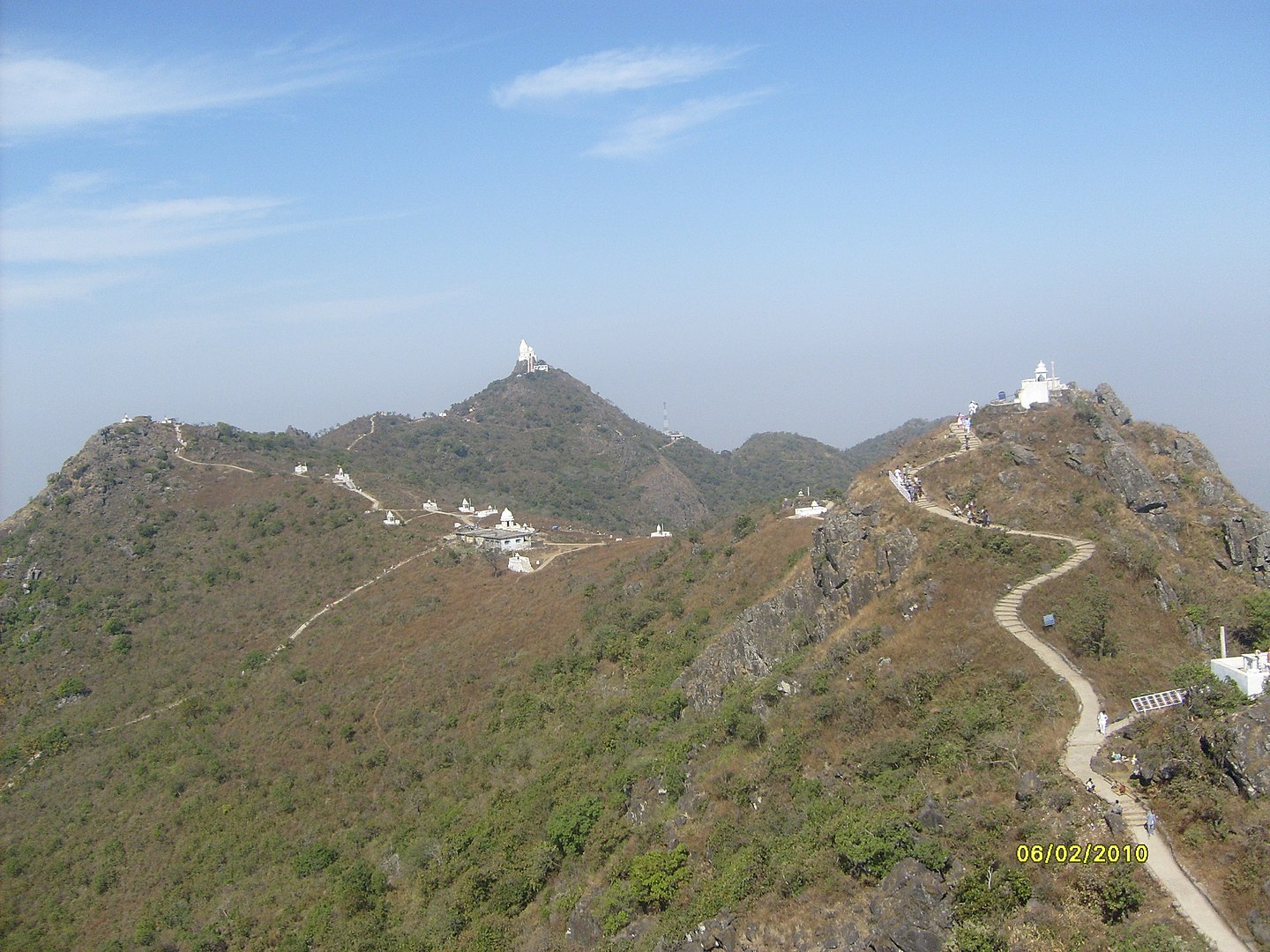 Visit Shikharji Temple At Parasnath Hills: The Pride of Jharkhand (2022)

Located at an altitude of 4480 feet, Parasnath is one of the holiest places in Jharkhand and India. One of the main reasons why this place is so popular among the Jain community in India is that it is home to the sacred Shikharji temple. As Parasnath is located only 35 km from Giridih town, most people visit this temple while visiting Giridih. Shikharji temple is so famous that Jain people from all over the world visit Parasnath to visit there. The main reason why this temple is so sacred to the Jain people is that it is believed to be the site where the twenty-four Jain Tirthankars attained salvation. Jains from all sects believe this temple to be sacred. It does not create any discrimination among them. The word Shikharji in English means “highest peak”. When you will reach the location, you will understand why the site is named Shikharji. As the temple is located at the highest point of Giridih, the area has been named to justify that attribute. Image Source

Moreover, local people believe that all the Jain Tirthankars used to meditate at this peak. When the monks used to meditate there, they used to reach the zenith of their concentrations or they used to reach the Shikhar of their meditation. That might also be the reason behind the terminology of the area. As we have told earlier, Shikharji temple is located on Parasnath hills. Now, this area’s name is Parasnath because it is believed that the twenty-third Tirthankar named, Parshvanatha used to meditate in this temple. This temple is not only popular among religious people, but also, it is famous among adventure enthusiasts and nature lovers. To reach there you will have to cover a distance of approximately 44 km by foot. For many people, it is a difficult challenge, but if you are physically fit, you will have no problem covering the distance. Usually, the total journey takes a little less than 12 hours to complete. As the Shikharji temple was constructed in the 18th century, the site has immense historical significance as well. When you will enter the temple, you will see architectural designs depicting the different tenets of Jainism. Some scriptures on the walls of the temple are written in Sanskrit. Apart from the carvings, there are many murals drawn on the extremely beautiful walls of the temple. Although the temple was built in the 18th century, the primary idol inside it is believed to be from 1678. Apart from the Shikharji temple, there are other temples located in the area as well. If you are interested in visiting the Shikharji temple, you will find this blog quite handy. Here, you will get all the necessary information regarding the temple and its location. By reading this blog, you will know everything there is to know about the temple.

The Route to Parasnath Hill

As we have said earlier, Shikharji temple is situated on the Parasnath hills. Now, as the distance between the temple and the nearest bus stand is around 27 km and there is no transportation available there, you will have to reach the temple on foot. Most Jain people, cover the entire up-down journey of 54 km by foot, but if you are not ready for such a tiring mission, you can get a Doli. A Doli allows you to be carried by a Doliwallah. By availing of this option, you will not have to walk the entire way. If you avail the Doli, you will have to travel through the paved pathway. In this path, you will see many roadside stalls selling light snacks, tea, water, and coffee. Most people prefer to avail of this path as it is comparatively safer and a lot of people take this route. While traveling through this route you will get to see other important temples. Some of the temples that you will get to see are Gandhara, Kunthunatha, Naminatha, Mallinatha, Suvichran, Padmaprabha, and others. 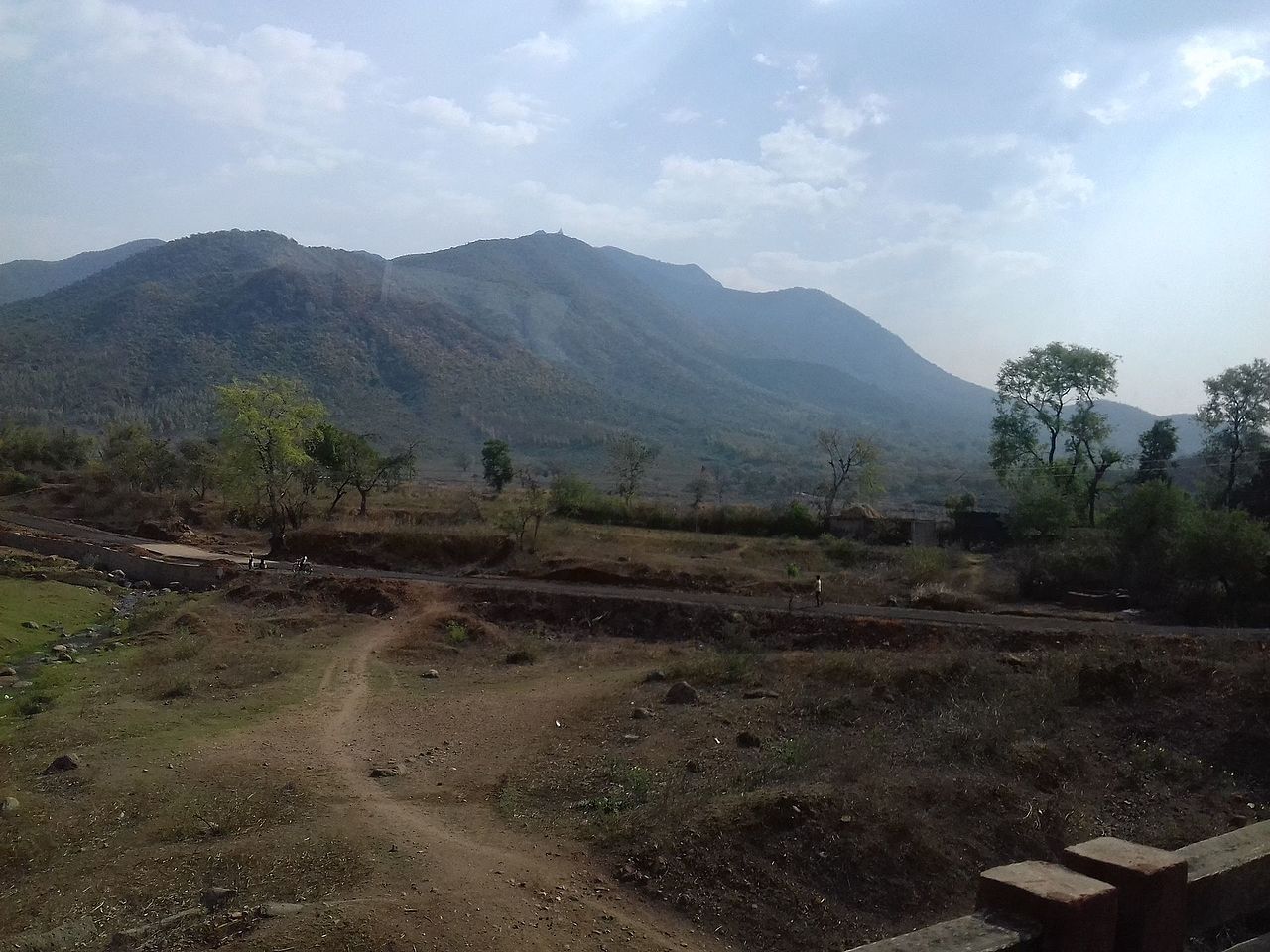 There is another way through which you can reach the top of the Parasnath hills. That path is known as the Parikrama. By availing of this path, you will have to trek through the Madhuban forest. Now, this route does not offer any other modes of traveling other than walking. But we must tell you that this route has a spectacular scenic view. In the intersection between the Shikhar and Gandharva Nala, there is an area that is considered to be quite holy for the Jain people. Even if you are not religious, you will fall in love with this route. You will be surprised to know that the Chief Minister of Delhi added this trip to Mukhyamantri Tirth Yojana. Before taking this pathway, you must know that it is generally quite secluded. One of the main reasons why this area is less traveled is that it is comparatively difficult to travel than the other path. Also, most people want to explore the other temples while visiting the Shikharji temple. If they take this route through the Madhuban forest, they will miss out on the other temples. The entire journey would take you around 12 hours on foot. 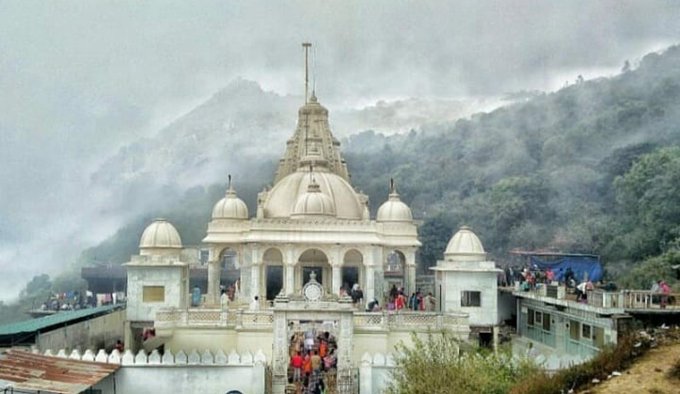 The nearest railway station from Shikharji temple is located in Isri Bazar, Dumri. The station is named Parasnath railway station and it is located 25 km away from the base of Parasnath hills. Now, you will find many trains from different major Indian cities that will take you to Parasnath station. There are regular trains available from Mumbai, Ajmer, Patna, Allahabad, Kolkata, and others. If you want you could even go there by availing of the Howrah Rajdhani Express.

If you are not interested in traveling to Parasnath by train, you could go there by availing an airplane. The nearest airport from Parasnath hills is located in Durgapur in West Bengal. The journey from the airport to the temple would take you around four hours. Otherwise, you can avail of Ranchi airport that is a four and a half-hour drive from Parasnath. It will be better for you if you get a plane to Ranchi airport as it is more connected to other Indian cities than the Durgapur airport.

As Parasnath hills are located near Giridih, there are many famous tourist spots located there. We are including some well-known sightseeing spots in the following section of the blog. When you go to Shikharji temple, do not forget to visit the sites mentioned below.

Located at a one and a half hour-drive from Parasnath Hills, Usri waterfall is one of the most beautiful waterfalls in India. As the altitude of this fall is around 39 feet, you will be in awe of the cascading water. Moreover, this site is located amid the lush greenery of the Giridih forest. That is why the area surrounding the waterfall has breathtakingly beautiful scenery as well. Most people visiting there, love to have nice picnics with their loved ones. 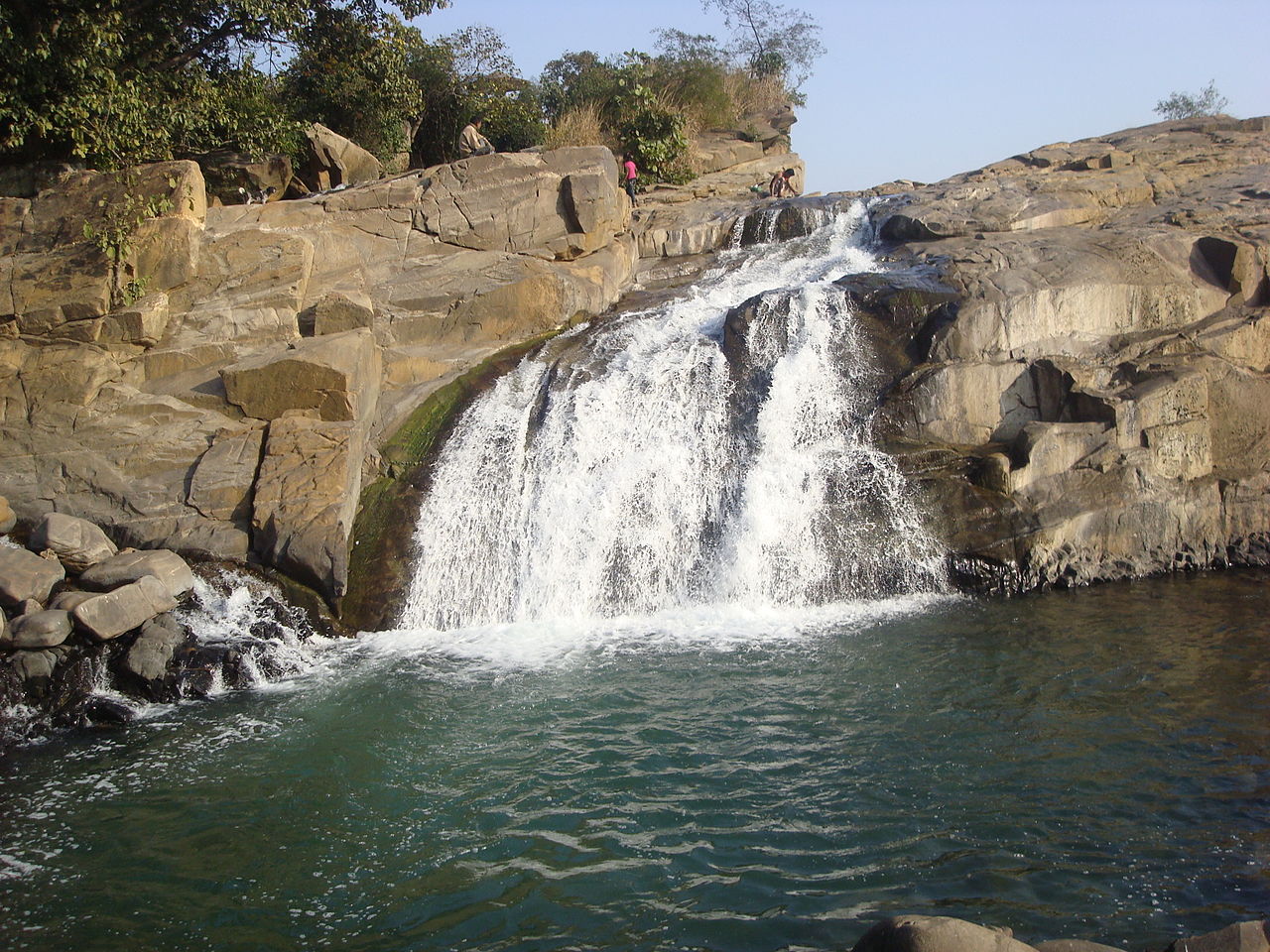 The distance between Parasnath Hills and Usri Waterfall: 49.8 Km.

Khandoli Park is one of the most interesting places in Jharkhand. The park is built by the Khandoli hills that look like a saddle. As the hills are made of Granitoid gneiss, it has massive boulders surrounding it. To make this hill more popular, the Urban Development department of Jharkhand, created a park over there. This park is quite well-maintained and contains a lot of different varieties of plants and animals. If you go there, you can participate in boating or you can relax by the Khandoli lake.

The distance between Parasnath Hills and Khandoli Park: 47 km.

Jain Museum is a great site to know the history of Parasnath hills. As the museum is located right at the foot of Parasnath hills, you will have no problem visiting there while exploring the Shikharji temple. In this museum, you will witness manuscripts, idols, and scriptures that are important for the Jain community. You will gain a lot of knowledge by studying the history of Madhuban. 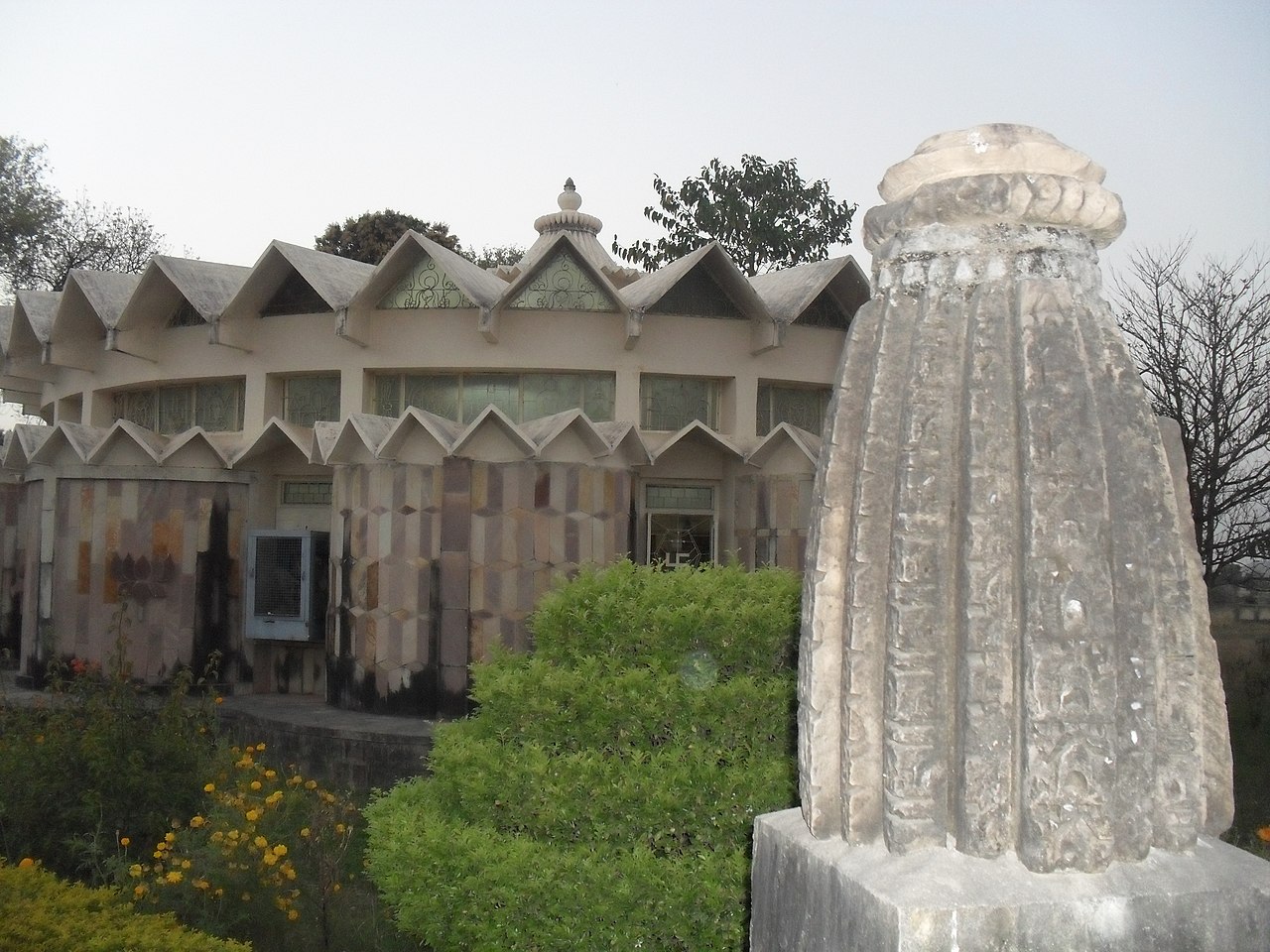 The distance between Parasnath Hills and Jain Museum: 9 km.

We are including some of the best hotels to stay in Parasnath hills in the following section of the blog. They are given below.

Located only 4 km from Madhuban bus stop, Hotel Sapna is the only well-maintained establishment located near Shikharji temple. As the hotel is situated right at the foothills of Parasnath, you will be able to start your trek to Shikharji quite easily by staying over there. There are five rooms at this hotel that are all quite well-maintained. As there is a restaurant inside the hotel, you will get to eat delicious vegetarian dishes from the comfort of your hotel room.

Located only 1.5 km away from Parasnath Hills, Shikharji Continental is one of the most convenient hotels to stay over there. With an in-house eatery and clean rooms, this hotel is quite good for spending a day or two while exploring the Shikharji temple. You will easily be able to see Parasnath hill while staying in the hotel.

Price of a room per night: Not available.

Located quite close to Madhuban forest near Parasnath Hills, UP Prakash Bhawan is one of the best hotels to stay over there. This establishment is quite well-maintained. Inside its premises, a massive Jain temple has been constructed. You will have a peaceful stay if you opt for this hotel. As a cafeteria is present on the premises of the hotel, you will have no problem in ordering delicious vegetarian food from there.

Price of a room per night: Not available.

Shikharji temple is one of the most historically significant temples in India. If you plan to visit the temple this year, do remember to study this blog carefully. As the route for reaching the site is not straightforward, some might find the journey pretty difficult. But if you read this blog, you will have no problem in planning the correct itinerary for your trip. 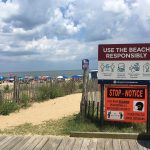 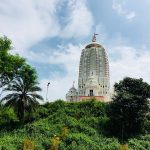 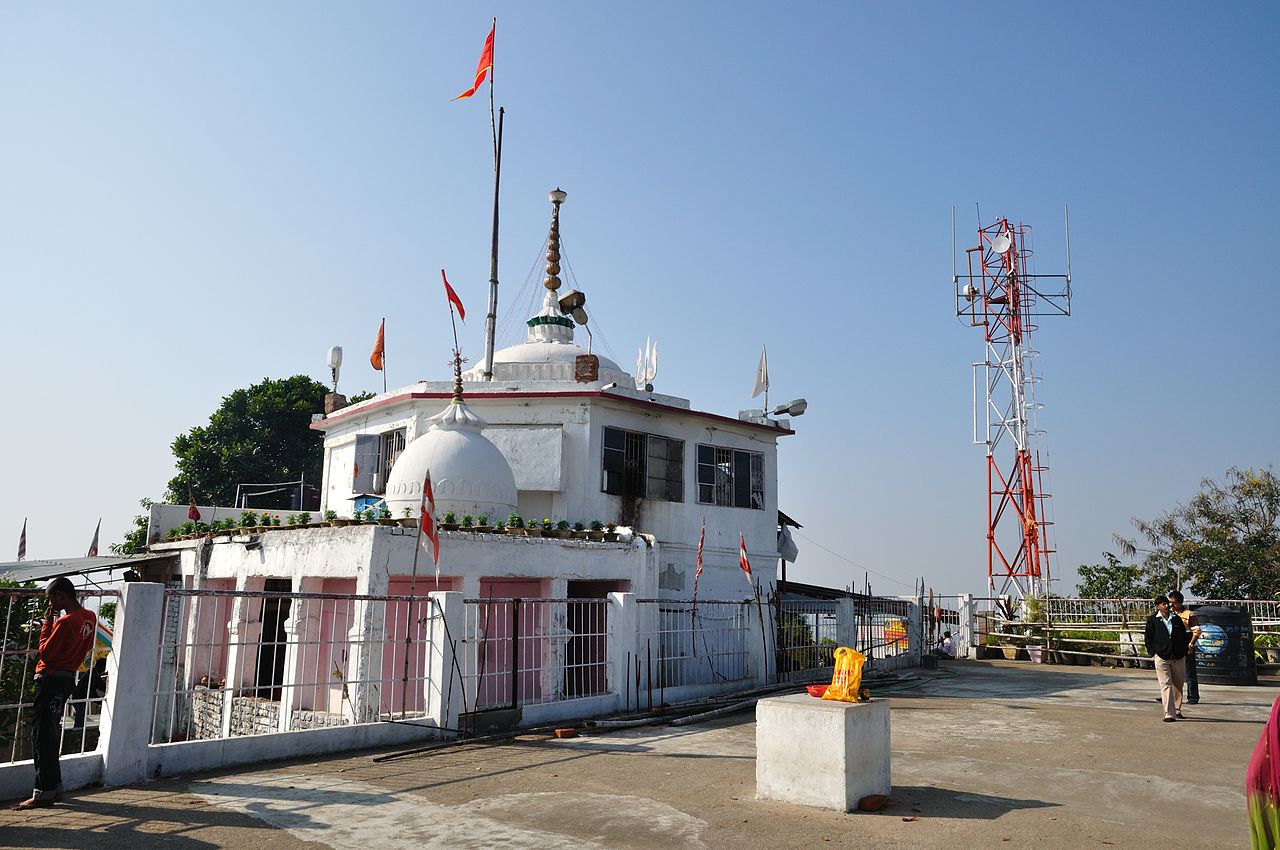 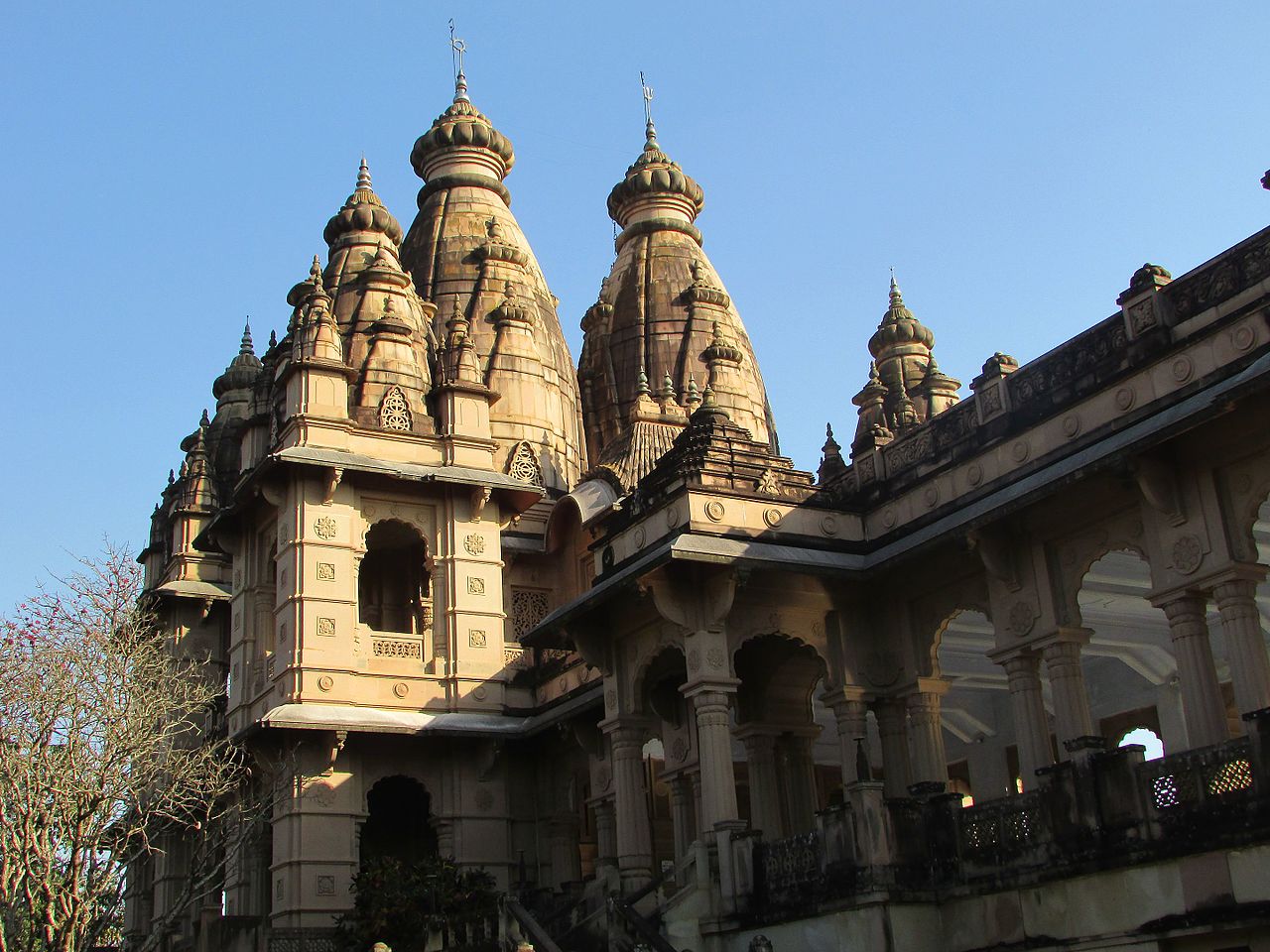 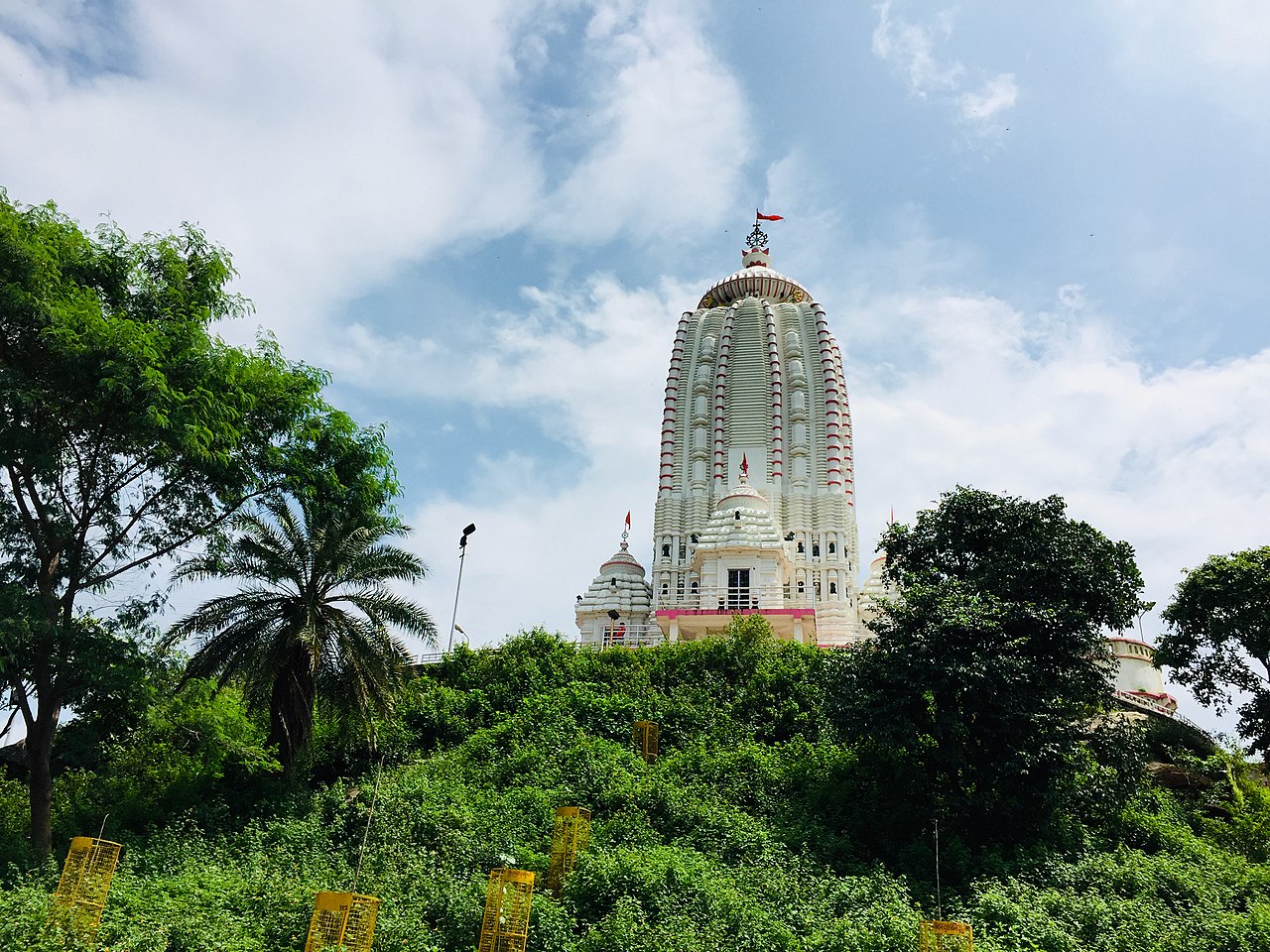