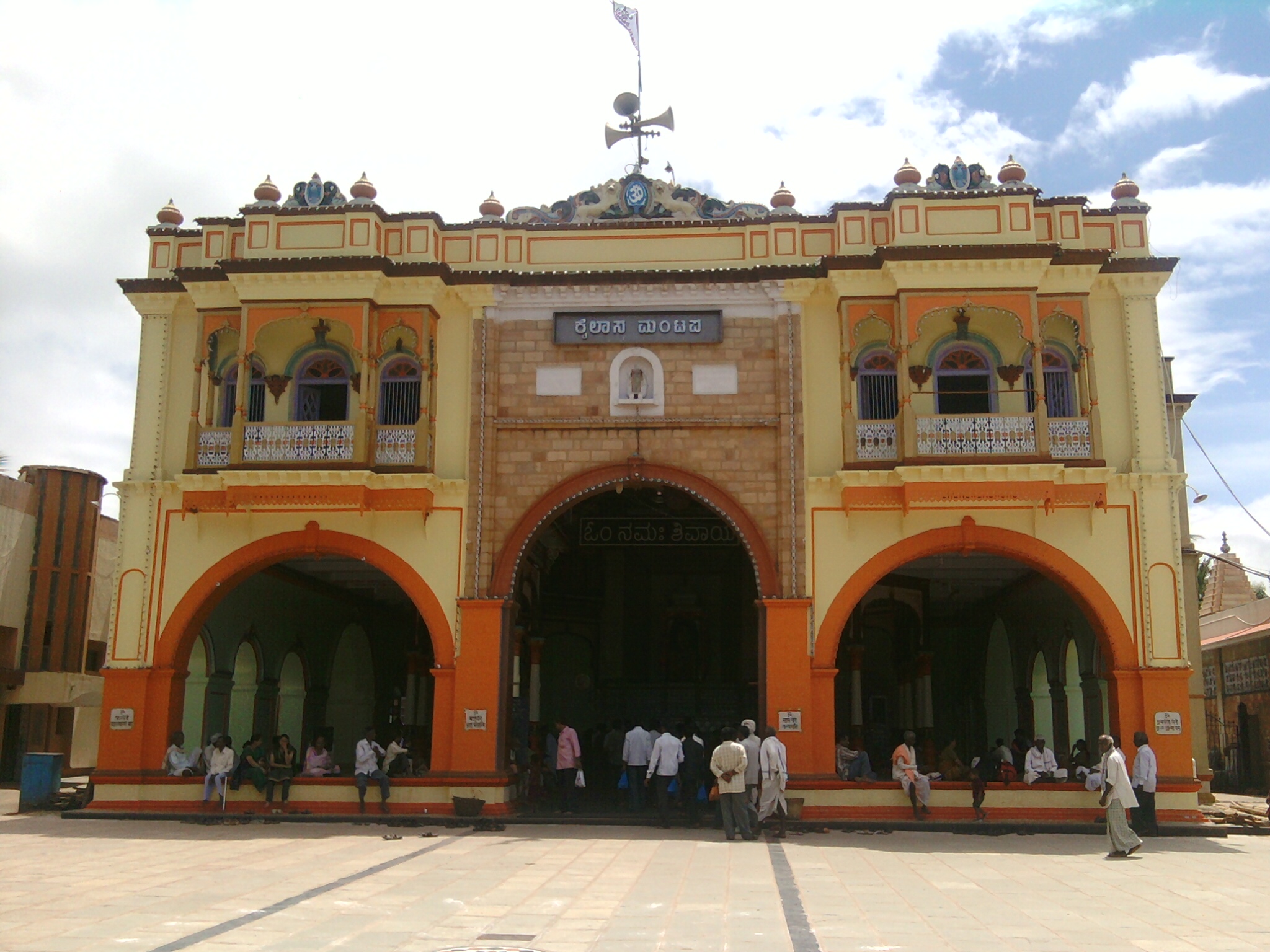 Making the decision regarding the destination of vacation or holiday can be a challenging task. Usually, vacation trips are taken with families and friends. However, people have started traveling alone as well to spend time with themselves. There are various tourist destinations in India to visit, but you must explore southern India if you haven’t yet. Most of the people like to travel in the northern cities of India due to its climate, but South India has a varied culture that is, however, to be discovered by the tourists.

After Bangalore, Hubli is the largest city with tourist places in Karnataka. Hubli is also popularly called Hubbali by the locals residing there. The Kannada word Hubbali implies ‘flowering creeper.’ The second-largest city of Karnataka is also the fastest growing city in southern India. Hubli is a beautiful city in Karnataka, where you can see the merger of the city lifestyle and village culture and festivals. Dharwad, a city, located 20 kilometers from Hubli, is also considered a part of the city.

It is essential to know the history of a place that you are going to visit for your vacation. When Vijayanagara Empire was in rule, the city developed in business with cultivation and exports of cotton and iron. It was named Rayara Hubli or Purballi or Eleya Purvada Halli by the empire. However, things changed when the Mughals started ruling the city in the 17th century; they extended the area of Hubli to Majidpura. 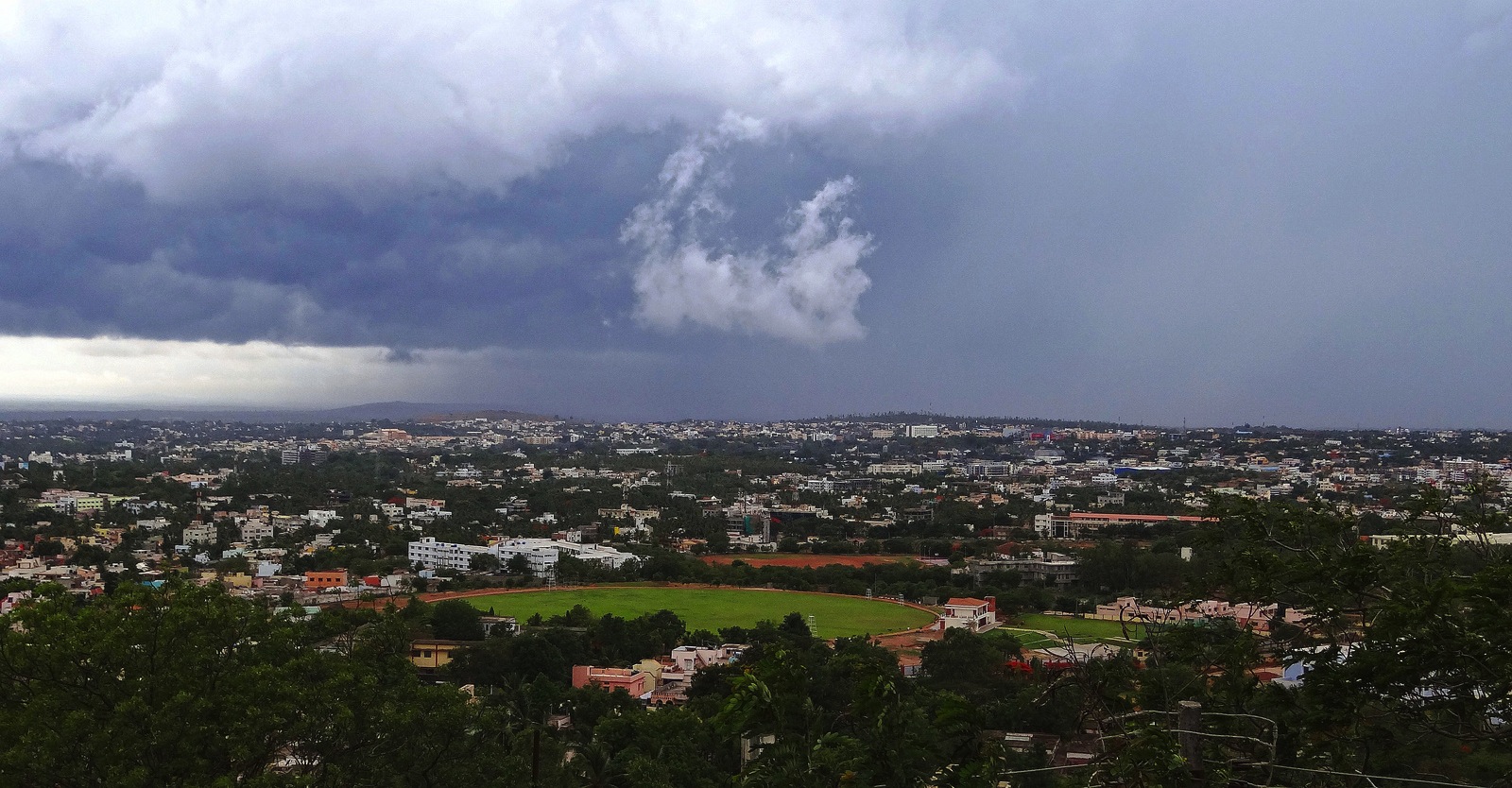 Even after being ruled by several monarchs, the city was reconstructed by Basappa Shettar. He was a trader from Durgadabali, a village falling under the area of Hubli. The town was then taken over by Hyder Ali and then Marathas. But when the British rule started, Hubli got a new railway station and converted into an industrial space. The locals of the city can explain to you the stories related to Hubli’s history first-hand when you visit the place.

Enjoy the Culture and Festivals of Hubli

The Hubli city has a giant industry of cotton and other textiles. The initiatives in Hubli are proliferating. To put control of the exploitation of the town, the state has established the Karnataka Chamber of Commerce. Since the land of Hubli is very fertile, agriculture also flourishes well in this town. Consequently, tourists keep visiting the city throughout the year to see must-visit places in Hubli. 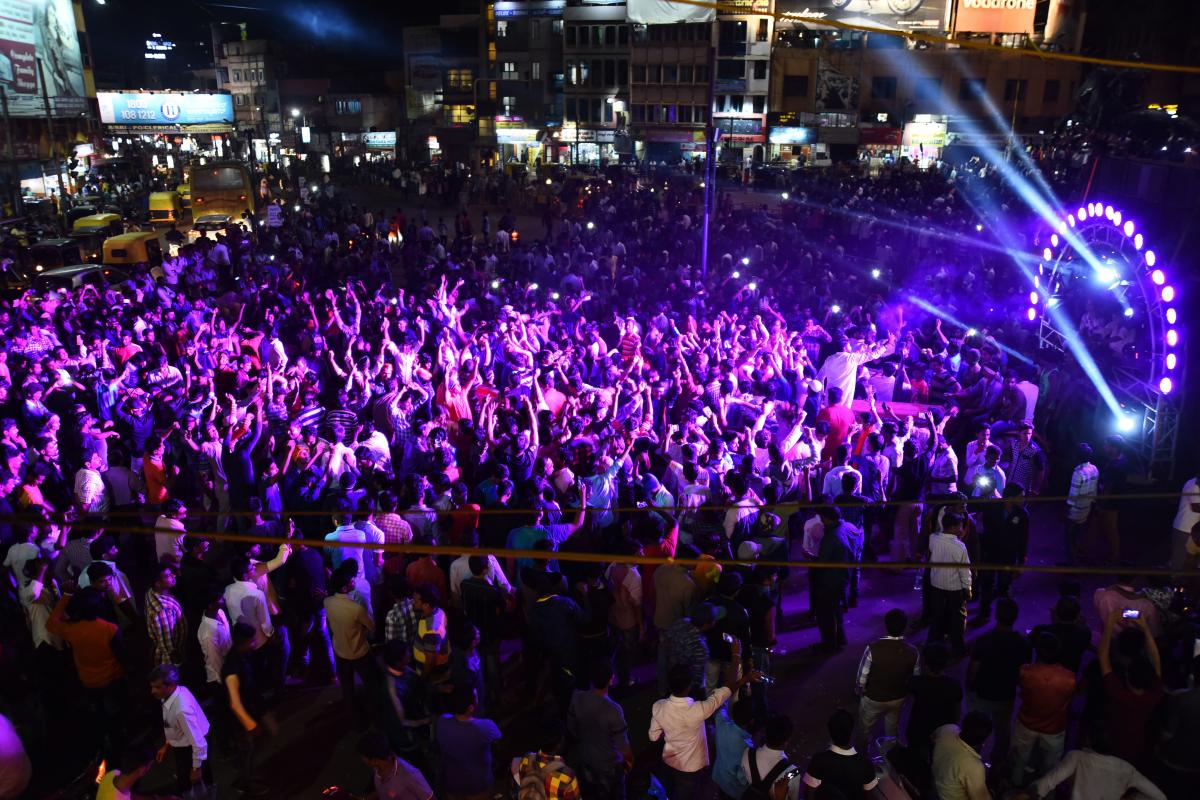 Nevertheless, the city has kept its culture intact. When you visit the city, you can see people of all religions enjoying all the festivals like Diwali, Holi, Ganesh Chaturthi, Eid, and Christmas. Hubli has a religious mix of people, which makes it a multicultural city, but Ganesh Chaturthi is the festival that is celebrated here with magnificence.

Why is it called “Chota Mumbai” (Mini Mumbai)?

The city of Hubli is called Chotta Mumbai by the people of Karnataka. This is because Hubli has emerged as the fastest-growing city, surpassing all developments. Major plants of southern India are established in the town. Looking at the age of its industrialization and commercialization, it will soon become Mumbai.

That is why people all over the world plan vacations for several places to visit in Hubli. Even the standard of living and lifestyle of people living in Hubli have improved because of employment and education. Hubli will only tend to become larger and larger by the volume, area, and population.

The Math was built to pay respects to Shri Sidharoodha Swamy. He was a personality who defeated the caste system by various practices and condemned those who supported casteism. A lot of people visit his ashram throughout the year to meditate and seek peace.

As the name itself explains, the garden is built around a vast building covered with glass. Most tourists visit the place to rest and enjoy some leisure time with their family and friends. A unique flower is preserved inside the glasshouse. You can also enjoy various cultural shows and botanical presentations while being surrounded by nature. 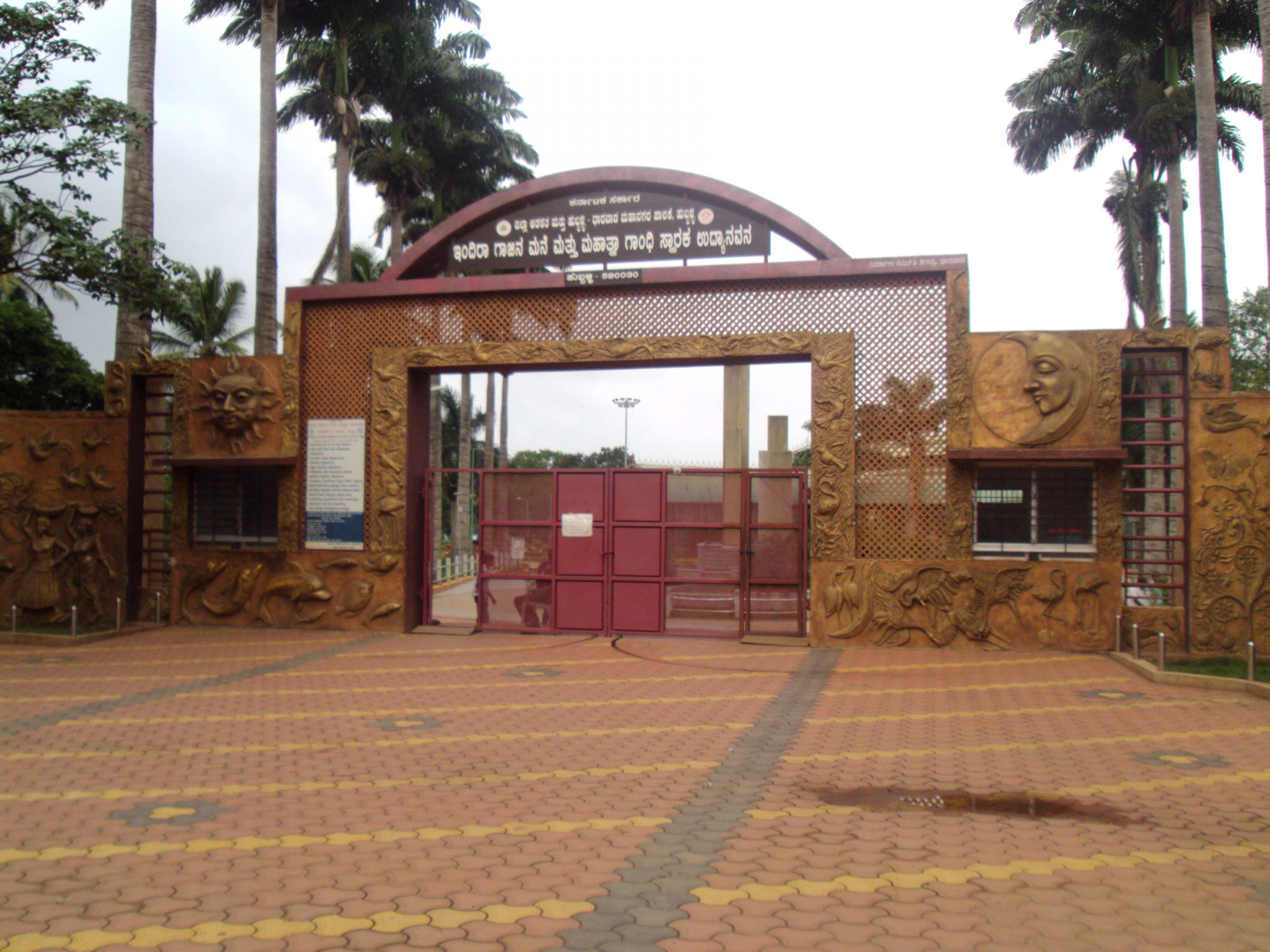 Any city is incomplete without a water body. The Unkal Lake of Hubli is one of the best places to visit in Karnataka. Boating is available at the lake; you can also enjoy bird watching. Amidst the lake, a huge statue of Swami Vivekanada has been placed where several birds sit in the evening. The picturesque view of the lake from the park beside it is breathtaking.

This place is the topmost spot in Hubli city. It provides a beautiful view of the entire city along with Unkal Lake. Many tourists and locals also go hiking on the hill. It is surrounded by forests so that you can feel one with nature to get away from the chaos of the city. 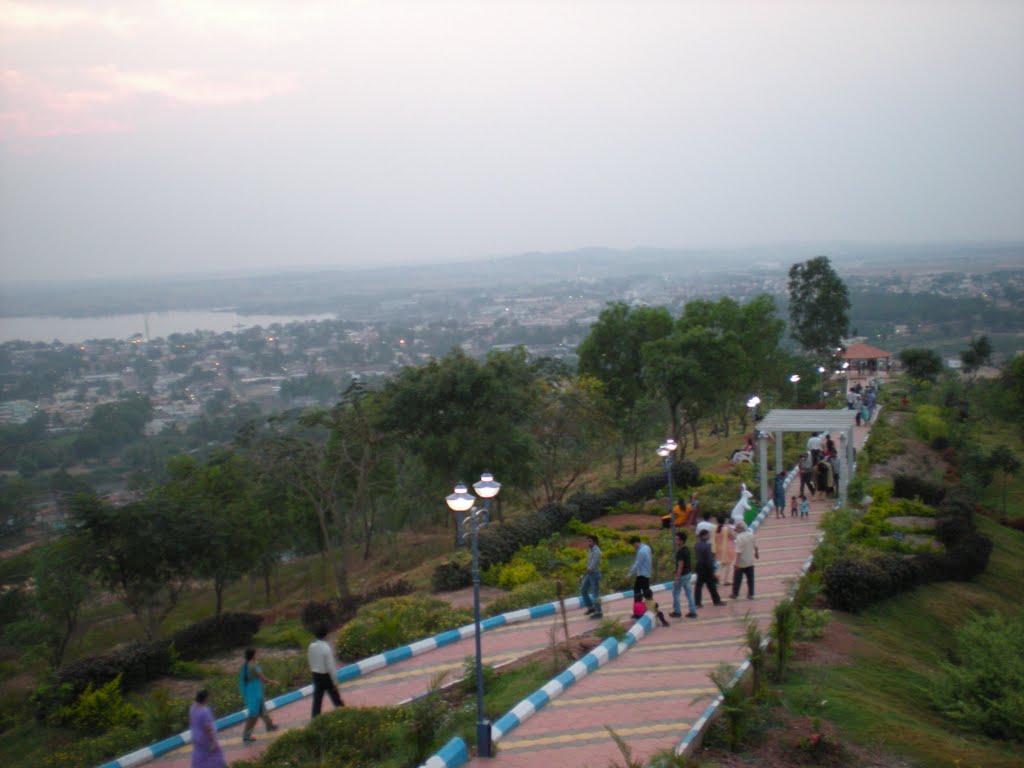 Things To Know Before Going Hubli

How to Reach Hubli?

There are various modes of transportation through which tourists can reach Hubli easily.

By Air- All the flights are well-connected with the domestic airport of Hubli. Tourists can board flights from metropolitan cities to reach Hubli. You can even take the bus and cab service to get to your destinations.

By Rail- Hubli railway station is adequately connected with all the cities because it is the center of the Southern railway network. Hence you can take a train from any part of India to reach Hubli.

By Road- The city is an industrial hub, that is why you can travel by road from any part of India to Hubli. Buses from KSRTC are also available for intercity routes and for tourists who do have personal vehicles.

Usually, tourists do not like to make vacation plans during summers. But if you do, then Hubli is not the place for you. It has humid and dry weather throughout the year. Between February and June, the summers are typically hot. However, the Ganesh Chaturthi festival is the best time to visit Hubli since you can enjoy all the festivities.

Hubli is considered to be the capital city of northern Karnataka. The city is a commercial space that is rapidly growing every day. People have started their business ventures; many large scale factories are being established by the businessmen to see a promising future. Many cities in India have lost their charm because of development and industrialization. However, Hubli seems to maintain the striking balance between industries, culture, and nature. That is why you must visit this place when you are planning for your next vacation trip. 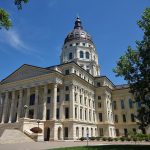 Kansas Tourism: 9 Best Places To Visit If You Are In Kansas (2023) Previous 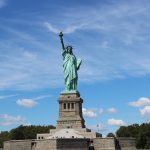 Visit Statue of Liberty in New York, USA: The Most Visited Tourist Attraction (2023) Next