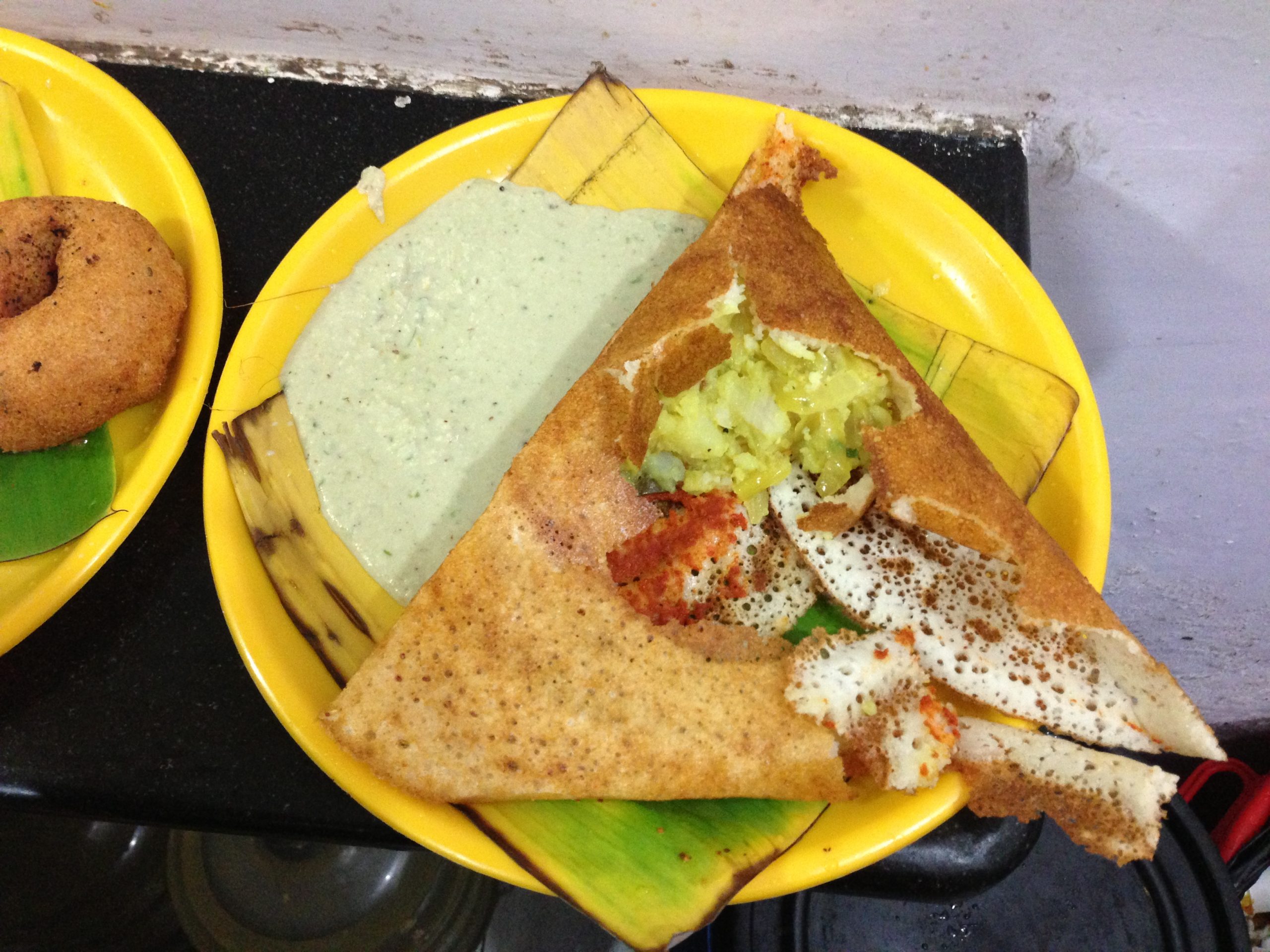 Mysore is famous for its palatable food in addition to the rich culture and ancient heritage. Like most south Indian places, one can find the Dosa, sambar, and Idli but there is something peculiar about the Dosa and Idli you will find in Mysore. Mysore food is influenced by the Udupi style but has added its variations to the food here. Although you would find the exclusive food joints and restaurants where one can find pizzas, burgers, continental, Chinese and other cuisines but the local cuisine has everyone’s heart and remains the most famous of all.

Here Is A List Of Things You Must Eat & Where While Visiting Mysore:

1. Mysore Pak: The name says it all. The most famous delicacy and sweet dish in the state of Karnataka are Mysore Pak. It is cooked with very simple ingredients yet every bite of this sweet keeps you yearning for more. There are two stories associated with the origin of Mysore Pak. The royal cook Kakasura during the reign of Krishna Raja Wadiyar IV in the late 19th to early 20th century made this sweet with minimal ingredients. When asked by the king about the name of the dish Kakasura came up with a name spontaneously and called it Mysore Pak. Another story says the king asked Kakasura to make something delectable for a feast hosted by the king which would leave everyone asking for more and kakasura came up with Mysore Pak which melted as soon as it is put in mouth. 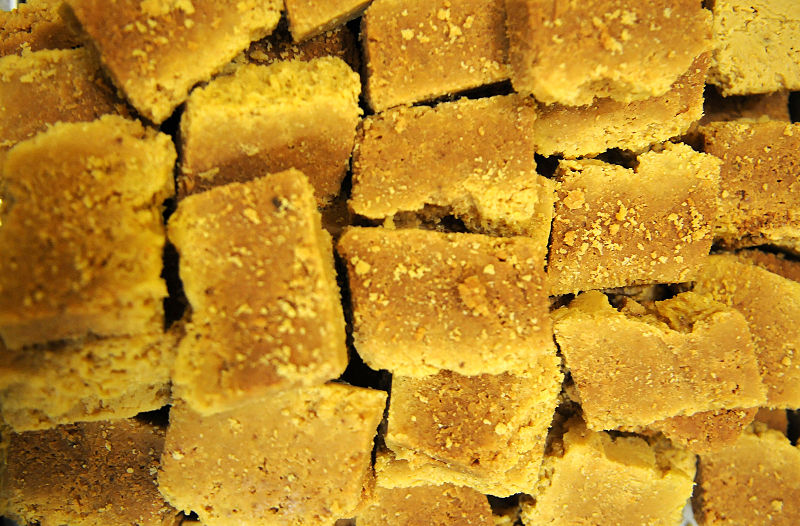 Where To Eat: The most famous place to eat Mysore Pak is Guru Sweet Mart on Sayyaji Road in Mysore owned by the next generations of Kakasura Madappa.

2. Mysore Masala Dosa: Dosa is supposedly the most famous south Indian food item. It comes in all forms. Most commonly made of a thin batter of rice and urad dal. People like it in all different avatars. Some like it thick and soft, others like it thin and crispy. Some like it stuffed with a mixture of potatoes while others like it plain. You will find all varieties of dosa in Mysore while Mysore masala dosa remains the most famous of them all. It is almost like other varieties of dosa except it has a red garlic chutney smeared on the inside.

Where To Eat: The most famous place to eat Mysore masala dosa in Mysore is Vinayaka Mylari Hotel in the city which serves dosas only.

3. Pulao: Mutton pulao at Hanumanthu mess is the favorite breakfast for local people in Mysore. Eating mutton pulao in the morning is something everyone can do. However, the mutton pulao is so famous that the place runs out of it pretty quickly. If you want to eat this pulao, you have to go to Hanumanthu mess early so you do not miss out on this city’s favorite delicacy. The place serves all day and has other food items including chicken dishes, mutton chops, and liver fry, etc. 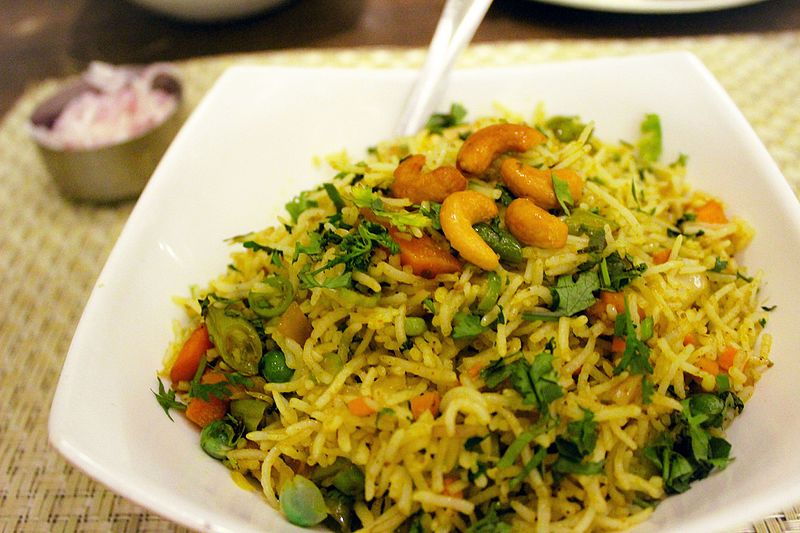 Where To Eat: Hanumanthu mess is located in Mandi mohalla. Do not miss mutton pulao when you are visiting Mysore.

4. Mysore Mallige Idli: Mallige is also known as jasmine. The idlis famous in Mysore are made up of Jasmine rice are very soft and texture and have a classic white color. Mysore has a variety of idli. These idlis can vary in size in shape from a small piece to the size of a small place. They are the most favorite breakfast item in Mysore and is typically served with coconut chutney. You will find idlis for breakfast in Mysore at a local stall or a 5-star hotel and both will have their taste. Some vendors also sell fried idlis which are worth trying too. 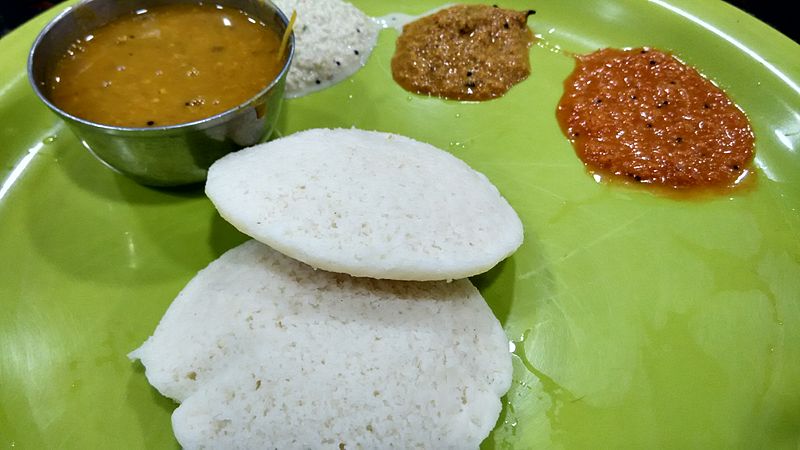 Where To Eat: The best places to eat Idli in Mysore are Vinayaka mylari hotel, Gayathri tiffin room, and hotel Nalpak.

5. Churmuri: Churmuri is a famous treat in Mysore typically made of puffed rice and served with spiced and roasted or fried peanuts, chopped onions, tomatoes, chopped cucumber, carrots. The authentic churmuri looks like bhelpuri but it had no liquid dressings and is served in a paper cone. There are small hawkers selling churmuri in streets everywhere in Mysore. Next time you are in Mysore and see a vendor with puffed rice on their stall you got to try that. 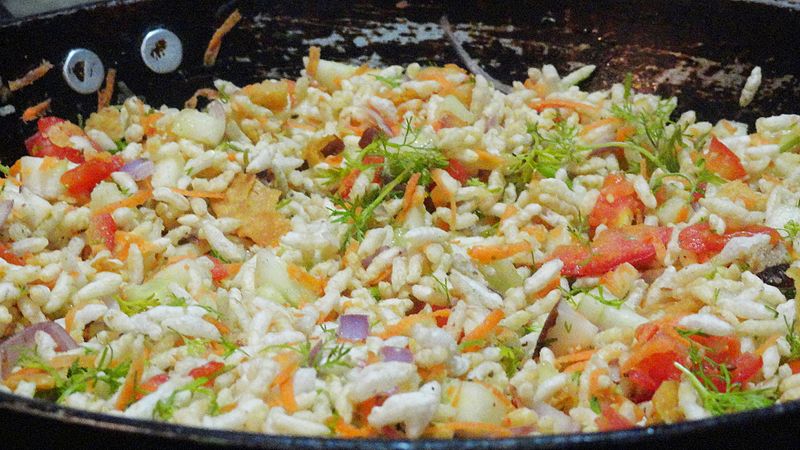 Where To Eat: Gandhi square in the night has many hawkers selling churmuri. 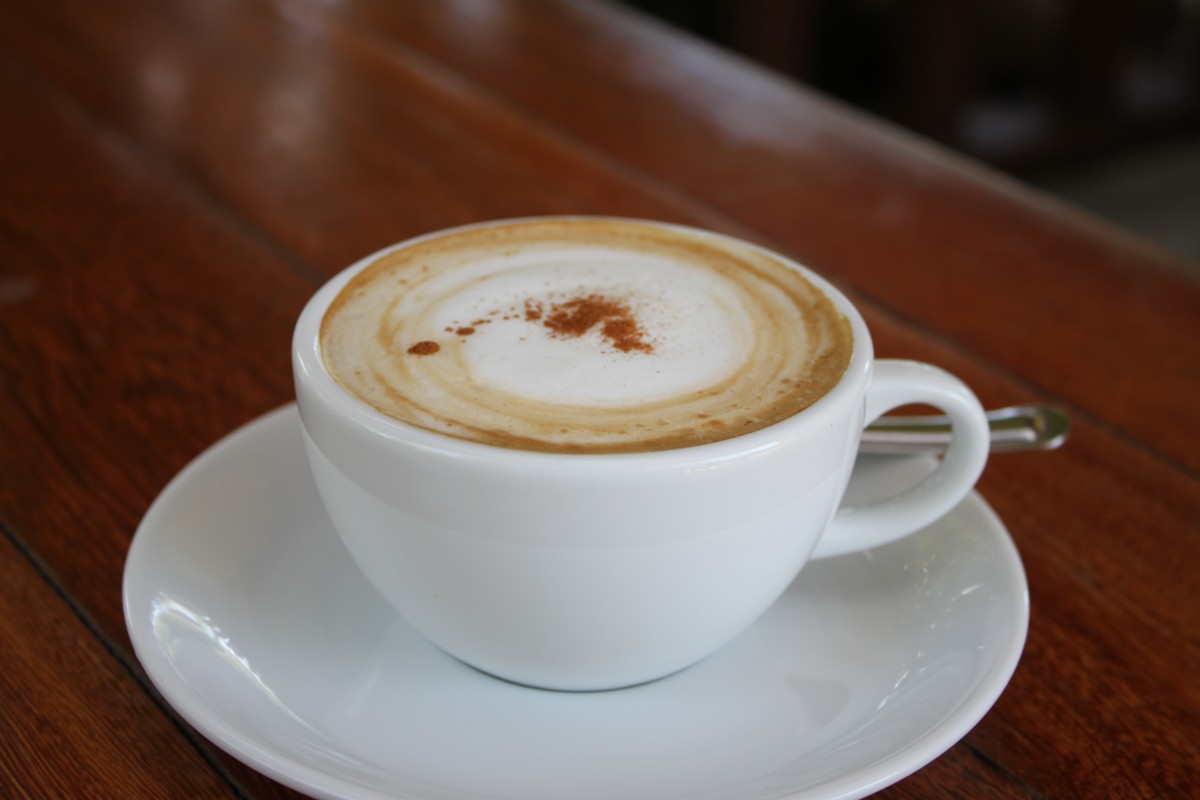 Where To Eat: You can try the famous filter coffee at Hotel Dasaprakash for the old world feel. This place is adorned with old word décor and the furniture which would make you feel drinking coffee in an old culturally rich Mysore city.

7. Mysore Bonda: Bonda generally is around or Oval dumpling available in many parts of India. Bonda in Mysore is available and sold as small round balls made of spiced mashed potatoes mixed with onions and dipped in batter and fried in oil. They are typically served with coconut chutney and sambar. This is also a very famous breakfast item in Mysore however, it is eaten as an evening snack too. 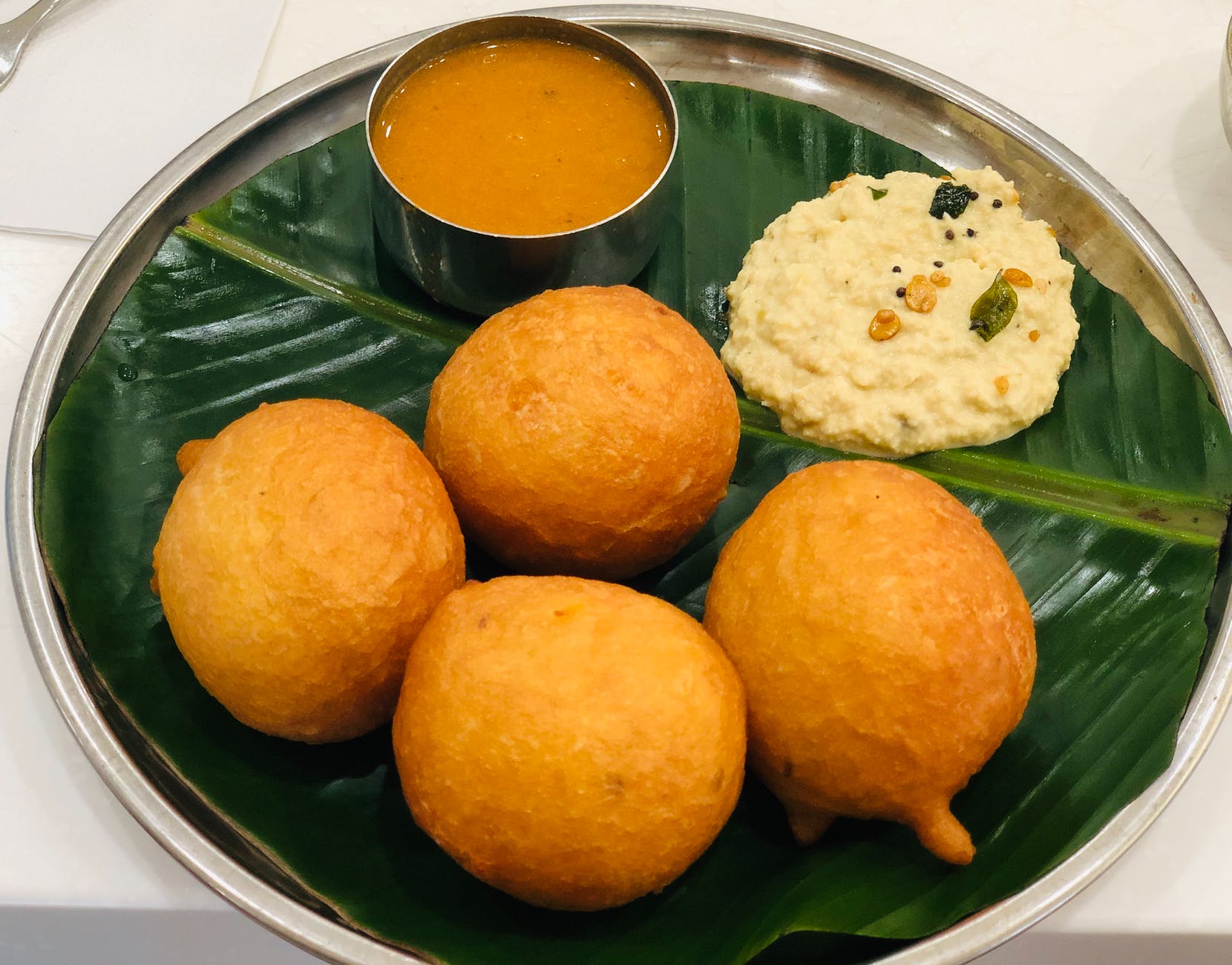 Where To Eat: You can get the best Mysore bonda at Suvarna Bhawan in Kuvempunagar. 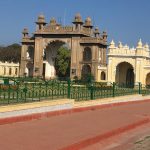 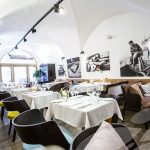 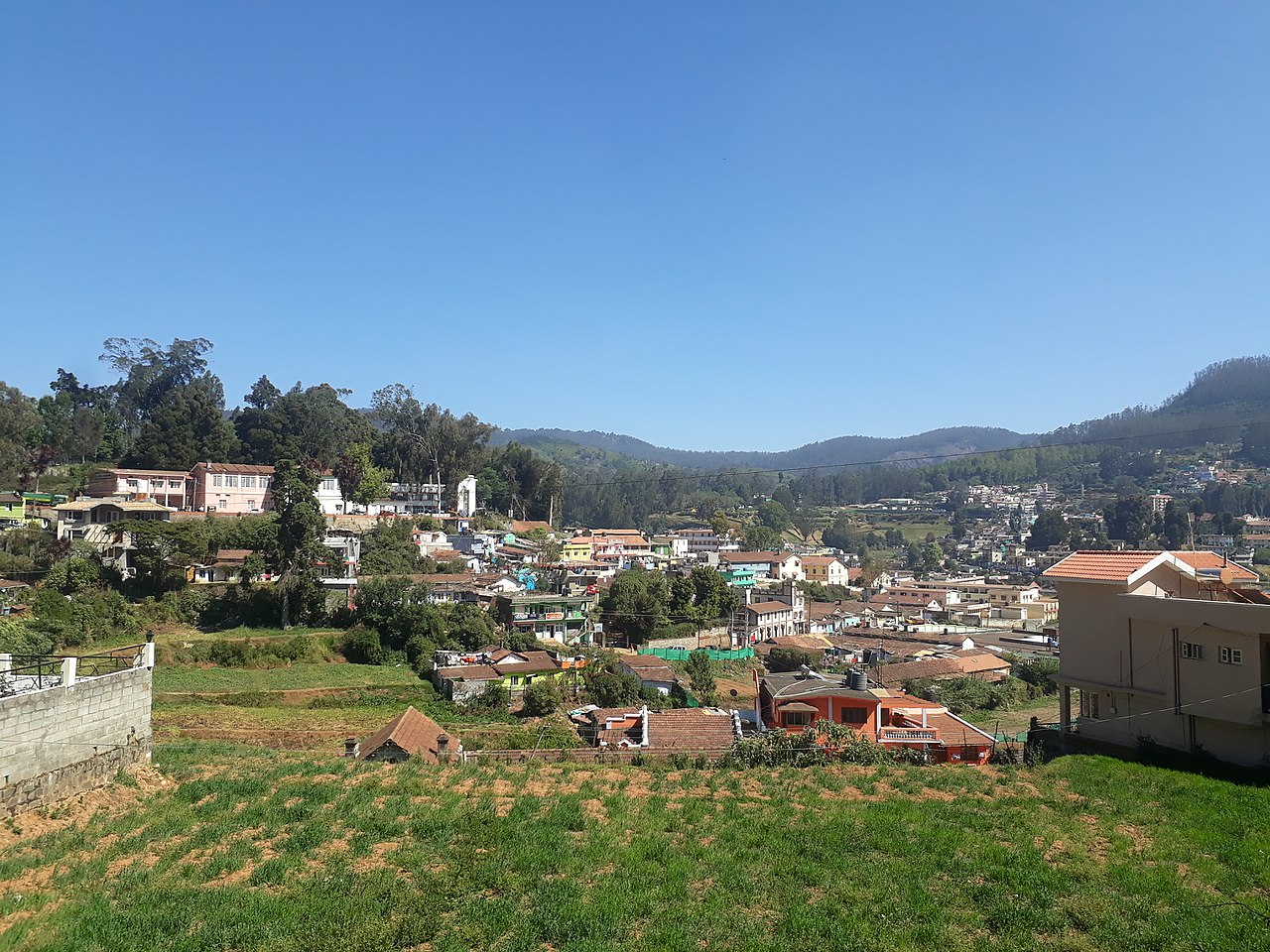 5 Most Popular Weekend Destinations from Mysore (2022) 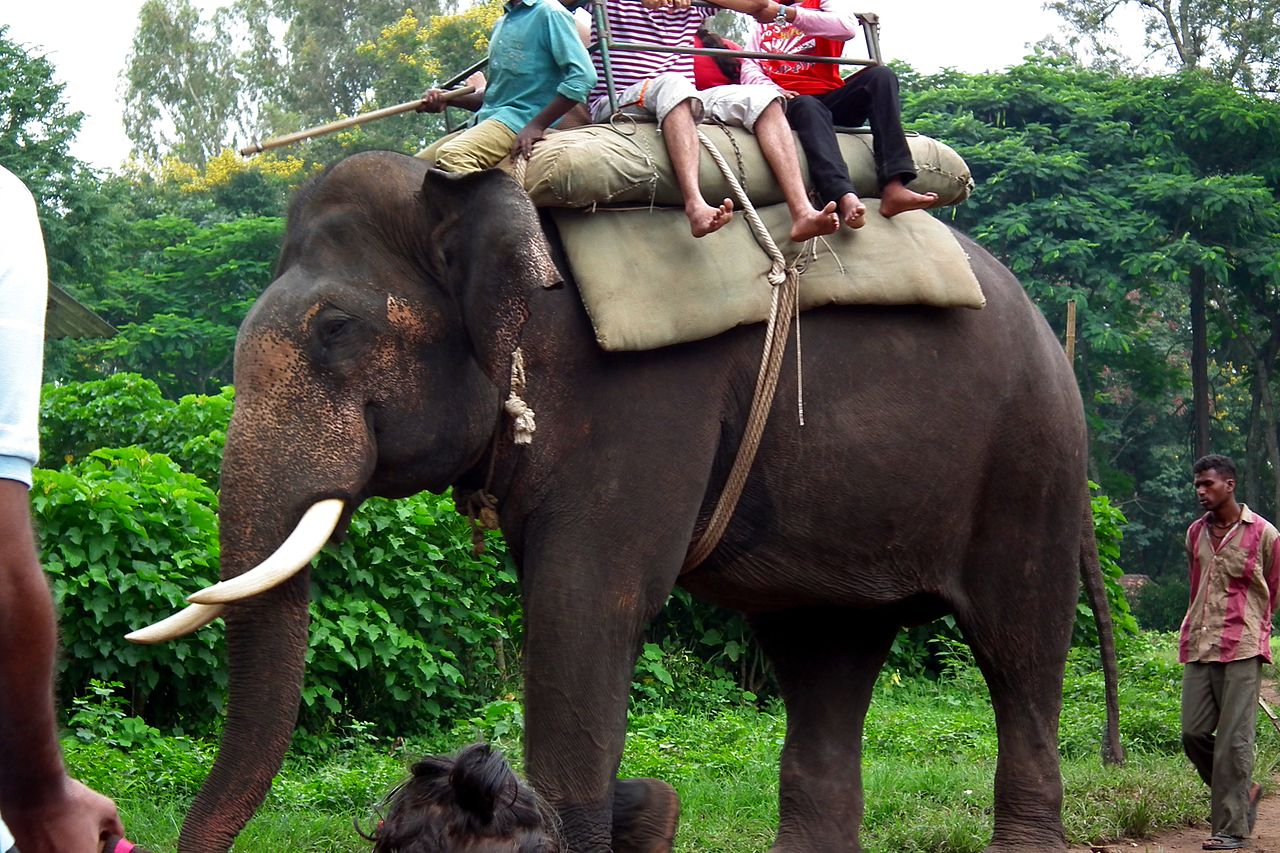