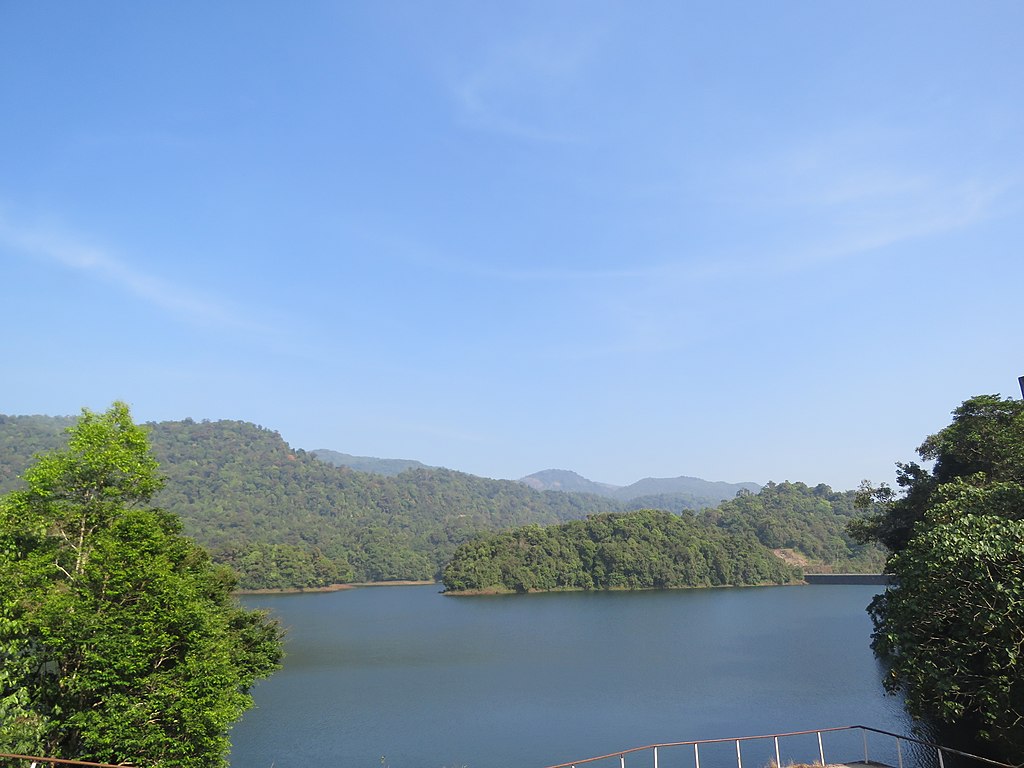 Also known as Calicut, Kozhikode is known as the colonial city of trade and tourism in Kerala. Kozhikode was once the capital of Malabar during the Zamorin rule nearly 500 years ago. It has always been famous for being a centuries-old trading center for cotton and spices. Kozhikode has traditionally been one of the largest trading partners of the Arabs, Chinese, Phoenicians, and Jews.

Located on the banks of the majestic Arabian Sea on the west and having the magnificent peaks of the Wayanad Hills to the east, Kozhikode is known for its beautiful golden beaches, dense green countryside, many ancient historic sites, and many popular tourist attractions.

Here are some of the famous tourist attractions of Kozhikode that you must check out when you are in this beautiful coastal city.

When you think of the famous backwaters of Kerala, you normally tend to imagine either Alleppey or Kumarakom. The backwaters of Kozhikode remain a well-kept secret. The backwaters are a unique feature of Kozhikode, surrounded by abundant natural beauty, exotic flora and fauna, and dense lush greenery. The lakes and canals are decked up with stunning beauty as you make your way down the backwaters in a traditional Keralan houseboat.

The backwaters, being a part of the river system, have little to no current, making it easy to indulge in boating here. The Canoli River and Kallai River are two of the most beautiful backwater streams, providing a magnificent opportunity for visitors to explore the landscape of Kozhikode from up close. 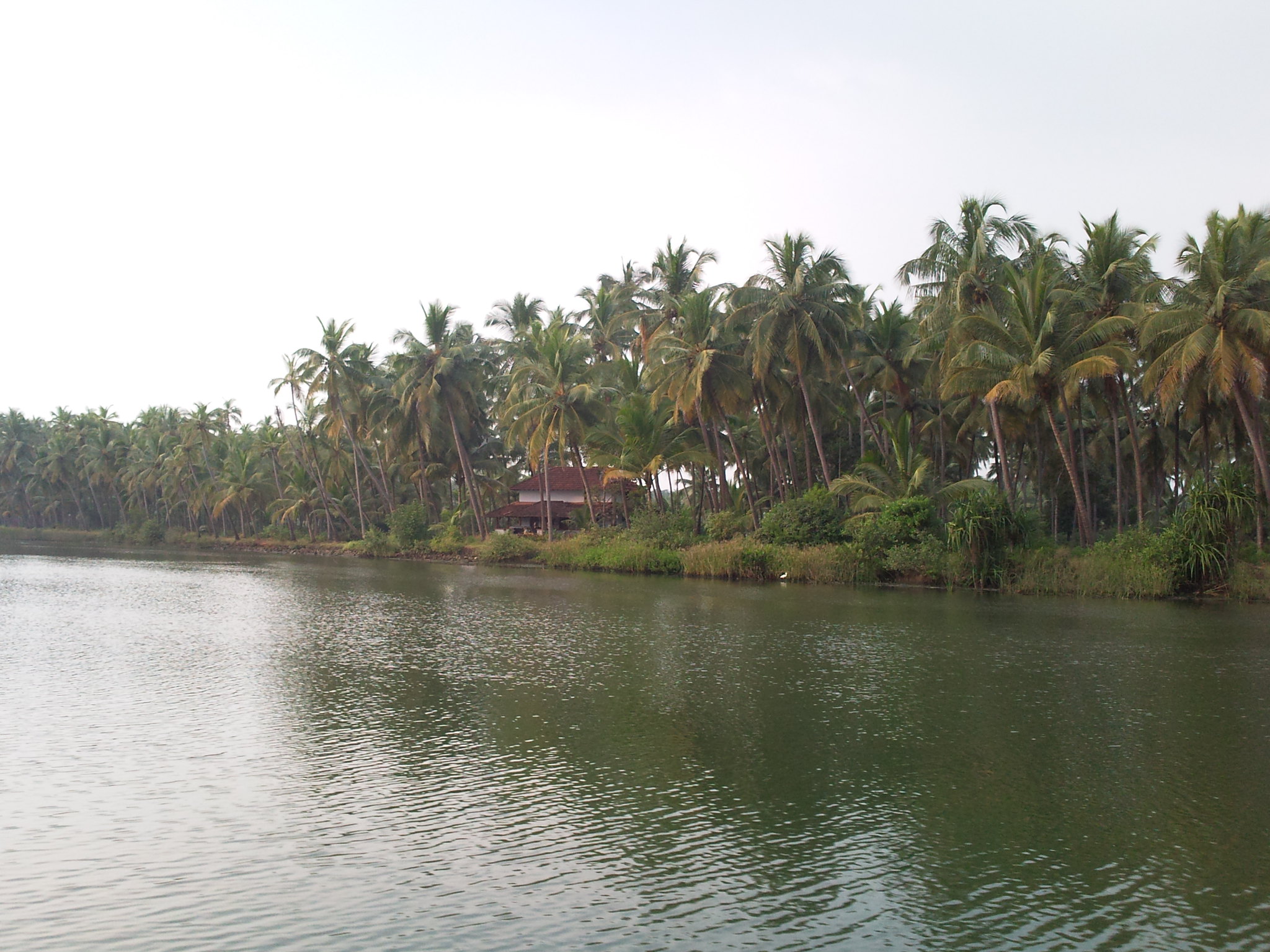 The Kozhikode backwaters are said to be one of the most laid-back backwaters of Kerala as there is not much of a crowd here. The simple lifestyle of the people of Calicut that you will witness here will simply win your heart. The rhythm of the gentle backwaters and the delicious, fresh seafood being served on the houseboat will make it an experience to remember.

If you book a backwater cruise along the Canoli and Kallai Rivers, it will take you through the beautiful paddy fields, coconut lagoons, coir villages, and narrow canals.

When Is The Best Time To Visit The Backwaters?

The climate in Kozhikode is always pleasant and rejuvenating, regardless of what time of the year it is. However, if you really want to have the best experience cruising the backwaters, you should plan your trip just after the monsoon season, when the water bodies are full to the brim and stable, and the surroundings are bathed in greenery.

The Kozhippara Falls is located on the border of Kakkadampoyil on the Calicut-Malappuram District that divides the Malappuram District. The waterfall is situated in the Kuthradampuzha river area. The waterfall is a stunning sight to behold. The Kozhippara Falls is best known for swimming, bird watching, and there are many trails nearby for jungle trekking. 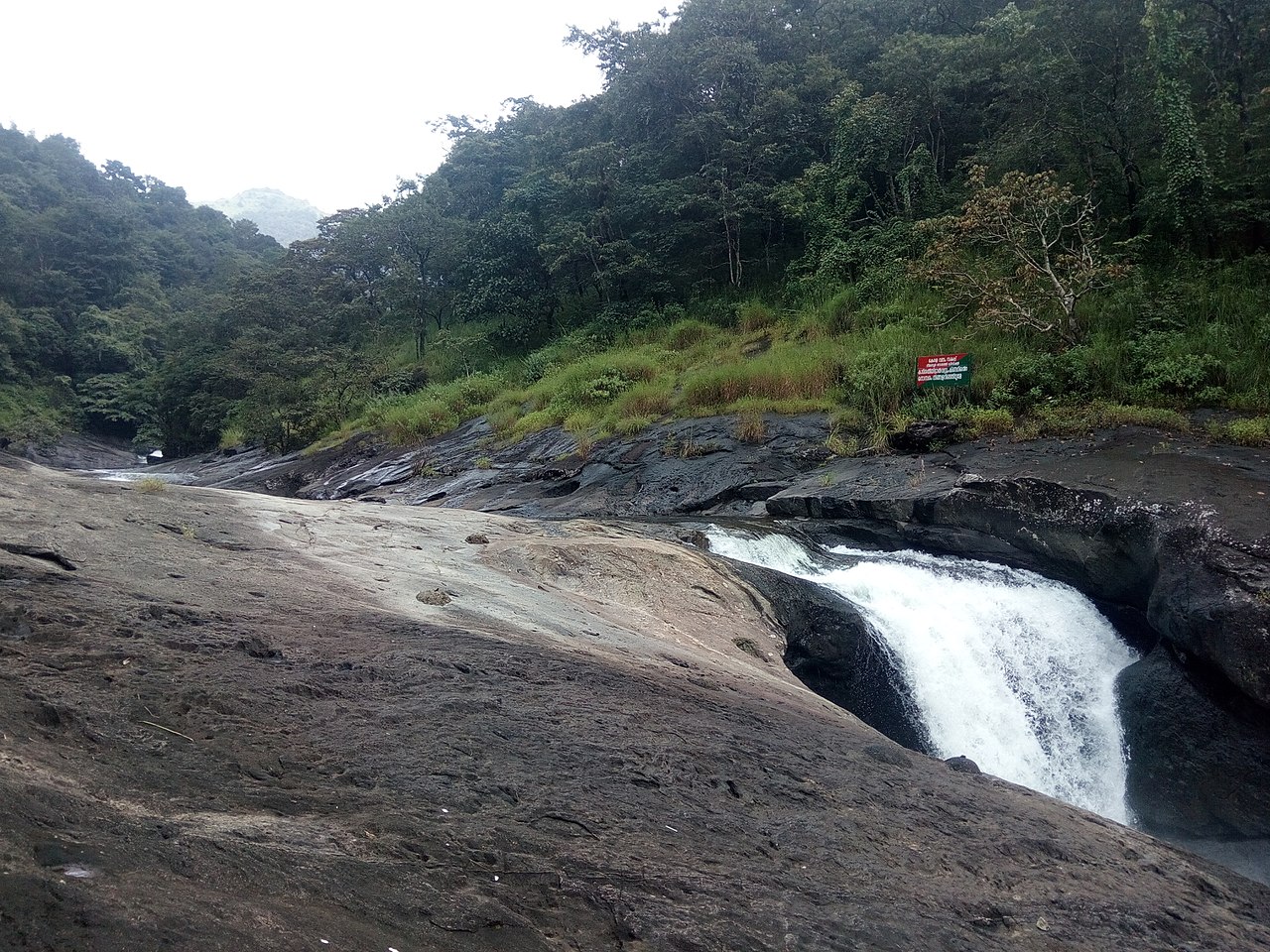 The Kozhippara Falls is also known as the Kakkadampoyi Waterfall.

Located in the Western Ghats in Kozhikode, the Thusharagiri Waterfall comes crashing down as a three-level waterfall. The waterfall is located in a small tribal village, and the name Thusharagiri means ‘snow-covered mountains’.

You will find many rock climbers and trekkers here as they take to the trekking trails that lead towards Lakkidi Ghat and passes through the lush green foliage and offers a beautiful sight. 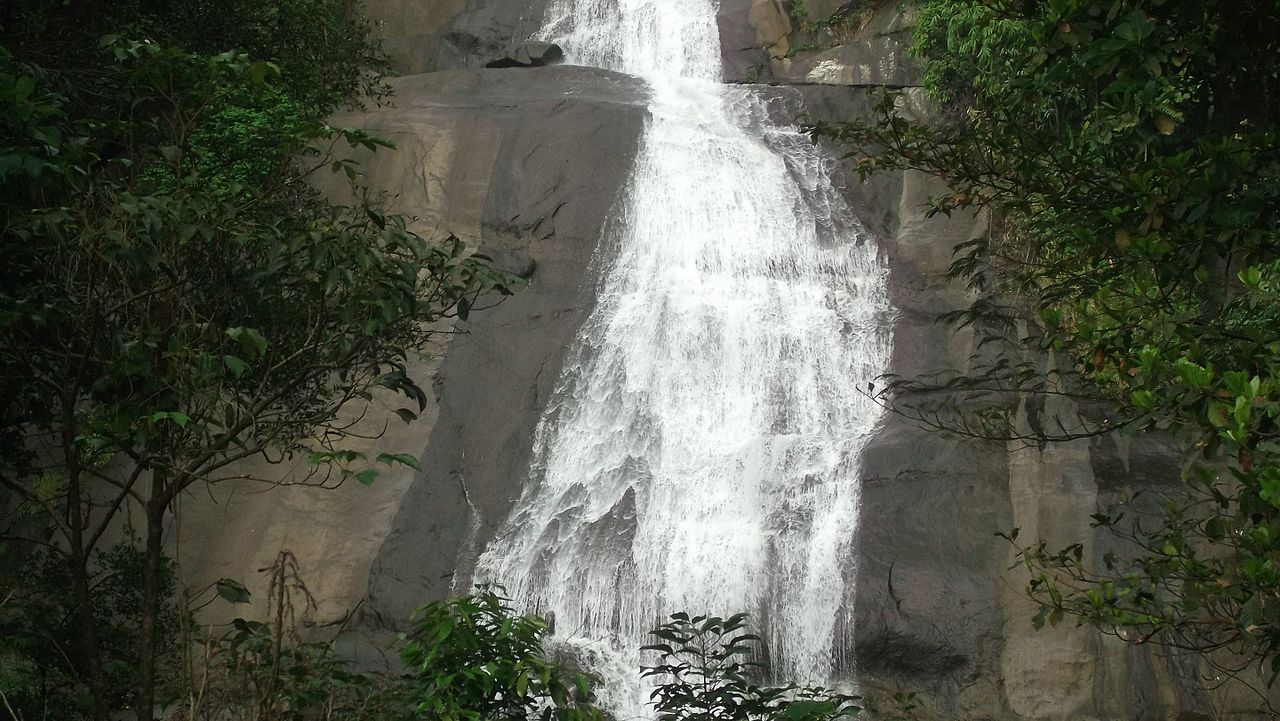 The Thikkoti Light House is said to be built on the remains of a shipwreck and is one of the major tourist spots of Kozhikode. The lighthouse is located on a rocky shoreline and is famous for being a wonderful spot for bird watching as you get to see many nomadic birds at this place.

Kakkayam is a famous dam site in Kozhikode that is surrounded by dense greenery and is a popular tourist spot here. The dam is located just 15 kilometers from the Kakkayam bus stop. The ‘Orakkuzhi’ waterfall is also located near the dam and there are many animals including elephants, bison, and other animals that can be spotted roaming around here. Image Source

There is a forest office located at the top of the dam. However, you need to get permission from the forest authorities of this place before going up. It is important to know that cameras are not allowed near the dam area.

This scenic place offers many recreational activities for visitors. There is a boating safari you can try for 15 minutes. You get some splendid views of the nearby two waterfalls that are not accessible by road otherwise. The best time to visit Kakkayam Dam is from April to November.

The Lion’s Park is a popular amusement park in Kozhikode that is located just next to the lighthouse on Kozhikode Beach. This theme-based amusement park is very popular with children for its exciting rides and beautiful views of the sunset and sunrise.

Kozhikode is a must-visit town for all history buffs. The Pazhassi Raja Museum And Art Gallery is an excellent place to visit when in Kozhikode. The museum is named after the famous ruler Pazhassi Raja who fought off the British with help from the local tribes. There is a wide variety of artifacts, mural paintings, monuments, and old coins on display at the museum. 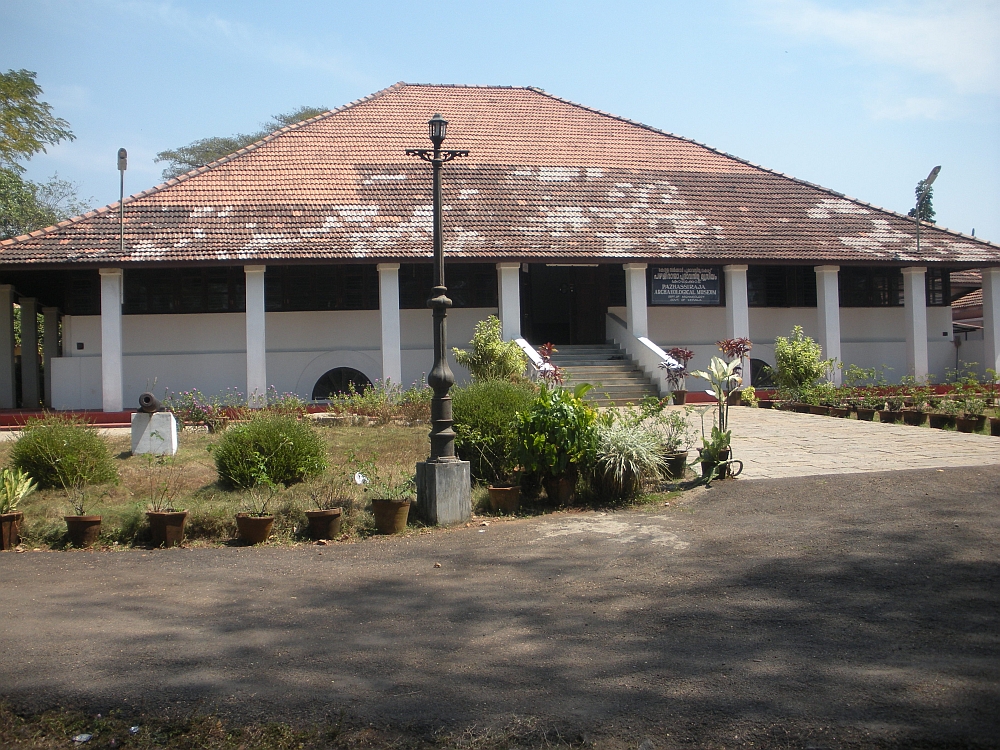 One of the best beaches of Kozhikode is the Kozhikode Beach. It is famous for providing some of the most stunning sunrise and sunset views. This beach is ideal if you want to relax and rejuvenate far away from the stress and noise of the city. In January every year, the beach hosts one of the biggest festivals of Kerala known as the Malabar Mahotsavam. The beach is located just one kilometer from the Kozhikode Railway Station.

Located in the heart of Kozhikode city, Mananchira Square is famous for its beautiful scenery. There is a clearwater pool at the center of the square and it is surrounded by churches, temples, and many ancient homes that have developed all around the square over the years.

You must also check out the musical fountain, open stage, and theater where shows are regularly held even today and depict the historical lives of the Calicut kings and palaces. 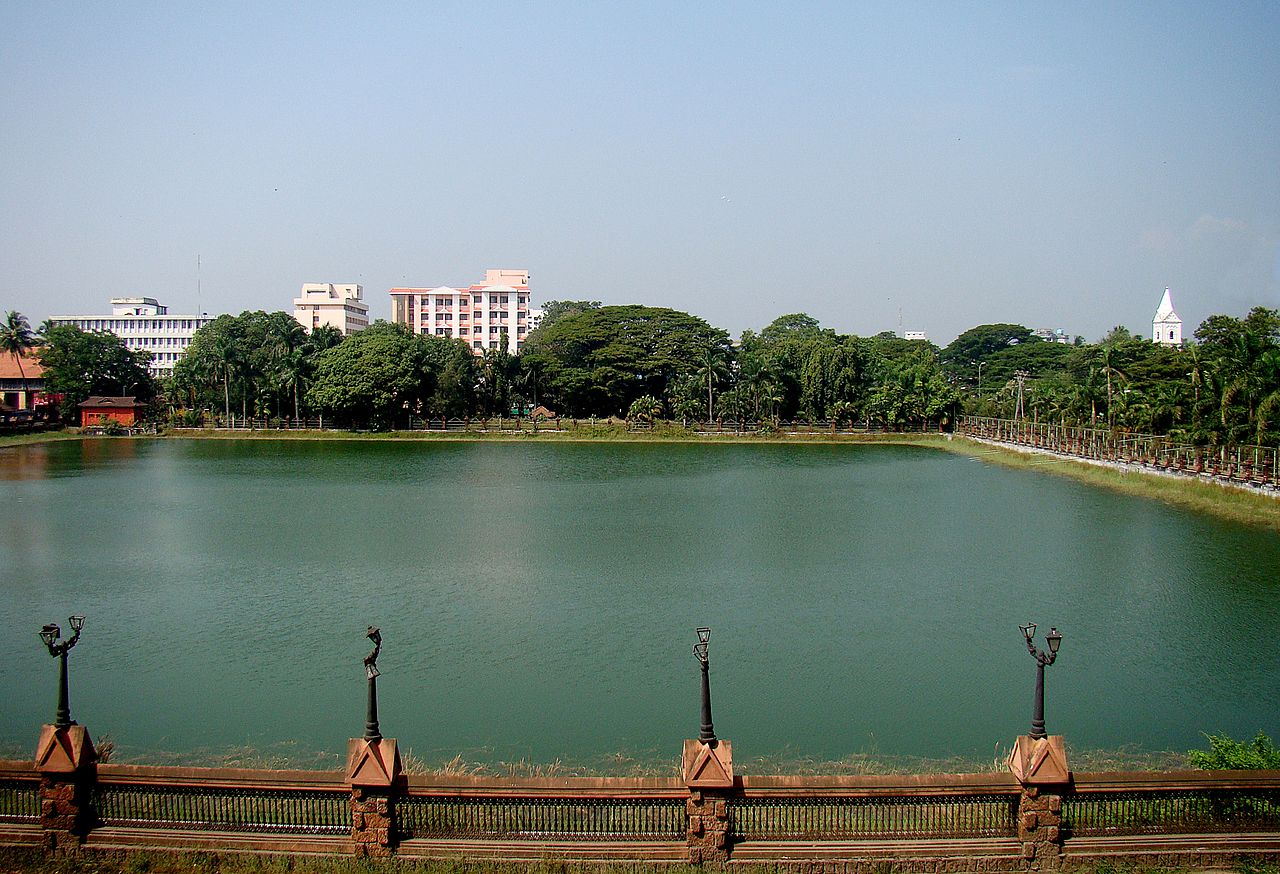 Beypore is a famous shipbuilding port that is situated in the heart of Kozhikode. In fact, the port is known to be one of the busiest fishing harbors in all of Kerala. The Beypore Beach is also a must-see when you are in the area. Beypore is famous for the unique shipping vessel known as ‘Uru’ and for the two-kilometer-long Pulimoodu Bridge where you will find people taking a stroll in the mornings and evenings. Beypore is located just south of the Kozhikode Center. 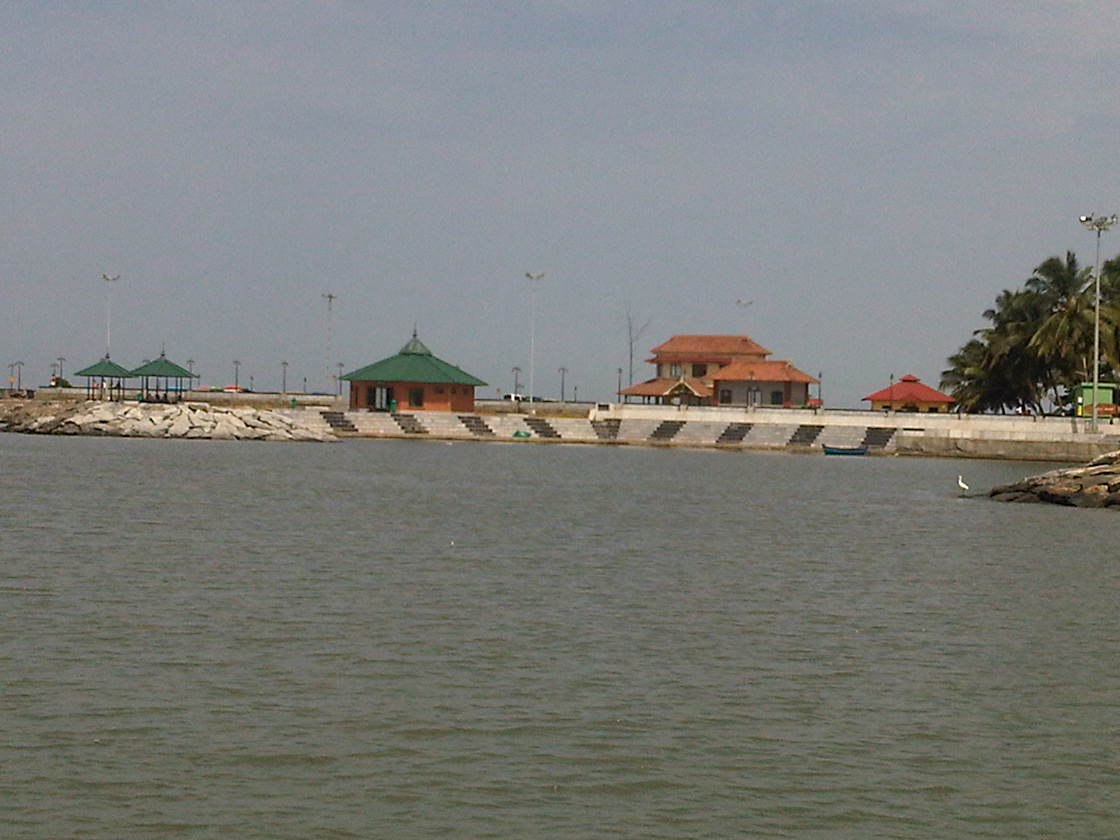 When Is The Best Time To Visit Kozhikode?

The months of October to March is the best time to visit Kozhikode. The weather remains very pleasant during this time. The summer months of April to June can prove to be too hot, while the monsoon season between July to September can also be hot and humid. Besides, many outdoor activities and backwater cruises tend to remain closed during the monsoon season.

How to Reach Kozhikode?

Kozhikode has its own airport that is located 25 kilometers from the main city. There are many trains and overnight buses from every major city in South India to take you to Kozhikode. Regular bus service operates from cities like Bengaluru, Mangalore, Kochi, Chennai, Trivandrum, and Mumbai. A great road network also connects Kozhikode with all the major cities. 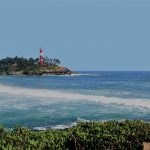 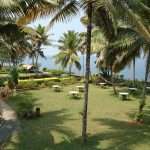 Explore the Top 10 Attractions in Kumarakom (2022) Next