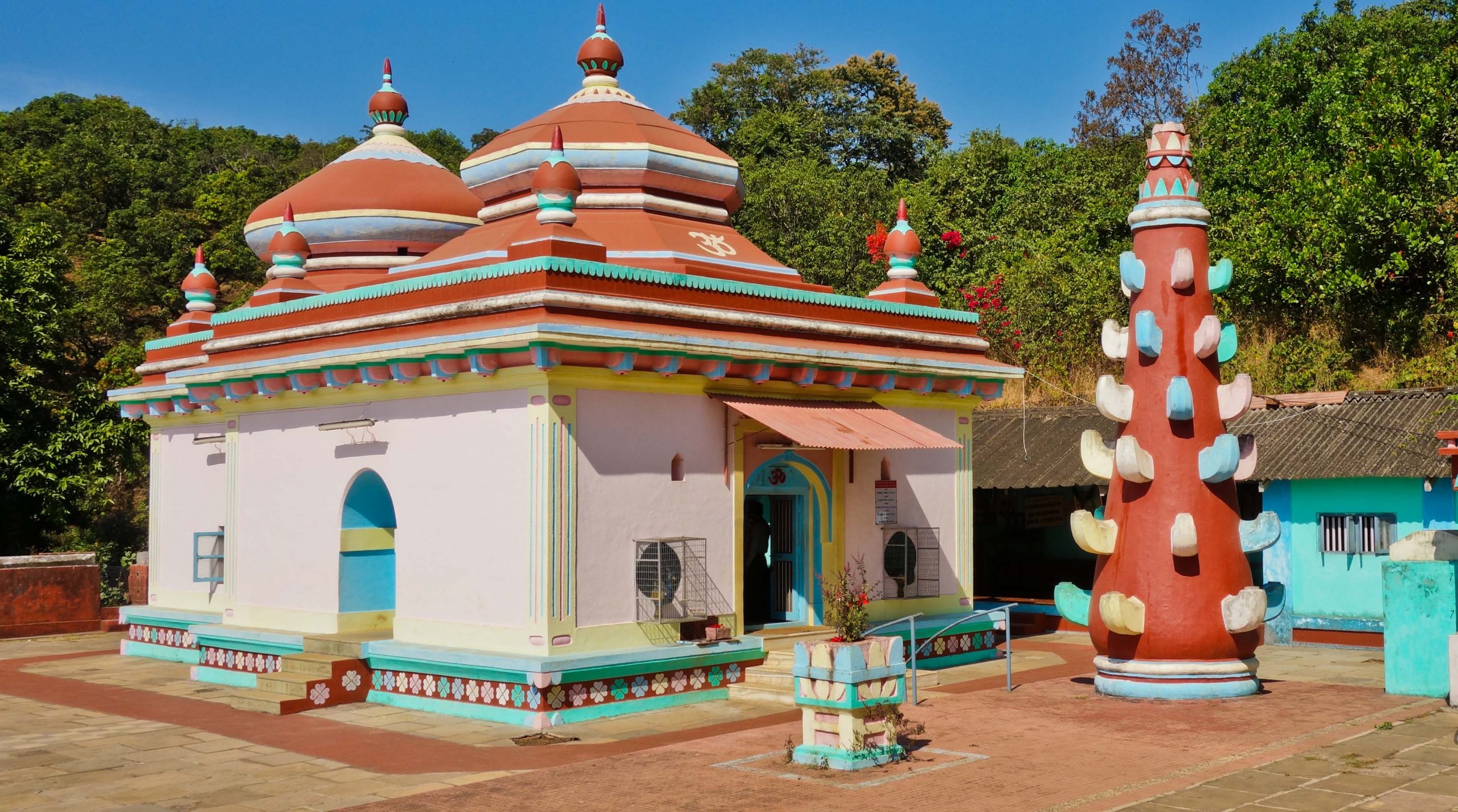 The Ratnagiri district in Maharashtra has historical, cultural, and contemporary importance. It has unbreakable ties with Mumbai and Pune city. It is the birthplace of historical figures like Lokmanya Tilak and Swatantryaveer Savarkar and several others.

Ratnagiri District has several places that are a must-visit for tourists. It is a unique place, having an equal number of beaches and temples, allowing tourists to balance their excursion between serenity and fun. It also has some forts that are of historical and cultural importance.

Amazing Temples to Visit in Ratnagiri

Here is a list of the top temples to visit in Ratnagiri:

The Kadyavarcha Ganpati is an approximately 600-year-old temple. It’s around twenty kilometers while traveling between Dapoli and Kelshi.

The idol itself has a unique design that commands respect. It’s raw and simplistic look differentiates it from the modern Ganpati idols that we see. On each side of the idol are the idols of Riddhi and Siddhi.

The temple is home to some incredible architecture, and one of the last examples of architecture under the Peshwas.

The temple is in the Dapoli Taluka of Ratnagiri. To reach the temple by road, take a bus from the Dapoli bus stop. The nearest railway station is Khed.

The Dashbhuja Ganesh Temple is in the Guhagar Taluka. To reach this temple in Ratnagiri by road, you need to board a bus from Guhagar. The nearest railway station is Chiplun.

Again, the Ganpati idol in this temple is vastly different from any of the contemporary ones. The idol depicts Ganesha with ten arms and holding weapons. This avatar of Ganesha is a rare one, as he holds the Trishul, Dhanushya, Gada, Chakra, Parshu, and the Chakra. Almost every other idol depicts him in a joyful mood, so this is a unique idol.

The temple itself is quaint and has a rustic feel about itself, allowing you to capture some moments of simplicity and serenity when you reach here.

This Shiva temple is in a scenic location of Ratnagiri, surrounded by lush greenery, and is in the lap of nature. Several waterfalls surround the temple, giving it a vibrant but serene vibe. 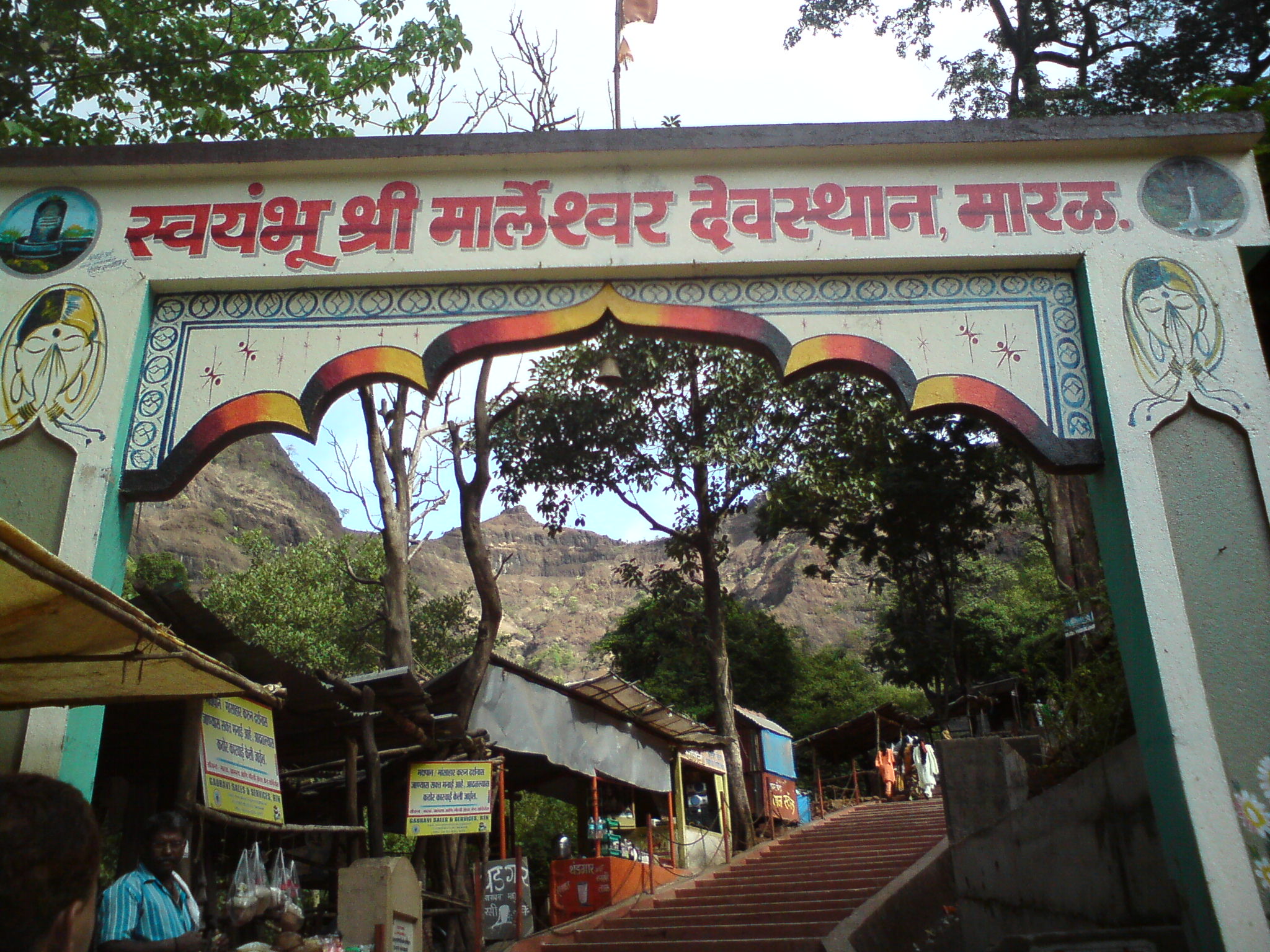 The Marleshwar temple is in Sangameshwar Taluka. To reach it, you will need to board a bus from the Devrukh bus stand. The nearest railway station is Sangameshwar.

Top Beaches To Visit in Ratnagiri:

Here is a list of the top beaches to visit in Ratnagiri:

Aanjarle Beach is best described as a virgin beach, enabling tourists to enjoy the marvel of nature where water splashes your feet and a warm breeze musses your hair. People widely regard it as one of the cleanest beaches in Ratnagiri. 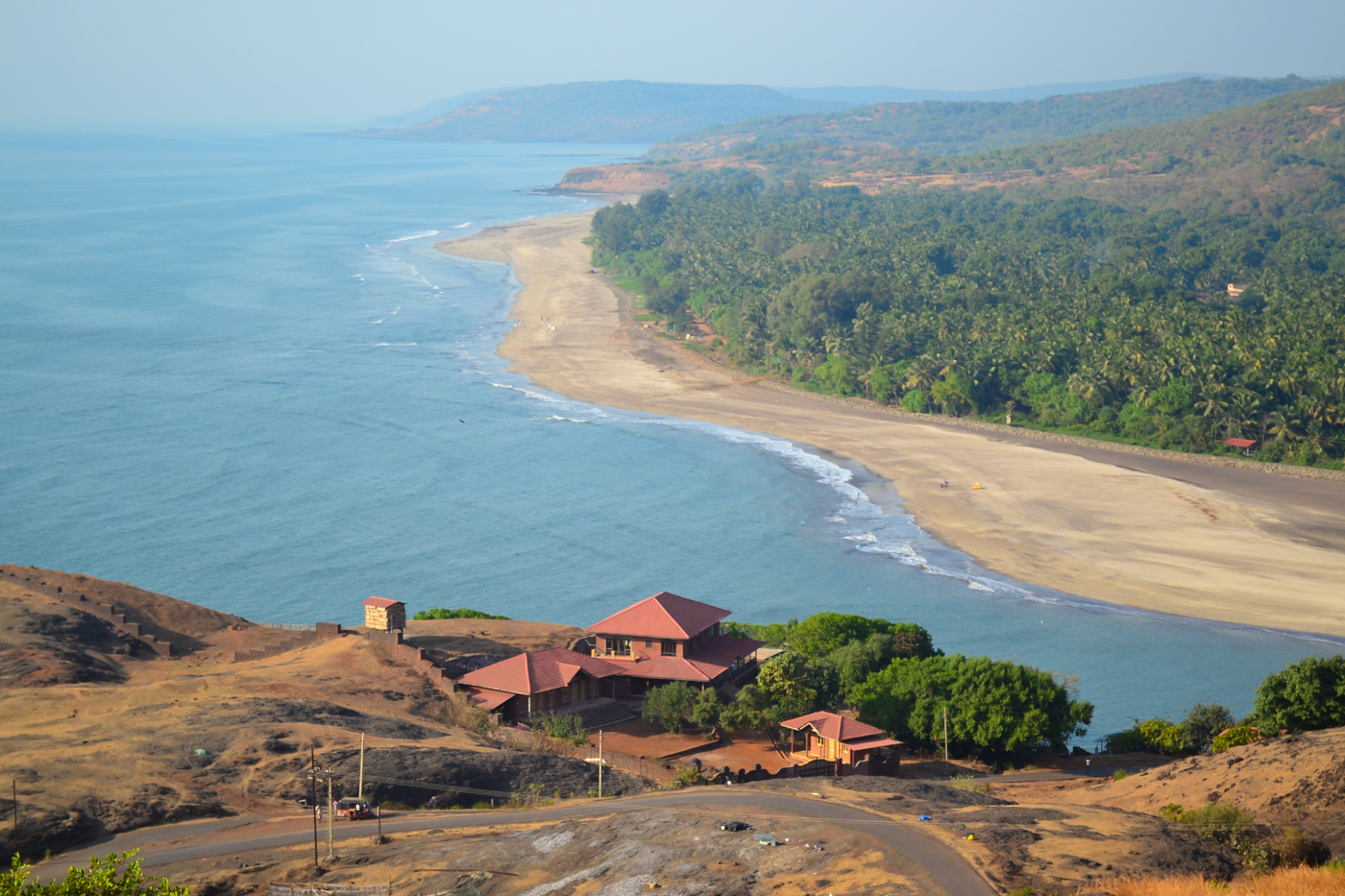 Aanjarle beach is in Dapoli Taluka. Tourists can board a bus from the Dapoli bus stand to reach Aanjarle Beach. The nearest railway station is Khed.

These are twin beaches, a short drive from the Ganpatipule temple. The twin beaches exist because one side of the mountain is submerged in the sea, which is a geological marvel.

The twin beaches are an inviting prospect, with pristine waters, the soft, pure sand that crumbles beneath your feet, and a salty sea breeze that you will never forget. 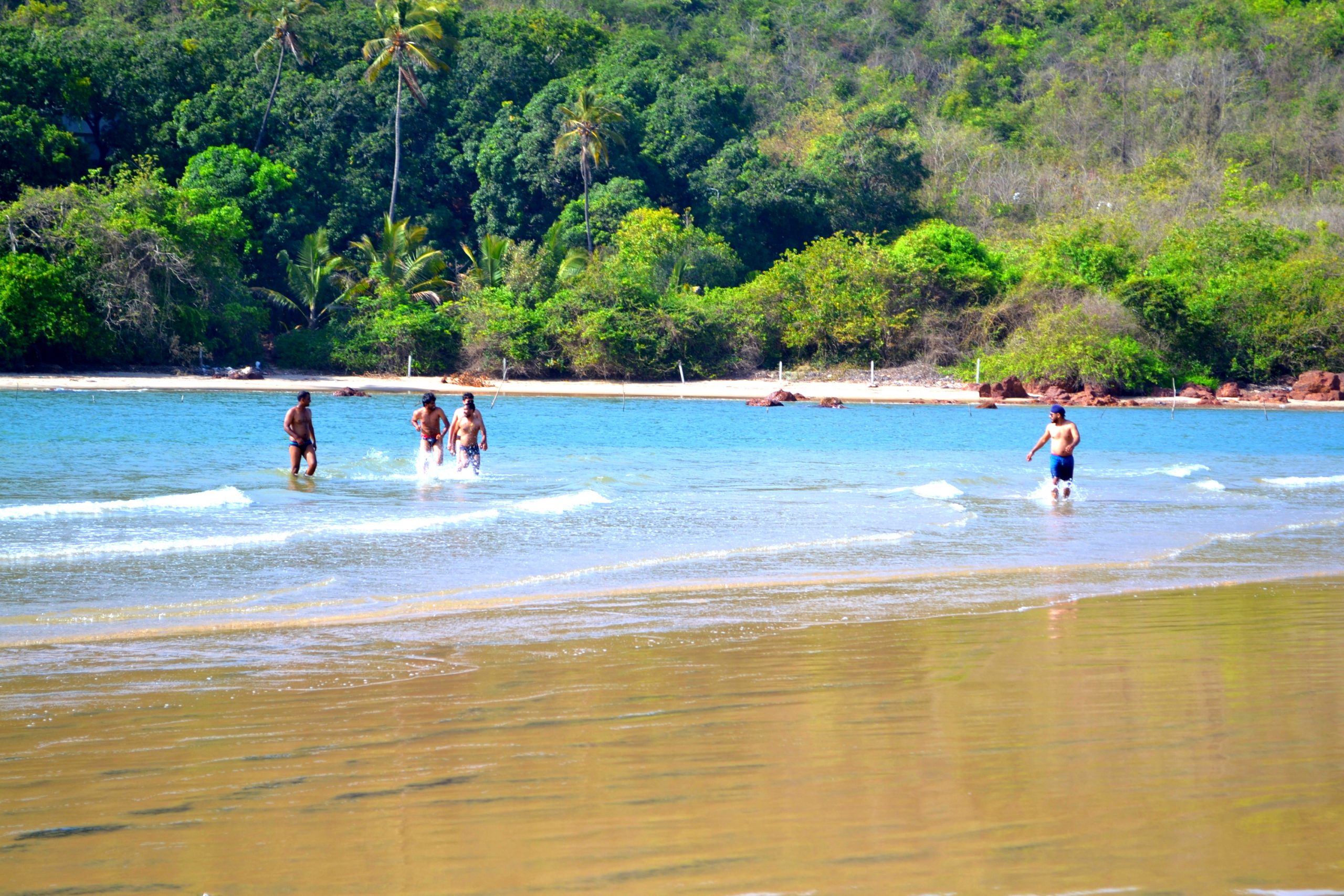 Aare Ware Beach is in Ratnagiri Taluka. To reach it by road, one needs to board a bus from Ratnagiri, and the nearest railway station is Ratnagiri as well.

If you would finally like to experience some commercial activity on the beach, Guhagar is a good choice in Ratnagiri. The beachside has several local food vendors and special carts that give you a joyride around the beach. 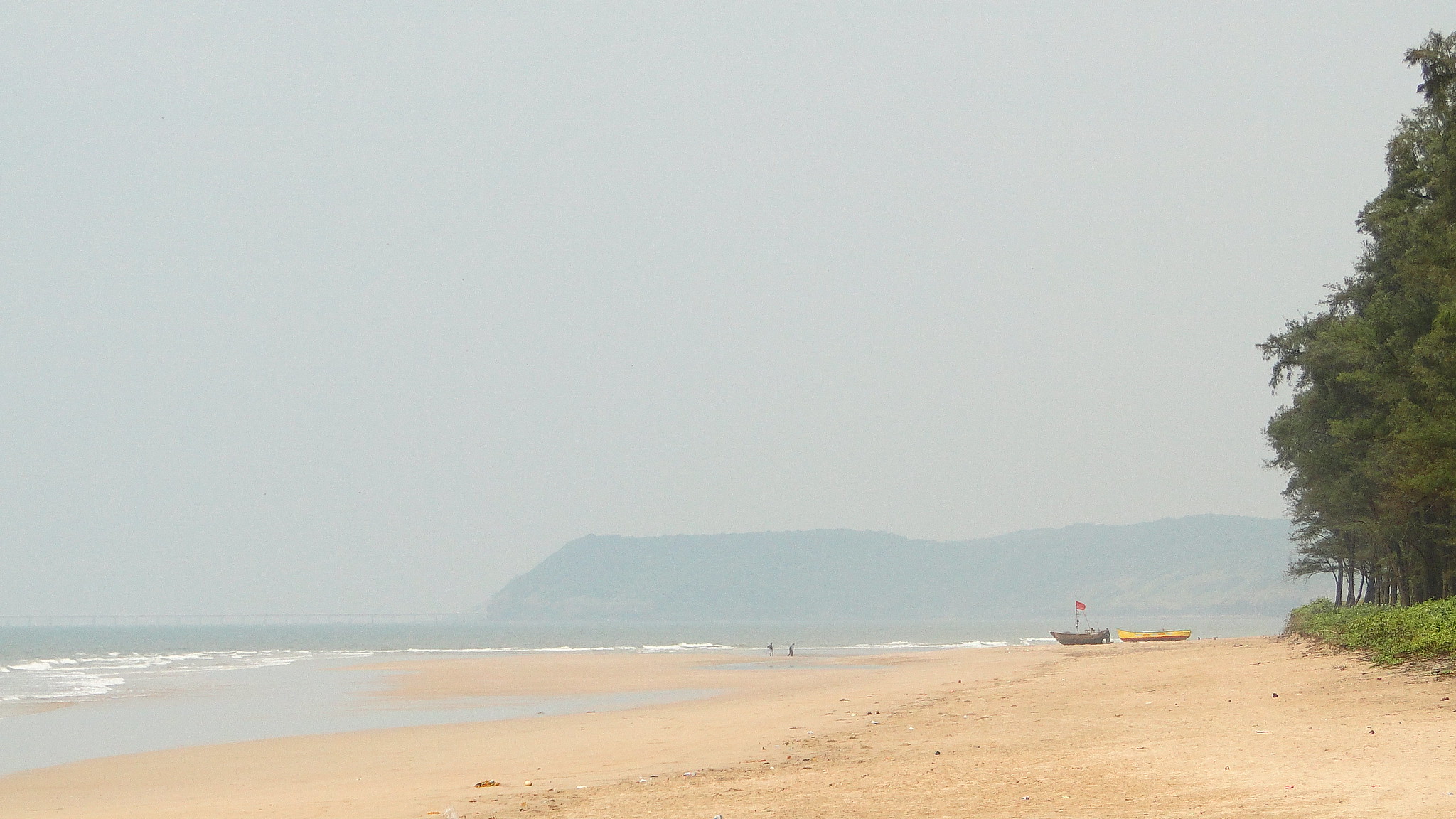 Guhagar Beach is in the Guhagar taluka. The Guhagar Bus stand is nearby, and the nearest railway station is Chiplun.

Karde Beach is a nature photographer’s paradise. Rare and migrant birds flock to this beach. There’s more aquatic life as well, as dolphins frolic in the water now and then. 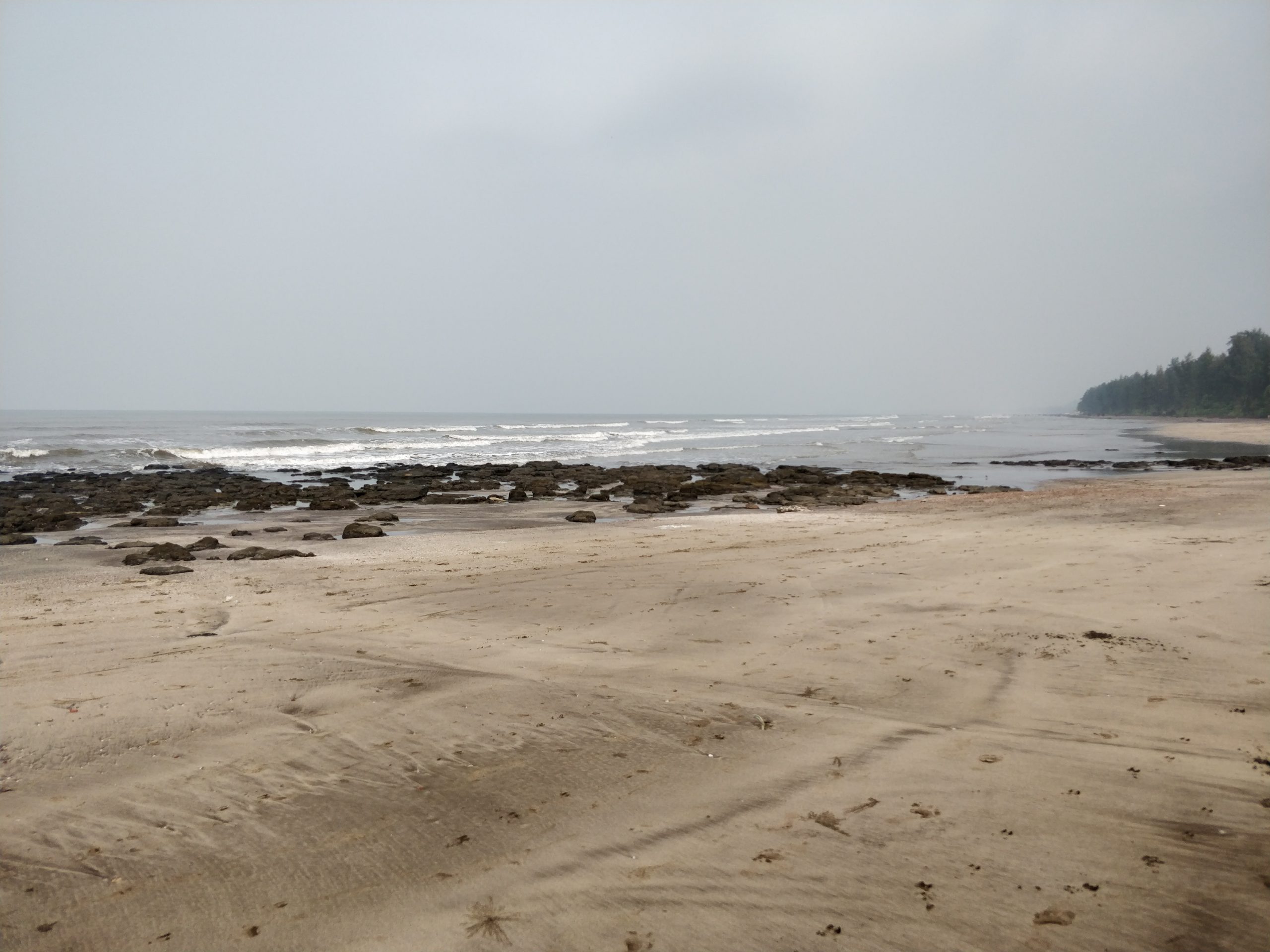 Karde is in Dapoli Taluka. To reach this beach, travelers will need to board a bus from Dapoli. The nearest railway station is Khed.

Murud Beach is the most popular beach in the Ratnagiri area. Tourists from all over the state and country flock to this place.

Murud beach has some commercial activity, including water sports. 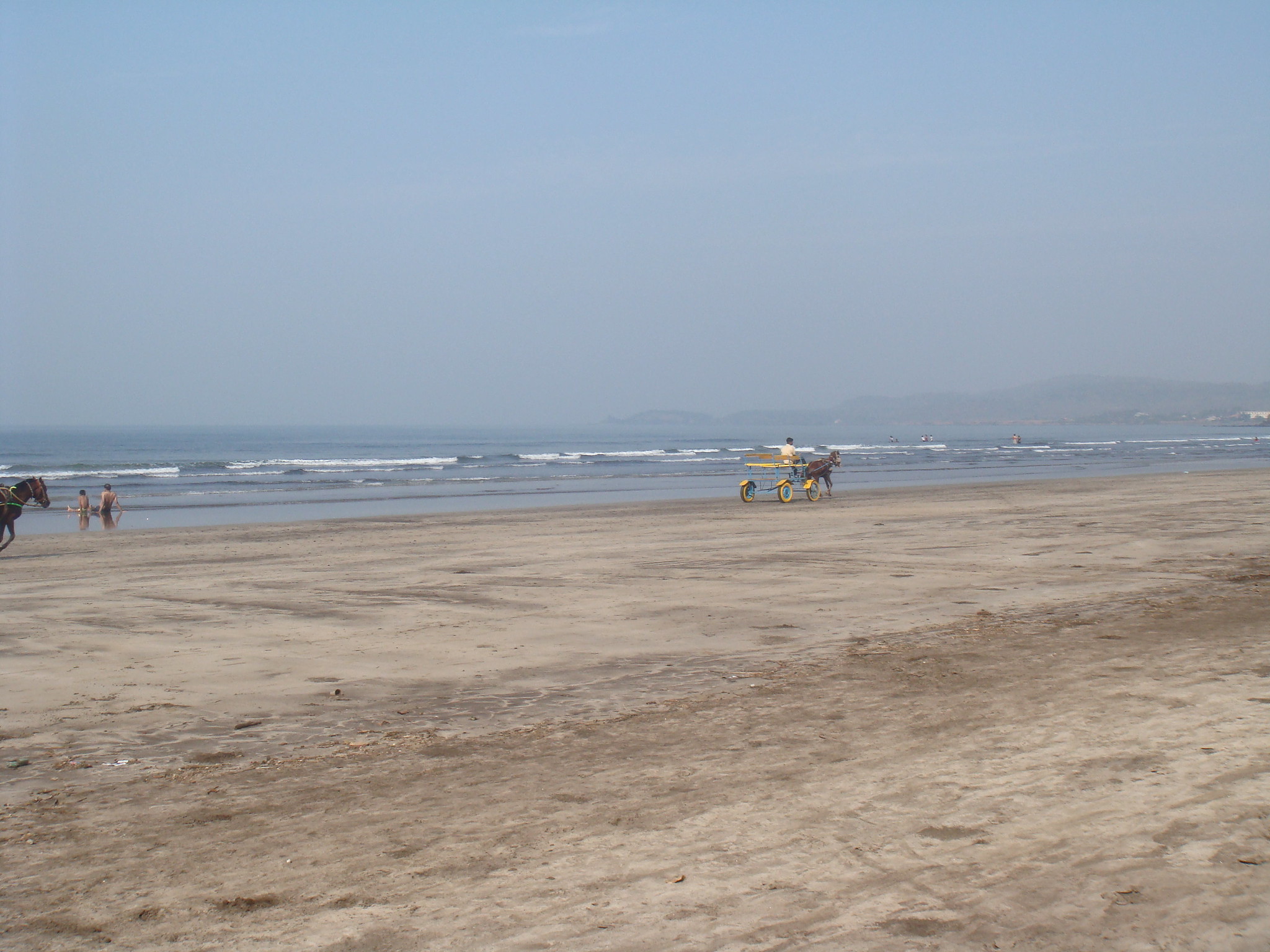 You can reach here easily by taking a bus from Dapoli. The nearest railway station is Dapoli.

Ratnagiri is a place of historic and cultural significance as well. It has several forts that tell you a story of grandeur, bravery, and sheer guts.

Here is a list of the top forts to visit:

Suvarnadurga is in the middle of the sea. This fort is the birthplace of Kanhoji Angre. Chhatrapati Shivaji won the fort after the rule of Adilshah of Bijapur ended. You can reach the fort only by boat. The nearest railways station to the fort is Khed.

And like a crest of the Maratha pride, the Ratnadurga Fort swerves into the sea like a sea wave. It is about 200 meters above sea level and offers a scenic background. 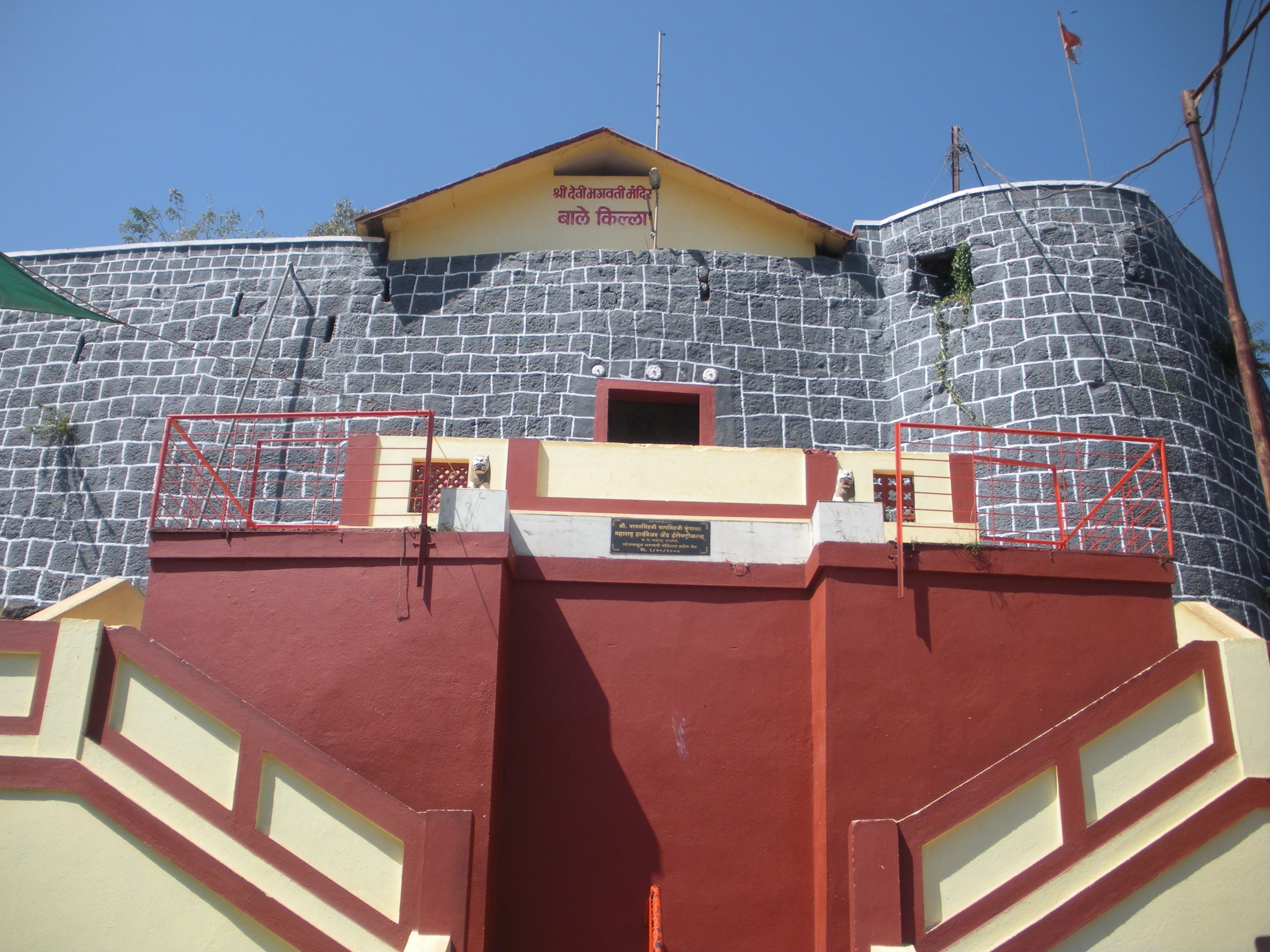 Beautiful Waterfalls to Visit in Ratnagiri

The Konkan region achieves its true beauty during the monsoon season. People all over the state flock to these places to experience rainfall, the lush greenery, and the small and big waterfalls in this area. Here is a list of the most beautiful waterfalls in Ratnagiri.

The Chuna Kolvan Waterfall is about 125 feet high. It is set 16 kilometres from Rajapur and is in the forest leading from the Mandrul-Jharewadi path.

There is a pool right beneath the waterfall, and adventurous tourists can take a dip in the natural pool below the waterfall.

Khorniko Waterfall is a unique waterfall and a must-visit for tourists in Ratnagiri. We always picture waterfalls as water falling from a steep ledge, but Khorniko is a bit different.

The water flows through the ridges and onto the steps, a sight to behold and an incredible experience.

Khorniko Waterfall is in the Lanja Talka. The closest railway station is Rajapur Road, and the closest bus stand is the Lanja bus stand.

The Ozarkada Waterfall is set in the middle of lush greenery and has great surroundings. Situated in the Ghagawadi village in the Rajapur Taluka. It is about twenty kilometres away from the Rajapur-Mumbai road.

These are all the tourist locations that you should visit in Ratnagiri, one of the many places in Maharashtra that offers a mesmerizing and exciting experience. 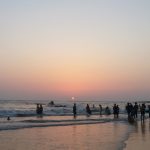 7 Amazing Beaches in the Konkan Coast of Maharashtra (2022) Previous 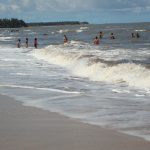 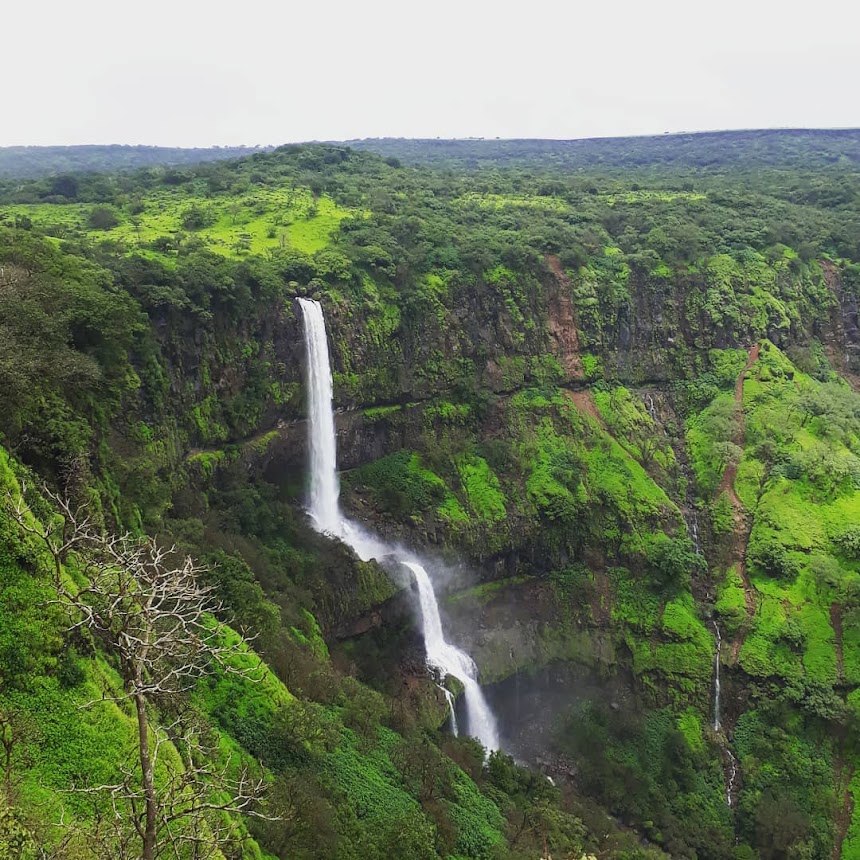 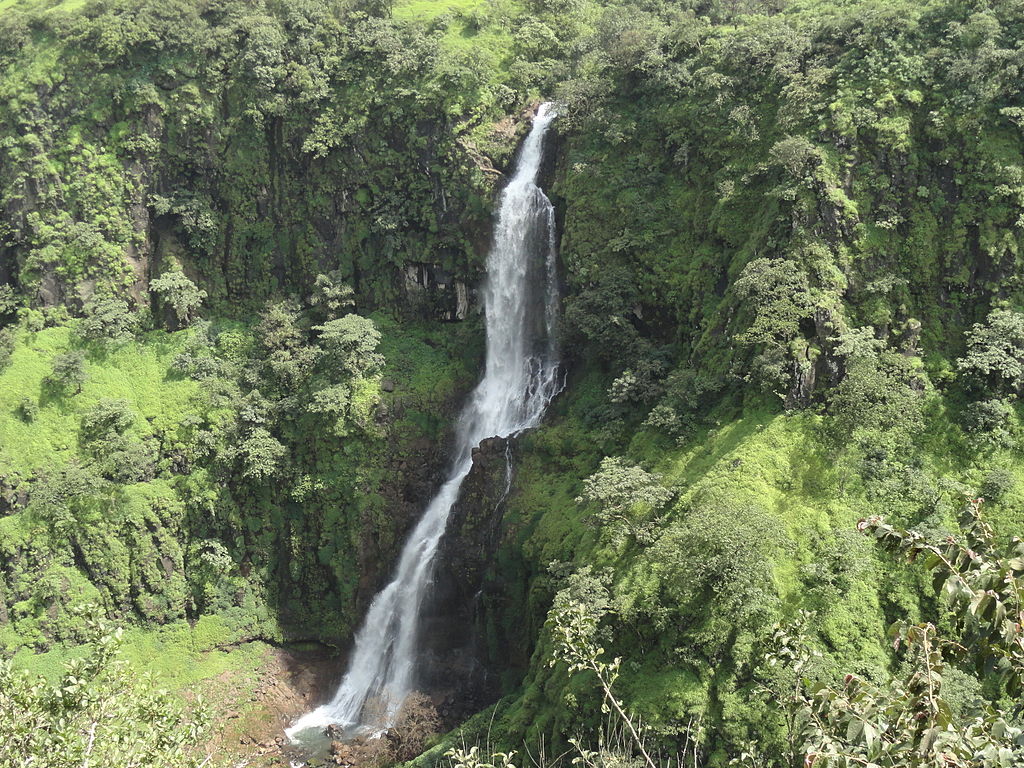 10 Awesome Places To Visit in Monsoon in Maharashtra (2022) 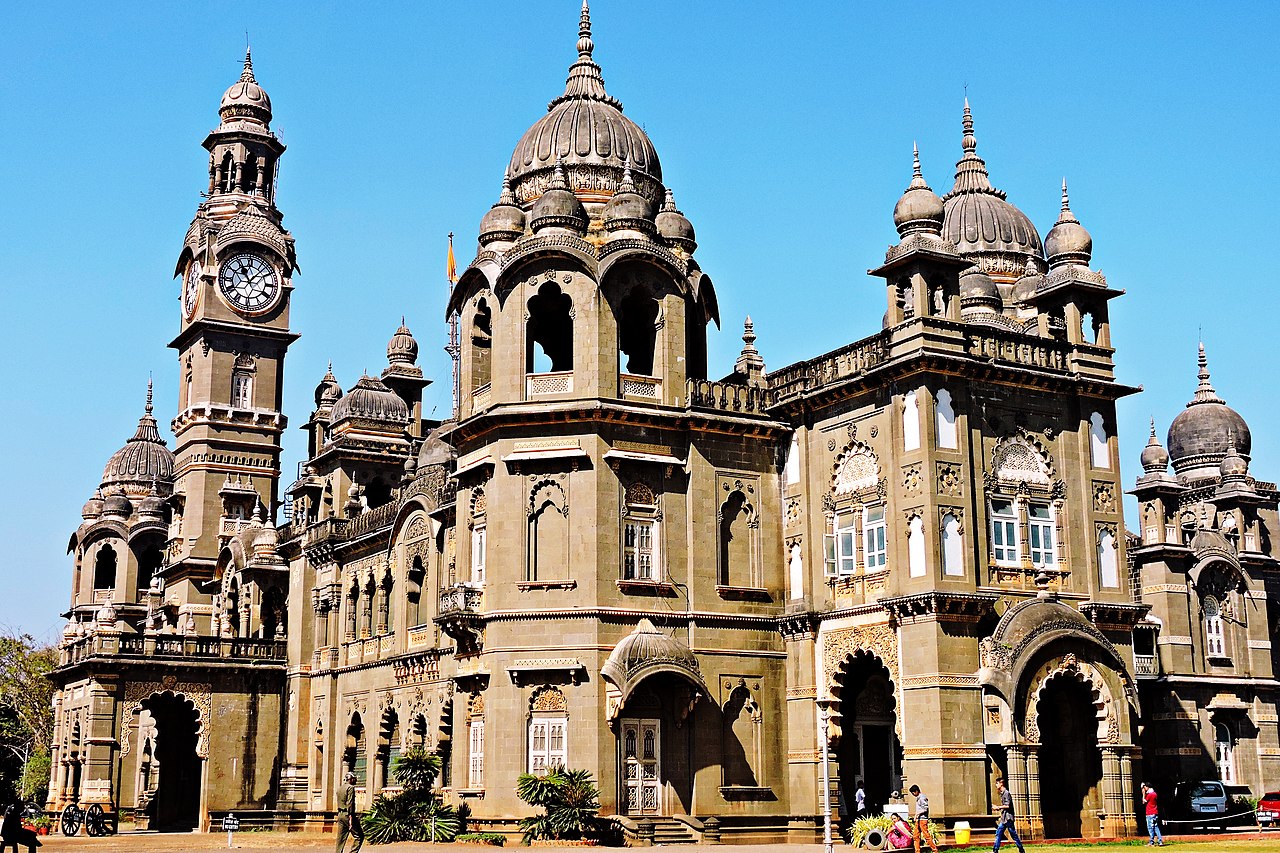