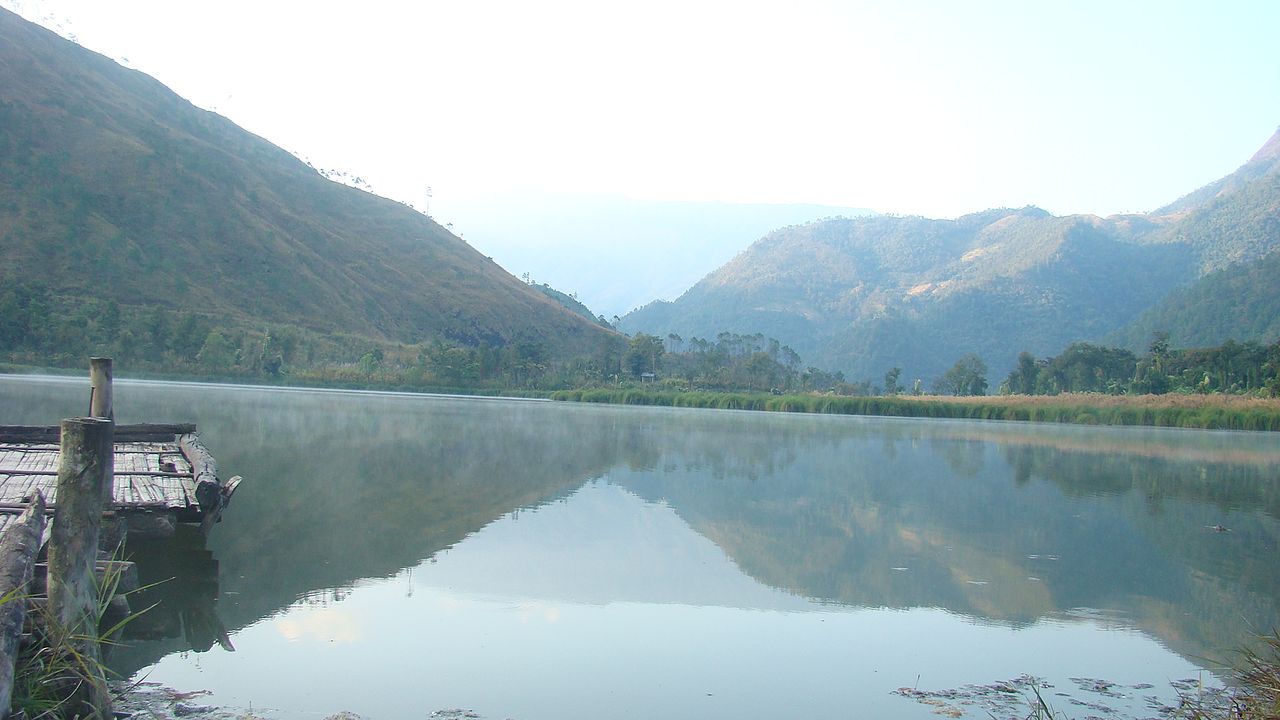 Nagaland is full of scenic surprises when it comes to hills, plains and valleys. One of such unexplored areas of Nagaland is Phek that lies in south eastern part of the state and was established in the year 1973. Phek is one of the most off-beat tourist places of Nagaland, it is blessed with scenic beauty and lush flora and fauna. Phek is derived from the word Phekrekedze, which means ‘watch tower’. Located 145 kilometers from Kohima City, this district offers beautiful sightings of hills, rivers, lakes, flora and fauna.

With almost seventy percent of evergreen forests, Phek offers a perfect spots to take a break from pollution and city life. The lush apple orchards and organic green vegetable cultivation is also a major attraction that allures the tourists.

The district touches its southern boundaries with Manipur, eastern boundaries with Myanmar, western boundaries with Kohima and Northern boundaries with Zunheboto and Tuensang. Primary rivers of Phek are Tizu, Lanye and Sedzu and offer various picnic spots for tourists at river banks. Two main hills Kapamodz and Zanibou extend a picturesque view to its visitors. Diverse languages like Chokhri, Kheza, Pochuri and Poula are spoken here. Phek is proud to be hometown of the famous pheasant called Blyth’s Tragopan and rare breed of orchids can be easily witnessed here.Phek witnesses moderate warm summers and cold winters, which makes months of November to April best time to visit.

With so much to be explored in this hidden jewel of Nagaland, we have curated a list of best places to visit and things to do in Phek. Read through our entire article as you take notes for your next trip to Phek.

5 Top-Rated Places to Visit in Phek

Below are 5 Top Places in Phek:

Located at the base of Patakai mountain range, Shilloi Lake offers breath-taking view with lush green forests around and is among one of the must visit places of Nagaland. The shape of the lake is similar to that of the footprint and is surrounded by pine trees. Shilloi Lake or Latsam Lake as fondly called by the locals is associated with numerous unbelievable stories. It is said; no one has ever drowned in this lake and has an interesting story behind it. As per the story of this lake goes, a baby was found floating in the middle of the lake with a pair of hands wobbling it slowly. This baby is believed to be reigning queen of the lake and the spirits of the lake are its protector.

This beautiful lake is considered as a major attraction by the migratory birds and Siberian Cranes can be seen in huge numbers here. Shilloi Lake is generous in natural resources and is popular fishing spot for the locals. Various student tours are planned here to study it rich flora and fauna. Many tourists love to hike, trek or row a boat here while absorbing the magnificent sightings.

Khezhakeno is a small village in the Phek district and is a major attraction among tourists for its historic background and to admire the beauty of natural Chida Lake. This village is said to be inhabited byKhezha tribe and popularly known as the historic village of Nagas. Locals refer themselves as Kozabomi which means the ‘native people of Koza’. ‘Koza’ word being derived from the name of the chief who founded this village. Some of the popular clans from this village are Angami, Chakhesang, Sumi, Lotha, Rengma and many more.

To retain the remains from the history, the Government of Nagaland owns a tourist bungalow and a tribal museum, under Ministry of Culture. This Tribal Museum in Chida proudly showcases its rich cultural heritage with priceless artefacts of Chakhesang and Nagas.

There is an interesting story about the village that it own a stone slab that magically multiplies the harvest when placed on a drying land in a paddy. Such interesting stories attract explorers to this tiny village in Phek. Khezhakeno village is located 22 kilometres from Phek district and one has to take road to reach here. 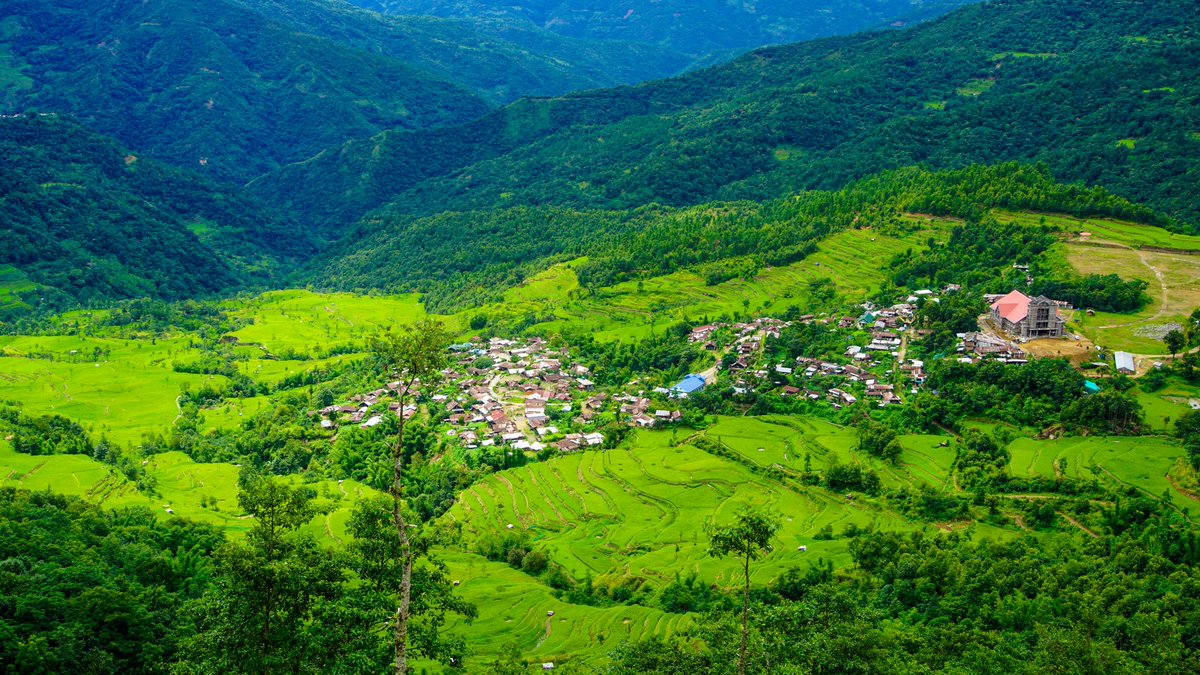 Glory Peak is one of the most popular vacation spots in Phek, Nagaland, and almost every tourist travelling the state pays visit to Glory Peak as it offers one of the most majestic view. One can not only see mountains covered in lush greenery but can also conveniently see World’s most highest mountain- Mt. Everest.

On the eastern side, one can easily see Mt. Saramati, which happens to be the highest mountain of Nagaland. This is one of the most favorite picnic spots and people laughing and enjoying their picnic is a common sight here. Over the past few years, Glory peak has seen a rise in the number of tourists and has become one of the most beloved places in Nagaland. Located 70 kms from the capital Kohima and just 3 kilometers from Pfutsero, Glory peak is the ultimate weekend picnic destination in phek. 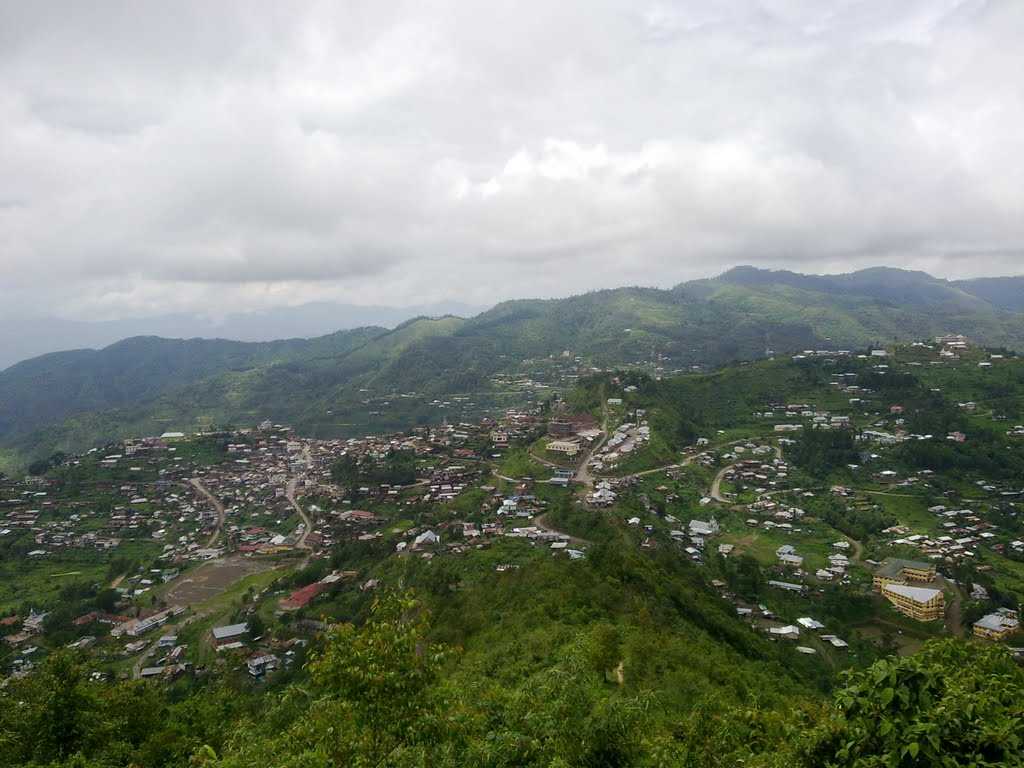 Phek is filled with gifts of nature in form of hills, valleys, plains and this stunning Phek Waterfall that leave its watchers mesmerised with its beauty. Surrounded with green forest and woods, the Phek waterfall offers a picturesque view. One can easily trek a little on a rough trail through forest to reach here and can have a memorable picnic experience with friends and family. Tourists also love to take a stroll in the jungle nearby whilst enjoying the gurgling sounds of the waterfall. The best time to visit here is autumn and winter, making months of October to April most suitable months for the visit. 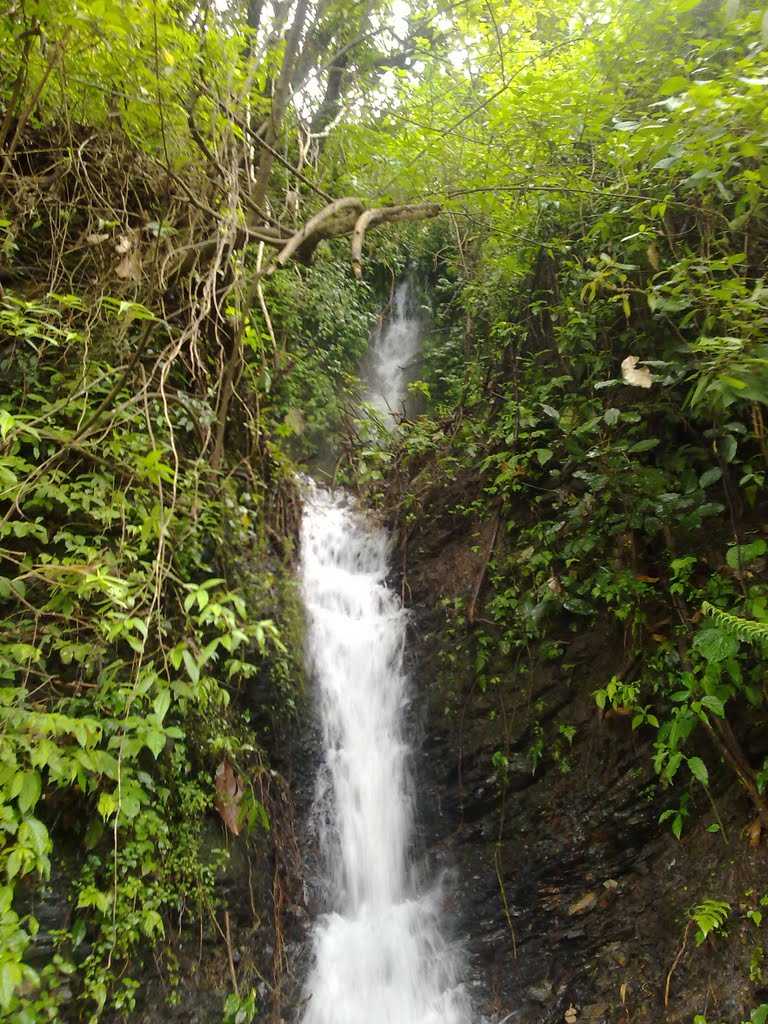 Dzudu Lake also known as Zanibu Lake due to its proximity with Mt Zanibu is a well known tourist destinations in Phek, Nagaland. This lake with mystical history is also the lake of many stories. Amidst lush green forest, this mystical lake in Phek is a splendid sight to behold. It is believed that the lake is well protected by the spiritual guardians and is considered to possess supernatural powers. In the ancient days this lake was said to be rich in ivory and other resources. This fact attracted the British army with machinery equipment’s in order to fetch its rich natural resources.

As per locals, the lake possessing mystical powers destroyed all the equipment’s that they brought. One strange thing that can be noticed about this lake is that not many leaves can be seen floating on the surface despite being surrounded with large number of trees. The leaves that fall of the trees float on the surface for two days and then sink at the bottom. The locals believe this lake to be highly sacred and bathing, swimming or creating any nuisance in the forest will result in hunting of the spirits of the lake. Apart from the interesting tales about the lake, tourists are attracted for its beauty and bird watching experience. Visitors are prominently seen here with their high grade cameras to capture exclusive nature shoots. 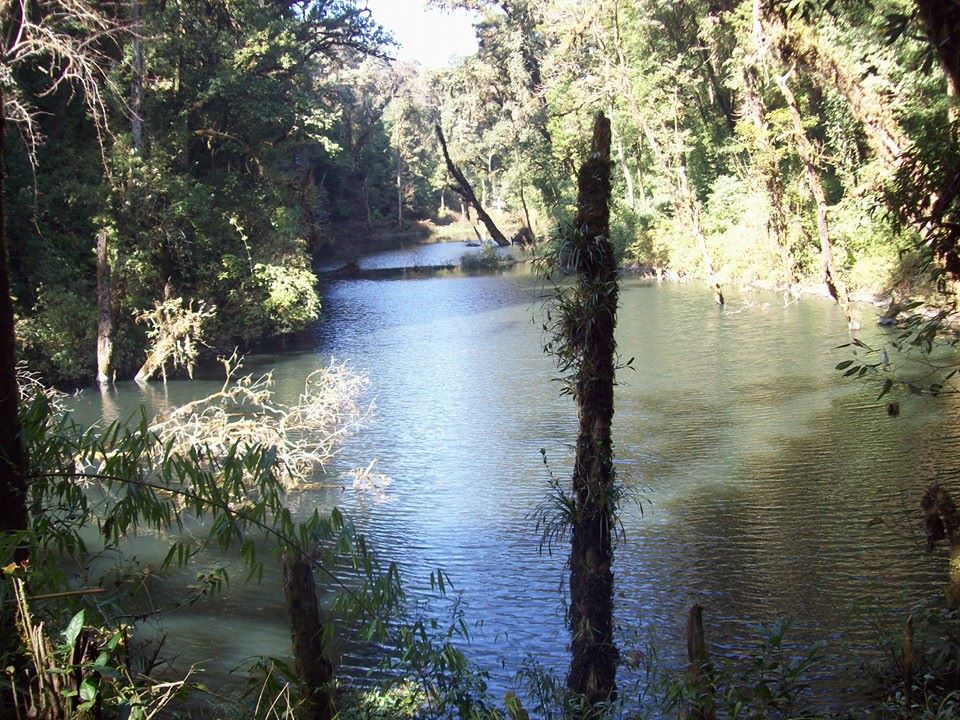 How to Reach Phek?

By Flight: The nearest airport is Dimarpur and is located at a distance of 75 kilometers from Phek. One can easily de-board at Dimarpur airport and then travel for one to two hours via taxi or bus to reach Phek.

Apart from the above mentioned activities, Phek is a popular tourist destination for all the visitors who wish to seek new experiences and explore hidden gems of nature. Phek is the perfect place for hiking, trekking, tribal history, scenic beauty and tranquility. 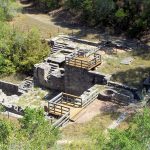 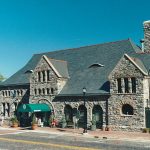 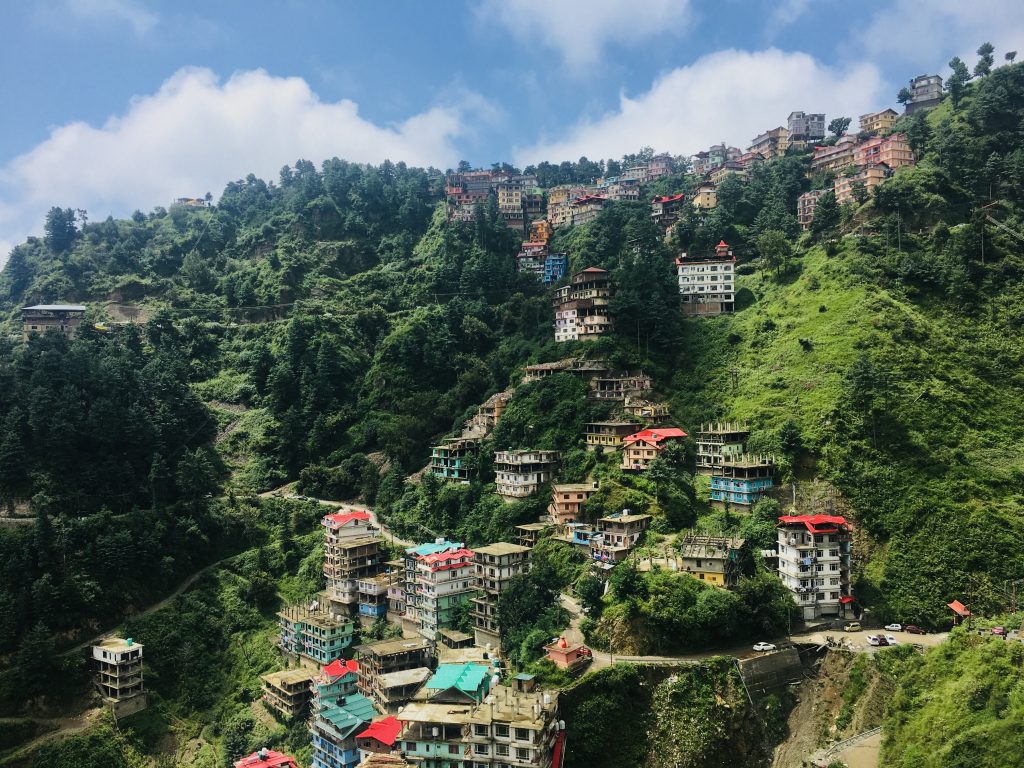 3 Top-Rated Attractions In and Around Benreu, Nagaland (2023) 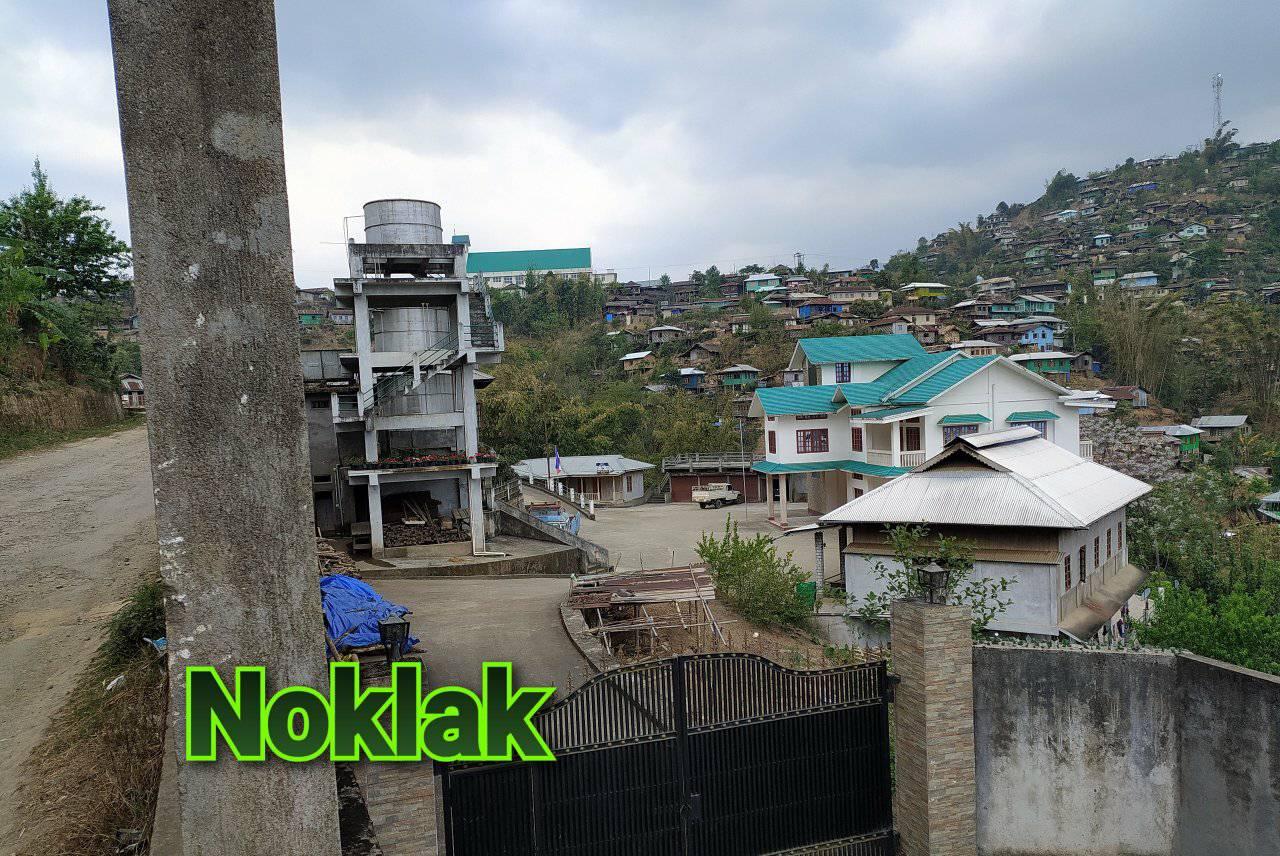 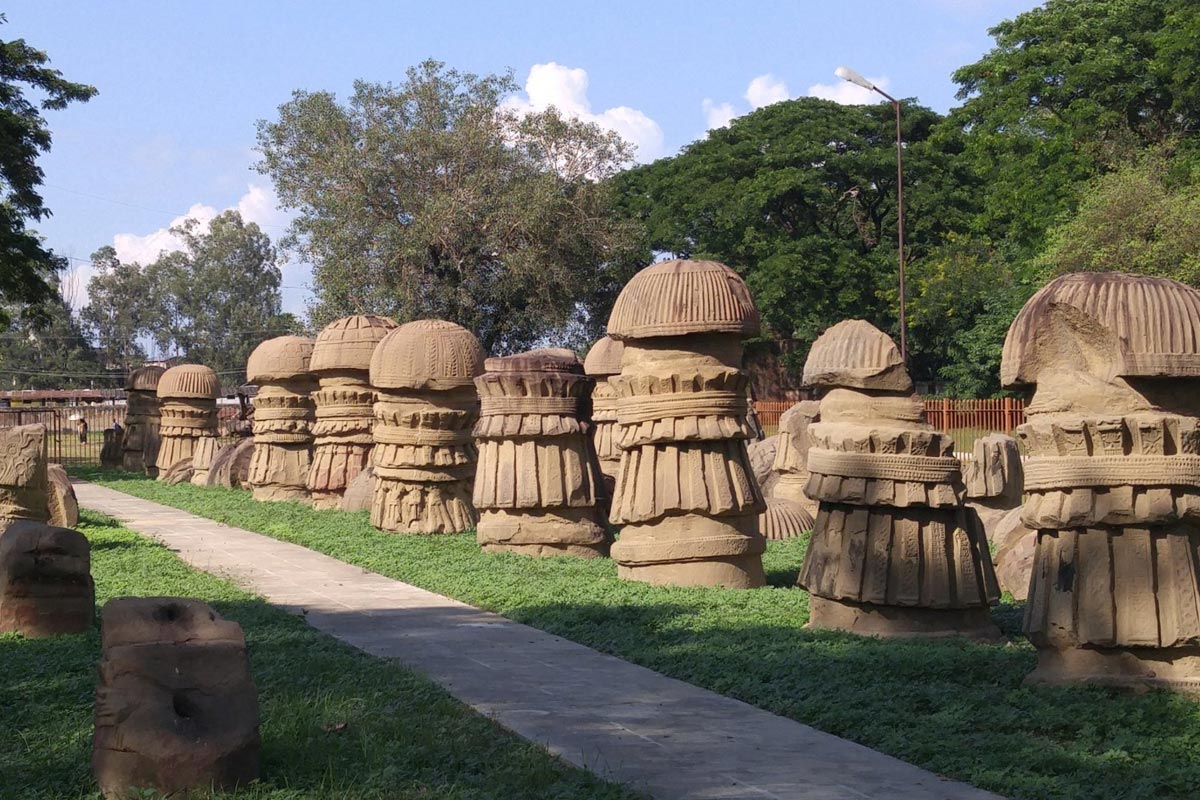