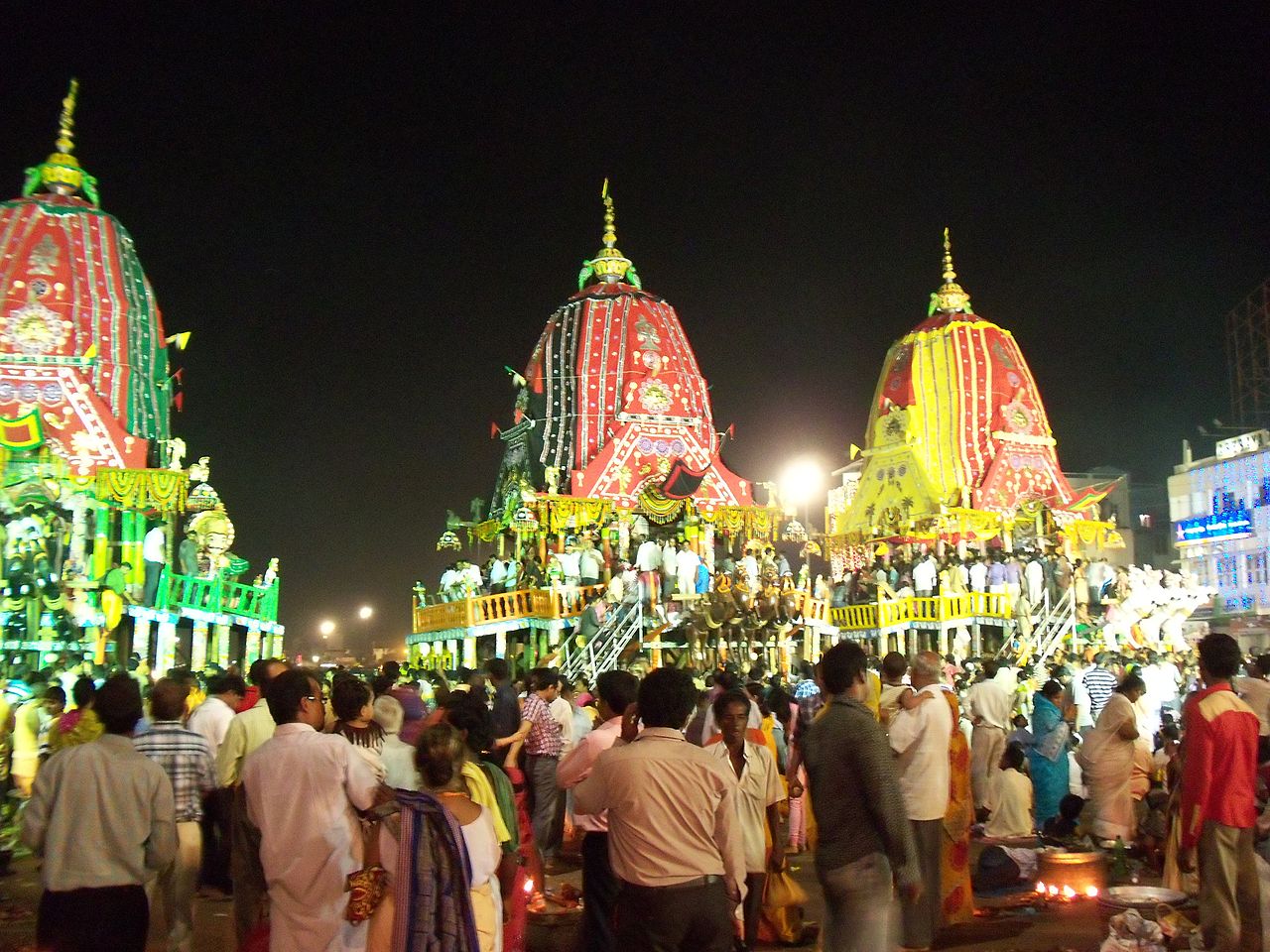 Festivals are indeed a big part of Indian culture and tradition. Odisha is a state in India known for its exclusive temples and festivals. There is a saying in Odia, “Bara mase tera parba.” It means, in 12 months, there are 13 festivals celebrated in the state of Odisha. We can say that Odia people celebrate a lot of festivals throughout the year.

When we talk about Odisha, most of us think about “Rath Yatra”. However, Odisha is more than Rath Yatra. Let us read further and know about some of the most famous festivals of Odisha.

One of the most significant festivals of Odisha is Ratha Yatra. It is also known as the Chariot festival. This festival is a world-famous festival and many devotees come from all over the world to see the festival. Ratha Yatra is held during the Jyestha month on a full moon night. This comes in June or July. It is celebrated for the three deities, namely, Lord Jagannath, Lord Balabhadra, and Goddess Subhadra. The festival lasts for a fortnight or 14 days. Different customs and religious practices are performed during this festival.

Ganesh Chaturthi is a popular festival in India. It is also celebrated in a grand way in Odisha too. Various Puja pandals are set around on the streets in Odisha. Children eagerly wait for this festival as they wear new clothes and visit their schools or institutions to celebrate the Puja. The festival falls during September every year.

One of the most important festivals of Odisha is the Makar Sankranti. Each region of the Odisha state celebrates this festival in different ways. The most important part of the festival is the sweet dish known as Makara Chaula made of rice, coconut, jaggery, and the newly-harvested rice. Along with Makara chaula, many pithas or other sweet dishes are made in Makar Sankranti. This festival usually falls in January.

As per the Odia calendar, the New year is celebrated as the Mahabisubha Sankranti. This is usually known as the Pana Sankranti. On this festival day, the mixture of misri and water is hung over the tulsi plant, which represents the rain. The festival is popular among the people who depend on agriculture or farming for their livelihood in Odisha. On this day people also offer special things to Lord Shiva, Vishnu, and Hanuman. April 14th and 15th are the two days, which are usually celebrated as Mahabisubha Sankranti in Odisha.

Raja Parba is a festival celebrated for 4 days in Odisha. The main objective behind Raja parba is to focus on the agricultural festivals and allow the Goddess Lakshmi to rest. It is believed that during this time, the Goddess undergoes the menstrual cycle. The festival also celebrates other activities all around including plowing, cutting trees, etc. The festival falls during June and July.

Chandan Jatra is another popular festival celebrated in Odisha. It is celebrated with great joy. The festival is celebrated at the Lord Jagannath Temple in Puri and is celebrated for 42 days. During this festival, the deities are cleaned, washed, and bathed with sandal water. The deities are taken out of the temple in Chapa, which are a kind of traditional boats. The primary attraction is the alluring decoration of these boats done with white flowers that resemble the appearance of a swan on the river. Chandan jatra is celebrated in the Lord Vishnu and Shiva temples in Puri. This festival falls during April and May.

Raksha Bandhan which is celebrated across India is known as Gamha Purnima in Odisha. The sisters tie rakhi on their brother’s wrist as a sign of protection and this also marks a special bond between a brother and sister.

Additionally, Gamha Purnima is also the day when in villages, the farmers in Odisha worship cows. People make many sweet dishes or pithas which are distributed among friends and relatives. The festival generally falls in August.

Magha Saptami is another festival that is celebrated in Odisha. This festival is most popularly celebrated in the Konark temple, and people from all over the state gather around the Bay of Bengal and offer prayers to the sea. Moreover, the people from all over the country visiting Konark during this time take a dip in the sea at the Chandrabhaga beach. Usually, the area is crowded during this time. Magha Saptami falls in February.

Nuakhai is a popular festival in Odisha. It is the agricultural festival observed by people in Western Odisha and also in some regions of Chattisgarh in India. Nuakhai is the festival that is observed to welcome the new rice of the new season. This is the most important social festival of Odisha, however, it has its high significance in the western region of Odisha and its adjoining areas. The word “Nua” means New and “Khai” means food, so the name clearly means the new crop that is being harvested by the farmers and that marks the start of the harvesting season. This festival is celebrated one day after the Ganesh Chaturthi each year and it usually falls in August or September.

One of the major festivals of Odisha is Bali Jatra. The word “Balijatra” means voyage to Bali. Every year during this Kartik Purnima, people in Odisha observe the ritual of “Boita Bandana” by floating cork or paper boats in rivers, ponds, or sea. This day marks the end of the holy month of Kartika (October to November), when the “Sadhabas” or Seafarers sailed off to distant lands of Sumatra, Java, Bali, Ceylon, Borneo, Daman, and Diu, for their trading activities, on boats named as “Boita”.

Balijatra is celebrated in various parts of Odisha, however, it is most famous in Cuttack and is celebrated with great fanfare. This is a 7-day long fair and it is a delight for people of all ages. There are numerous stalls set up here in the fair and many things including traditional handicraft, mouth-watering Odia Cuisine, and much more are available here.

This is a festival celebrated by Odia people in India. It is the festival of Goddess Mahalaxmi. It is believed that the goddess herself comes to every house and takes away all sorrow and pain. Manabasa Gurubara is held on every Thursday in the month of Margasira (usually during November-December).

Mana is a traditional bamboo container, which is filled to its brink with freshly harvested paddy. This Mana is offered to Mahalaxmi and that is why the festival got its name as “Manabasa Gurubara”. Here, Gurubara means Thursday.

People believe that Goddess Laxmi loves a clean house. So women clean their house and decorate it with Hoti, chita, or Rangoli. The foot marks of Mahalaxmi along with the Lotus, are marked through the chita or rangolis.

Vasant Panchami is the festival that occurs on the 5th day of the first lunar fortnight of the month of Magha, usually falling in January or February. This is also observed as Saraswati Puja. Goddess Saraswati is the Goddess of Knowledge and wisdom. Traditionally children get new clothes; many educational institutions observe the festival beautifully. The festival also marks the arrival of the spring season.

Prathamasthami is another important festival of Odisha. Enduri Pitha is a dish that is prepared on Prathamastami. People pray for the long life of the first-born child on Prathamastami. It has the cultural significance that the first-born child is generally expected to take over as the family head. This festival falls on the 8th day of Margasira month (usually in November or December).

Maha Shivratri is a festival when people celebrate the meeting of Lord Shiva and Goddess Shakti. This festival falls in March or April. During this time, devotees fast for the entire day and offer prayers throughout the night being awake. People of Odisha celebrate this festival with a lot of devotion and Shiv Temples are decorated beautifully for the festival.

During this festive time, the streets are lit up with lights all around and the pandals have huge idols of Maa Durga. Durga Puja is one of the most important festivals of Odisha.

Kalinga Mahotsav is one of the famous festivals of Odisha. The story behind this festival is quite fascinating. Earlier, a major part of Odisha was regarded as Kalinga, which experienced and witnessed the death of several martyrs during the rule of Ashoka. Kalinga Mahotsav was started for celebrating the victory of peace over war. This festival includes many martial arts that are performed in the Dhauli Stupa in Bhubaneswar. This festival is celebrated on January 10th and 11th every year.

Chau festival is a popular festival of Odisha and is celebrated for continuous 3 days. This festival is celebrated by the Bhuiyan tribes of Odisha. The most important factor that makes this festival quite well-known in the state is the performance of the Chhau dance. This dance is a traditional form of dance, which includes martial arts and folk dance touches too. The dancers wear masks and traditional dresses while performing the Chhau dance. This festival falls in April every year.

Konark Dance Festival is one of the most important festivals of Odisha and it is known all across the country. The primary aim of this festival is to bring together all the important and famous artists from across the world on one stage in Konark. The Konark Dance festival is celebrated for 4 days and it hosts some of the most important dance forms of India, including Kuchipudi, Manipuri, Odissi, Bharatnatyam, etc. This festival goes on from February 19th to February 23rd every year.

Budhi Thakurani Jatra is an important festival in the Ganjam district in Odisha. This is held during the month of Chaitra. The festival is marked with festivities throughout the Chaitra month, night-long Jatra, or a form of popular theatre in Odisha, which is accompanied by dance and music all night.

Hingula Jatra celebrates and worships Shakti and Shiv puja is done on this festival. The day is celebrated preceding the Visubha Sankranti. This festival is more popular in remote villages of Odisha. The specialty of Hingula Jatra is that the food is prepared in a special oven and the person worshipping has to eat only one meal a day out of that. This festival falls every month of Chaitra. 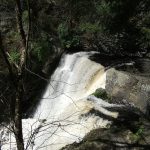 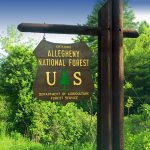 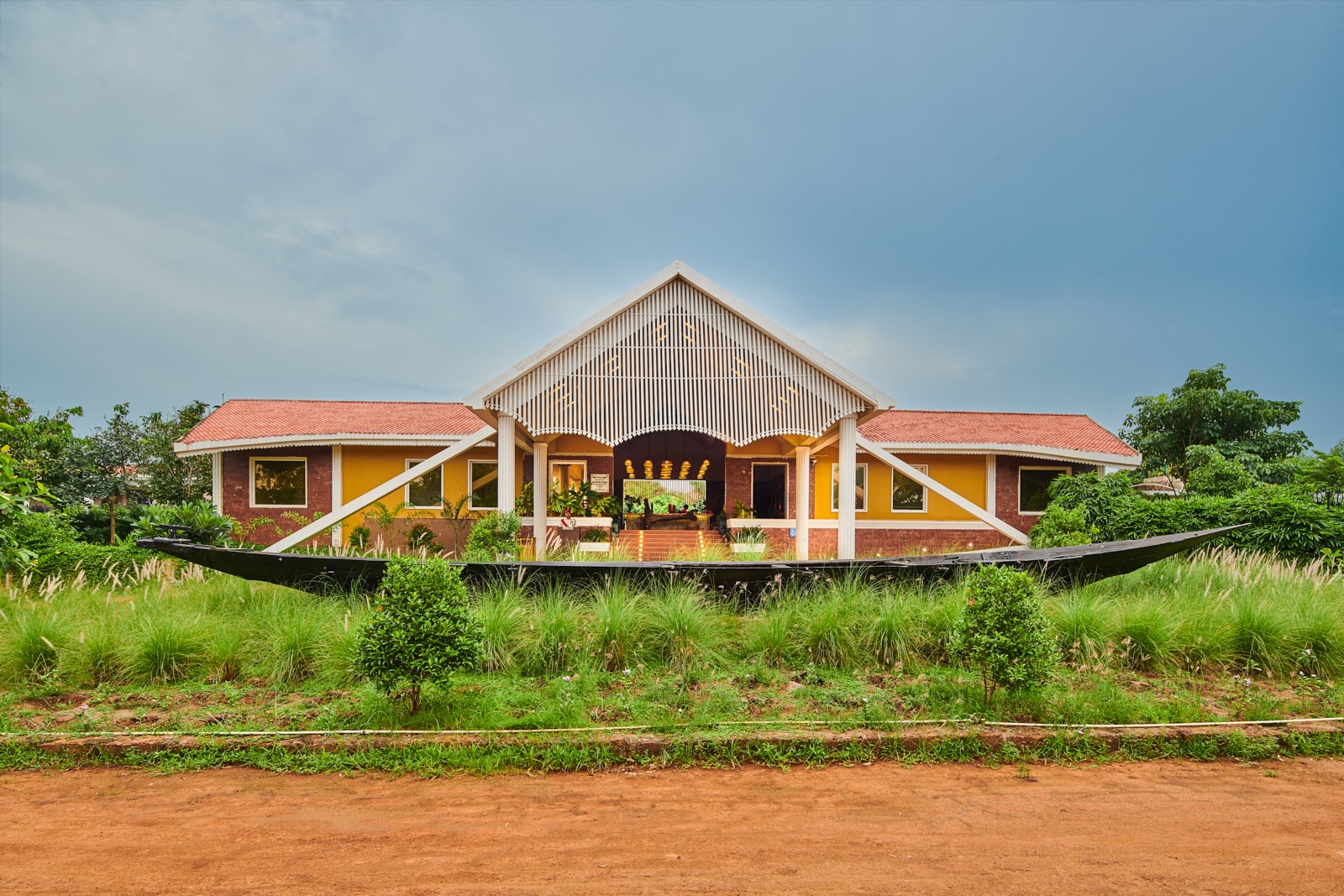 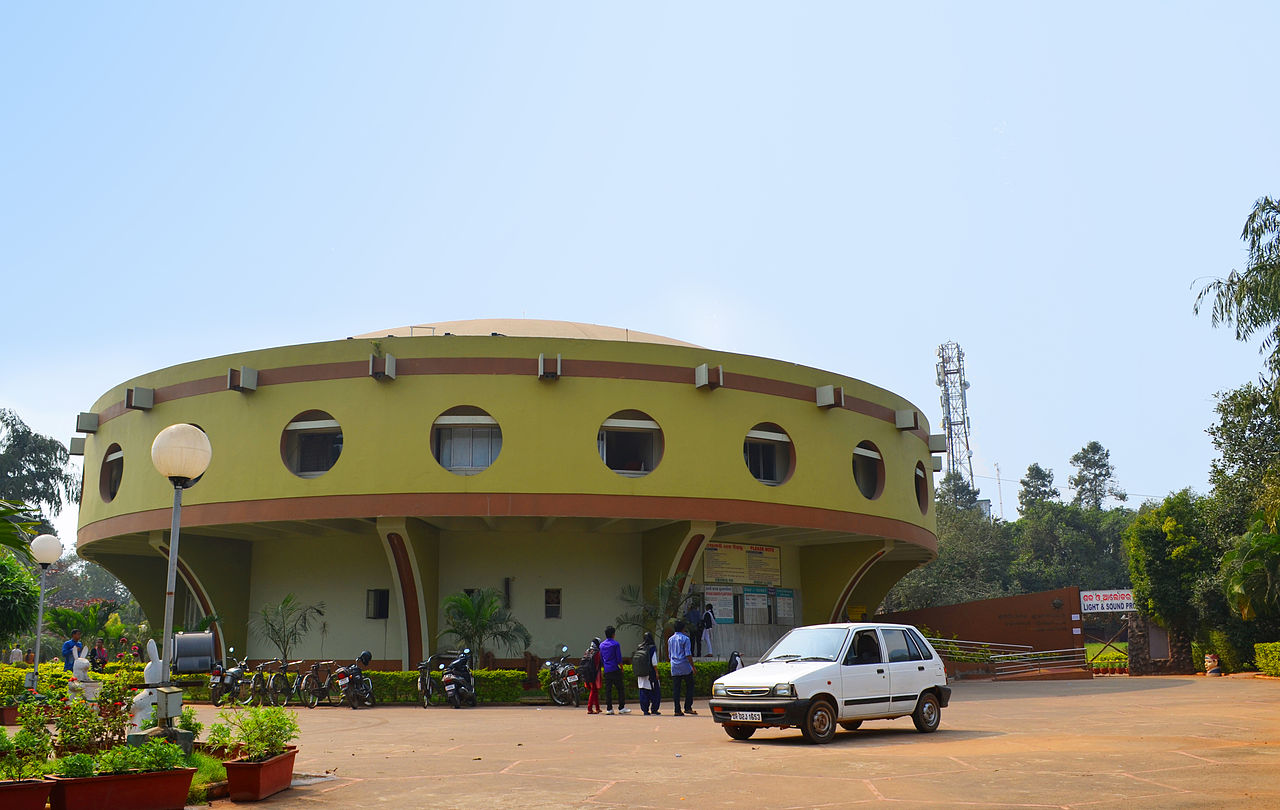 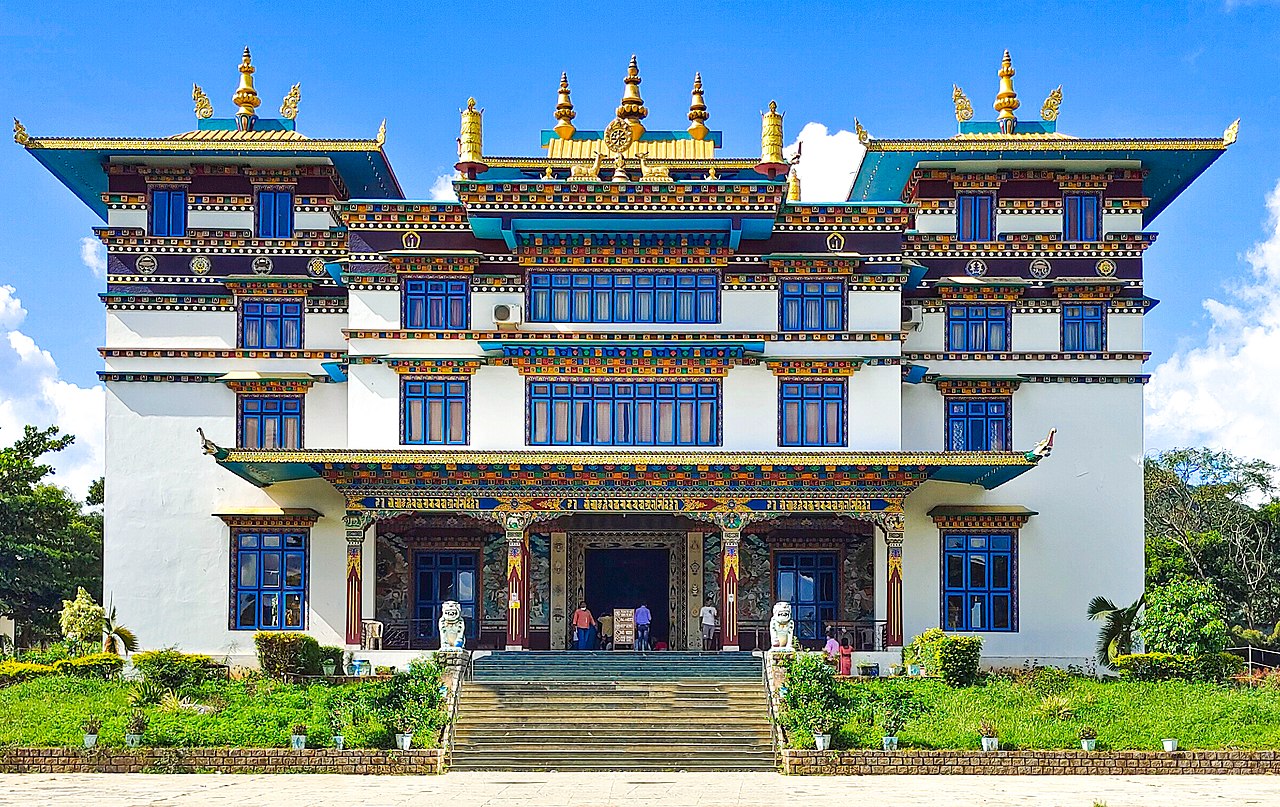