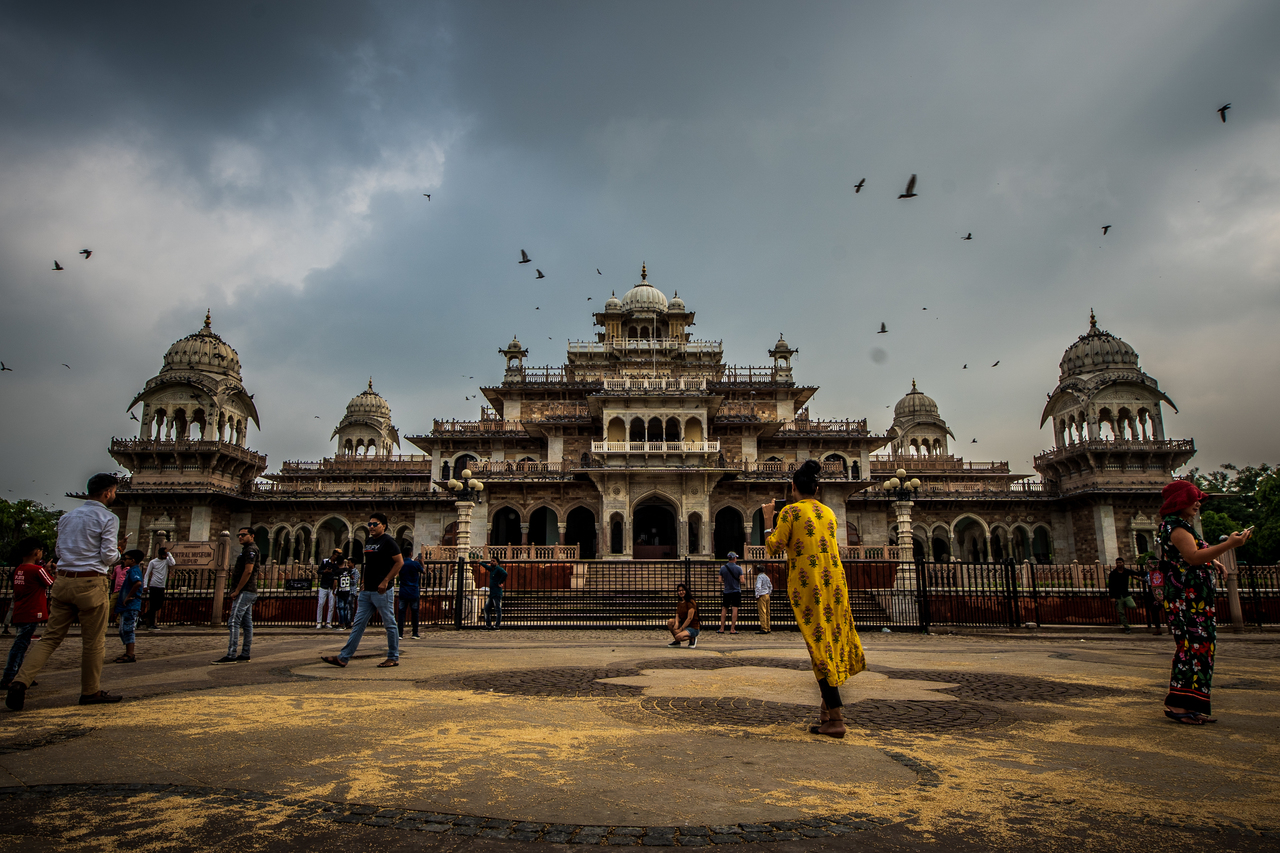 Does your idea of vacation include exploring the vibrant and colorful Rajputana lifestyle, history, culture and traditions? If yes, then we have found out just the perfect place for your fun getaway. Located in the South – eastern region of the Indian state of Rajasthan, Jhalawar is one amazing place to explore.

Though a lesser explored treasure of history, Jhalawar, a land laden with numerous historic forts and beautiful palaces would be a treat for any of the travellers to explore, especially if you are a history buff or if you wish to experience a glimpse of the Rajputana lifestyle. Once popularly known by the name of Brijnagar, apart from its historic significance and cultural heritage, the city of Jhalawar is also well – known for its rich natural wealth of vibrant and colorful flora and fauna. Does this tourist place to visit in Rajasthan make you curious? If you wish to know more about the place, then you have arrived at just the right place. In this travel guide for Jhalawar, Rajasthan, we have researched and brought for you some of the important information that you should know before visiting the place. Continue reading to know more!

Serving as home to the brave Chauhan Rajput, Jhalawar boasts of rich history. It is believed that historically, the city of Jhalawar was first founded in 1791 A.D. by Jhala Zalim Singh and was named after its founder only. Jhala Zalim Singh was the Diwan of the Kota district, back then in history. During that time the township was surrounded by lush forests and vast wildlife. It is said that Jhala Zalim Singh often frequented the area for hunting purposes. He loved the place so much that he wanted to develop it into a township. He had the vision of developing the place into a military cantonment area so as to safeguard the region against the attack of Maratha invaders. Later, the place was handed over to Jhala Madan Singh, who was the grandson of Jhala Zalim Singh by the Britishers. He became the first ruler of the city of Jhalawar and ruled the city from the year 1838 till 1845. Once a capital of the Kingdom of Jhalawar, this city soon became one of the major cities of the Rajputana region. 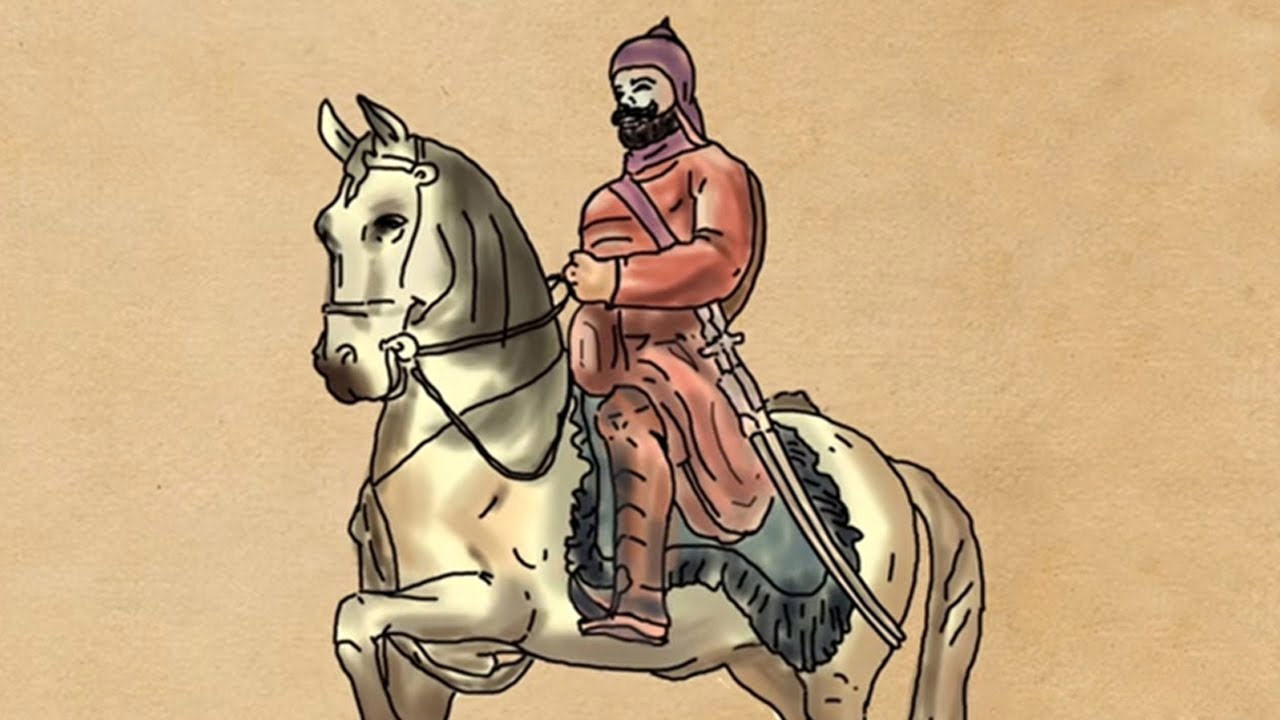 Flooded with a number of giant forts, the place will instantly take you back to the time when the place was ruled by the Maharaja’s and Raja’s of the Rajputana dynasty. No matter whether one talks about the architecturally imperious designs of the city or its beautiful people, the city has such an unusual charm, that it is nothing short of a treasure trove of history. Though today the Jhalawar city is mainly popular due to its past glory, its mysterious and historic charm is still enough that you will find yourself getting lost in its numerous forts, palaces and historic by – lanes.

Why Should You Visit Jhalawar, Rajasthan?

Located in the south eastern region of the state of Rajasthan, Jhalawar is the perfect vacation destination for all those people who love their privacy and don’t like going to overcrowded tourist places. Comparatively, lesser known, this is one of the best cities to explore in Rajasthan, especially for all the history lovers. If you are thinking that why exactly should you be visiting Jhalawar, then don’t worry yourself because in this travel guide for Jhalawar, Rajasthan we have already made some quick pointers to help you. They are:

Jhalawar is one of the top tourist places to visit in Rajasthan, especially for those people who are looking forward to having a little bit of elements of adventure, history and romance in their vacation. A vacation to Jhalawar will give you a golden chance of exploring different aspects of the state and by the end of your trip, you will definitely start seeing Rajasthan from a new light. Some of the popular tourist places to visit in Jhalawar, Rajasthan are:

Located right in the heart of the city of Jhalawar, this fort is one of the top tourist attractions to visit in Jhalawar city as well as the Rajasthan state. Also known by the name of Garh Palace locally, the Jhalawar fort is said to be built by Maharaj Rana Madan Singh and his successors in between the years 1840 till 1845. You will find that the palace walls adorn a series of beautiful paintings. Though these paintings can only be seen after getting a special permission from the authorities, they are worth all the efforts. While visiting the Jhalawar fort, you should definitely drop at the magnificent Zenana Khas. With walls decorated by extravagant mirror work and elaborate frescos, this Women’s Palace is one impressive place to visit. If you are someone who has a knack for art or are interested in exploring historical places, then missing out on this one during your trip to Jhalawar would be a shame. 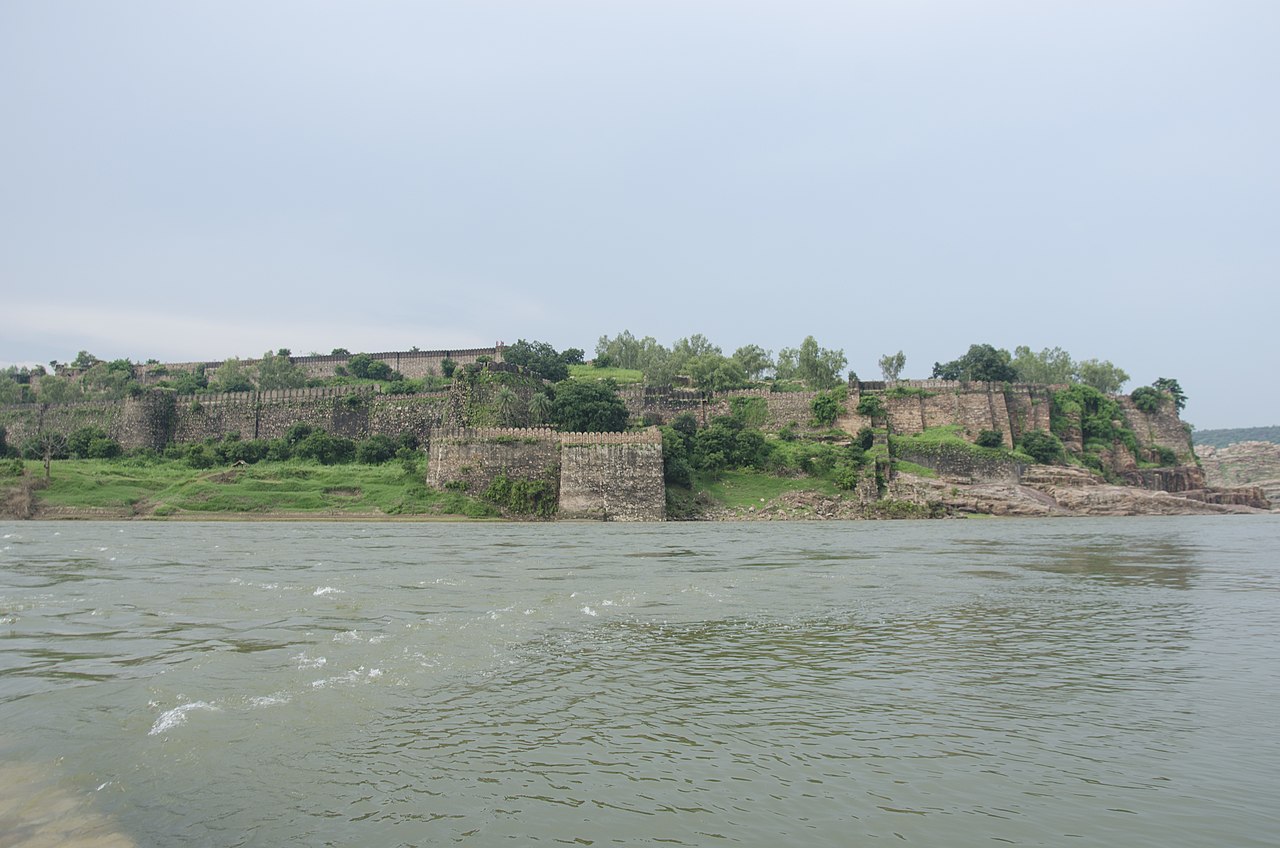 Jhalawar Government Museum: If you wish to know more about the history and cultural heritage of Jhalawar, then this museum should be one of the top tourist places to visit in Jhalawar in your itinerary. Tracing its origin back in the history to about 1915 AD, the Government museum of Jhalawar boasts of being the oldest museum of the state of Rajasthan. Owing to its rare exhibits as well as unique collectibles, this museum is one of the finest museums in the entire country. Some of the highlight items that you can expect to see in this popular museum are beautiful painitings, rare manuscripts, sculptures as well as inscriptions that belong to the fifth and seventh century. Some of the sculptures displayed here are said to have been retrieved from the city of Chandravati. The museum also boasts of being a home to several statues and epigraphs from the Jhalrapatan region. Other than that, there are some exhibits such as the Ardhnarishvara Natraj which are displayed here on an international level as well. Located close to the Jhalawar fort, you can easily combine these two attractions to have a memorable experience. 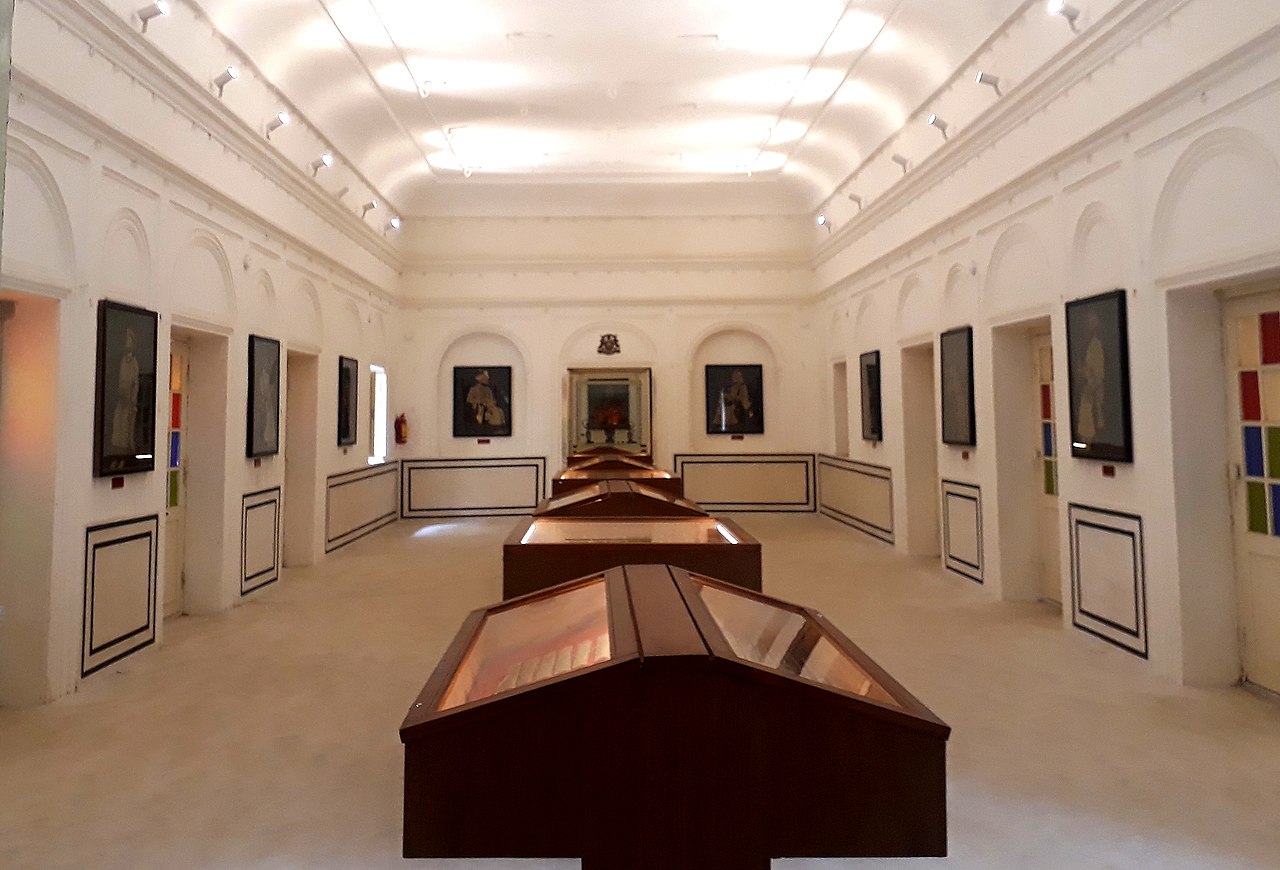 Opening hours: You can visit the museum anytime from 10.30 AM till 4.30 PM in the evening.

Offering a distinctive landscape, rich natural beauty, varied cultural heritage and a true experience of the Rajputana lifestyle, exploring Jhalawar city will take you back in time in the pages of history to an era of glory.

How To Reach Jhalawar in Rajasthan?

As far as reaching Jhalawar is concerned, you won’t come across much trouble. Jhalawar is one historically popular tourist place to visit in Rajasthan. It is well – connected with many nearby cities and states. You can easily reach it:

What Is The Best Time To Visit Jhalawar, Rajasthan?

Like the rest of the cities of Rajasthan, being situated in a very hot region, Jhalawar experiences an arid climate. Though the place welcomes travellers with open arms all round the year but for the best experience, it is recommended that you plan your vacation to Jhalawar in between the months of October and February. During this period, the place experiences pleasant and warm weather during the day, while the nights can be a bit chilly. A tip for new travellers is to carry adequate woollens to beat the chilly evenings. However, despite the chill, be rest assured because sightseeing is fantastic to do during this time.

Q1. What can one shop from Jhalawar, Rajasthan?

Ans. All the shopaholics would be pleased to know that the city of Jhalawar serves as an excellent place to shop for some traditional Kota Jhalawar and Bhil art work. Other than that, the city also boasts of impressive folk handicraft work. You can buy a few of them as souvenirs and bring back home along with happy memories.

Q2. What are the local dishes at Jhalawar, Rajasthan that one must try?

Ans. You get to enjoy a variety of delicious Rajasthani as well as North Indian food. Some of the popular dishes to try here include Daal Baati churma, Sev Tamatar and Makki ki Raab.

Q3. How did Jhalawar city get its name?

Ans. The city was named after its founder, Jhala Zalim Singh. 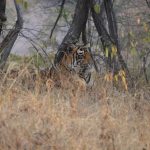 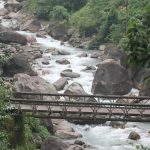 Chalsa Travel Guide: 7 Places in Chalsa That are Genuinely Mystical (2023) Next