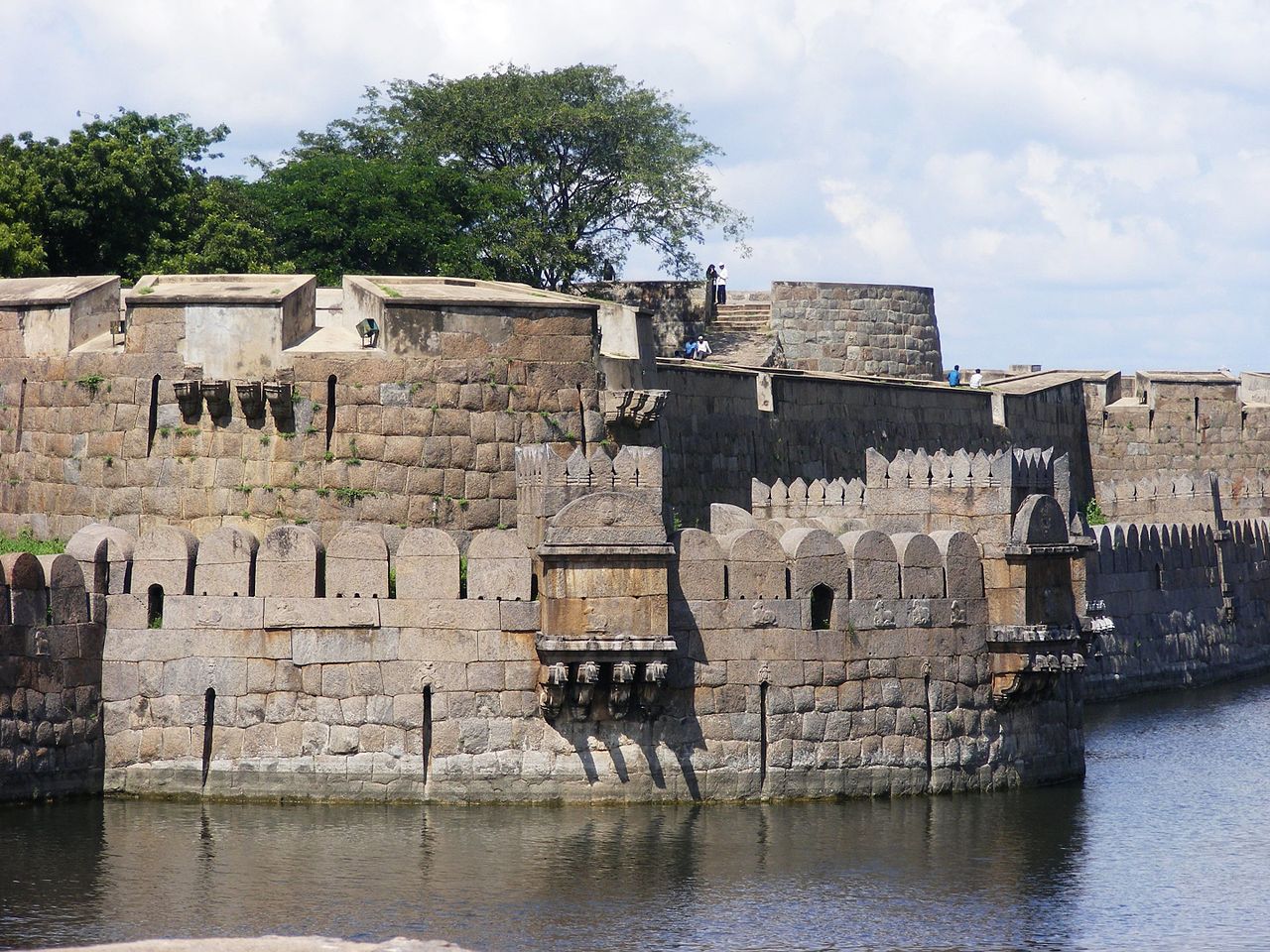 One of the most unique and majestic forts built in India is the Vellore Fort. It is considered to be Tamil Nadu’s most important historical treasure. Constructed over a sprawling 133 acres, the Vellore Fort is located amidst a broken mountain range. The fort is built on the banks of the River Palor in the 16th century and served as the headquarters of the Vijaynagar Empire. The beautiful surroundings of the Vellore fort attracts many tourists.

The Vellore fort was then transferred over the years to the Bijapur Dynasty, the Mughals, and eventually to the British.

The Vellore Fort is surrounded by a deep moat with enormous, majestic walls for protection against enemies. The fort is a formidable granite structure that is a showcase of incredible architecture, science, and technology of that era.

The Vellore Fort is one of the best examples of detailed military architectural styles of Southern India.

When is the best time to visit the Vellore Fort? It is best to visit the fort during the months of November to February as the weather remains pleasant, allowing you to go around the fort without any problem.

This majestic fort was built by the British East India Company in 1640, and it is believed to be the first fortress built in India in the year 1644.

The Fort St. George is home to the famous St. Mary’s Church, which is an ancient Anglican church, a museum containing antiques and artifacts from the British rule, and the Wellesley House, which houses paintings of the Fort Governor.

Fort St. George has recently been turned into administrative offices of the Tamil Nadu government and the Legislative Assembly. 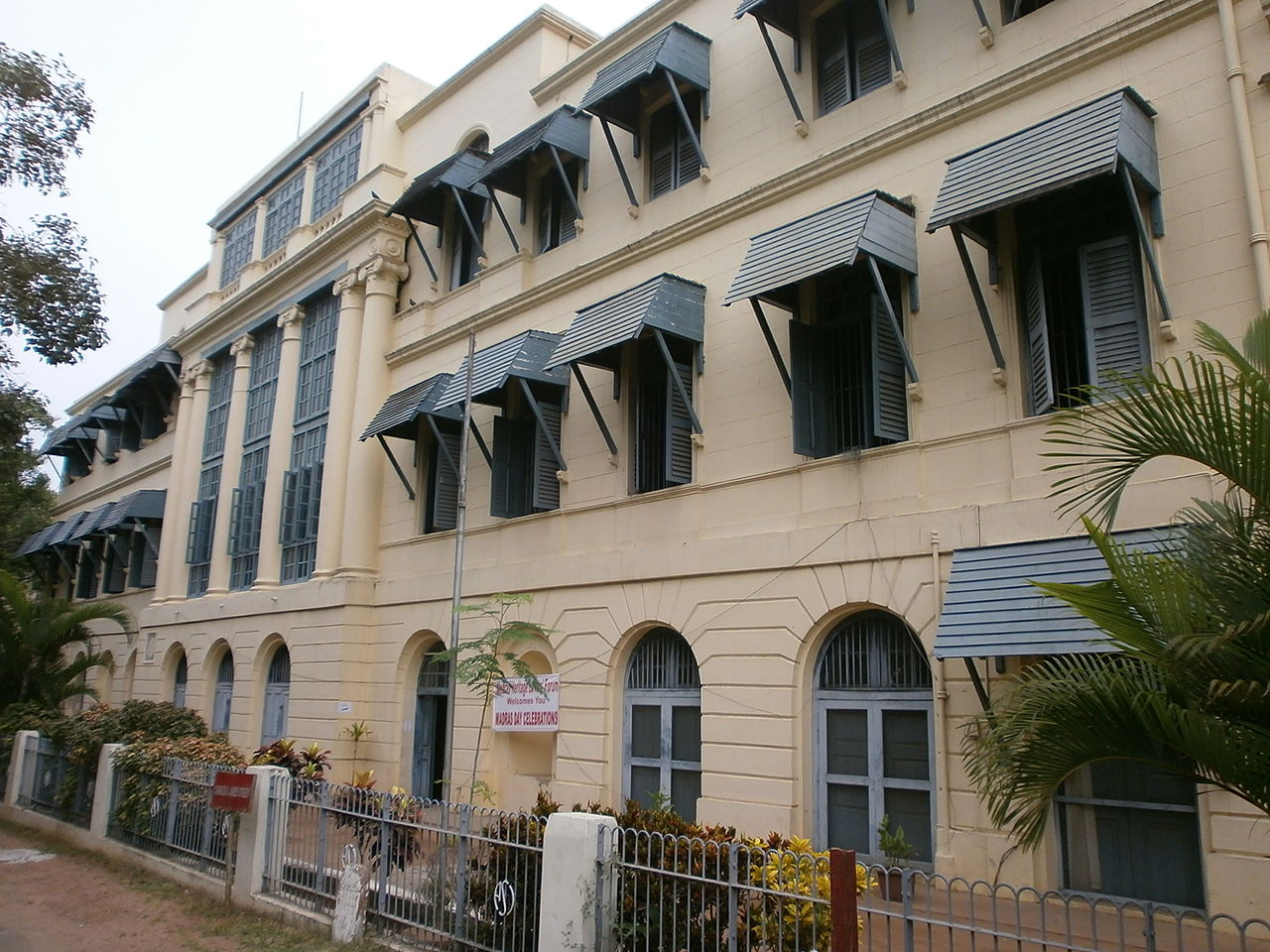 Image Source
Where is St. George Fort located? The fort is situated on the Rajaji Salai Road in Chennai and is a very famous landmark of the city. The Fort St. George is today looked after by the Archaeological Survey of India (ASI).

How long should I spend at St. George’s Fort? It takes around an hour to see the fort and check out the museum and church. So plan your trip accordingly if you truly want to take in the history of this magnificent fort.

What are the timings of St. George Fort? The fort remains open from 10 a.m. to 5 p.m. every day, except on Friday.

Is there any entrance fee at Fort St. George? Yes, for Indian citizens, the ticket is priced at a nominal Rs. 5, while for foreigners the ticket price is Rs. 100.

Another historic fort of Tamil Nadu that warrants a visit is the Manora Fort in Thanjavur. Located just 20 kilometers from Pattukkottai and 60 kilometers from the center of Thanjavur city, this fort was built by the Maratha ruler Serfoji II from 1814 to 1815. The Manora fort was constructed to commemorate the successful advancement of the British forces over Napoleon Bonaparte. This is a unique fort of its kind in Tamil Nadu constructed in a hexagonal form. This is an eight storied, hexagonal tower that towers 23 meters and overlooks the Bay of Bengal. 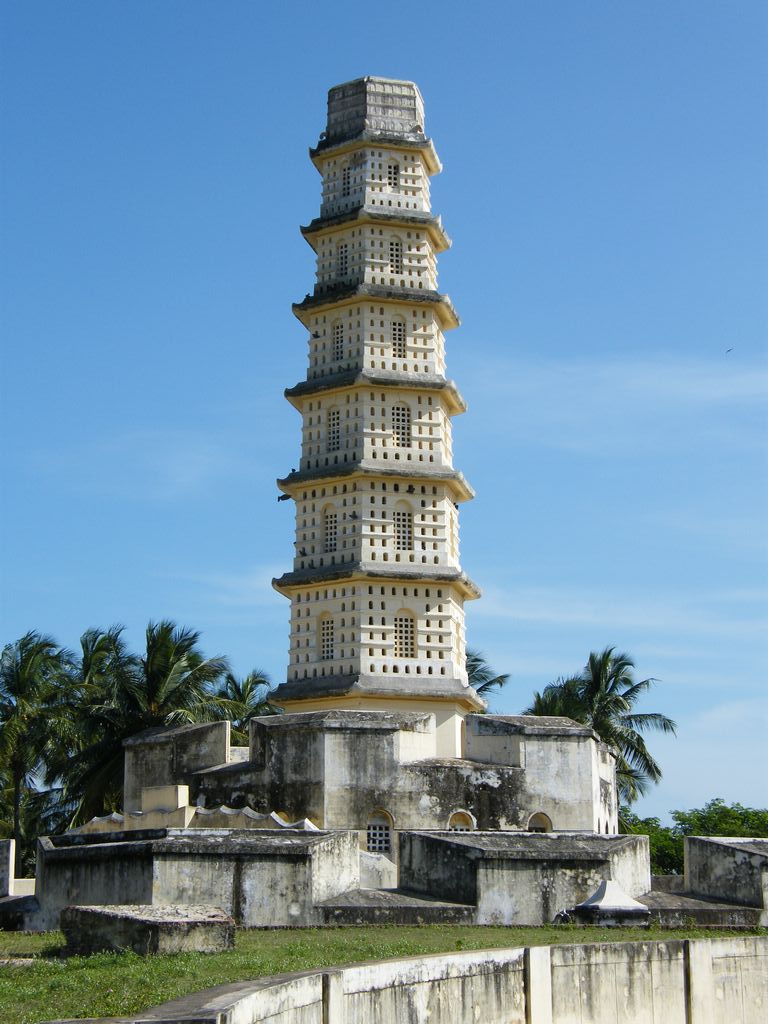 The Manora fort has been named after the word Manora, meaning Minaret.

The Manora Fort was significantly damaged in the Indian Ocean tsunami of December 2004. In 2007, the Tamil Nadu Tourism department renovated the structure and improved its infrastructure by constructing additional facilities. The department upgraded the children’s park and also built a separate tourist shed.

Surrounded by a wall, this tower fort also has a moat around it. The monument looks more like a pagoda than your traditional fort. With arched windows, a circular winding staircase, and eaves that separate one storey from the other, this unique Manora Fort is a must-visit when you are in Thanjavur.

What else is there to do around Manora Fort? There is a beach located near the fort, which makes it a popular tourist destination. For tourists who are keen to learn more about the Dravidian architectural style, another reason to visit this fort is that it boasts of classical Dravidian architecture, which is rare to see at the forts in India.

Also known as the Senji or Chenji Fort, the Gingee Fort Tiruvannamalai is located in the Villupuram District. It is around 160 kilometers from Chennai and very close to Puducherry. There is a significant history attached to the Gingee Fort. The fort was said to be one of the most fortified forts in India. So much so that the Maratha King Chhatrapati Shivaji once called it the ‘most impregnable fortress in India’. The Britishers called the Gingee Fort the Troy of the East.

Who built the Gingee Fort? The magnificent Gingee Fort was initially built by Ananta Kon from the Konar Dynasty in 1190 AD. It was later further fortified by Krishna Konar in the 13th century and elevated to the status of being an unbreachable citadel that protected the small town of Saenji. 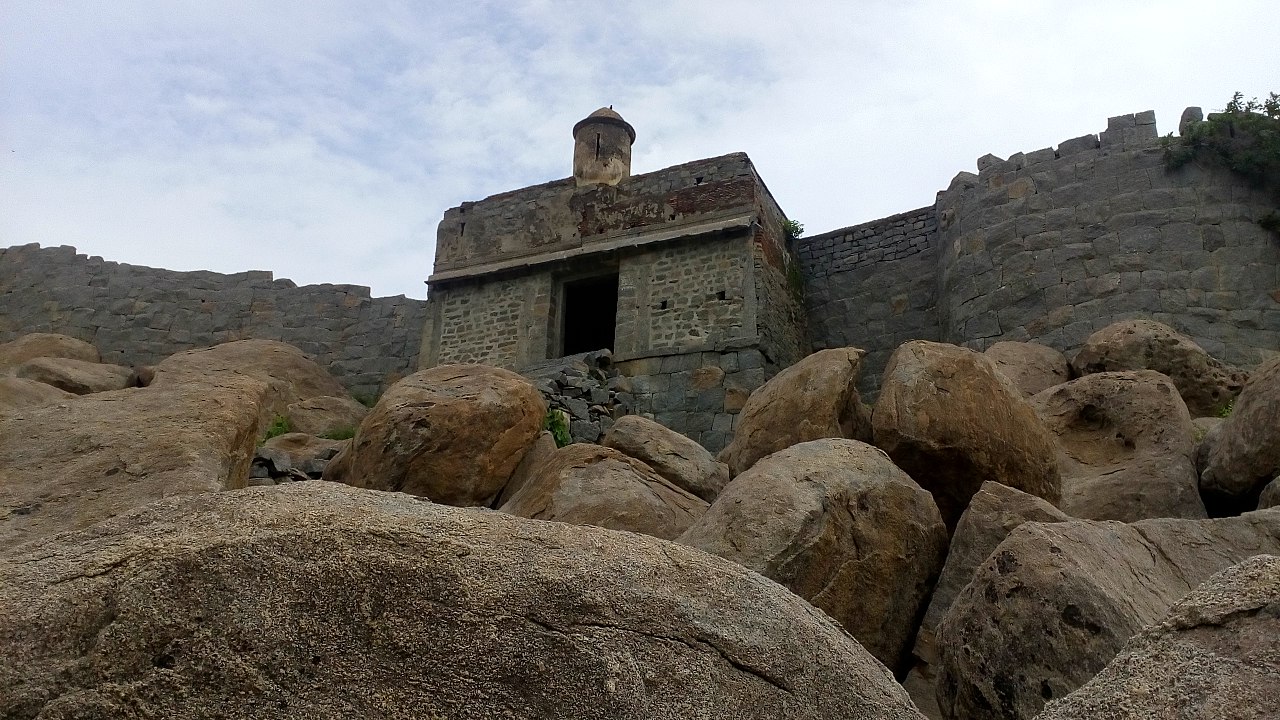 Image Source
The Gingee Fort complex is spread out on three hills – Krishnagiri Hills, which is named after Krishna Kon in the north, Rajagiri or Anadagiri Hills, which is named after Ananda Kon in the west, and Chandrayandurg to the southeast direction. These three hills make up the fort complex, with each having its separate and self-contained citadel. The fort is constructed at the height of 800 feet and an added protection of an 80 feet wide moat. The fort complex also includes a seven storied Kalyana Mahal, which is a marriage hall, prison cells, granaries, and there is also a temple dedicated to the presiding Hindu deity of the city, Goddess Chenji Amman. Visitors can also check out a sacred pond called Aanaikulam inside the fort.

Another beautiful masterpiece in the city of Thanjavur is the Vijayanagar Fort. This famous tourist spot is located a stone’s throw from the Brihadeeswara Temple. The fort was constructed by the Nayaks Dynasty and then renovated and further expanded by Maratha rulers during the earlier 1550 AD. 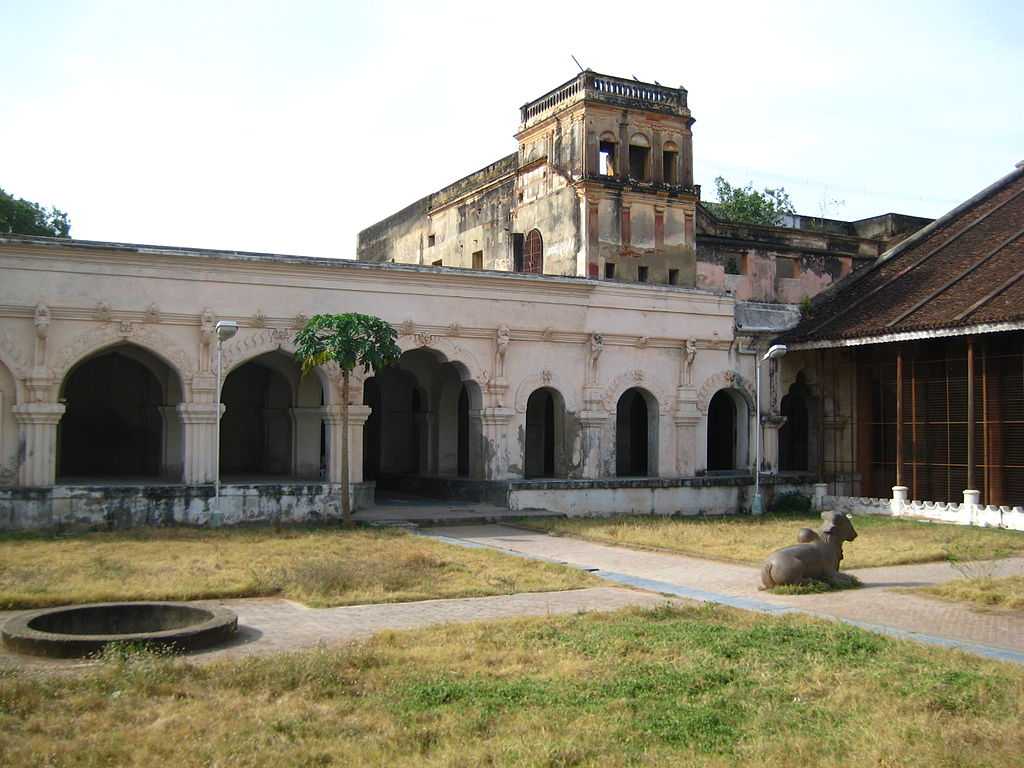 Image Source
Even though today the Vijayanagar Fort is mostly in ruins, you can still feel the strength and grandeur emanating from the ruins of a once majestic structure.

What are the timings of the Vijayanagar Fort? The fort complex remains open to visitors throughout the day. There are no specific timings mentioned on the website of the Archaeological Society of India. However, it is best to avoid visiting the fort in the dark. 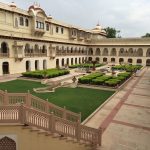 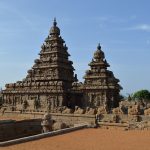 6 Beautiful Weekend Destinations From Kanchipuram (2023) Next