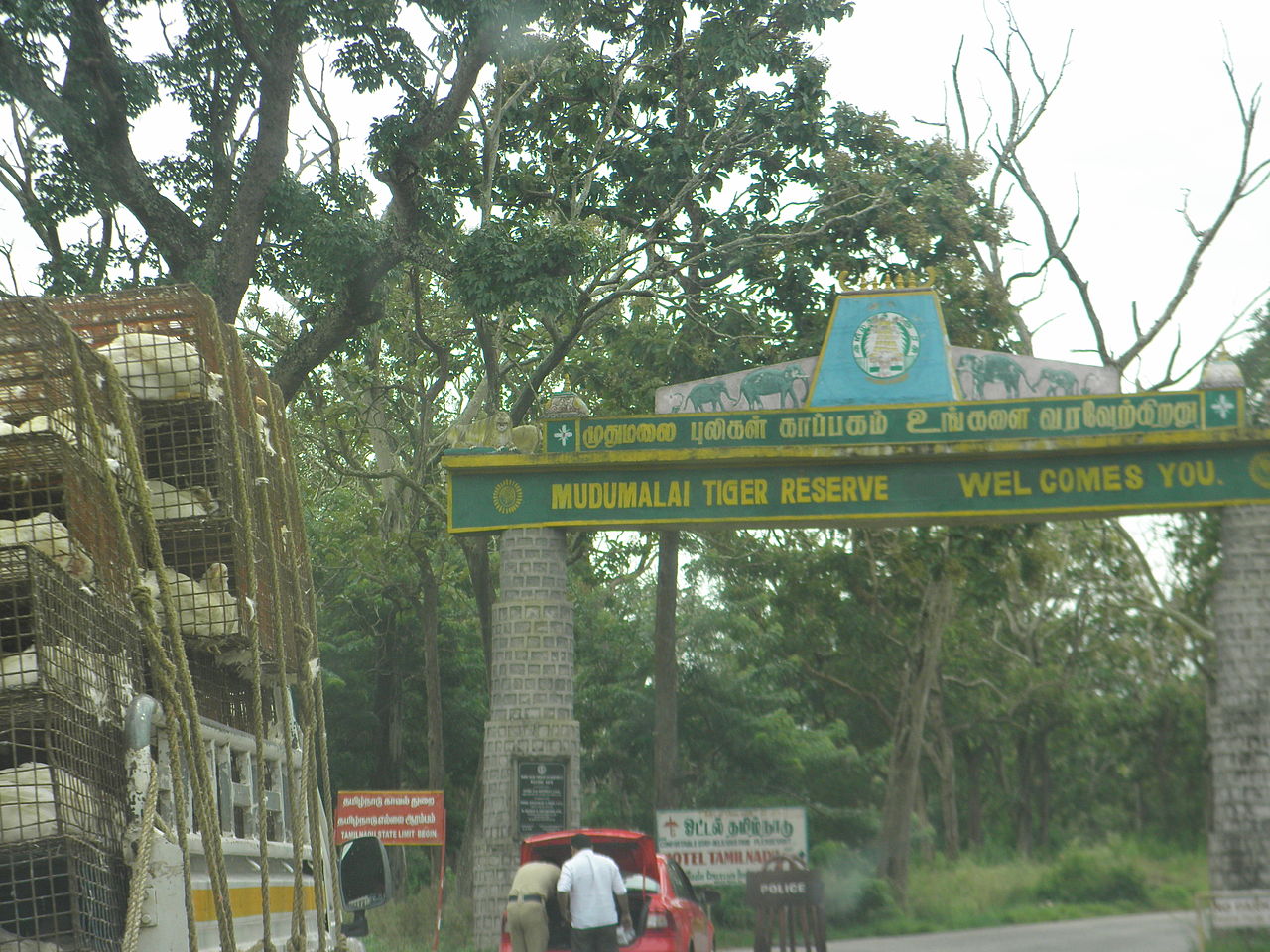 The state of Tamil Nadu is rich in biodiversity and blessed with a great diversity of habitats and natural beauty. The coming together of the Western and Eastern Ghats in Tamil Nadu forms a beautiful corridor of dense forests. With the massive Bay of Bengal on one side and Kerala’s backwaters on the other side, the state is located strategically to be a natural host to lush green forests and national parks. This is why it is not at all surprising that Tamil Nadu is called the King of National Parks and Wildlife Sanctuaries. However, when you pay a visit to such a vast empire of natural and wildlife richness, where you start from, and which places do you visit?

Tamil Nadu is blessed to have the Nilgiri mountain range, also known as the Blue Mountains. The scenic views of the beautiful Bay of Bengal and the never-ending blue sky from here are breathtaking. The Nilgiri hills are home to the amazing Mudumalai National Park, which offers a wide array of flora and fauna. It is one of the rare national parks in India where you can catch the mighty roar of the Royal Bengal Tiger, along with other rare animals that include giant Asian elephants, ferocious vultures, leopards, dholes, sloth bears, striped hyenas, and even Golden Jackals. The crested serpent eagle, the Malabar Trojan, the crested hawk-eagle, and the Malabar grey hornbill are some of the birds that can be spotted here. This is why the Mudumalai National Park is a popular spot for bird watchers, especially during the migration season.

The Mudumalai National Park was established in 1940 and, in fact, was one of the first national parks in South India. This national park in Tamil Nadu is located very close to the Bandipur National park and even though they both fall in two separate states, it is possible to visit both these parks on the same day.

The Mudumalai National Park, situated on the banks of the River Moyar, has recently been declared as a tiger reserve. It lies on the north-wesern side of the Nilgiris hills.

The park is known for its substantial avian population. Apart from resident birds, there are many migratory birds such as scops owls, hawk eagles, black woodpecker, kin vultures, falcons, and brown doves that frequent this national park.

This national park is home to huge herds of the Asian elephant, leopards, gaurs, tigers, sambars, mouse deer, and many other animals, including various reptiles such as pythons, crocodiles, turtles, and many others.

Out of all the national parks in Tamil Nadu, the Mudumalai National Park should be the first park you should visit.

If you are only going to be visiting the capital city of Chennai when you are in Tamil Nadu, but you still want to get an experience of having explored a national park, then the Guindy National Park is just right for you. Though this park is relatively small in size, it has a great range of flora and fauna. The pride of this national park is the Blackbuck, and some other exotic animals that can be spotted around the Guindy National Park include the bonnet macaque, the spotted deer, pangolin, and the three-stripped palm squirrel. 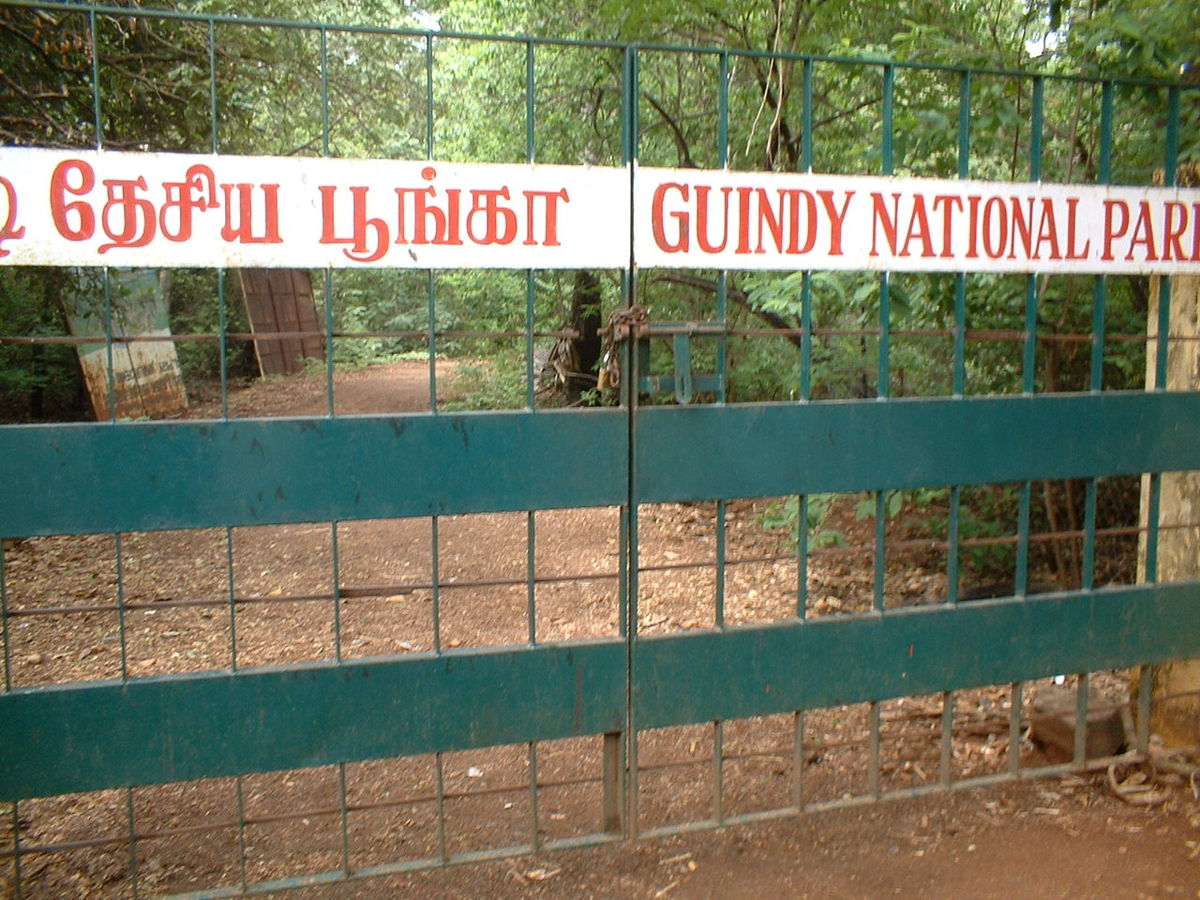 The park also has a fantastic collection of avian life, including parrots, paradise fly-catcher, golden-backed woodpecker, and many others. The park also has an exotic snake park that holds pythons, a king cobra, and other snake species.

One of the best features of the Guindy National park is the children’s park and play area where animals like monkeys, spotted deer, Blackbuck, and beautiful birds wander around freely and mingle with the kids, giving them a chance to truly feel like they are one with nature.

The Guindy National Park is the eight smallest national park in India. 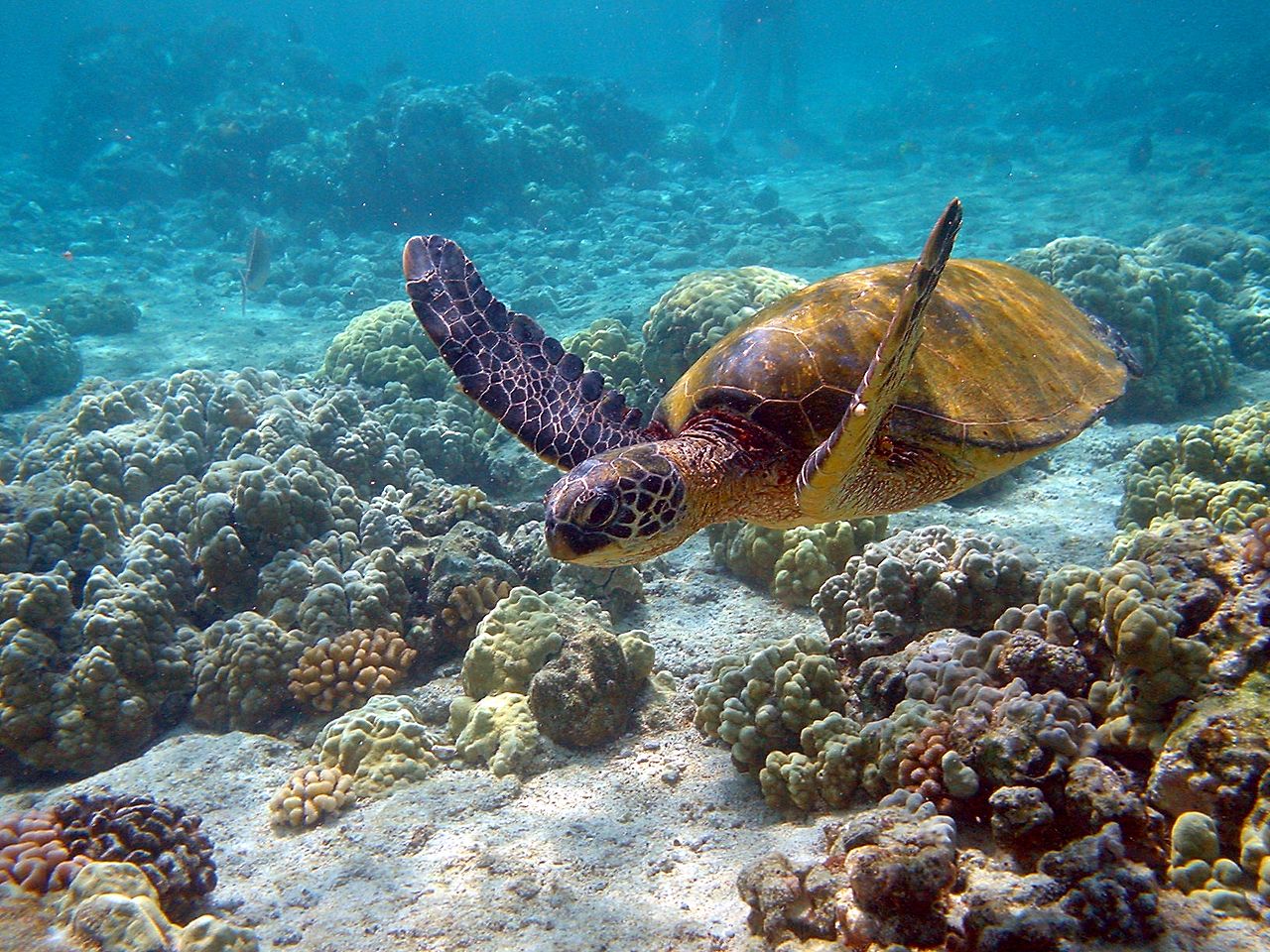 Image Source
Home to a variety of plants and animals in its marine, intertidal, and even the nearshore habitats, this national park is one of the wealthiest marine biodiversity areas in all of India. The park has three separate aquatic ecosystems, including coral reef, mangroves, and seagrass. At the same time, this national park is also home to salt marshes and various algal communities. The beauty of this park is further enhanced by different estuaries, forests, and beaches.

The park occupies a total area of 6.23 square kilometers and is India’s first biosphere reserve established way back in 1980. The park is also part of the third-largest oceanic division in the world, which is the Indian Ocean.

All the 21 islands located in the Gulf of Mannar Marine National Park are a part of the Marine National Park sphere, and due to this, all tourism and other related activities are restricted. However, you can still visit the park as there is public access, and tourists can see this beautiful marine national park on glass-bottom boat rides.

A visit to this unique marine national park is a must when you come to Tamil Nadu.

The Anamalai Tiger Reserve, more popularly known as the Indira Gandhi Wildlife Sanctuary and National Park, is a unique national park and tiger reserve that has long been providing shelter and protection to many endemic species of both plants and animals.

This national park was officially declared as a tiger reserve in 2007, though it was established in 1848. This national park is located in the Western Ghats, and it is famous for being a hotspot for biodiversity. The reserve is also an anthropological reserve, and there are around six to seven different tribal groups that are still residing in this region. 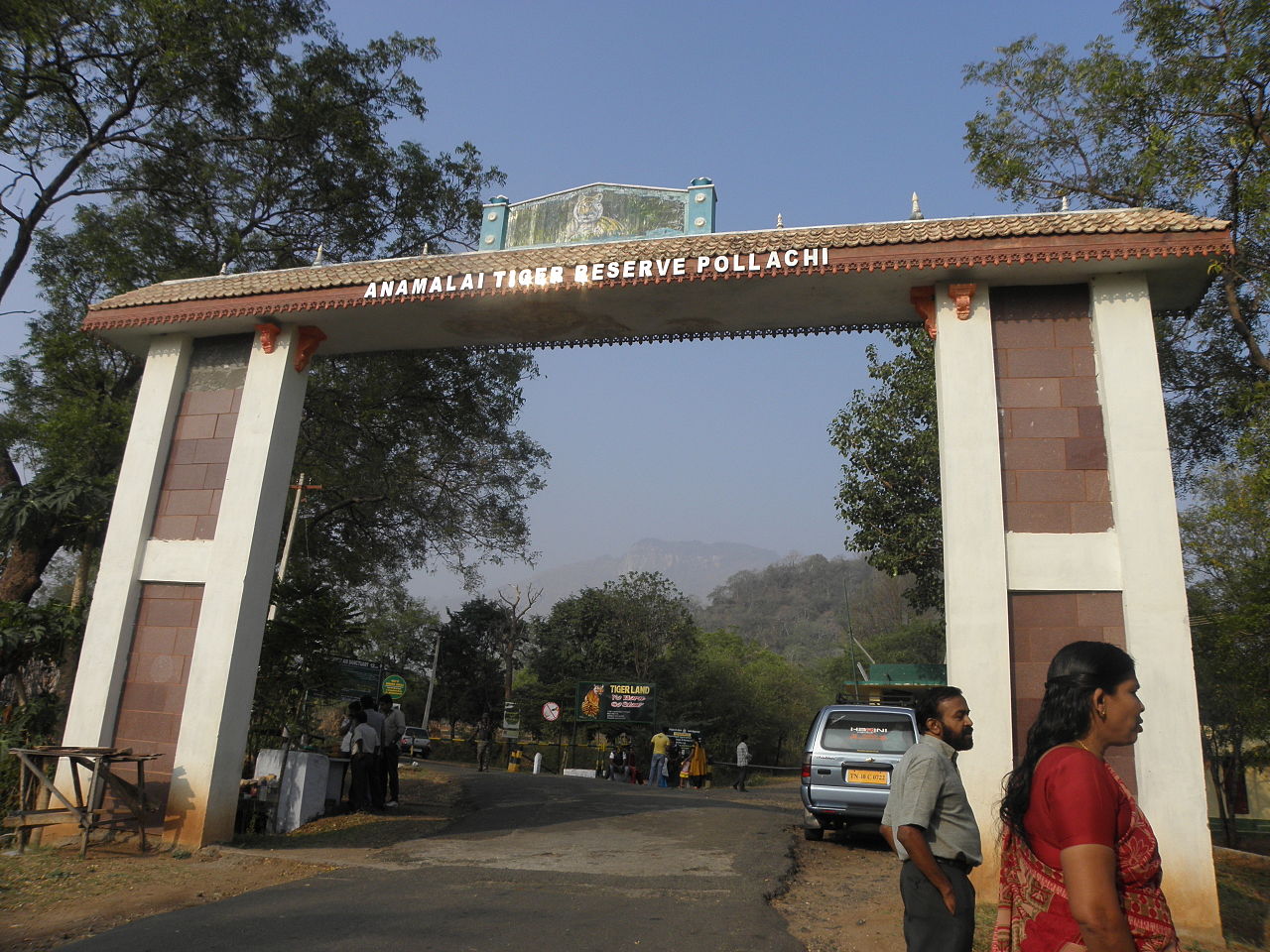 The national park is spread over nearly 960 square kilometers, at the height of 2400 meters above sea level. The reserve also spills over into the Western Ghats and also crosses some parts of Kerala, between Coimbatore and Kodaikanal.

The best time to visit this national park is between June to February.

The Mukurthi National Park is today home to many animals such as the Royal Bengal Tiger, Sambhar Deer, Asian Elephant, and the Nilgiri Tahr. The bonnet macaque, small Indian civet, the Bonhote Mouse, Nilgiri marten, jungle cat, soft-furred rat, Malabar Spiny Dormouse, and the black-naped hare are some of the other smaller animals found in the Mukurthi National Park.

This park is also unique in that it houses various species of frogs such as the Bufo microtympanum, Raorchestes Tinniens, Ghatixalus variabilis, along with preying reptile species such as the rat snake, checkered keelback, the Horseshoe Pit Viper, the Bronze-headed Vine Snake, Dwarf Gecko, and the Perrotet’s Shieldtail.

It is also home to a diverse range of avian species, including the wood pigeon, woodcock, orange and black flycatcher, black-winged kite, the laughing thrush, and the grey-headed flycatcher.

There are many trekking expeditions that are regularly organized within the forests of the Mukurthi National Park to spread awareness about forest conservation. These trekking routes take you through the breathtakingly beautiful places such as the Mukurthi Peak, which is the highest peak here, the Moyar and Silent Valley, Mudimund, Sipara, and others.

The incredible biodiversity found in Tamil Nadu is showcased perfectly when you visit these national parks. The meeting of the Eastern and Western Ghats provide the ideal environment for the many animals and plants that can be found in these parks and wildlife sanctuaries. A visit to these national parks will leave you in awe as you attempt to catch a glimpse of the elephants, leopards, tigers, and other endangered species here. Taking a guided tour or just trekking through these national parks can prove to be a thrilling adventure of a lifetime. 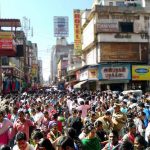 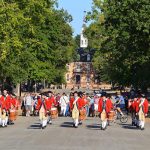 Virginia Travel Guide: The top 8 attractions To See In Virginia (2023) Next 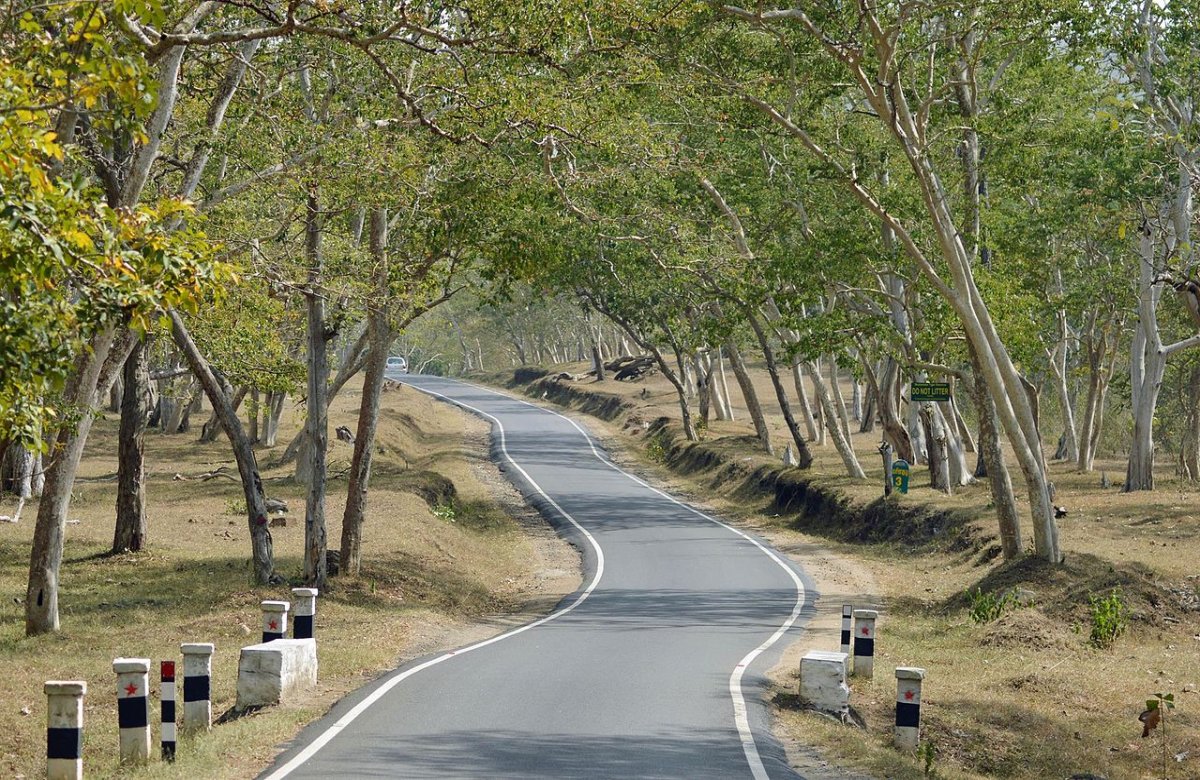