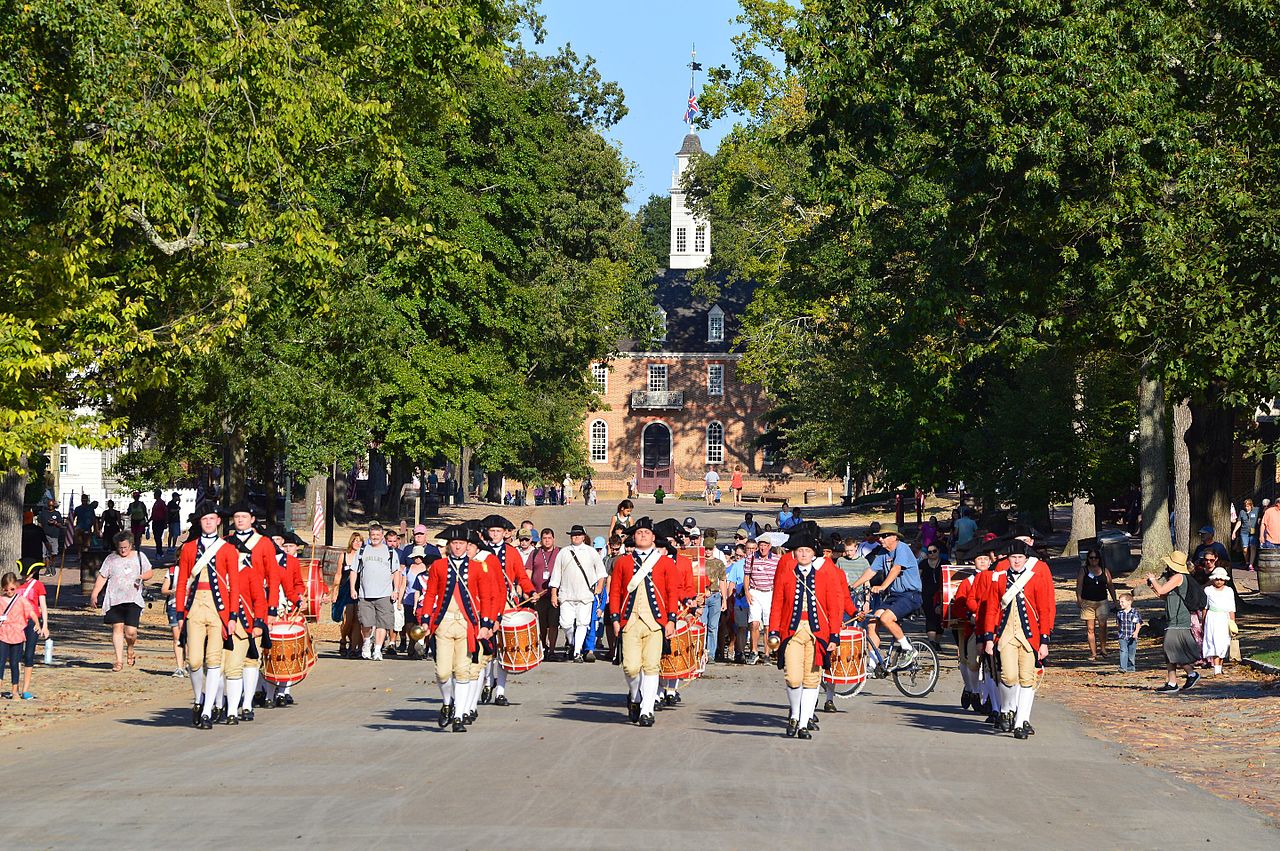 Virginia Travel Guide: The top 8 attractions To See In Virginia (2023)

Virginia is the place for History. Of the Presidents of the United States of America, the first five presidents were born in the state of Virginia. Mount Vermont and Monticello, which is one of the top-rated destinations in Virginia, they are also the homes of ex-presidents. Virginia is a state of great History as it is a place where a large part of American History has occurred. This is the place where both the Civil War and the Revolution ended.

Williamsburg, which was the colonial capital, now has a restored look of the 18th century. This was one of the main locations of the Revolution. This brings a lot of historical significance to the Virginia state. Hiking is an interesting activity that people indulge in during their visits to Virginia due to its large mountains. You should definitely consider planning a visit to this amazing destination and indulge in its rich culture, History, and heritage.

Virginia Travel Guide: The Top 8 Attractions to See in Virginia

Here are the specially curated places that you have to visit while being in Virginia:

There is no other place that can replicate the period of the American Revolution like Williamsburg in Virginia, even to this day. The buildings from the 18th century are still standing and recovered to their original forms. Here, you can have pride in standing where Patrick Henry gave his admirable speech, eat where George Washington enjoyed seafood, and walk the paths that Thomas Jefferson took.

The town was the capital of Virginia and had a lot of historical significance. It is where the final battle of the war of The Revolution was fought. It was a special place when it comes to American Independence and is one of the most active capitals politically.

Virginia Beach is a very popular beach in Virginia, and has a lot of hotels and resorts. There are plenty of amusements and boardwalks as well in this destination. If the beach is too cold for the kids, there is the Ocean Breeze Water Park, which has water-themed fun. Another exciting place to visit is the Virginia Aquarium and Marine Science Museum is an amazing spectacle that has an 800,000-gallon aquarium with fauna from all over the coast. 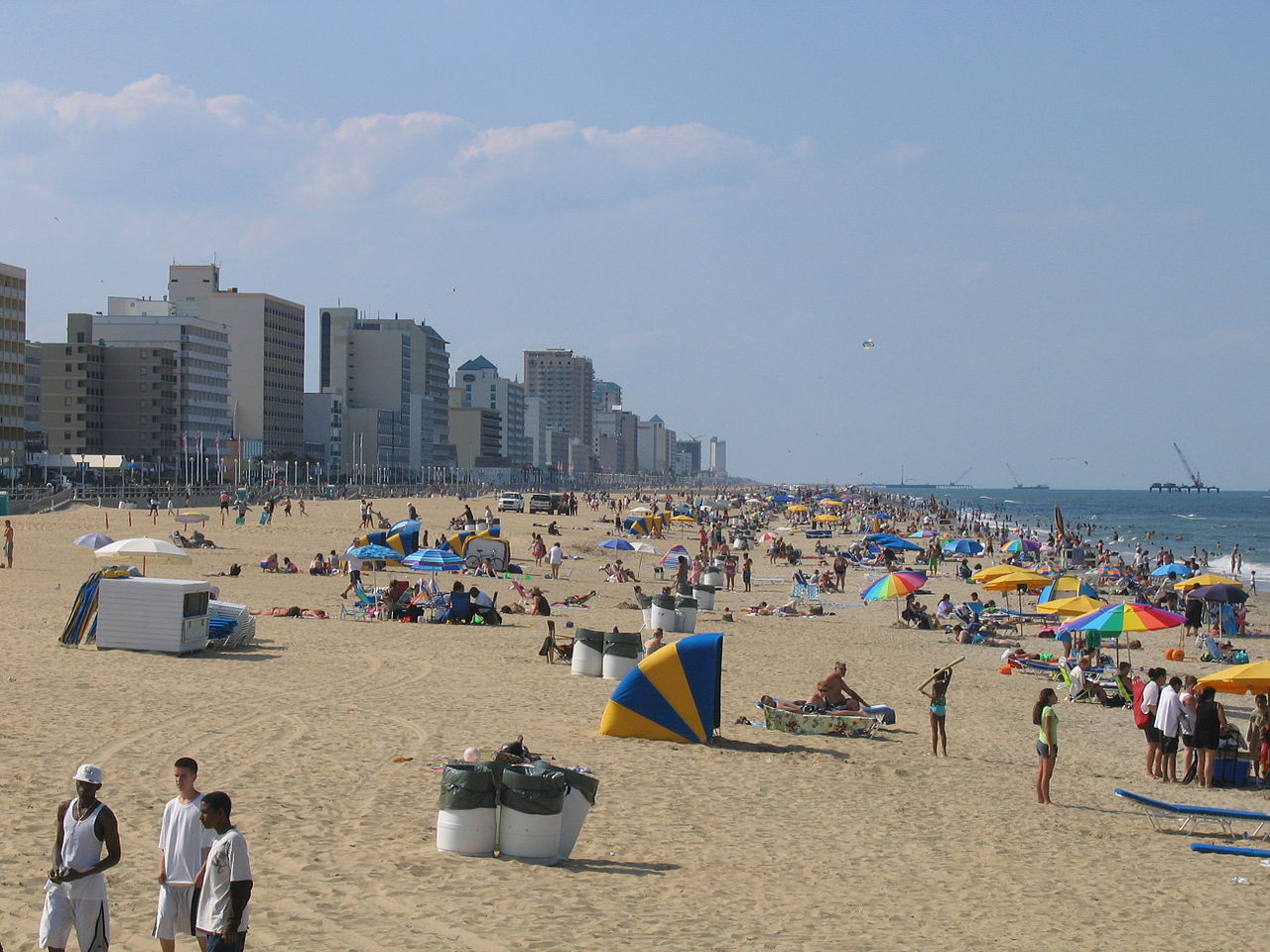 There are also hiking trails and walking paths at the Back Bay National Wildlife Refuge, which is also a bird watchers’ favorite. If you’re enthusiastic about historic and contemporary water fowl, then paying a visit to the Atlantic Waterfowl Heritage Museum in Virginia is highly recommended..

The Shenandoah National Park is located in the center of Virginia and has a range of mountains that range from 2000 to 4000 feet in height. Along with this is the Skyline Drive, which has many attractions along the way. This includes President Hoover’s summer residence and the old Cave Cemetery. 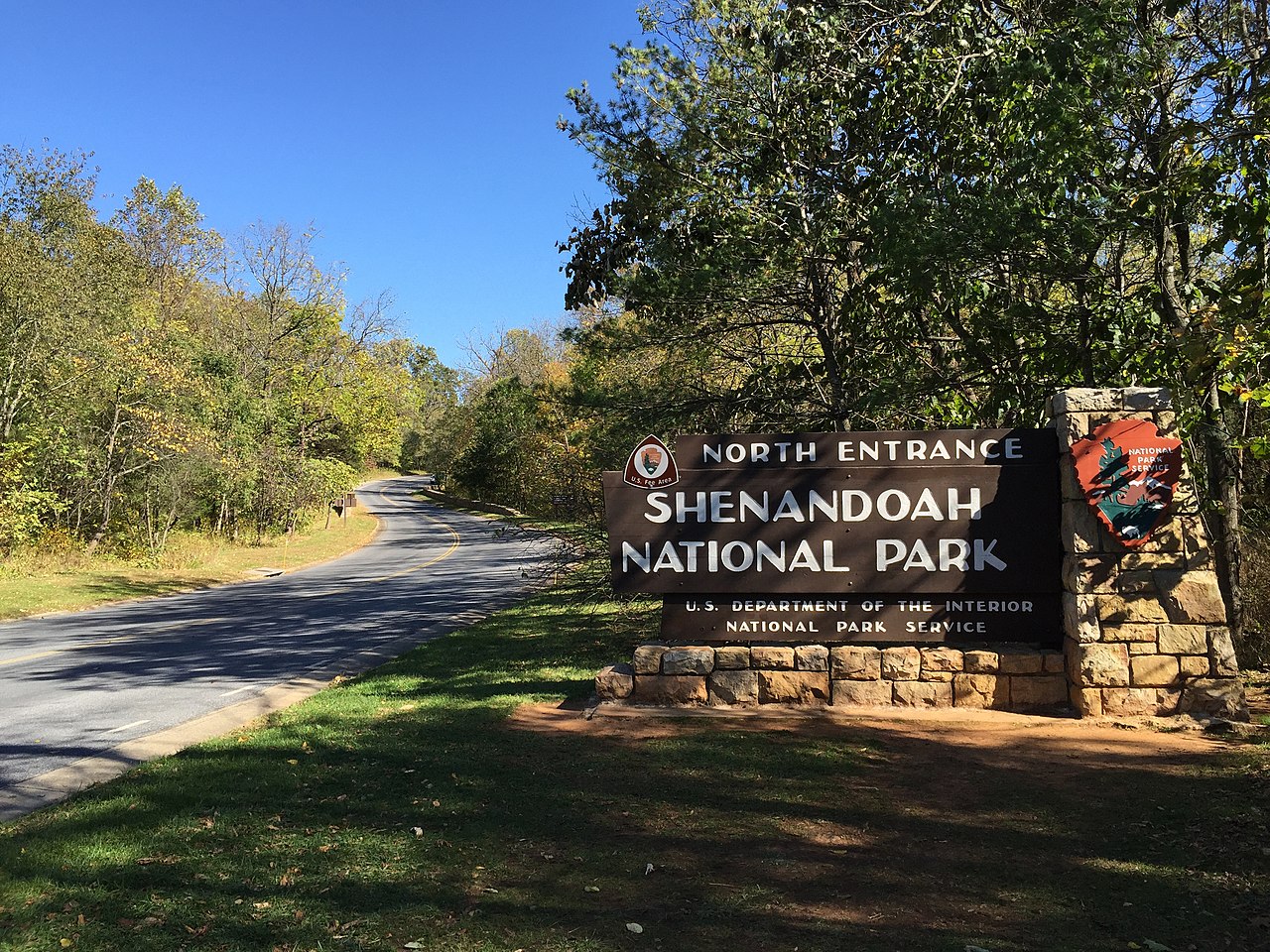 You should go to the Luray Caverns from the Skyline Drive to see glorious formations of stalactites and stalagmites.

This is a cemetery in Virginia that spans over 600 acres and overlooks Washington DC. This is the burial ground of many famous people of the United States of America. Here, in the Arlington National Cemetery, the most visited cemetery is the one of John F Kennedy and the Tomb of the unknown soldier. Kennedy’s grave has an eternal flame and inscriptions from the 1960 inaugural address. The Tomb of the Unknown Soldier is watched over 24 hours a day, all week, and all year round. It has remains of soldiers from both the World wars. 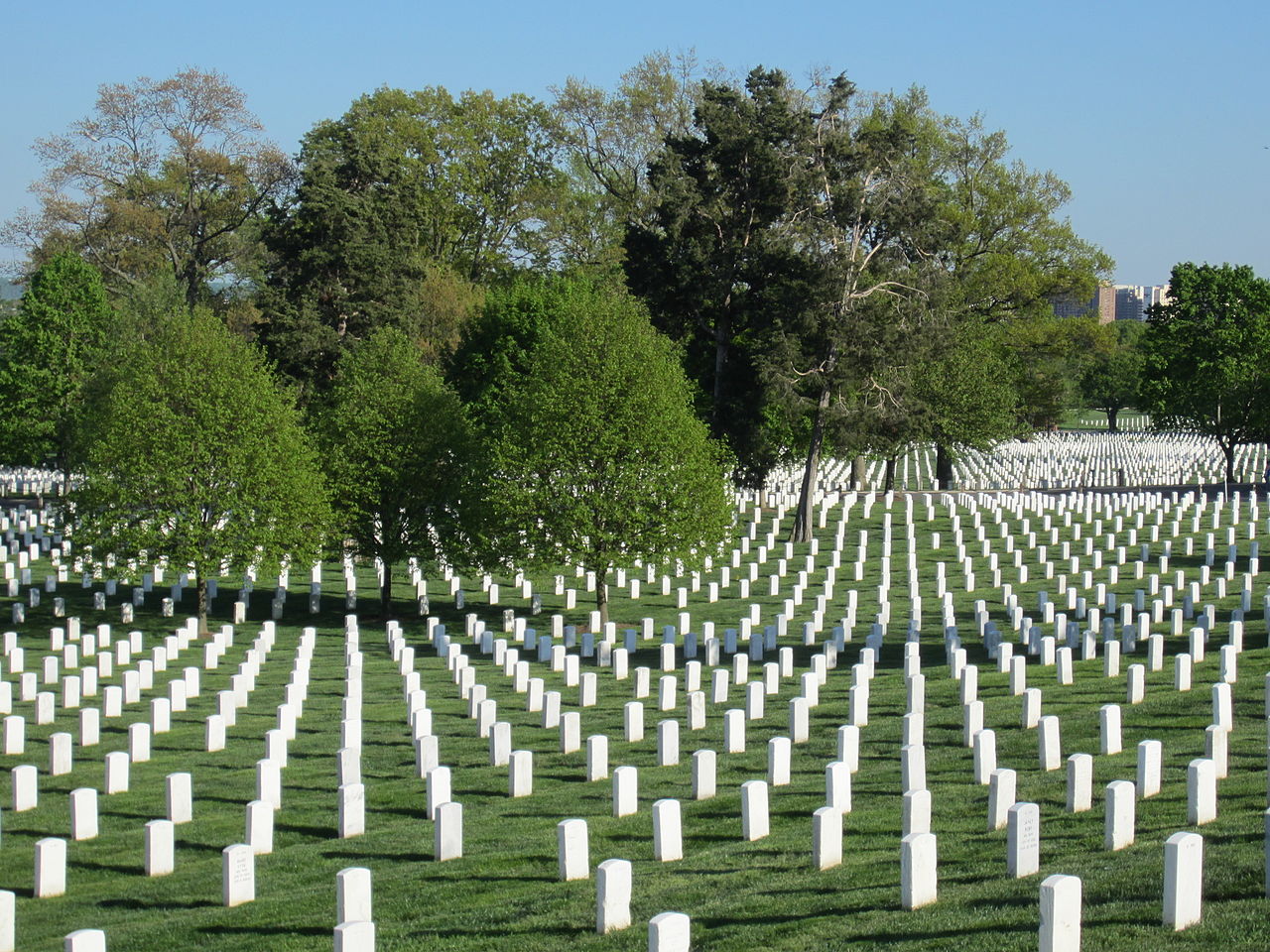 Another famous location here is the Iwo Jima Memorial, which depicts the Joseph Rosenthal photo of five marines raising the flag in Mount Suribachi.

Other famous places of interest are the Seabees Memorial and the Women in Military Service for America Memorial.

The Arlington House was built by the first resident of America, George Washington, in the early 1800s as a tribute to his step-grandfather. This house is most widely known as the residence of Robert E Lee for 30 years after being abandoned during the Civil War.

The Tomb of Pierre L’Enfant, the person who designed the Washington DC city, is also close to the mansion.

This was the house of George Washington until his death. It is a 21-room plantation homemade with perfect architecture and construction that you couldn’t see in a house today. Mount Vernon is a place filled with the personal memories of George Washington and his wife, Marth Washington. This includes family portraits, crests, and the belongings of the couple. 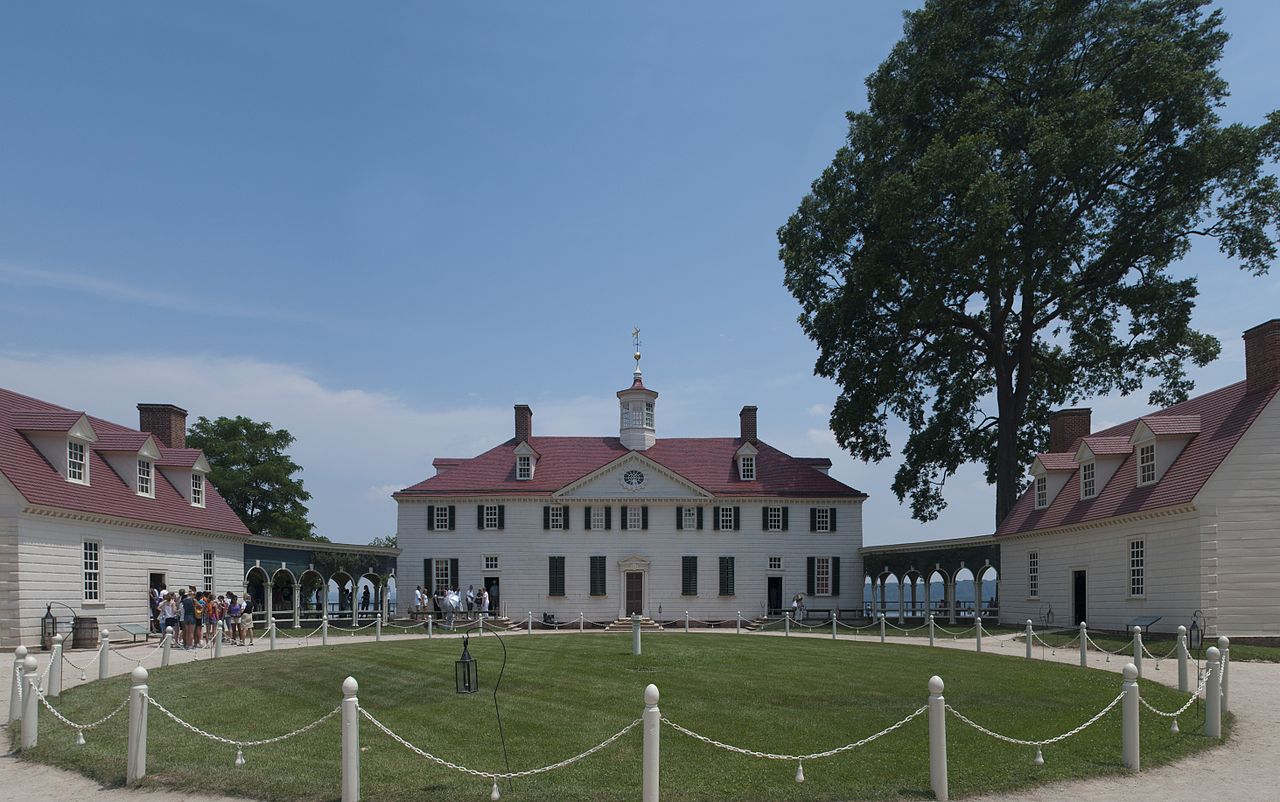 The gardens of the area overlooking the Potomac River are a significant pride for George and were placed there due to his taste and want.

You will see that the gardens are planned in such a way to his taste without being too formal. Just the way George liked it, it is being preserved the same way as well. Many skills are used in the plantation like weaving, shearing, and water-powered gristmill.

This is one of the first country houses in the United States. It also has the pride of being one of the most visited and stayed presidential houses in Virginia. Thomas Jefferson’s Monticello is a mansion that he himself designed, and it took a span of 1768 to 1809 to finish its works. The back of the mansion is with a beautiful garden which, too, was designed by Jefferson. An interesting exhibit is the Landscape of Slavery: Mulberry Row at Monticello, which shows the people who lived in the 5,000-acre plantation. 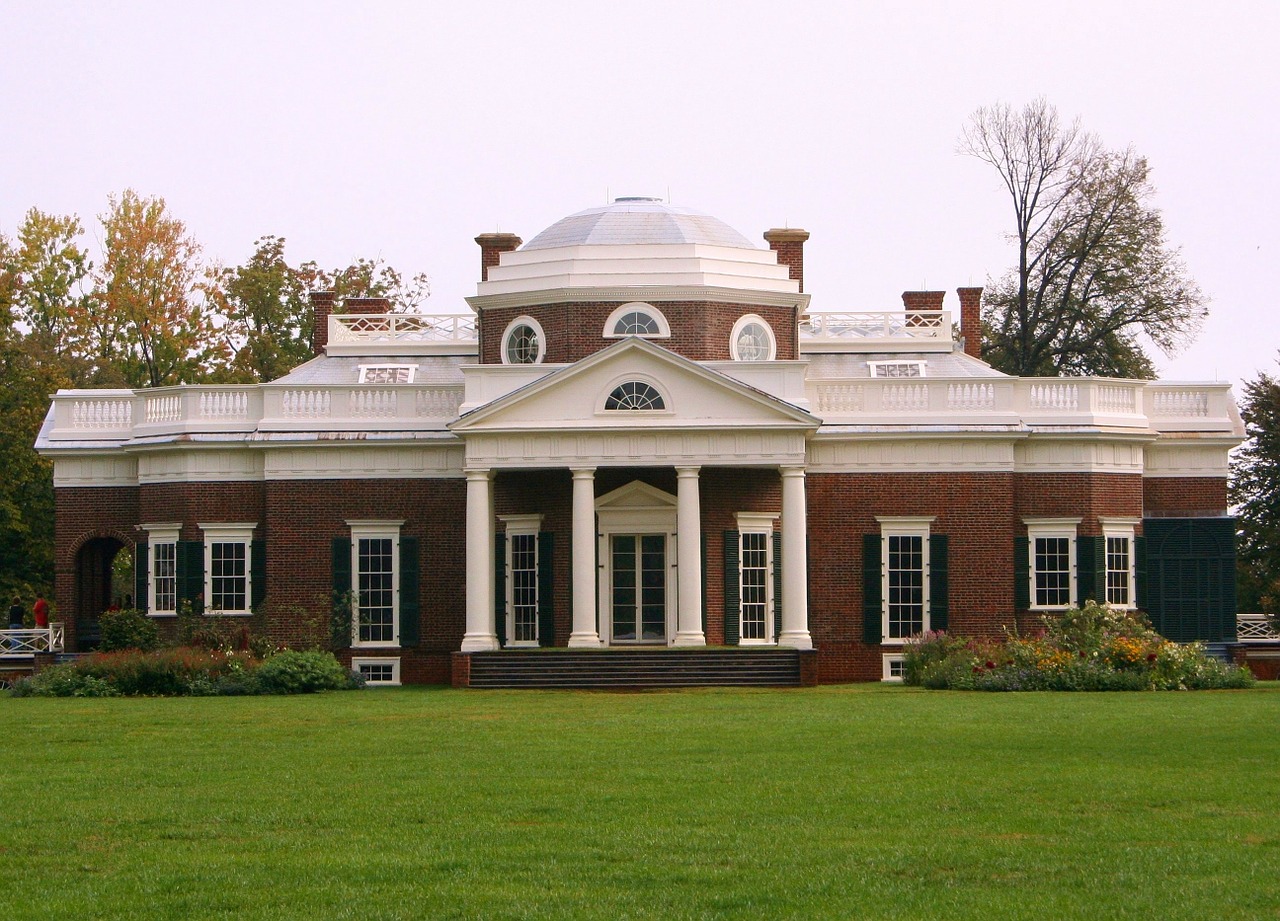 Thomas Jefferson is also known to have founded the University of Virginia and designed this building too. Make sure to visit all these places on your trip to Virginia.

Jamestown and Yorktown in Virginia is the place where the Revolution ended. The town of Jamestown is one of the oldest settlements of the British in the North American Soil. Most of it is damaged or disappeared to time except for the church tower and the churchyard. But you can find a recreation of the settlement at the Powhatan village. There are also replicas of the ships that brought the settlers from Britain to America. 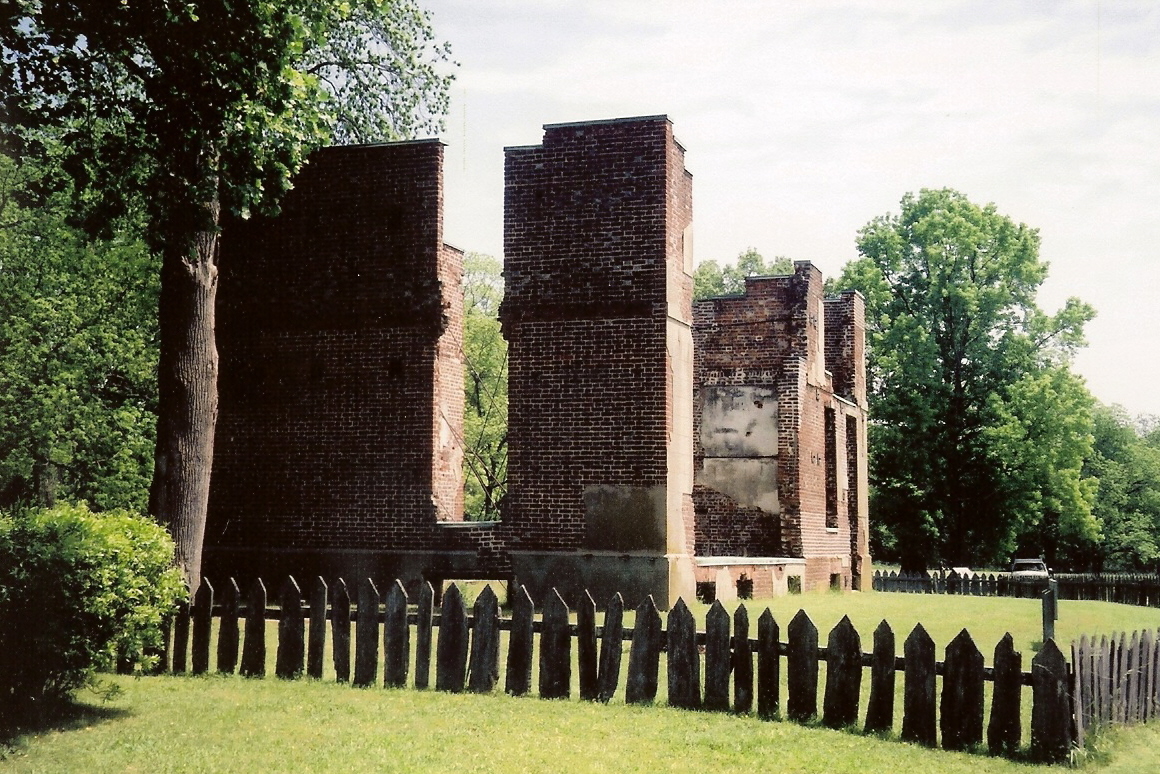 There are many statues that can be admired here, especially Pocahontas created in 1922 in memory of her role in having smooth relations between the native Americans and the settlers who came from elsewhere.

The Yorktown Battlefield is significantly known for being the place where the English Army under Lord Cornwallis surrendered to the combined forces of the American and French Armies. This is what paved the way to American Independence. You can see the Moore House from where it was the Cornwallis surrendered.

The Luray Caverns in Virginia is one of the most amazing spectacles of calcite formations. It has an extensive underground system that makes the whole scene to give you an alien vibe. Visitors can walk through the caves and make a wonder of the mysterious landscape. You can see limestone crystals and also centuries-old fossils. The Luray Valley Museum reconnoiters the past of the Shenandoah Valley. 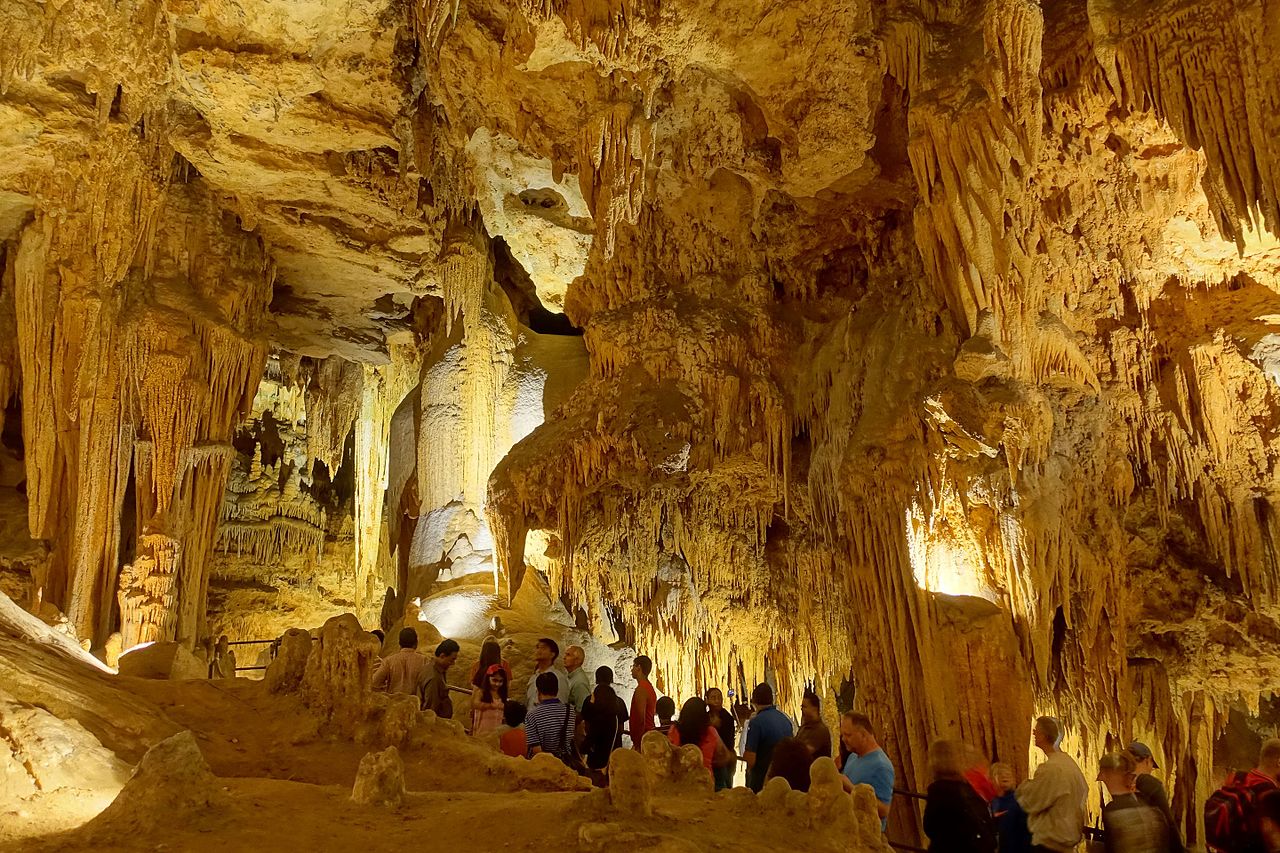 Considering all the above places, you are very much aware that Virginia is a history buff’s paradise. If you are into American History, then this place is for you. From houses of former presidents to their memorials, Virginia has them all. Virginia is a good place for you to travel along with the family to have a complete learning experience and also to build a closer bond with each other. You will be able to even see the spectacles of nature and how vivid sometimes it can be.

The beach also is a fun destination in Virginia that is family-friendly to soak in some sun and have some relaxation. The museums in Virginia are very useful in learning new things about American History. Visiting the national park will let you and your family have a great time hiking and exploring the natural habitat of Virginia. The natural habit is diverse and is something that you definitely experience and see. Along with watching the wild ponies, you can swim, walk nature trails, have fun at the beaches, and learn about American literature. 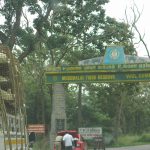 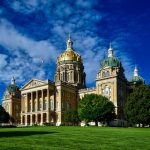 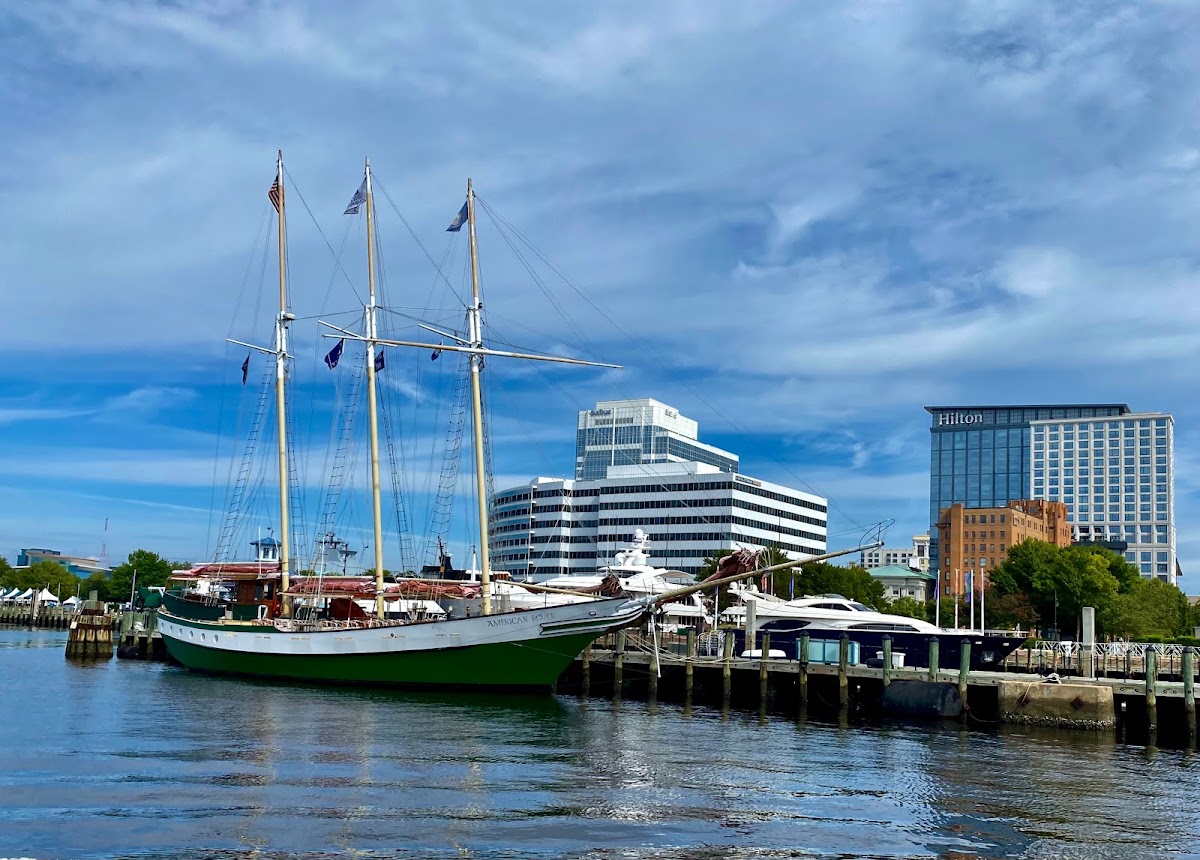 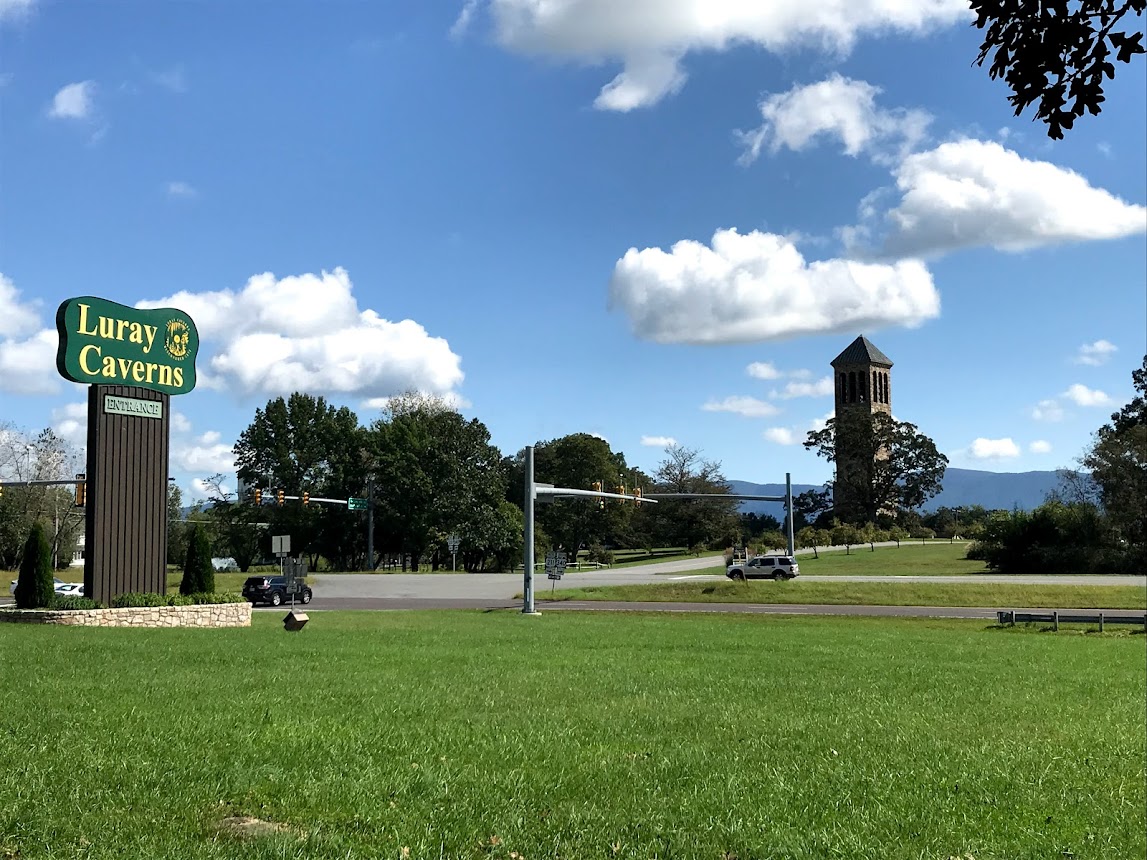 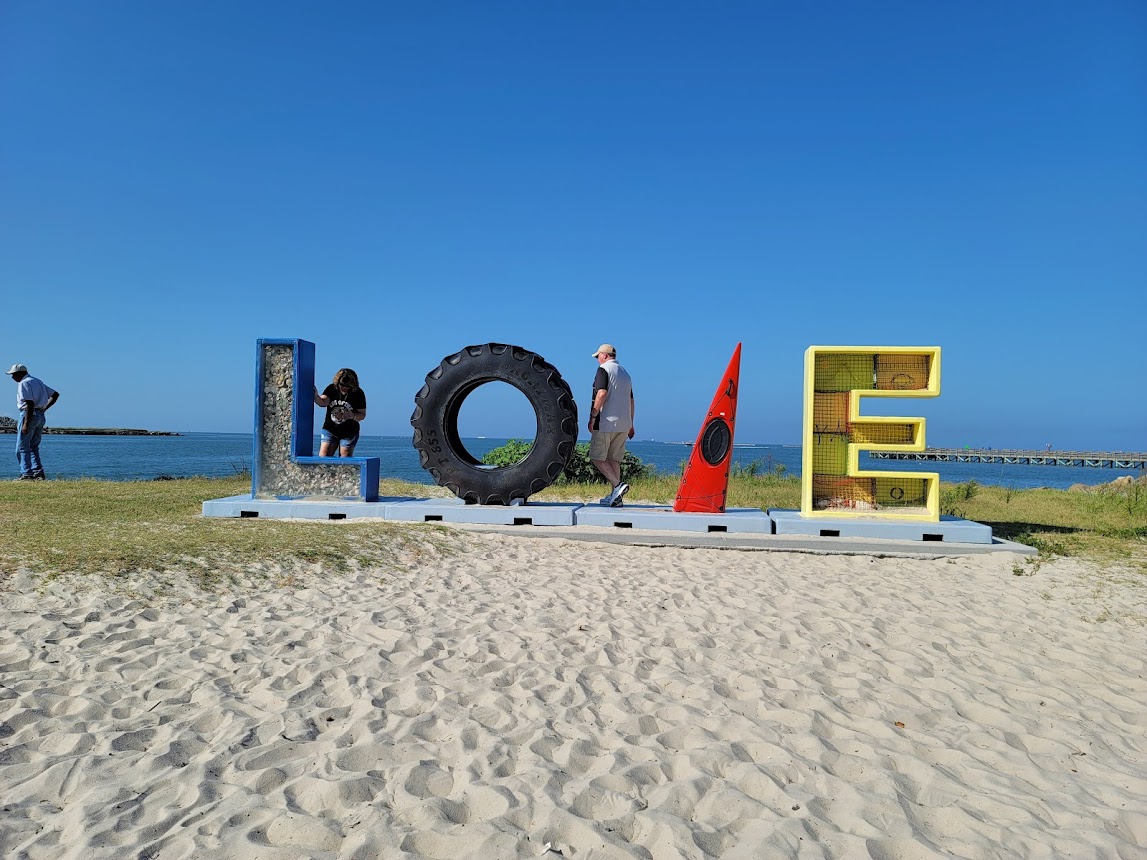