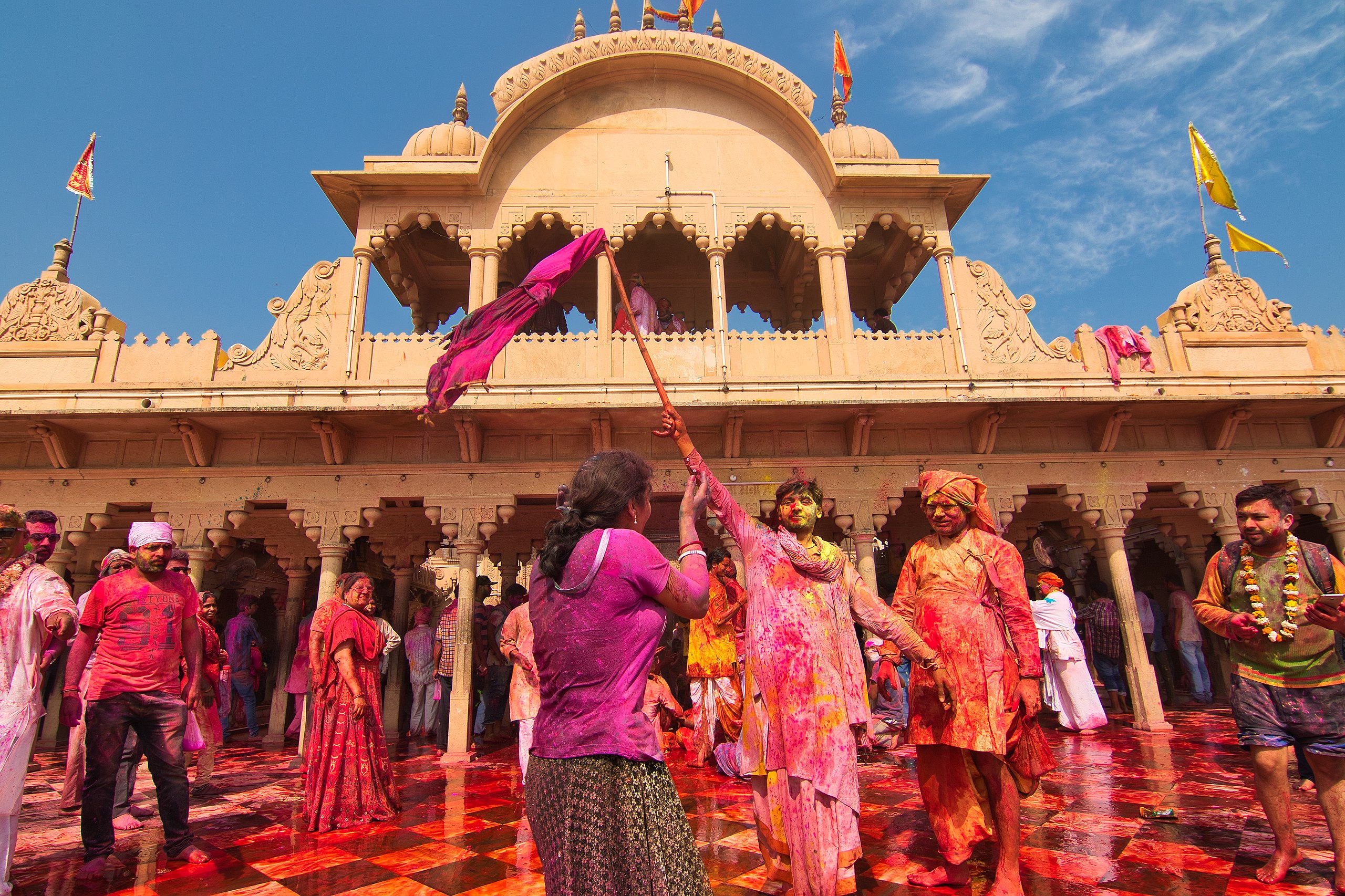 Mathura is undoubtedly one of the most time-honoured cities of the province of Uttar Pradesh. The city of Mathura is closely associated with the Hindu Mythology of Vishnu Puran. The birthplace of the Shri Krishna, the eighth incarnation of Lord Vishnu.

It is considered as a sacred land, known for its architecture and temples, related the adventures of Lord Krishna and his friends in their childhood.
There are also traces of Jainism and Buddhism, practiced in Mathura, which ultimately makes it a royal and glorious traveler and pilgrim attraction in India.

We’ll take you through some of the most adored and divine attractions in the city of Mathura.

Top 7 Attractions To Visit In Mathura

1. Radharani Temple: A Colourful Treat For The Eyes

Radharani Mandir, situated at the heart of the township of Barsana, Mathura, remark the home of Lord Krishna’s companion, Radha. Radharani temple is renowned all over the globe for the Lathmaar Holi festivities.

Lathmaar Holi is more of a celebration, which takes place at the RadhaRani temple in the township of Barsana. The festivities take place some days before Holi, and it started as a celebration between two sides, the suburbs of Nandgaon and Barsana.

The youngsters and middle-aged of Nandgaon village will visit the Barsana village and ladies of Barsana will greet them with sticks, which are dodged using a shield. In this way, they’ll chase them away.

Radharani temple is the only temple in India where the lady love of Lord Krishna, Radha is worshipped as a primary deity. The colours, different shades of water and the local drink called ‘Thandai’ which is an alternate version of the famous ‘Bhang’.

The bottom line, it’s an uncommon and a unique festival of spreading love and the message of equality.

Lathmaar – usually a couple of days before Holi

By Train: The nearest railway station is 50 km away.

Popular Hotels To Stay at Mathura:

Top Restaurants to Try at Mathura:

The Dwarakadish Mandir of Mathura completes the list of some of the earliest and prodigious places of worship. The temple has all the elegance and splendour mixed with the royalty of Gwalior who restored the magnificence to where it belongs.

Lord Krishna is worshipped as Dwarakadish, whose idol is built of black marble. This temple in Mathura is well known for its architectural marvel, crafted in the traditional Rajasthani cut. 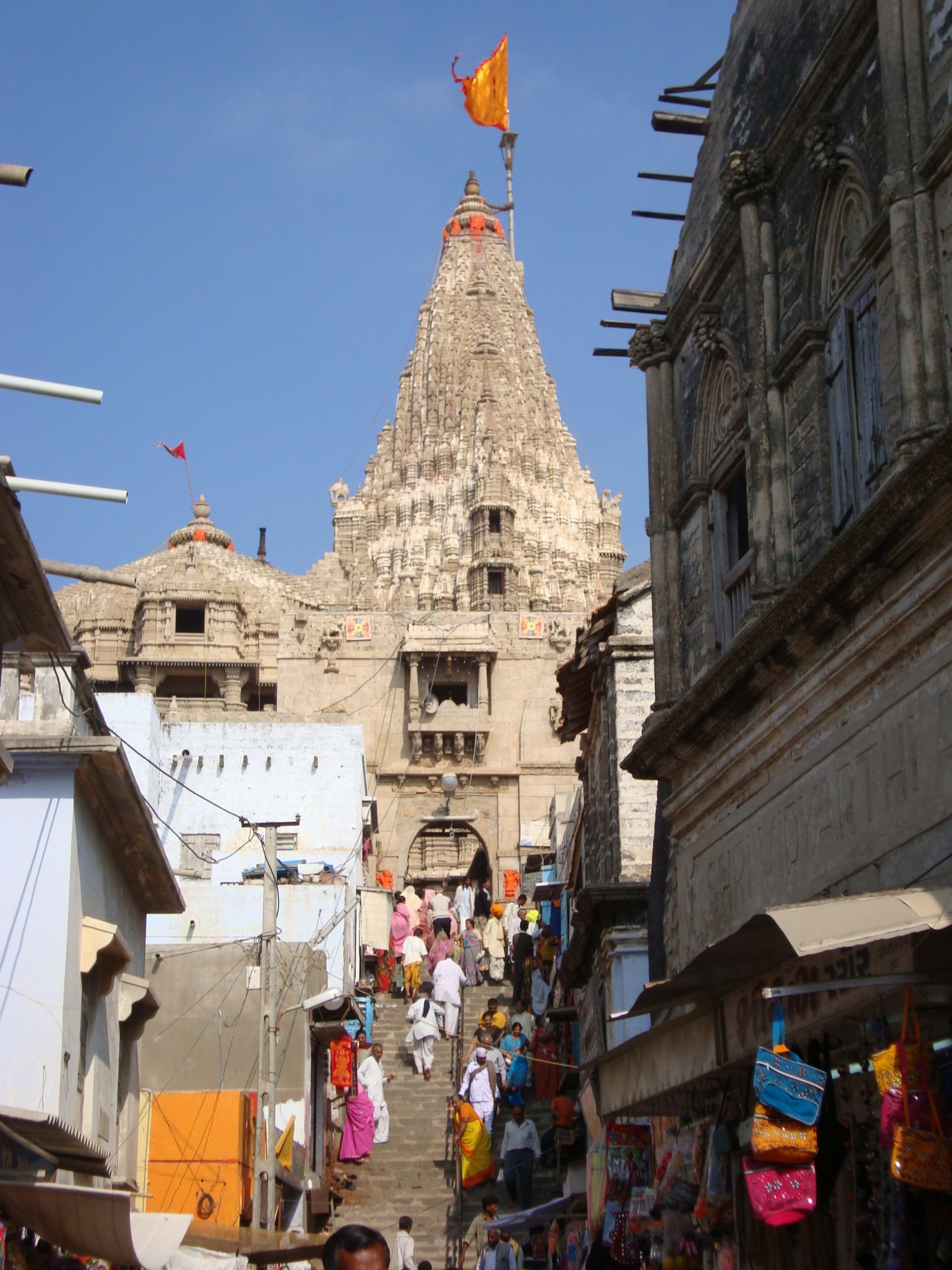 The temple, followed by a giant green lawn, is a breathtaking visual. This temple is one of those places as a pilgrim; you may wish that you never leave. The divine atmosphere here is so fulfilling, and the chants of Lord Krishna in the air is merely overwhelming.

Rath Yatra day – Late June or at the beginning of July

If you are a Hindu mythology enthusiast or you are really into the ancient scripts, then you’ll be familiar with the story of Govardhan Hill and its importance in Lord Krishna’s legend. The foothills of Govardhan in Mathura is said to be the grazing grounds of the cattle from Vrindavan.

Anyway, at present Govardhan hills constitute a significant pilgrim destination of interest, home to some of the beautiful temples in Mathura.

The hill is worshipped as a part of Lord Shri Krishna, as he resides in the body of the mountain.

Govardhan Puja – Late October or Beginning of November, after Diwali

Gopashtami – Mid or late in November 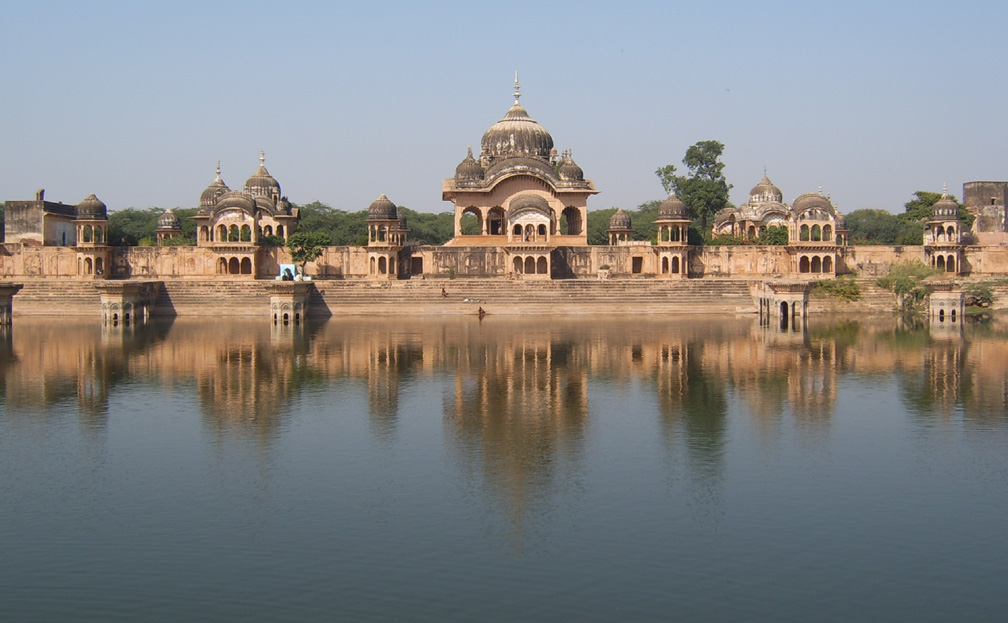 A tour of Joy and Experience

The beautiful lakes and the breathtaking view from the countless Ghats are a standout feature of pilgrimage destinations in Uttar Pradesh. Vishram Ghat is the most prominent Ghat in Mathura, which is just glorious for its morning and evening Arti.

It is such a gratifying and pleasant sight, especially with the sunrise and the sunset with the chants, turning the stage into complete bliss.

You can go for a nice swim, take a bath in the waters. There are also boats and canoes in the lake that’ll give you an enjoyable ride through the waters.

According to the mythological scripts, After killing his uncle Kans, Lord Shri Krishna relaxed on this Ghat, which is the story behind its name Vishram(Rest) Ghat.

Even though Mathura is blessed with plenty of Ghats, Vishram Ghat is the nuclear one.

Every day during Morning and Evening Arti

Top Restaurants to Try Nearby:

The most sacred structures of the Mathura city, The Krishna Janmasthan Temple Complex is the birthplace of Lord Shri Krishna. Located in the province of Mallapura, this structure was a victim of several attacks from the Mughal ruler, Aurangzeb.

The construction of the structure here, runs back to the 6th century BC, from then it faced a lot of attacks from the invaders. This holy place was a representation of our culture, tradition and our mythology which confronted a lot of attempts of destruction.

The Krishna Janmasthan Temple Complex also comprises Putra Kund, which means a son’s pond and Lord Shri Krishna’s first bath was believed to be taken in these holy waters. 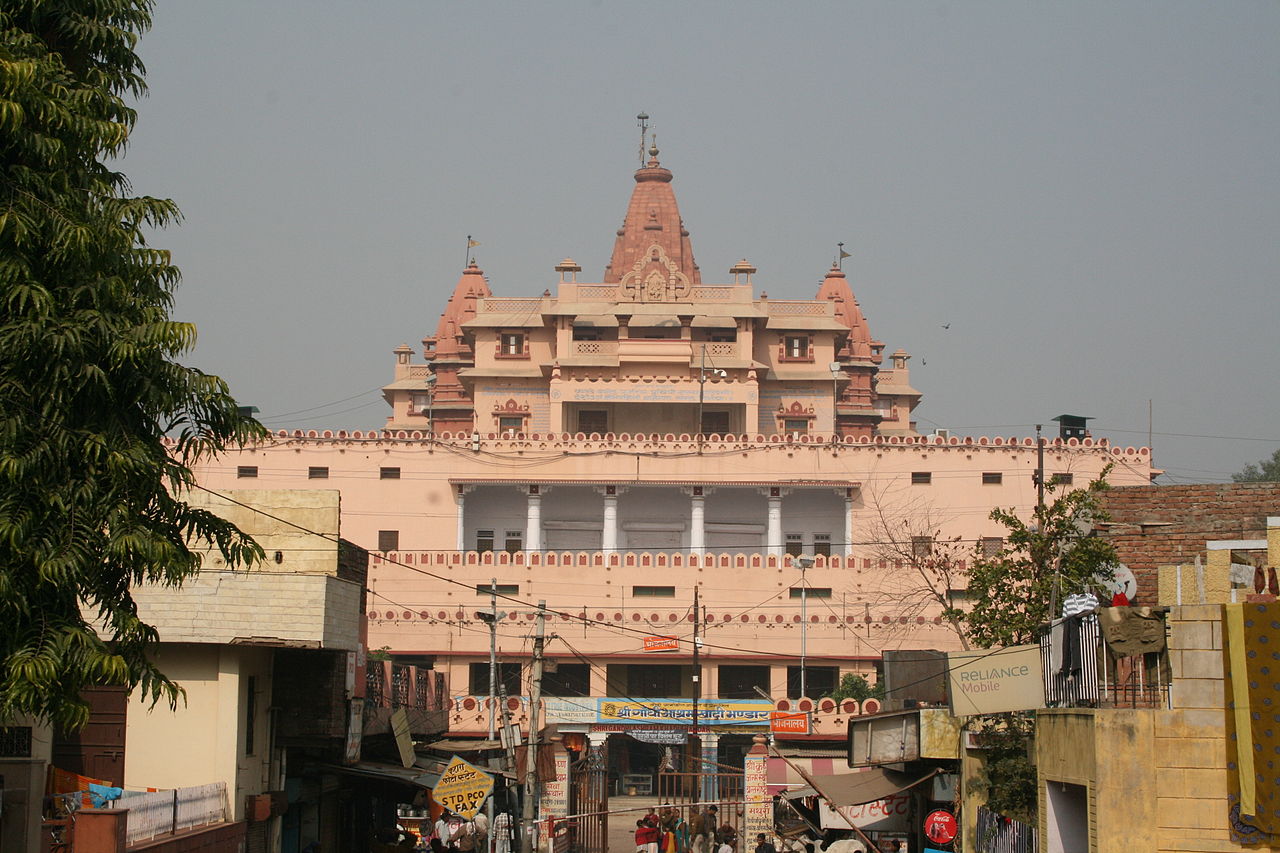 Beyond any doubt, The Krishna Janmasthan Temple Complex is the most prominent and pious attraction in Mathura and a dream destination of every pilgrim. The chants turn the whole atmosphere mystical and blissful. It is indeed a journey of a lifetime.

(Famous for Chappan Bhog and Panchamrit)

Top Restaurants to Try Nearby:

(These are some of the restaurants in maximum proximity, which provides with good quality food and a lot of street food stalls to explore nearby)

Also known as Radha’s Pond, Radha Kund is contemplated as a divine and blessed pool of water near Govardhan hill. According to the scriptures, which reads that after exterminating Aristasura, in the physique of a raging bull, Shri Krishna cleansed the hands, bathed in a pond of his creation known as Shyama Kund.

Radha, Krishna’s companion, insisted him to do so. Lord Krishna with his mystical powers, unified the pond with another water body, what we call now as Radha Kund.

As per the theories of ancient saints, belonging to the Vaishnavas, Radha Kund is a space of hallowed spiritual serenity.

This pool is an absolute indication or more like a gesture of companionship shared by Radhekrishna. The midnight bath here at Nishita Samay, recognised as the eighth night of the new moon, is regarded to be a blessing. 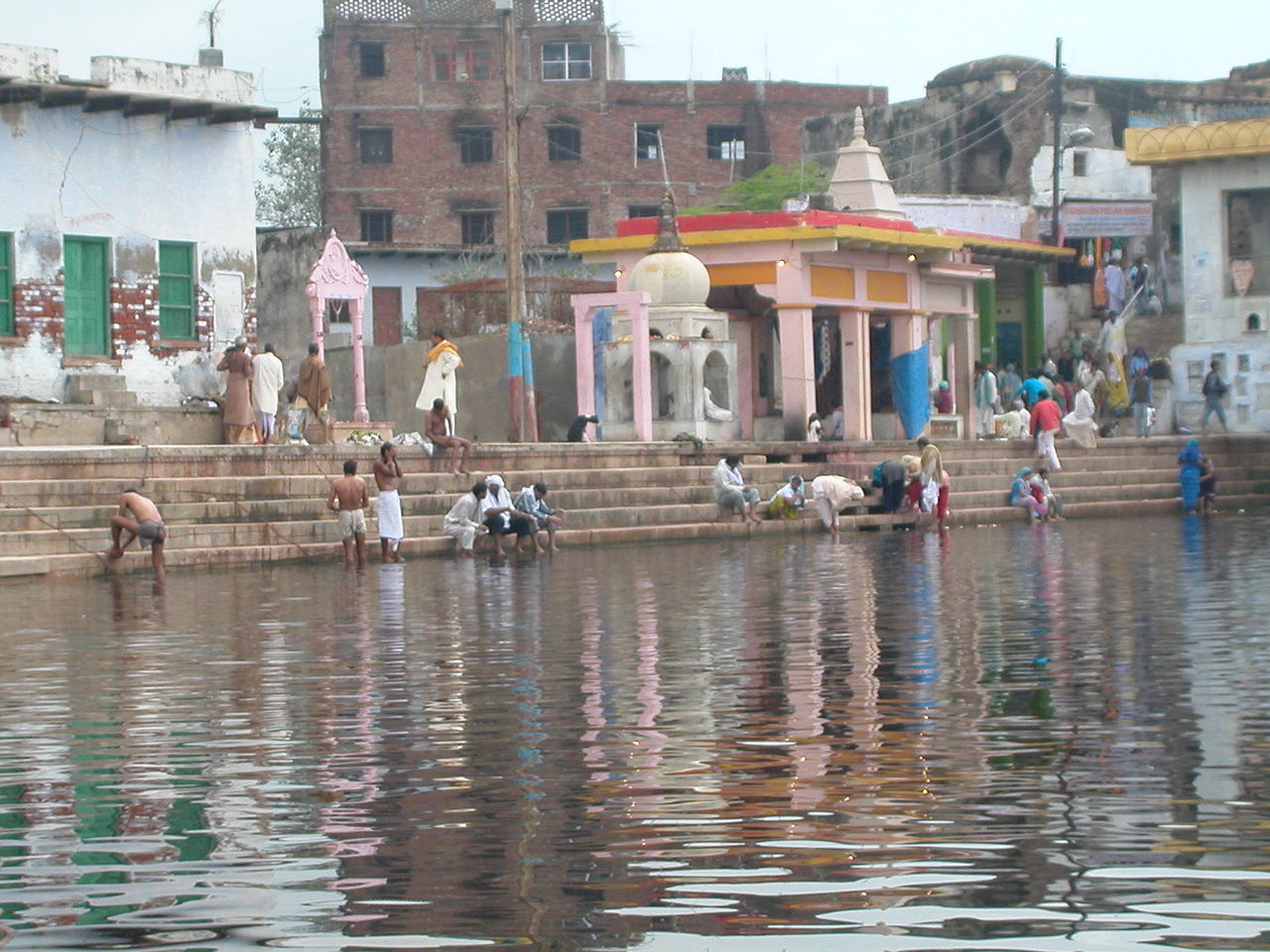 The prophecy is, finishing a bathe at this auspicious occasion will fulfil the couple’s wishes for a lifetime together.

So if you are planning a walk or ride to Govardhan Hill, take a little stroll to explore the splendour and elegance of Radha Kund, which is just a couple of kilometres away.

The Holy Midnight Bath – Between late October and mid-November (The eighth night of the new moon, in Kartik)

After this ritual, until march, it is a great time to pay a visit to Radha Kund. The ambience and the divine atmosphere is a must-have experience.

What to See: Radha Kund is located adjacent to The Govardhan Hill, which is home to several magnificent pilgrimage destinations.

(These are some of the local food joints serving some great delicacies you may, not wanna miss)

Taking a journey to this beautiful land, where even the breathing air is filled with devotional chants, temples of different deities, mantras scripted on walls of the streets, an unforgettable aroma of the Mathura delicacy, the ambience inside these monumental structures, the memories are irreplaceable.

7. Other Popular Attractions in Mathura

Still, it’s not the end. The pilgrimage through the real city is a path taken to know ourselves. It’s an ultimate path to salvation. The soil here is where Lord Govardhan, who is worshipped by billions, is born and brought up. Mathura is The land that witnessed every single prank played by him, his adventures and how he slew the monsters sent by his evil uncle Kans.

The earth that bore the fall of the mighty ruler Kans, also shed tears when their saviour left the soil.

A week or more in Mathura will teach you a lot. It’s a great place to spend some time in peace, getting out of the clumsy, everyday world and finding some time to invest in the search for yourselves. 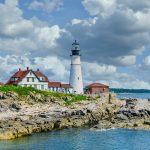 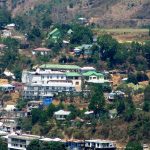 Mizoram Travel Guide : Top 10 Places To Visit In Mizoram For A Fantastic Vacation (2023) Next 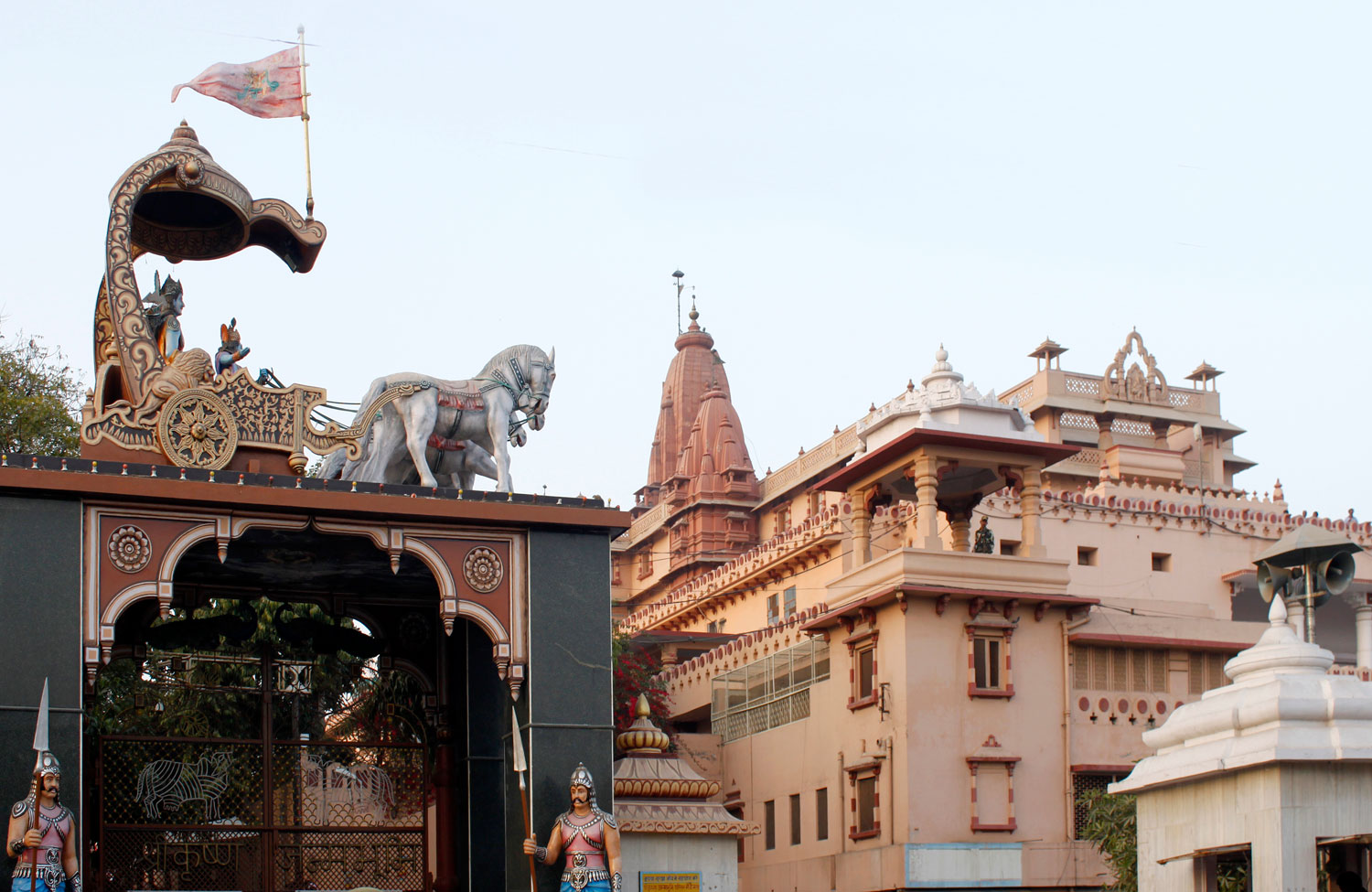 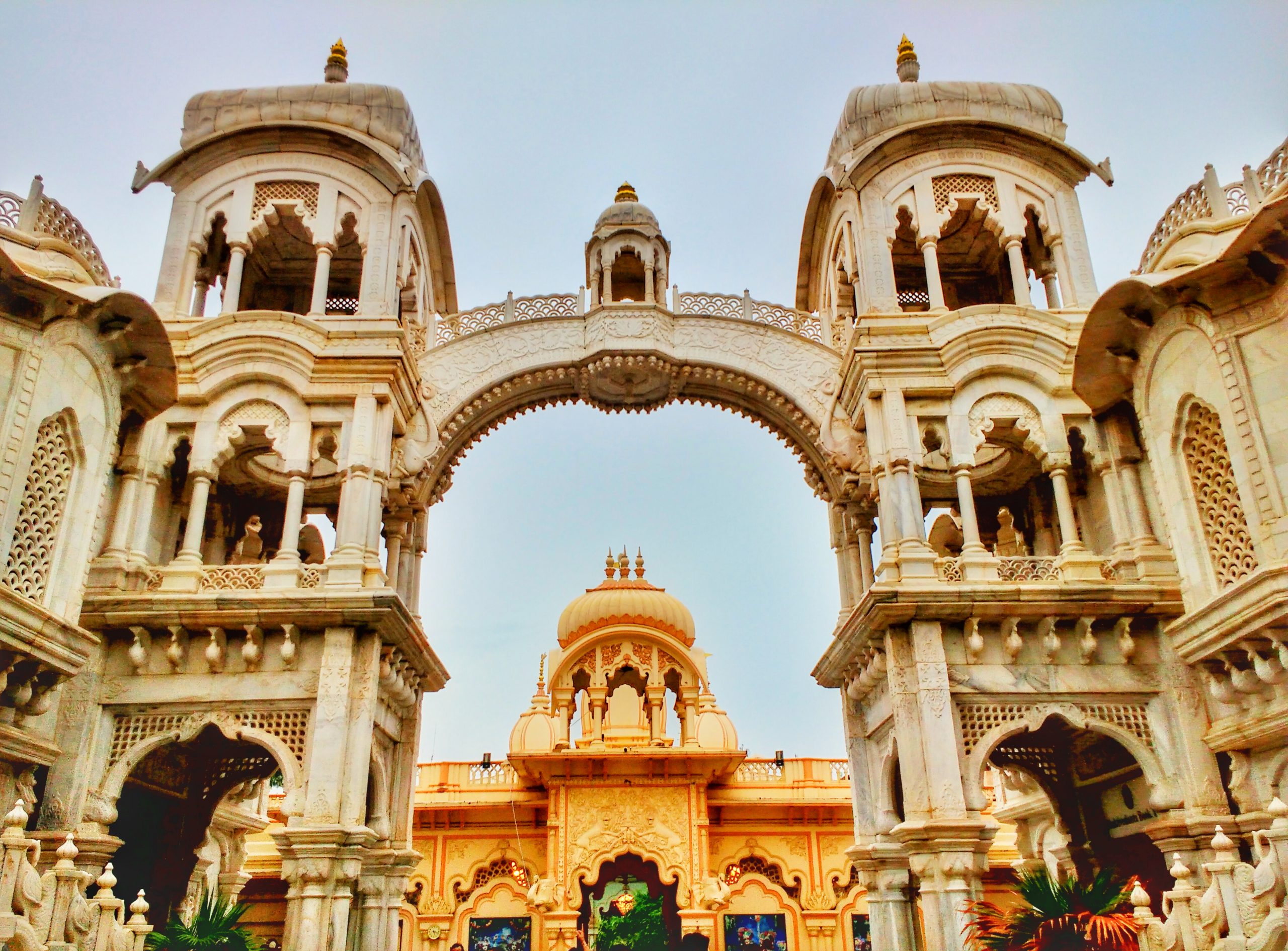 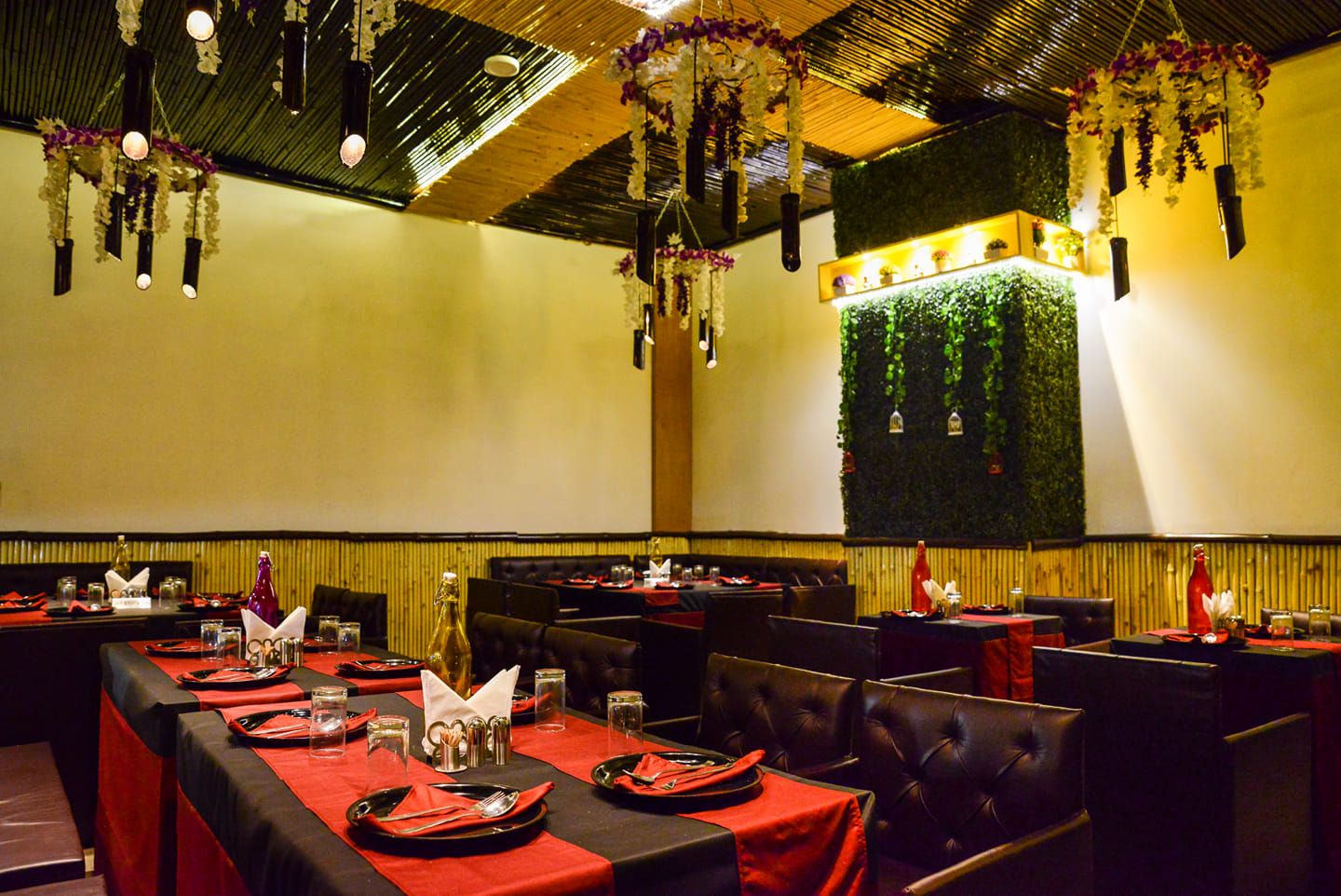