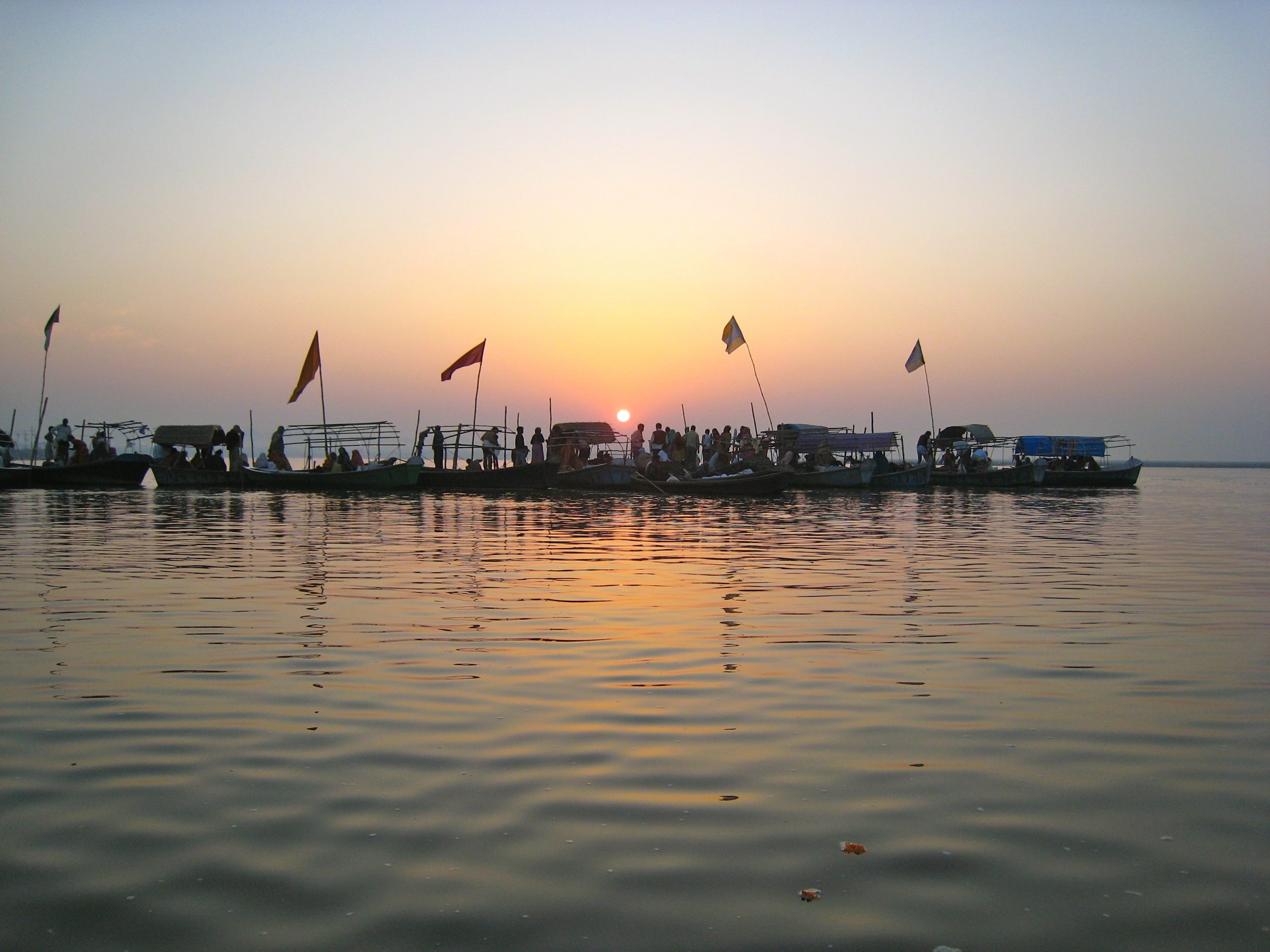 Allahabad, Presently known as Prayagraj, is a remarkable city in the epic Mahabharata, the capital province of the Kauravas. The city is renowned as the land of the upper crust, elite, noble people of the society. One of the most glorious festivals of India, The Kumbh Mela of Prayag is a duodecennial occasion that witnesses millions of devotees.

It is also the land of Triveni Sangam, the holy confluence of Ganga, Yamuna and Saraswathi rivers.

When it comes to Hindu Mythology, the city of Prayagraj has a stellar position in Hindu devotees’ minds. But apart from the temples and other holy places, this city is a prosperous homeland of culture, traditions, and ravishing picturesque. It’s a massive loss if you miss out on the Top Sightseeing Places in Prayagraj after visiting the sacred land.

No worries, we are there to assist you with your trip to Prayagraj, where you can enjoy its scenic beauty and walk through its culture and heritage.

Triveni Sangam is the land of arguably the most significant inflow of devotees during the magnificent Kumbh Mela of Prayag. Triveni Sangam, the name derived from being the convergence spot of the trio of holy rivers, Ganga, Yamuna, and Saraswathi, according to Hinduism.

The Kumbh Mela of Prayag is a duodecennial occasion, also acclaimed in the gap of 6 years known as Ardh Kumbh Mela.

It is a prevalent belief among the devotees that having a bath in the Triveni Sangam, during the occasion of Kumbh Mela will wash off their sins, even the ones committed in the past life.

For transit, the Allahabad Railway station is just 12 km away.

India is a land of cultural diversity, and the Allahabad Fort is a prime example of this. The fort, constructed by the Mughal emperor, Akbar, to house the sacred tree of Akshayavat for the Hindus.

This fort is undoubtedly an epitome of Mughal architecture and engineering skills. Even after five centuries, it was considered a monument of enormous prominence and one of Allahabad’s most prominent landmarks. 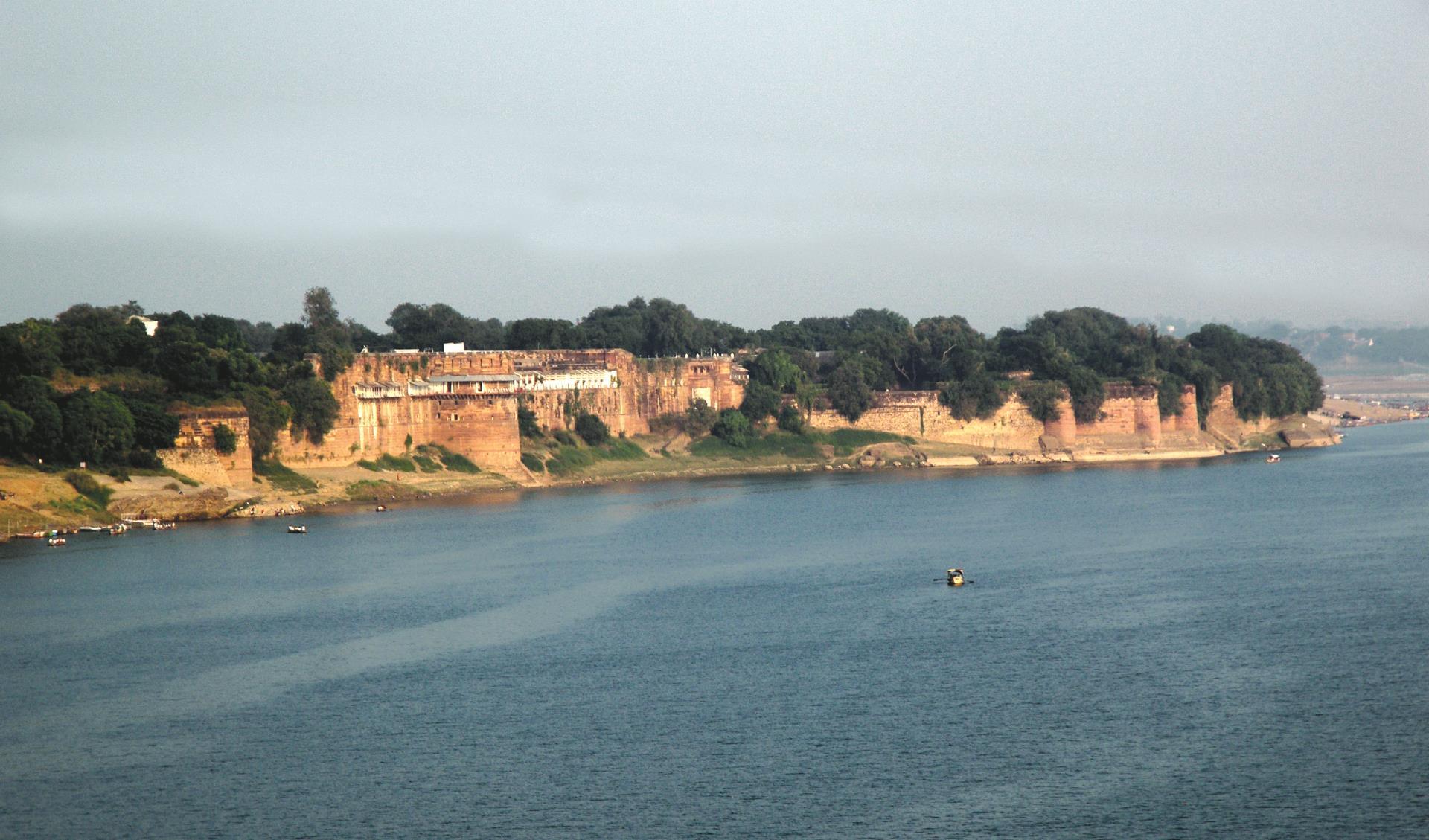 It’s proximity to the Triveni Sangam makes this a unique prime location in the entire city of Prayagraj.

For transit, the Allahabad Railway junction is just 6 km away.

Anand Bhavan, the mansion of one of the renowned personalities of the freedom struggle, Motilal Nehru, father of Jawaharlal Nehru. This vast mansion has its roots connected to India’s most significant political parties, the Indian National Congress. 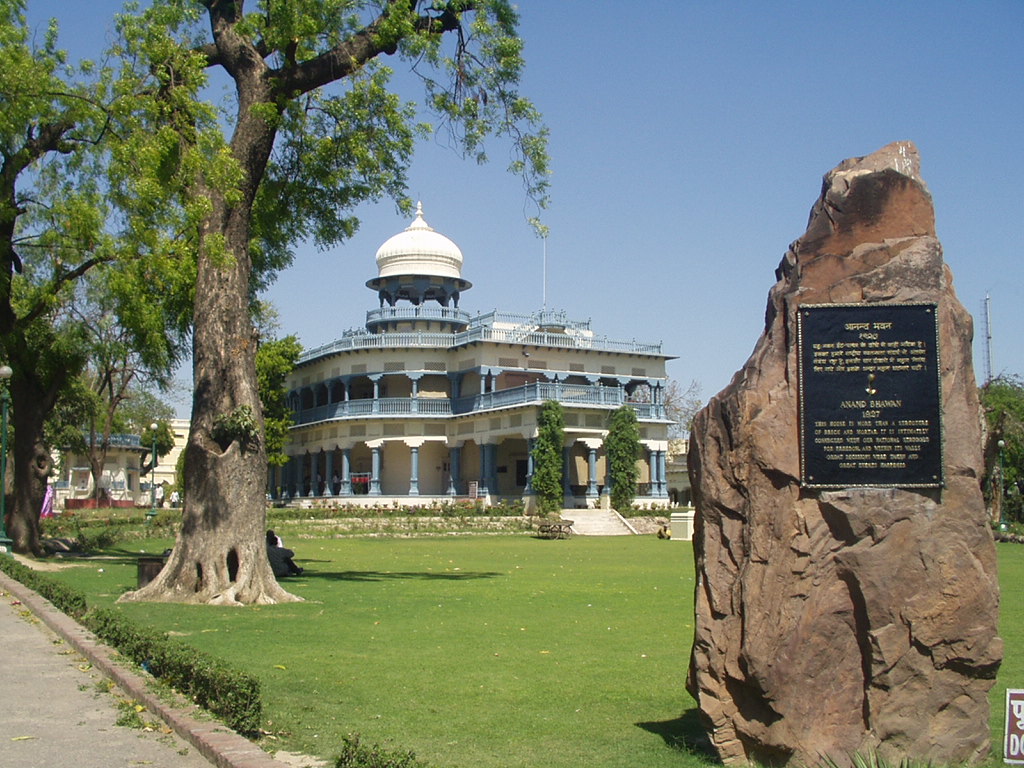 The renowned Jawahar Planetarium, also housed inside the Anand Bhavan and after donating the mansion to the Central Government in the 1970s, currently managed as a major tourist center in Allahabad.

For transit, Anand Bhavan, located just 4 km away from the Allahabad Railway Central.

One of the closest tourist attractions to the heart of the city of Prayagraj or Allahabad, Khusro Bagh is a paragon of the Mughal architectural marvel situated in a prime location of Prayagraj.

It is a visual treat for the admirers and enthusiasts of the architecture, especially those constructed during the reign of Mughals. 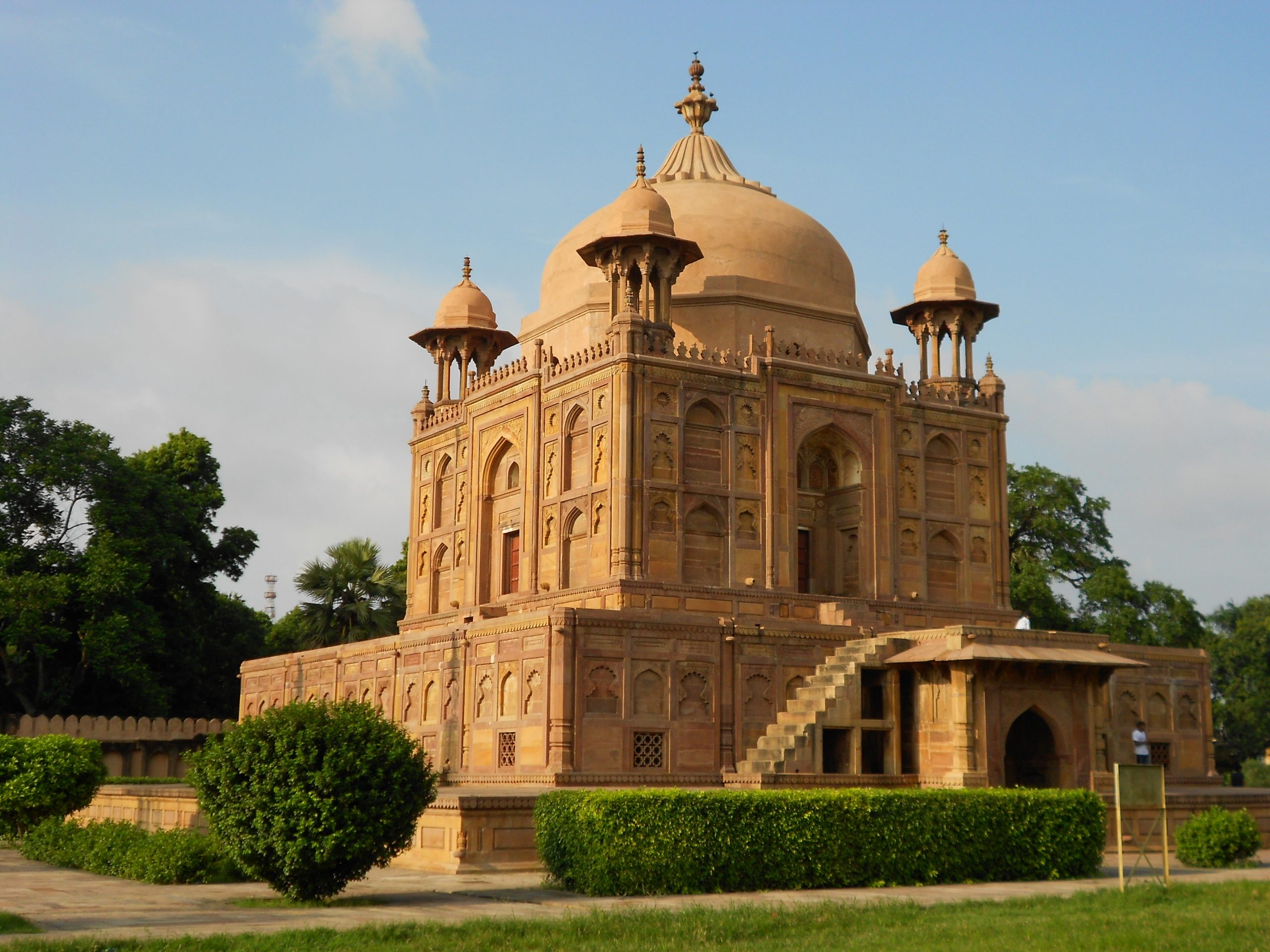 The name of Khusro Bagh, derived from the tomb of Khusrau Mirza, was a Mughal Nobility with the Mughal emperor, Jahangir.

For transit, the Allahabad Railway Central, located nearby.

Allahabad Museum is absolutely the right place for you in Prayagraj’s entire city if you want to know and learn about the real culture, ethnicities, history, and traditions of the ancient city of Prayag.

It is One of the most prominent museums in the country, admired by many historians and scholars for its fantastic range of exhibits.

The building facilities are fuelled by solar energy, making it one of the first adopters of the technology. The Allahabad Museum is located just 3 km away from the Allahabad Railway station.

The planetarium is named after the first prime minister of India, Jawaharlal Nehru, who also owned the Anand Bhavan estate. This wonderfully constructed structure is one of the most prosperous and well-managed planetariums in the country. 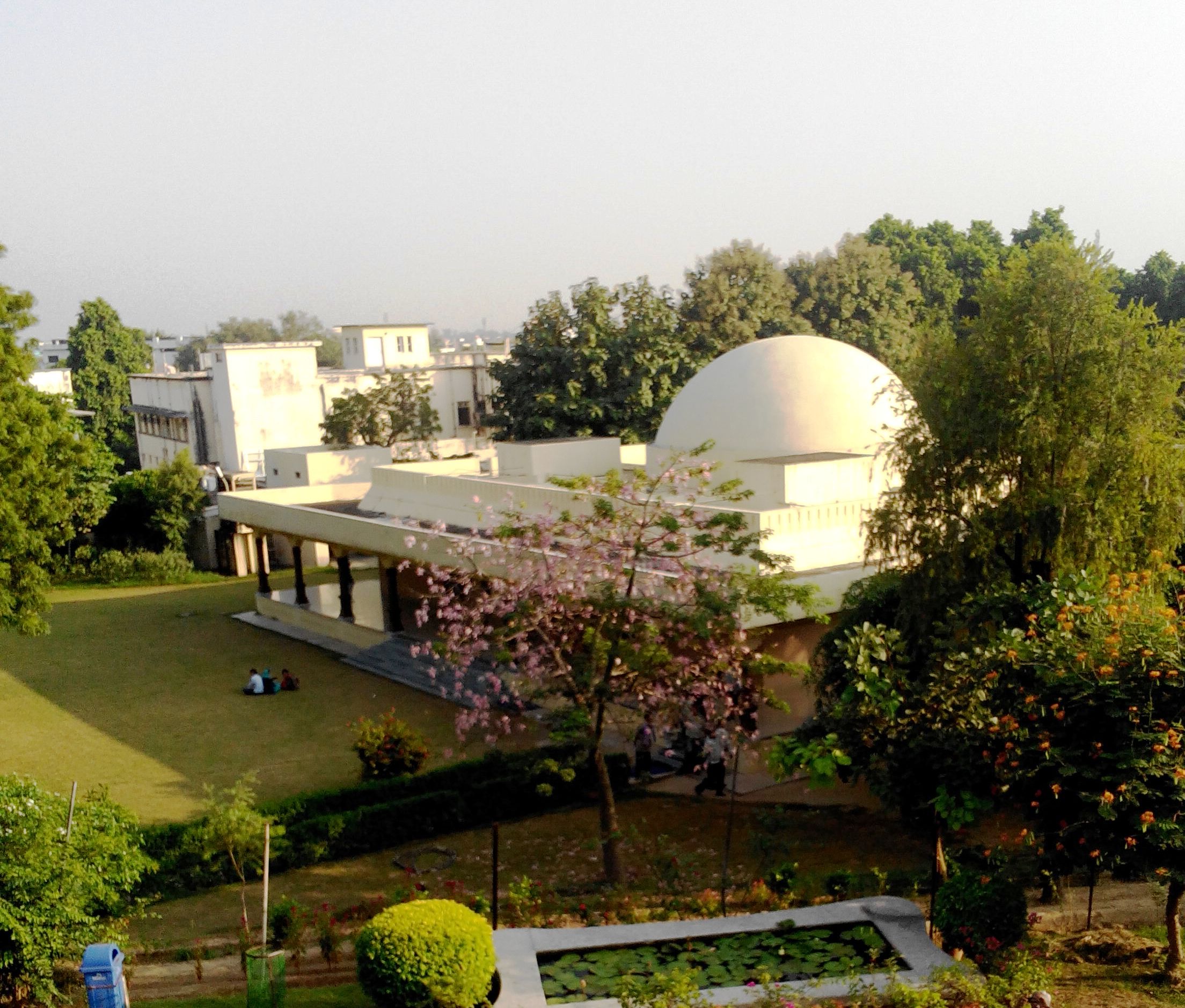 A wide range of programs, seminars, conferences, exhibitions, and fairs occur on the premises of Jawahar Planetarium.

When you trace the events of India’s freedom fight, the name of Swaraj Bhavan at Prayagraj holds a prominent position. This giant mansion was owned by Motilal Nehru, who donated this to the activities of INC or Indian National Congress during the freedom struggle.

When he and his family moved to Anand Bhavan, Swaraj Bhavan became an important meeting place for Congress’s leaders to discuss their strategies and moves against the British regime. 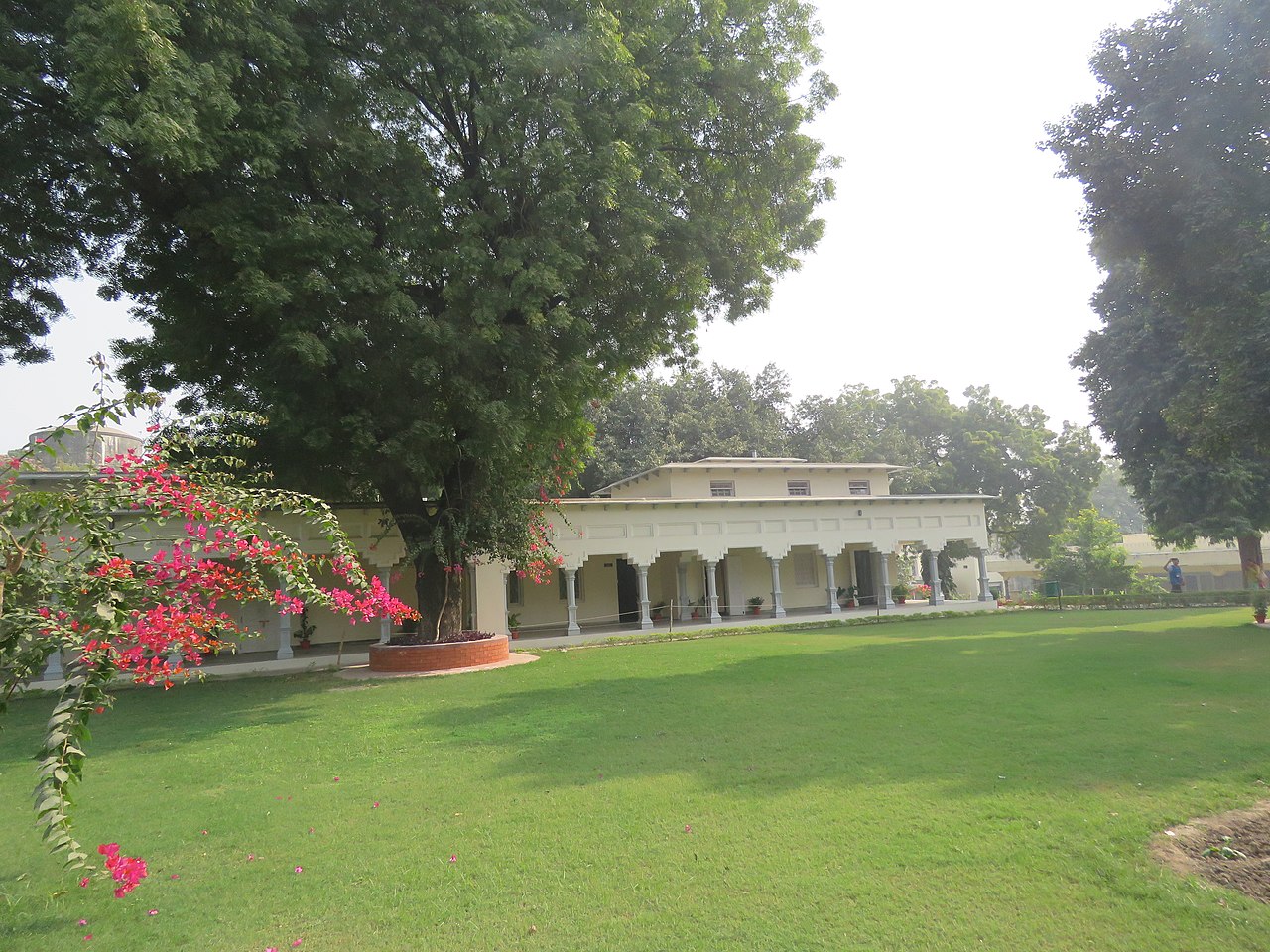 Many exhibits associated with the freedom movement are displayed here at the Swaraj Bhavan, which is now a museum.

Another prominent attraction for the pilgrims and wanderers is the All Saints Cathedral, constructed under the British regime in the late 19th century.

This 129-year-old church is a classic example of the built with a British touch, well known as Gothic, which was popular in the European countries. 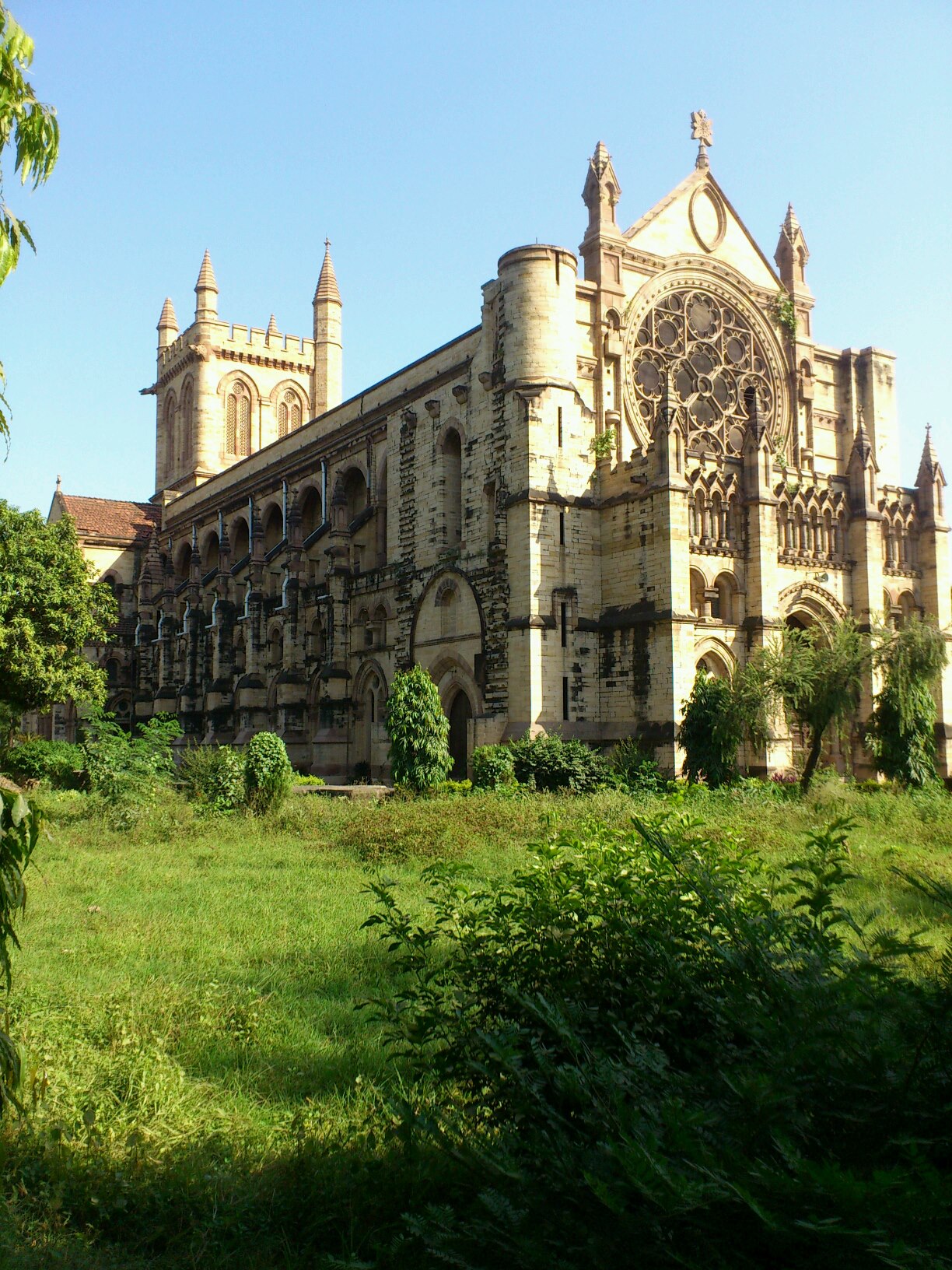 There aren’t many of these buildings in India built following this style of architecture. It makes it a priority visit to the city of Prayagraj.

The massive building with a beautiful garden is a peaceful place to hang out from the city’s rush and traffic. Moreover, the divinity present in the surroundings can be felt in this pleasant ambiance, making it even more attractive.

All Saints Cathedral is one of the significant buildings in UP, dedicated to the Anglo-Indians.

All Saints Cathedral is located just 4 km away from the Allahabad central station.

After taking a long stroll through the monuments of cultural importance and historical prominence, if you are looking for a place to sit back and relax other than your Hotel room, welcome to Chandrasekhar Azad Park of Prayagraj.

Named after one of the renowned freedom fighters, Chandrasekhar Azad Park is a great place to hang out and spend some leisure time. 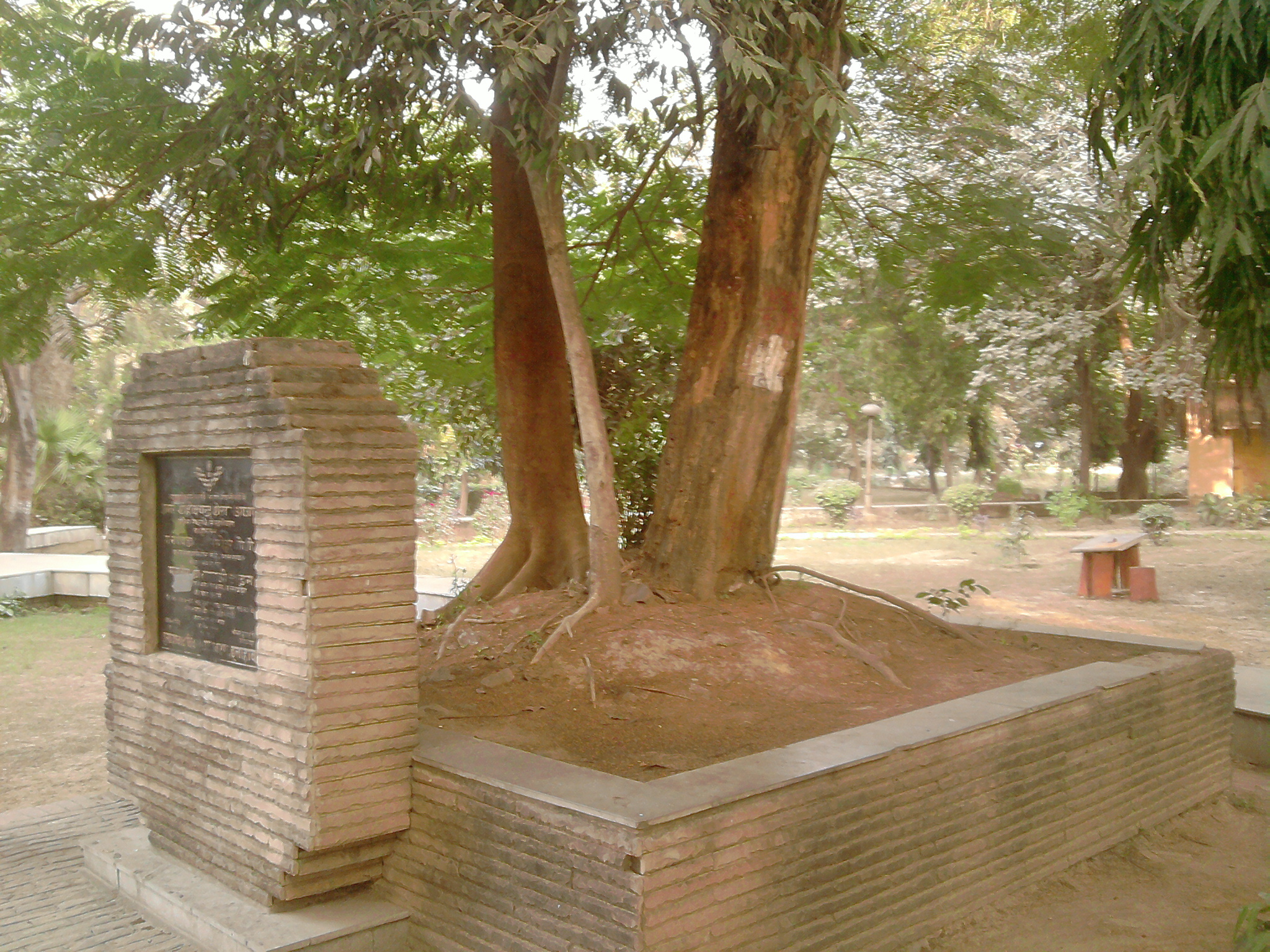 Chandrasekhar Azad Park is a large estate in terms of land area, covering more than 130 acres. A well-maintained garden with all kinds of endowments and souvenirs from nature.

The late evenings here are the best time to visit, especially after visiting the other top sightseeing places in Prayagraj.

Chandrasekhar Azad Park is located just 4 km away from the Allahabad Railway central.

The landscape of Uttar Pradesh and serenity of its numerous Ghats create a magnificent picturesque. Bargad Ghat is one of the most prominent Ghats in the city of Prayagraj.

The Ghat has located nearby the Hanuman Temple, on the banks of river Yamuna. Bargad Ghat is one of the most underrated tourist sight-seeing attractions of the Prayagraj, where you can experience the wonders of Allahabad’s streets.

Bargad Ghat has numerous street shops, dealing with authentic Allahabad products, and most importantly, you will get to taste the Allahabad street cuisine.

The Hanuman Mandir is also a huge attraction in this area, known for its grand hallway and the inscriptions on its crimson structure.

For transit, The Bargad Ghat, located exactly 3.7 Kms away from the Allahabad Railway Central.

Since we went through many significant attractions in the city of Prayagraj, the experience seems unfulfilled without paying a visit to the biggest marketplace of the town, The Clock Tower.

This giant clock tower is more than 100 years old, situated right in the middle of this enormous bazaar, constructed during the British regime, with a touch of classic Mughal style.

This elegant tower also gives a breathtaking view of Prayag’s ancient city, which might be one of the most exceptional memorable instances you may ever have in this journey.

Again, this is the perfect place for all shopaholics, so don’t forget to bring out the shopper in you while enjoying the clock tower’s marvel.

It’s close to the Allahabad central station, which is just 1.7 km away from the Ghantaghar Chowk for transit.

Minto Park is a fascinating landmark in the south of Prayagraj or Allahabad, located on the banks of the river Yamuna. This place is known for the delivery of the speech of Lord Canning after the Indian Independence Movement of 1857, which gave the rights of ruling the Indian province to Queen Victoria of England.

This incident holds unrivaled prominence in the history of India, especially the freedom struggle. The park is also known as Madan Mohan Malviya park and later came after the name of a British governor, Earl Minto.

When we Keep the historical eminence aside, this part is just an eye-catcher, with its impressive scenic beauty.

The Allahabad Railway central is just 3 km away from the Minto Park.

The holy snake, Vasuki, is also known as a royal serpent is an integral part of the sacred Hindu scriptures and mythology. This temple in Prayagraj, is dedicated to the worship of Vasuki, situated on the banks of the river Ganga.

Nag Panchami is a special occasion celebrated every year, and on this auspicious day, the Nagvasuki Mandir witnesses a massive rush of devotees.

Moreover, the beautiful picturesque ambiance, especially the breathtaking view of the river Ganga, is a fulfilling sight that you should enjoy on your trip to Prayagraj.
The Nagvasuki Mandir, located 7.7 km away from the Allahabad central station.

The beauty and cultural and historical lineage of the city of Prayagraj is something that you cannot experience in a day. From famous attractions for history enthusiasts and scholars and prominent temples and religious places for devotees to areas of incredible scenic beauty for the tourists, Prayagraj has all of it.

If you are planning for a family trip, a leisurely getaway or a solo trip, Prayagraj has everything to offer you, whatever you need.

Prayagraj is more than a perfect getaway package, so pack your bags when it’s safe to travel again. 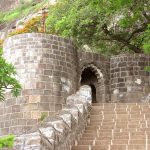 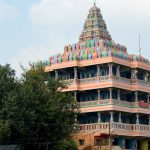 Top 12 Spiritual Destinations in Prayagraj (2023) Next