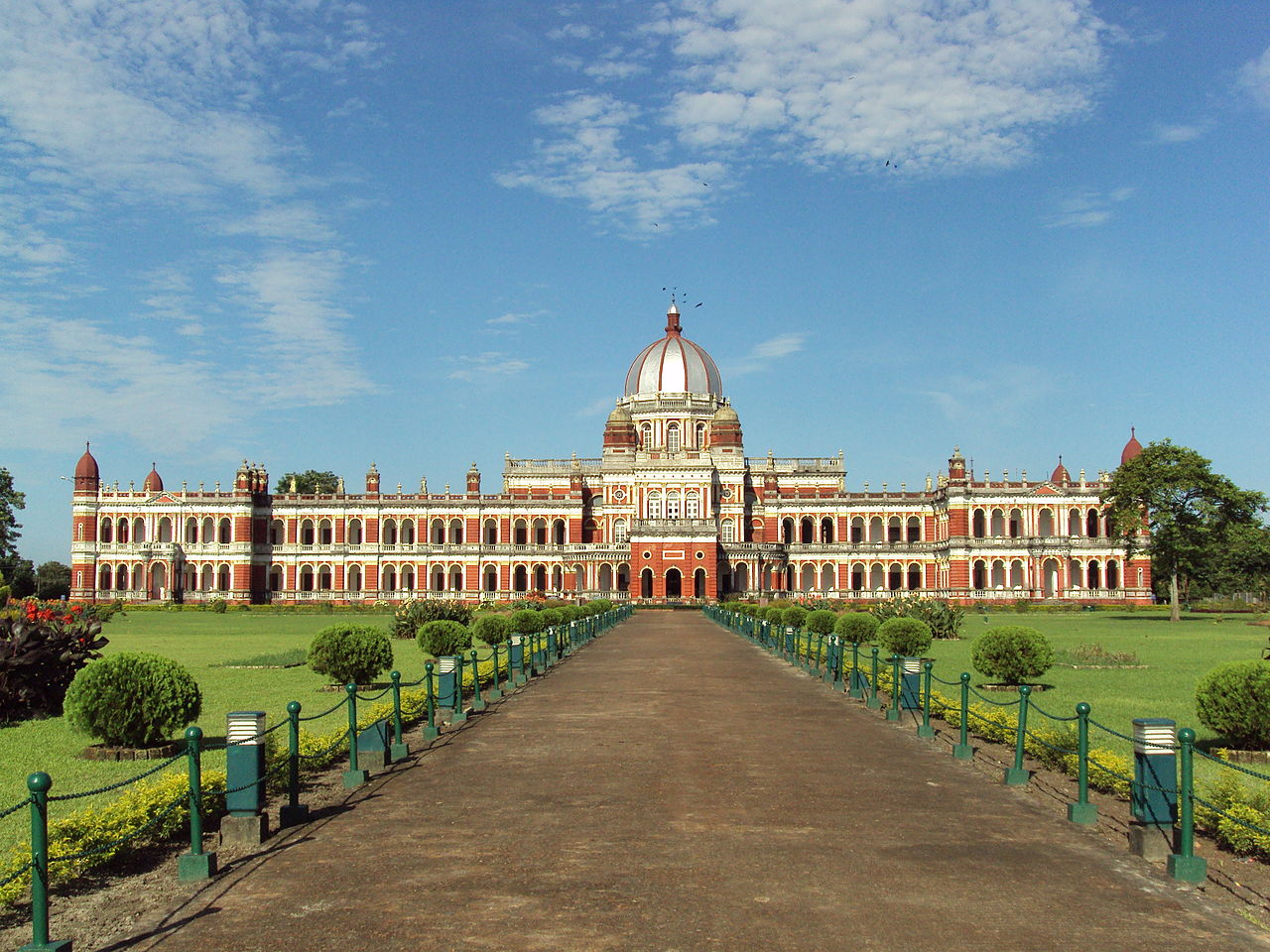 Located in the district by the same name, Cooch Behar is one of the most historically famous regions of West Bengal. This North Bengal town is mainly known for its heritage. The original name of this city is Koch Behar, and it was named after the dynasty Koch that ruled this area. You will be surprised to know that from the fourth to the twelfth century, Cooch Behar was part of Assam. To gain the ownership of this town, Bhuyan chieftains, Suhungmung King and Alauddin Hussain Shah fought in 1498. But none of the said rulers gained leadership over this time.

Rather the Koch tribe gained the ownership of the town and became the rulers. Ever since the invasion of Koch tribe in the city, it witnessed the rise and fall off many Koch rulers like Biswa Singh, Nara Narayan, and others. Later during the British reign, this town became one of the most important sites for the British officers. Even after the independence of India in 1947, Cooch Behar remained a princely state. One of the most important sites of Cooch Behar is the Cooch Behar Palace. It is one of the few sites in India that was influenced by the Italian Renaissance.

There are several other sightseeing spots located in Cooch Behar. In this blog, we are going to discuss the best places to visit in and near Cooch Behar in details.

Apart from the palace, Cooch Behar is also popular for its temples. There are many temples located over there that are quite significant to the Hindu community of India. Throughout the year, this town encounters a lot of glorious festivals and fairs. If you are planning on visiting Cooch Behar, it will be more enjoyable for you if you get there between June and July during the time of Ratha Yatra. Ratha Yatra is a big deal in the city, and you will get to know the culture of the region even more at that time. In case you want to see a famous local fair of Cooch Behar, it is always better to go there during the Hujur Saheb fair between February and March. Reaching Cooch Behar is quite easy. As it has a major railway station that is connected to many major Indian towns and cities, you will be able to get there quite easily through a train. If you want to go there by availing a flight, you will have to get on a Bagdogra-bound flight. The nearest airport from Cooch Behar is located in Bagdogra. As the distance between the two towns is 121 km, you will have to rent a car to get to Cooch Behar. Cooch Behar is a fairly populated and popular town, and that is why there are many high-profile as well as reasonable hotels located over there.

The places mentioned in the following list are not only famous in Cooch Behar, but also the entirety of India.

When people talk about the tourist sites in Cooch Behar, they cannot leave out the Raj Bari palace of Cooch Behar. Built in 1887, this palace was the residence of Maharaja Nipendra Narayan of the Koch dynasty. The entire area of the Cooch Behar Raj Bari Palace is 4768 meters, and that is why it is so difficult to explore the entirety of the site in one day. One of the most notable aspects of this site is its architecture. As we have mentioned earlier in this blog, this palace has a striking resemblance to the European style of architecture from the Italian Renaissance.

When you see Cooch Behar Raj Bari Palace for the first time, you will be in awe of its beauty. The arches located at the entrance of this building contains single as well as double Corinthian pilasters. After entering the palace, you will encounter the Durbar hall. When you see the design of the Durbar hall, you will be instantly reminded about the St. Peter’s Church at Rome as the dodecagonal shape of the hall is directly inspired by the globally acclaimed church.

The entire palace is decorated impeccably. From the rooms to the balconies, every part of this palace reek of culture and luxury. While exploring the palace, you should concentrate on its gorgeous paintings as well. Not only are the walls of the Raj Bari decorated with these immensely beautiful paintings, but also are the ceilings.

Constructed in the 1920s, Sagar Dighi is one of the 22 reservoirs located in Cooch Behar. This site is especially important for the town because it is the largest artificial lake in the region. Sagar Dighi was commissioned by the then Maharaja of Cooch Behar named Hitendra Narayan. The entire surrounding of the lake is so beautiful that you will not be able to stop yourself from clicking a lot of pictures. As this lake attracts a lot of birds, you might be lucky enough to see a large number of beautiful birds over there.

Another reason why this site is so popular among locals and tourists in Cooch Behar is that many renowned hotels and war memorial surround it. Most people love to explore the surrounding area of Sagar Dighi by taking a stroll. You will find that the lake is even more beautiful at dusk. As there are many street-side food stalls located around the lake, you will be able to have a great meal while visiting there. 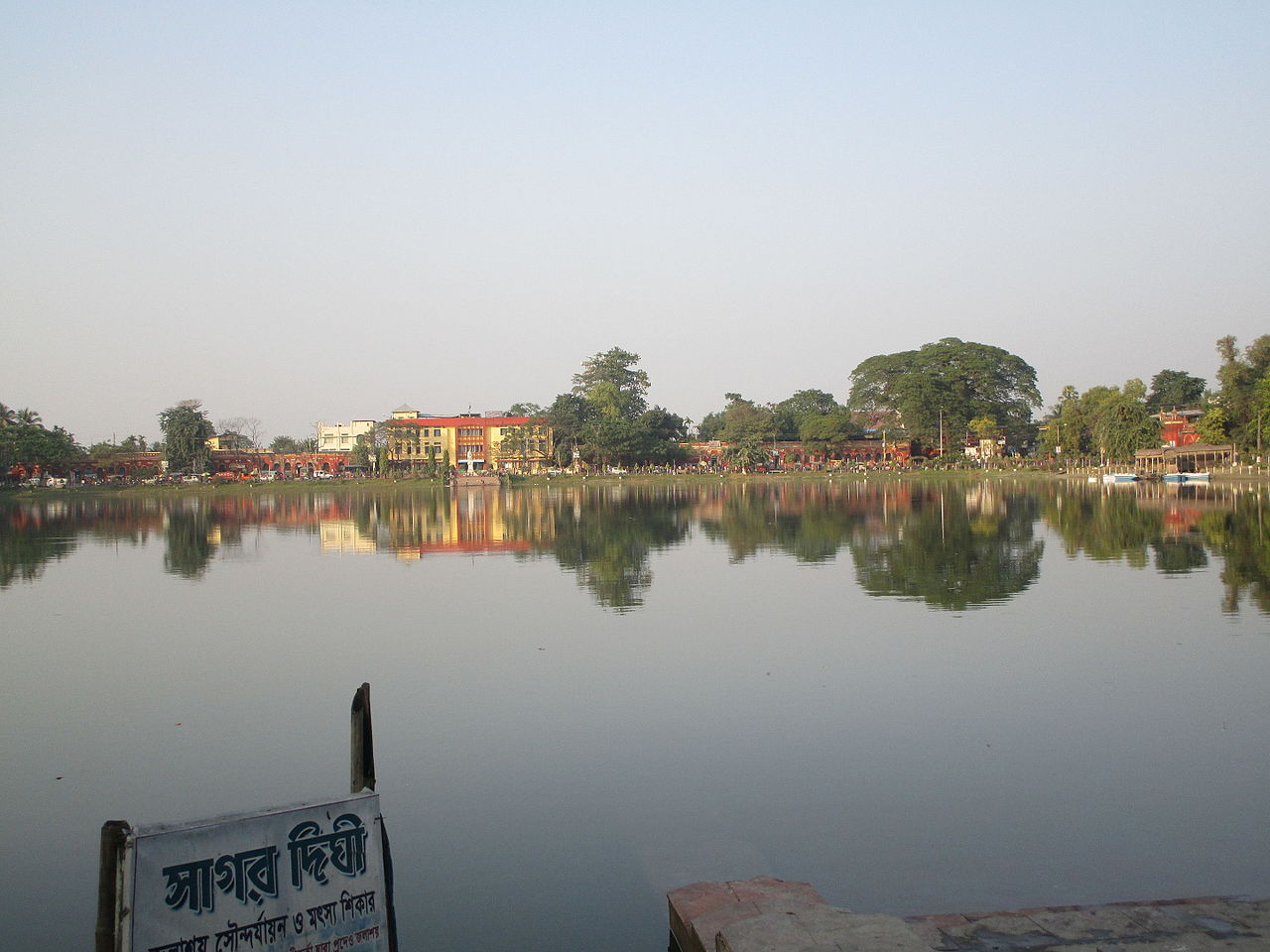 The distance between Cooch Behar bus stand and Sagar Dighi is- 2.8 km.

Located at a half an hour driving distance from the heart of Cooch Behar city, Falakata is one of the best places to see over there. This town has immense historical significance in India as it was the trading spot in the first and second century BC. You will be surprised to know until the third century BC, Falakata was the trading spot between Greece and India. Later in the 19th century during the British period, Falakata became one of the major military centres in India. This town became an important part of Indian history when the British government hung an entire regiment of British soldiers due to the events caused by the 185 Sepoy mutiny.

Apart from historical aspects, Falakata is popular for its geographical location as well. There are so many photogenic sites located in the region that you will feel even an entire day is less for exploring every part of it. Many adventure enthusiasts visit Falakata to start their trekking expedition to many parts of Dooars. If you visit Cooch Behar and you do not visit Falakata, you will genuinely regret a lot. 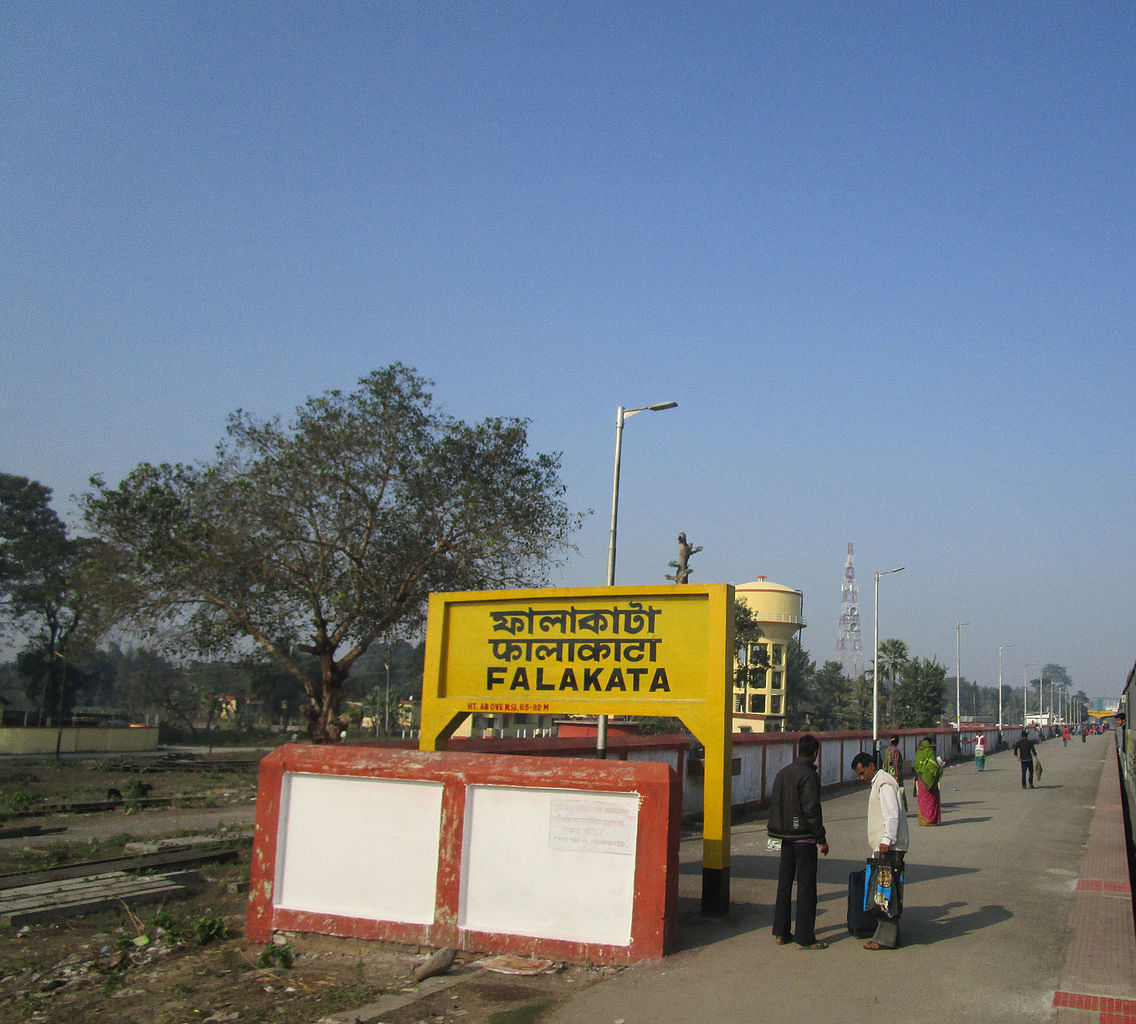 The distance between Cooch Behar bus stand and Falakata is- 37 km.

We have mentioned earlier that Cooch Behar is quite well known for its ancient temples. Among all the temples, the most notable one is Madan Mohan Bari. This temple was commissioned in 1885 by the then king of Cooch Behar, Nipendranath Narayan. Even though this religious site is dedicated to Goddess Kali, after visiting there, you will see idols of other important Hindu gods as well. Some of the deities that you can see inside this temple are Ma Tara, Lord Madan Mohan, Ma Bhavani, and others. Even though throughout the year, this temple gets a lot of visitors, it is during the time of Raas Jatra, the maximum number of tourists visiting there is reached.

Raas Jatra is a major identity of Cooch Behar and tourists from all over India visit there to encounter the celebrations. This celebration usually happens in November. The ground of the temple holds a major fair. If you visit Cooch Behar during that time, you will get to witness one of the major festivals of North Bengal in the Madan Mohan Bari temple. 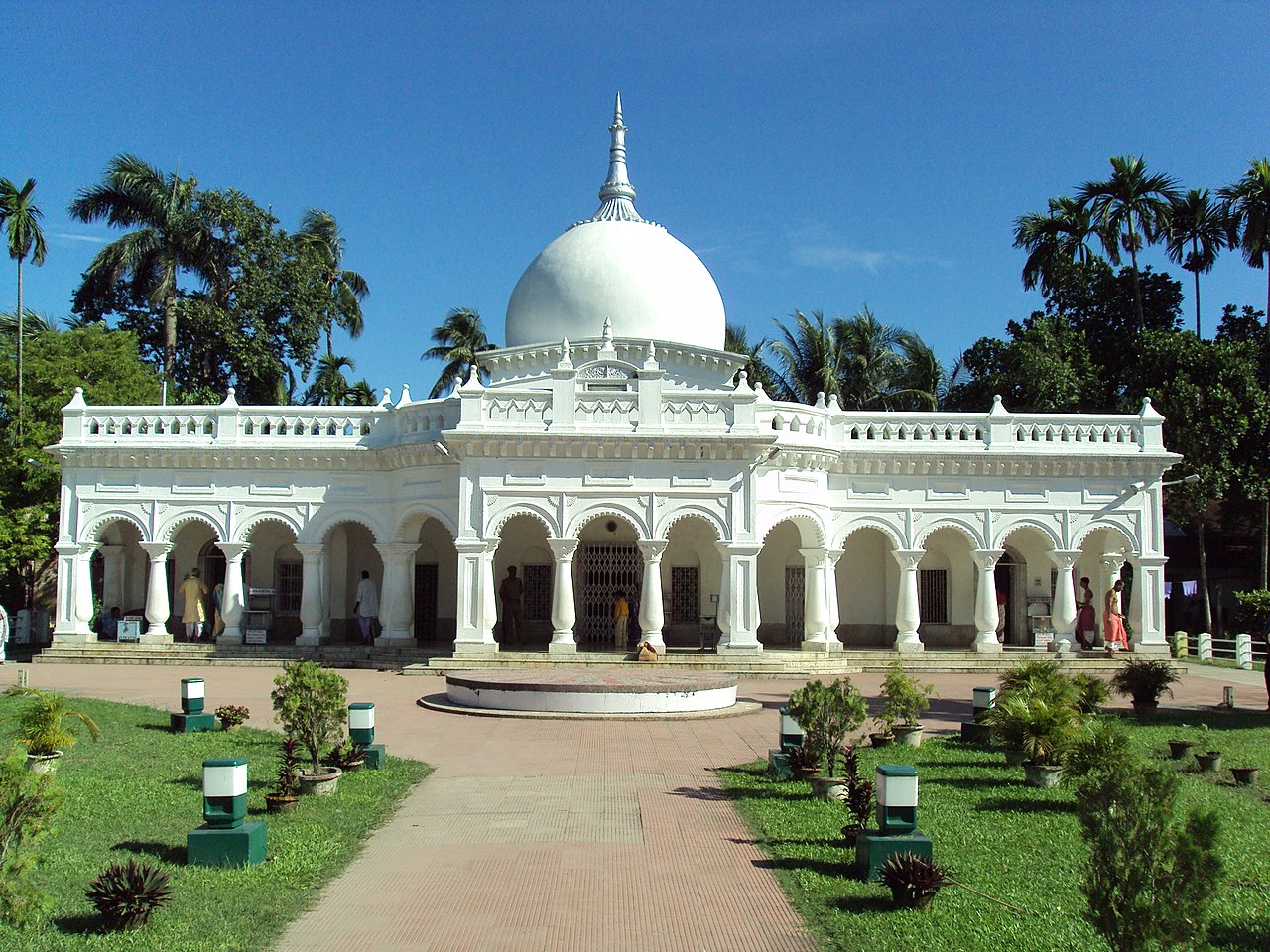 Located at an hour and a half drive from Cooch Behar city, Rasik Beel is one of the major lakes located in the Tufanganj area of Cooch Behar. This lake is most famous in India as it attracts a wide number of birds from different parts of the world. Most of the birds visiting the lake are migratory. Not only birds, but Rasik Beel is famous for its surrounding natural beauty as well. Dense forests of Bochamari, Nagurhaat and Atasmochar trees surround the entirety of the lake.

Adjacent to Rasik Beel lies the Crocodile Rehabilitation centre, Deer Park, and a large aquarium. Many people explore these sites as well while visiting the lake. As there are more than 50 deer located inside the park, you will get to see these beautiful creatures while visiting there. Apart from tourists, Rasik Beel is quite famous among residents of Cooch Behar as well.

The distance between Cooch Behar bus stand and Rasik Beel is- 41 km.

Baneswar Shiva Temple is one of the most renowned temples located in Cooch Behar that is pretty famous in West Bengal. While visiting Cooch Behar, you will be glad to visit this temple as it has a genuinely calming ambience. One of the unique things about the site is that the main Shiva Linga of this temple is situated 10 feet below the platform. There are two other temples located adjacent to Baneswar temple that is quite famous among Hindu people of the area.

The other temple is dedicated to Ardhanariswar and has an idol of the deity. At the time of the Shiva Chaturdashi, the temple comes to life as a massive fair is organized at its grounds. As the temple has a beautiful pond, many people visit there to have to peaceful time with themselves. 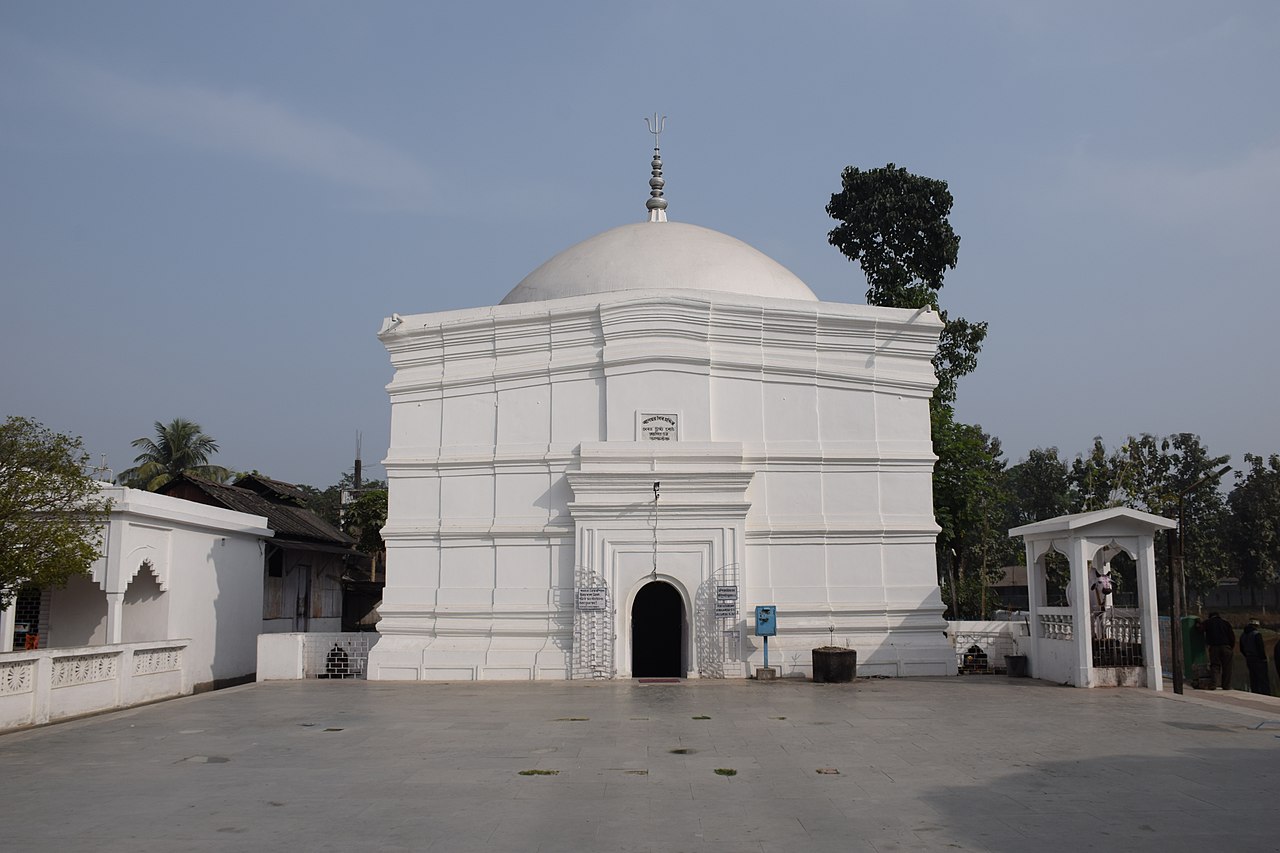 The distance between Cooch Behar bus stand and Baneswar Shiva Temple is- 8 km.

Gosanimari Rajpat is one of the major archaeological and historical sites in India. This site is located in the Dinhata area of Cooch Behar. After visiting the site, you will be quite stunned to see it. This site consists of the ruins of the ancient city of Kamtapur. This site was excavated in 1808 by Dr Buchanan Hamilton. The Kamta kingdom was the ruler of Cooch Behar in the 11th and 12th century. It is believed that a massive part of the forgotten kingdom is still now buried under the mounds of Cooch Behar.

Till now, huge stone walls, stone well, idols and potteries have been excavated in the site. Pala-Sena art influences most of the artefacts found in the region. 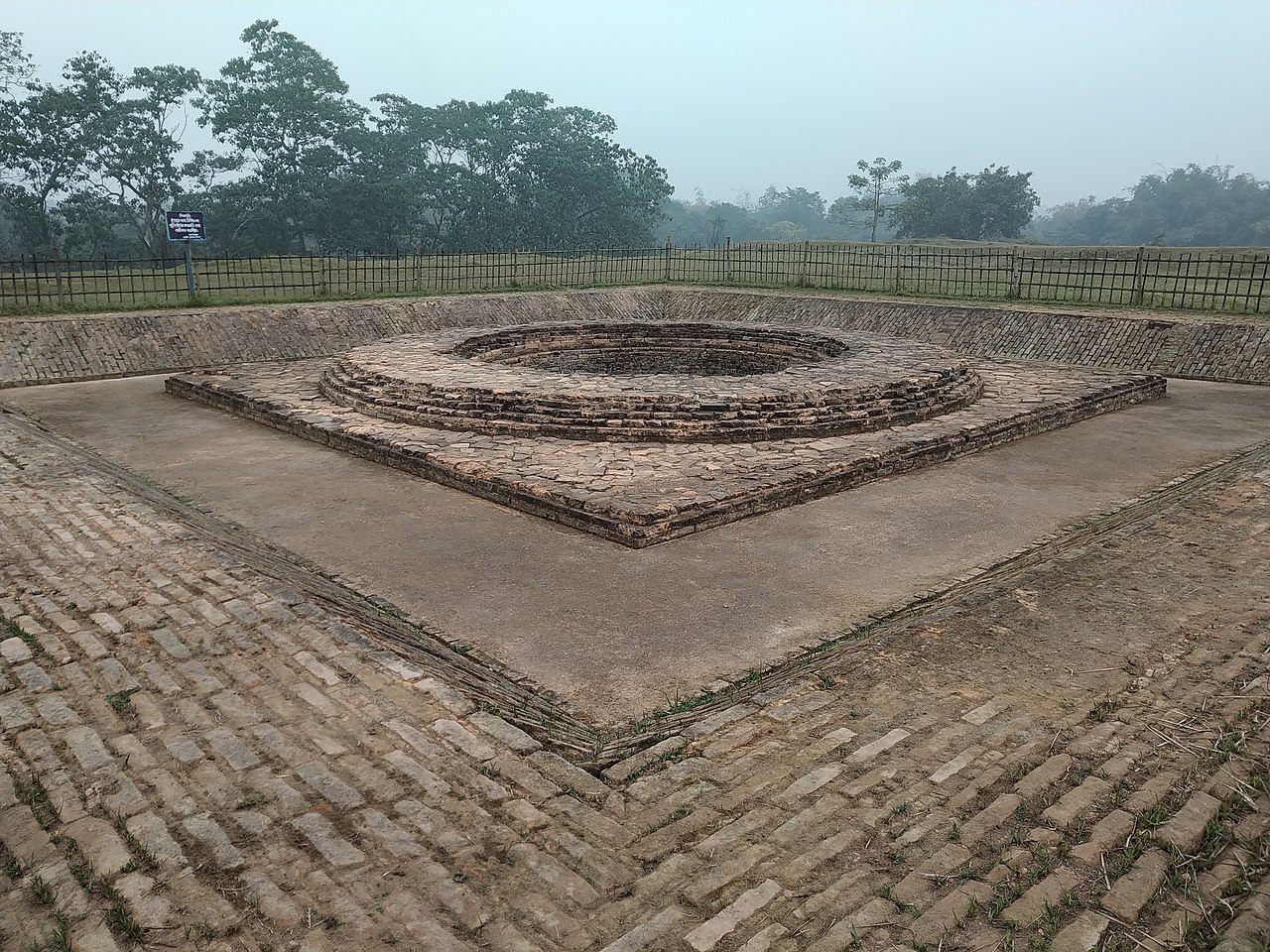 The distance between Cooch Behar bus stand and Gosanimari Rajpat is- 36 km.

Located at a two-hour drive from Cooch Behar, Hasimara is a town situated in the Alipuduar of West Bengal. Even though most people visit Hasimara to explore Jaldapara forest or Chilapata forest, Hasimara is a beautiful site in itself. If you are a lover of wildlife and nature, Hasimara will definitely impress you. Many people go to Hasimara to enter Bhutan as the nearest railway station from Bhutan is located in Hasimara. As the Bhutan hills surround the entire area, tea estates and monsoon forests, the sites Hasimara are unforgettable.

While visiting Hasimara from Cooch Behar town, do not forget to keep the entire day in your hand as there are many places to see over there. Also, do not forget to bring you camera as almost every place of this location is immensely picturesque.

The distance between Cooch Behar bus stand and Hasimara is- 53 km.

All the tourist places in Cooch Behar provided in this blog are immensely touristic and popular. As this town is quite populated, you will not have any problem in finding a car renting service to explore all of the said sites. You can also make the sightseeing trips through a travel agency in Cooch Behar, but it will be better for you if you keep a copy of the above list with you. As all of these places are quite important, you will regret a lot of you miss any one of these while exploring the region. So, we hope you get all the necessary information on Cooch Behar by studying this blog. 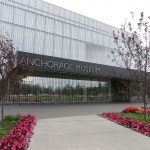 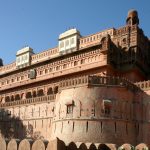 Your Travel Guide For Bikaner, Rajasthan (2021) Next 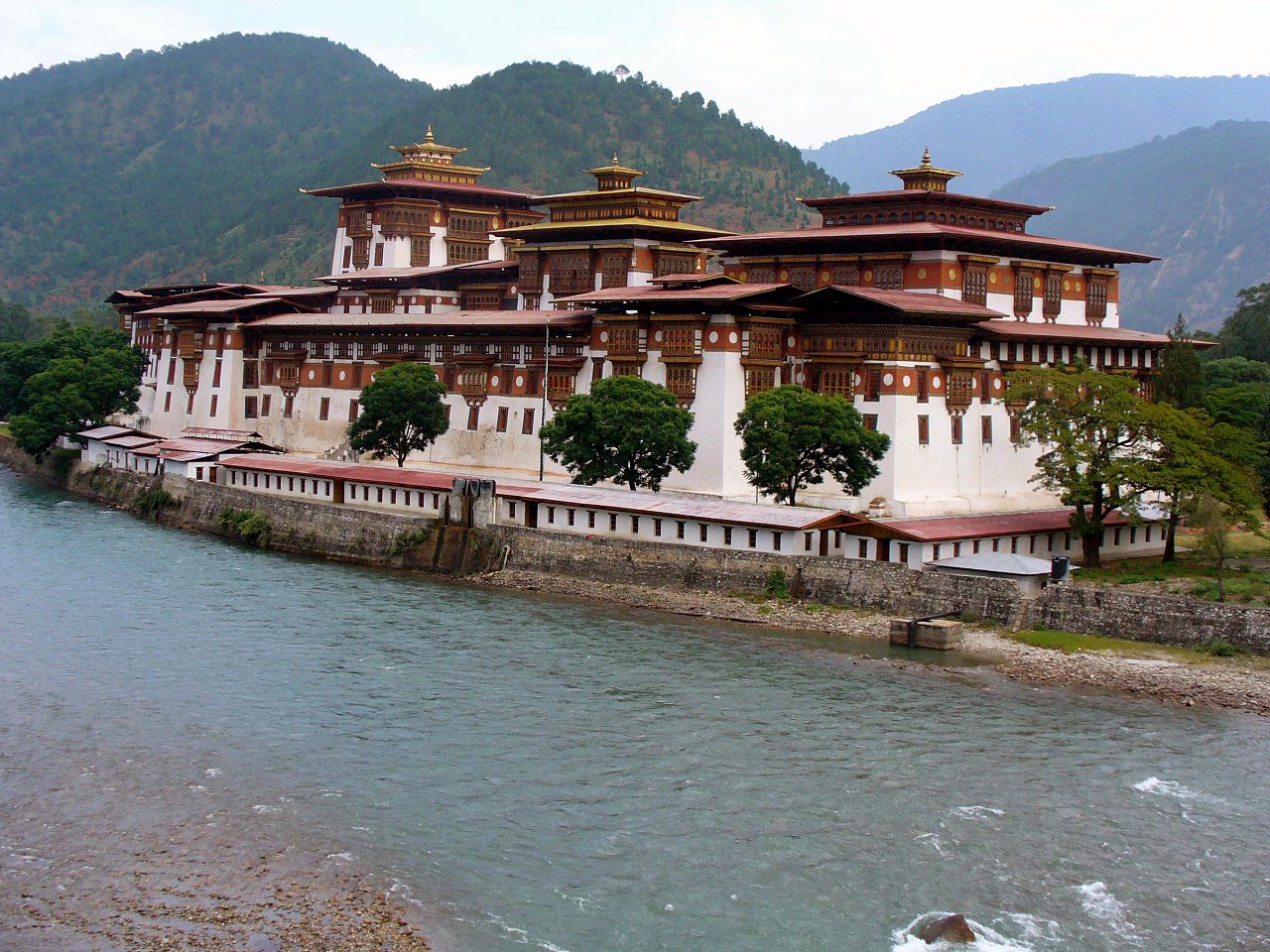