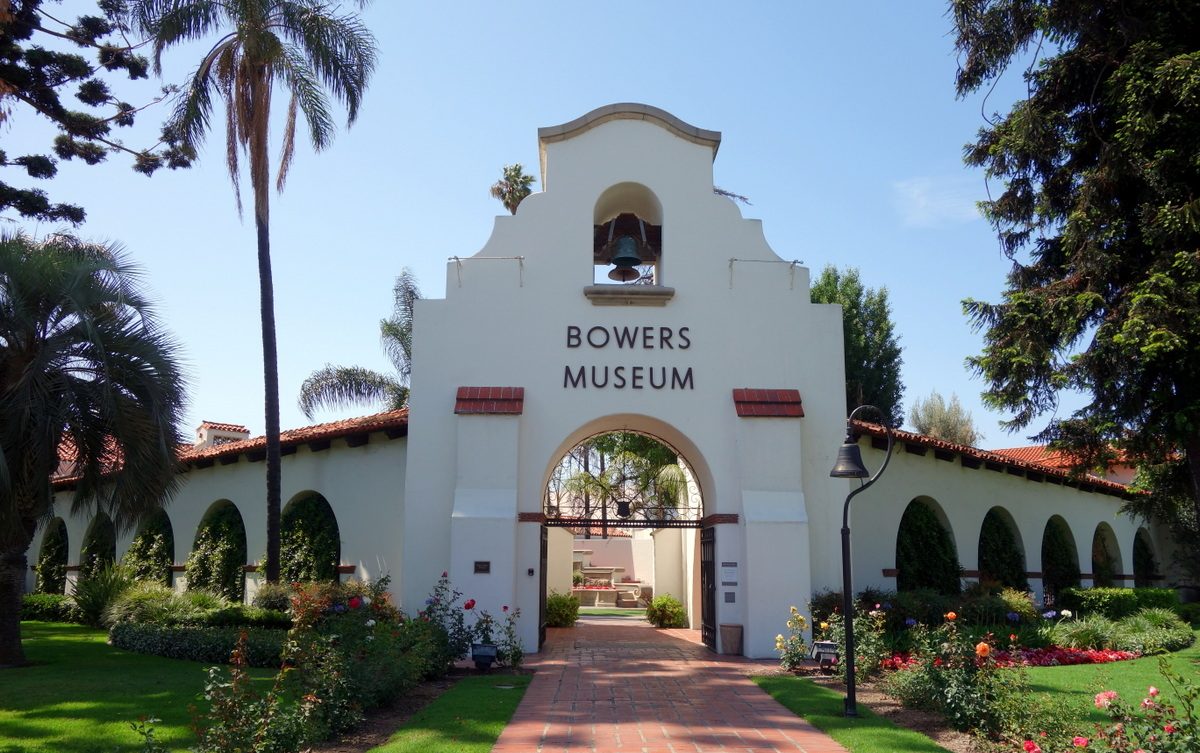 The city of Santa Ana is home to several eccentric museums that rounds up for the entire Orange county in general. Museums, galleries, the old buildings transformed into the exhibition, and everything that can speak about the art, culture, science, and past of the surrounding lies right here in Santa Ana. Out of endless tourism considerations, museums are one of the primes that draw in the huge crowd every year, contributing to both popularity and economics of the Santa Ana city.

While exploring this lively Orange county city its history & culture, a sculpture garden, the heritage of the past, and the contemporary art, along with a huge variety of Worth seeing sights will blow your mind. To know more about what this South Californian city holds, have a look at our list of the top 9 Famous and must-visit Museums in Santa Ana.

Noted as one of the must-visit and popular museums in Santa Ana, the Orange County Museum of Art is worth making efforts to reach. It is located in the South Coast Plaza Village, presenting both modern and contemporary art ranging from the early 20th century to that of the present. There are about more than 4500 exhibits out of which includes sculptures, traditional paintings, photographs, digital form of art installation, artifacts, and other objects. Not only the National holding, but the Orange County Museum of Art is also home to some famous international holdings, including artwork from Lee Bul, Eija-Liisa Ahtila, Marjetica Potrc, and more. 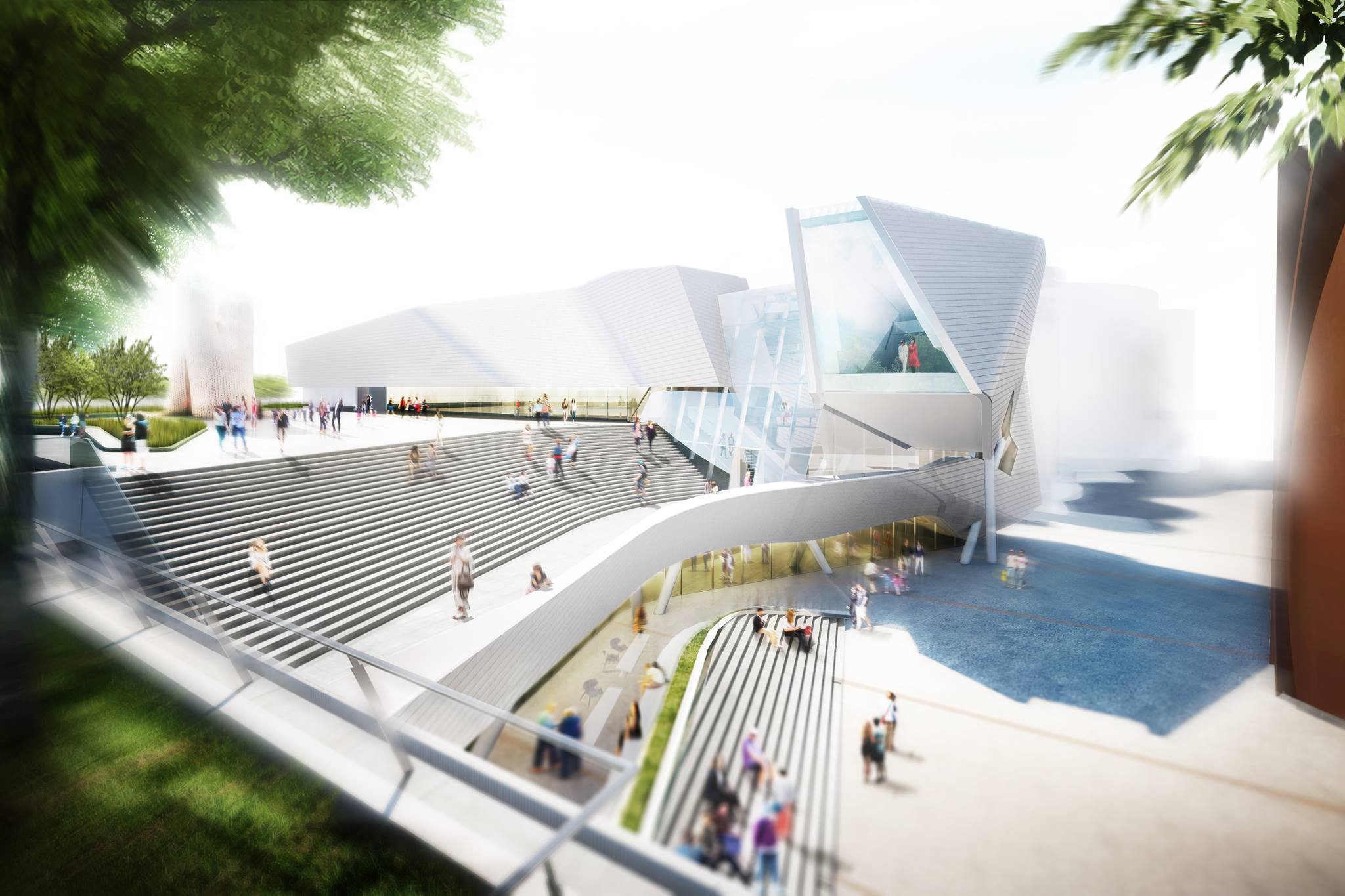 The Heritage Museum of Orange County is indeed one of the most interesting cultural attractions in Southern California. Though despite being very interesting, it isn’t known by a lot of people, and you would find either locals or museum enthusiasts exploring the place. What catches all eyes here is the Historical plaza featuring various buildings from the late 18th century. It covers about 12 acres in totals with aromatic citrus groves, an avocado orchard, and an extensive flower garden. The museum offers a glimpse of how California and its life used to be in the late 18th century. Here you can also find an operational authentic Blacksmith shop and costumed actors playing several roles for entertainment purposes. One can opt for self-guided tours or hire a guide to know some interesting details about the sight. 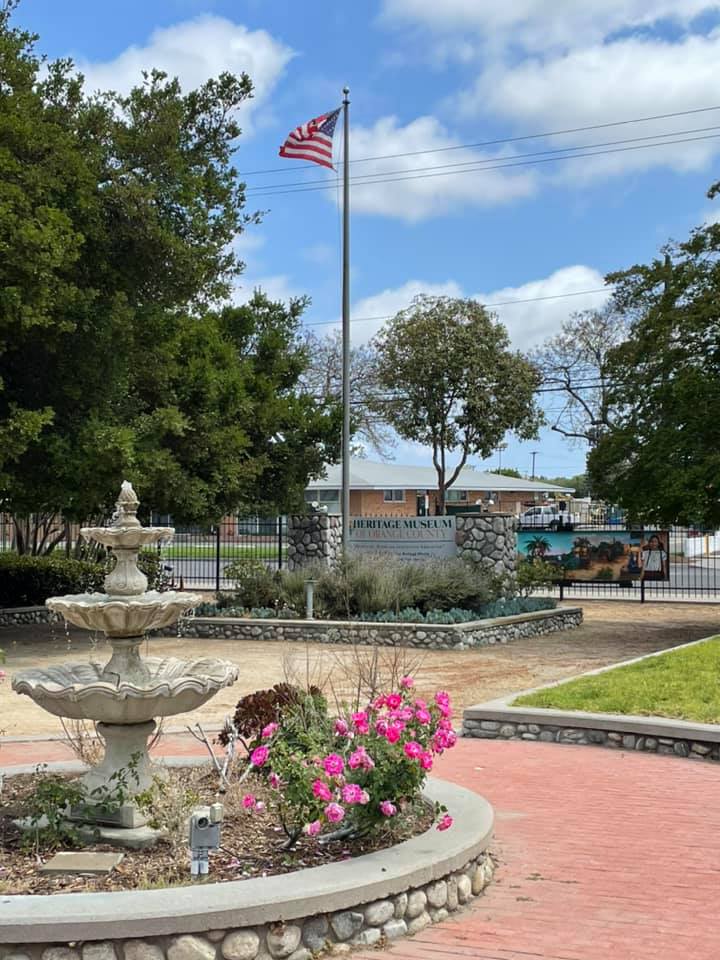 One of the great places to take your kids along, the Discovery Cube in Santa Ana, exhibits all about science and nature in one of the best possible ways. The museum constitutes more than 100 hands-on science exhibits classified into several themed zones, including Dino Quest, Rocket Lab, Science of Hockey, Air & Space, Quack Zone, Eco-Challenge, and Dynamic Earth. It is also home to a showcase gallery that houses traveling exhibits passing through every year. Not only the well-laid museum vibe but here you can indulge in events, challenges, treasure hunts and ensure that you grab in one fine experience out of your time invested. Also, true to the name, here you can view a huge cube, architected into a tilted position making curious kids droll over the view. 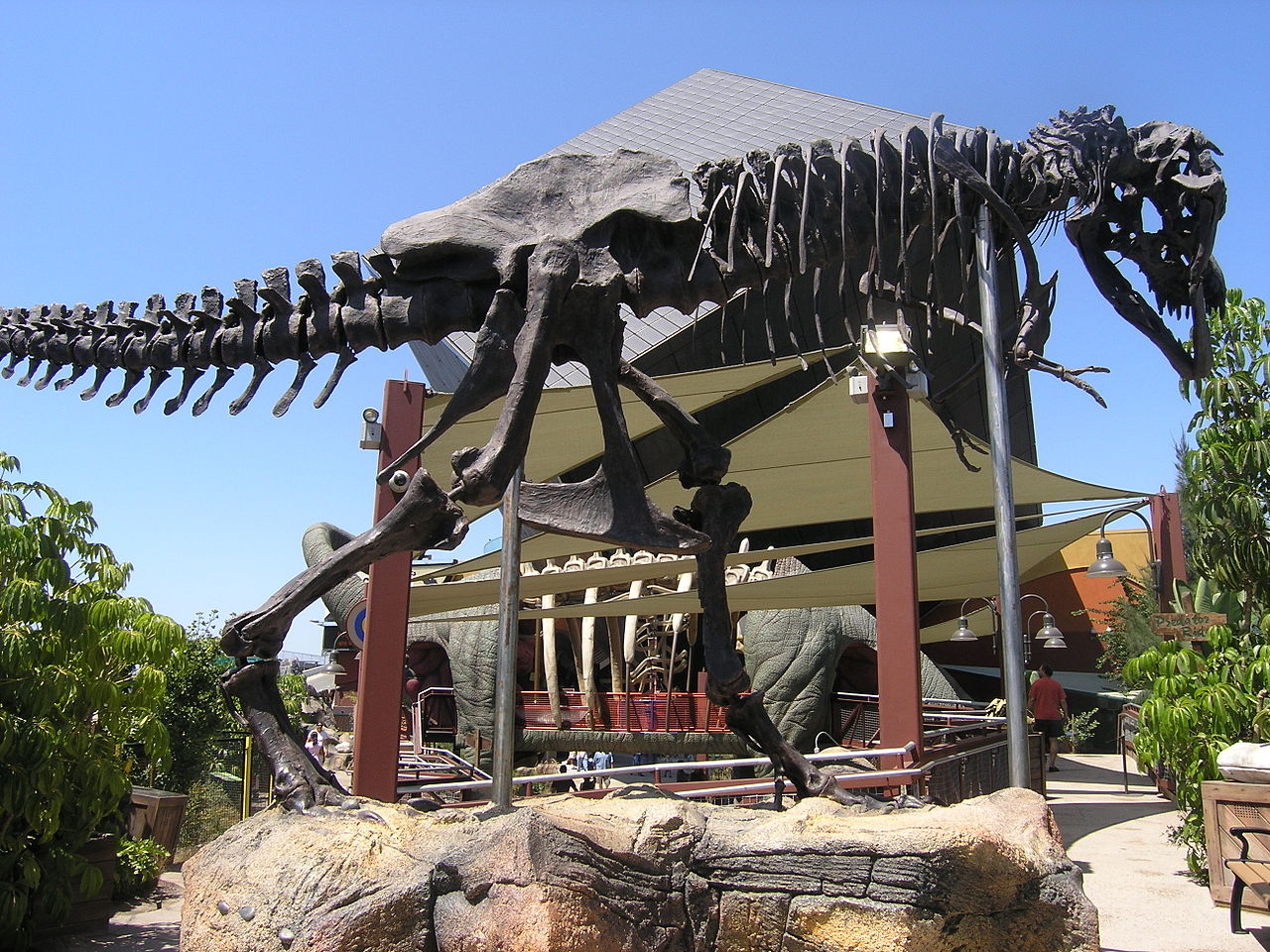 The Lyon Air Museum in Santa Ana is a huge 30,000-sq. Ft museum space with aerospace, aircraft, rare automobiles, military vehicles exhibit, and memorabilia dating back or relating to World War II. The museum is based on the west side of the John Wayne Airport and is a finding of Maj. Gen. William Lyon, USAF (Ret). For military, history, and aircraft lovers, Lyon Air is one of the great spaces where they can view some magnificence, including Boeing B-17 Flying Fortress, North American B-25 Mitchell, Douglas A-26 Invader, Cessna O-1E Bird Dog, Douglas DC-3, Douglas C-47 Skytrain, and the North American SNJ-6 Texan. Also, visitors who happen to visit here during summers can be a part of the annual Summer Car Exhibition featuring a number of world-class cars and automobiles. 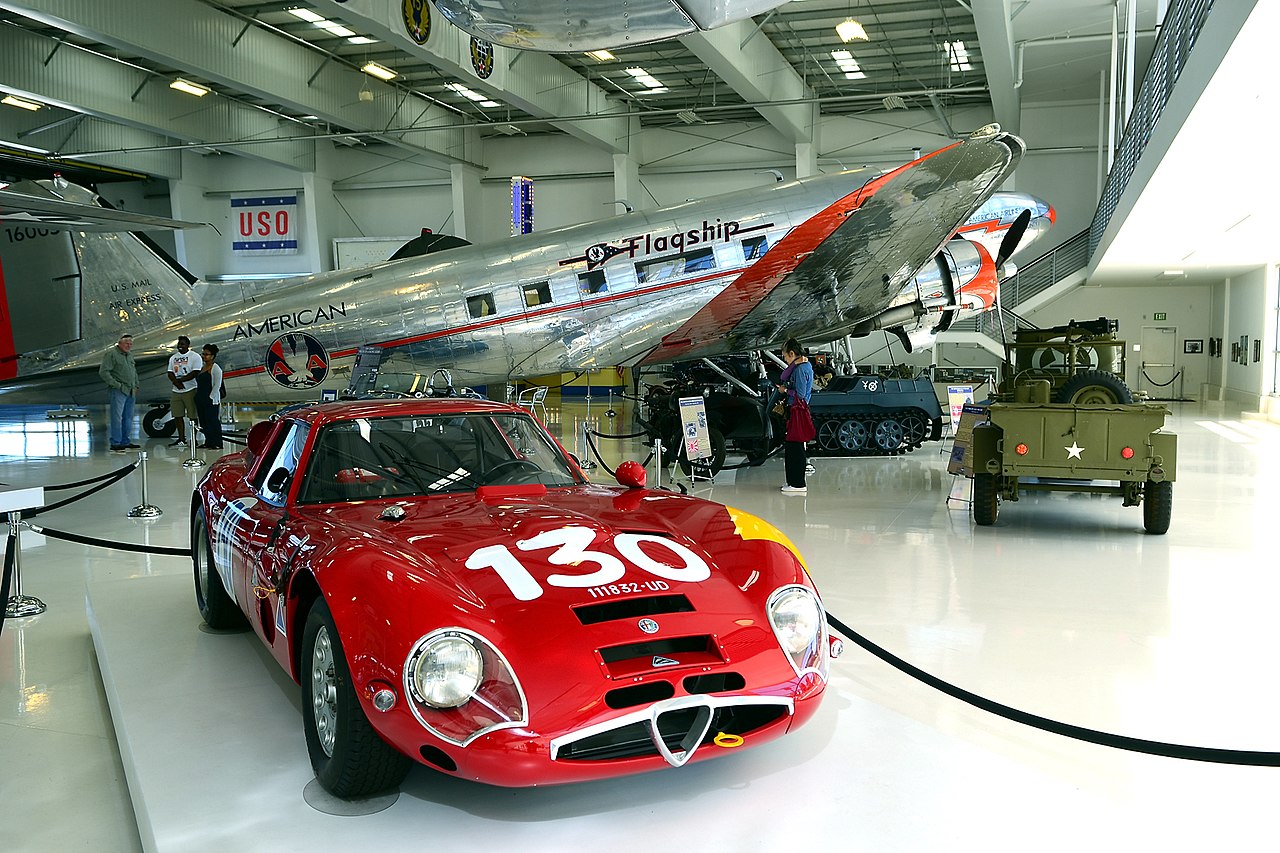 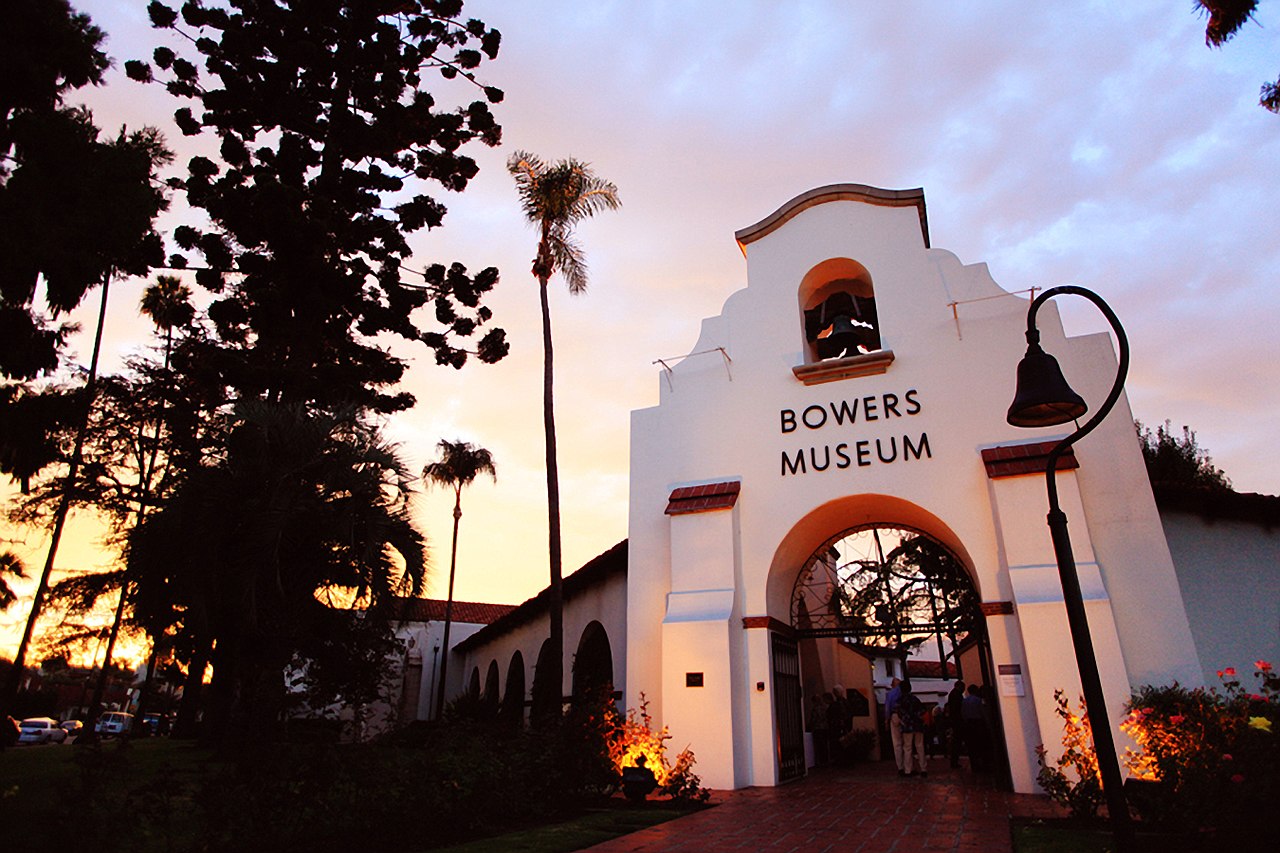 Bowers Museum is one of the top-rated museums in Orange County and a popular tourist place in Santa Ana. It is located only at a 7 miles distance from the famous Disneyland and hosts a huge crowd throughout the year. The Bowers Museum is home to both permanent and temporary exhibitions, including more than 100,000 objects belonging to over 6 continents showcasing world-class arts and cultures. Not only this, but Bowers has also organized more than 50 special exhibitions in collaboration with the greatest world-class museums within the past decade. It is working towards hosting more such events and exhibition in the near future. Some of the collection highlights here include the Ceremonial Ladle and Marguerite by Guy Rose from the early 19th century, Mummies: Treasures from the British Museum, and inside the Walt Disney Archives.

Adjacent to the Bowers Museum in Santa Ana, about just 2 blocks away, lies a children’s center named Kidseum. It is basically a kid-friendly museum showcasing high-tech and interactive art with the motive of providing the younger minds a place of communication, learning, interaction, and creativity. Kidseum is operational with two prime missions, “stressing the excitement of art, archaeology, and world cultures” and “Igniting imagination through exploration”. All throughout the year, it welcomes about a lakh of kids all over from the Orange County and nearby SoCal cities by hosting varied programs, including exhibitions, events, programs, competitions, tours, and special classes. 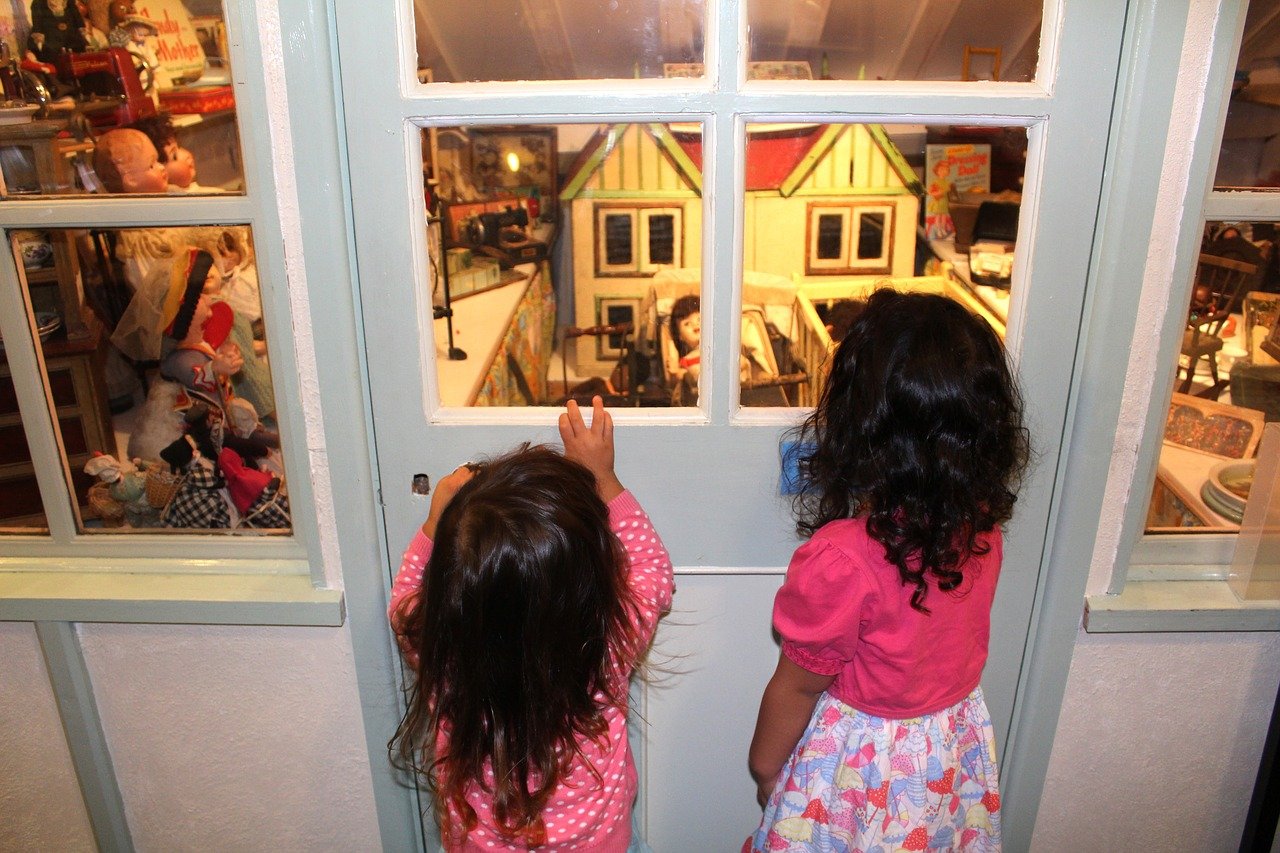 Not a Waffle restaurant but a historic home-turned museum, the Dr. Willella Howe-Waffle House is a less explored but a must-visit tourist attraction in Santa Ana. It is a Queen Anne Victorian style Home that originally belongs to the late 18th century. Back in the time, it served as the residence of Orange County’s first female physician Dr. Willella Howe. The Waffle House is basically a two-and-a-half story medicinal museum and a nice place to spend an hour or two at. There are a total of 12 rooms inside the historic home, a few are the well-maintained doctor’s office, whereas others belong to their home setup. It isn’t a location you would find operating daily; thus, consider being here only during the first weekend of each month from mid-morning to early evening. 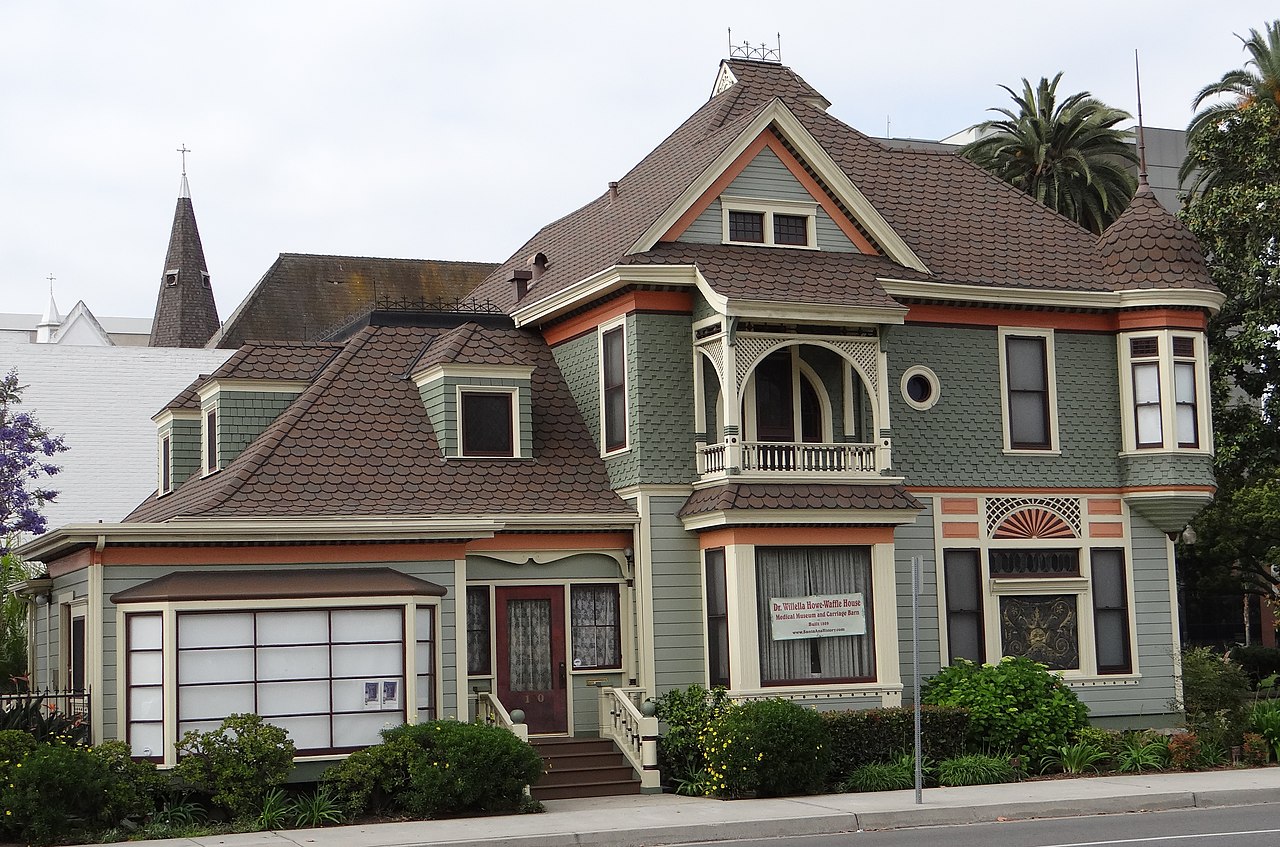 A walkable downtown village in Santa Ana, the Artist’s Village isn’t a museum building but a sight with multiple art galleries, live working art studios, performing art theatres, and other small but explorable sights. Most of the buildings here are ornamented in Spanish-style architecture with a crazy mix of ancient touch and contemporary effect. The Artist Village isn’t a regular affair, and thus it is advisable to visit here only during the first Saturday of every month. It is the time when most of the galleries are operational (more than 40), and musicians are playing various instruments all around the streets. Though during the rest of the days, it is functional for small but funky shops, fantastic local eateries, fountains, palms, sidewalk cafes, and easy strolling around. 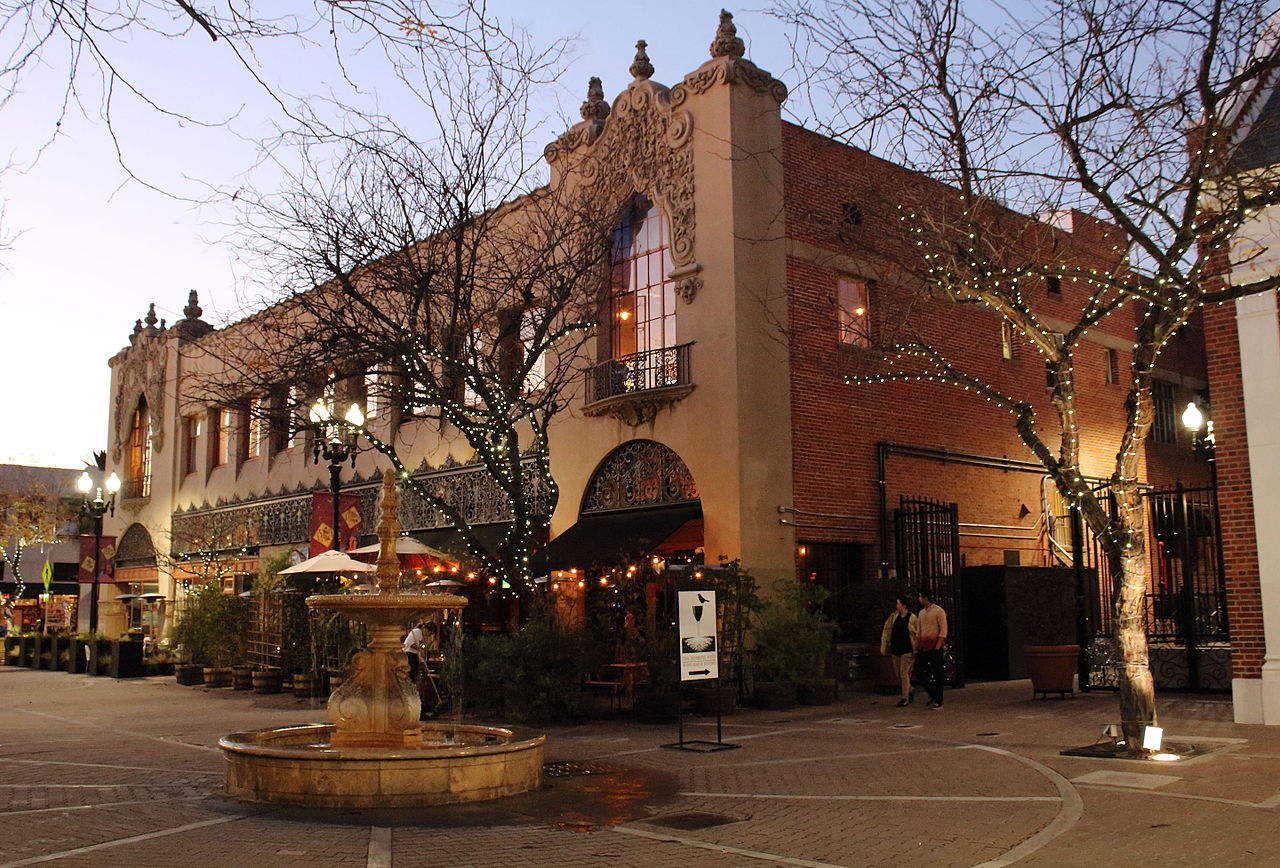 The Orange County Centre for Contemporary Art is not a very popular but interesting museum place located in the center of the Santa Ana city. It is a place where you can find locals and regional art displays, mainly in the form of photographs, paintings, and wall sculptures. It is a great place to visit for a peaceful yet interactive evening with kids and family. The Centre for Contemporary Art operates with a motive of promoting contemporary creations by the local artists. It might not be a place for world-renowned paintings, but some of the pieces here by young and talented minds can blow your eyes in the most surprising ways. Orange County Centre for Contemporary Art is not much crowded, and admissions here are free of cost for both locals and travelers. 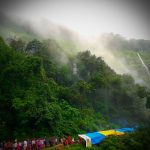 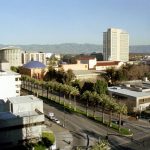