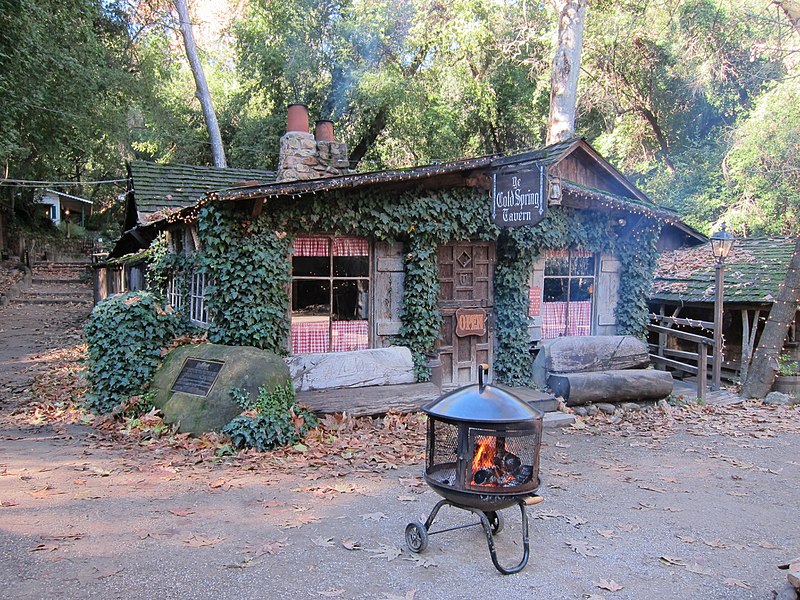 Travellers often choose Santa Barbara for relaxing along its magnificent beaches, though only the one who has been here knows how rich is this city is in terms of “Tourist attractions”. One of the glamorous cities in California, Santa Barbara has everything from extensive parks, excellent beaches, old churches, historical buildings, and an array of museums. Even if you are looking for a juggling day of exploration or a relaxing day at some peaceful location; you can have everything in this beautiful coastal city.

Tourist attractions in Santa Barbara are mainly lined next to each other, either in is amidst the city or at the borders. This wonderful setting makes it more convenient for the tourists to cover plenty of places, even on a short weekend trip. Though to cover all of the Santa Barbara fun, even a month-long vacation will fall short.

For some detailed insights, go along our list of the 10 Most popular places to visit when in Santa Barbara.

The Santa Barbara County Courthouse is the most popular historic landmark of the city, dating back its foundation to the early 1900s. It has a couple of Spanish Colonial Revival style buildings that are termed as one of the architectural jewels of Santa Barbara. Today it is famous amongst visitors for its extravagant and graceful architecture along with one of the best city views from the Clocktower. The top of the clock tower is at an elevation of 85 ft presenting views of all directions. 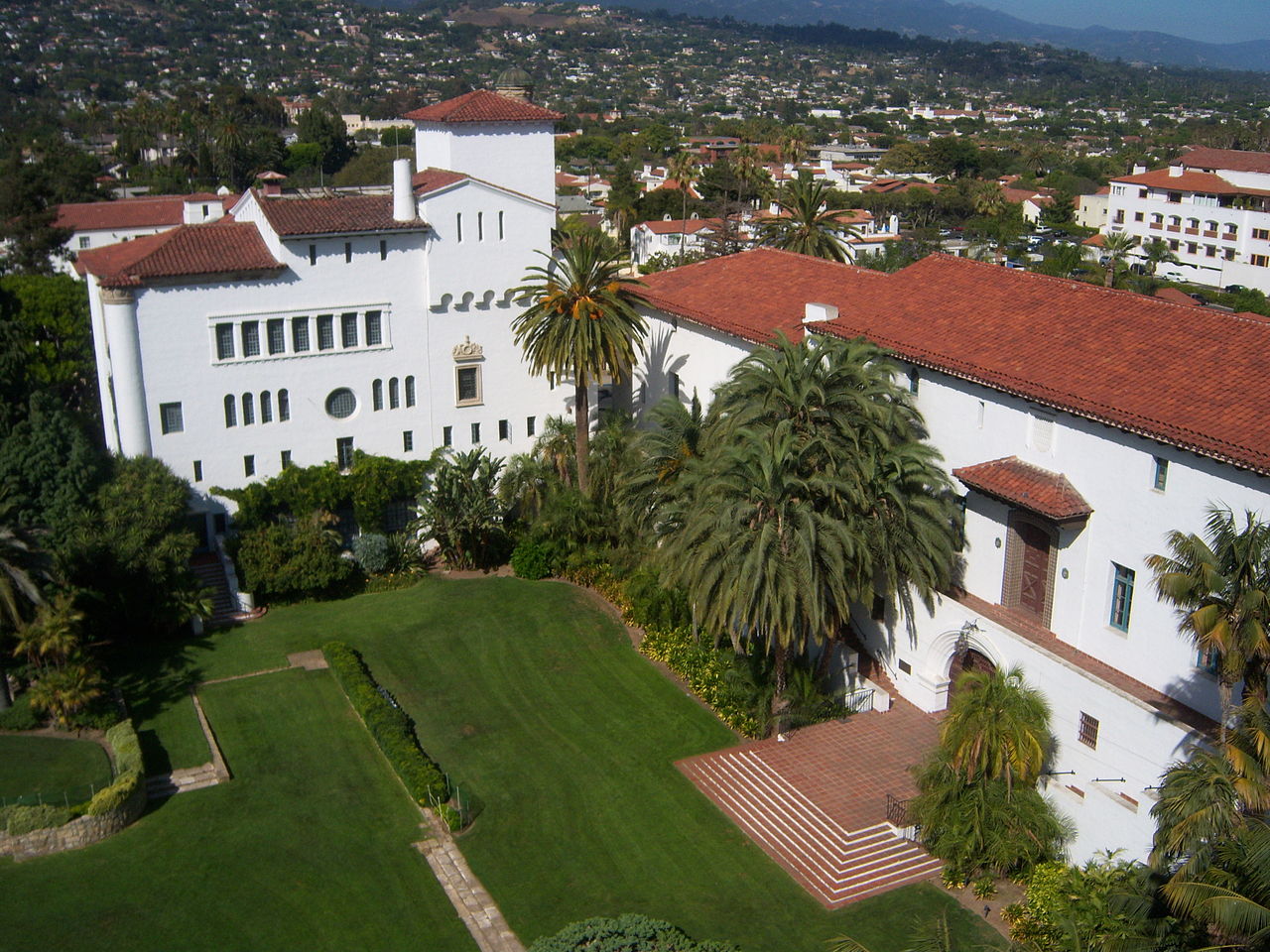 One of the main highlights here is the Mural Room, where you can learn about the history of Santa Barbara and get close to some beautiful wall work. Walking outside the courthouse, one can reach the sunken garden that is known for wedding, events and the plants and palms varieties imported from more than 25 different countries.

Santa Barbara Zoo is one of the most-visited places in Santa Barbara and also one of the nation’s best small zoos. It is situated over a hilltop with a mountain view on one side and the Pacific Ocean on another. Spread over 30 acres, the Zoo houses more than 500 animals, most of them in their natural habitats. Some of the popular animals here include a crooked neck giraffe, Capybaras, local condors, western lowland gorillas and the beautiful snow leopards. 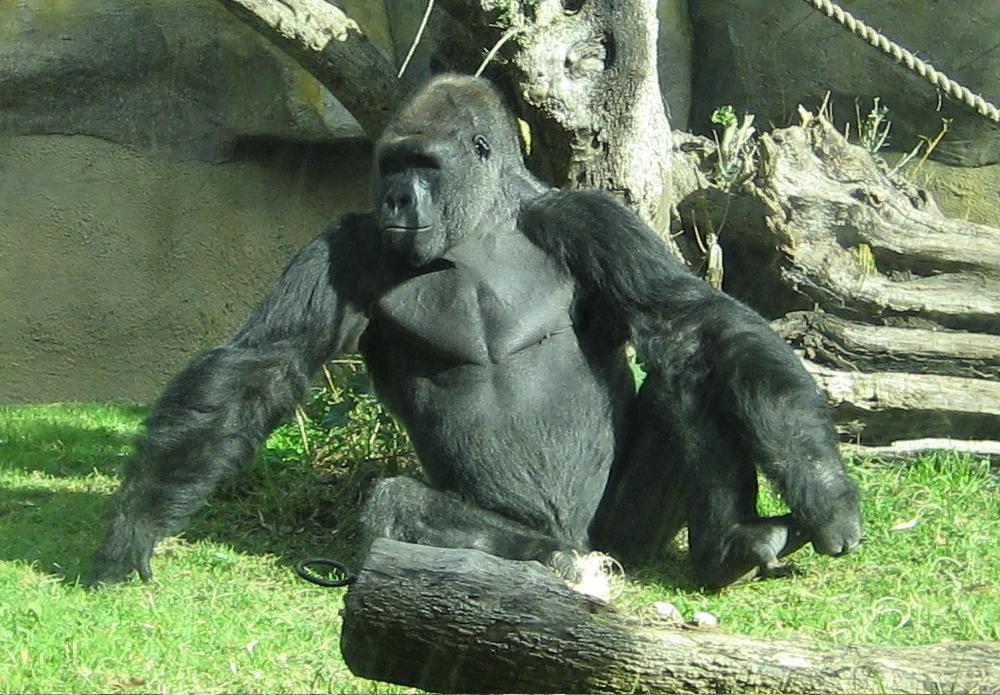 With lush green gardens, native plants, palms and well managed open space, the Zoo looks more like a rich botanical garden. For a secure and engaging experience with the animals, the Zoo authority also organizes feeding hours for kids where they can touch, pet and feed some friendly animals. Apart from animal seeing, there are several other fun and engaging activities like the Zoo train and locomotives.

3. Santa Barbara Museum of Natural History and the Sea Center

The Museum of Natural History and the Sea Center is located on the historic Stearns Wharf of Santa Barbara and is surely one of the most exciting places you will visit in this city. It is basically an aquatic exploration centre featuring magnified sea specimens, live shark touch pools, a life-size model of a grey whale and her calf, and a tidepool tank. The interactive setting here makes it ideal for visitors to experience a close and personal encounter with Santa Barbara Channel’s marine life. 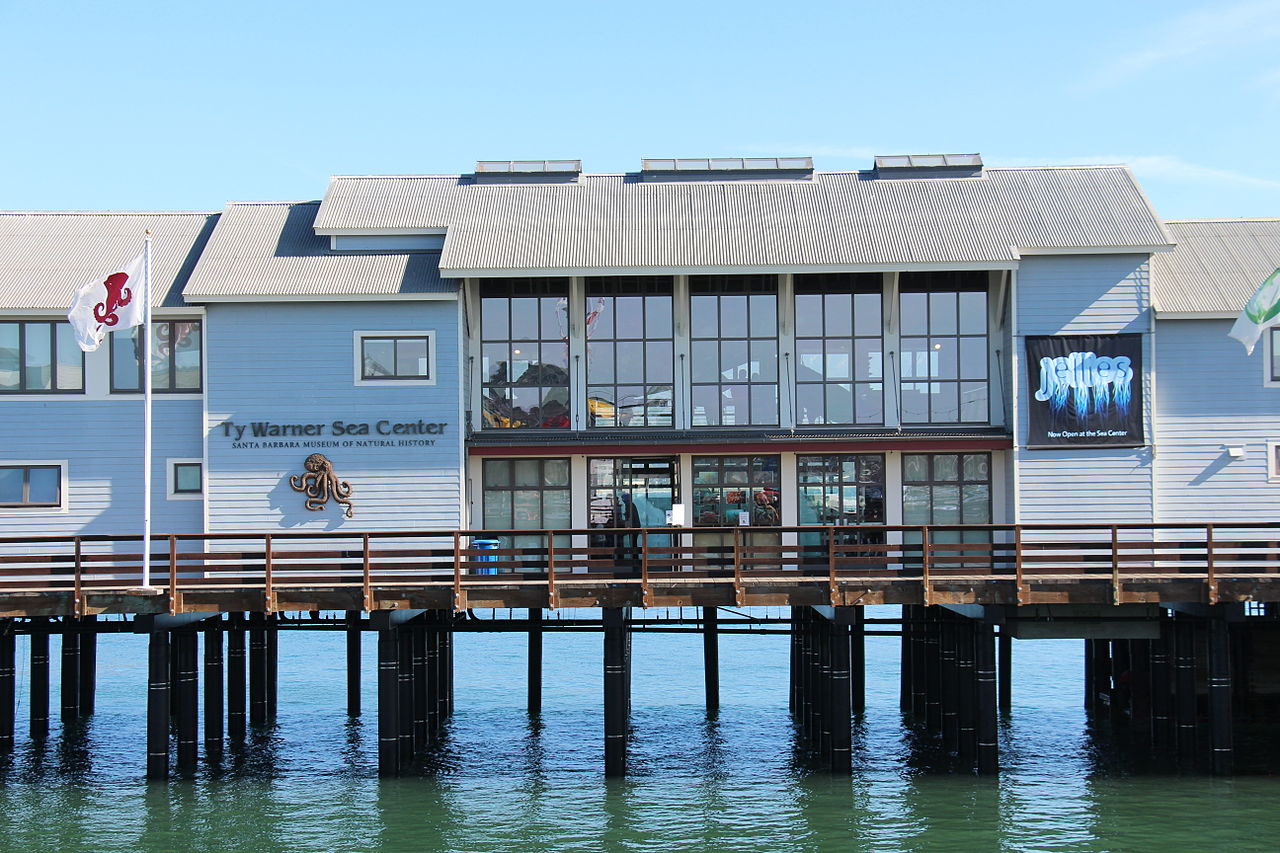 Some of the popular exhibitions here include the Gladwin Planetarium, the Chumash Indians, a lovely woodland nature trail and the Butterflies Alive Exhibit. Even if you aren’t a fan of museums and marine life, this Santa Barbara wonder will surely keep you engaged and entertained all through the while.

El Presidio de Santa Barbara is a historic settlement in the city of Santa Barbara that dates back its existence to the year 1782. It is one of the oldest historic sites in the city and also one of the significant tourist destinations. Originally it was a military installation, built by Spain, of which adobe buildings “El Cuartel and the Cañedo Adobe” are still standing. El Cuartel is also the second oldest’ Surviving building’ in California. 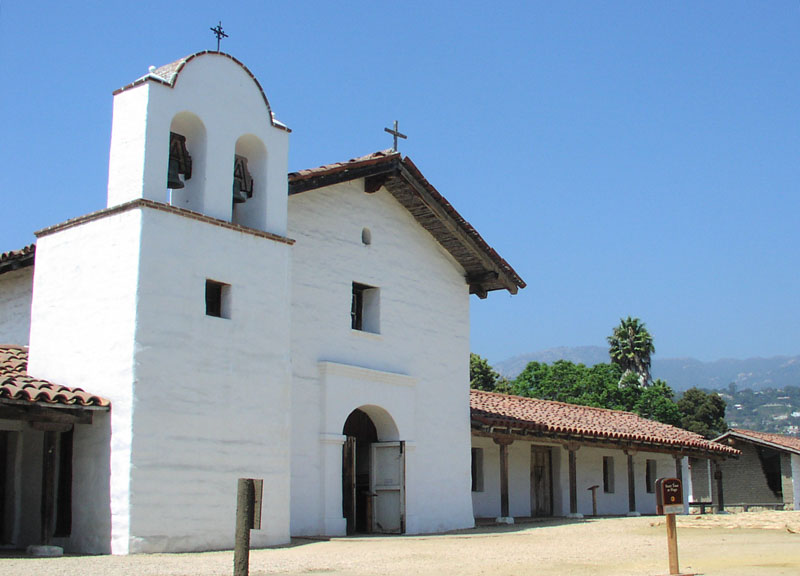 Most of the El Presidio de is in its restored condition today; however, while walking down the site, one can still get several real glimpses of life and settlement here (when it was ruled by the Spanish). Apart from the original and reconstructed buildings, you can also explore the nearby archaeological site, a small garden and several artefacts related to Santa Barbara, Mexico, and Spain.

One of the oldest living buildings in California, the Mission Santa Barbara dates back its existence to the year 1786. It was founded for Franciscans by the Padre Fermín Lasuén and today is preserved as one of the most iconic landmarks of the city. The architecture of the Mission influences Santa Barbara city to a great extent. After the 1925 major earthquake, when most of the city was destroyed, the reconstruction and repairing of the city were inspired by the Mission itself. 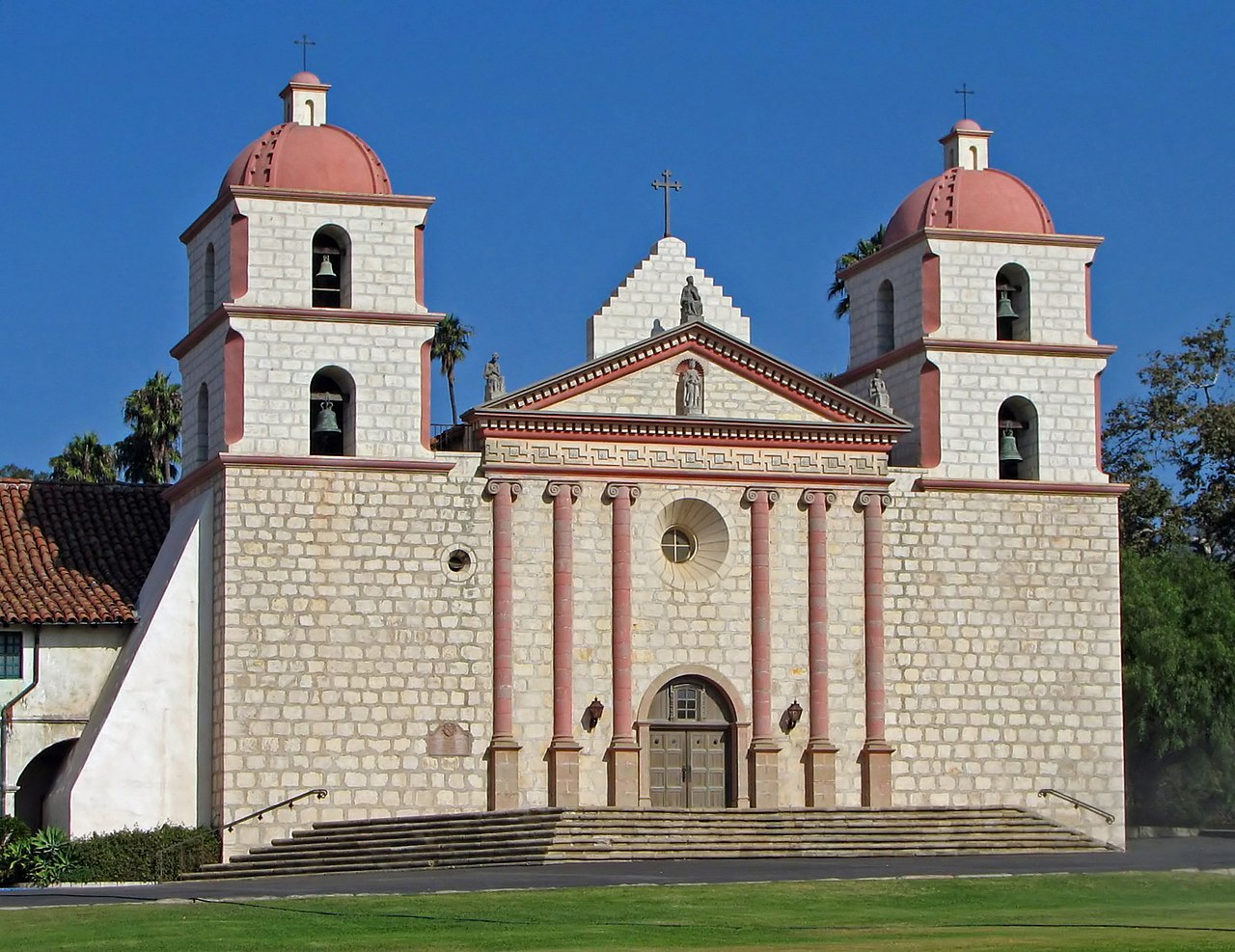 Another impressive fact is that the Mission Santa Barbara is the only California mission to remain with the Franciscans, and you can still find some Franciscan friars here. When here, visitors can explore the church, the twin towers, Roman temple facade, museum complex, the colonial-era art, sculptures and the picturesque La Huerta Historic Garden. Apart from the Mission, make sure you explore some famous nearby places, including the cemetery, the fragrant Rose Garden, and the streets across.

There’s an abundance of preserved nature in Santa Barbara, and this Botanic Garden is one fine living example of that. It is located in Mission Canyon, offering beautiful views of the Santa Ynez Mountains on one side and the Santa Barbara Channel Islands and stunning landscapes on another. The botanic garden is spread over 78 acres constituting more than 1,000 species of rare and indigenous plants. One of the prime motives for establishing this vast botanical space is to preserve the native Californian plants. 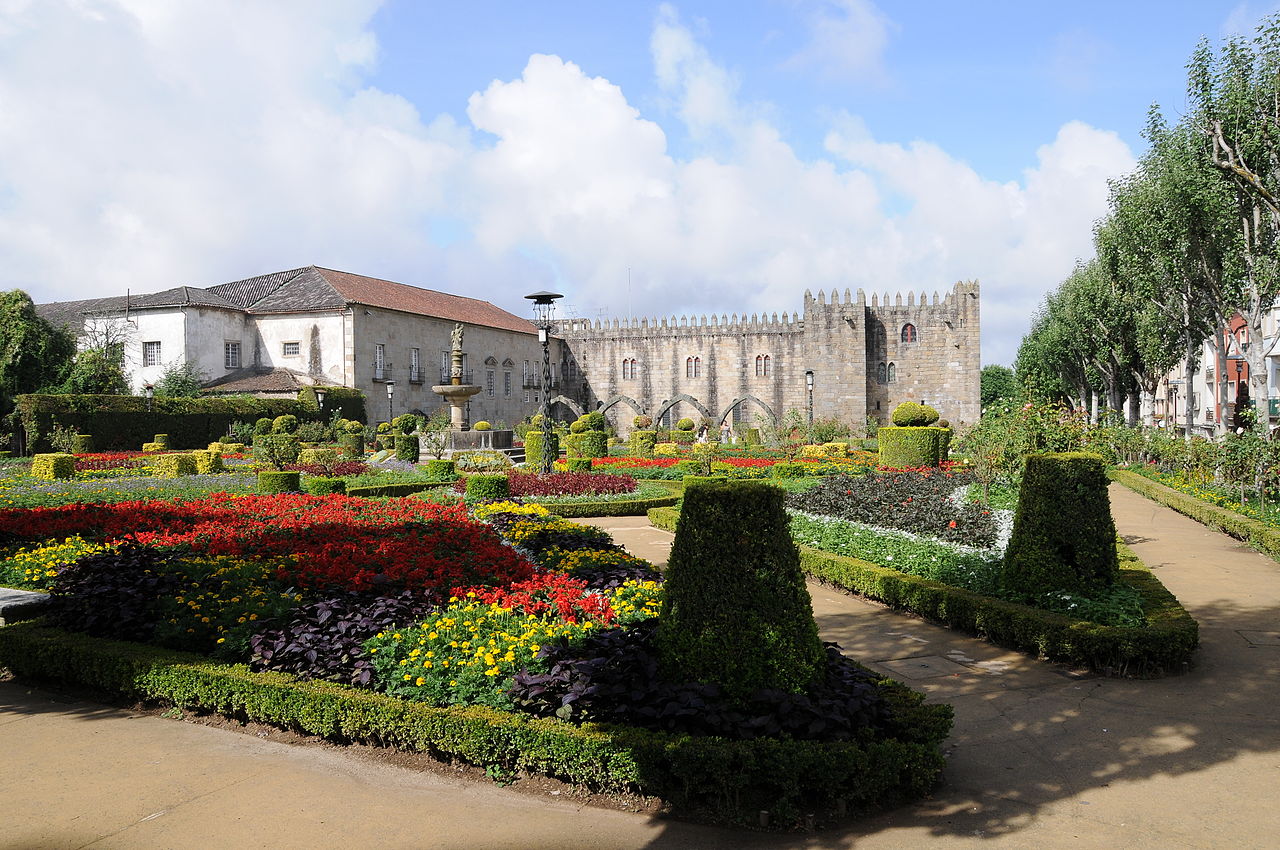 Apart from preservation, there is a lot more to the garden, including sustainable practices, researches, and education. When here, one can hike 5.7m long trails, get a view of the Mission Creek at the premises and cross over the historic Mission Dam (which dates back to 1806). Once done, while going back, visitors can also shop for native plants and other souvenirs from the museum gift shop and nursery.

Also known as the Cold Spring Relay Station, the Cold Spring Tavern can be reached 20 minutes north of Santa Barbara in the Cold Spring Canyon. It is only one mile from Highway 154 along Stagecoach Road, and while you are on your way here, you can find several fellow visitors alongside. The Tavern is not a tourist attraction, but a popular restaurant in Santa Barbara also recognized as the best place for a Romantic Getaway. Some of its popular serves include steak, lamb, venison, duck, and rabbit. It is counted amongst the rarest places that serves bear in Santa Barbara and even California.

The Tavern was initially established in 1865 as a stagecoach stop though later, even after a century, nothing much (Setting) has been changed here. Right behind Tavern lies the Road Gang House that was built in 1869 by the Chinese immigrants who paved via San Marcos Pass and were searching for shelter. There’s also a bunkhouse nearby which is now transformed into a gift shop. Between miles of trees and roads, Tavern is the only stop; thus, is quite peaceful and serene.

MOXI is one latest addition included in the museum itinerary of Santa Barbara. Built-in the year 2017, the Wolf Museum of Exploration + Innovation can be reached two blocks from the Santa Barbara waterfront. The museum is finely designed in Spanish Colonial-style and whimsical sea-themed accents and is a one-of-a-kind site for visitors of all age and interests. Covering over 17,000 square feet, the museum building has 3 floors with a hands-on exhibition that will blow your mind.

All the indoor and outdoor exhibitions are themed in various categories like interactive media, sky garden, fantastic natural forces, speed, light and other science and technology fields. Once done with exploring the building, you can also climb the rooftop garden and grab a spectacular view of the city. The museum also organizes several events, including after-school classes, summer camps, music, dance, and adults-only evenings.

Lotusland or Ganna Walska Lotusland is a public botanical garden located in Montecito, nearly 5 miles from the Santa Barbara downtown. It was originally established by three botanical experts; however, the revolutionary and dramatic changes are a contribution of Madame Ganna Walska, a famous Polish opera singer. This 32-acre botanical wonderland is also recognized as one of the most beautiful gardens globally. It houses over 3,000 different types of plants important from different parts of the world. 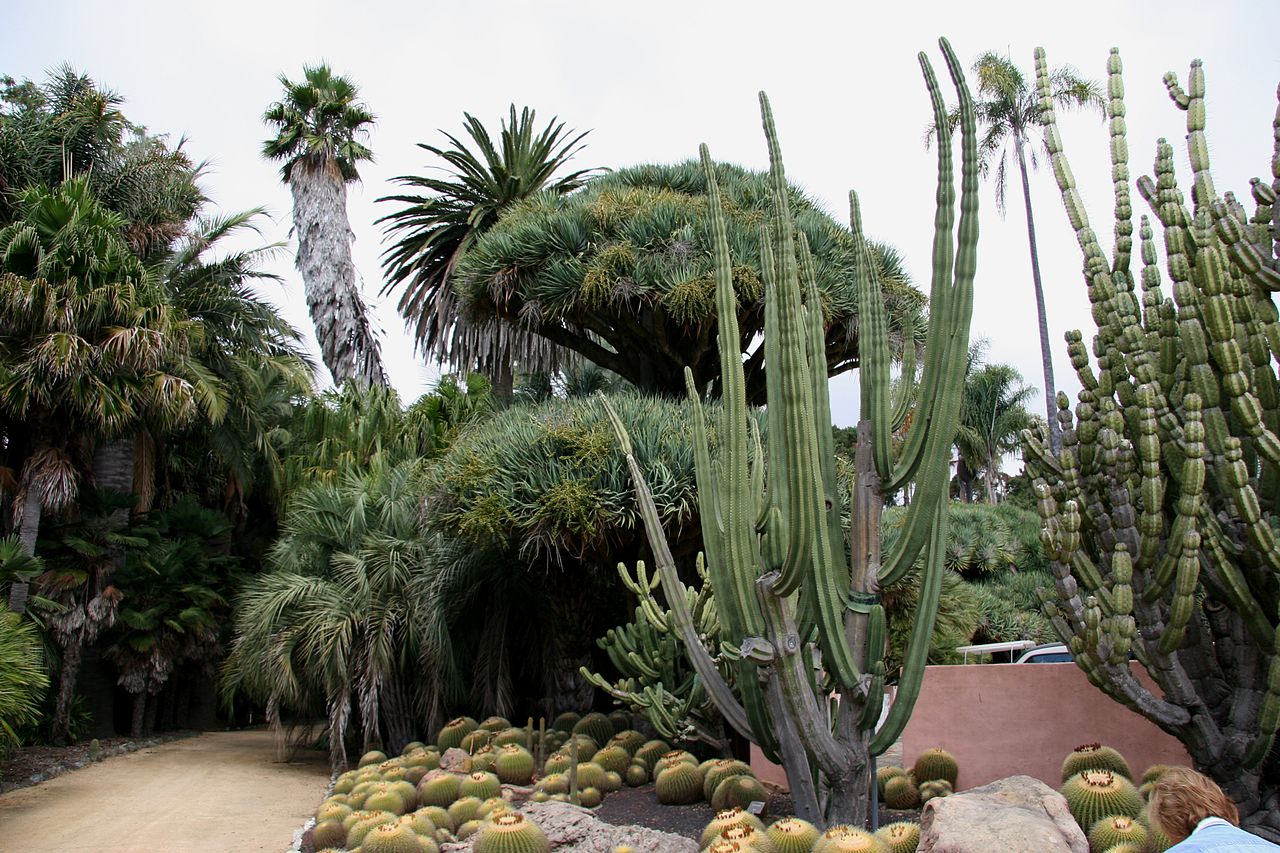 Every corner of Lotusland is an unexpected surprise exhibiting extraordinary plant collections and unique garden design. It is open to the public for walking tours, though only with advanced reservations. Out of distinct gardens, some of which are rarely seen by most of the visitors includes Cacti and euphorbias gardens, Cactus Garden, and the rare cycads. Butterfly garden, blue garden and the water garden, and theatre garden are some other unmissable highlights.

Santa Barbara Harbour is a historic harbour and one of the main highlights of the city. It is situated in the bustling Santa Barbara waterfront offering magnificent views, an abundance of exciting activities and lip-smacking dining activities. Here one can indulge in various fun water sports, including sailing, sea kayaking, deep-sea fishing, scuba diving, stand-up paddle boarding, and some relaxation activities like whale watching as well.

Santa Barbara Harbour can ideally be explored by foot or via bikes with a lot of convenient parking lots. Here you can also be a part of seasonal parades, festivals, events, hands-on historical exhibits, and sunset celebrations. Passing by, there are several local markets selling fish, essentials, and souvenirs. 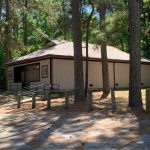 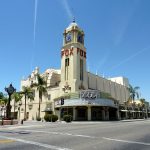