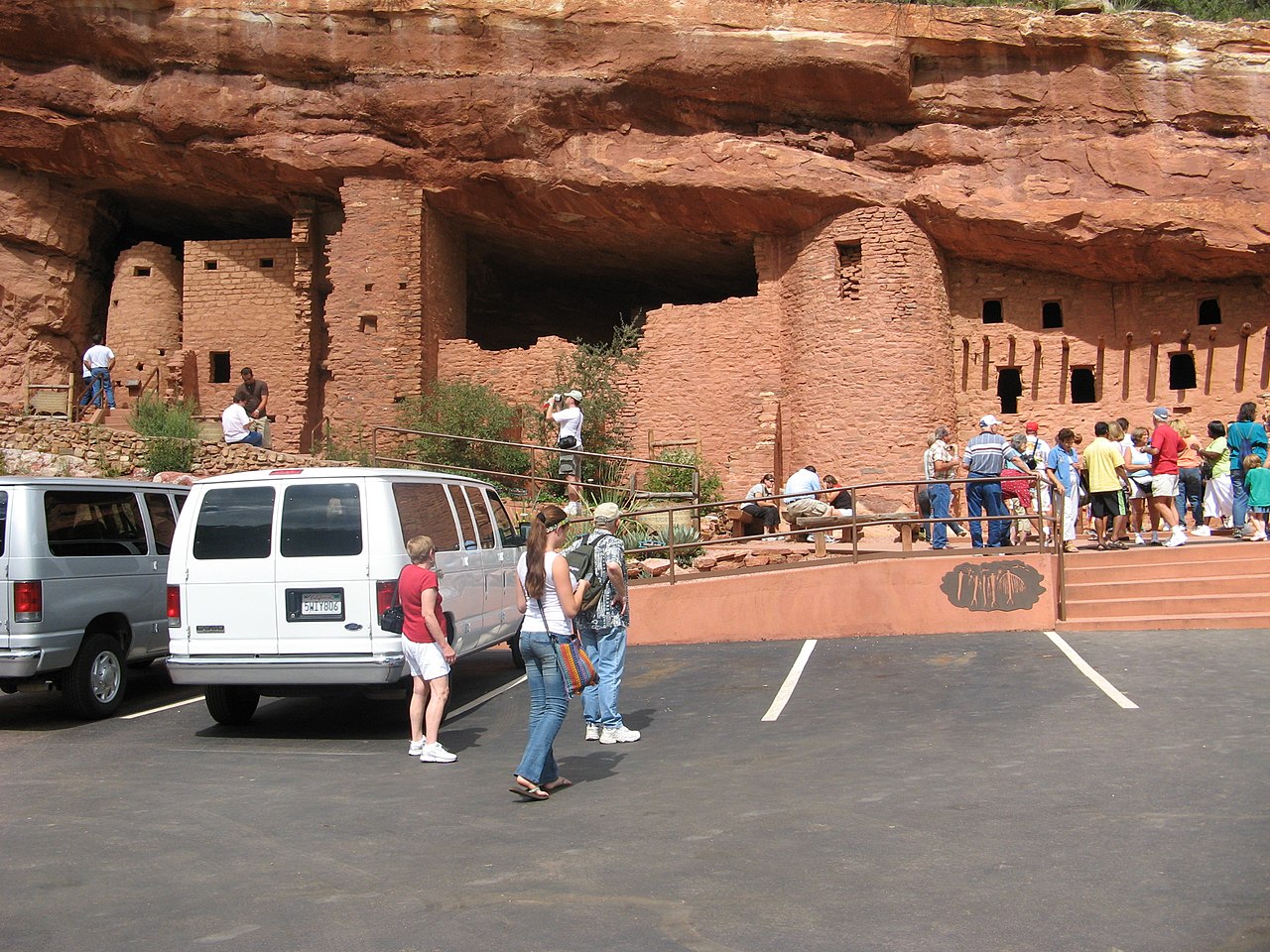 The ancient and historical record of Colorado is one of the best things to do on holiday there. Giant beasts once inhabited Colorado historic sites and landmarks, and then they were created by native people for westward discovery and expansion. These sites are still waiting to be explored by tourists and visitors from all over the world. If you plan to visit Colorado and love historical places, here is a list for you enlisting all the beautiful landmarks you should see to witness Colorado’s rich history.

The Dinosaur Journey Museum houses a working palaeontology lab and the most up-to-date displays on prehistoric giants. Dino Digs are also available at the Museum, where you can spend the day as a palaeontologist at the Mygatt-Moore Quarry. It is a regional paleontological and geological place that uses live fossils, cast skeletons, and robotic dinosaur reconstructions to tell the storey of the evolution of life in western Colorado and the surrounding areas. 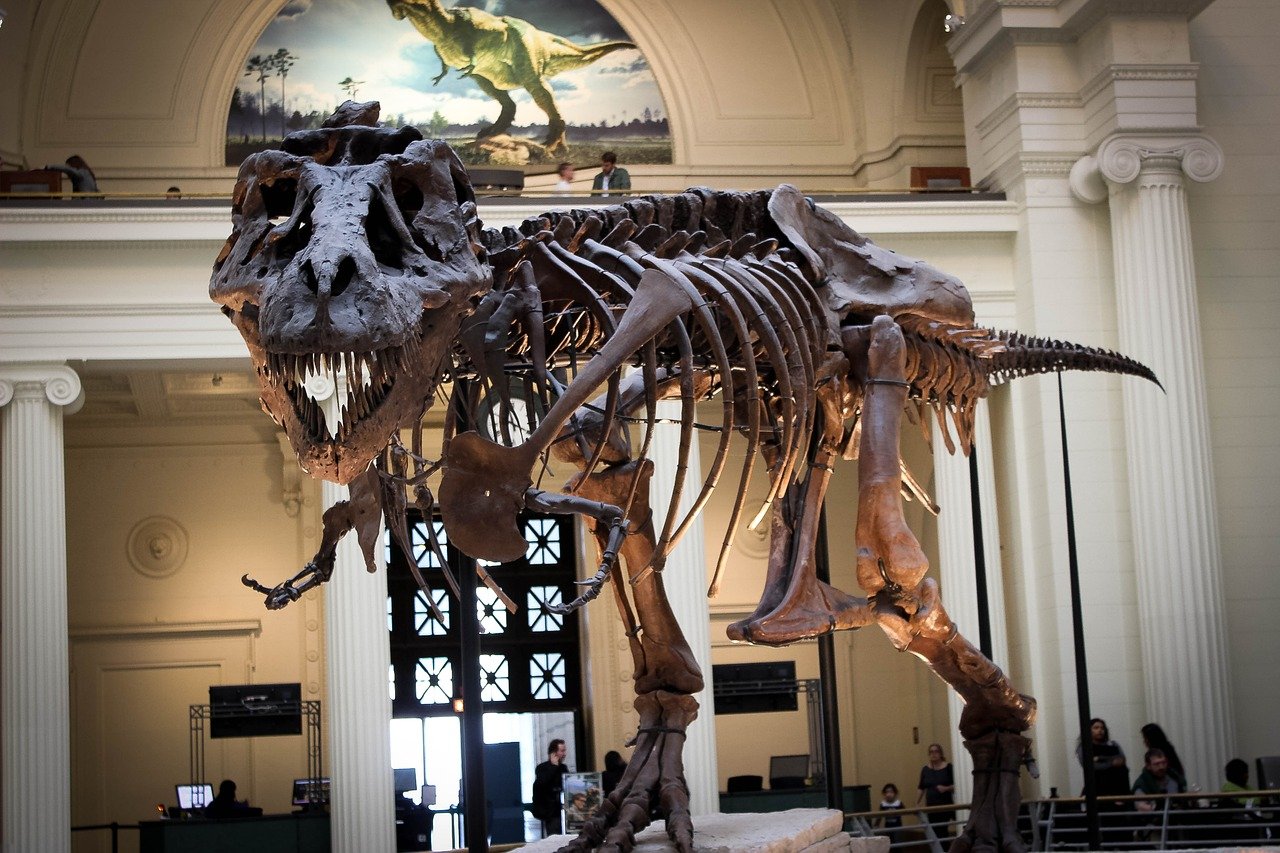 The hands-on, immersive Museum has over 15,000 fossil specimens in its collections, exhibitions, and shows, including a viewable palaeontology laboratory where dinosaur bones are prepared for display. There is an earthquake simulator, a library full of dino books, a sandbox so that you can make your tracks and a “quarry spot” where kids can unearth real Jurassic dinosaurs.

Crow Canyon Archaeological Center invites citizen scientists of all ages to help with a specific and important mission: to inspire current and future generations by making the human past available and meaningful through archaeological exploration, experiential education, and American Indian awareness. Crow Canyon, situated in one of the most spectacular landscapes in the United States, offers various educational and travel seminars.

One can work in the field and the lab with experienced archaeologists, roam with world-class lecturers, gain college credit through the field school program, attend summer camps, and so much more. It is one of the recommended historical places in Colorado. Crow Canyon is the place to visit if you’re looking for a rest stop or a special experience in the Four Corners Area (and beyond). We also provide tours of our campus and services, which are the ideal prelude to your Mesa Verde adventure and other nearby National Parks.

An intimate, off-the-beaten-path historical site situated at the southern edge of the San Juan Mountains in the Southwest part of Colorado, this undiscovered place is a must-visit. You’ll follow in the footsteps of the Chaco clan’s fascinating and mysterious Ancestral Puebloans, following ancient paths that have been the same for 1000 years. Chimney Rock is a must-see for archaeological ruins and artefacts, plentiful flora and fauna, and its stunning setting in the San Juan National Forest. 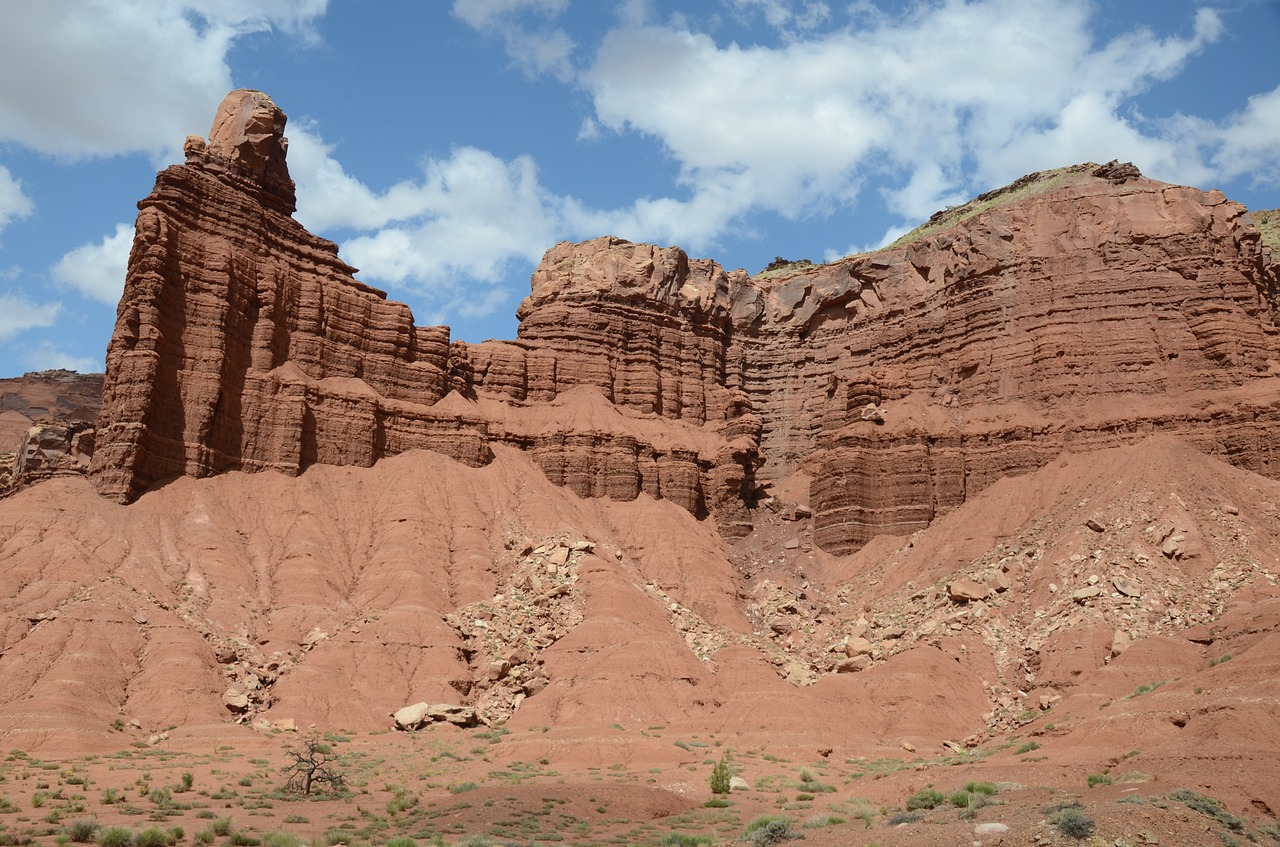 A Great Kiva, a Multi-family dwelling, a pit house and a Chacoan-style Great House Pueblo are some of the old homes and ceremonial buildings preserved at Chimney Rock. There are about 200 old homes here and spans seven square miles. Some of these historic homes have been excavated for sightseeing and discovery. Chimney Rock is considered to be the highest of all the Chacoan sites. The half-mile climb to the peak is rewarded with spectacular 360-degree views of Colorado and New Mexico. There audio-guided tours available for your guidance.

It is Mesa Verde National Park’s largest cliff dwelling. Many archaeologists and history-lovers believe that the Mesa Verde people held a special place in the building, which once housed about 100 people. You must be accompanied by a ranger guide to gain access to the site. 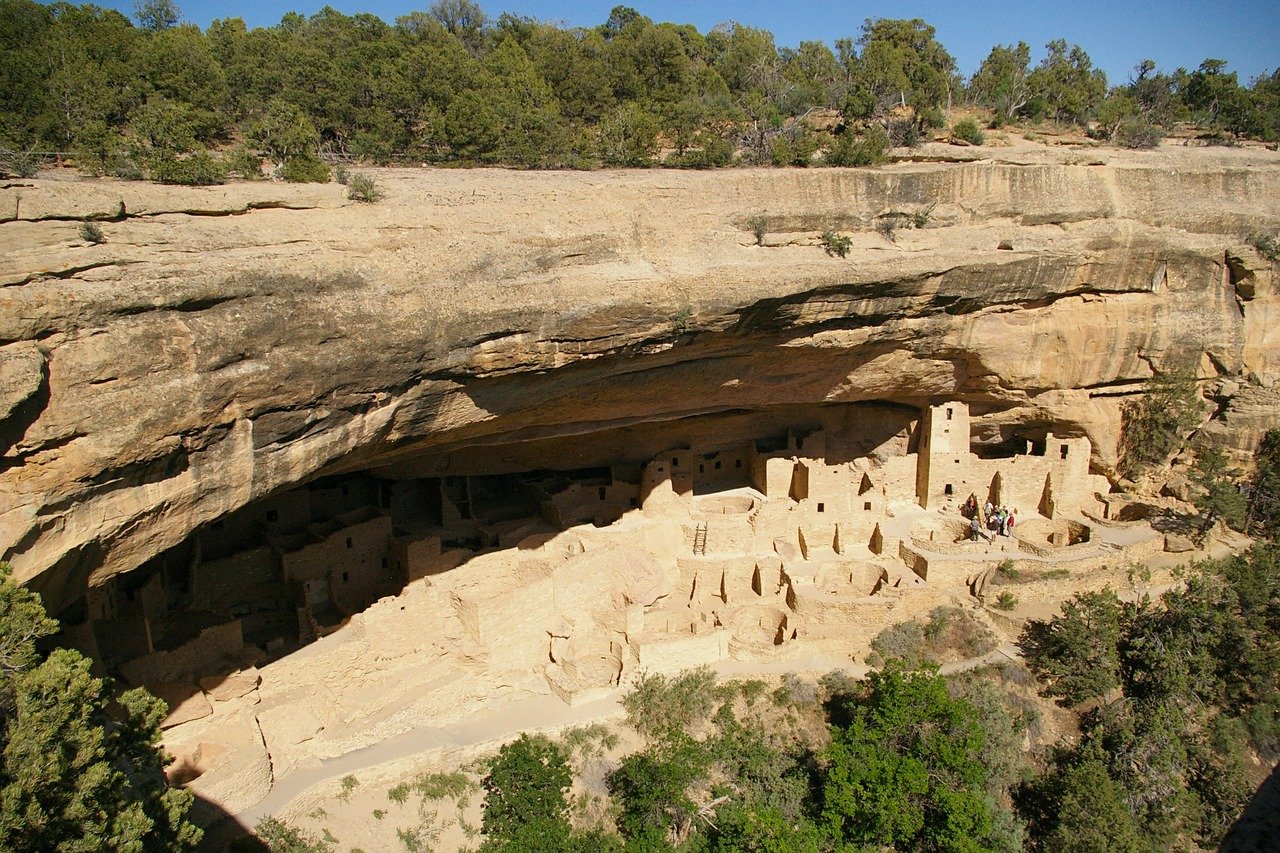 Schedule a tour at the visitor centre, where you can hear about the building’s design and the people who lived there. Within, you’ll find a complex system of halls, offices, and towers shielded from the sun by the canyon. Cliff Palace Loop Road provides a panoramic view of the entire residence. To get the most out of your Mesa Verde National Park holiday, use their website and gain deep facts about the park.

Behind brick facades, Old Colorado City hides over 100 stores, restaurants, and attractions. The town, founded in 1859, was a major gold-processing centre during the Gold Rush period, and it was the site of strikes that led to the Colorado Labor Wars. Today, it features restaurants that offer gourmet meals, including Greek, French, Ethiopian, and Mexican fare, as well as frozen yoghurt and chocolate confectioneries. If you want to visit an ancient yet modern town, Old Colorado city is the perfect place for you. It is one of Colorado’s richest historical places. 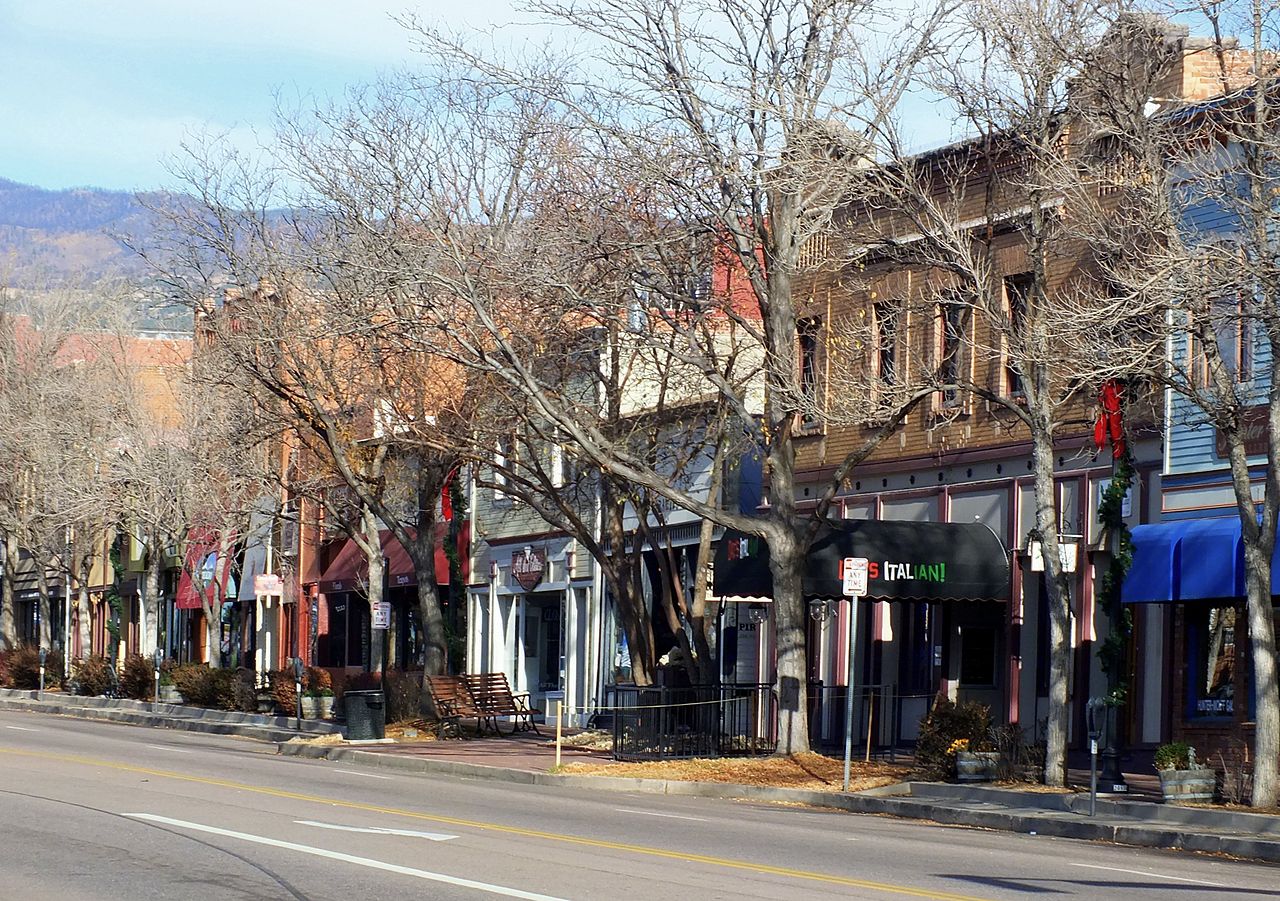 Visit the nearby wine bars, art cafes, and live entertainment pubs, or go antiques, clothing, and jewellery shopping. You can also look at local artists’ collections of fine art and pottery. You can go horseback riding, sample British sweets and teas, and explore rumoured haunted locations, among other things.

If you want to learn about the ancient Anasazi people, you should visit Manitou Cliff Dwellings. This amazing place gives a beautiful view of the actual cliff-dwellers. The Anasazi lived on the southwest part of this location, but the restored cliff dwellings were built using a collapsed Anasazi site. The materials were transported into pieces and assembled to resemble the original site as closely as possible.

You are welcome to touch, feel, and climb on the dwellings since this is a restoration. The Anasazi people and their way of life are described in notes scattered around the Museum, but the explanation for their departure is unknown today.

Bent’s Old Fort is a fort built-in 1833 in Otero County, Colorado, in the United States. A company founded the fort. The company is said to be owned by Charles Bent and William Bent. The fort was built to exchange buffalo robes with Southern Cheyenne and Arapaho Plains Indians and trappers. It would be best if you visited this place to experience the epic history of Colorado. 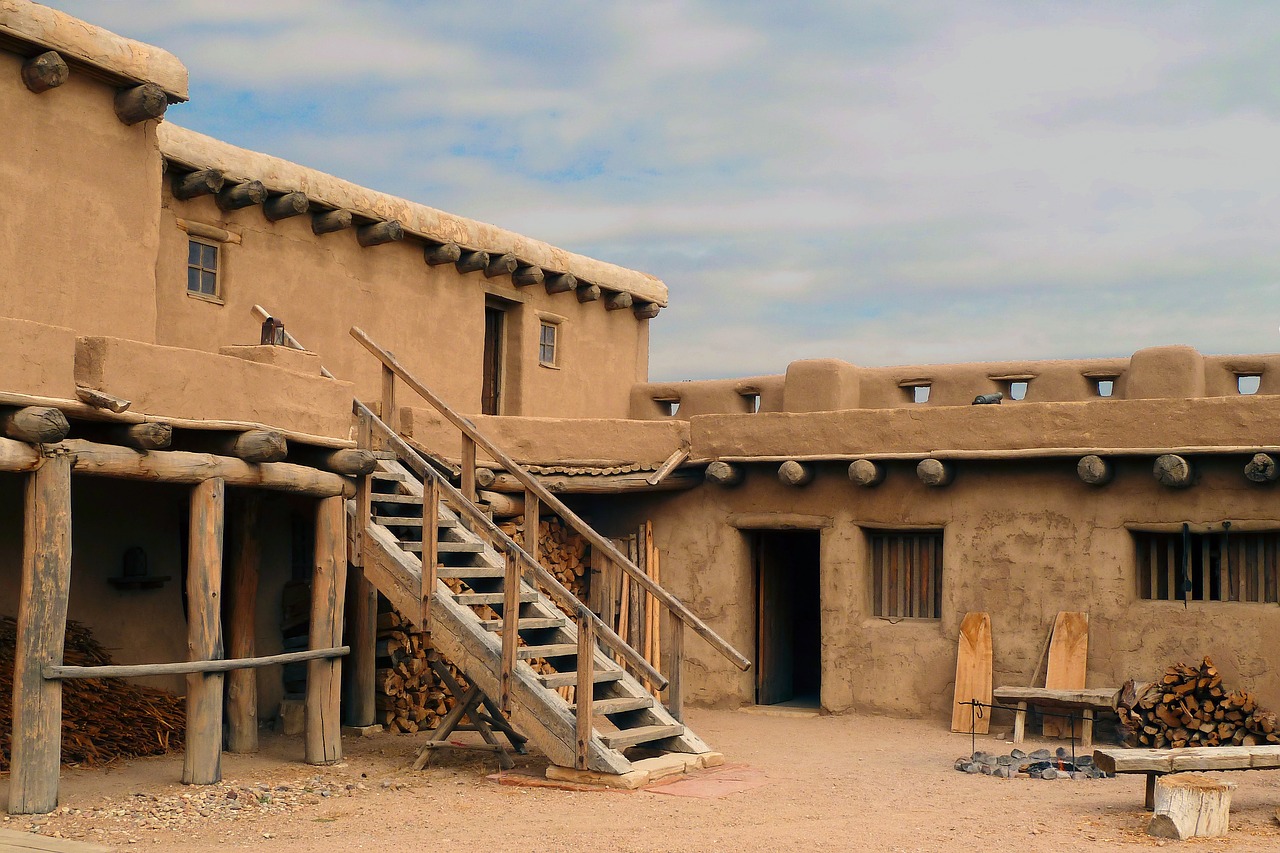 The fort was the last significant American settlement on the Santa Fe Trail. It had historical pieces of evidence of Missouri and the Mexican territories also. The fort was about 16 years old. In 1849, it was demolished. It has been reconstructed now. On June 3, 1960, the National Park Service named the fort’s location as a National Historic Site. Later that year, on December 19, 1960, it was designated as a National Historic Landmark.

Hovenweep National Monument is a true gem of wisdom and knowledge. It includes a group of six village groups founded by ancestral Puebloans that have walls, cliff dwelling, castles, and more, marking a region occupied for tens of thousands of years. These structures, which resemble mediaeval European designs, attest to the indigenous peoples’ superior masonry abilities. This place depicts how historically rich Colorado is. 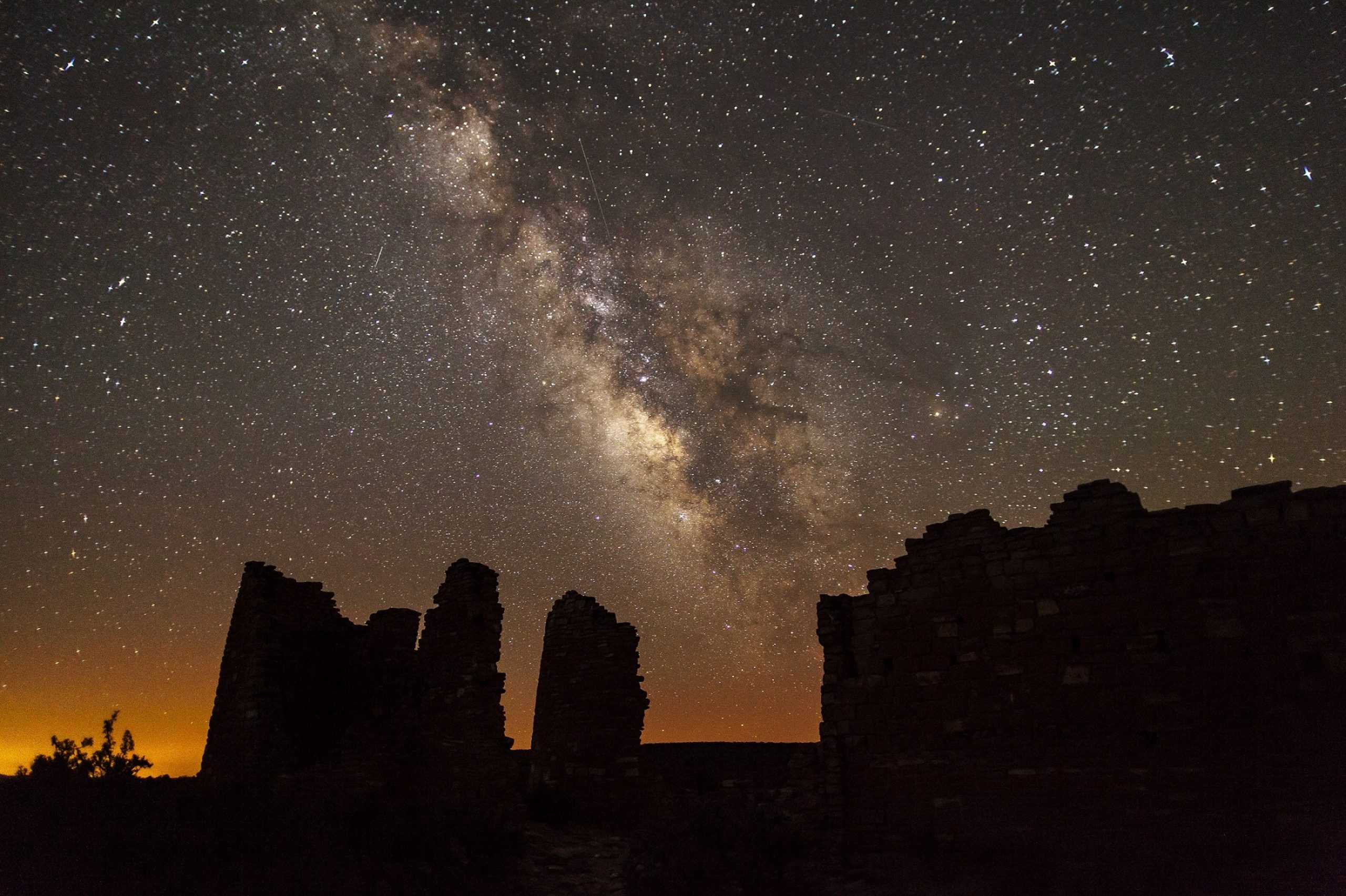 Keep an eye out for petroglyphs and try to decipher the rock art during your tour. To discover the attraction, choose from three hiking trails or stay in the onsite campground and hike all three paths in a few days. Drop by the visitor’s centre for maps and to watch the educational film for more information before heading out on the trail.

Bishop Castle is a wonderful attraction in central Colorado described as an elaborate and complicated one-person project named after its creator, Jim Bishop. If you are in town, visit this beautiful roadside attraction to witness the rich history of Colorado. The castle is situated in the San Isabel National Forest. The Wet Mountains of Southern Colorado surround it. It is also close to the State Highway of Colorado. 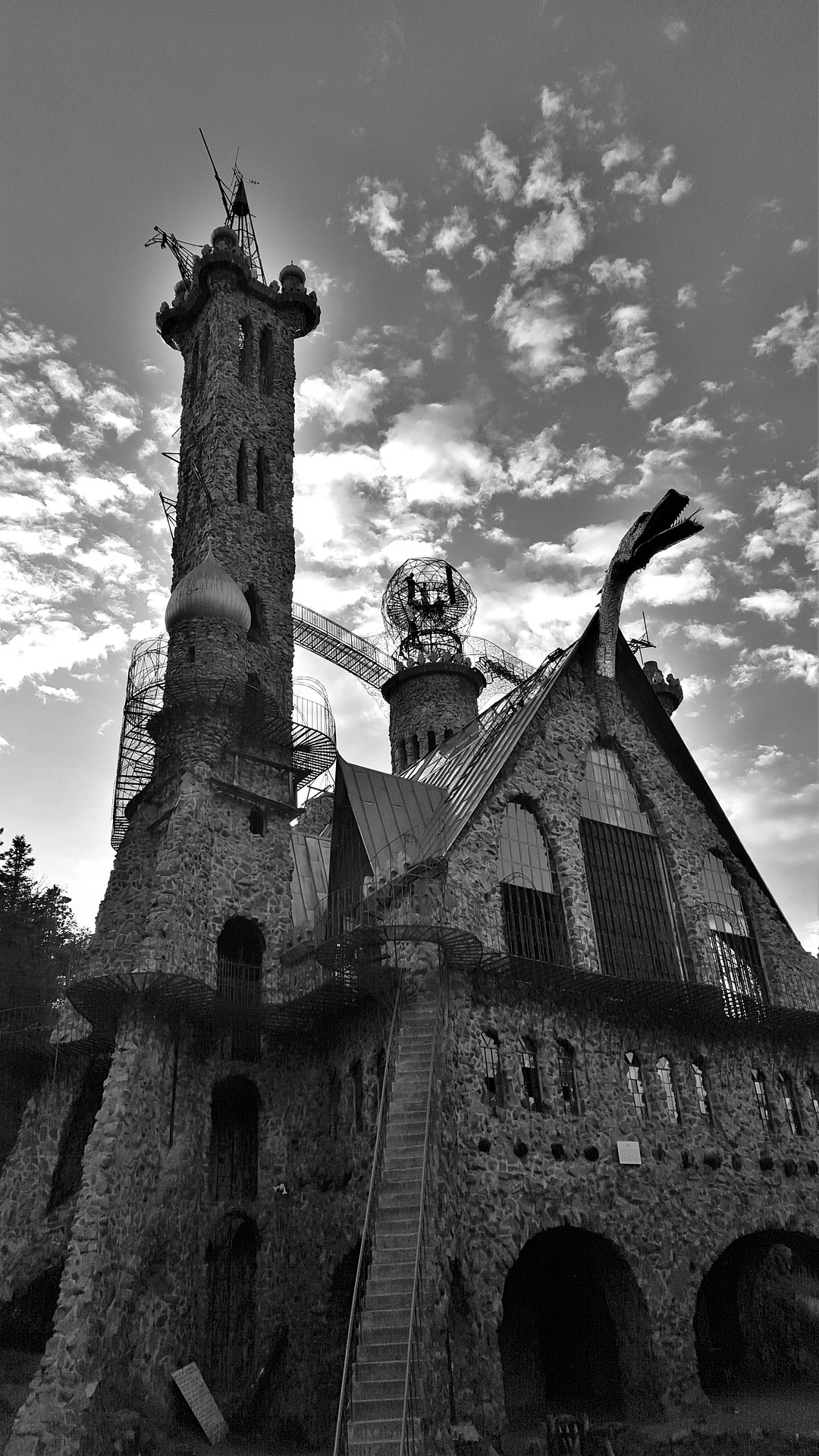 Glen Eyrie is one of the few places in the world rich in both history and spirit! Glen Eyrie was a technological marvel for its day. It is said that the castle featured electrical power and some of the first installed telephones in the West. This breathtaking fort has been built by the Civil War hero William Jackson Palmer, also the founder of Colorado Springs. 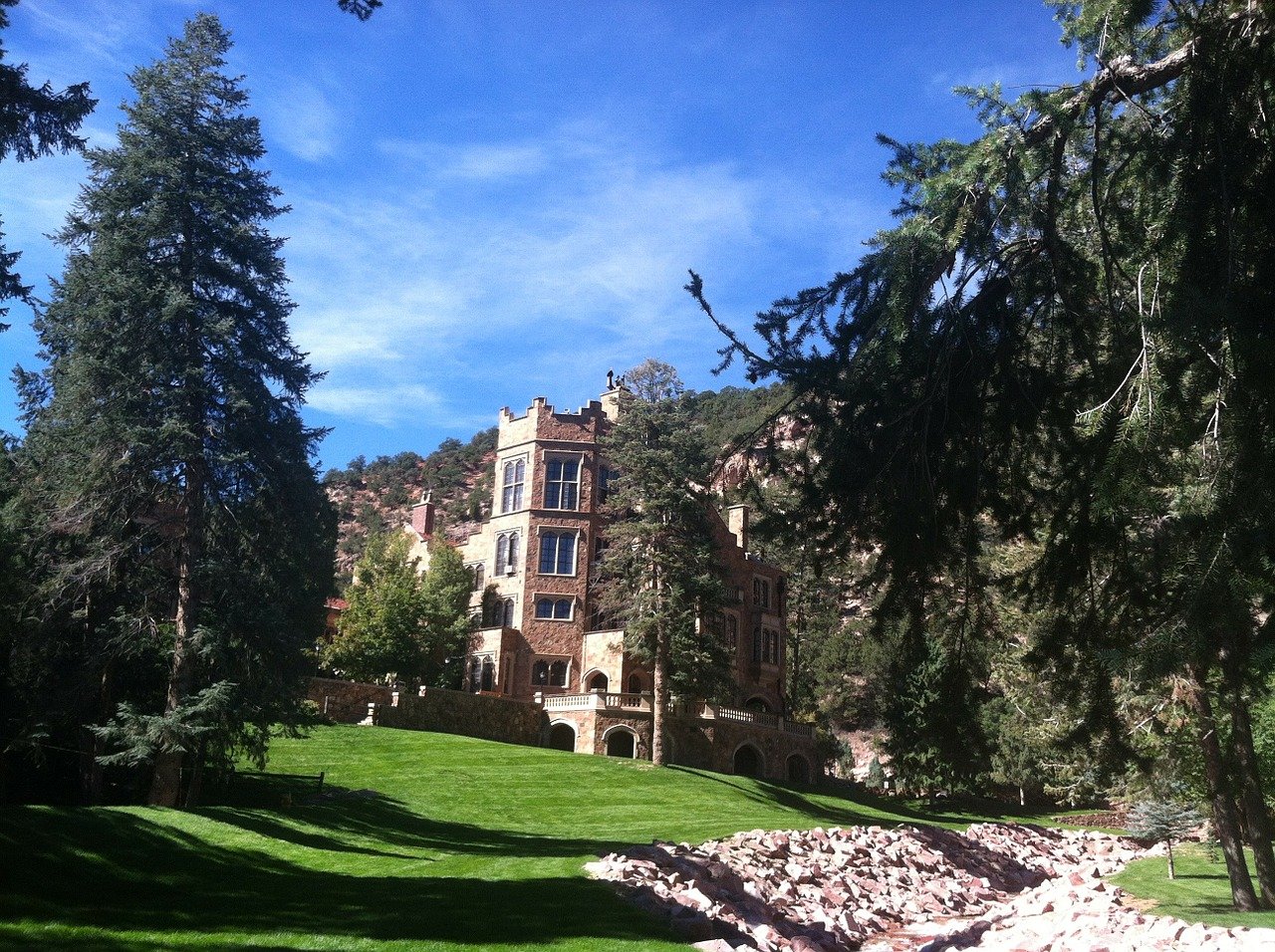 Since purchasing Glen Eyrie in 1953, the Navigators have continued to use the quiet and majestic grounds as a place of peace and relaxation for numerous missionaries and honoured guests like you. 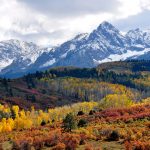 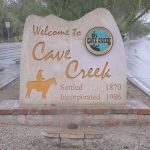 10 Best Weekend Getaways From Scottsdale (2022) Next 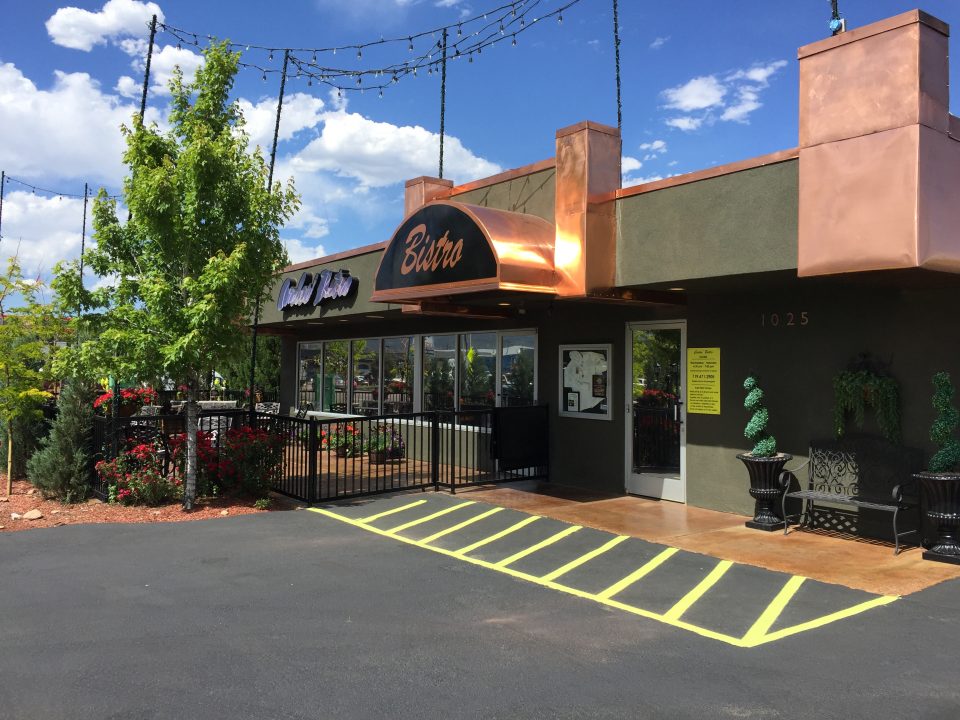 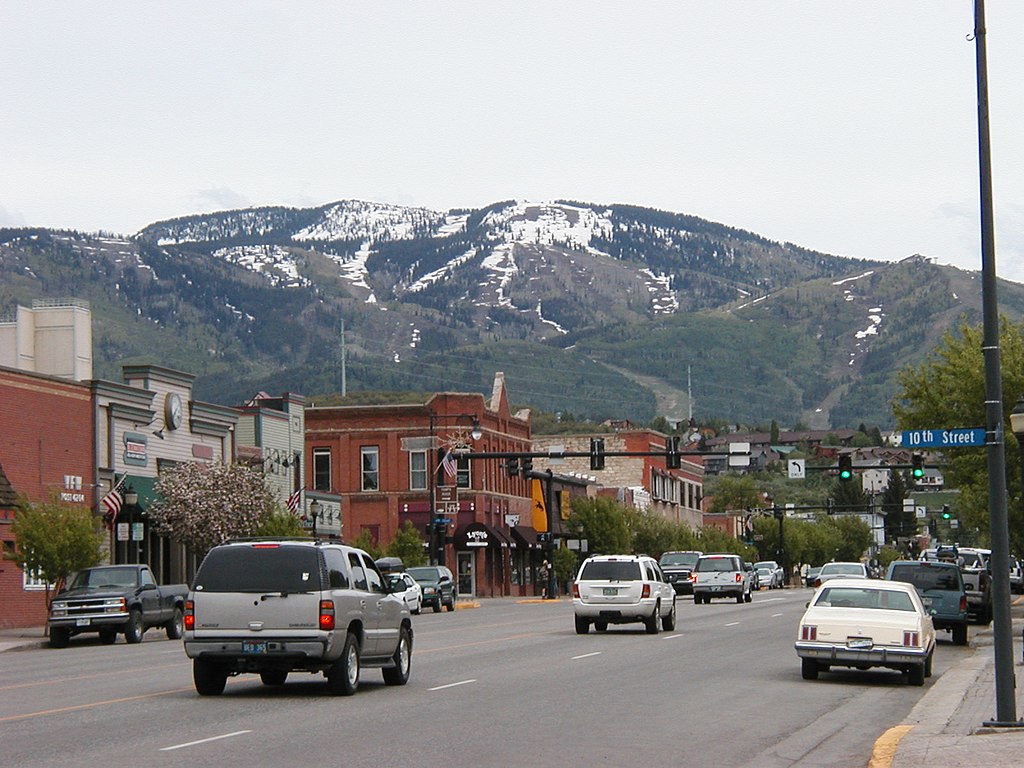 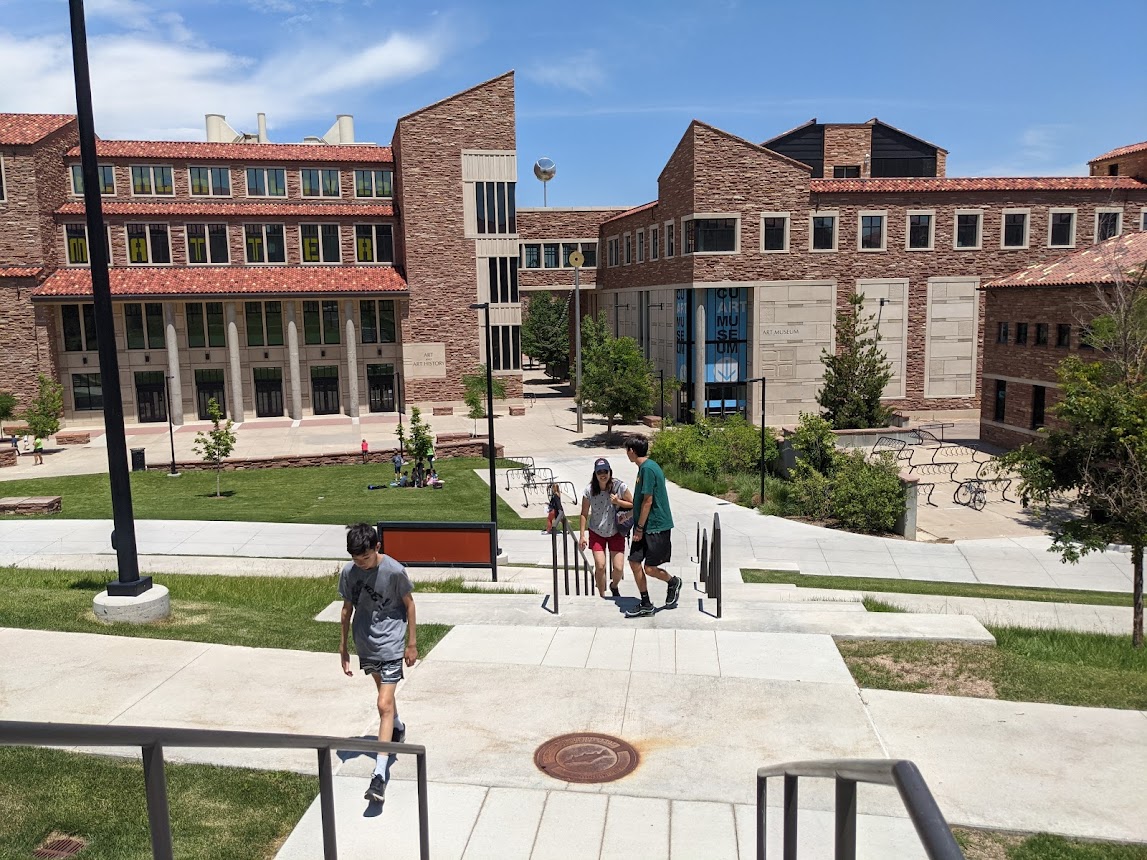