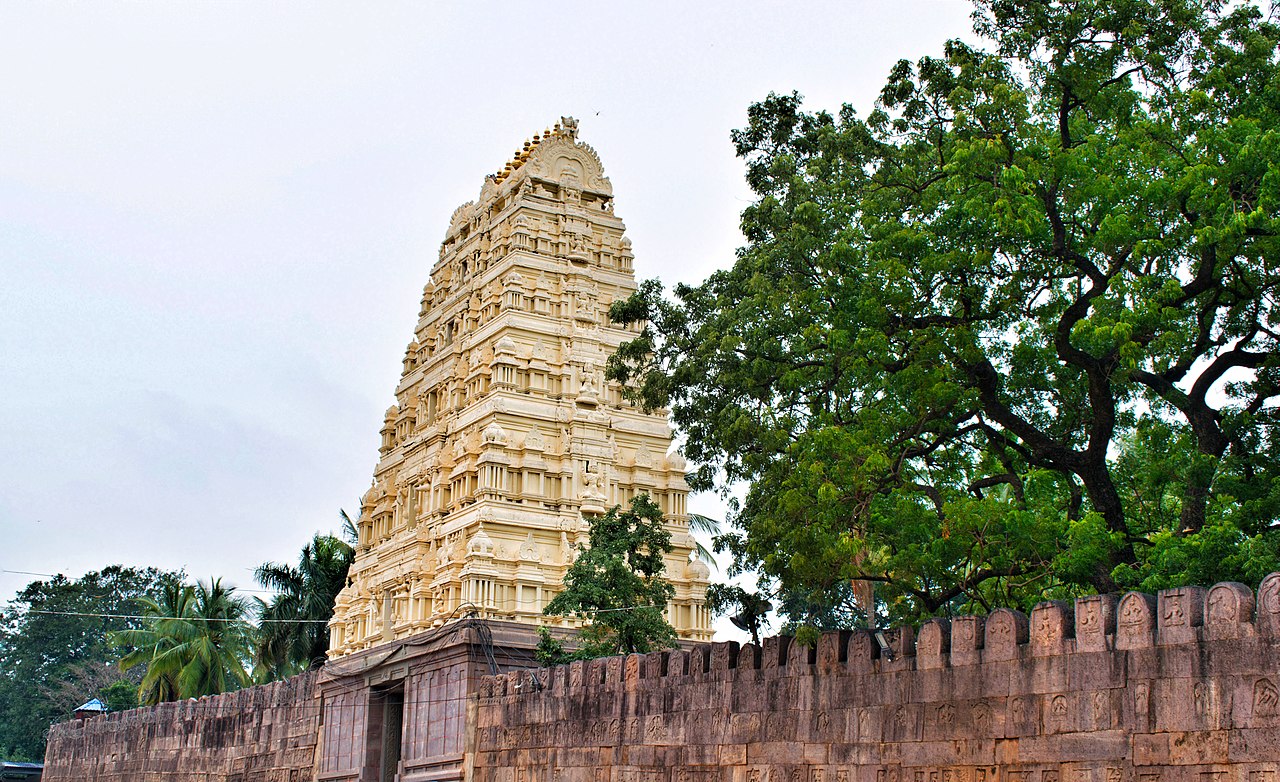 Visit Siva Mallikarjuna Temple in Srisailam: One of the 12 Jyothirlingas and 18 Shakti Peethas in India (2022)

One of the most prestigious and important places that you can visit while on a trip to Srisailam is the stunning Siva Mallikarjuna Temple. The temple is known and referred to as popularly throughout the country by various names such as Sri Bhramarambha Mallikarjuna Temple, Sri Mallikarjuna Swamy Temple, Mallikarjuna Jyotirlinga or simply as Srisailam temple. Every year, visitors, devotees and pilgrims from almost every nook and corner of the country come to Siva Mallikarjuna temple in Srisailam to pay their offerings and seek the blessings of the almighty. Out of the 12 important and holy jyotirlinga, Sri Mallikarjuna Swamy temple is dedicated mainly to the deities Shiva and Parvathi. Being one of the twelve jyotirlingas of Lord Shiva, the temple is significant to the Hindu sects of both Shaktam as well as Shaivam. Other than that, Siva Mallikarjuna temple in Srisailam situated at the top of the mighty Nallamala Hills, is also believed to be one of the eighteen Shakti Peethas of Goddess Parvathi. While Lord Shiva is worshipped as Mallikarjuna and is represented by the lingam, his consort Goddess Parvathi is depicted as Bhramaramba. The hill on which the temple is located is known by a number of names other than Nallamala hills such as Srigiri, Siridhan, Sri Parvatha, Srinagam and so on. The main deity of the temple of Lord Mallikarjuna Swamy is believed to be self – manifested.

Though there are numerous legends surrounding the history of Siva Mallikarjuna temple in Srisailam but the most popular one says that Lord Shiva and Goddess Parvathi came down to Srisailam to pester their elder son Kartik who left their home, the Kailash mountain, as he was disheartened when he lost the contest to his brother Ganesh. Aware of the fact that his parents were following him, he decided to flee further away from the town but in order to stay closer to their son, Shiva and Parvathi stayed at Srisailam with the names of Arjun and Mallika, thereby giving birth to the name of the temple Mallikarjuna. This temple holds a significant and precious place not only in the Hindu mythology but also in the heart of every pious Hindu.

The existence of Sri Mallikarjuna Swamy Temple in Srisailam dates back in history since ancient times. Several mentions of the temple can be found in a number of inscriptions as well as historical findings that date back to a time in history as early as to about 2nd century AD. It is highly believed that kingdoms such as Chalukyas Kingdom (624 AD to 848 AD) and Kakatiyas (953 AD to 1323 AD) have a great contribution in the development of this temple. Although built much earlier in time, but it is believed that some of the major renovations of the Mallikarjuna Jyotirlinga temple in Srisailam happened during the reign of Vijayanagara from 1336 to 1678. For instance, it was during the Vijayanagara rule that the Mukha Mandapam of the Mallikarjuna Temple along with a gopuram on its southern side were built. However, Salu Mandapas as well as Rajagopuram were further built during the rule of Sri Krishnadevaraya. Construction of these seemed to increase the grandeur of this ancient temple manifold. It is also believed that several significant renovations in Siva Mallikarjuna temple in Srisailam as well as the revival of temple festival also happened later in 1674 under the guidance of King Chhatrapati Shivaji. 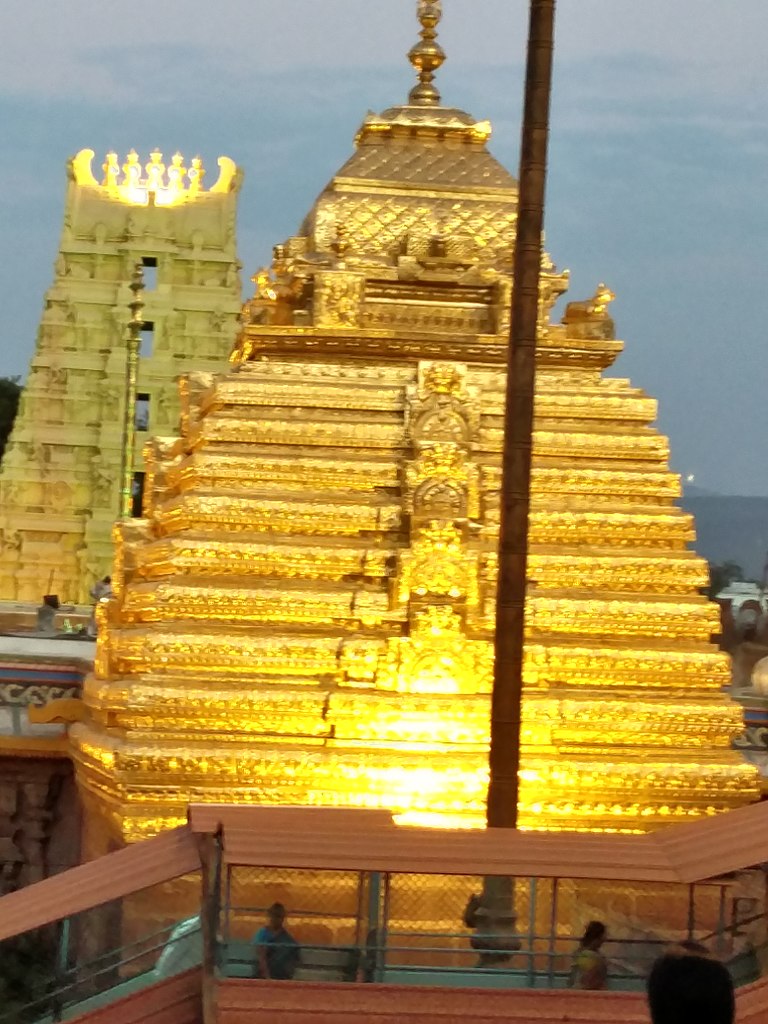 The main temple of Sri Mallikarjuna Swamy temple in Srisailam is constituted of huge complex. This huge temple complex further has two separate shrines for Lord Mallikarjuna as well as Bhramaramba Devi along with many mandapams, halls with mighty pillars and a plenty of other small shrines such as Sahasra Lingeswara, Veerabhadra, Vriddha Mallikarjuna, Arthanariswara, Umma Maheswara and so on.

The inner courtyard of Siva Mallikarjuna temple in Srisailam comprises of nine temples which are collectively known by the name of Nava Brahma temples. There is a majestic wall made up of stones surrounding the temple complex and has four main gates that are known as dwaras.

At the centre of the inner courtyard there is the precious Sri Mallikarjuna Swamy Temple. Not completely separated from the Mukha Mandapa or the Maha mandapa, there lies the Antharala which comparatively sports a simpler structure. With pillars on both of the sides, it creates an entrance like structure. With an impressive entrance, Garbalaya is a 60 square feet structure, while in its centre is the self – manifested jyotirlinga.


Festivals at the Temple:

Though the temple is open to visitors throughout the year but when visited during a festival, the charm of the darshan improves significantly. The seven days long festival of Maha Shivaratri Bhramotsavam is one of the most popular festival of Mallikarjuna temple and is celebrated during the month of February of March. Some other important festivals that are celebrated at the temple are Ugadi festival, Dussehra, Kumbhothsavam, Arudrothsavam, Sravananamosothsvams, Devi Sarannavaratrulu, Sankranthi Utsavams and Katheeka mahothsavams. 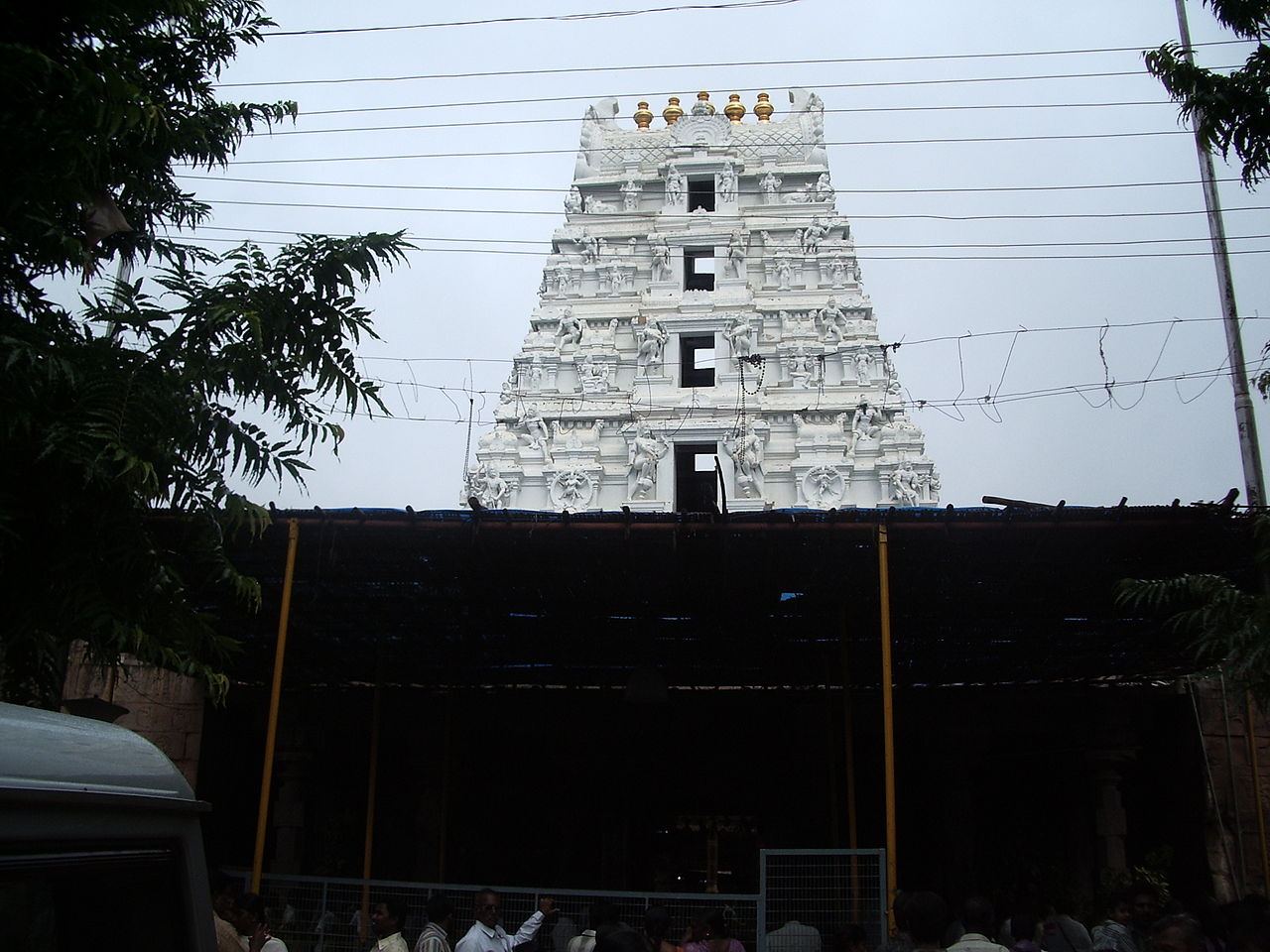 How to Reach Siva Mallikarjuna Temple in Srisailam?

By Road: Regular bus services operate to and fro from the city of Srisailam on a regular basis. You can easily find one no matter whether day or night, even from places such as Hyderabad, Visakhapatnam, Nellore, etc. If you prefer more private vehicles, then you can also take a cab or taxi.
By train: Though there is no direct rail connectivity to Srisailam but it is still not much difficult as the nearest railway station is in Cumbum district that is about 60 km away from Srisailam. From here you can get both a regular passenger train as well as express trains.
By Air: As of now, there is no direct flight connectivity to Srisailam. The nearest airport is the Rajiv Gandhi International Airport in Hyderabad which is about 195 km away from Srisailam. From airport, you can hire a taxi or a cab to reach the destination.

Located near Sri Sailam Devasthanam, this is ideal destination for travellers visiting the temple. The hotel features a plethora of services including even an in – house restaurant that serves delicious food. A variety of payment methods are offered here for the convenience of guests.

Celebrated as on of the best in the city, the hotel has a strategical location. Praised for its warm hospitality and various services, the hotel offers a variety of payment methods to ease out the process for customers. The environment is great and the prices are pretty reasonable as well.

Located at a distance of about 3.4 km from the Mallikarjuna Swamy temple, this hotel with its shimmering water bodies, flowerbeds, water fountains, pretty lawns and delicately paving sculptures, is a pure beauty to reside. It is fully equipped for both entertainment as well as leisure for guests of all ages. A plethora of top – quality services are offered here too.

Located close to the Mallikarjuna Swamy Temple, this is one recent addition to the list of temples in Srisailam. With many intriguing stories and legends associated with itself, the temple even has an ashram near it. Overall, it is a fascinating experience to club visiting both the temples in a single visit.

This dam is one of the major attractions of the town as it is one of the 12 largest hydroelectric projects in India. A perfect blend of engineering genius along with mesmerising natural beauty, this dam emerging out of the greenery of the Nallamala hills is quick to leave a good impression in your hearts. 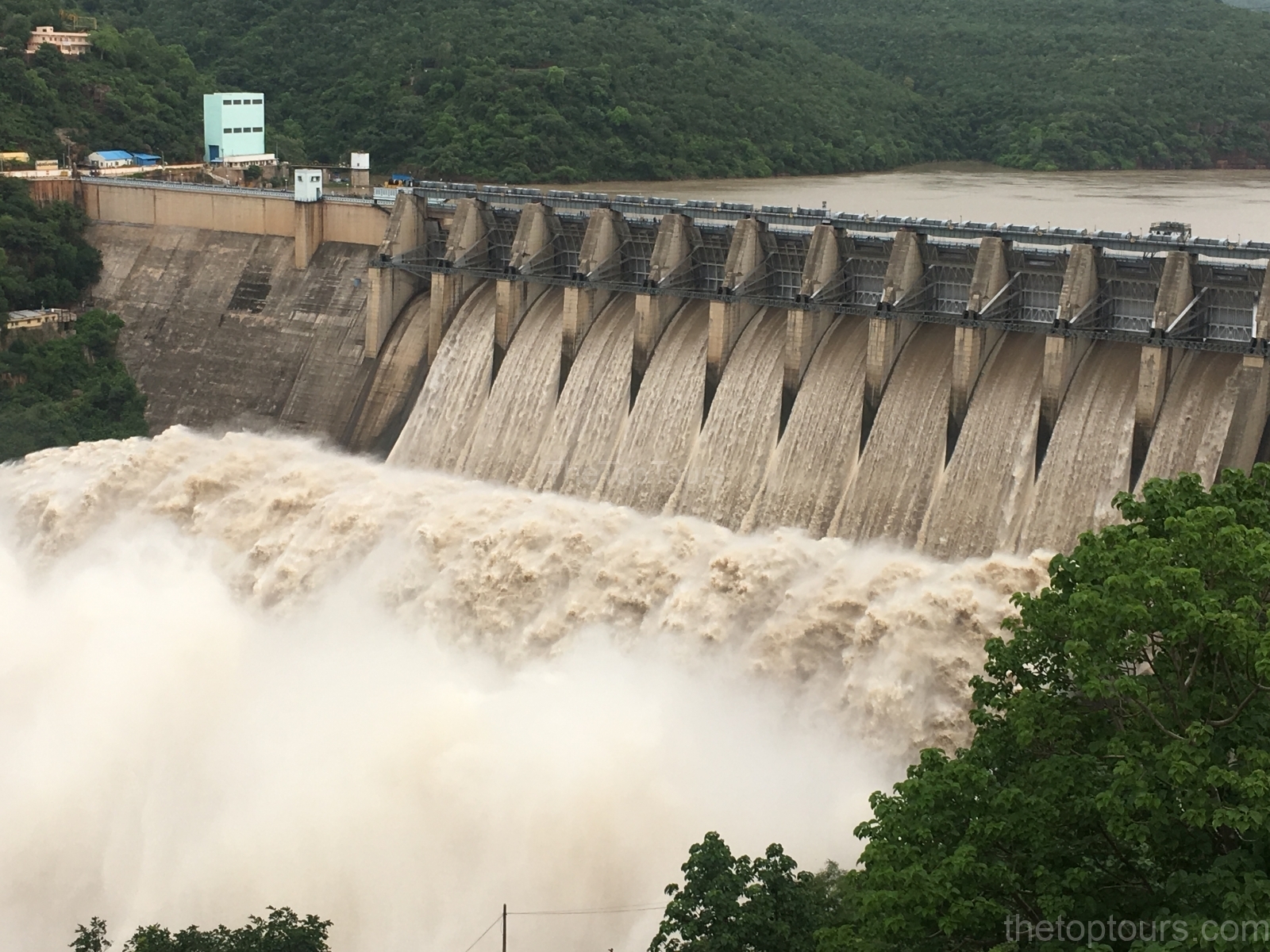 As the river Krishna goes down the hill, the area is surrounded by abundance of spirituality in the air and natural beauty on the land. As you visit the place, you not only get the chance to breathe in fresh air and enjoy the scenery around but you can also take a dip in the sacred water of the river which is believed to have medicinal properties that can heal many skin diseases too. There is a ropeway car ride too.

You will be pleased to know that this temple is one of the only three temples throughout the country in which both Jyotirlinga as well as Shaktipeeth is revered. Situated on the hill top with beautiful River Krishna flowing on its right side, the temple with its breath – taking scenic beauty is a soothing place to be. 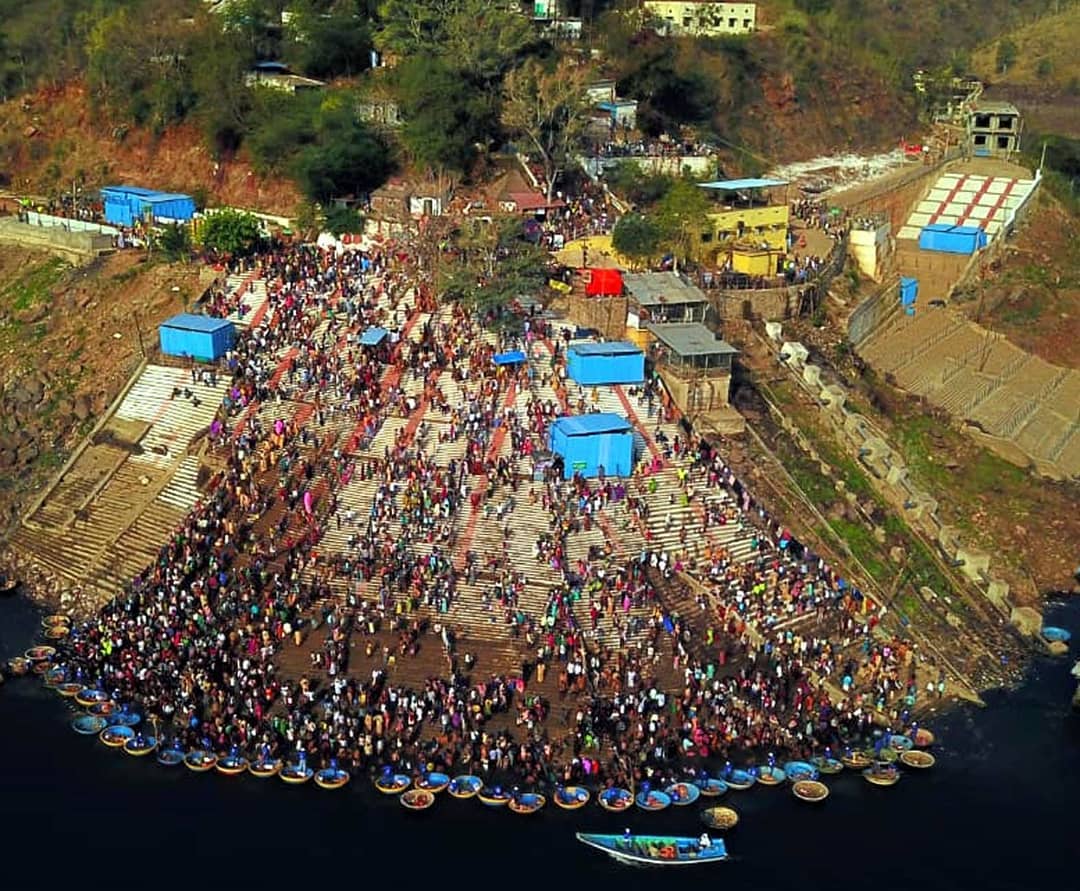 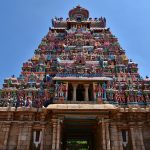 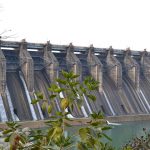 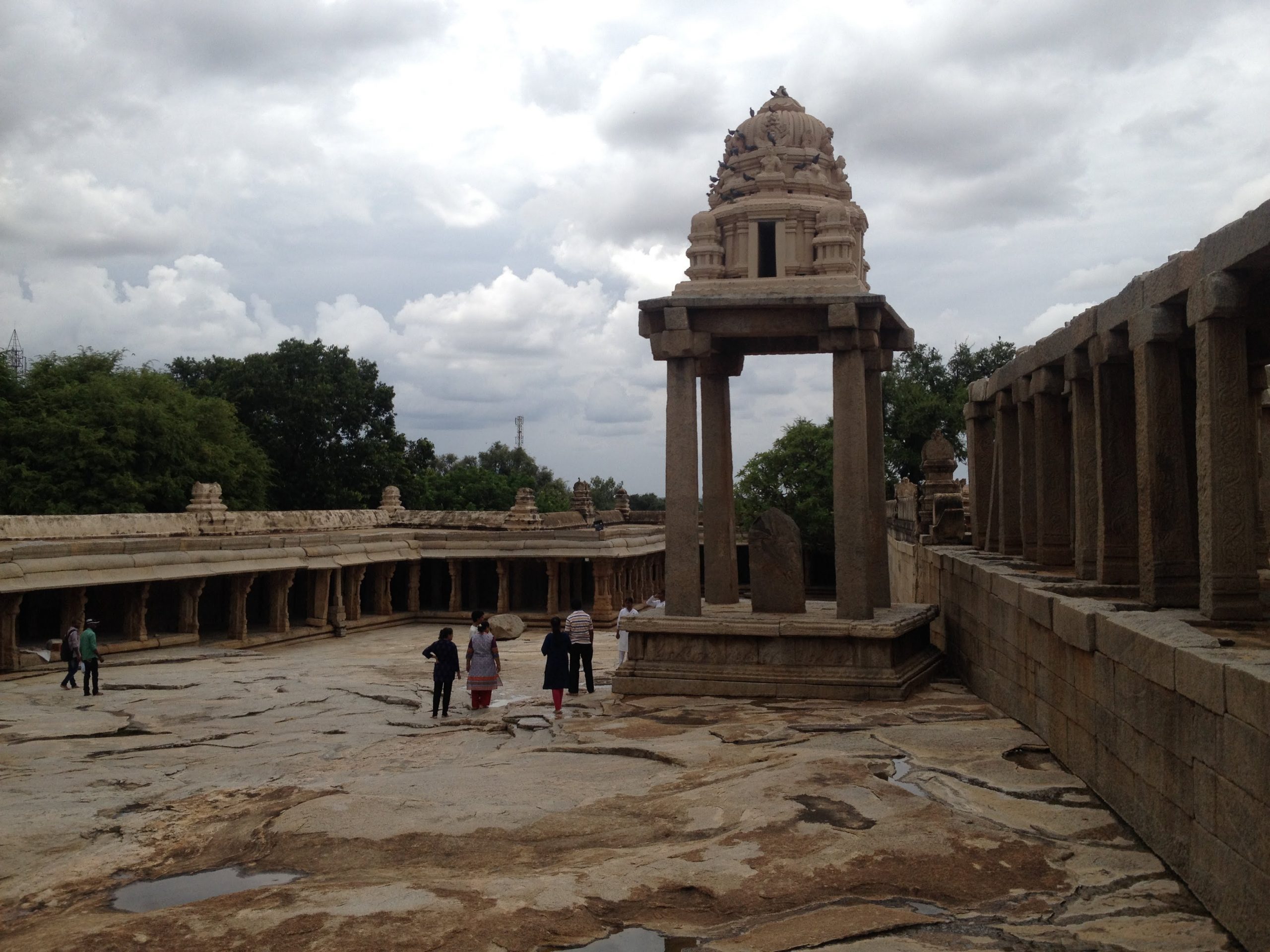 Visit Lepakshi in Anantapur, AP: The Beautiful Town From The Legends (2022) 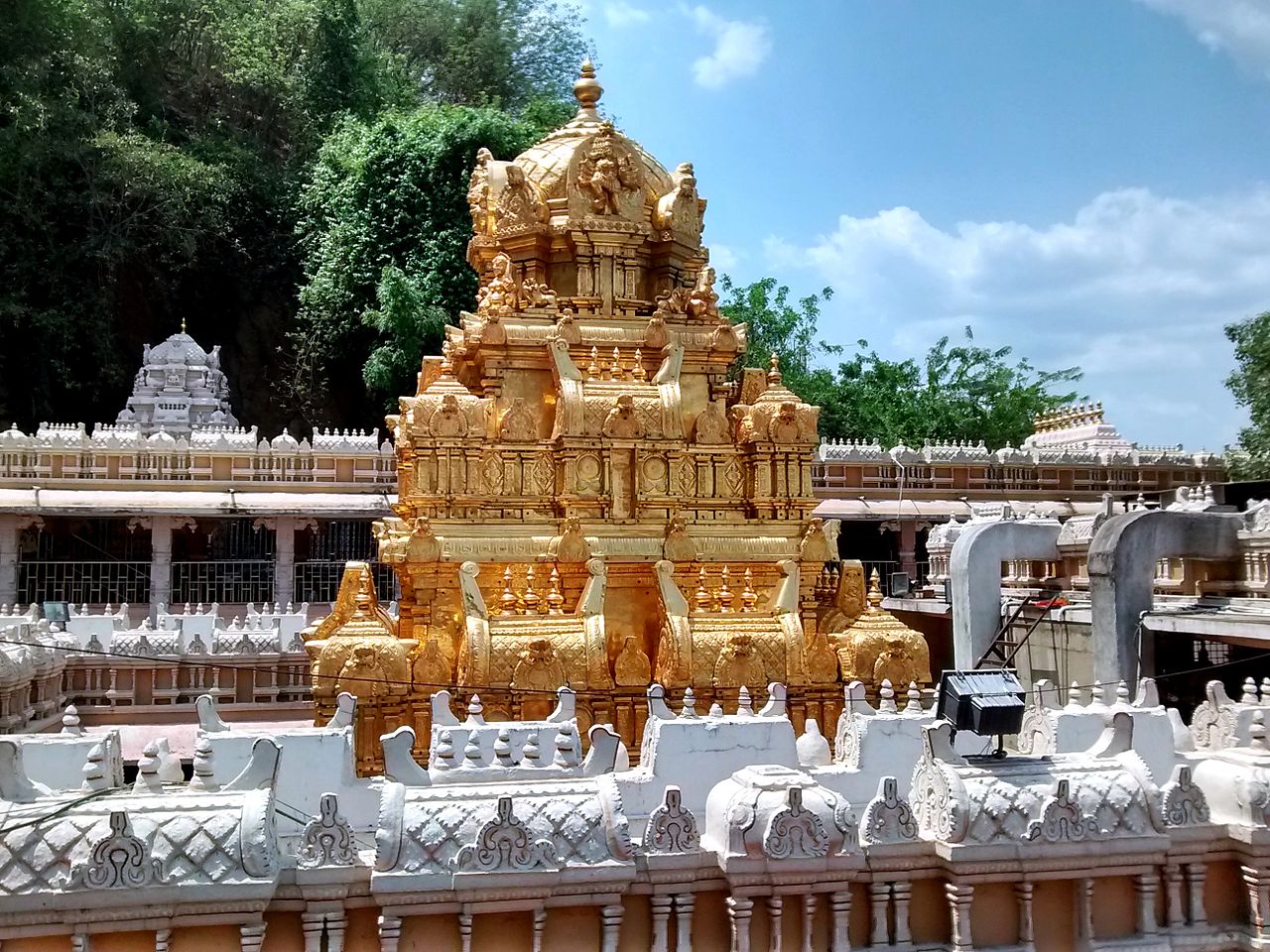