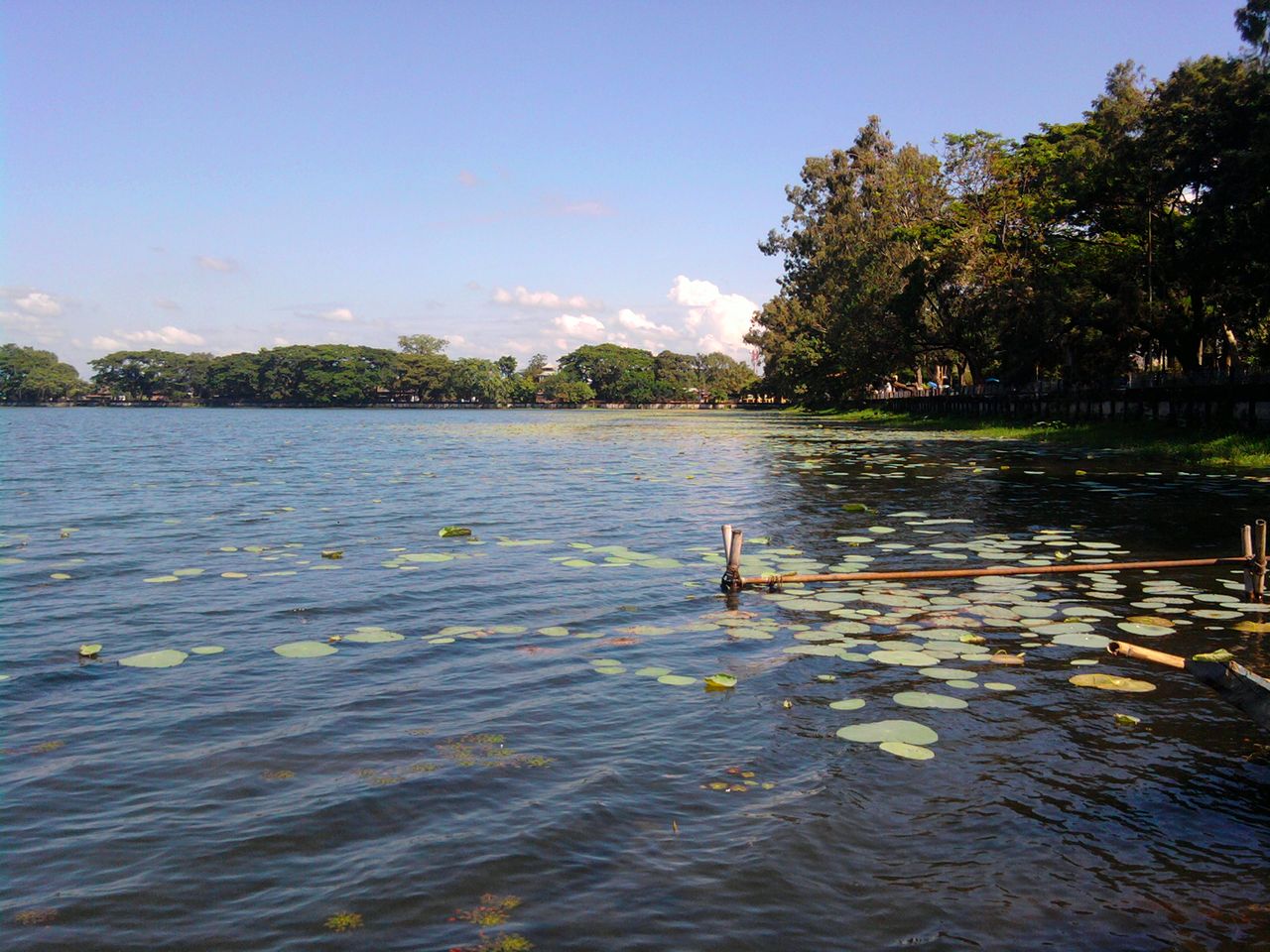 Sivasagar or Sibasagar, as it is formally known as, is one of the popular tourist destinations in the state of Assam. Serving as the headquarters of the Sivasagar district Assam, India, the city is named after the big lake by the same name which is situated right in the heart of the city.

Located in the upper ranges of Assam, Sivasagar is considered as one of the most holistic towns of the state. Owing to its exceptional location, the city is nestled amidst rich and diverse biodiversity. Sivasagar is surrounded by a plethora of historical attractions as well. The rich history of the place dating back to the Ahom dynasty, even till date visitors can get to several Ahom monuments and palaces which sport architectural brilliance. Another exclusive feature of Sivasagar which attracts a number of travellers from all over the country is the lovely ambience and the mighty hills that the place is surrounded with.

The name Sivasagar literally translates to ‘Ocean of Shiva’ and is popular for its architectural marvels, historical sightseeing attractions, numerous temples and rich culture. In short, one can say that a vacation at Sivasagar will be a fun and memorable experience. If you are also searching information about this beautiful city in Assam, then you have arrived at just the right place. In this article, we have gathered a lot of useful tips and information about the place including history, climate and even top places to visit in Sivasagar. Continue reading to know more!

You will be pleased to know that Sivasagar boasts of having a rich history. Previously known by the name of Rangpur, Sivasagar was the capital of the Ahom Kingdom from the year 1699 till 1788. It is said that the Ahoms ruled the place for as long as six centuries, until their kingdom finally fell apart to the Burmese army in the year 1819 and their ruling class was completely wiped out. In the year 1825, the province was conquered by the British forces and by the year 1826, it was completely annexed. There are also rumours that say that Sivasagar was originally known by the name of Kalansupar as it was named after ‘Kalansu Gohain’ who was a resident of the village that originally existed in the same place where today you can see the famous Sivasagar tank. Till today, one can go around the city of Sivasagar and see a lot of sightseeing attractions that tell tales of their historical past.

When it comes to sightseeing attractions, there is no dearth of them in Sivasagar. No matter whether you are interested in regular sightseeing, historical attractions or religious temples, you will find them all nestled in this beautiful city. Since, the city is surrounded by Dehing rainforest, you can experience lush greenery all around too. Some of the top sightseeing places to visit in Sivasagar for you are:

Boasting of being one of the oldest surviving amphitheatres in the entire Asian continent, Rang Ghar located near the Rangpur Palace is referred to as the ‘Colosseum of the East’. Situated at a distance of about 3 km from Sivasagar town, the name Rang ghar literally translates to mean house of entertainment. It is believed that the establishment of the place dates back to 1746 AD when the present – day Assam was ruled by the Ahom dynasty. Though today the condition of the monument is a bit fragile due to frequent earthquakes and seismic surveys, it still reflects architectural brilliance and mesmerising grandeur of the past times. Despite the presence of about 35 noticeable cracks on the wall, it is the splendour and magnificence of this two – storey building that make it one of the top attractions to visit in Sivasagar, even till today. 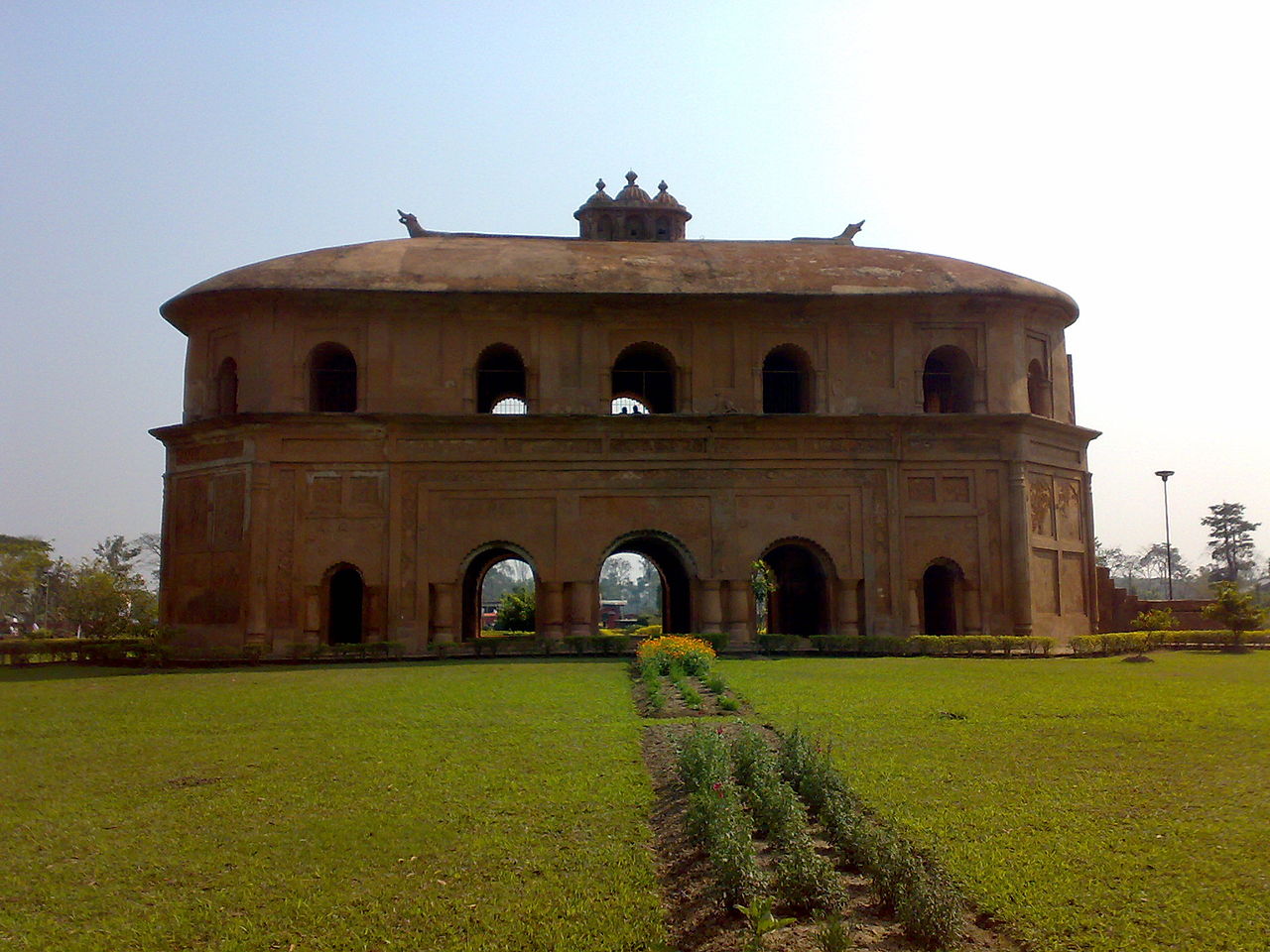 Located at a distance of about 5 km from the heart of Sivasagar city, Joysagar is basically a man – made lake. It not only is considered as one of the prime attractions of Sivasagar area but also boasts of holding a lot of historical significance. Built in the year 1697 by an Ahom King, Swargadeo Rudra Singha in the memory of his mother, Joysagar sprawls over a vast area making it one of the largest man-made lakes in the entire country of India. The fact that it was also the largest man – made lake constructed by the Ahom Kings in Assam, the place catches the attention of many. You will be pleased to know that the northern bank of the lake houses a series of temples which are frequented by local people on a daily basis. Picturesque location, historical significance and spiritual aura, Joysagar is the perfect place to visit for all. 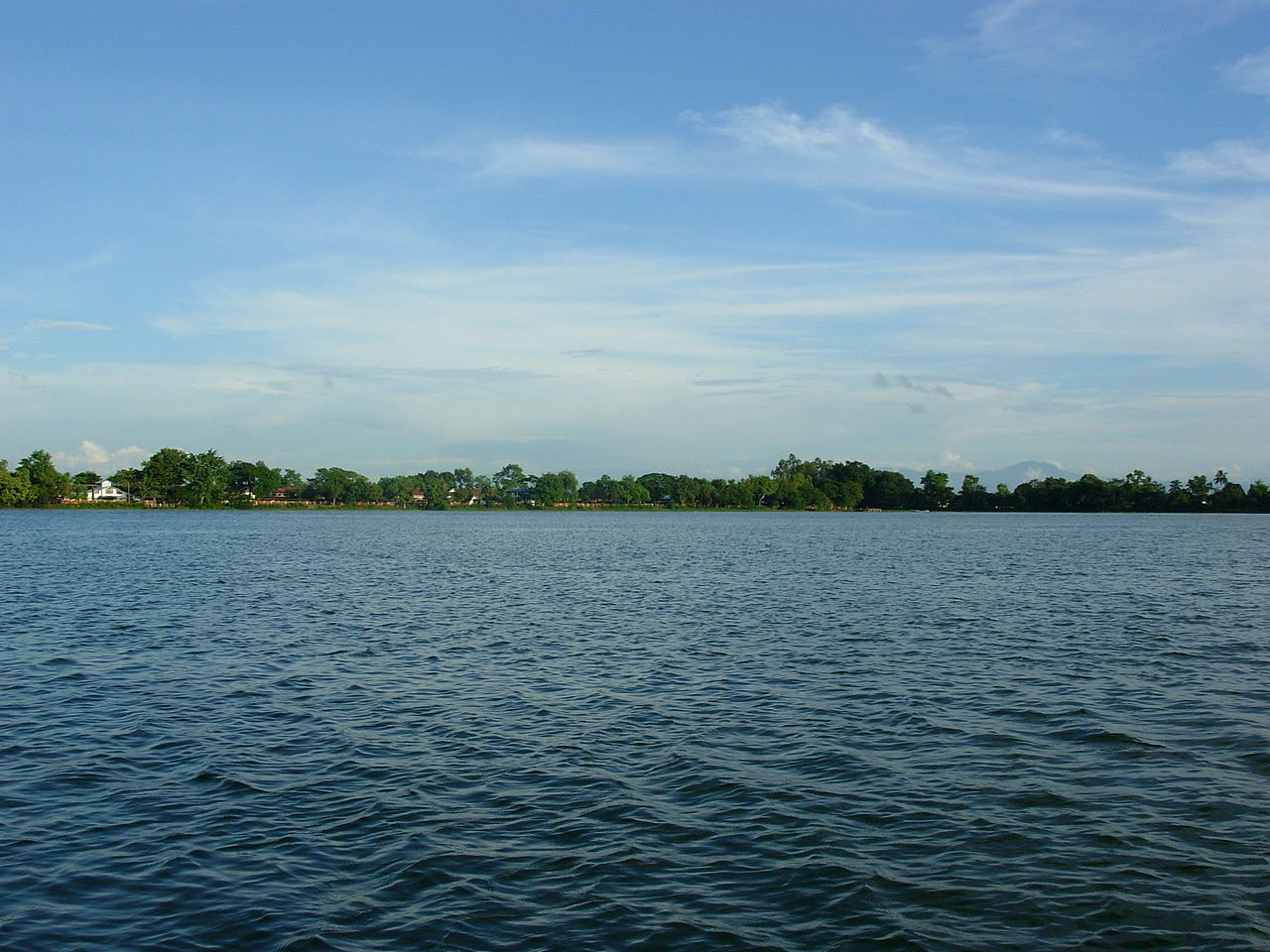 Boasting of being the tallest Shiva Temple in the entire North East India, this temple located in Sivasagar district is not only of the popular attractions to visit in Sivasagar but also a popular pilgrim spot in the country of India. Sporting a height of about 104 feet, it is the highest temple in India too. One can notice a massive dome on top of the Shiva Dol which is known by the name of Kosoloi. You will be surprised and shocked to know that this part of the temple is entirely made up of pure gold. Moreover, other than this, the temple is also considered as a piece of architectural brilliance. You can notice that the pillars as well as the walls of the temple sport delicately carved engravings displaying a plethora of Hindu Gods as well as Goddesses. This masterpiece created by the kings of Ahom dynasty does not fail to impress its visitors even till today. 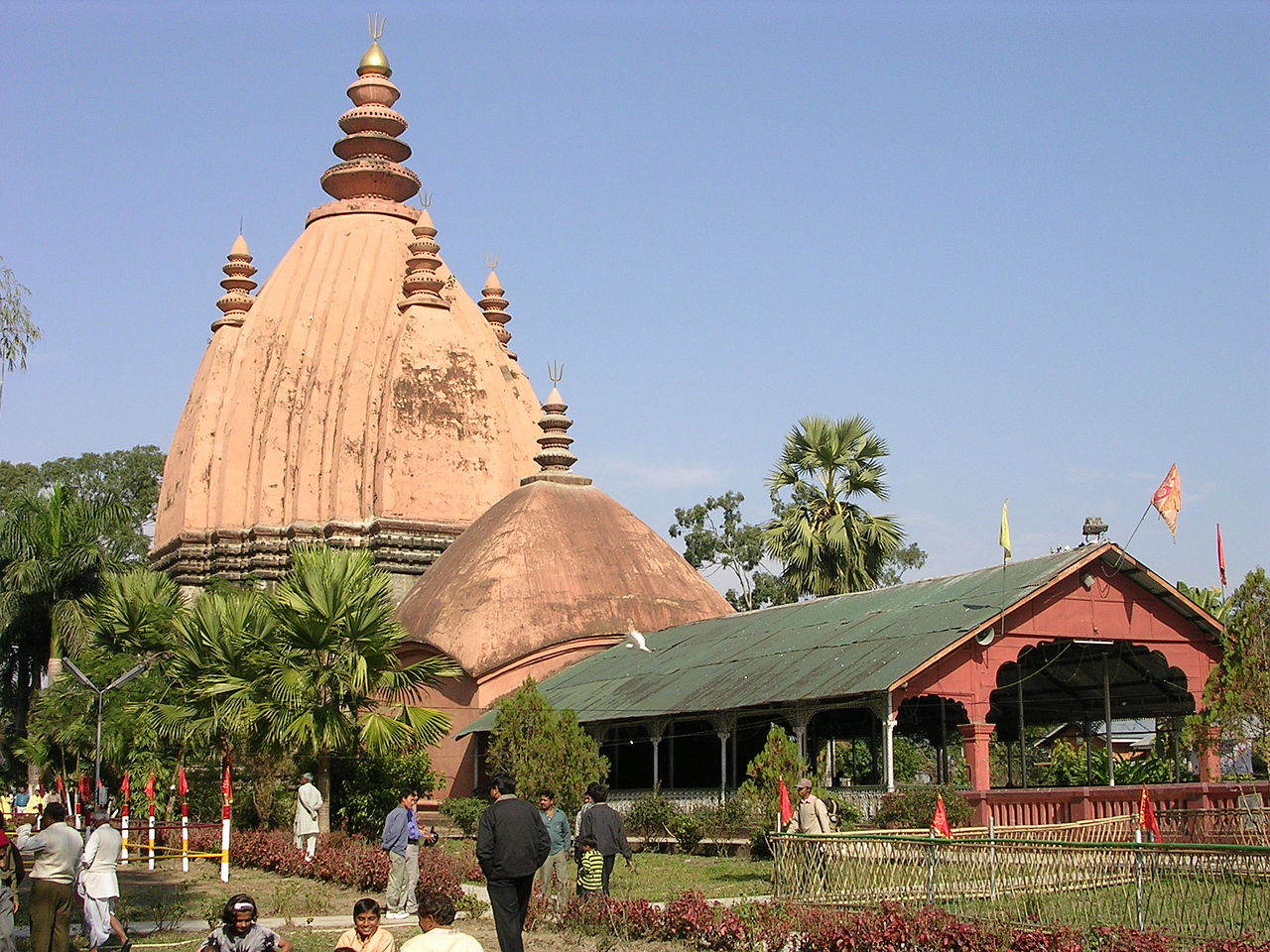 With its booming tea and oil industries as well as exciting sightseeing attractions, Sivasagar is a perfect destination for a vacation for almost all kinds of travellers.

Q1. What Is Sivasagar Famous For?

Ans. The area is immensely popular for its plethora of historical monuments, rich cultural heritage and architectural beauty.

Q2. Who Should Visit Sivasagar?

Ans. Sivasagar is a perfect vacation destination for all the history buffs, nature lovers, religious people or all those people who wish to know more about the history of Assam.

Q3. What Is The Local Food Of Sivasagar?

Ans. The cuisine available here is seasoned with a variety of beneficial herbs and is actually delicious. Rice is an important part of all the meals. Some of the prominent local dishes that you can taste here are Tenga, Pitika and Khar. Popular local snacks include Laru, Jolpan and Paan. 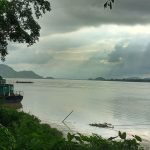 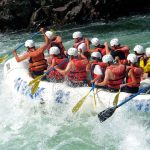 Visit Tattapani: Places to Visit and Activities to Do In Tattapani, Stay Options, Food, Best Time to Visit (2023) Next