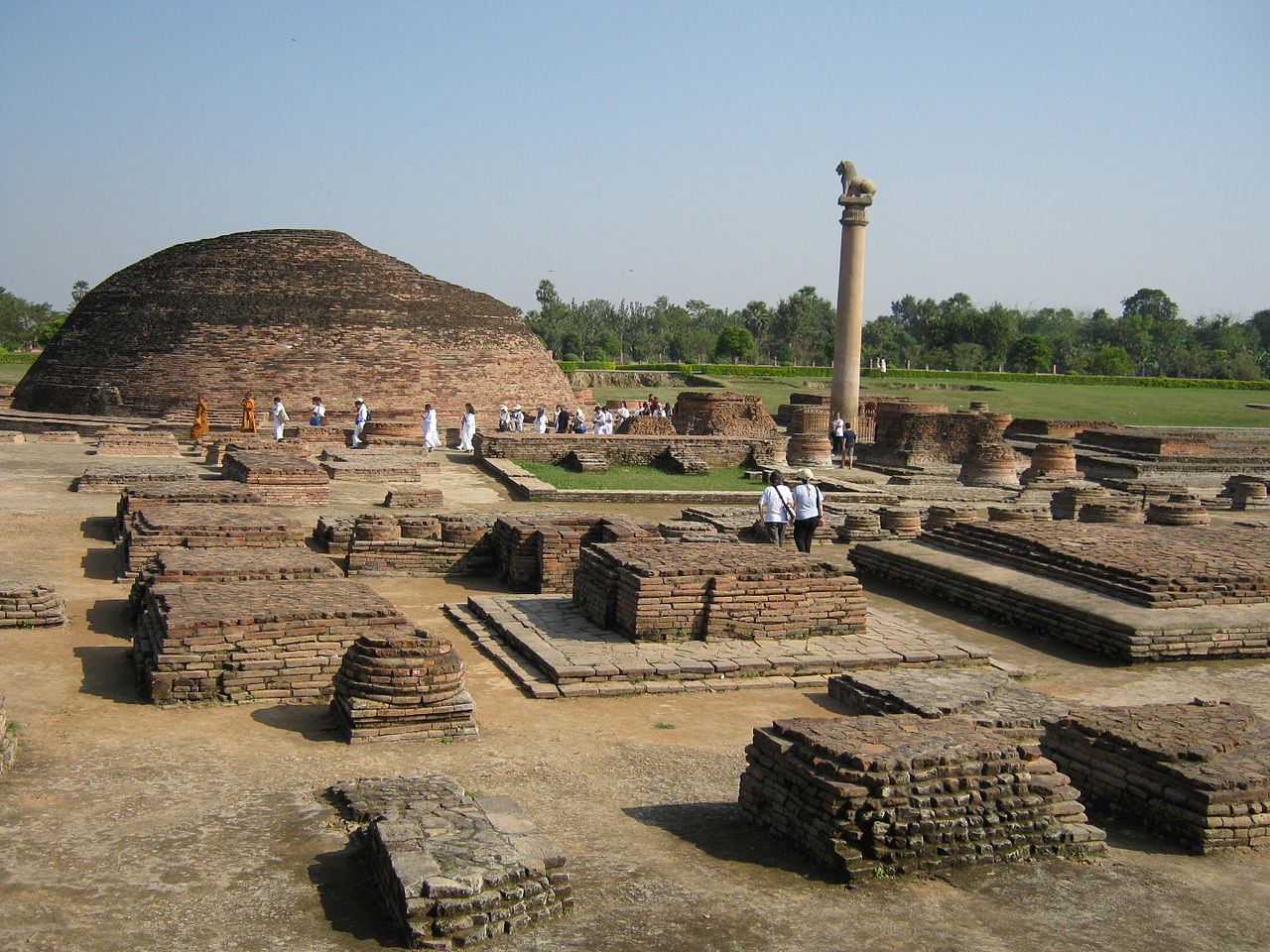 Vaishali is one of the most exciting places in India. This small town from Bihar is quite well known to the Jain, Buddhist, and Hindu community because it is quite significant to the people of all the said religions. Apart from being the birthplace of Lord Mahavira, Vaishali was also the home to Lord Buddha. You will also notice the mention of the town in the Indian epic Mahabharata. The name Vaishali is derived from King Vishal, who played a significant part in the Mahabharata. As Lord Buddha spent a significant amount of time over there, emperor Ashoka founded some Vaishali pillars. That is why the town is so sacred to the Buddhist people.

It is also believed that the Hindu God, Lord Rama, visited the town. Vaishali is a unique town in Bihar that is so important to different religious sects. Apart from religious importance, Vaishali is also pretty historically significant. The first democratic republic of the world is said to be created in Vaishali in the 6th century BC. During that time, Vaishali was the most important place of trade and industry. Emperor Ashoka first started his preaching of Buddhism in Vaishali in Bihar after the battle of Kalinga. Now, there are many important places to visit in Vaishali.

If you plan on going to Vaishali, you will be lost if you do not plan the trip from beforehand. By studying this blog, you will get to know about the best places to visit in Vaishali in Bihar. As the town is located only 38 km away from Patna, you will have no problem is reaching there. You can go there by planes or trains from different major cities of India quite quickly. There is also a railway station located in Vaishali. Hence you can reach there through a train from many places in India without any problem.

Top 7 Most Important Places To See In Vaishali, Bihar

The places mentioned in the following part of this blog are quite significant in India. These places will help you know about the ancient dynasties and administration of India in depth.

We all know that emperor Ashok constructed many pillars throughout India and different parts of the world to preach Buddhism, but one of the most important pillars constructed was in Vaishali. Alexander Cunningham identified this pillar, and it is both mythologically and historically significant in India. Most importantly, the Ashokan pillar in Vaishali is of utmost importance to the Buddhist community. Unlike the other pillars by emperor Ashok, this pillar in Vaishali does not have any inscription. As the pillar is over 18.3 meters high, it is pretty noticeable from a considerable distance. The most noticeable point about this pillar is the massive idol of a lion placed on top of the pillar. That is why local people call this pillar ‘the lion pillar.’ Moreover, the pillar is situated by the Kolhua brick stupa, where Lord Buddha’s last sermon was performed.

Even if you are not interested in history or religion, you will enjoy seeing this pillar as an extraordinary archaeological find. As this pillar was constructed in the 3rd century BC, it is quite interesting to witness something from that ancient time.

One of the best and most exciting places to see in Vaishali is the enchanting Vishal Fort. King Vishal constructed the fort, and the parliament of the Lichhivi dynasty was located over there. When you visit there, the first thing you will notice is the massive mound surrounding the entire fort. The mound has a circumference of around 1 km. One of the main reasons Vishal fort holds such significance in India’s history is that it is known to be one of the primary pieces of evidence that proves that Vaishali is the oldest democracy in the world.

As there is a museum located right by the fort, you will know a lot about the site over there. Moreover, you will get to see many artifacts from the ancient period. Apart from all the interesting facts, the Vishal fort has a gorgeous architecture as well. You will be transported back to a time several hundred years ago while exploring the fort’s premises. 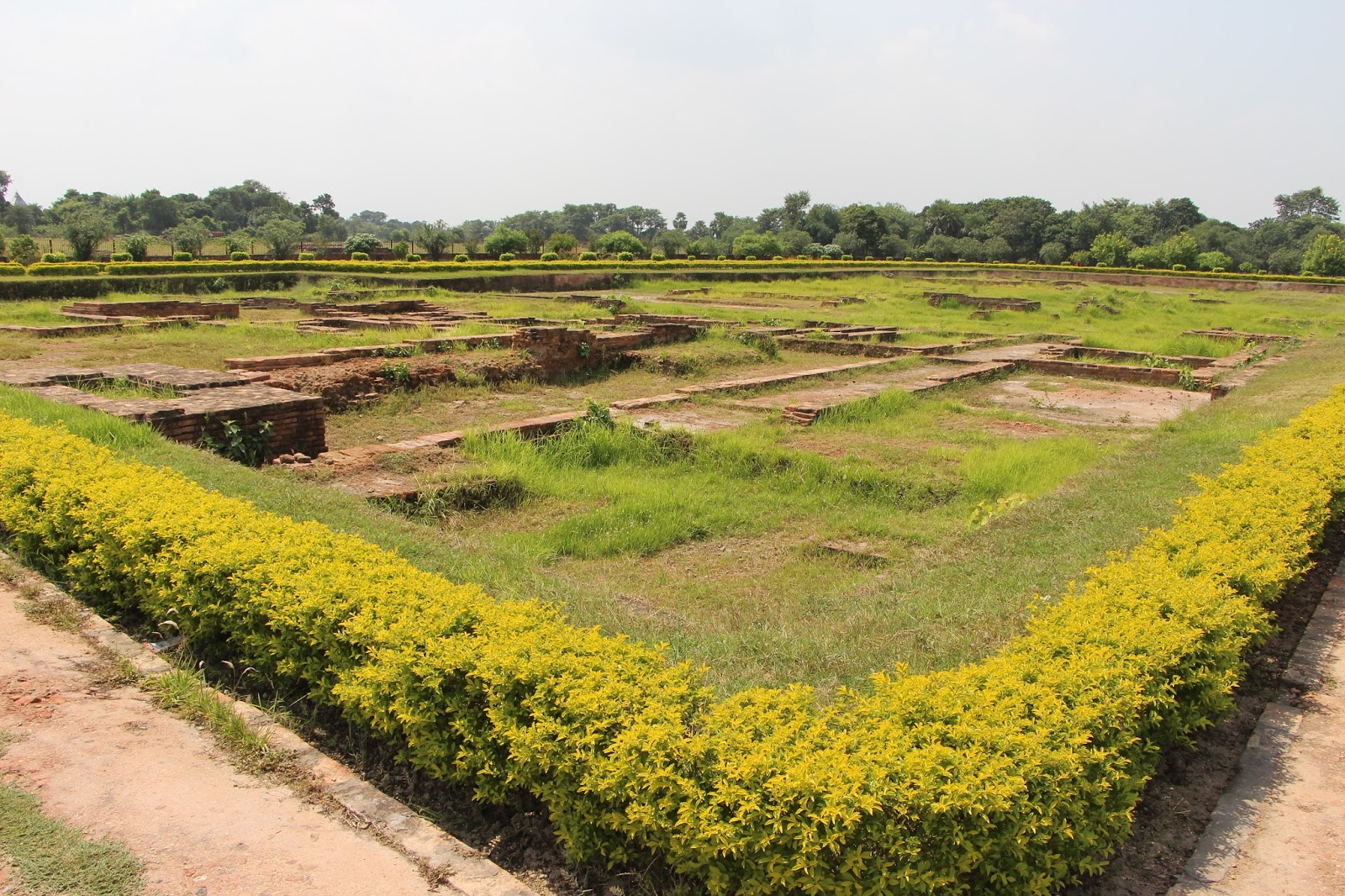 Founded in the year 1969, the Vishwa Shanti Stupa is one of the tallest peace pagodas located in Vaishali built by the Buddh Vihar society and the Japanese Governments. The construction is over 125-feet tall and has architecturally quite beautiful. This pagoda was founded to preach the teachings of Saodharma Pundarika Sutra and was erected by Nipponzan Myhoji. As the pagoda is located by the south bank of the pond Abishek Pushkarni, the scenic view surrounding the construction is quite beautiful. This pond existed during the time of the Lichhvis as well. Before pledging anything, the representatives of the reign used to use the water of the pond. 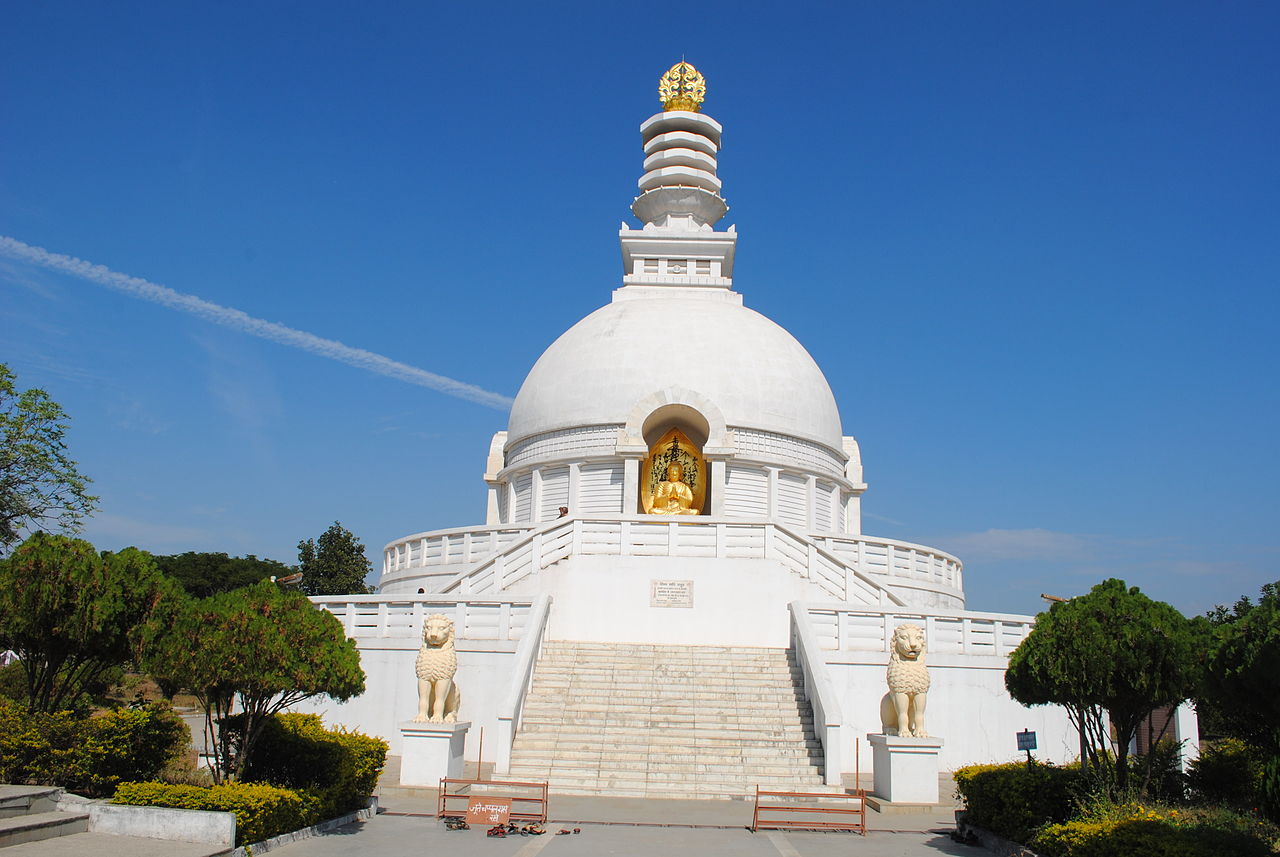 Bawan Pokhar Temple is one of the most important places for the Hindu community’s people in Vaishali. Not only is this temple significant for religious reasons, but also historical reasons. The entire temple is full of different idols, which are quite beautiful. The most famous idol located inside the temple is the Shivalinga, which was created using black Basalt. You will notice that the carvings of the idol are exceptionally well crafted. There is a stone edifice situated in the Bawan Pokhar Temple, which belongs to the medieval era. The temple was constructed during the reign of the Pala dynasty.

Even if you are not religiously inclined, you will find this temple quite fascinating. Apart from its beauty, the sheer archaeological importance of the temple is quite impressive.

Ramchaura Mandir is a temple located near Vaishali, which is pretty significant for the Hindu community. By the name of the temple, you can guess that it is dedicated to Lord Ram. According to local folklore, the temple existed during the time of Ramayana. If you want to see the full glory of the temple, try to visit Vaishali during the time of Ram Navami. The temple gets decorated quite beautifully during Ram Navami, and tourists from all over the world flock there to soak in the ambiance.

When you visit Vaishali, you cannot finish your trip without visiting Hajipur. Not only is this city quite significant for Indian railways, but also it is historically significant in India. Right now, Hajipur is a populated town of Vaishali, but in the earlier days, it was quite significant. From Lord Mahavira and Lord Buddha to the time of British regency, Hajipur encountered a lot of ups and downs. There are so many temples located in the city that you will not be able to complete exploring it in a day. Many people prefer to stay in Hajipur to explore Vaishali as it has a lot of different living options.

Do not forget to visit the 5.75-km long bridge over the Ganges located over there if you go there. It is one of the longest bridges in Asia. 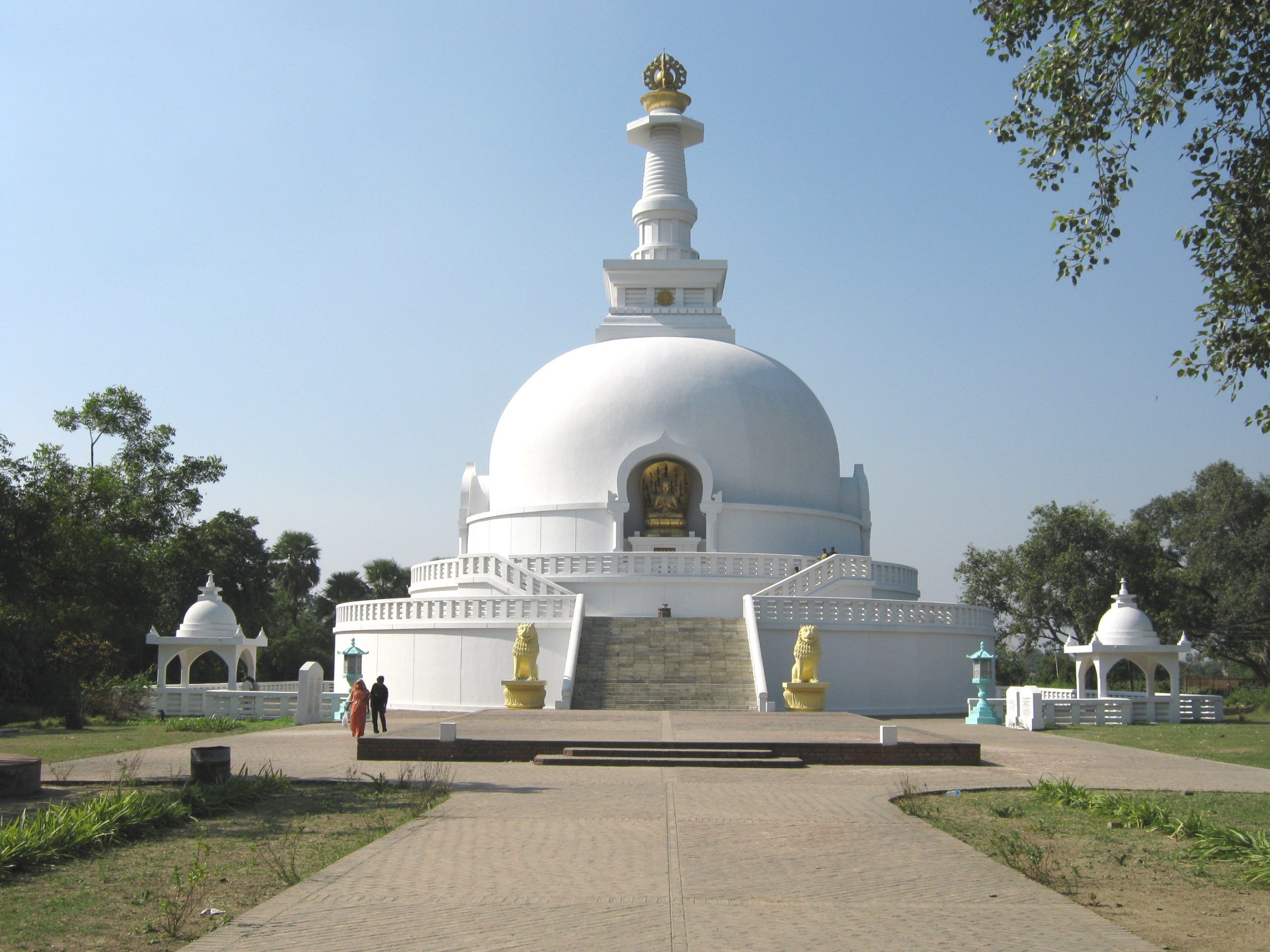 The distance of Hajipur from Vaishali: 15 km.

There are 84 Baithaks in India, and all of them are dedicated to Shri Mahaprabhuji or Swami Vallabhacharya. If you visit Vaishali, you must visit the Baithak located in Hajipur as it is one of the most important places for the Vaishnavism sect in India. Before exploring the Baithak, you must know, Swami Vallavacharya was the founder of a particular sect of Vaishnavism named Pushtimarg. He is quite famous worldwide as he explored the entire world thrice by foot to spread the preaching of Vaishnavism.

In the Baithak, located in Hajipur, you will get to see the shrine. Not only the people of the Pushtimarg sect but also people from other religions visit the Baithak. The entire site is relatively peaceful and a great place to clear your mind. 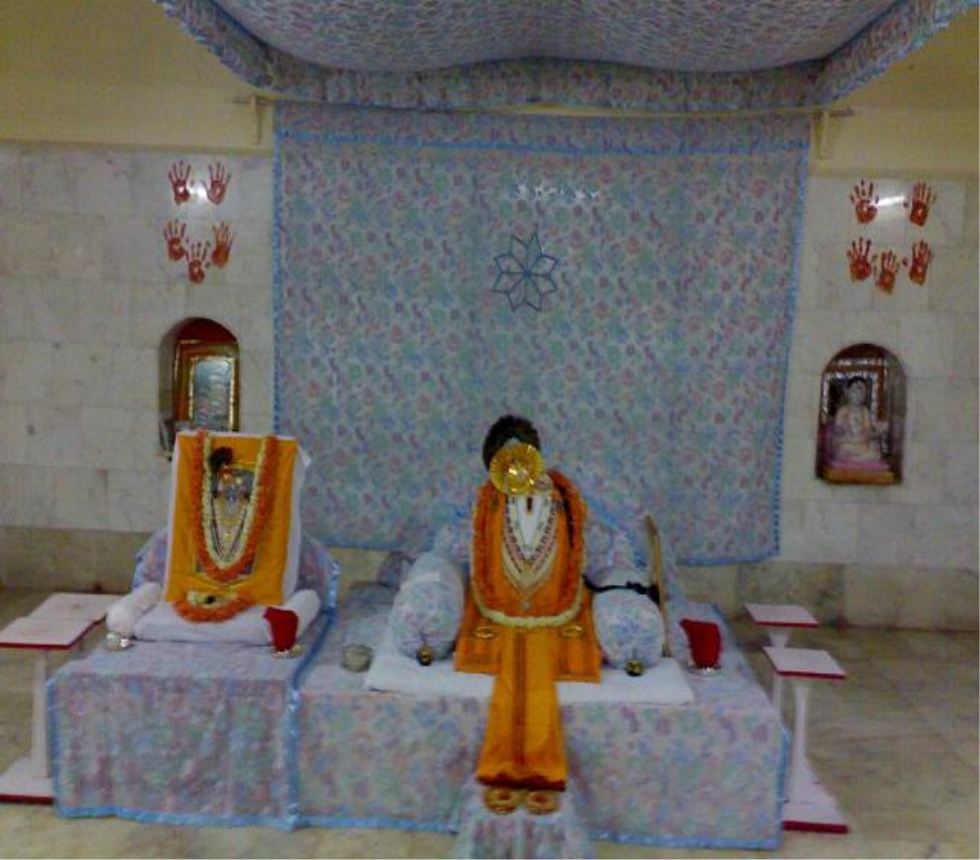 The distance of Baithakji Hajipur to Vaishali: 19 km.

Vaishali is genuinely a mesmerizing place in Bihar, India, which is full of intrigue and mystery. Once upon a time, this site was one of the most important places in India. From the medieval time to the British reign, Vaishali in Bihar encountered many different dynasties and rules. Hence, it is one of the most historically significant places in India. If you are a lover of history, archaeology, and architecture, you will love spending a few days in Vaishali. While visiting Vaishali, do not forget to visit the places mentioned in this blog, as all of them are extremely important. 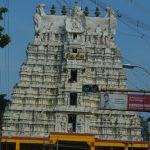 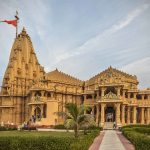 Visit Madhubani: Top 7 Most Important Places To See In Madhubani, Bihar (2023) Next