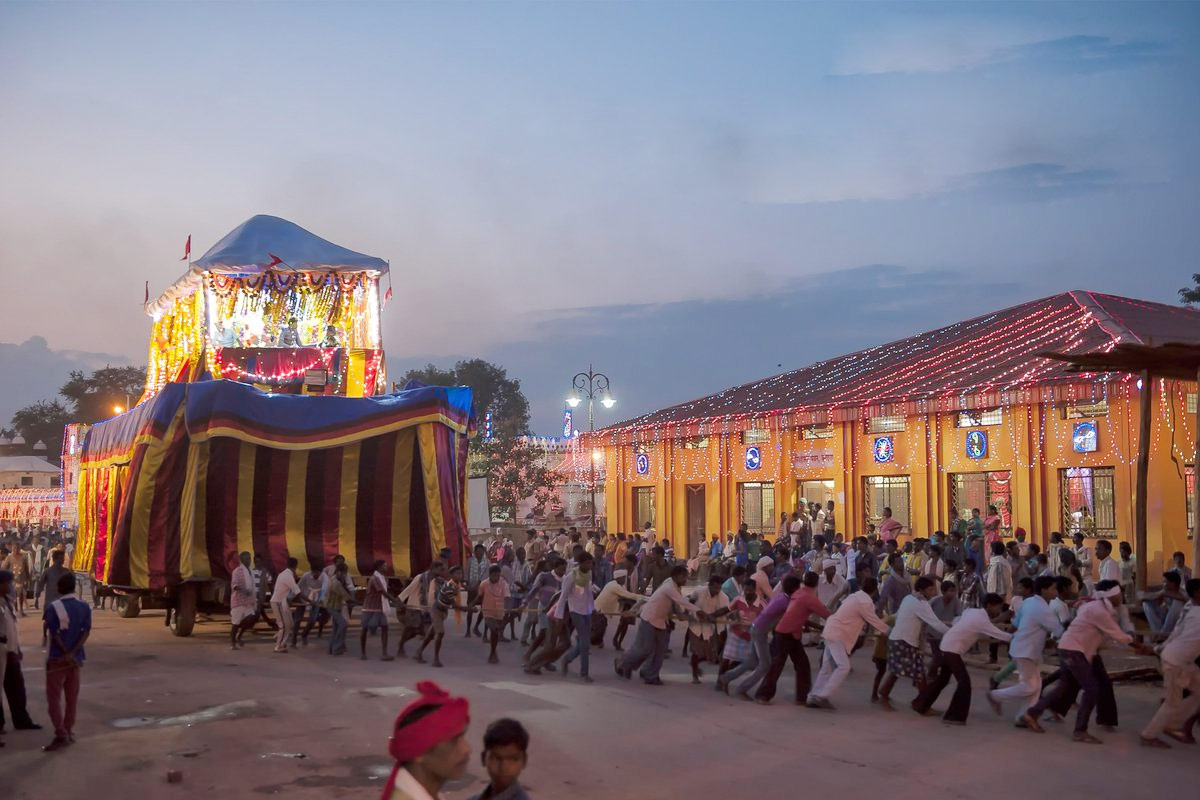 A land of rich and diverse cultural heritage, the entire country of India boasts of multihued cultures which is best manifested in the form of a plethora of festivals that are celebrated with zest, fun and frolic by people of different religion throughout the country. Located in Central India, the colorful state of Chhattisgarh is no exception to this festive hue. As you would already know that tribal people contribute the most in the population of Chhattisgarh, hence it is not much surprise that the state has managed to preserve it’s rich tribal cultural religiously and modestly. If you are a cultural person, who wish to look deeper into the cultural and religious diversity of the Indian state of Chhattisgarh, then you have arrived at just the right place. In this article, we have brought some of the popular festivals in Chhattisgarh for you. Continue reading to know more!

Below Mentioned are 5 Popular Festivals:

Celebrated by the local people of the state with extreme vigor, the Bastar Dussehra festival is one of the most popular festivals of Chhattisgarh. It is said that the celebration for this festival in Chhattisgarhwas initiated for the very first time by Maharaja Purushaottam Deo in the early 15th century. While Dussehra is a significant festival celebrated throughout the country but the Bastar Dussehra witnesses an entirely different kind of celebrations. A festival connoting to the supreme power of the Goddess Danteswari, during the course of this festival the inhabitants of Bastar organise many special worship ceremonies at the famous Danteswari temple in Jagdalpur. Moreover, during this festival, the reputed Raj family of Bastar even arrange worship sessions in which the ancient arms of the Goddess Danteswari are treated as divine elements.

Description of Celebrations: This is a ten days long festival in Chhattisgarhwith the Kunwar Amavasya as the first day of Dussehra. One of the prominent traits of the Bastar Dussehra festival is that during this festival the control of the state is formally transferred to the Diwan in the presence of important personalities like Zamindar. A girl who is believed to have possessed the spiritual powers is first asked for permission before transferring the control. The second day of Dussehra is followed by a series of holy aarti and sacred salami. On the ninth day of the festival, the Raja of Bastar welcomes the divine goddess. A huge darbar for people to present their requests, as well as a big aarti ceremonyare organised on the tenth and the last day of the festival.

The festivals of Chhattisgarh are celebrated with a great deal of fanfare and the Bhoramdeo Mahotsav festival is no exception. Attracting people from not only through the country but also from across the world with its unique attractions, this is undoubtedly one of the most popular festivals celebrated in Chhattisgarh. The main celebration for this festival takes place within the premises of the well – known Bhoramdeo Temples which are located at a distance of about 135 km from the main city of Raipur. This temple believed to have been constructed by the famous king Ramachandra of the Nag dynasty who married Princess Ambika of the Haiya dynasty and is considered to be one of the top tourist attractions of Chhattisgarh. Reflecting the great architectural brilliance of the bygone era, this temple proves to be of great importance to the archaeologists as well as historians.

Description of Celebrations: During the time of the Bhoramdeo Mahotsav, the magnificent temple complex bustles with a plethora of festivities and is a treat for the eyes. People dress in vibrant and colorful costumes to take part in the activities organised at the temple. Rightfully titled as the Khajuraho of Chhattisgarh, this temple is surely a sight to admire during the Bhoramdeo Mahotsav Festival. If you wish to be a part of this impressively popular festival of Chhattisgarh, then it is celebrated in the last week of the month of March every year, so plan your travel accordingly.

This is considered as one of the holiest and most popular festivals of Chhattisgarh that comprises of a huge gathering of pilgrims and devotees from all over the world.

Though the Kumbh Mela of four locations is mostly well – known but this fifth Kumbh Mela is organised at Rajim in Chhattisgarh and is a popular gathering of Vaishnavites who are the followers of Lord Vishnu, a prime Hindu God. Rajimalochana temple located in Rajim, near the convergence of Mahanadi, Pairi and Sonder rivers, serves as the venue for the Rajim Kumbh Mela. In recent years, the Ministry of Tourism in Chhattisgarh have actually put in a lot of efforts to host the Rajim Kumbh Mela at an even grander and impressive scale. The festival witnesses the presence of many significant religious preachers and saints from various nooks and corners of India. 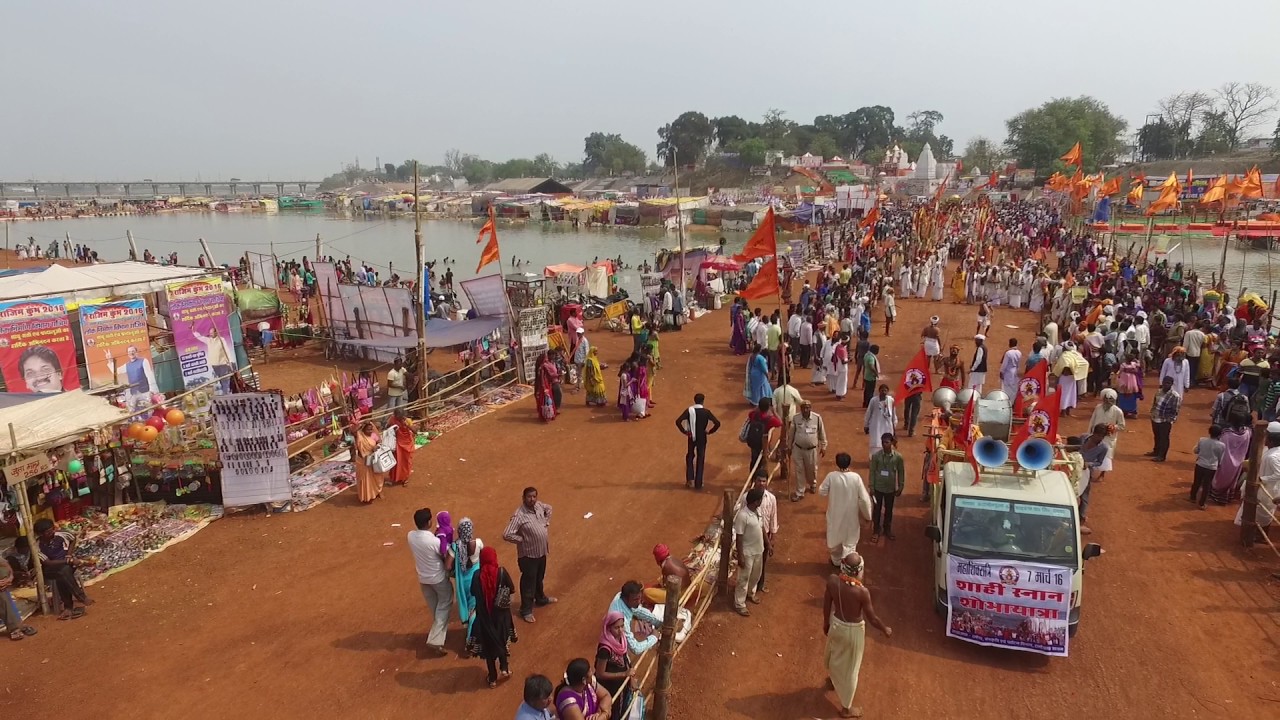 Description of Celebrations: This festival of Chhattisgarhlasts for a period of 15 days and begins on the day of Magh Purnima. With a diverse range of saints, devotees and people gathered together for participating in divine festivities, this huge mela is a mesmerising sight. On the first day of the festival to mark the beginning of the Mela, special pujas are performed. Some other festivities include visiting the Kuleshwar Mahadev and Shri Rajiv Lochan temples, taking a holy bath in Triveni Sangam, cultural programs, performances by many talented dancers and singers, dramas enacted by talented local artists, and so on. Kalash yatra is also a significant ritual of the festival in which rows of women bearing pitchers on head travel towards Mahanadi to fill them and carry them back to the temple.

With its dark and dense forests, the vast tribal population of the state of Chhattisgarh have successfully managed to retain the natural beauty, old-world charm and the mysterious aura of the state. Gond is one of the old tribal communities of the Chhattisgarhstate and Madai festival is celebrated with this community with a lot of zest and excitement. Interestingly, the time of celebration of the festival varies from one place to another. This popular festival of Chhattisgarh is celebrated in a large ground which can accommodate a huge gathering as on this festival, relatives from far and wide come together to celebrate their joys.

Description of Celebrations: Several traditional customs and rituals are practised on the Madai Festival. For instance, a goat is sacrificed beneath a sacred tree in the honor of the tribal god. Another ritual which marks the initiation of the festival ceremony is a huge procession of local gods. A series of shops and eateries are also set up on this occasion. You can even get to see plenty of remarkable examples of tribal craftsmanship displayed in some of these shops. Several interesting cultural programmes are also organised. With the air reverberating with tribal music and people dancing merrily to the tunes of these rhythms, the time spent here will surely be enjoyable. The cheerful ambience and celebrations continue till the night hours.

This is another important festival of Chhattisgarh celebrated by the farmers of the state. The Kajari festival is basically celebrated to mark the beginning of the sowing season for wheat and barley. The local people of the region and very religious and hence they believe in seeking the blessings of Goddess Bhagwati, prime Goddess to have a better crop in the following year by celebrating the Kajari festival. There are a plethora of customs and rituals done during this festival but they can be practised only by those women who are blessed with a son. 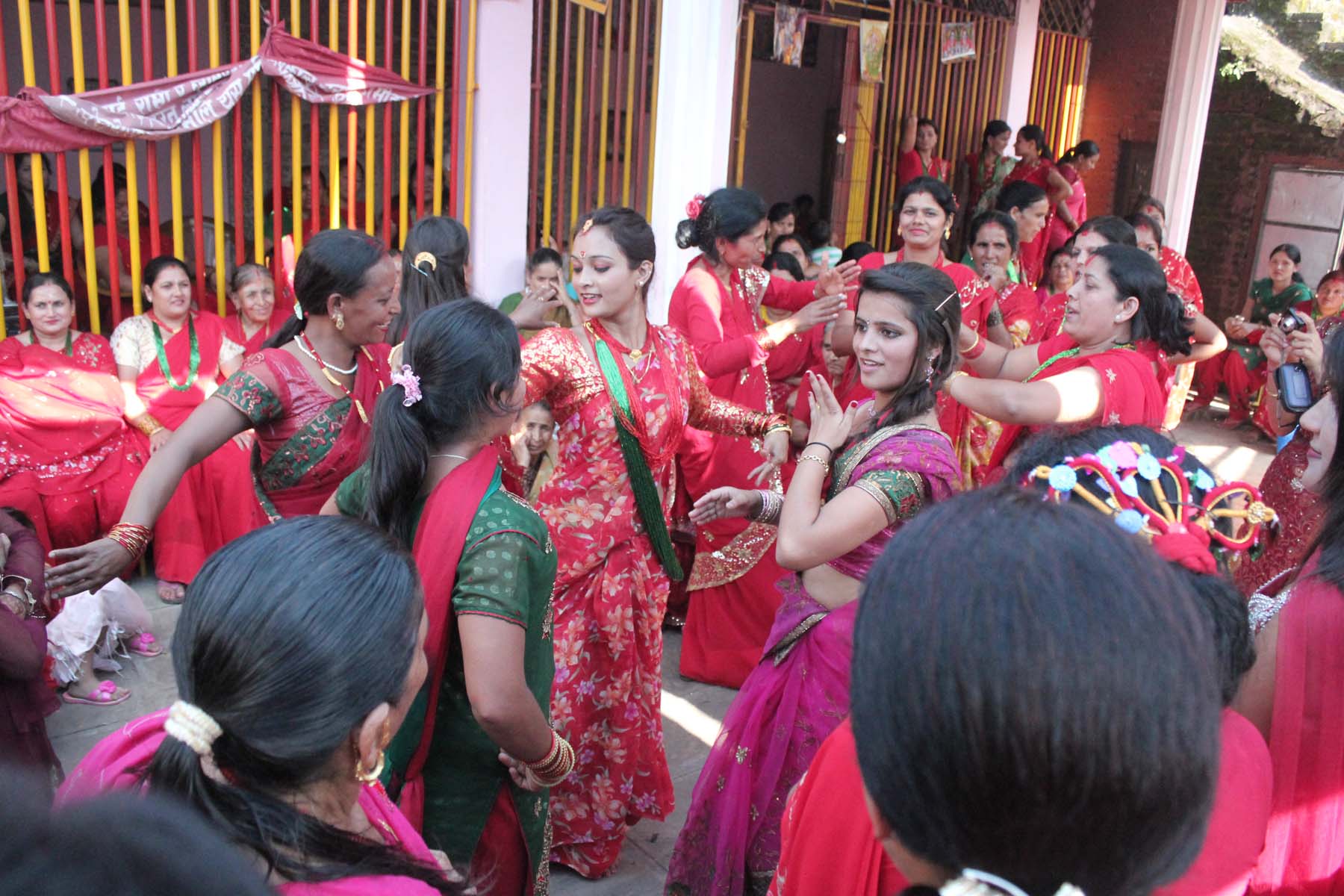 Description of Celebrations: The festival carries on for seven days till the occasion of Kajari Purnima or full Moon day. The celebrations of the Kajari festival in Chhattisgarhbegin from the day of Shravan Shukla Navami. On this day, the womenfolk go to the agricultural fields and collect soil in leaf cups. Afterwards, barley seeds are sown in these soil cups and then the cups are kept in a clean and darkroom in which all the walls and floors are washed with the paste of cow dung and mud. The cup is even worshipped by the womenfolk. This is not all, during the festival the floors of houses are decorated prettily with beautiful designs such as figurines of a house, child in the cradle, mongoose, a woman with a pitcher and so on. These designs are created with rice solution. During the course of this festival, all of the customs and rituals are repeated daily. Women even observe a fast on the day of Kajari for the well-being of their children, husband and good harvest.

Attending these famous festivals of Chhattisgarh will give you a glimpse of the first – hand experience of the rich tribal culture.

Q1. What Is The Main Religion Practised In Chhattisgarh?

While Hinduism is considered as the major religion of Chhattisgarh, but the state also experiences significant celebration of religions such as Buddhism and Islam.

Q2. How is Chhattisgarh Culturally?

Ans. Talking about the cultural life of the state, it comprises of varied forms of traditional art and crafts, folk songs, amusing cultural fests, tribal dances and a plethora of regional fairs and festivals.

Q3. What Are The Specialities Of Festivals Of Chhattisgarh?

Ans. The festive and exciting moods of people during the special occasions of fairs and festivals can be largely seen through their cuisine, costumes, folk dance, music, ornaments and expansive celebrations. 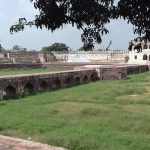 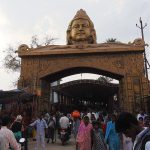 5 Popular Temples to Visit in Chhattisgarh (2022) Next