Visit Bhadreshwar Jain Teerth Derasar: Structure, Architecture & Idols of The Bhadreshwar Temple, Places to Visit Nearby, Getting There (2023) 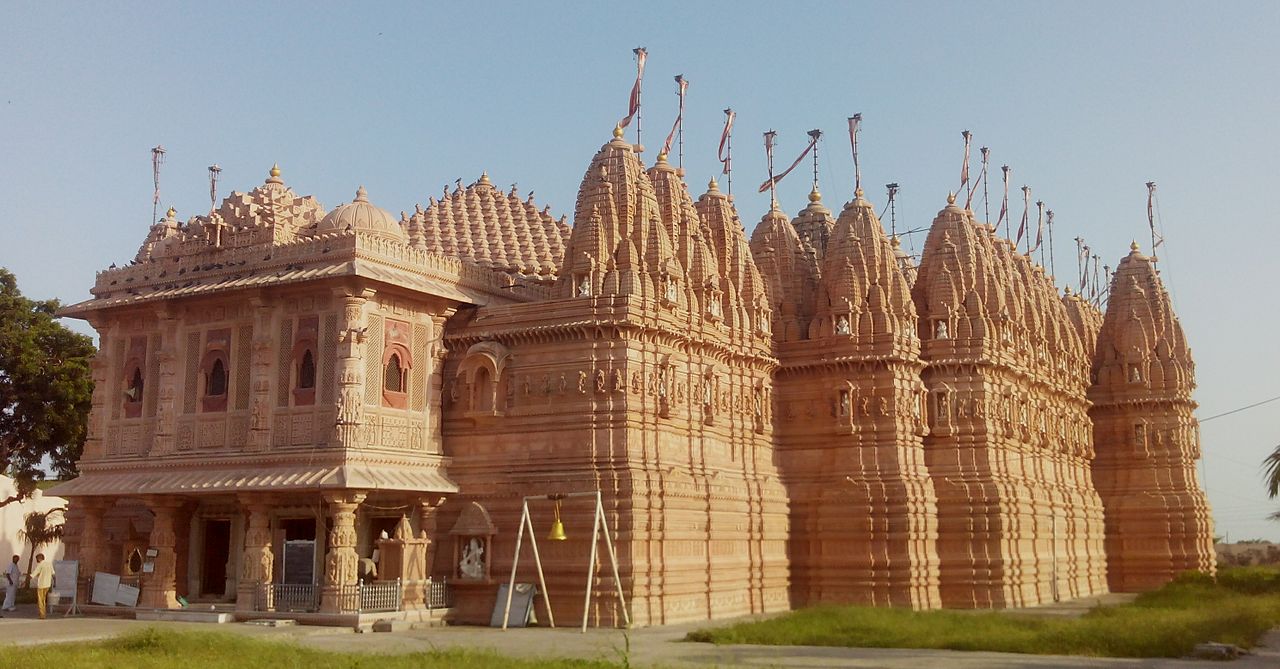 Image Source
The Bhadreshwar Jain temple’s color is mostly light brown. It’s a well-maintained premise, with winding paths connecting the temple structures. The pillars, walls, and domes have intricate, beautiful sculptures that depict human forms and celestial beings. The most breathtakingly beautiful view is of the fully carved temple dome. On the hem of the ceiling, you see beautiful sculptures of the parade of the common people. The colorful sculptures, depicting men, women and children dressed in gaudy colors gets out the very essence of Gujarat. You will marvel at the beautiful sculptures of humans that grace the pillars.

The sculptures of human figures that you see here are inherently different from the ones you see in other temples in Gujarat. Mostly, we see the colorful, vibrant artwork that’s the benchmark of Gujarati art in the temples, but here, the sculptures have a distinctly different aesthetic.

What also strikes you is the unique sculptures that you see at the top of the dome, picturing a horse or a lion.

The idols that you will see here are those of the Bhagwan Parshwanath, as well as the teerth idol of Shri Mahaveer Bhagawan. You see idols of Swet Varn and Padmasanastha. You also see the idols of Saint Ajitnath and Lord Santinath. Keep in mind that only Jains can enter the Vasai Jain temple. You see the idols of Vyakreshwari and Chakreshwari. The temple premises is also home to the footwear of Kalyansagar Suruchiji Dada.

You can spend around an hour at the Bhadreshwar Jain temple. You will see a lot of people, tourists as well as devotees, and therefore learn a lot of the Jain way of praying and several aspects of the Jain mythology, if you look at the various activities here.

The Bhadreshwar temple in Kutch, Gujarat holds the original Parshavanath Idol, which dates back to almost 500 BC. All around, you see sculptures of animals as well, with elephants being the main theme here.

Nearby, you will see a couple of mosques, which have a unique architecture, closer to the Indian style, as compared to the general Islamic style. Experts conceded that a learned saint built these mosques to shield the place from Islamic invaders.

The Bhadreshwar temple is a mesmerizing experience. The best times to visit the temple would be from early in the morning to late in the afternoon – and that’s the time when the infamous harsh weather of Gujarat is at its worst. So, make sure that you have something or the other that you use to shield yourself against the sun, like sunglasses and a cap. There are some facilities at the Bhadreshwar temple for those who want to take a break, like the Bhojanalay (Food centre) and the Atithi Bhavan (Guest House).

There are some hotels in Bhadreshwar that you can book if you intend to stay here for a while. There’s the Beetle Smartotels, and their room rates start from 1300 INR. You also have an OYO IVY Hotel that’s around 10 KM away from the station. The starting rates for a room in that hotel is 1500 rupees per day. The hotel room rates range from 1200 INR to 6000 INR, depending on the amenities and services that will suit you. 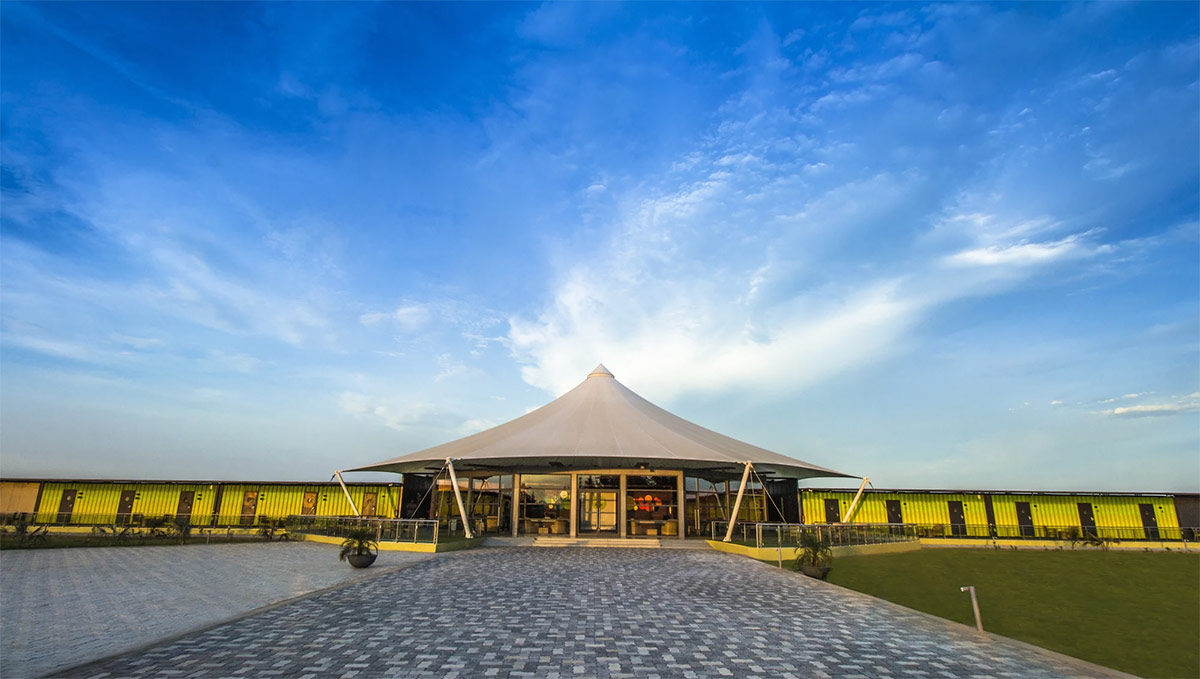 Image Source
One facility that many are using now are dormitories that offer accommodations at cheap rates. These work well for backpackers and those who are traveling on a budget. The typical dormitories available are for about three hundred to five hundred rupees. The dormitories offer a bed and a place to keep your belongings. You can book dormitories for a single day or more.

Places Of Interest Near Bhadreshwar Temple

Bhadreshwar temple is in Bhadreshwar village, and there are some other places of religious and tourist interest that you can visit. For example, you can visit the Chokanda Mahadev Temple, an ancient Shiva temple and the Solahkhambi Mosque ruins. There’s also the Lal Shahbaz Dargah and the Chhoti Masjid, which some say dates back to the 12th century. 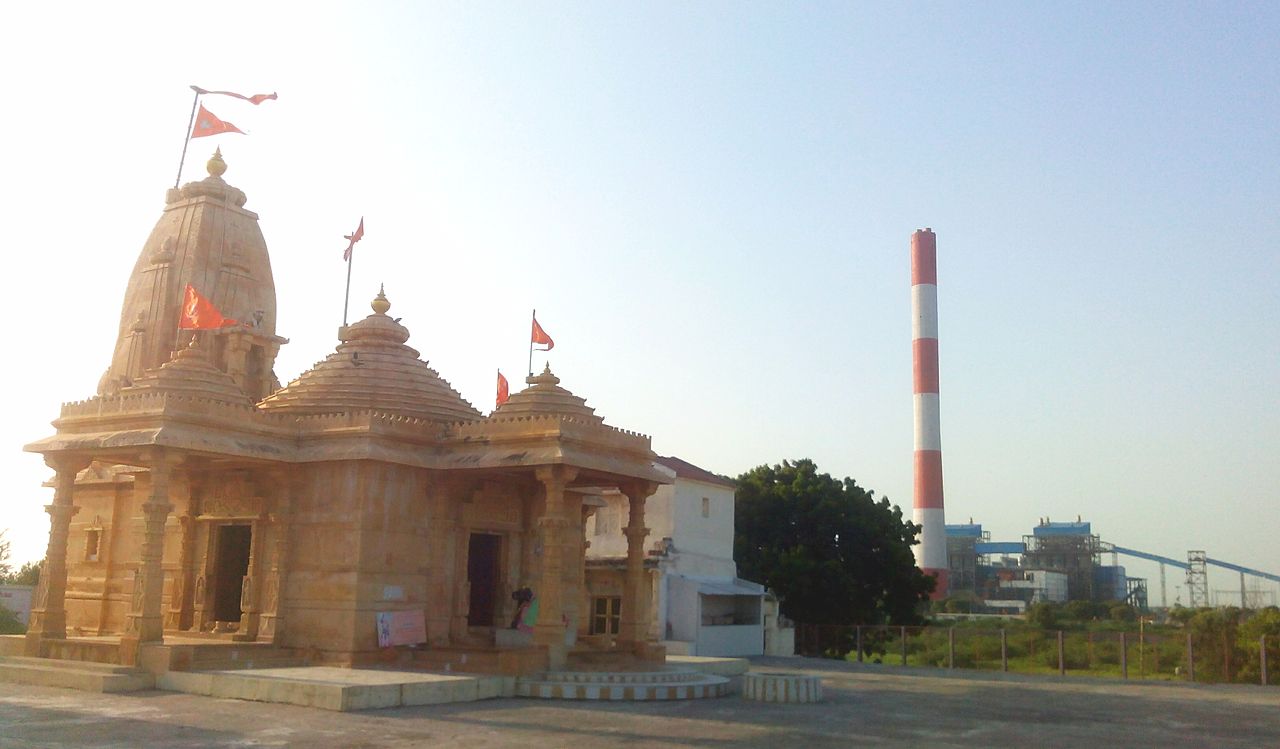 How to Reach Bhadreshwar Temple?

Bhadreshwar temple is in the Kutch area and connects well to Gujarat and other important cities. If you plan to fly, you will first need to reach the Rajkot station and take a taxi or a bus to the Kutch area. The Bhadreshwar town is about thirty minutes away from Bhuj. 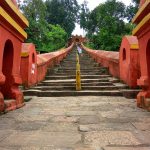 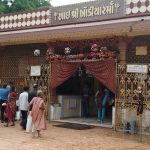