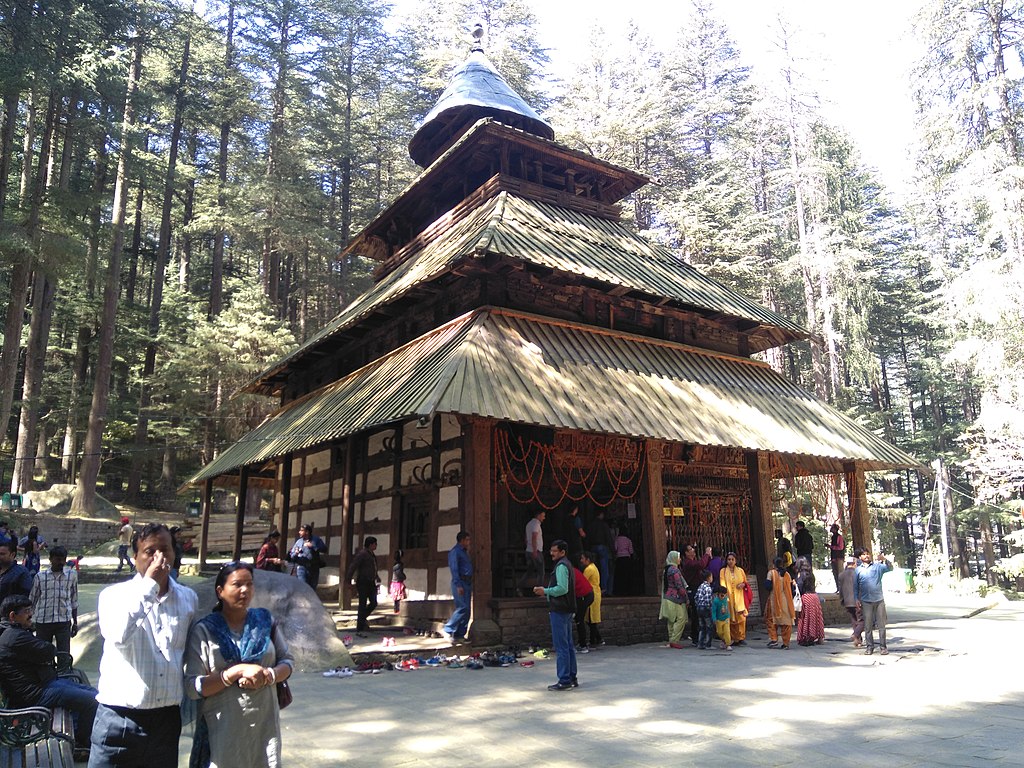 In the snow-covered Manali Hills, amidst the lush green cedar trees, stands the ancient and majestic, Hidimba Temple. Manali is one of the popular tourist destinations, and this temple is the most sought for sightseeing goal and spiritual haven in the region. The temple is dedicated to Devi Hidimba, the protector of the region and wife of the strongest Pandava, Bheem. Visiting the Hidimba Devi temple in Manali provides people a close brush with ancient spirituality and Lord Krishna.

Manali, the resort town of Himachal Pradesh, is a favorite for backpackers and honeymooners. The gushing Beas River, serene Parvati Valley, and Solang Valley are great attractive spots for travellers and are always full of nature lovers. Furthermore, people coming to spend a few days here love to indulge in paragliding, mountaineering, rafting, and spiritual upliftment. It’s not only the Rohtang Pass or the Pir Panjal mountains that leave you gaping and awestruck; it is the beautiful and cozily encased Hidimba temple that steals the show!

Hidimba Temple At Its Best:

Manali is a famous hill station in Himachal Pradesh that boasts spectacular scenic beauty. With snow-covered hills and tall green trees in the backdrop, the temple stands regal and royal in the wilderness. The legend of Bheem’s wedding to Hidimba in the epic Mahabharata is well known to many. Visiting the Hidimba Devi temple in Manali provides people a close brush with ancient spirituality and Lord Krishna.

This temple, at the foot of the opulent Himalayas, is situated in the middle of the Cedar forest called Dhungiri Van Vihar and is thus named Dhungari Temple. Out of the ground, juts a gigantic rock formation where the Deity of Goddess Hidimba sits regally. A sanctuary is spread out around the jutting-out rock, and the whole region is said to be very peaceful and the perfect foreground for worship.

Who Built the Hidimba temple?

In 1553 A.D., Maharaja Bahadur Singh conceived the beautiful Hidimba Temple in Manali, Himachal Pradesh. Actually, the spiritual cave temple has stood solidly against time and is almost 500 years old. This is where Goddess Hidimba performed penance and meditation to cleanse her sins. Moreover, it lies in the hills and has a strangely peaceful ambience that touches the core of your heart. Also, this ancient monument talks of the cultural heritage and religious faith of Indian mythology.

The temple amongst the greens:

The area is distinct and unique because of its beauty and thick forests. Unlike the actual mortar constructed and heavily populated Manali, there are plenty of surrounding areas in Manali that are filled with lush green trees and beautiful ranges. All around the temple shrouds a dense and thick forest cover.

So much so that sometimes the sunlight fights to penetrate through the green cover but cannot do so.

The holy shrine is also called the “Temple of the Goddess of Nature” or the “temple of the Forest Goddess” after Devi Hidimba. This, the 500-year-old holy shrine, made by Maharaja Bahadur Singh, way back around 1553 still stands majestically strong. In fact, this temple has great importance and is revered by many.

The ancient temple constructed in the 1500s looks just like a deserted cottage in the forest. It is a four-storey structure encased royally amongst the trees in the woods. The exteriors have intricate works of goats, sacrificial animals, antelopes, and buffaloes. Till today, whenever a new ruler is coronated in the Royal family, animal sacrifice is practiced in the temple as a norm. No doubt a few changes are taking place, but the cultural heritage stands strong.

Details of the Hidimba Temple:

The building consists of three roofs crossed over each other, indicating an appearance of 3 pyramids lying on top of each other. These pyramids are covered with timber tiles that are topped by another conical-shaped brass roof.

On a huge rock is a 3-inch image of Goddess Hidimba in brass. In front of the rock hangs a rope. In olden times, sinners were punished by the priest here, says the legend. The rope was used to tie their hands back and after that, they were struck against the rock to repent for their sins. The punishment ensured that they suffered and did not repeat the misdemeanor. The rock and the brass statue together, are worshipped as the Goddess of Nature, Dev Hidimba!

What is the Legend of the Hidimba temple?

The legend of the Hidimba Temple dates back centuries to the time of the Mahabharata. Hidimba was born a rakshasi, and her brother Hidimb was a menace in the forest. He terrorized and killed whoever came in contact with him, and Hidimba disagreed with his behavior. Hidimba Devi then pledged and decided to marry the person strong enough to defeat her fearless demon brother Hidimb.

The Pandavas in exile had lived in Manali for a while at this time. Bheem, the Second Pandav brother got into a furious fight with Hidimb and killed him. Impressed by his strength and valour, Hidimba, the demoness, changed her looks, became beautiful, and married Bheem.

Out of wedlock was born their strong and devoted son Ghatotkach, who later saved Arjuna’s life during the Kurukshetra war. After the exile, Hidimba stayed on in the forests of Manali and started severe penance, meditation, and prayer to achieve nirvana and elevate her soul.

Divinity was her goal, and she soon became a Goddess with her good deeds and reparation of sins in this cave temple. Hidimba, the wife of the strongest Pandava, continued to stay in Manali till the day she died and united with the heavenly father. The Goddess is no more a demon and is said to be a manifestation of Durga Mata. This belief adds to the mystical vibe of the area.

The Importance of Hidimba Temple:

Manali is a touristy place and a must-visit for almost all adventure seekers. This ancient Hadimba Devi Temple is a breathtakingly beautiful cave and deity of the Goddess of Nature.

In summers, hundreds of devotees from all over the country, line up around this place of worship. They stand patiently for hours to get a glimpse of the divine idol. Snaking queues of followers praying to the Goddess to save them from natural calamities shows their commitment and diligence towards divinity.

Devi Hidimba is a sacred deity held in great esteem by the locals and tourists, especially during Navratris. The demoness is given the same respect as Goddess Durga at these times, and is worshipped by many people, since time immemorial.

If you want to see Manali and the Hidimba beauty at its regal best, plan your trip anytime between September and April. At this time, you can beat the crowds to it, though the temple is open to the public throughout the year.

People who love the white splendor of winter, should see the temple during snowfall. The sight is breathtakingly beautiful. Imagine standing here at “Aarti time” and worshipping the Gods? The scenic splendor and the ritual are incomparable sights to behold. This can’t be missed for anything so schedule a visit if you are in the area.

Devotees seek peace in the tranquillity of the temple and its surrounding areas. Heading to the jungles nearby and sitting for a few hours is rejuvenating and refreshing. Don’t be afraid you are under the protection of the Devi. Goddess Hidimba guards the forests and is Manali’s protector. In fact, she takes care of everyone, say the locals. Thus, their belief and confidence in the spiritual being lies unshaken.

The timings to enter the shrine of this local deity run from 8 AM to 6 PM. Keep about one to two hours aside for a detailed tour of the place because there is lots to see here. Visiting the temple is a chance of a lifetime, and a thorough exploration will help the traveler see each nook and corner.

How Far Is The Hidimba Temple From Manali?

Hidimba temple is 2 km away from Manali. In fact, it’s very near the Mall road and can be reached by taxi or bus from the Manali town. If you are planning to reach it by train then book your train tickets to Joginder Nagar Railway Station. The temple in its opulence lies about 2 km from here.

Many people love trekking to the shrine, while others feel enthralled by a walk or a cab drive to the spot. In reality, peace seekers, nature lovers, adventure lovers or sightseers have loads to explore here. The terrific surroundings of the temple and the beautiful sceneries can keep the tourist busy for hours.

Can you visit Manali in your budget? Of course, you can! Several “travel and stay” options are available at your disposal and they suit every budget. Professionals can guide you on a vacation tour and improve your travel experience by adding perks and comforts during your visit to the Hidimba Devi temple in Manali. Whether it is a luxury trip you plan or whether it is an economy holiday, get your itinerary customized and book a trip to Manali. 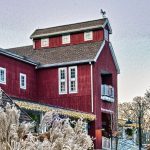 Visit Westport: 5 Amazing Things to Do in Westport (2023) Previous 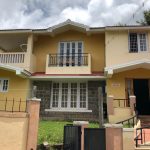 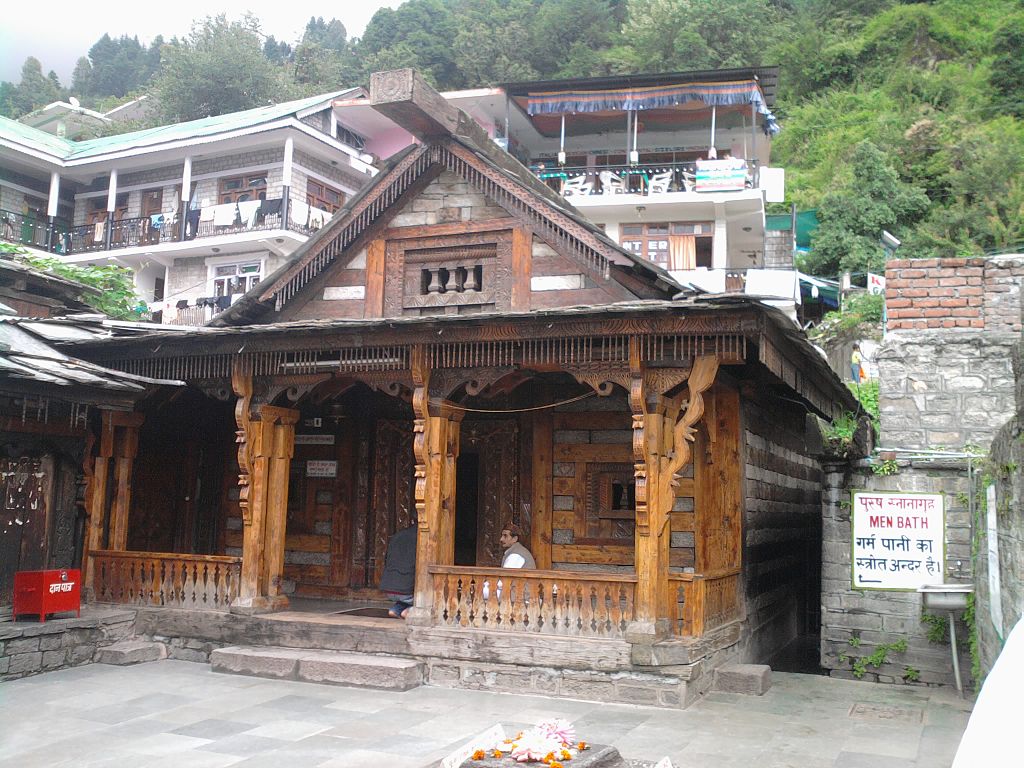 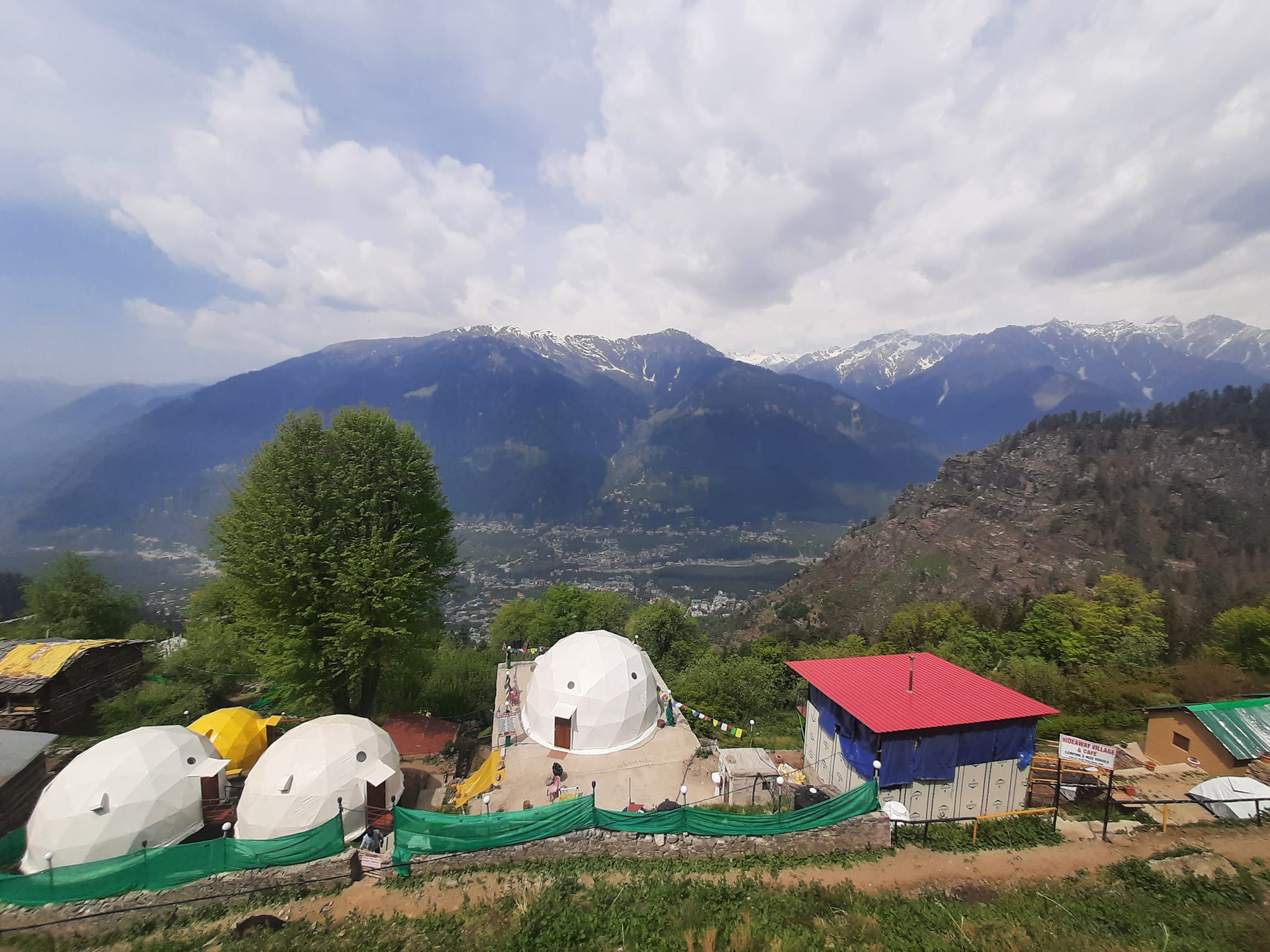 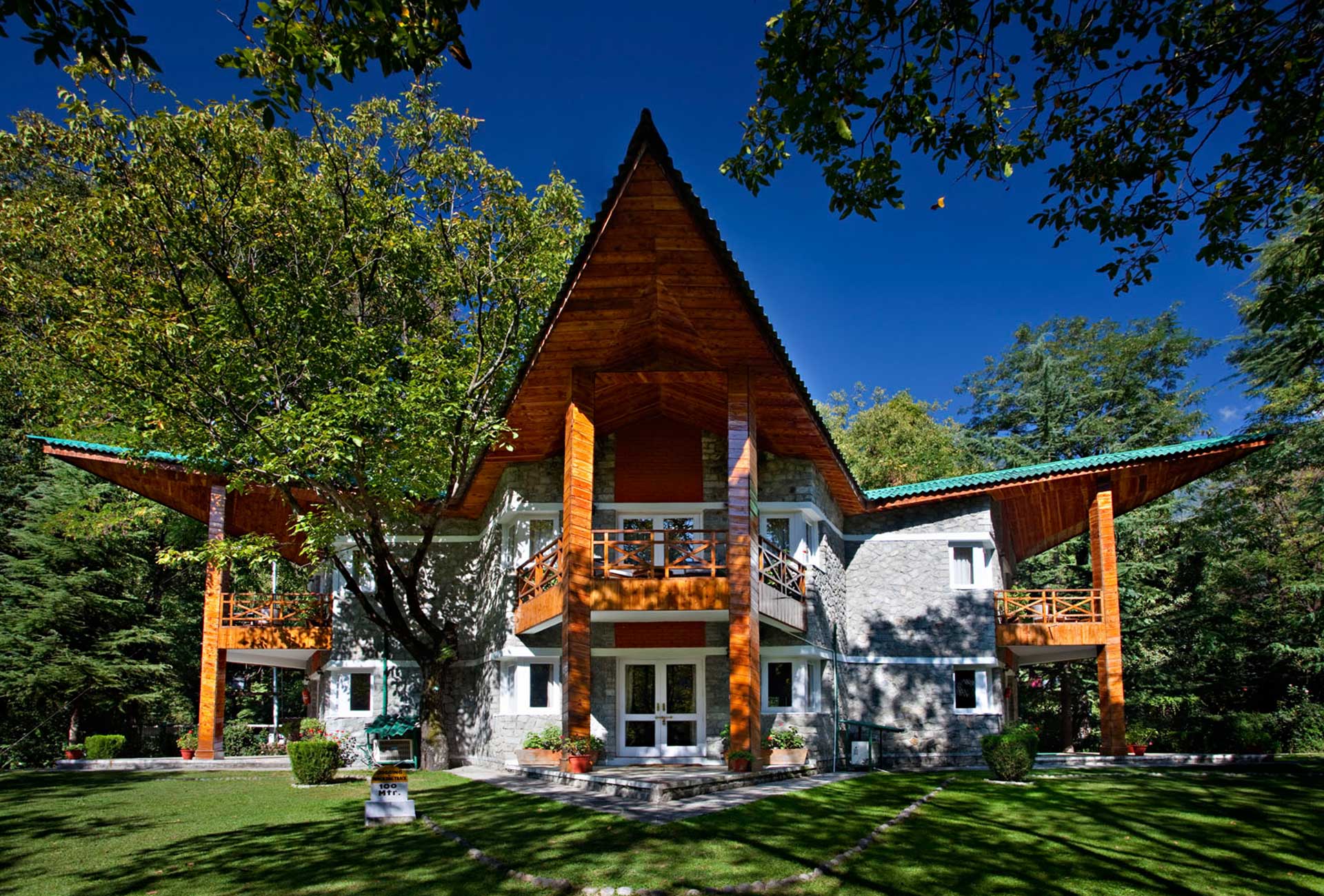