Rajgad Fort is in the Pune district of Maharashtra. The Rajgad fort is irreplaceable in the history of the Maratha monarchy. Today, it is a tourist location and one of the favorite treks for trekkers in the Mumbai and nearby area. If you are planning for a trek to the Rajgad fort, read this article. 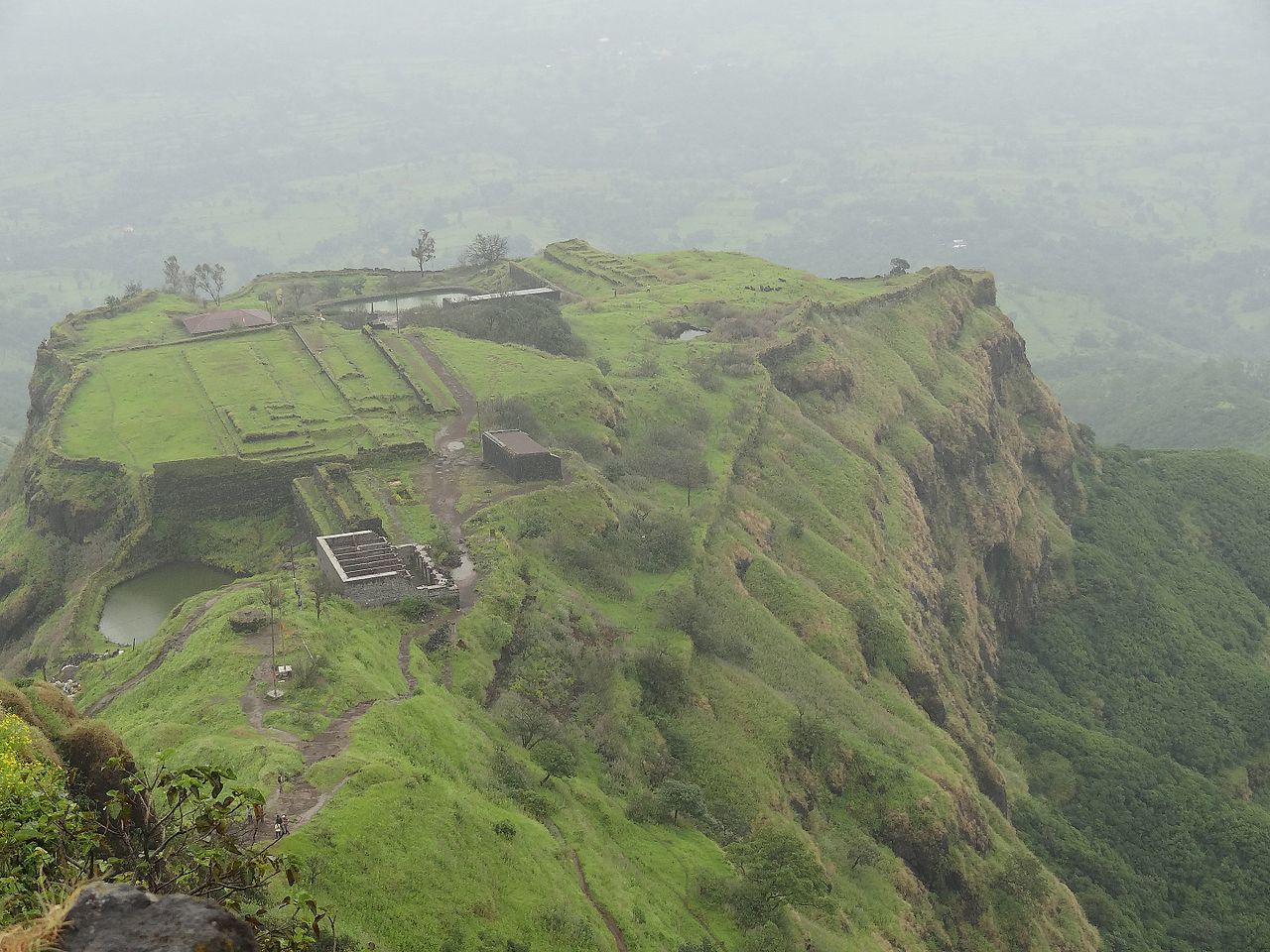 The Rajgad Fort is a longish trek, and it will take you around four hours for the ascent. Along the way, you see water cisterns, at least two temples, and a broken cannon. You also see the remnants of what the royal palace inside the Rajgad fort was. The exact room where the Shaista Khan attack planning took place exists inside this fort, but the authorities have locked it up.

One unique place in the Rajgad fort is the Needle Point, a watchpoint at the top of a cliff that has a hole in it, akin to a needlepoint. Watching the valley from this point is a great experience. You also get a bird’s eye view of all the structures leading to the Rajgad fort, which is a sight to be experienced. 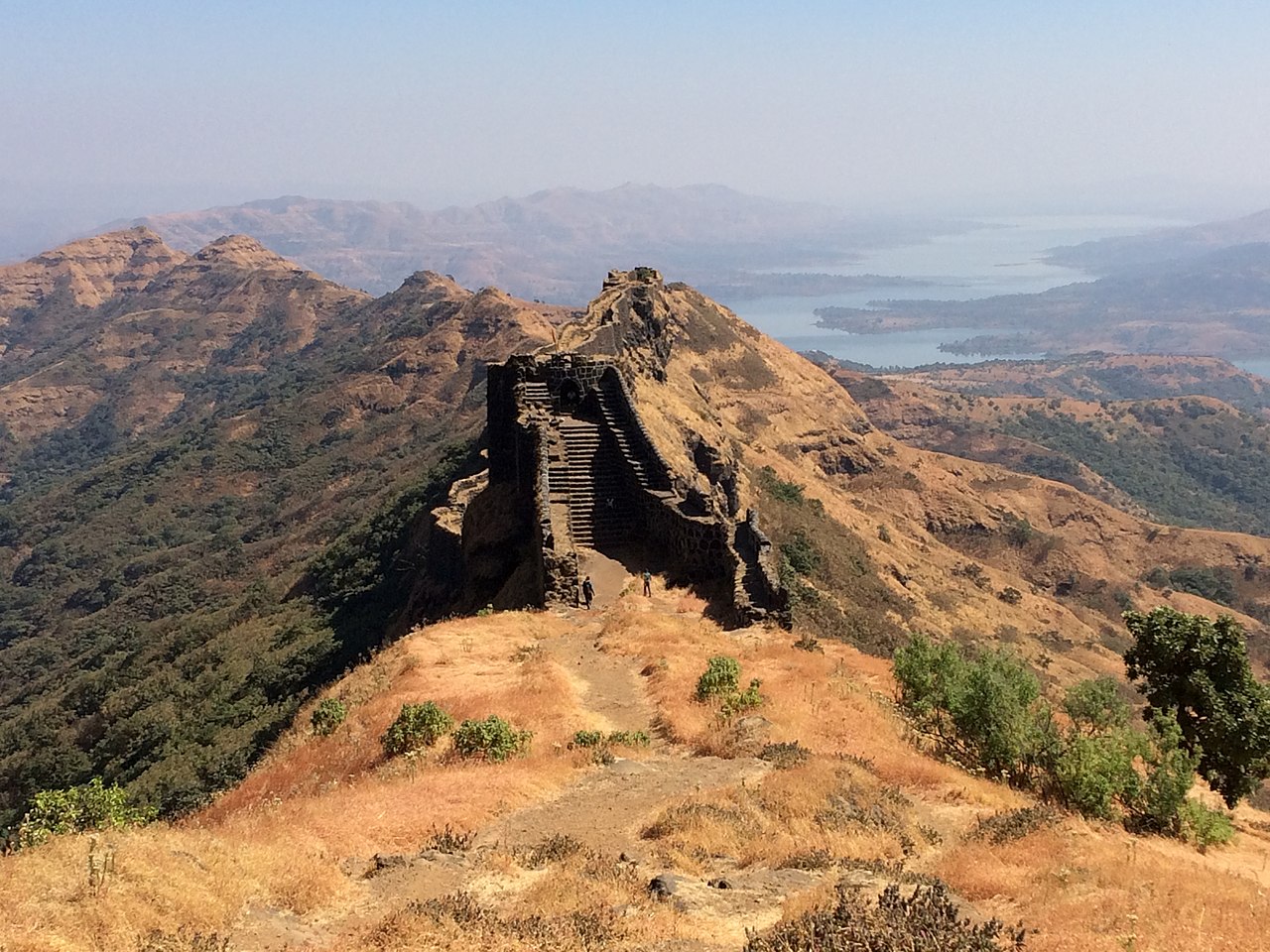 Image Source
As you venture up, you will see several forts in the Konkan region in your vicinity, like the Sinhagad and the Torna fort and the Sanjeevani Machi. You can also see the Raigad fort, the one that finally became the capital of the Maratha kingdom. Legend has it that the Torna fort was to be the capital of the Maratha empire, but the Maharaja declined because it was too small. However, the treasure found inside the fort fortified the Rajgad fort. Along the way, you see a C shaped lake, that is known as the moon lake. You will also be able to explore a cave that is near the top of the fort. You can also visit the Jananadevi temple.

The Rajgad Fort is very much accessible. It is a long climb, but not steep. All through the way, you have lush greenery and winds to accompany you. Every place has stairs and steps, so you can enjoy the views and take a slice of history right away. There is a ropeway to reach the very top of the fort as well. While the structures inside are dilapidated, including a wooden door at one of the entrances, the fortifications and ramparts are in good shape, giving you an idea of the architectural brilliance of the time.

Rajgad fort has very green environs, so the best time to visit it would be the monsoons. All along the way, if you are careful, you will see rare insects and birds. You get beautiful views of the valley below, which comes to life during the monsoon season. 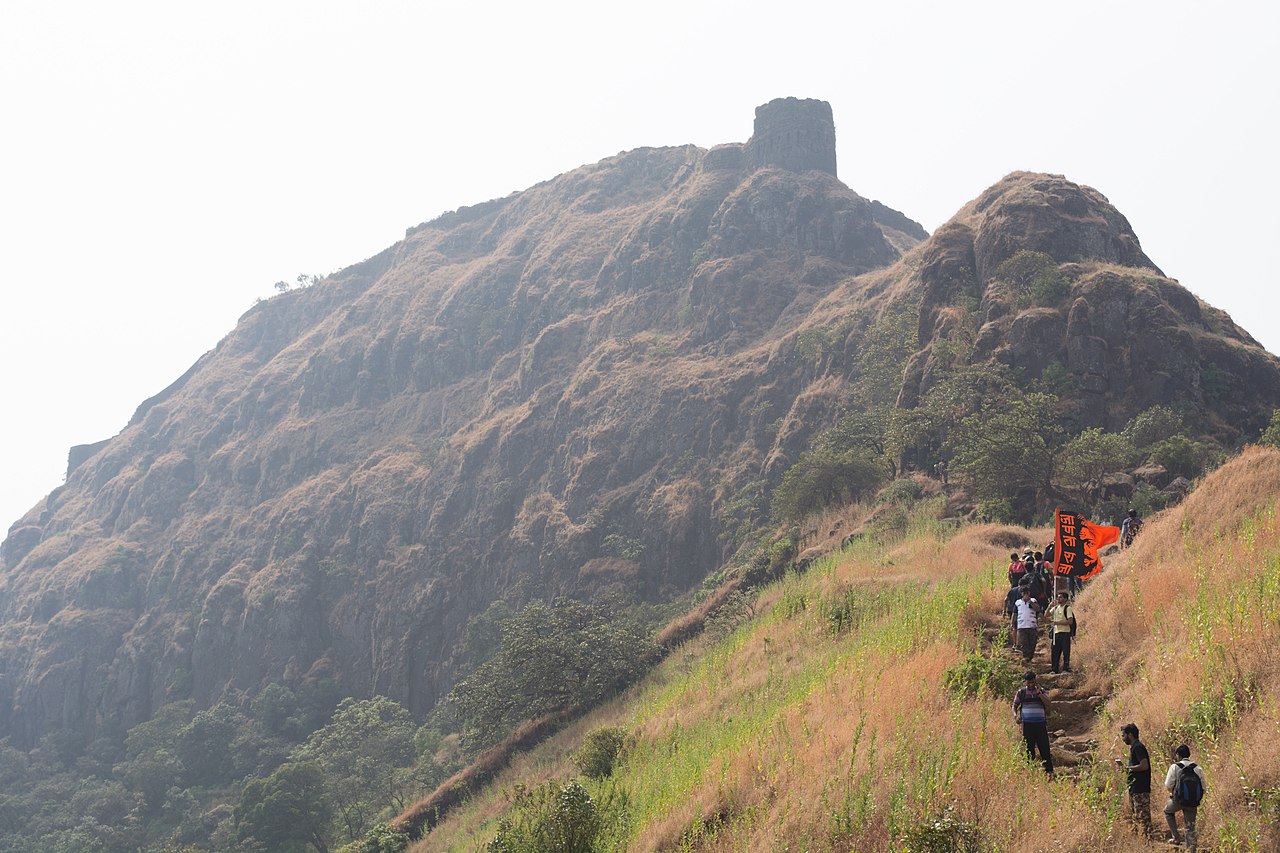 Image Source
Even though the trek is a simple one, you need to pack accordingly. Make sure that you invest in a proper pair of trekking shoes, as there is a chance you might slip wearing sandals and chappals.

The Konkan region is famous for its searing afternoons, so carry a cap and light and loose-fitting clothing to change into, while on the trek. You will need to dress appropriately as well, with clothes that completely cover your arms and legs, as there’s always the chance of an exotic insect biting you when you are moving through forests and such green areas.

To complete the trek, you need two days. In case you wish to camp for the night, you can stay in the vicinity of the Padmavati temple inside the Rajgad fort. The temple can house at least 30 people at one go, making it a logical decision for families and big groups to camp for the night in the safety of the temple.

There is some commercial activity here, so you do not need to worry about packing for eating. You will still need at least two bottles of water while trekking, so make sure that you pack that. When you enter the interiors of the fort, you have vendors selling tea and snacks.

Places To Visit Near Rajgad Fort

Rajgad Fort is in Pune, which has several tourist locations and some contemporary places that you should visit. Here is a brief list of the places you should visit if you are in Pune for a weekend, along with Rajgad fort. 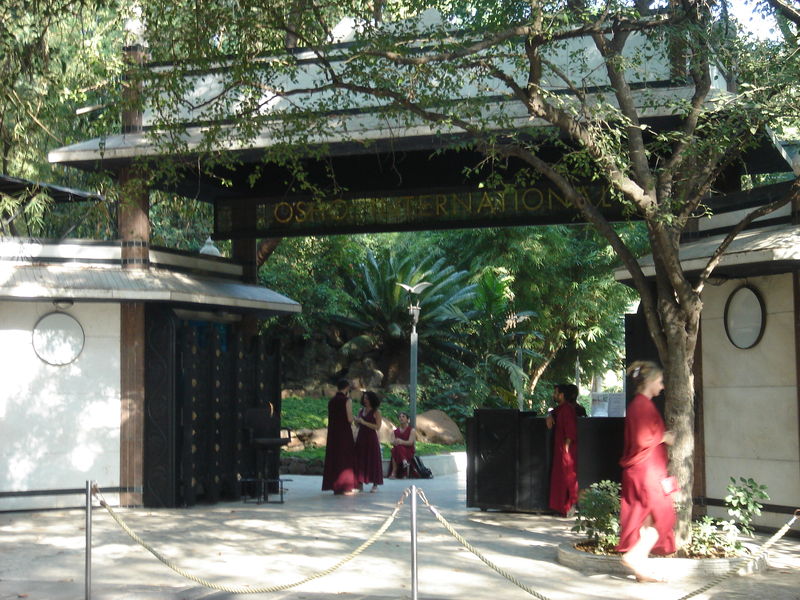 You need two days to explore the fort. Once you have descended, you can visit Koregaon Park, the commercial hub of Pune. Koregaon Park is a two-hour drive from the Rajgad fort. In Koregaon Park, you can visit the Osho Ashram, which is a place you spend a couple of hours. You can also visit German Bakery, known for its unique brand of food that rejuvenates and recharges you.

You can also spend your evening at the Jangli Maharaj Road, or the FC Road and take in all the views and experiences that Pune City has to offer to you.

How to Reach Rajgad Fort?

The distance from Pune to Rajgad Fort is about 35 kilometers. You need to board a bus from Swargate to Gunjanwale, the base village of the Raigad fort. If you are planning to visit Rajgad from Mumbai, you first need to travel to Pune either a bus or a train or via private transport. 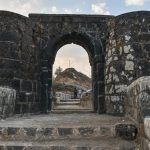 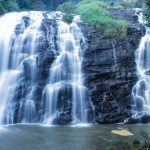