Rasalgad Fort is a favorite among trekkers and lies about 15 KM away from the city of Khed. The Rasalgad fort offers some great views of the nearby area, a quick recap of the architectural designs from centuries ago and is an excellent place to spend an early morning or an afternoon if you time it right. If you are planning to visit Rasalgad, read this article to know more about the place. 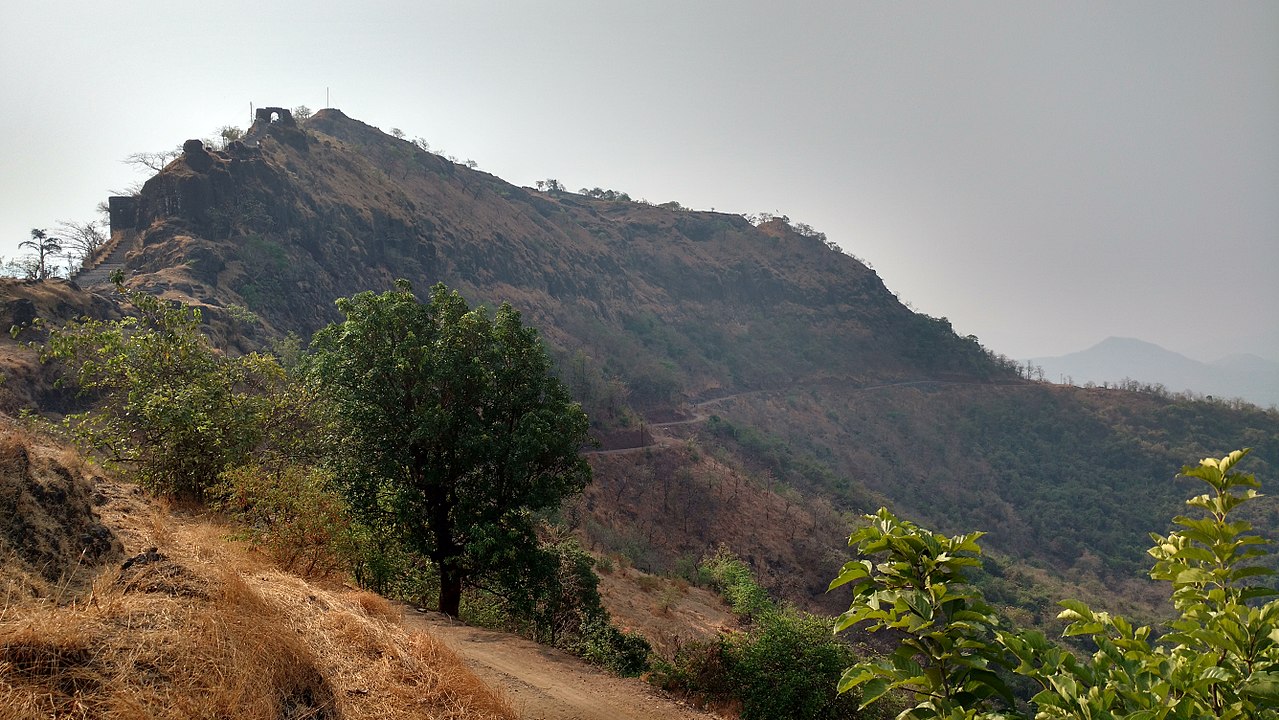 Structures Inside the Rasalgad Fort

The Rasalgad Fort is in excellent condition, beginning from the fortifications, the bastions, the watchtowers to the inner structures. When you reach inside, you first see a recently renovated temple. The entire route from the base village to the fort has strong, well-maintained steps. As you enter the Rasalgad fort, you see an idol of Lord Hanuman in a small-sized temple.

As you move through, you will see several cannons, both big and small. Most of these cannons are by the roadside, not giving any idea of their original location. There is another temple as you make your way to the top of the fort, the Jholai Temple. The Jholai temple has idols of Jholaidevi, Shiva Parvati and Bhairavnath. Along the way, you will see two more small-sized cannons. The temple also has the Dipmala. 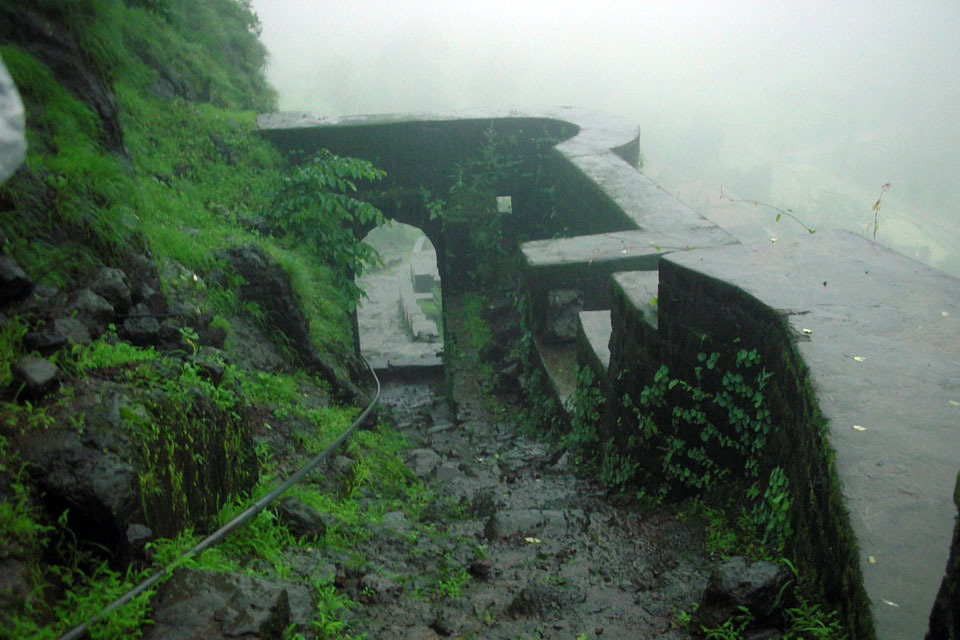 Image Source
The temple has several ancient idols. You also see a lake. Along the way, you will see a Ganesha Mandir with a white Lord Ganesha temple, something unique. Further, you will see what seems to be the remains of ancient grinding stone. You will see such a structure in only a few others forts in Maharashtra. Further up the road, you will see a bastion with three cannons placed in a defensive position, giving an idea of the military intelligence of the Marathas.

You also see a small Hanuman idol, which is unique because the face has a moustache, something rarely seen. Lord Hanuman is usually depicted with a mace, but the idol depicts him with a dagger.

One unique prop in Rasalgad Fort is a cannon that has somehow impaled inside the earth, and there’s little information about how that was possible. It is a rare occurrence, so make sure you look at it. This structure makes it an integral part of the fort tourism in Maharashtra. You will also see various structures that seem like small rock crevices to hold diyas and lanterns. You see a Shiva temple at a distance.

Rasalgad fort is an easy trek, and almost anyone can take part in it. The climb is not steep, and steps are available at most of the patches. You have a lot of empty green land to cover.

Like most of the other forts, the best time to visit this fort is the monsoon season, as the entire area comes alive with its lush greenery. During the monsoon season, you will be able to see small and big waterfalls all along. From this fort, you can see the Jagbudi River and the Madhumakarand fort as well as Palgad. 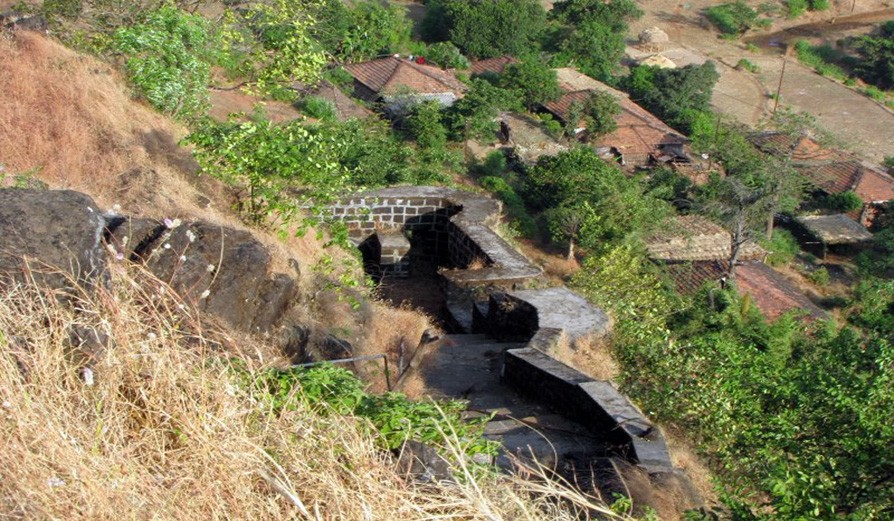 Image Source
If you are traveling during the summer season, this same environment will be sticky and prickly, and the heat will get to you. So, make sure that you pack sunglasses, suntan, and other such necessities.

There is no commercial activity around, so make sure that you pack water and some eatables. One important aspect to remember during a trek to any of the forts is that the villagers are generally helpful. The temples sometimes allow trekkers to stay overnight. However, be cordial with the villagers and ensure that you do not rub them off the wrong way.

Places to Visit Near Rasalgad Fort

Rasalgad is in Khed, which is an excellent tourist destination. Khed is about 40 minutes away from Rasalgad if you drive, but the places that you can visit are something like a three-hour drive. 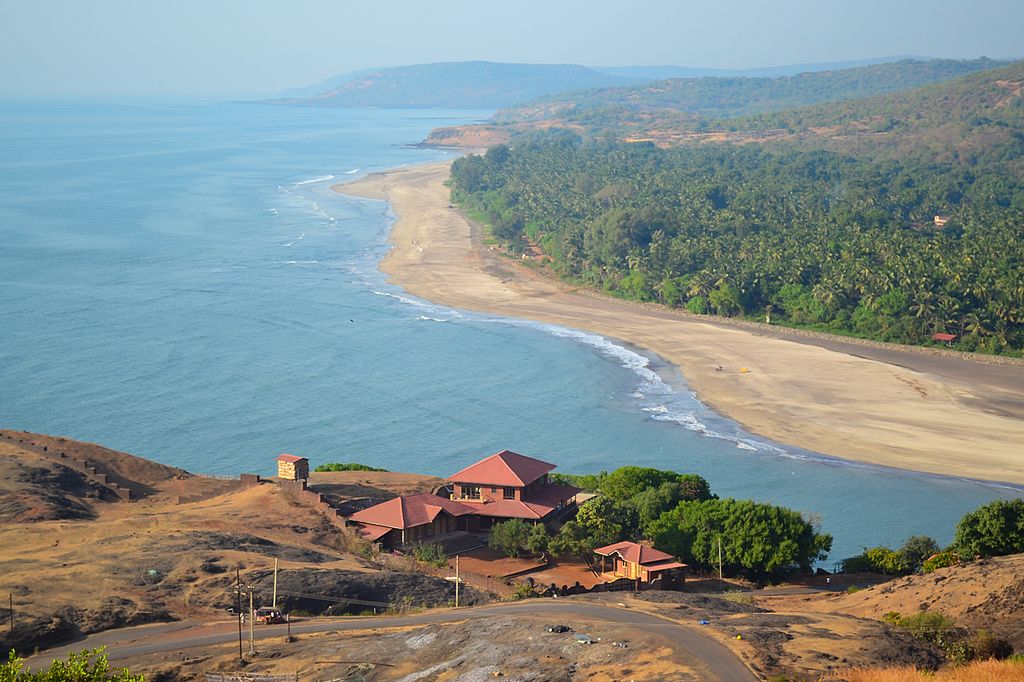 Image Source
Head over to the Anjarle Beach, the one location that allows you to walk on the beachfront and take in the calm surroundings.

You can go to Harnai Beach, which is about two hours away from the Rasalgad fort. The people visiting the beach will be able to experience the village life as well.

How to Reach Rasalgad Fort?

Rasalgad is on the outskirts of Kolhapur and Kolhapur is well connected via road, rail, and air to all the major cities, including Mumbai and Pune. Rasalgad is at more than two hundred kilometers from Mumbai. It will take you something between five to seven hours to reach Rasalgad from Mumbai. 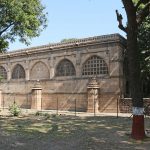 Visit The Siddi Sayed Mosque: The Most Famous Mosque in Ahmedabad (2022) Previous 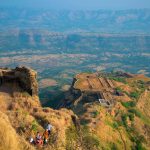 Visit Rajgad Fort: The First Capital of the Maratha Empire (2022) Next