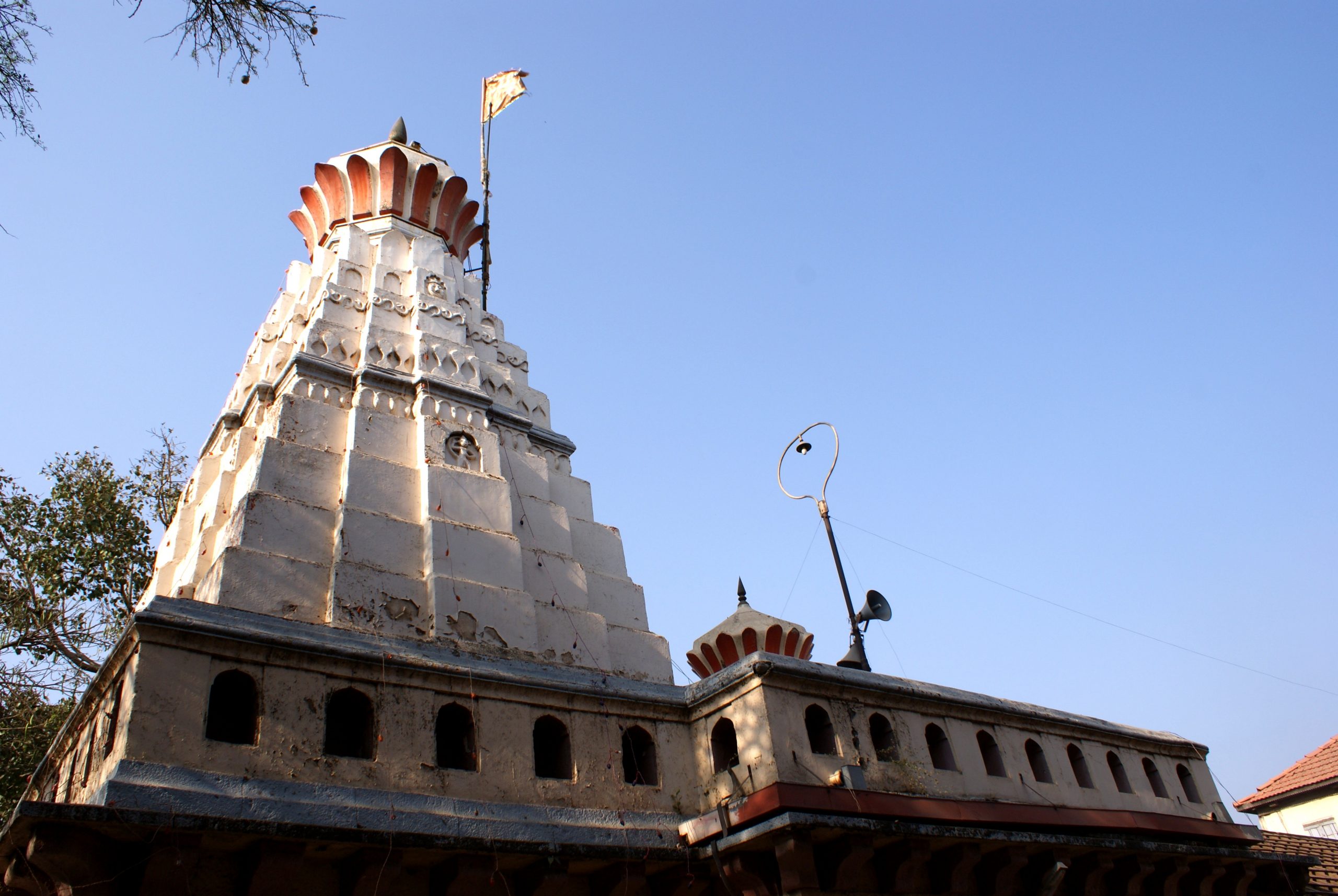 9 Amazing Temples to Visit in Pune

Pune is the place where Lokmanya Tilak celebrated Ganesh Chaturthi in 1894. Pune is also one of the many places in the Konkan area that have several temples and other places of religious importance. Each of these places is at least an hour’s drive from Pune, some of them even a four-hour drive, so plan accordingly. Here is a list of all the temples that you must visit in Pune.

The Chintamani Temple is an important religious and cultural place in Pune. It is one of the largest temples dedicated to Ashthavinayaka, the eight shrines which is spread across Maharashtra and are dedicated to Lord Ganesha. Tradition states that the idols of all the eight shrines are Svayambhu (self-formed), and no human has any role in creating them.

The Chintamani temple in Pune is an incredible view with an architecture that’s proof of the Maratha and Hindu culture grandeur. The Ganesh idol is unique because no human hand has created it; it has a mystique of its own. This temple is in Theur. It is in the Haveli taluka of Pune district and at the spot where the river Bhima and Mula-Mutha meet. This spot is about 8 km from Pune.

The Bhuleshwar Temple is one of the most prominent places in the religious arc in Pune. It is about 45 km from Pune and is on the Solapur highway. There is a lore that it was built in 1200 while others say that that the Pandavas built it during their time. It is a temple dedicated to Lord Shiva and has a Shiv Ling. Like every temple, even this one has folklore about it. One of them says when the devotees offer pedhas, one or more of them disappear. This is also one of the few temples that have Ganesha in feminine attire, known as the Ganeshwari and Ganeshyani. The architecture and carvings on the walls create a calm and serene atmosphere that imbibes a spiritual environment. 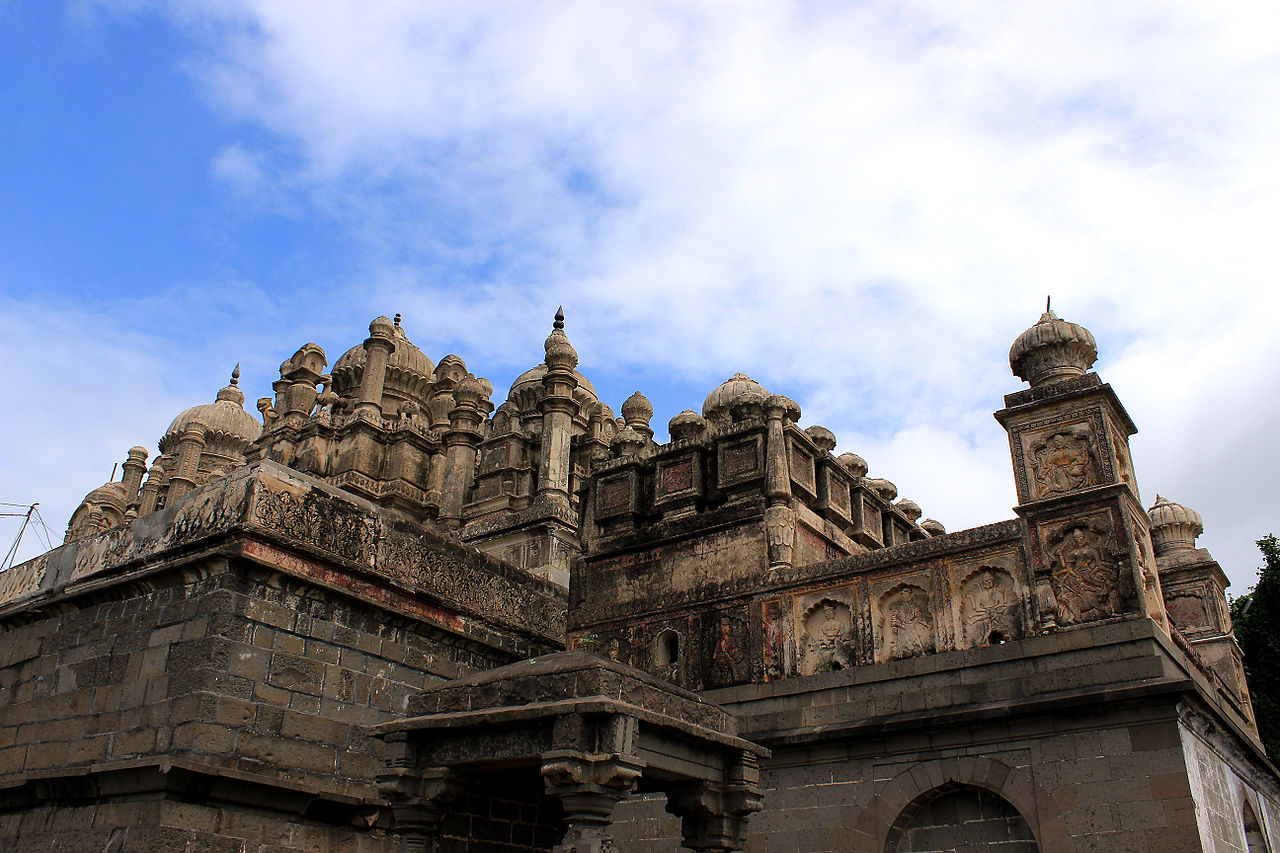 Jejuri is the temple that’s inspired songs and ballads for decades. It is in Jejuri town and is dedicated to Khandoba. Devotees believe that Khandoba is the manifestation of Lord Shiva. The temple is famous for the presence of turmeric and yellow all around. This is a bit of a trek, more than a hundred steps, so you will need to take care of the elders. The interesting part of this temple is that it is in a fort. Jejuri is about 50 km away from Pune. 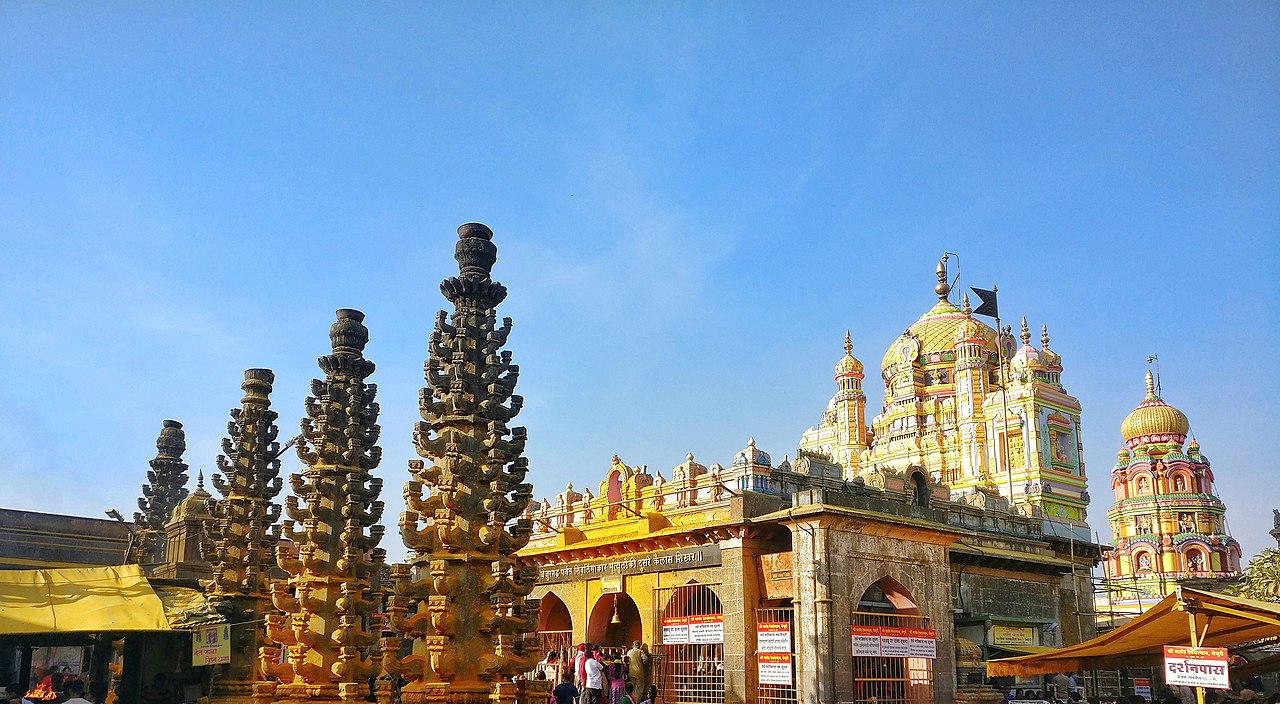 Veer Mhaskoba is a temple in honor of Shreenath Mhaskoba, an avatar of Lord Shiva. There’s old lore surrounding this time about Lord Shiva and his devotee, Kamlaji. The lore says that Lord Shiva came to the village to guard it, pleased with Kamlaji’s devotion. There is also a yearly pilgrimage, something that started since the times of King Shahu Maharaj. The temple is on the banks of the river Purnaganga. The Veer Mhaskoba temple is on Jejuri road and about 50 km from Pune. 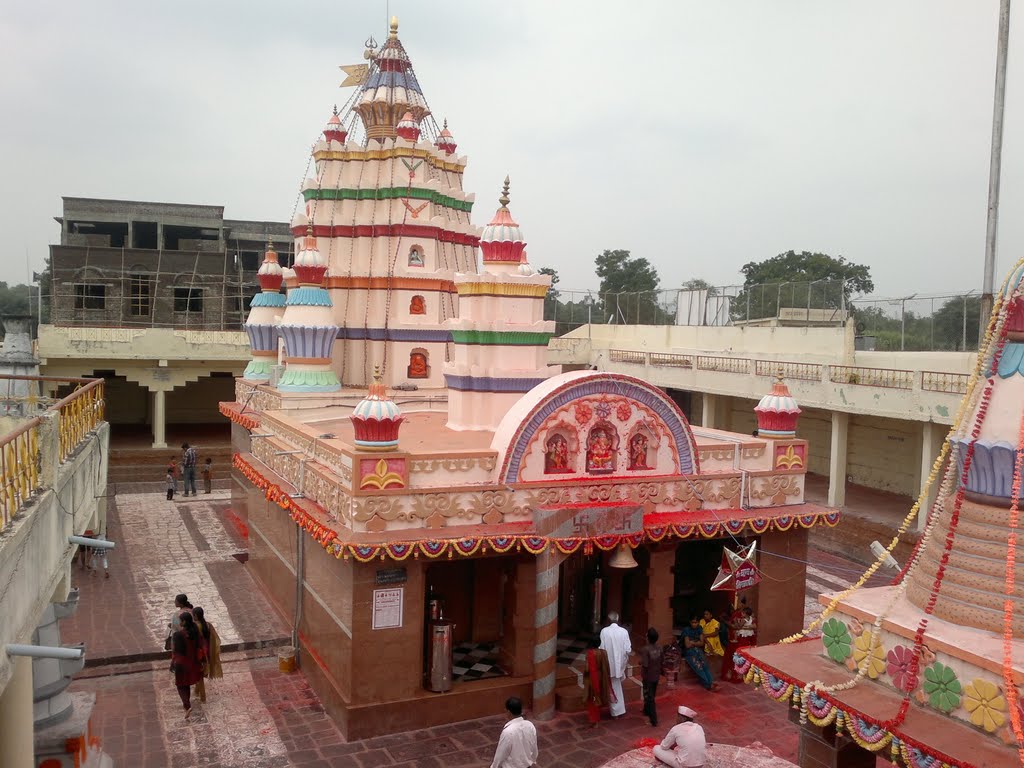 Changa Vateshwar temple is at the foothills of the Purandar fort. It is in Narayanpur village. It is on the outskirts of Pune, around thirty kilometers away from the Pune city. The Changa Vateshwar temple is about 35 km from Pune, in Saswad. The temple is about 700 years old. The architecture here is termed Hemadpanti architecture. The temple is in honor of a mystic yogi, Changdev Maharaj. There are various idols, including one of Nandi.

As the name suggests, this is a temple in devotion to Lord Shiva. It is about 50 km away from Pune and is at the foothills of a mountain. It is a 2 km steep climb, so you need to ensure you can climb that. The temple is popular because of the statues that depict various scenes from Ramayana and Mahabharat. For example, Lord Rama’s travel towards Lanka is depicted, there are various idols of Lord Shiva and Lord Ganesha as well.

The Sangameshwar Temple is one of the oldest Shiva Temples in Pune, Maharashtra. It is at the meeting point of the Karha and the Chamli river. The architecture is mesmerizing. The carvings and the statues in the pillars and domes tell a fascinating story of India’s culture and history. 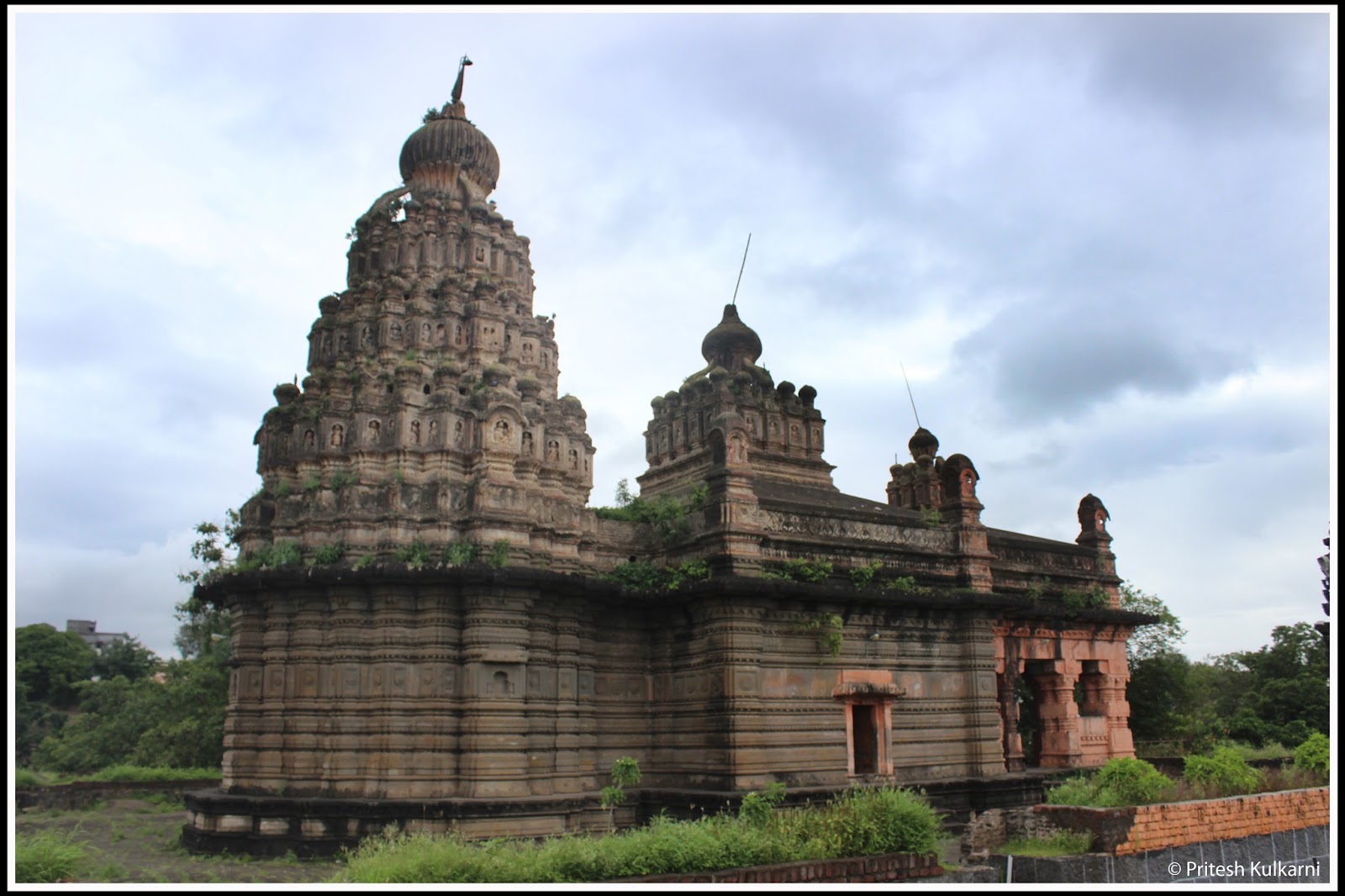 This temple is a Jyotirlinga shrine, a devotional representation of Lord Shiva. It is about 50 km from the Khed Taluka near Pune and around 120 km away from Pune. The place is the origin of the Bhima River. There are only two other Jyotirlinga shrines in Maharashtra, Trimbakeshwar, and Grishneshwar. There is a total of 12 Jyotirlinga across India. A dense forest surrounds the temple, and you will see many exotic and rare flowers around the temple, giving it a calm and serene ambiance, away from the hustle and bustle of the city.

You will see the Nagara style of architecture, a distinct composition that is a unique visual. The temple itself dates to the 13th century, and the Maratha Leader Nana Phadnavis built the Shikhara in the 18th century. This is a unique temple, as the bell at the entrance has an idol of Mother Mary with Jesus. 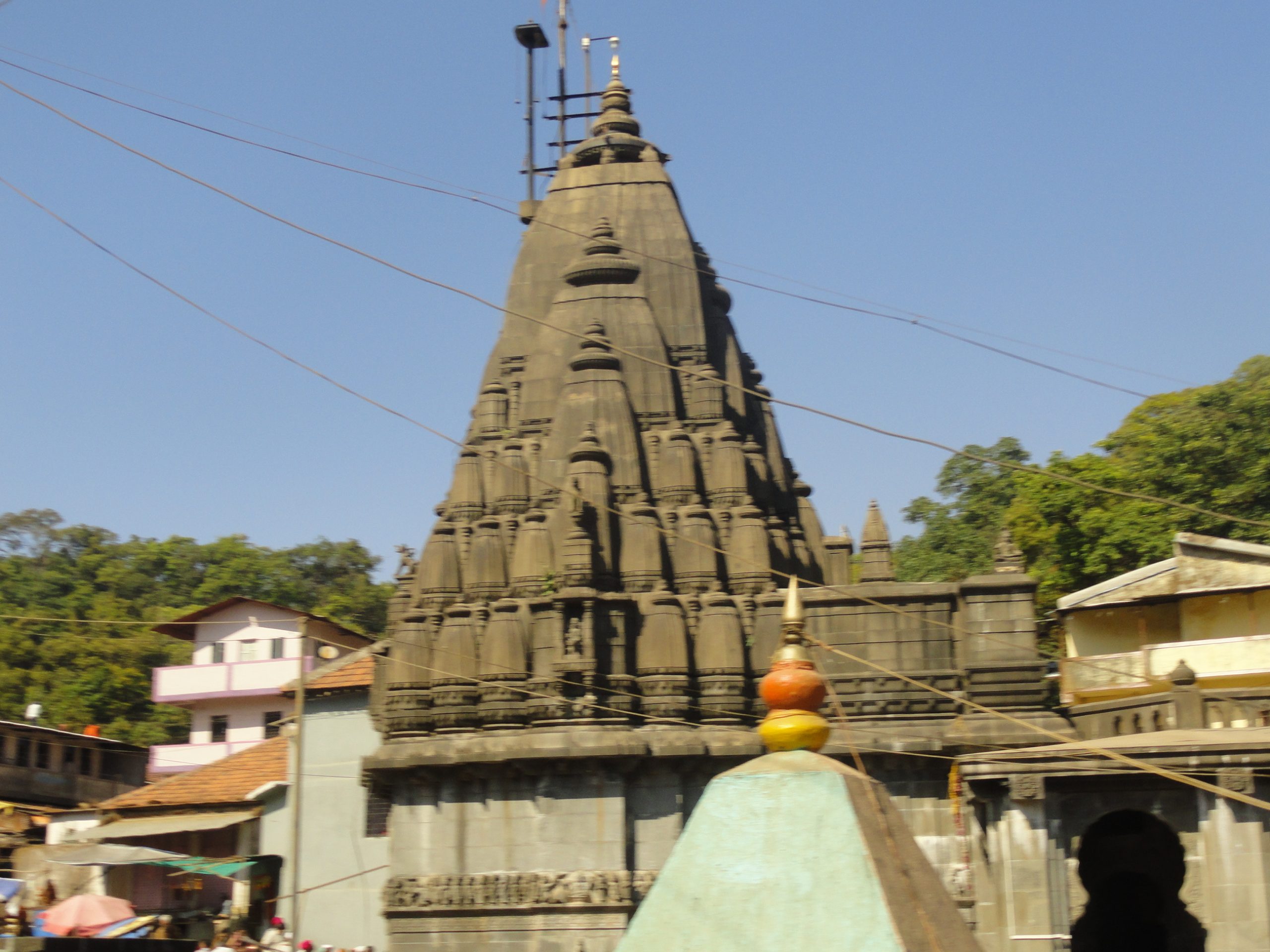 This temple is also called as a Mini Turumala Venkateshwar Temple as it is a replica of Original Tirupati Temple in Tirumala. All the idol, wood carvings, and the sanctorum, at Balaji temple of Ketkawla in Pune is made similar to the ones in the original Lord Venkateswara Temple at Tirumala. Construction of this temple began in 1996 and was completed in the year 2003. Total construction cost of this temple was roughly around 27 Crore Indian rupees which was borne by the V H Group. Balaji temple of Ketkawla in Pune is located on Pune Bangalore Highway at a distance of 60 kms from Pune. 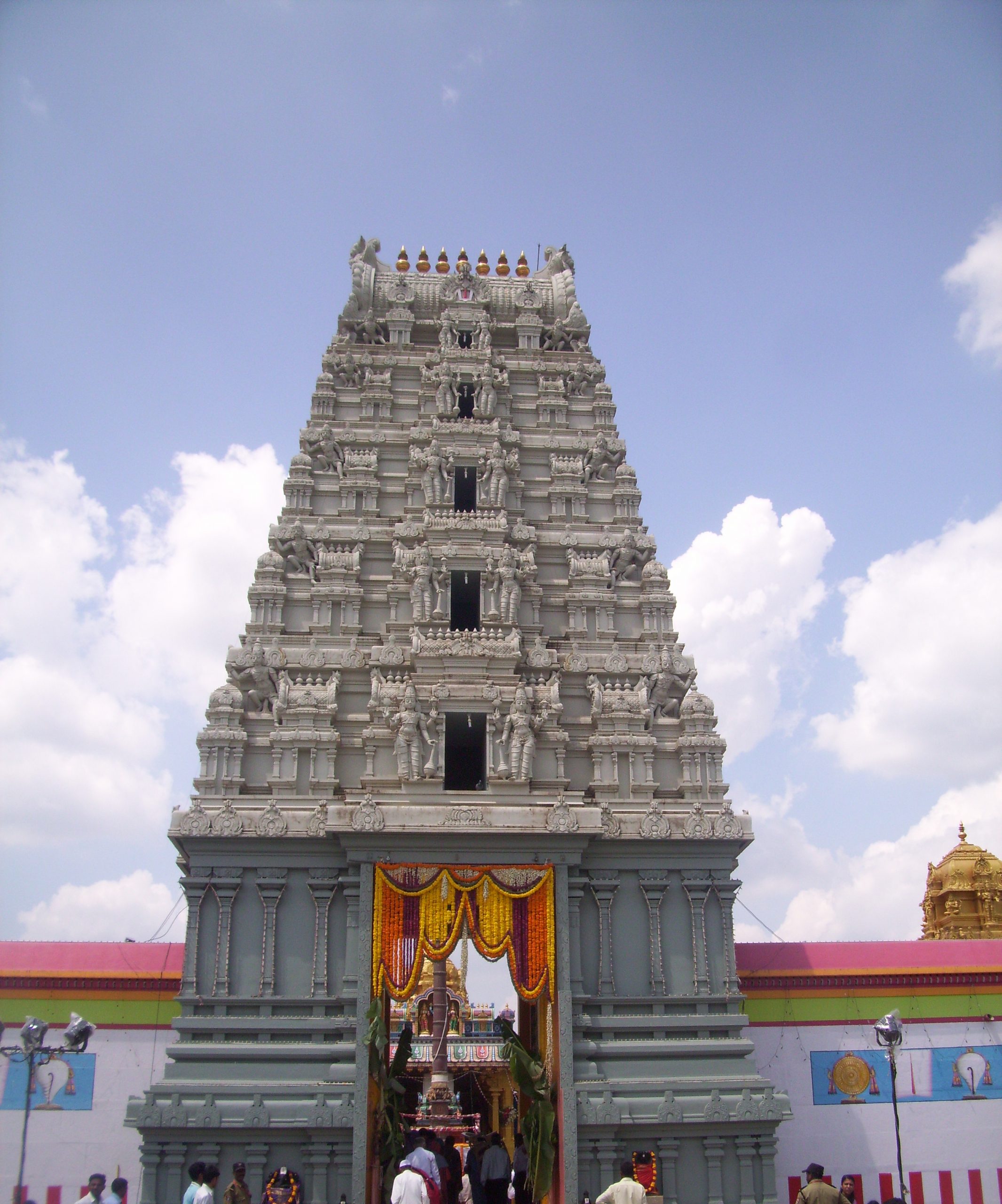 These are some of the most popular temples in and around Pune. These places are of religious sanctity, so be sure to maintain decorum and respect the traditions and culture of these places. Also, keep in mind that in some places, you will be able to pay for a quick darshan, while in other places, you will get a quick darshan if the place is not very crowded. The common statues and artifacts you see in these temples are deepmalas (long vertical lanterns with a place for hundreds of diyas.

Another common aspect of these temples is the carvings of idols and statues out of the temple walls. While going on a temple tour, it is suggested that both men and women do not dress provocatively or do anything that makes them stand out of a crowd. You might see some time-honored traditions that you do not particularly care for but remember there are several urban activities that people from these parts find different as well. 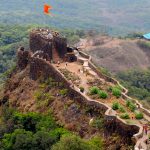 Pratapgad Fort: Historical Importance, Geographical Location, Structure, Attractions Inside, Things to Do Nearby, How To Get There (2022) Previous 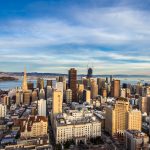 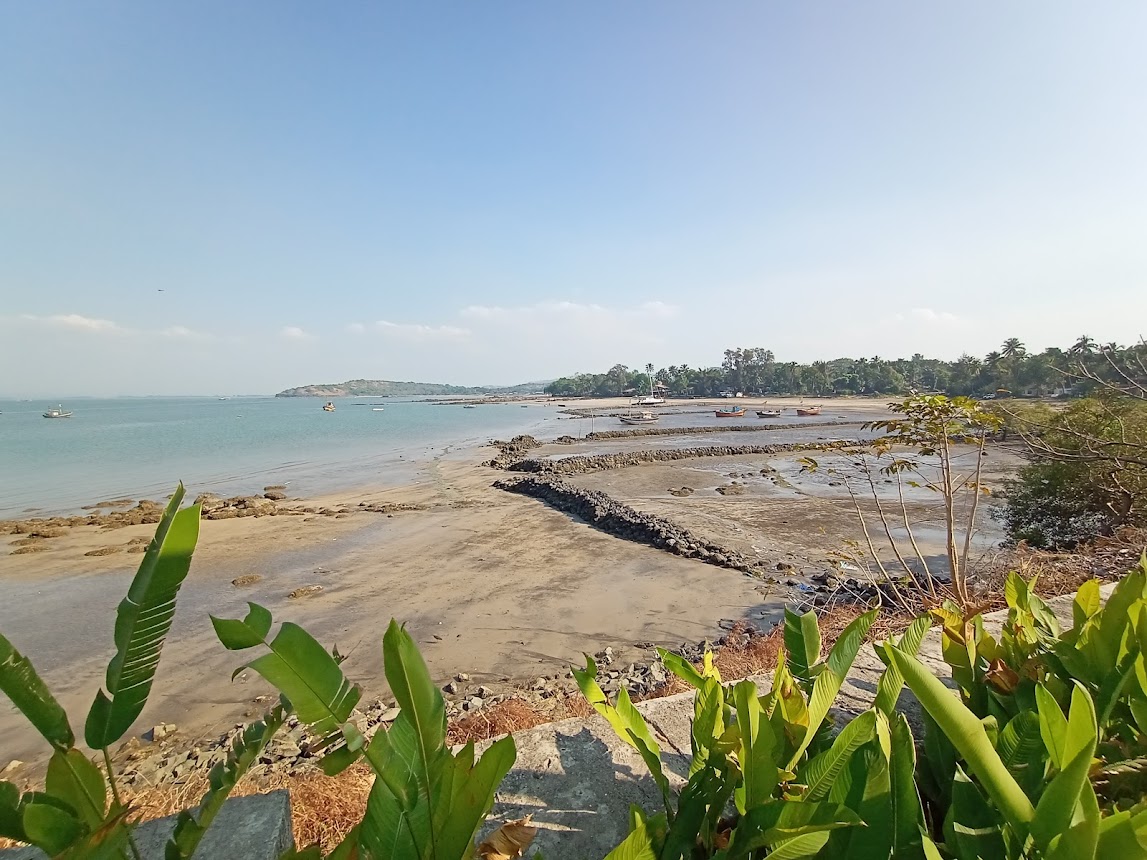 7 Most Happening Weekend Destinations from Pune (2022) 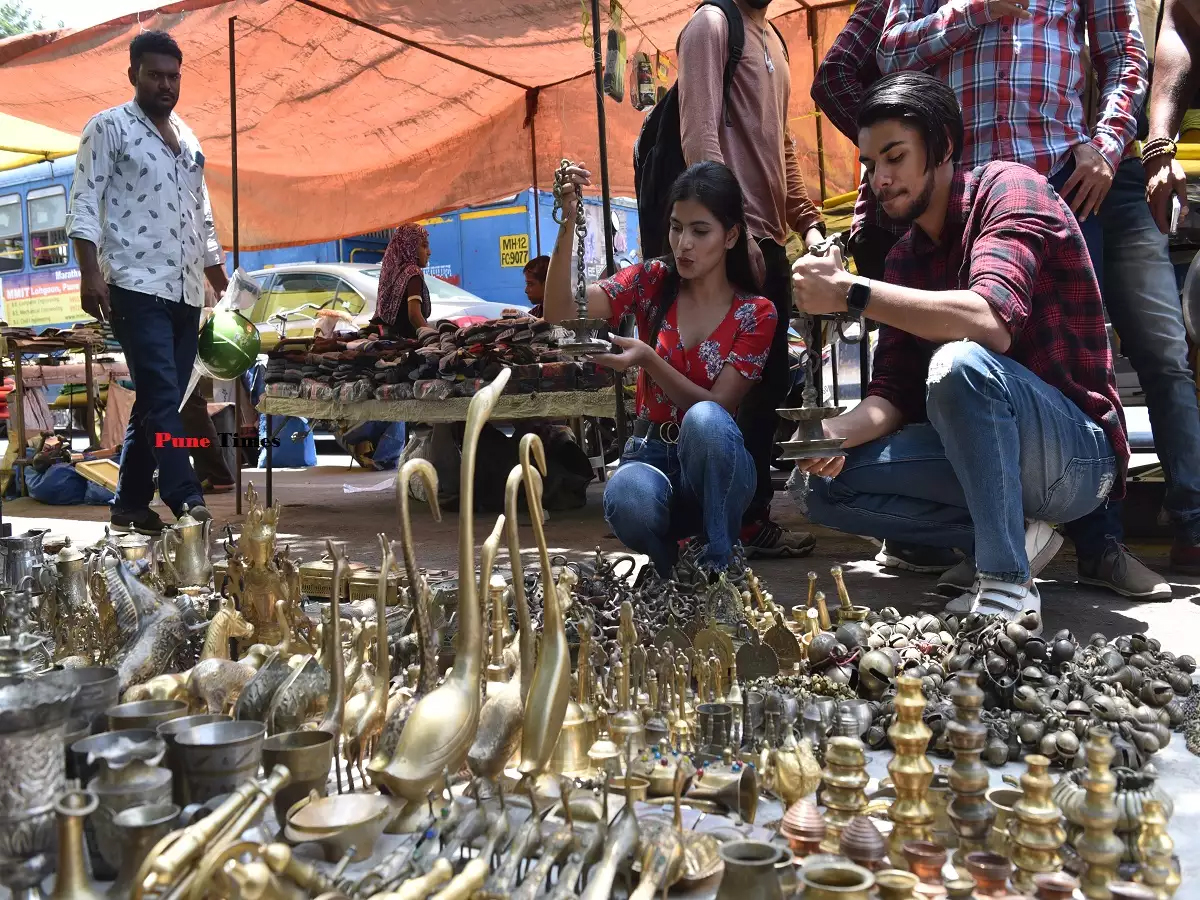 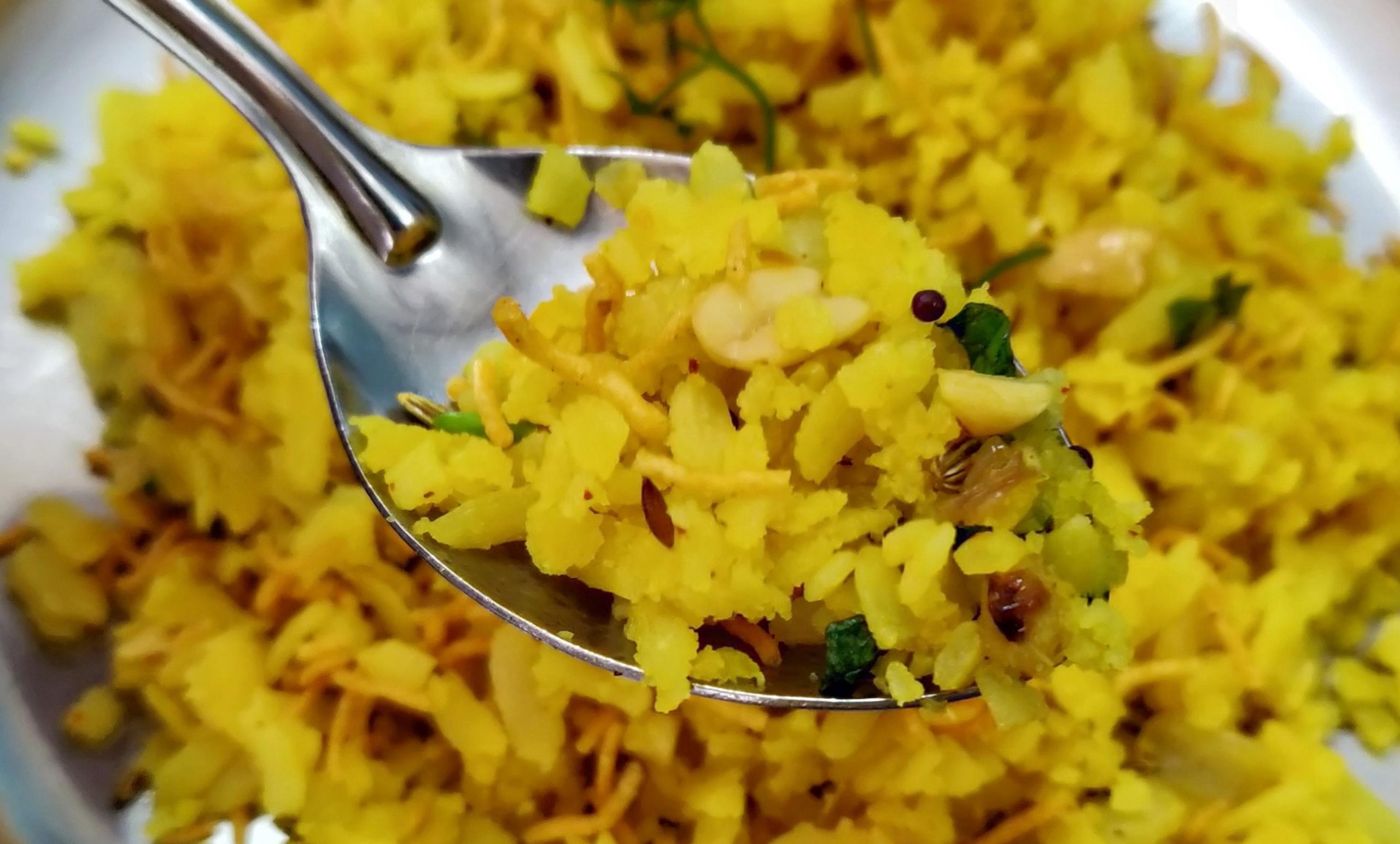