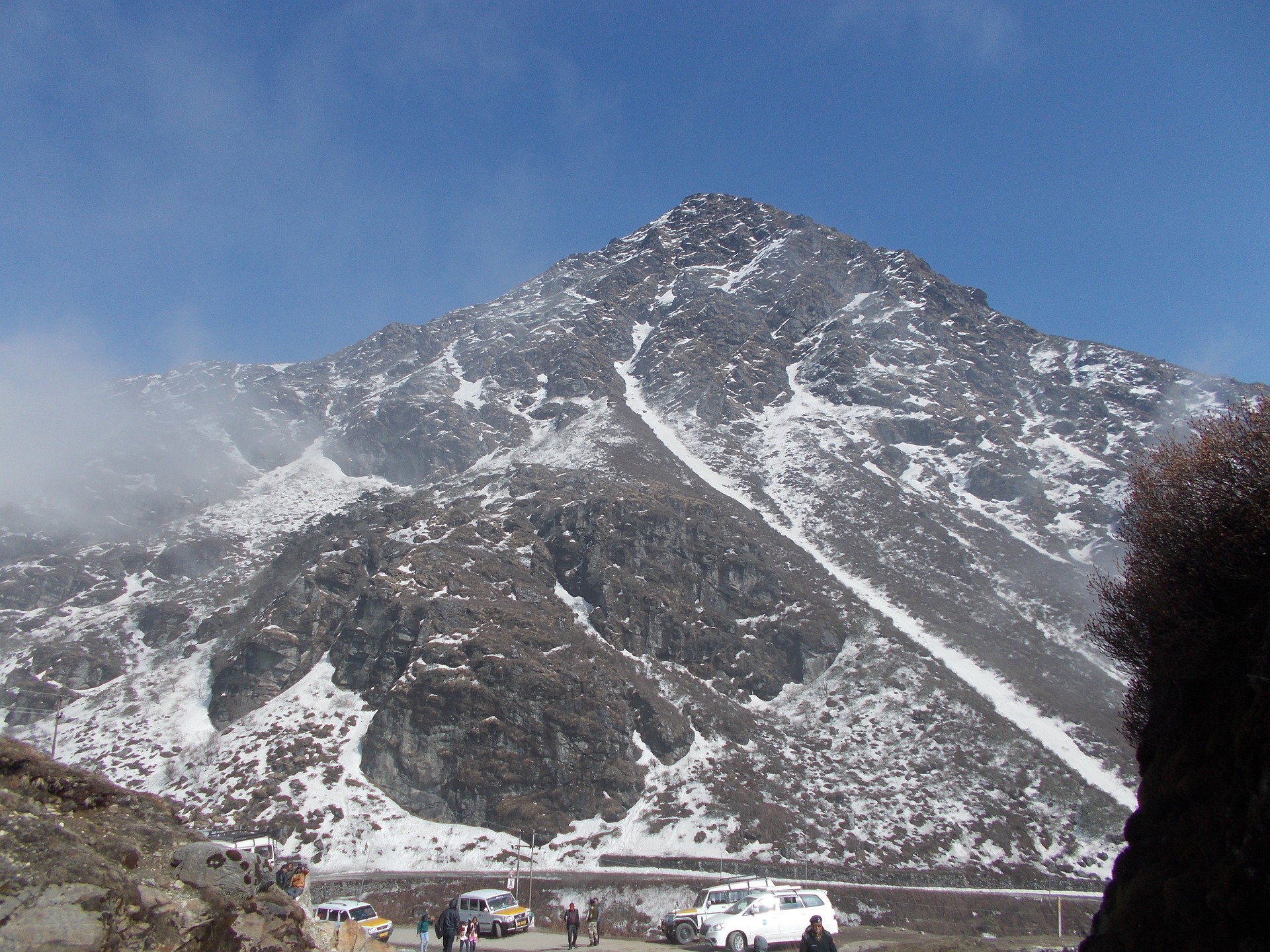 Gangtok Travel: Things To Do And See In The Capital Of Sikkim (2023)

The largest town and the capital city of Sikkim is Gangtok. At an altitude of about 5410 ft, Gangtok is nestled in the Eastern Himalayan range. From the Gorkhas to the Lepchas, it is home to a number of ethnicities. Often considered to be the base of a trip to Sikkim, Gangtok initially became popular as a place of pilgrimage, cradled between the Ranikhola and Roro Chu streams.

On a car ride for Gangtok travel, one can see several trees of poplar, oak, and birch, native to Gangtok. Buddhist monasteries, celestial lakes, and deep, captivating valleys – Gangtok has it all. You can visit this commendable destination between the tenure of March and mid-May.

Things To Do and See in Gangtok- Capital City of Sikkim

Here is a list of places that are specially curated for you so that your experience while in this heartthrob destination is terrific!

Nathula Pass is one of the highest roads in the world that is motorable. It is a pass in the crevices of the peaks of the Himalayan mountain range, joining China and Sikkim. 14450 ft above the sea level, Nathula Pass is located on the Indo-Tibetan border. 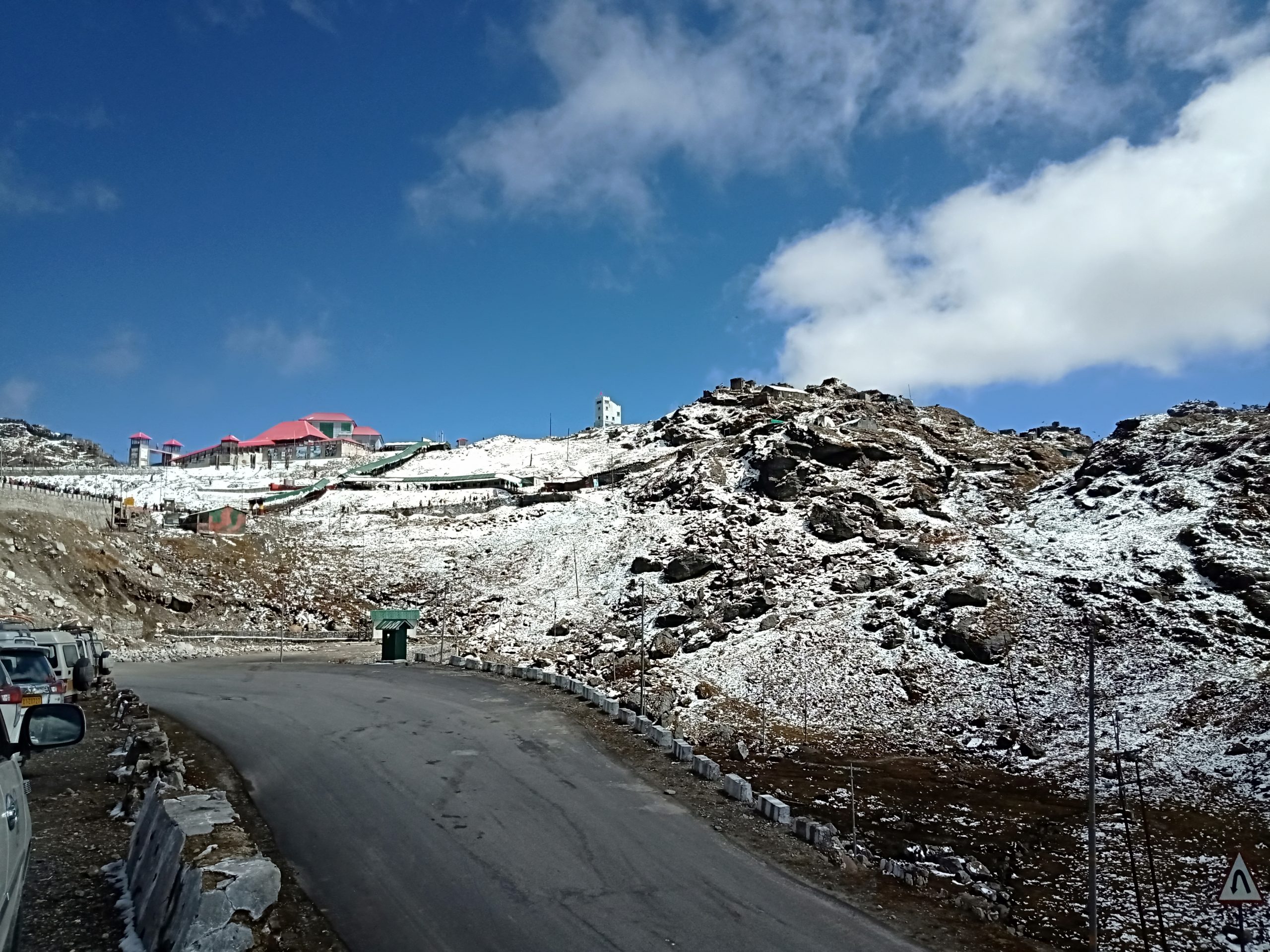 One of the essential passes in the country, Nathula, is famous for its terrific views and its cold temperatures. With the summer heat rising in the rest of the country, the Nathula Pass offers you a welcome break. The Nathula Pass will have a lot of snow during winter, and although that is a beautiful experience in itself, the best time to visit is from May to November.

At the heart of Gangtok, lies MG Road. Often described as the busiest place in Gangtok, MG road has flower shops, garment shops, food joints, restaurants, grocery shops. One can shop for shoes, dresses, or tokens that might take back home, scarves, woolens, and more. It is an open square around which the market is built. 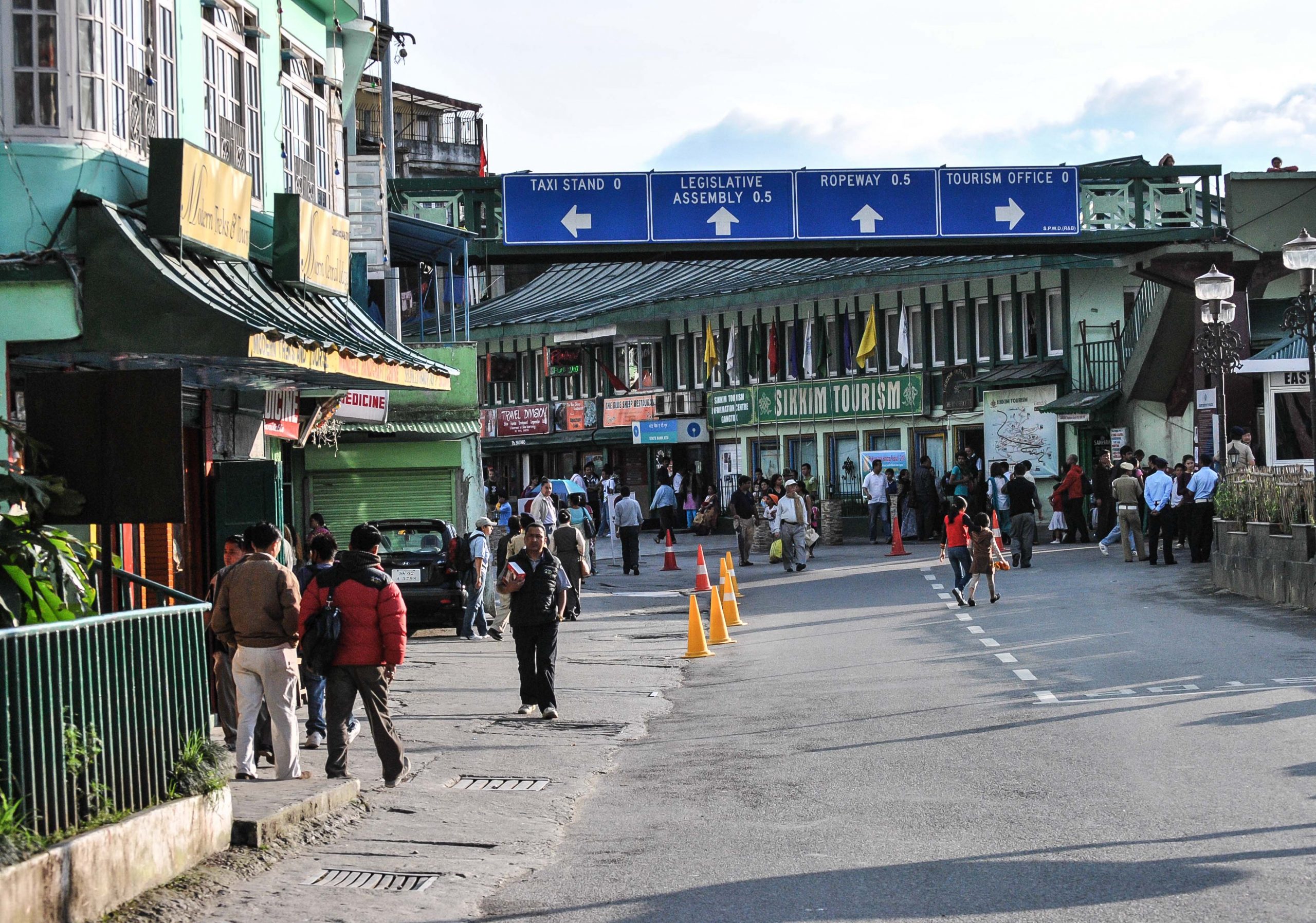 One can go crazy with shopping or merely take a walk. The ambiance of MG road is unbeatable. It is quite clean, and this goes as a notable addition to the appeal. Vehicles are not allowed to enter this zone. Food is a major attraction here. From Tibetan to Indian to Chinese cuisines, all of it is available here. There are also food festivals held here towards the end of a year. Amidst the Victorian era lamps and the silent benches, MG road paints the perfect picture for an evening out in Gangtok.

Peeking from a hill, the Rumtek Monastery is located about 23 km from main Gangtok. It is one of the most massive and significant monasteries in Gangtok. Initially, it was known as the Dharma Chakra Centre and now belongs to the Buddhist sect called Kargyu, which comes from 12th Century Tibet. Lush green mountains cradle the monastery and make it a center of peace and spiritual energy. 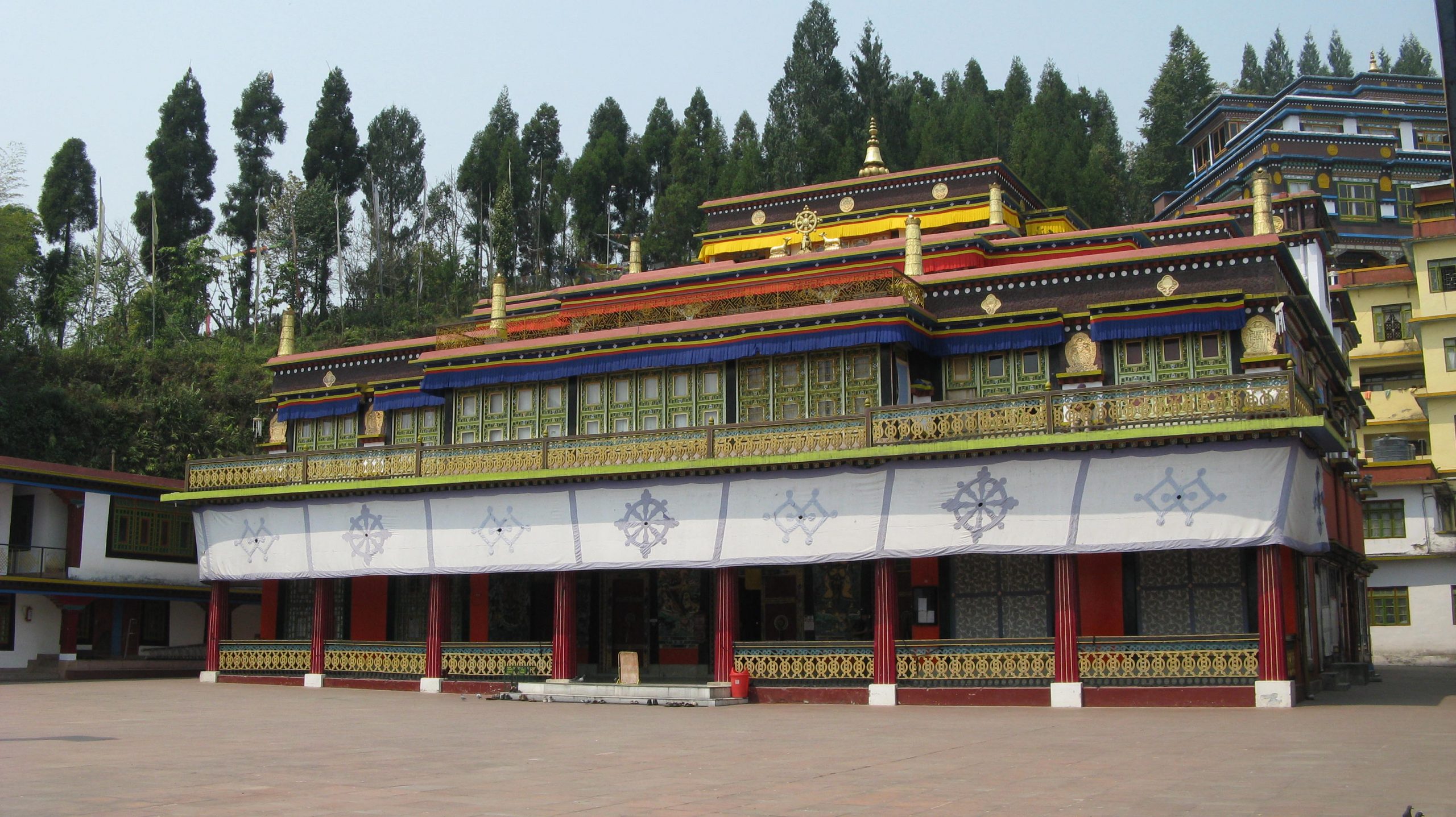 From the top of this monastery, one can see the entire of Gangtok. The architecture of the Rumtek Monastery is breathtaking and exquisite. The shrine temple in this monastery is one of the most solaces filled place ever. The monks are seen all around, often passing in between lessons. The center is an open space around which are several quarters for the teaching and training of young monks. It has a widely known and well-preserved golden stupa and several ancient scriptures, and the magnificent prayer hall is flanked by statues and murals all around.

Nestled between the surrounding mountains at an insane altitude of 12400 ft above the sea level, the Tsomgo Lake is one of the very selective few lakes in India at such a high altitude. It is more popularly known as Changu Lake. Located in the Gangtok- Nathula highway, Tsomgo is part of everyone’s Gangtok Travel plans. It is beautiful even to sit on a rock at Tsomgo Lake and see the streams formed by the Lake’s water on the uneven rocks. Surrounded by snowy mountains and dense forests, Tsomgo Lake will leave you feeling speechless. The water that rushes into the Lake is the water from the mountains and waterfalls nearby. 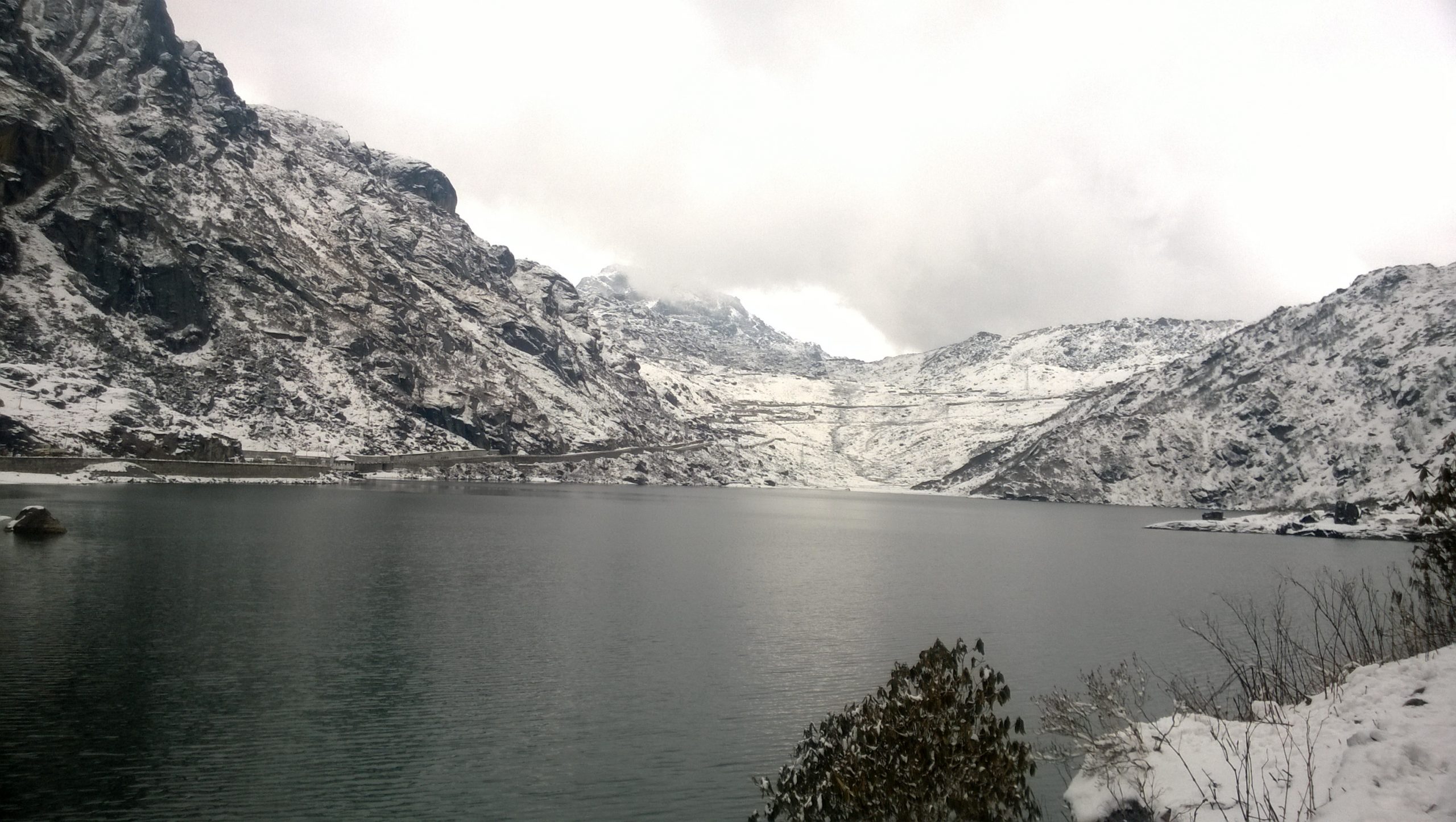 En route the Tsomgo Lake, one can even stop at one of these waterfalls. However, in winter, Tsomgo Lake is always found frozen. Thus, the best time to visit this place is from March to mid-May. During these months, one can even see the abundance of flowers that grow around the Lake. ‘Tsomgo’ in the language of the Bhutias means ‘the water source ‘as it is extremely significant in terms of culture and religion to the Bhutias. It is considered to be a sacred lake by them.

Comparatively, a small temple, Ganesh Tok, is one of the points in Gangtok for a terrific view. The best time to visit is the morning for its enchanting views. The Kanchenjunga can be seen from here in all its glory. The mountains rise all around covered by snow. Dedicated to Lord Ganesha, this temple makes one a little more in touch with nature. 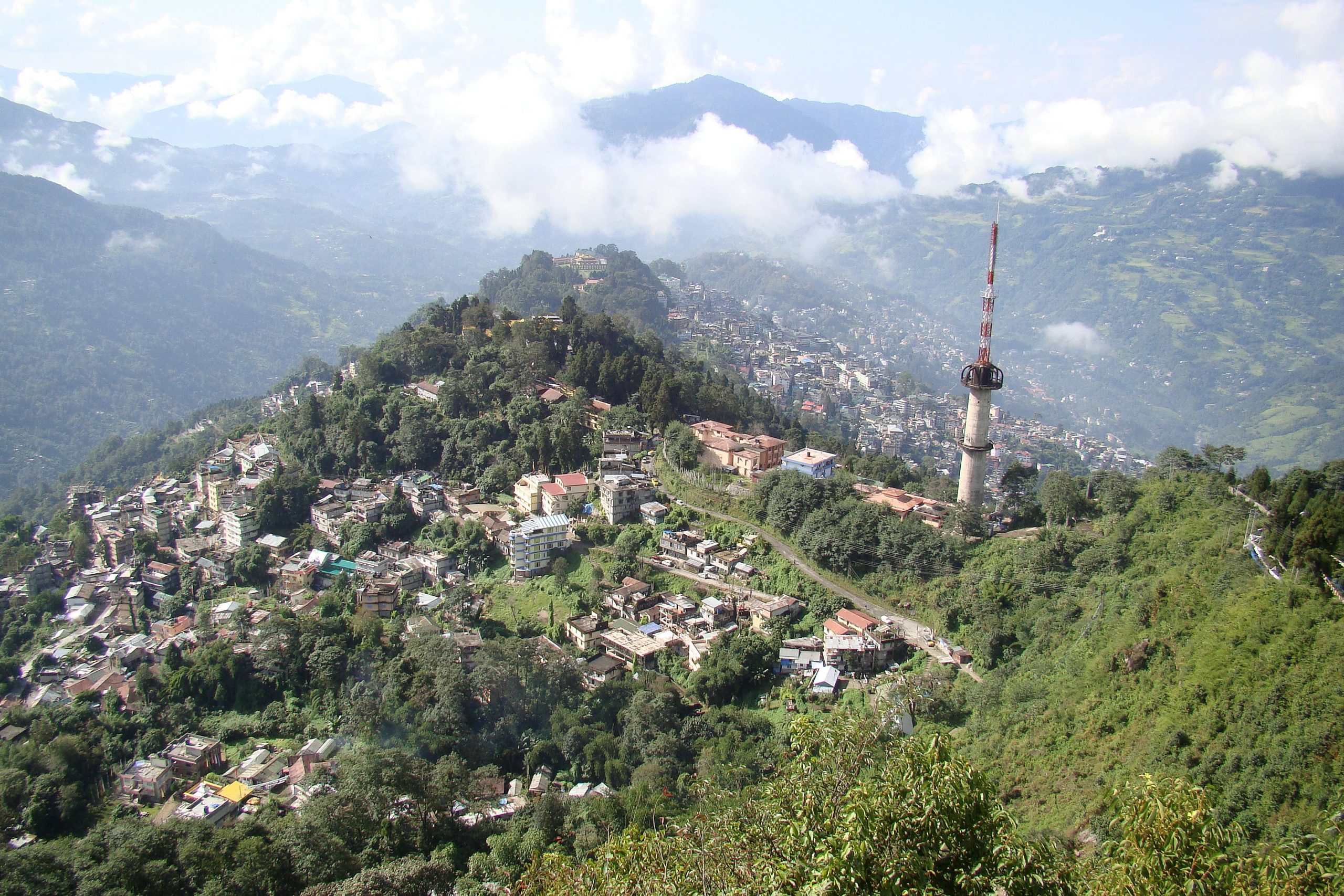 The environment here is soothing and comfortable, to say the least. Being extremely tiny, it can accommodate only one person at a time. Flags in a variety of colors are tied along the staircases. Shoes are meant to be kept safely where told and hands to be washed right before one enters the temple. The balcony in front of the temple is the spot where tourists flock to. Nestled between hills, forests, and waterfalls, Ganesh Tok is usually full of tourists.

Dedicated to Lord Hanuman, right near the Ganesh Tok is the Hanuman Tok. Bigger in terms of space than its neighboring tok, Hanuman Tok sits at the height of 7200ft and is about 11 km away from Gangtok. This point, too, offers a terrific view of the Kanchenjunga mountain range. 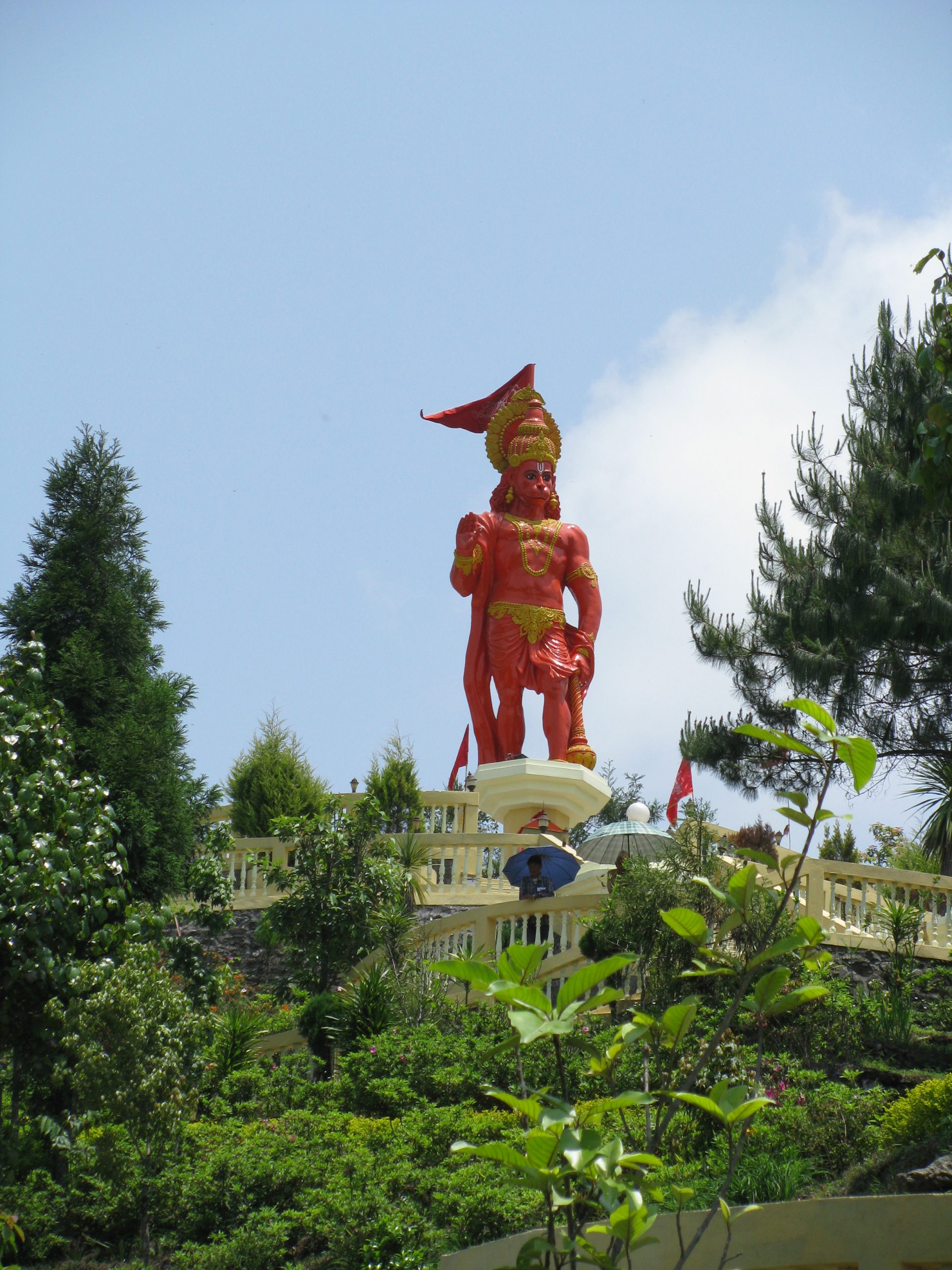 With the obvious religious importance it has, Hanuman Tok makes for a peaceful visit to a temple amidst all the exciting activities that Gangtok Travel offers. Known widely for having fulfilled the wishes of its visitors and devotees, Hanuman Tok is a must-visit when in Gangtok. From nature enthusiasts to photographers, from travelers to religious tourists, Hanuman Tok is the perfect spot for you.

Flowers from all over Sikkim in a single place can be found at this exhibition center of flowers in Gangtok. Nature lovers are often found to flock to this center for the magnanimity of the variety of flowers that can be seen here. It can be walked to from MG Marg and is located right under the Ridge Park. This place also holds an annual flower exhibition from April to May, and this is a must-watch for all those who love nature and especially flowers. Different flowers on both sides flank stairs here. 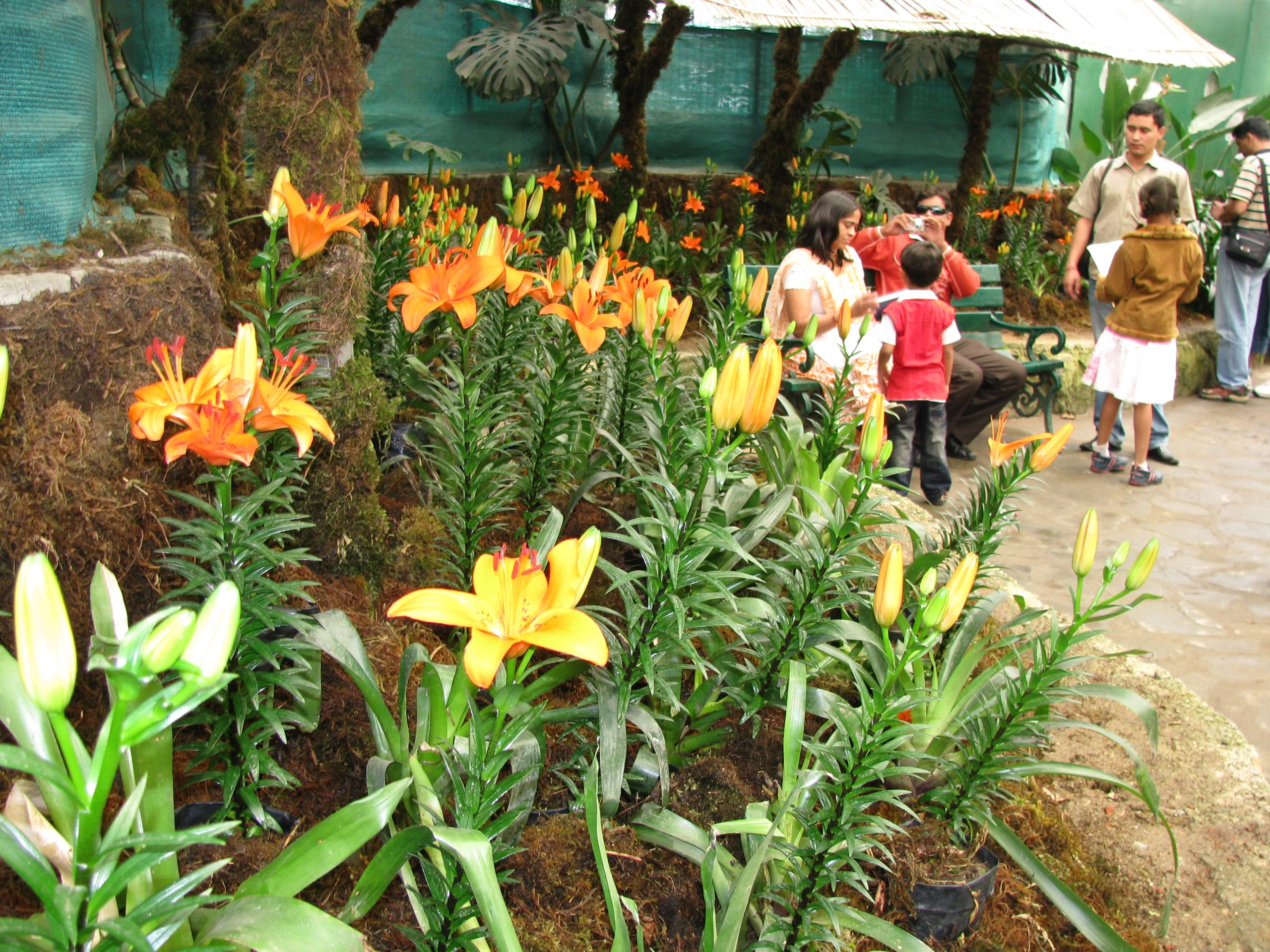 Lilium and Anthurium are some of the rare species of orchids found at the greenhouse here. There is a flowery fragrance that welcomes you throughout your visit here. An excellent spot for clicking pictures amidst the variety of colorful flowers, one can even choose to sit and stare breathlessly at the beauty around them. There is also the presence of a man-made water pond and a bridge over it for the visitors to take a leisurely walk while they take in the enchanting nature around them. If you climb to the top, you might even find a waterfall.

Be it a trek walking all the way or a ride on a hired motorcycle, the road filled with rhododendrons while you pave your way through the chilly weather of Gangtok gives you the kind of peace you are looking for after months of working hard. Gangtok Travel has in store for you all that you can imagine and all that you can’t. From quaint, old monasteries to the snow-capped mountains, from the beautiful Tsomgo Lake to the daunting Nathula Pass, Gangtok gifts you with some of the most amazing and unique experiences India has to offer. 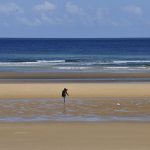 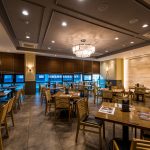 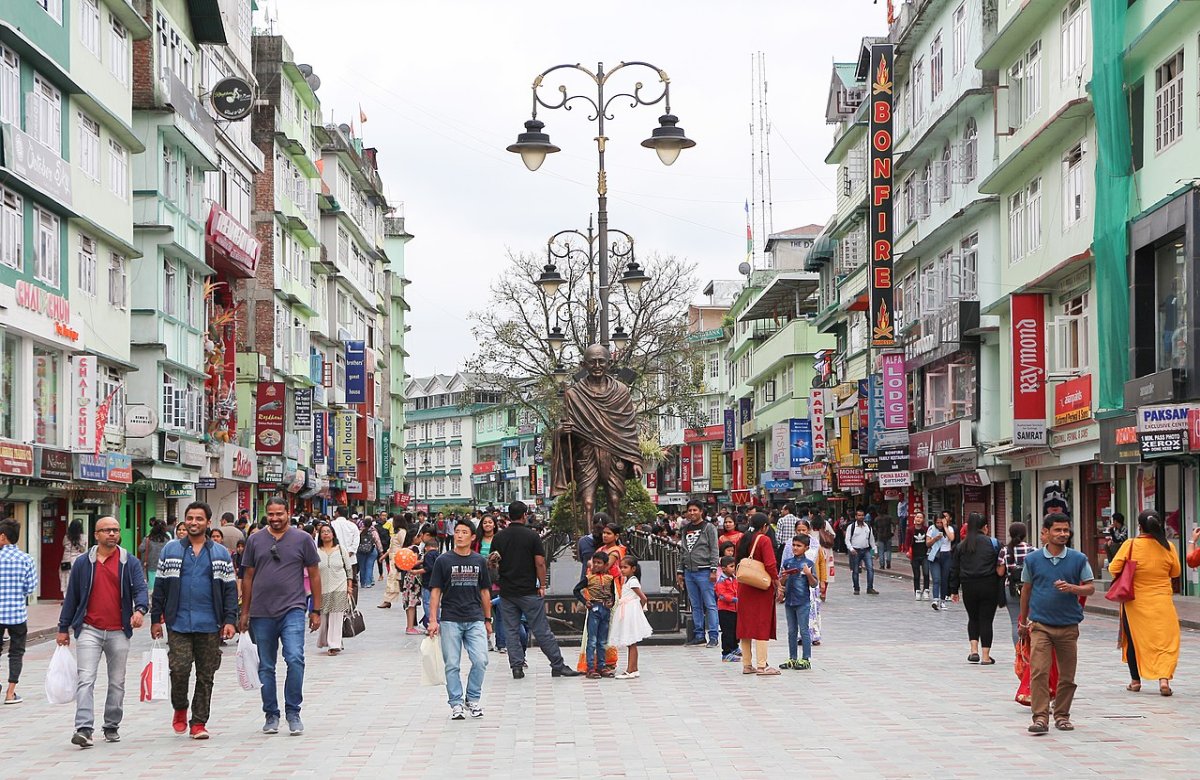 Exploring Gangtok : A Two-Day Itinerary for the Alluring Hill Station in India (2023) 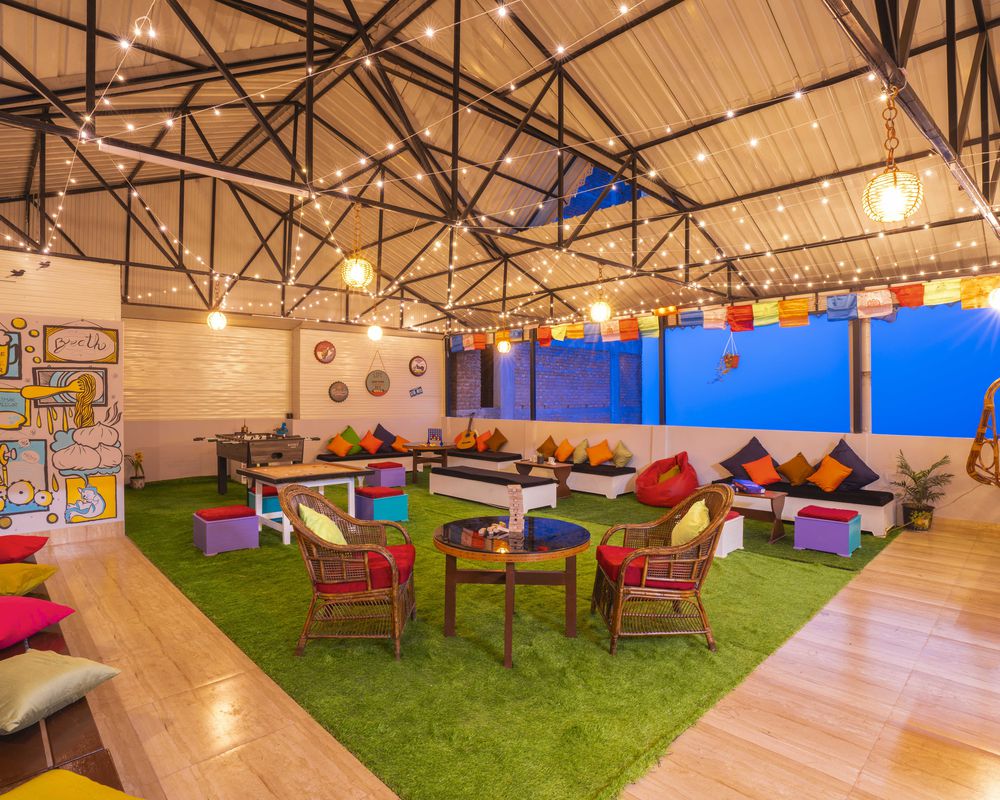 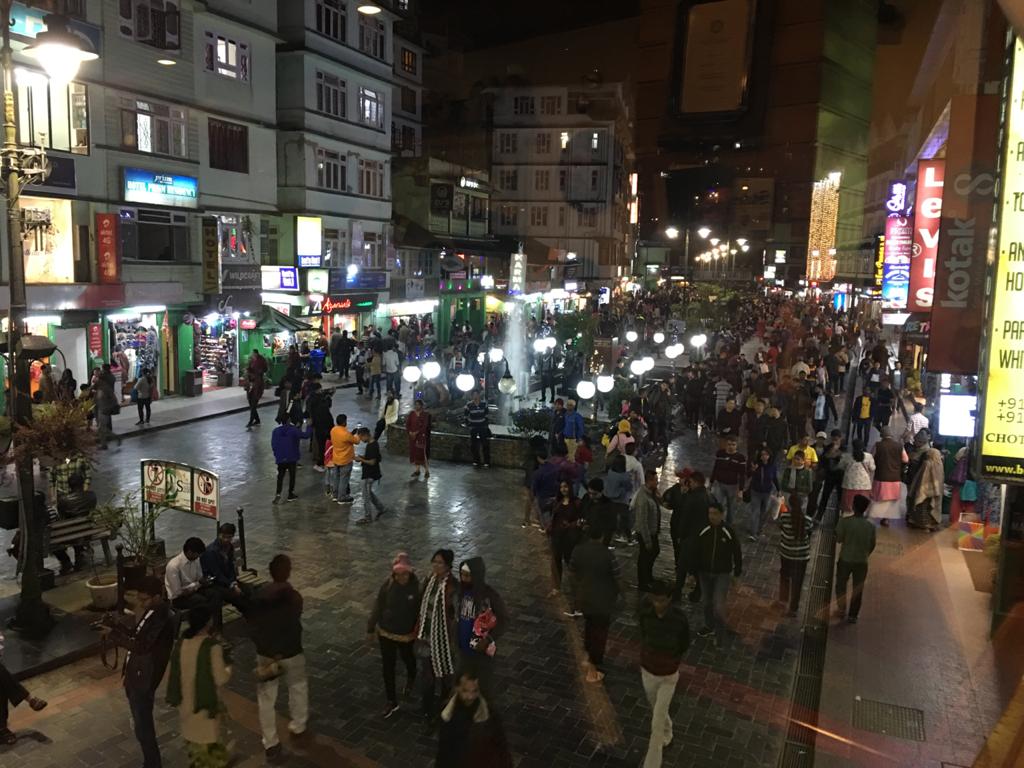