Despite being one of the most popular cities in the state of Uttar Pradesh, Ayodhya is highly regarded for its traditional and religious importance. The city of Ayodhya is closely connected to the Hindu epic, the mythological classic of Valmiki, Ramayana. The Ayodhya city has a set of long gone stories associated with Ramayana, which makes this one of the biggest places of interest for pilgrims and followers of Hinduism in North India.

Currently, Ayodhya is famous for its temples and other religious places of attraction which are believed to be the witnesses in the classic tales of Ramayana. To learn more about the religious and cultural significance of Ayodhya, let us take a look at the story behind this glorious city.

Lord Rama is undoubtedly one of the most worshipped gods in the community of Hindus. He is said to be the seventh incarnation of Lord Vishnu, according to the Vishnu Purana and was born as the eldest son of Dasharath, the ruler of Kosala Kingdom.

The city of Ayodhya was the capital of the Kosala kingdom and also said to the birthplace of Lord Rama and his three brothers, Lakshmana, Bharatha and Shatrughna, all representing the divine holdings of Lord Vishnu as per the Hindu Mythology. Lord Rama spent his entire childhood and part of his teenage in Ayodhya, and after killing Ravan and returning to Ayodhya, he became the ruler of the land and hence the ‘Rama Rajya’ term was coined.

Places to Visit in Ayodhya

Just like its name implies, the Ram Janmabhoomi is the site where according to the Hindu Mythological scripture of Ramayana, Lord Rama was born. This place is regarded as one of the most sacred and divine sites by the followers of the Hindu community. At present the site is witnessing the construction of the biggest temple of India in the land where Lord Rama was born. 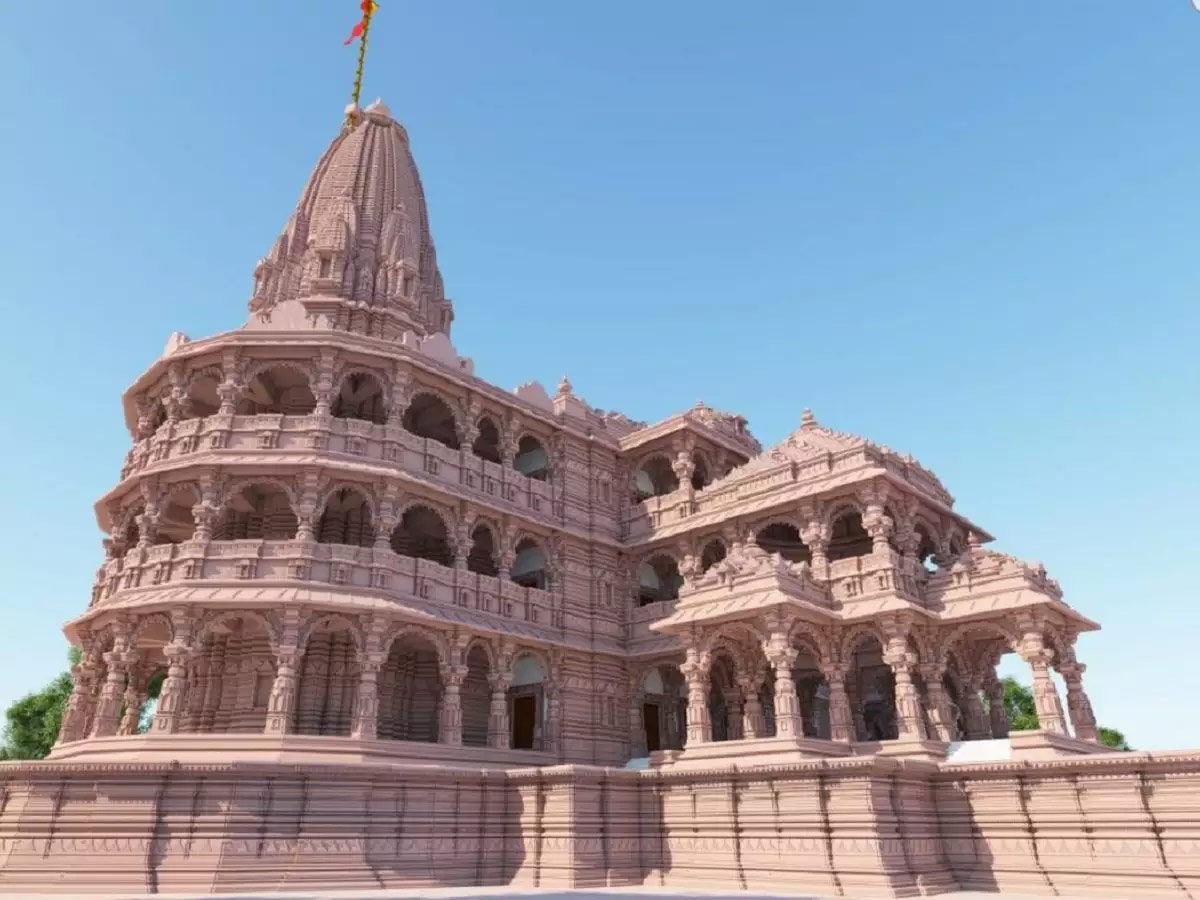 There have been traces of a temple dedicated to Lord Ram here which was attacked and destroyed by the Mughals during their reign. After decades of conflict, the Ram Janmabhoomi will be used for the construction of Ram temple which is undoubtedly going to be the most popular and most visited pilgrim attraction of North India.

The Kanak Bhawan is at present, one of the biggest temples in the land of Ayodhya. The name translates to the palace or house made of gold, which refers to the idols which are made of gold, worshipped here along with Lord Rama and Goddess Sita. Kanak Bhawan, located close to the Ram Janmabhoomi, is believed to be built in the late 19th century. The temple has undergone multiple renovations which have apparently added to its beauty, and the ambience here cannot be explained in words. 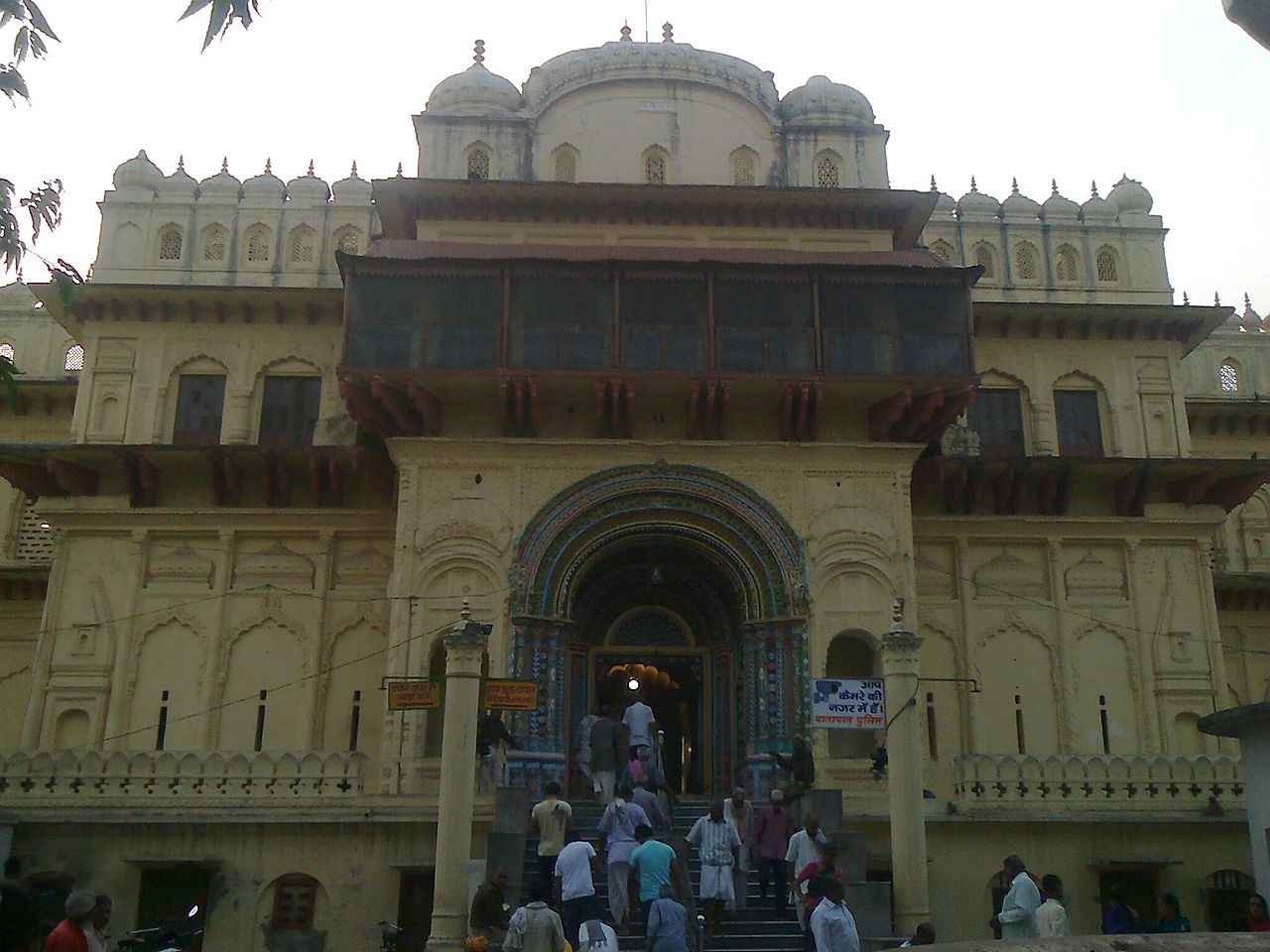 According to the traditions, the pilgrims believe they need to visit the temple of Hanuman Garhi before paying a visit to the home of Lord Rama in the heart of Ayodhya. Hanuman Garhi, located on the top of a hill in the outskirts of Ayodhya, is a popular religious attraction, dedicated to the worship of Hanuman, the biggest disciple of Lord Rama. According to the Hindu Mythology, Hanuman, after Lord Rama returned to Ayodhya decided to protect him from all the threats by guarding the borders of the capital by staying at this hill, which is now known as the Hanuman Garhi temple. 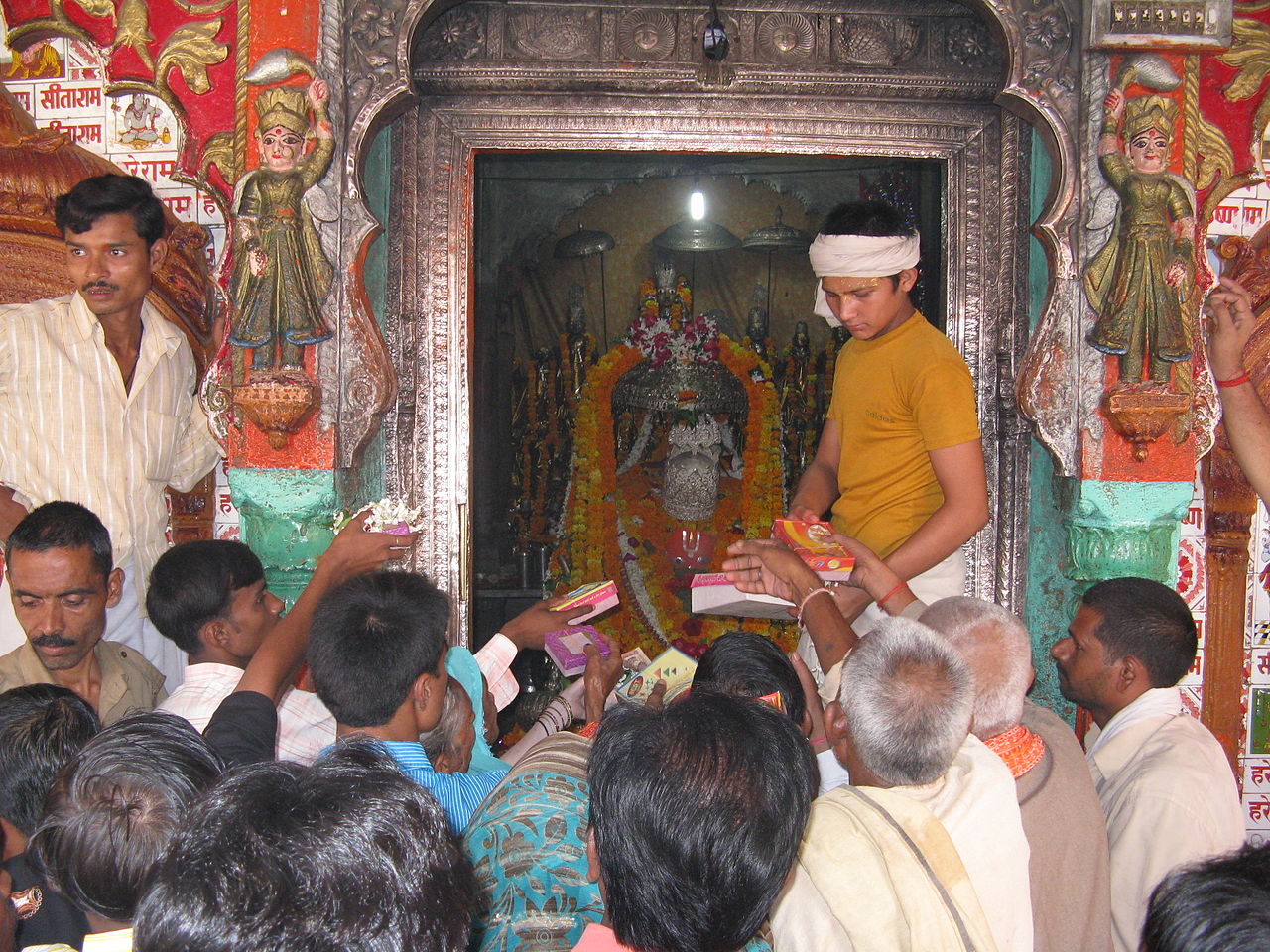 Ayodhya is not just a religious place of attraction as there are also other major tourist destinations which appear in its poster. One of the most important attractions among them includes the Gulab Bari, which is a monument of exemplary architectural beauty built by the Nawab of Awadh province. The monument portrays a huge garden with beautiful surroundings where you can find a variety of floral species and especially varieties of rose flowers. The palace-like structure too, which houses the tomb of Nawab Shuja-ud-Daula is known for its architectural eminence. 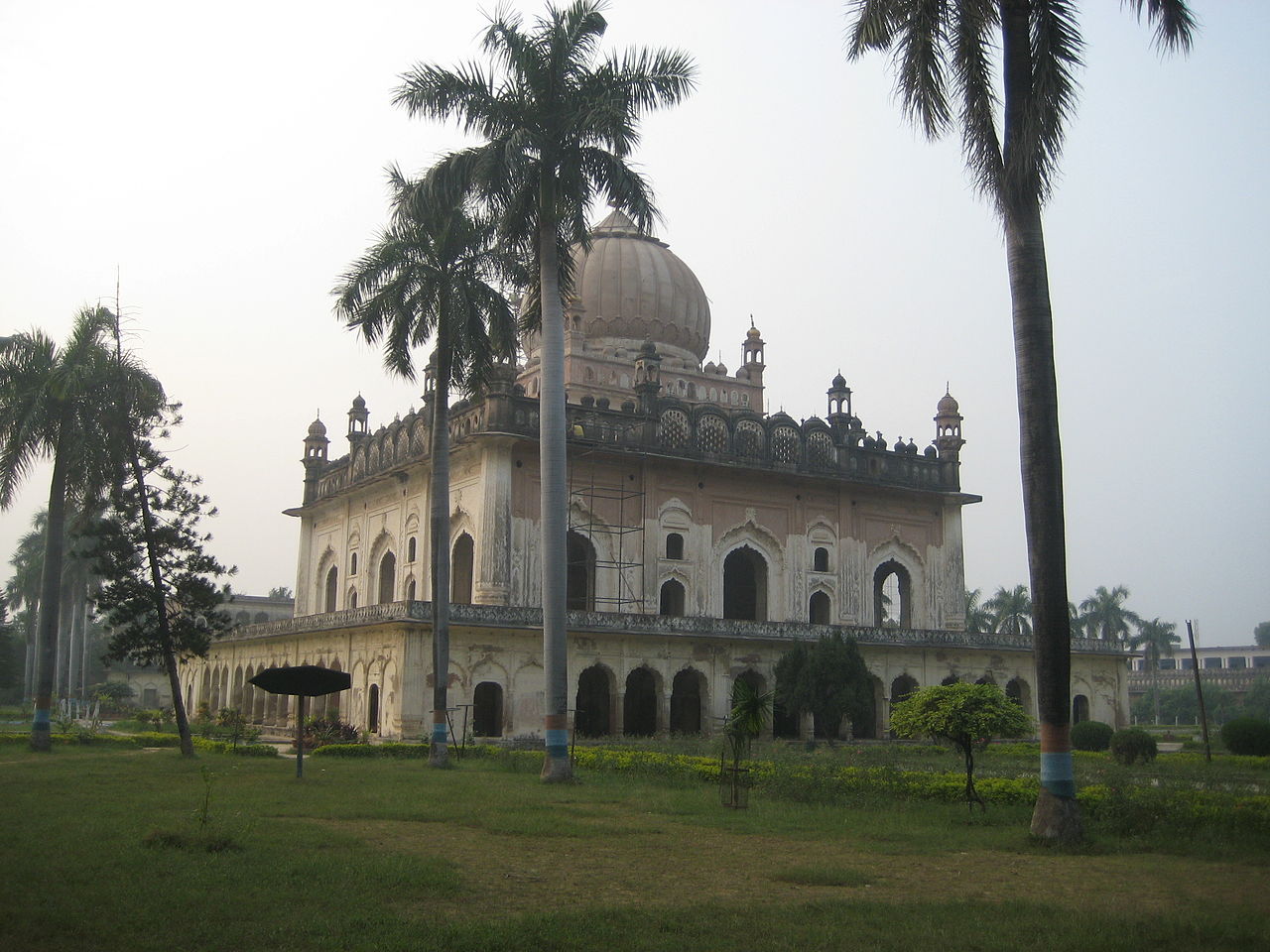 It is believed to be constructed in the late 18th century, currently a place of historical interest too.

Similar to the other major religious places of interest in Ayodhya, the Nageshwarnath temple too has a rich mythological background. The belief is that the temple is built by Kusha, the youngest son of Lord Rama after his encounter with one of the biggest devotees of Lord Shiva on the banks of the River Sarayu. This is one of the most worshipped Lord Shiva temples in the birthplace of Lord Rama which witnesses a lot of influx during the times of Maha Shivratri. 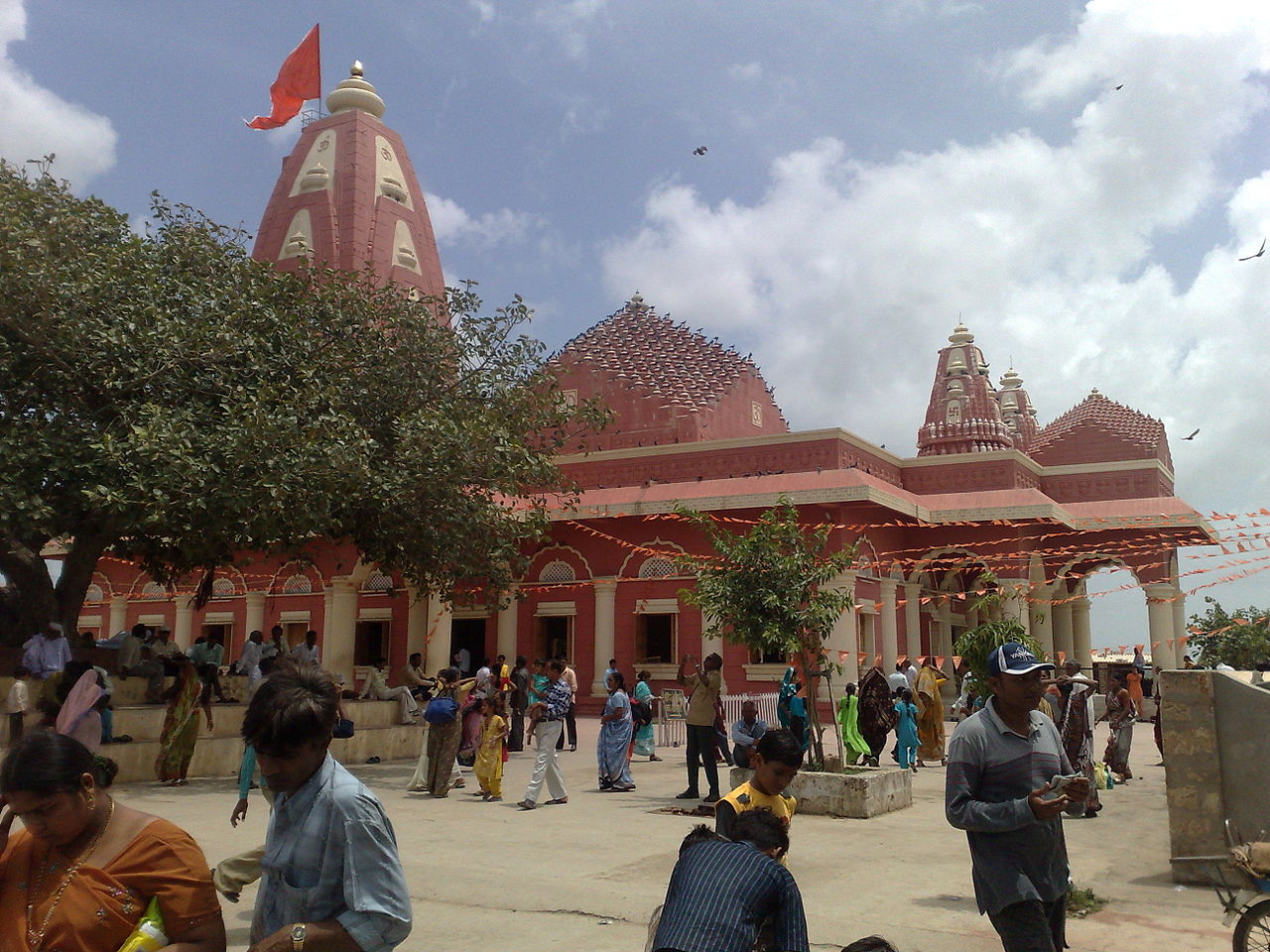 How to Reach Ayodhya?

By Road: An excellent road network connects Ayodhya to all other major cities of Uttar Pradesh. Ayodhya itself is a landmark city of Uttar Pradesh and also holds the religious eminence and heritage of the state. Some of the major cities which lie close to Ayodhya include Lucknow, Allahabad, and Varanasi. A variety of local transportation like public bus services and local cab services are available for the pilgrims and tourists, connecting to Ayodhya.

By Rail: it is indeed quite easy for the tourists and pilgrims to book a train to Ayodhya railway central as it is a popular station in UP. Moreover, it connects really well enough to all major stations of North India. If you are travelling a long distance, then the other major railway stations of Uttar Pradesh like Lucknow railway central or Railway junction of Allahabad is preferred.

By Air: The point is to be noted as Ayodhya doesn’t have an airport, but the closest airport to Ayodhya is just 8 km away, located at Faizabad. Since Faizabad doesn’t connect many airports of the country, it is advised to pick the Lucknow airport, which is nearly 130 km away. Apart from the Lucknow airport, the Bamrauli airport of Allahabad to is close to Ayodhya, which connects well to all other major airports of the country.

There is an abundant number of cab services running between these cities, connecting them to Ayodhya. The tourists and pilgrims can make use of it or opt for public bus services.

Attractions to Visit Nearby Ayodhya

Some of the most auspicious occasions as per the Hindu calendar, like Ram Navami, Dusshera, Deepavali etc. are the best festival seasons to visit Ayodhya. These occasions are celebrated at its best form, which is indeed an experience of a lifetime.

The city of Ayodhya is one of the most visited pilgrim attractions of North India, which has a huge place in the hearts of the followers of the Hindu community. The ancient monuments and temples simply add to the glory of the city which has crossed eternities in its lifetime. So plan your trip and book your tickets to take a wonderful trip to the land of Lord Rama, when it is safe to travel again. 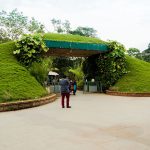 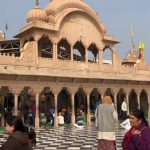 Barsana Tourism: History, Places to Visit in Barsana, Attractions to Visit Nearby and Best Time to Visit Barsana (2023) Next