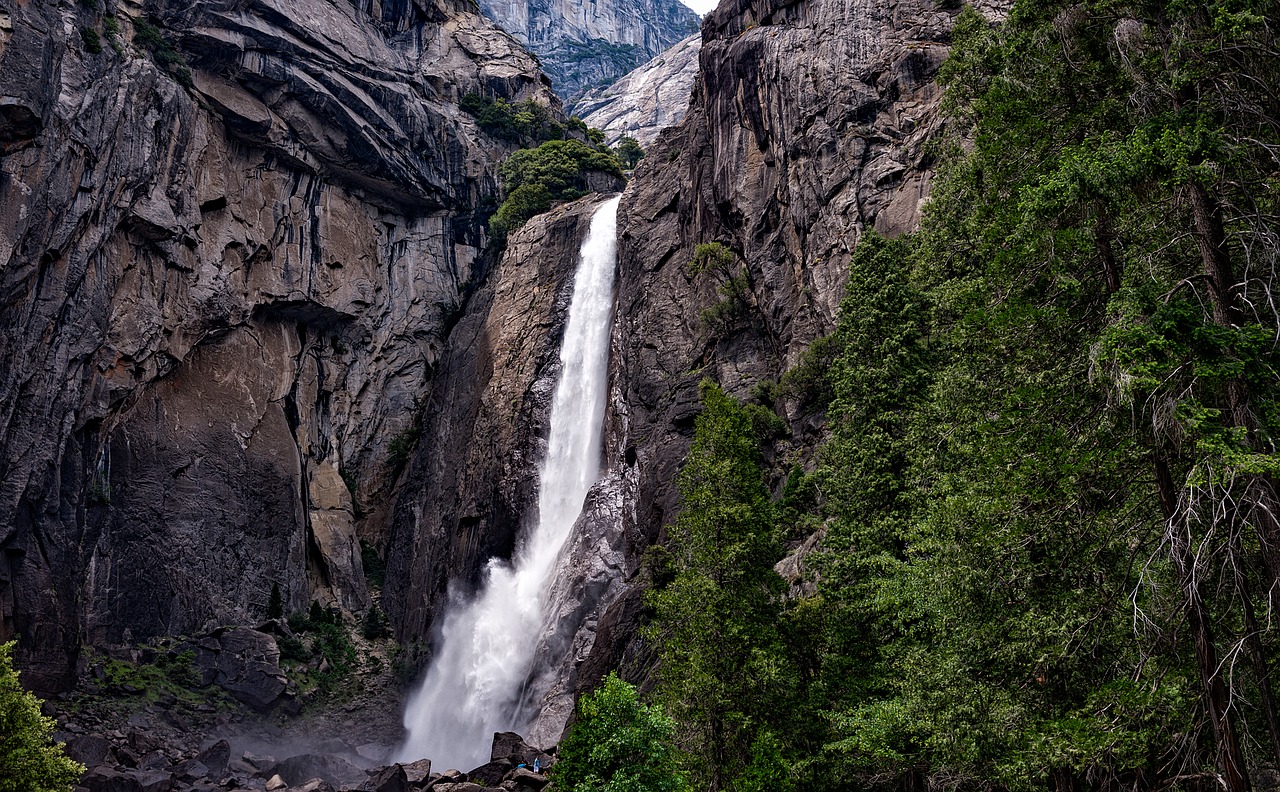 Crowning the State from all sides, waterfalls in California are marvellous and amongst the best in the United States. From the tiny 10 feet ones to the huge 1000 feet ones, the drop will leave one’s jaw dropped and spellbound like never before. California State is one of the hottest spots for waterfalls that are lying far away from the city and are only accessible after crossing miles of natural hiking trails.

Any travelling list to the State is incomplete without the astounding varieties of waterfalls in California; however, it is not about the numbers but the quality and uniqueness we are keen about. Hidden inside the old grown forest, dropping on a secluded beach or housing inside the National park, the list of 12 impressive waterfalls in California will make you crave visiting the State soon this summer.

Have a look and mark out what impressed you the most:

The tallest waterfall in the United States, Yosemite Falls has a total drop of over 2000 feet. It is a combination of three falls: the upper Yosemite, the middle cascades, and the lower Yosemite, which together makes one of the most beautiful waterfalls in California. The upper Yosemite is the most impressive section of the fall and is slightly tricky to trek there. The fall can be viewed from several distant points, including the Yosemite Village, Yosemite Valley Lodge, and the Lower Falls trail. When viewed from afar, it looks like two different falls; however, it is one continuous fall with a turn from the middle providing it with an untrue and beautiful view. One of the rare views can be captured on full moon nights when a moonbow can be spotted on the water spray.

Cedar Creek is one of the breathtakingly beautiful waterfalls in California, flowing in the lap of clean, clear, and curved rocks. The hike begins with a journey down the hill and uphill trekking on your way back from the fall. Even though the trail is easy, sun heat can still make it tiresome and burning during the summer months. The trail is full of snakes which are often encountered during summers and monsoons. Cedar Creek is almost 100 feet and mostly lushly flowing during and after the rainy season. The large pool below is open for swimming, and thanks to the surrounding, it is one unique experience in San Diego. 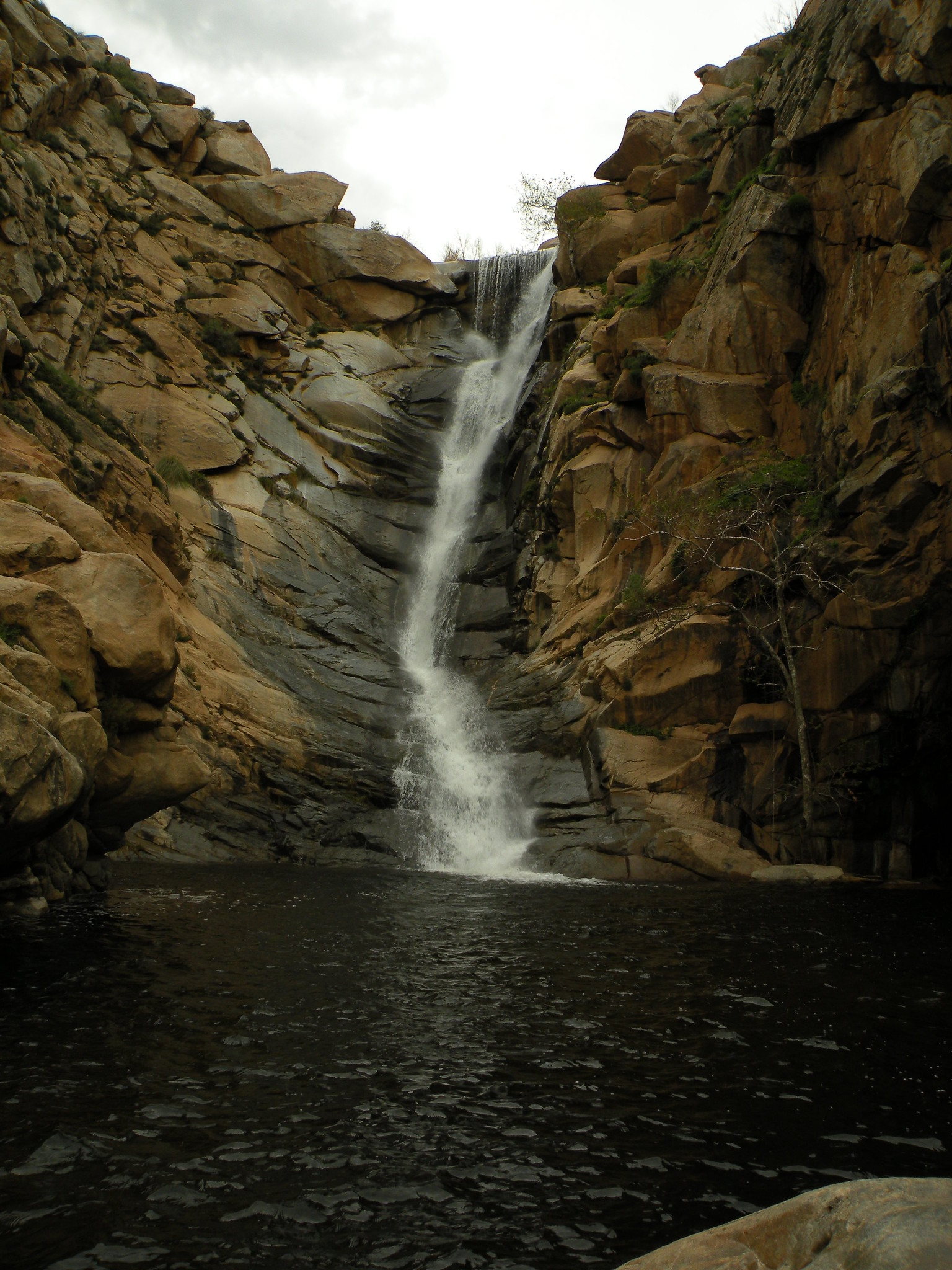 Counted amongst one of the tallest falls in the United States, the Feather Falls is undoubtedly one of the best waterfalls in California. This 410-foot-tall waterfall is active all-round the year; however, the most spectacular view can be captured during April when the ice melts. Thanks to one of the best hiking trails alongside, you can find hikers enjoying here in full glory which is lesser-seen on the other waterfalls in the State. The way towards the Feather falls is carved out of the lush green jungle, old-growth forests, wildflowers, and fantastic canyon view. For overlooking the fall, hikers often go up till the cooper point, from where the picture is just glorious. 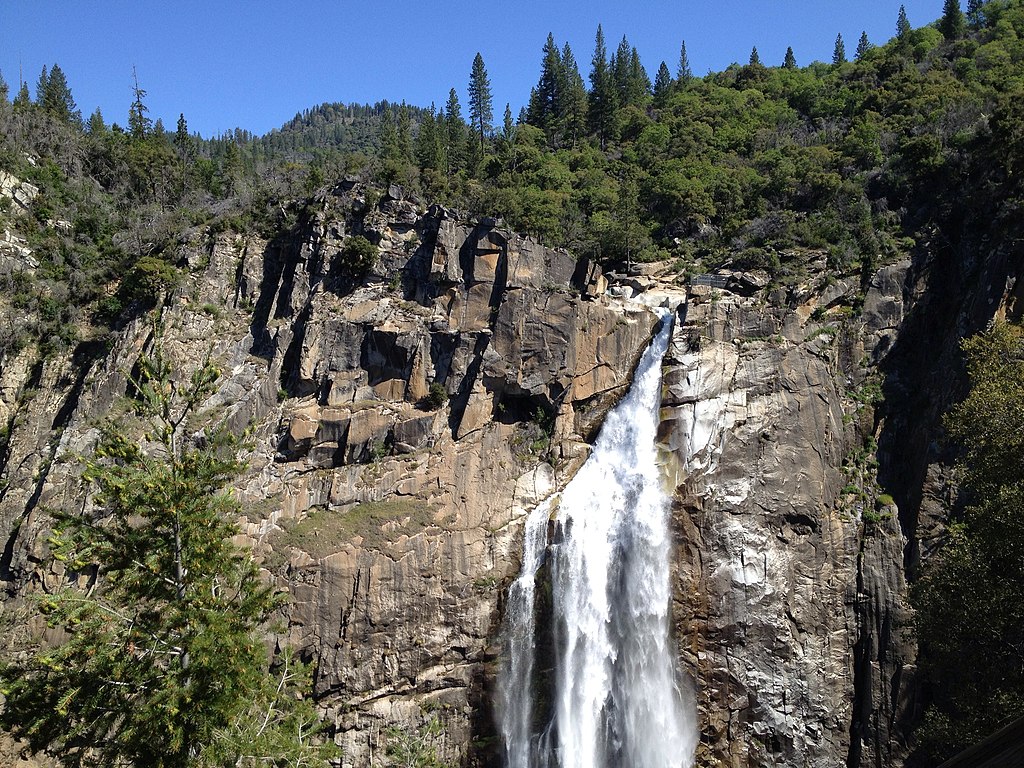 The McCloud Falls constitute three tiers: upper, middle, and lower, all with their distinct personalities. All three tiers are easily accessible via walking or driving and have their individual parking lots. McCloud Falls are defiantly the powerful ones, all of different shapes and sizes, with the Middle wall, noted as the most beautiful one. For swimming and playing around, the lower McCloud fall is the ideal and safe one with almost 15 feet drop into an emerald green pool. However, the pool is deep and not suitable for non-swimmers. The location is one ideal picnic and camping spot amongst the locals of California. 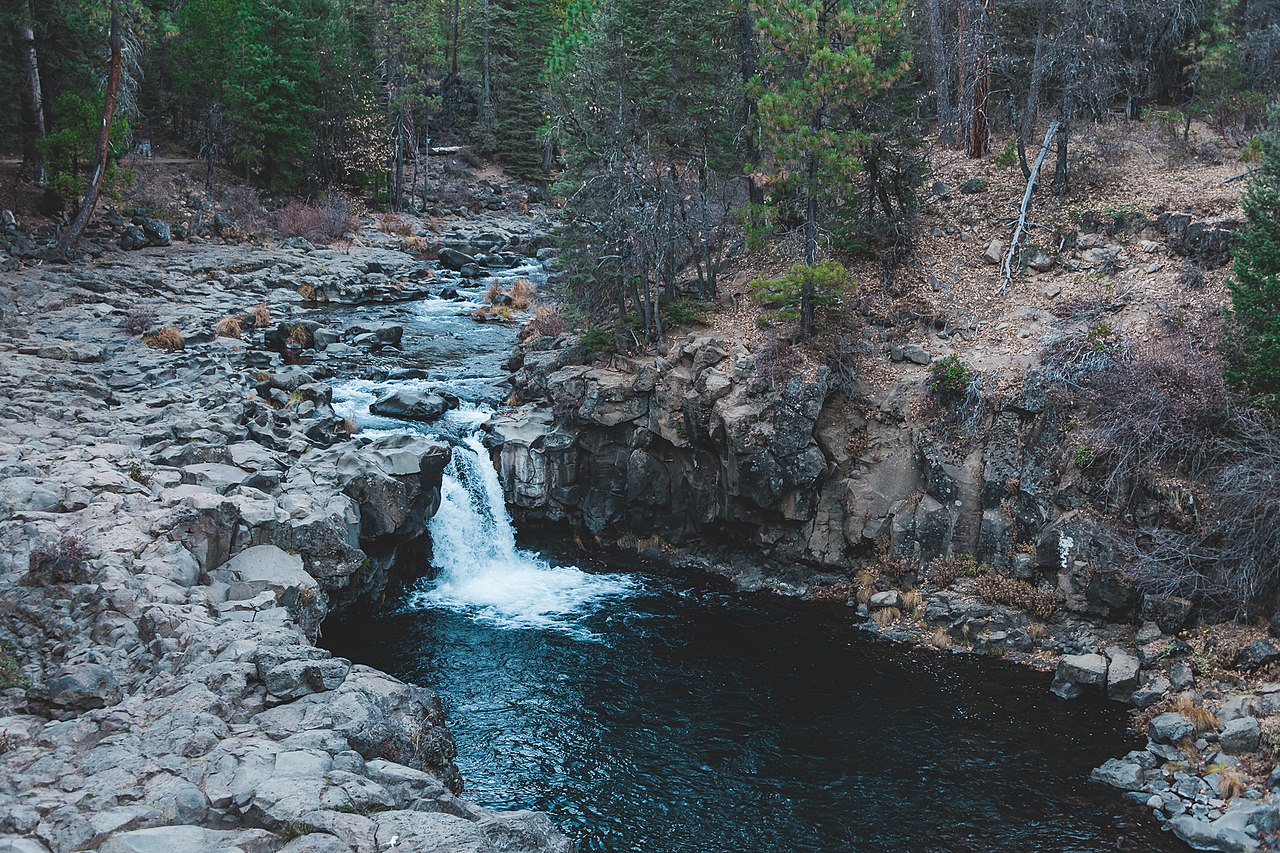 The way towards Escondido Falls is one of the best and relatively easier hikes one could try upon. The hiking trail leads you towards the tallest waterfall in the Santa Monica Mountains, the Escondido Falls, one of the flat and finest falls in the city of Los Angeles. Escondido flows strongly and has a 100 feet drop, tucked beautifully into the lush oak canyon. The lower 50 feet tier is easy to approach; however, the upper ones are indeed hard and adventurous to reach. Though Escondido Falls flows light around the year, the sight turns spectacularly beautiful and divine if viewed after monsoons. 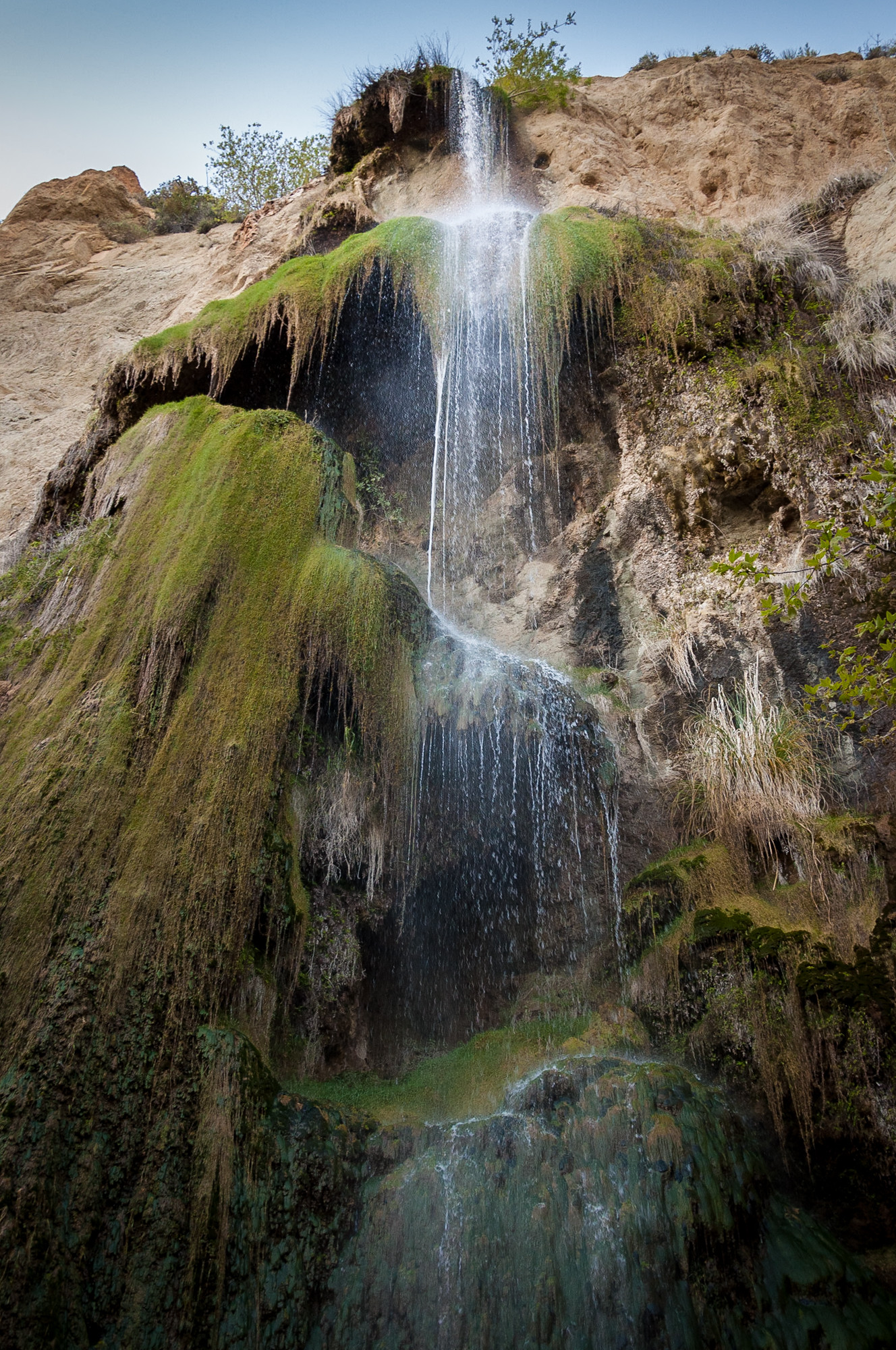 A rare tidefall inside the wilderness of Phillip Burton is the Alamere falls, and a must-visit in location California. Alamere flows directly into the ocean and forms one picturesque view. Though it is active all-round the year, the view after the spring and winter season is defiantly unique and fascinating. The fall can be reached after a 2.5 hike from the coastal trails of the Palomarin Trailhead right at the end of Mesa Road. The trail passes through Bass Lake and Pelican Lake, where travelers often stop and swim during the scorching summers. Alamere Falls is a highly popular waterfall in California and, thus, at times, overcrowded and jam-packed by travelers. Days with high tides can be a little dangerous at Alamere. 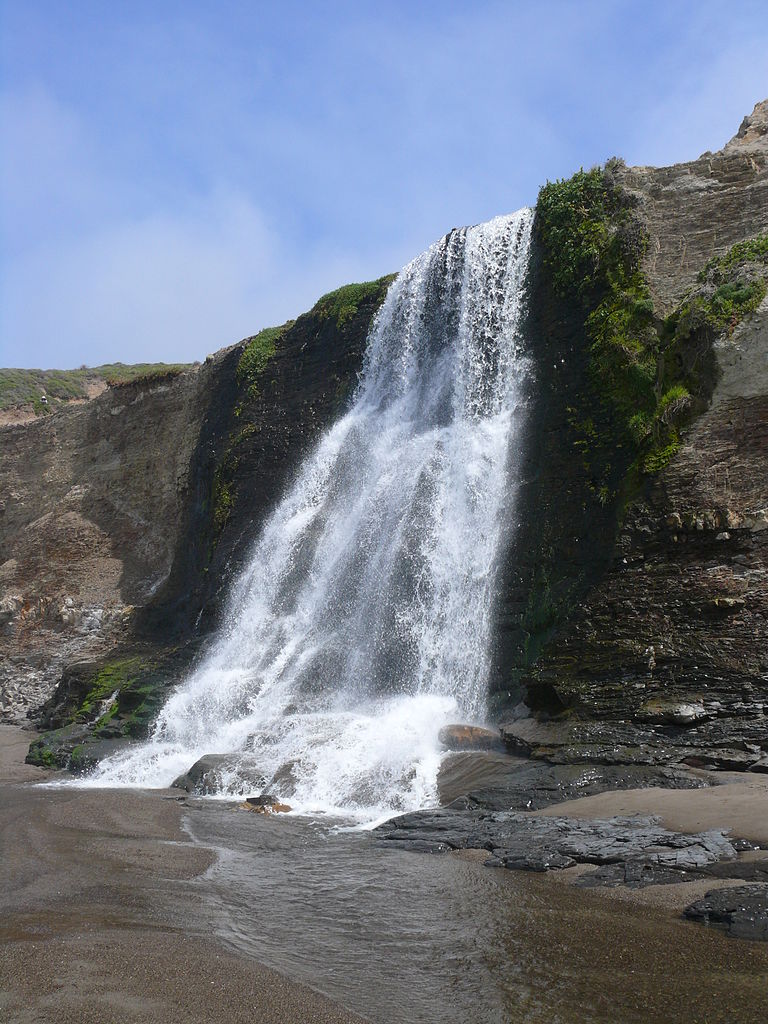 It is a delight to visit the Bug Sur coastline, and the McWay Falls adds best to that delight. McWay is an 80 feet tall waterfall that drops on the coast of Big Sur and meeting directly into the Pacific Ocean. It is active all year round; however, during high tides, it becomes a tidefall. A walk towards the waterfall is quarter miles from the Julia Pfeiffer Burns State Park, which goes through an underground tunnel, railing-protected trail, and great views of coves all around. Both the way towards McWay falls, and the fall in itself is mesmerizing and impressive. McWay is glorious during sunsets when the sun’s rustic orange and red rays directly hit the cove and waterfall, creating a scenic view like never before. 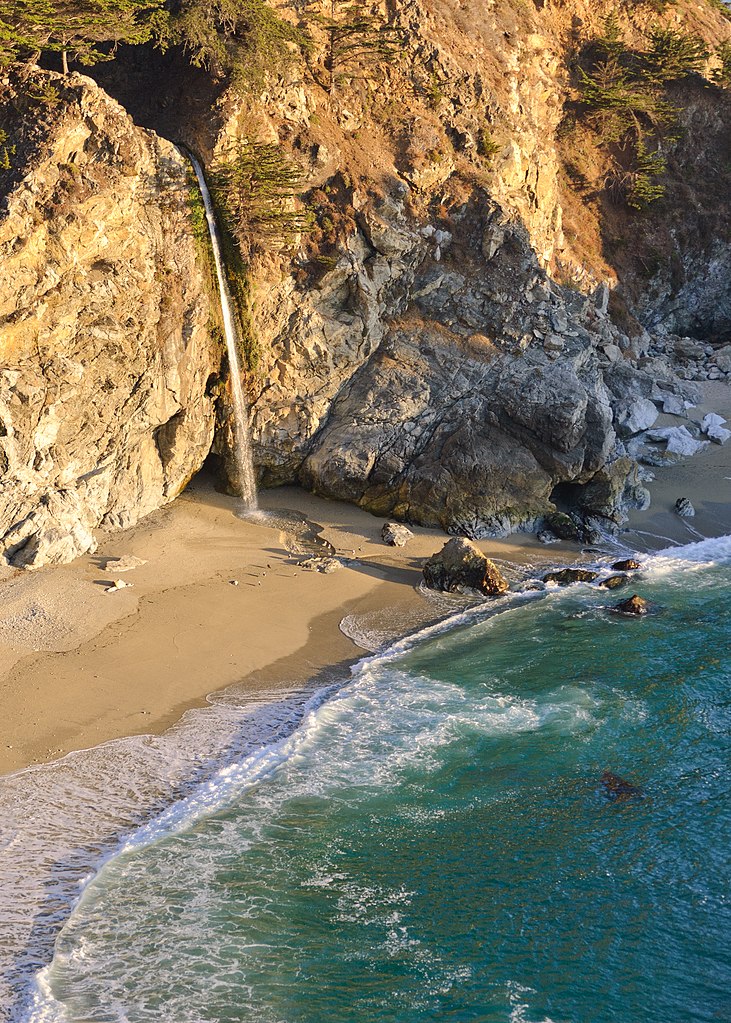 Located on the Death Valley National Park’s western edge, the Darwin Falls is a unique waterfall in the deserts. It is a paradoxical sight between the desolated area where even droplets of water (naturally) are rare, but this almost 30 feet waterfall is standing firm and beautiful. Death Valley is noted as one of the hottest places on earth and locating a waterfall in such a harsh desert landscape is no less than crazy. Darwin is resourced by underground springs, which makes it active all around the year. Despite the evaporative heat and low humidity, the Darwin waterfall is mostly protected. Reaching the fall is only a mile walk from the parking lot; however, with harsh walking conditions and scorching sun rays, a mile can also feel lengthier and tougher.

Rainbow fall is a 101 feet high waterfall situation within the boundaries of Devils Postpile National Monument. It is located at a distance of 2.5-mile walk from Mammoth lake and is indeed a luscious one. The path that leads towards the fall is not well versed and thus requires some good shoes to not slip down in the way. Due to several rainbows appearing over the rich waterfall on Summery days, it is named with the same “The Rainbow Fall.” The waterfall view is simply breath-taking, and thus the site is mostly overcrowded by visitors, especially on hot summer months. The scenery around the site is fantastic as well, and there’s something in every direction you turn or view. 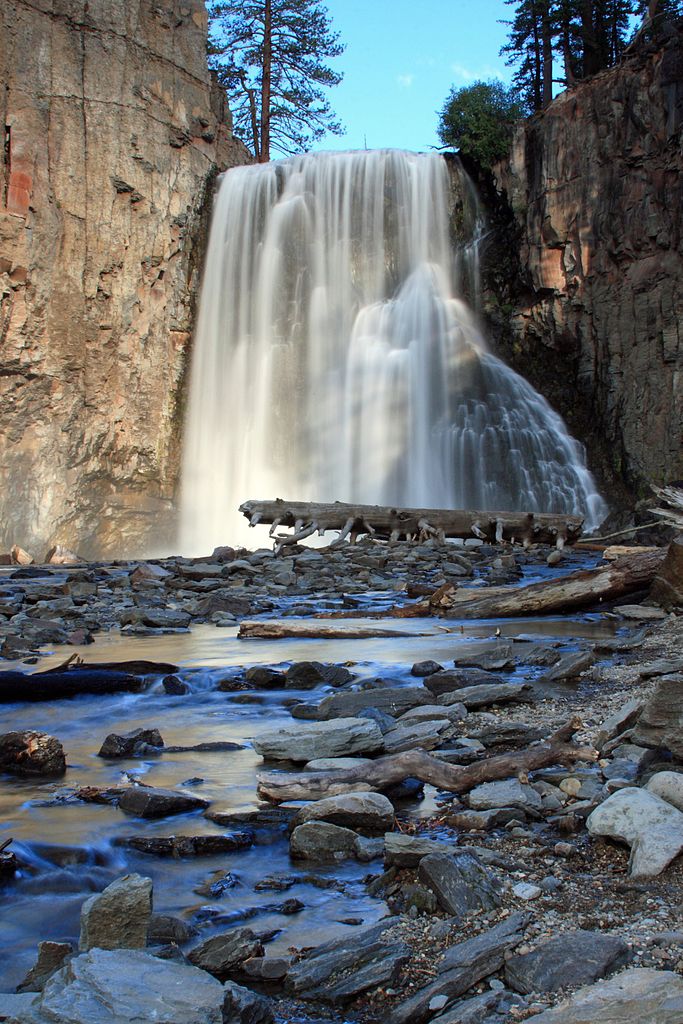 Pit river falls a rich waterfall that is undoubtedly one of the most underrated tourist spots in California. As it is tough to get there, the waterfall acquired fewer acclaims, and even a lot of the locals of California are still unknown with its existence. Scrambling down the steep canyon to the waterfall base is highly tricky and nearly impossible; however, the seasoned hikers choose this way to reach the point. The other way to get Pit River Falls is via raft and kayaks, as there are several channels to launch down the waterfall. It is also a famous sight amongst kayakers. The water flow at the fall is very high at times, and thus getting in for swimming and dipping can be a proven danger. 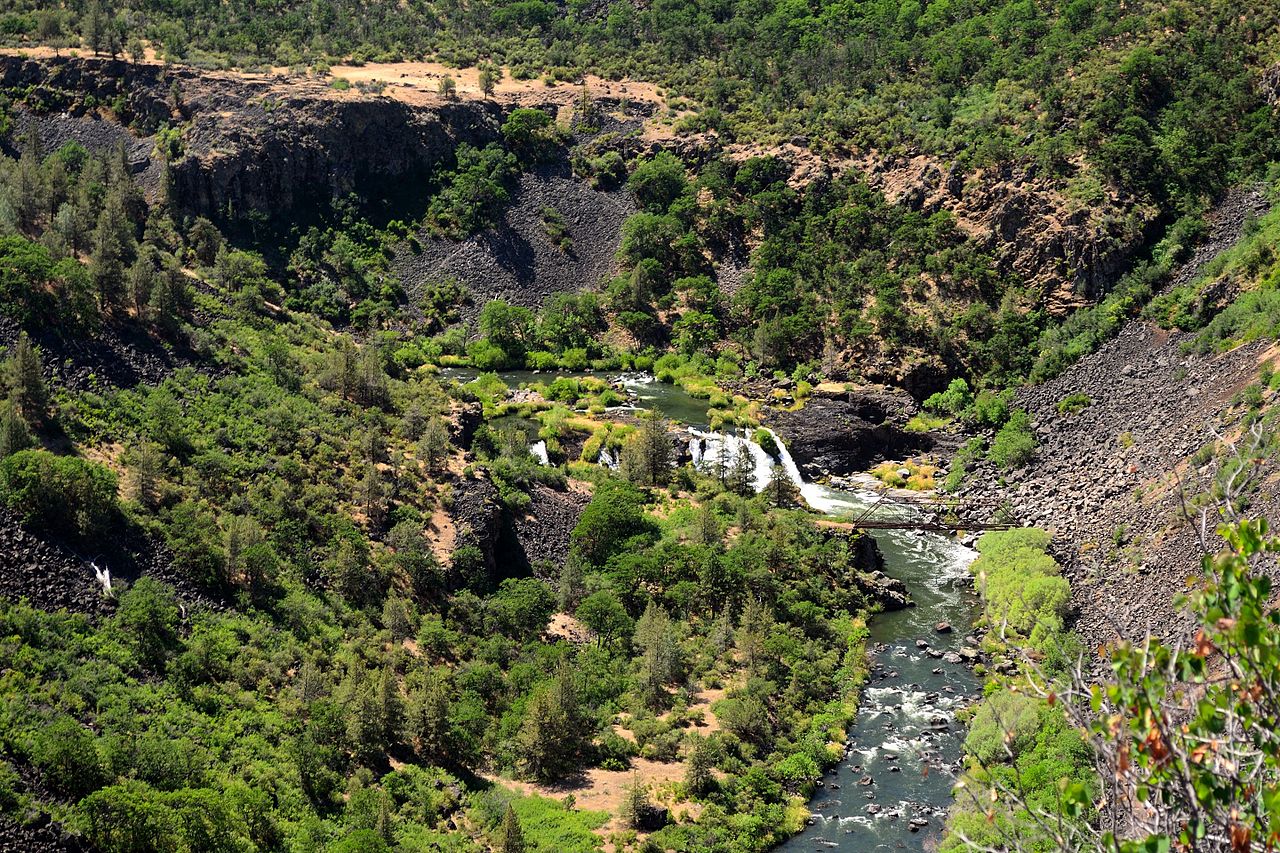 Brandy Creek waterfall has 25 feet drop and is surrounded by a lush green landscape, rocky pathway, and incredible natural view. It is one of those unique waterfalls that is formed of multiple waterfall sections and several cascades dropping down into the pool. The trail leading towards Brandy Creek is quiet a trek as it is mostly uphill, but the great view of falls is all worth the 1.5 miles hike. The fall water is freezing and thus dip in only if you are a brave heart. It is an ideal location for harsh summers as the entire hike is well shaded and keeps the travellers safe from scorching sun rays.

Located within the Yosemite Valley, the Illiouette Falls is a hidden waterfall treasure in California. It is also one of the least visited falls due to less knowledge about its existence. Illiouette Falls is about 370 feet tall and is rich in water. However, during low flow months, finding its presence can also get tough at times. Illiouette Falls is easily visible from the John Muir Trail and the Mist Trail. Though, the best location to grab the loveliest view is the Panorama Trail which descends from Glacier Point. There are possibly no trails towards the fall’s base; the canyon gets narrow craggy and inundated during the high flow months. The Native Yosemite’s earlier in the time named the waterfall as “Too-lool-lo-we-ak,” which means “not appropriate for everyday use.” Even though it cannot be reached and viewed from near, the distant views are equally impressive. 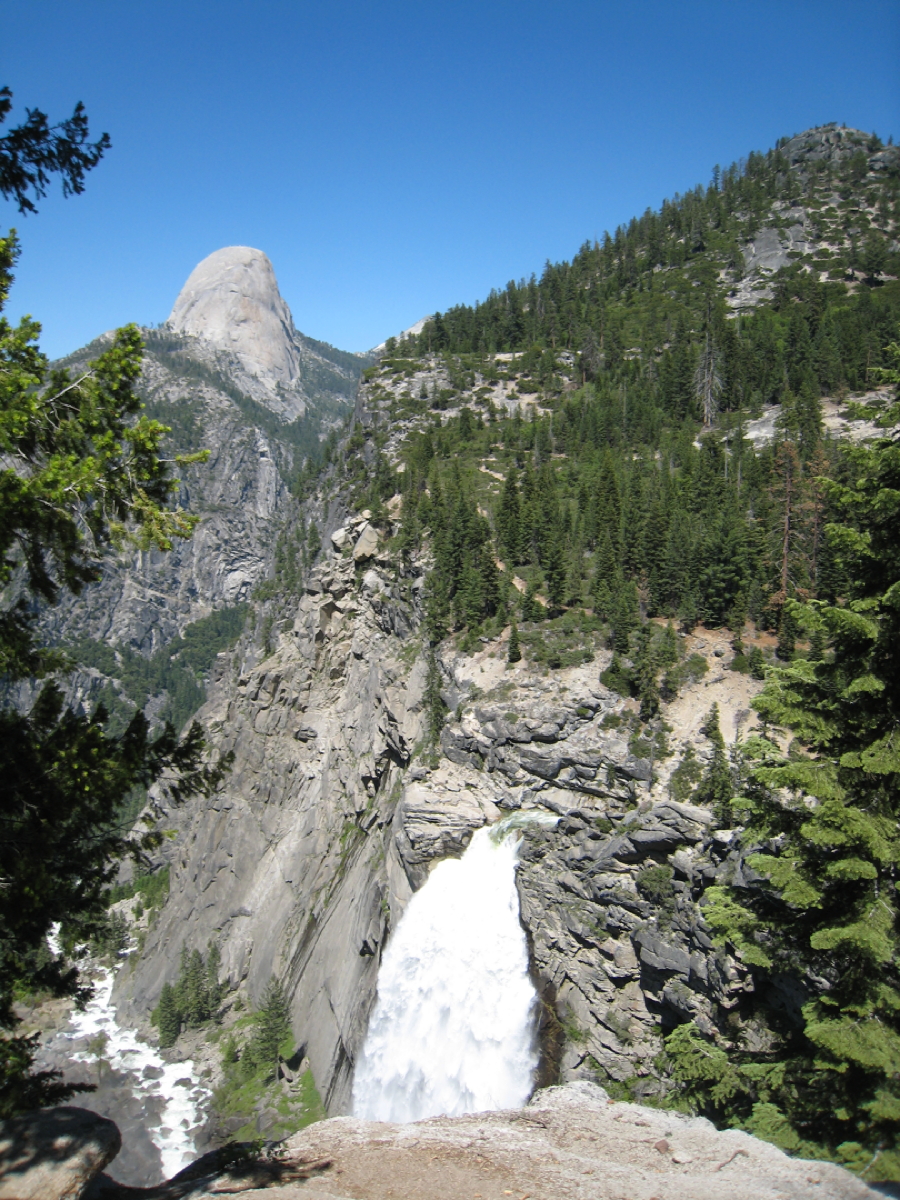 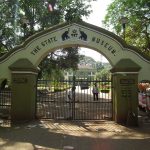 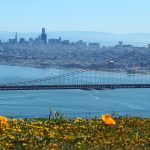 8 Best Vacation Cities in California (2023) Next