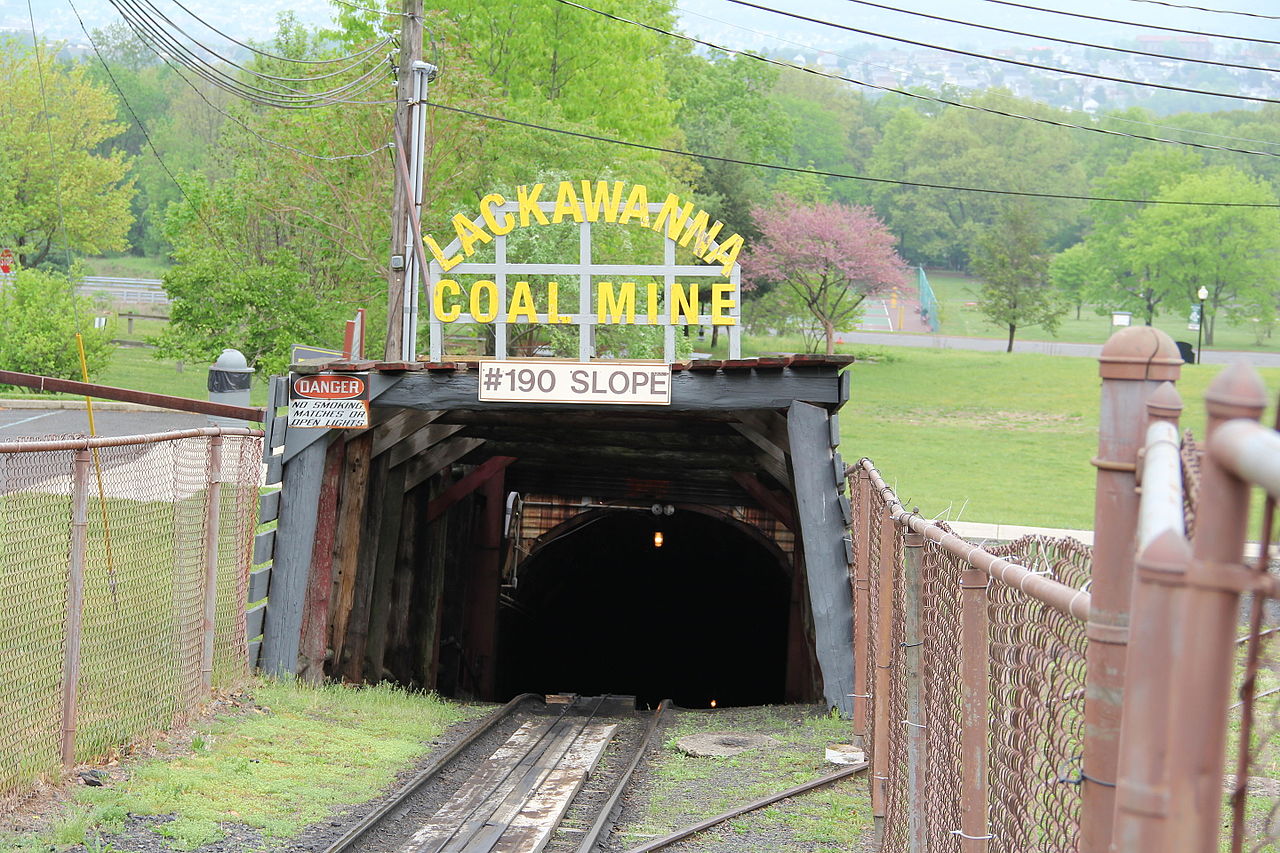 Exploring a new city does not always mean that you must only visit the high-rated and obvious attractions, but also taking back experiences that you won’t find anywhere else. Tourism and travel in Pennsylvania have mainly been preached with the National and sentimental heritage, historic values, Parks and outdoor recreation, but isn’t all these things are already known to you? Of course, if you are a travel enthusiast or a wanderer, you would have obviously known a lot of ‘Well Preached Pennsylvania’.

While you are exploring a new place, it is very important to get into the Unique, cool and fun experiences there. Either it is about doing the unusual things, exploring the off-beat paths, or going close to the most fun attractions, make sure you always spare a day or two for doing things that are spontaneous yet stays memorable with you for a lifetime.

List of 11 Unique, Cool and Fun Things To Do In Pennsylvania

For more details, have a look down at the list of things to do in Pennsylvania:

1. Go for the Lackawanna Coal Mine Tour

If you are done with exploring the Land, Water and air in Pennsylvania, then try adding the undergrounds to your list next. The Lackawanna Coal Mine Tour takes you 300 feet below the land surface and gives you insights into how life at mines looks like. Lackawanna Coal Mine is basically a museum, and a retired coal mine. Underground tours here are either operated by the former miners or their children. To begin with, ride a mine car and move downwards the #190 slope, which will ultimately take you about 250ft below the ground level. Further, the tour continues on foot, and here you can learn interesting facts about Scranton history. The temperature underneath is nearly 50-degree Fahrenheit; thus, make sure you go prepared with warm wear.

Strasburg Scooters runs in Amish Country in Lancaster, Pennsylvania. Even if you have been there before on your own vehicles, do try the scooter ride once and enjoy what you could earlier. As the name suggests, one gets to ride a two or three-wheeled scooter and can be a part of a variety of themed tours. The scooter options include Single- and double-seat standard scooters and the Scoot Coup. Scoot Coupe has their own charm and thus are a preference amongst the visitors. One can choose from Ultimate Amish Adventure, Ice Cream Experience Tour, Christmas-themed tour, October-only jaunt and many other. Every tour consists of a few guides who take you close to a completely different experience and exploration than of before. 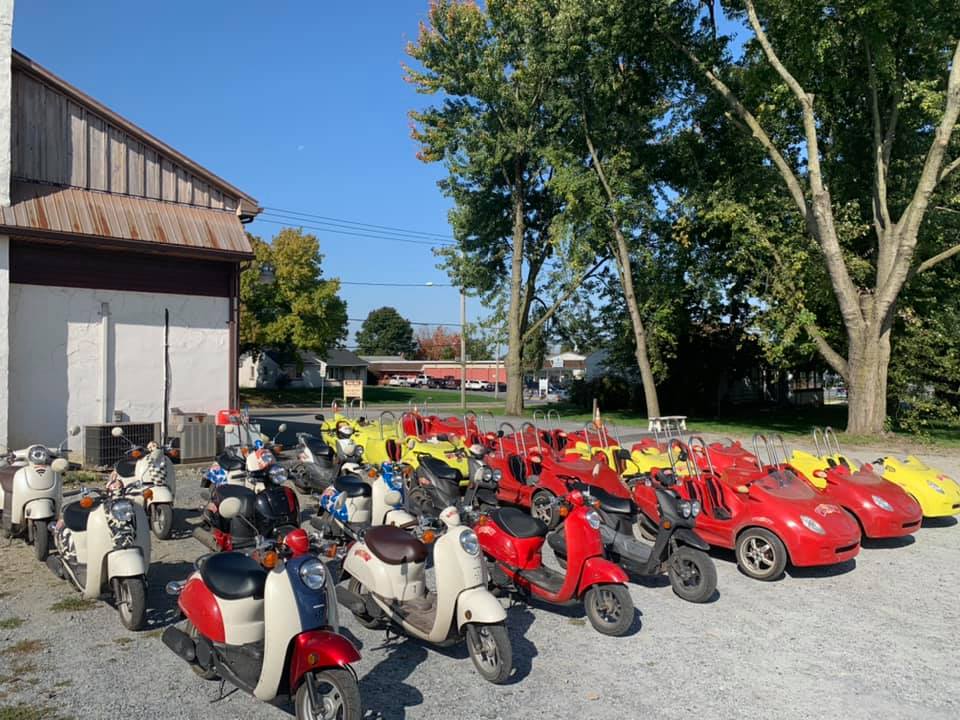 3. Tour the Spooky Places in Gettysburg

The finest ever spooky experiences in Pennsylvania can only be brought close via the Gettysburg ghost tours. There are several options, including the walking tour, the ghost bus tour, black cat ghost tour, Civil War haunts, and Specialty tours (like the dark side of Christmas and Georgia, your sister is dead). The tours take you to inside the Jennie Wade House or Haunted Orphanage along with Professional Paranormal Investigators who are full of enthusiasm and masters at their craft. All the tours here are family-friendly though kids and adults who are weak at hearts must avoid being a part of them. Even if you are a non-believer, the real instances here will bring you an un-though-of experience on its own. 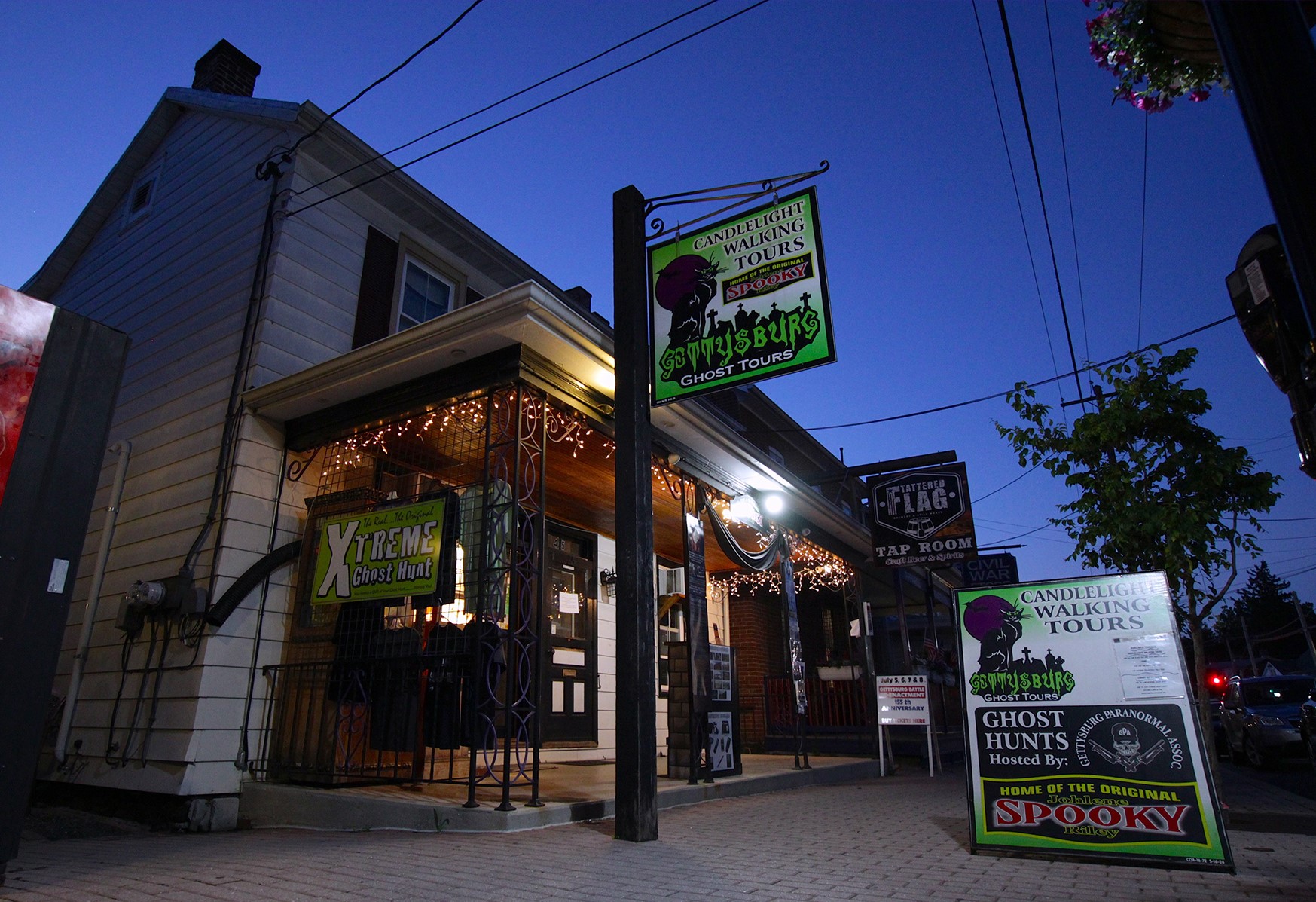 The most uncommon Museum and a unique place in Pennsylvania is surely the Mutter Museum. It is a medical museum and a tribute to the surgeon Thomas Dent Mütter. The collection here features antique medical equipment, over 20,000 specimens of medical abnormalities and things that will disturbingly inform you and might shake you to the core. The medical remains, unusual human skeletons, and the jars filled with preserved organs as well as new born babies will not only surprise you but will leave you frightened at the same time. Mutter Museum is one one-of-a-kind museum in the world, and if you are interested in exploring the unusual and unique elements of Pennsylvania, then this is definitely your stop. 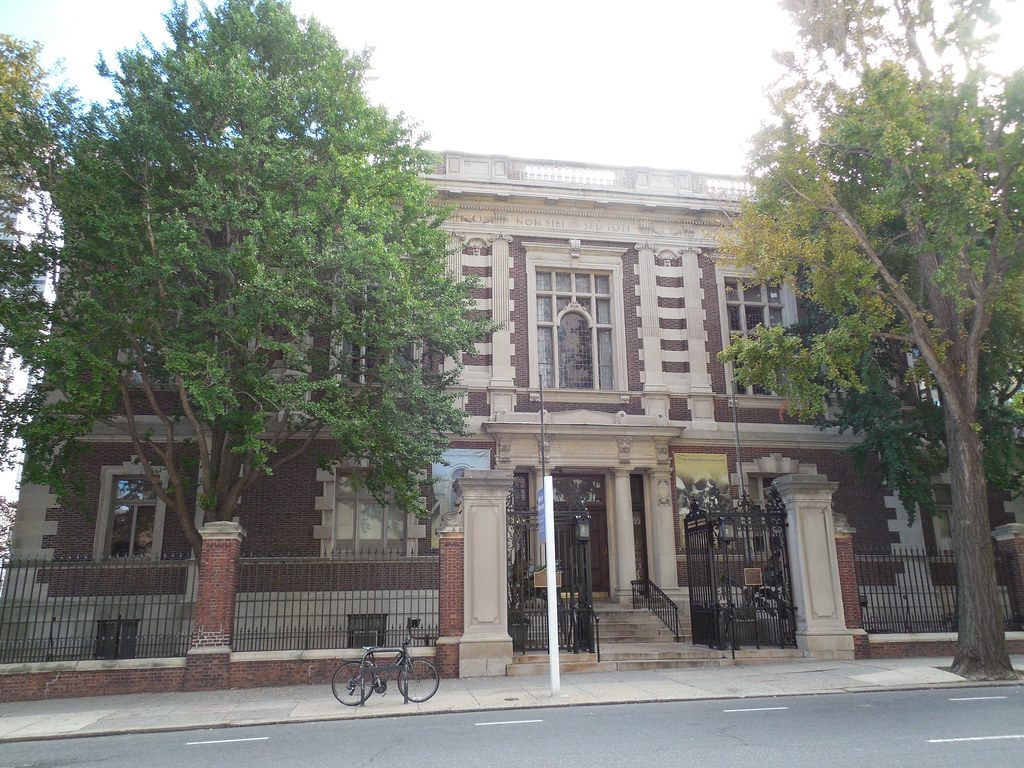 Eastern State Penitentiary is a historic site and a former American prison. It dates back its existence to over 180 years and, at those time, it was known to be the most famous and expensive prison in the world. Though today, the prison is no longer in its required use and is famous for tour amongst the locals of the State and enthusiasts from all over the world. Earlier in time, the Penitentiary has housed some of the most well-known gangsters in the world. The prison today is marked hauntingly beautiful and is one of the favourite places for paranormal activists. There’s no surprise if you find something spooky and unusual here. 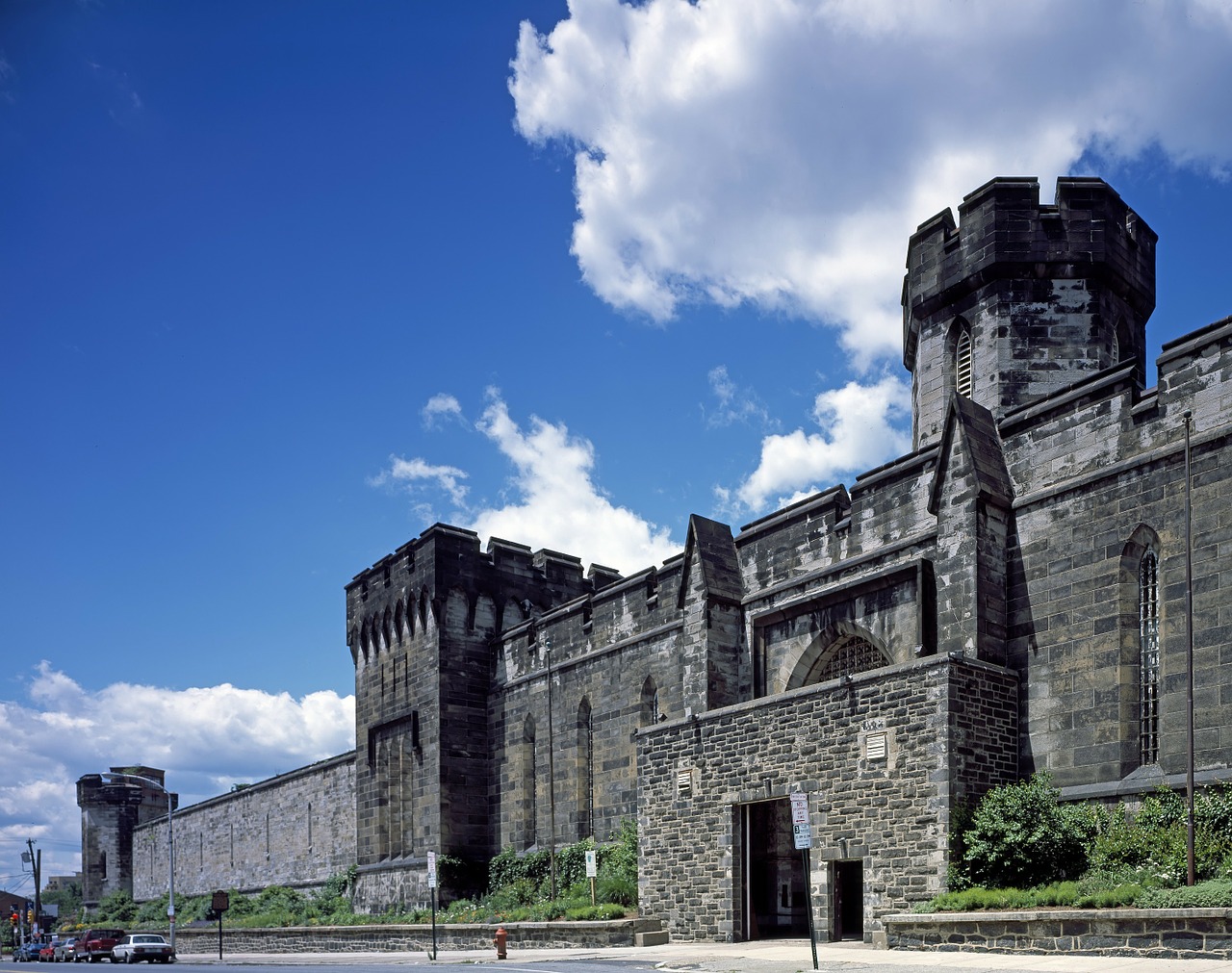 December 9, 1965, was a usual day in the Kecksburg community until the locals reported a fireball, which they thought is a UFO passing over Detroit, Michigan, Windsor, Ontario, and Pennsylvania. Once the news got aired by the locals, the military quickly sowed it away. Following 40 years after until 2005 there were several speculations but then NASA released an official statement that it wasn’t a UFO but the remains from a Soviet satellite that re-entered the atmosphere and broke up. However, several other institutions and researchers claim NASA’s statements to be fake. If you an astronomy and space enthusiast, the stories by locals will surprise as well as educate you. There’s also a small model to check and click pictures by. 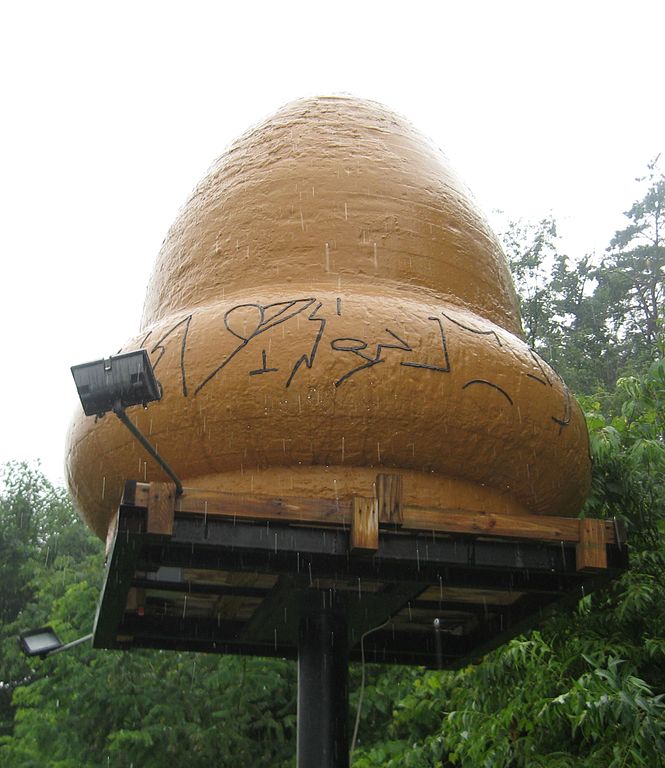 7. Do Visit The Oldest Working Theatre In The United States.

The oldest working theatre in the United States, the Fulton Theatre is regarded and recognized Nationally. It has been operating for over 165 years now and is still presenting top-notch art and entertainment shows. It is also marked as a National Historic Landmark and an ultimate spot for audiences from Pennsylvania and beyond. The theatre is located in Lancaster, State’s Dutch country, and here you can enjoy shows like dramas, comedy, plays, musicals and everything that is supposed to be a part of the theatre. Ticket prices here range from $20 to $74, and the theatre has enough space for disembarking disabled patrons in front. 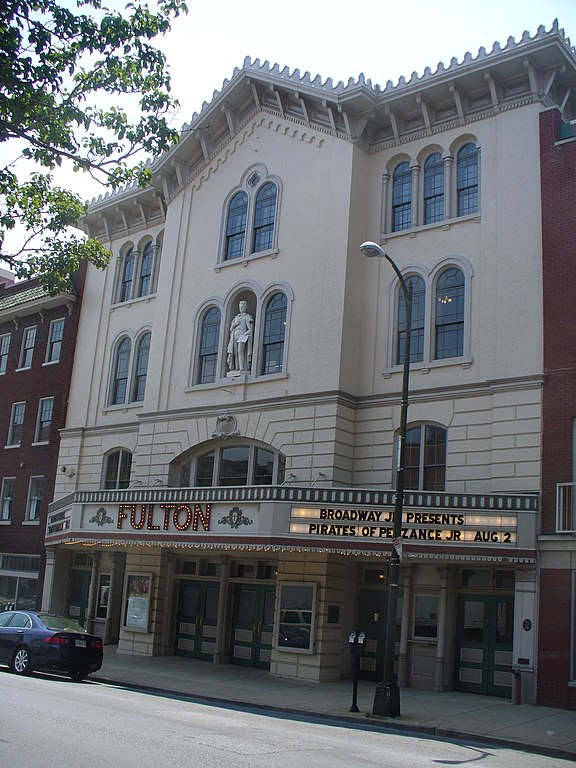 8. Spend Some Time At The Shofuso Japanese House and Garden

Shofuso Japanese House and Garden is a Nationally ranked garden and 17th century inspired Japanese House located in Fairmount Park. It was built in the year 1953 and was a post-war peace and friendship gift from Japan to America. The entire site was built from authentic Japanese techniques and even with the material imported from Japan. It is noted both as a historic site and Museum featuring a tiered waterfall, island, tea garden, traditional tea house, a hill and pond garden, a courtyard garden and several other impressive elements. Nio-Mon Temple Gate is one of the prominent features, and when here, do not miss the chance to view it. Shofuso Japanese House and Garden are one of the most peaceful attractions in Pennsylvania, and being here is not less than a delight. 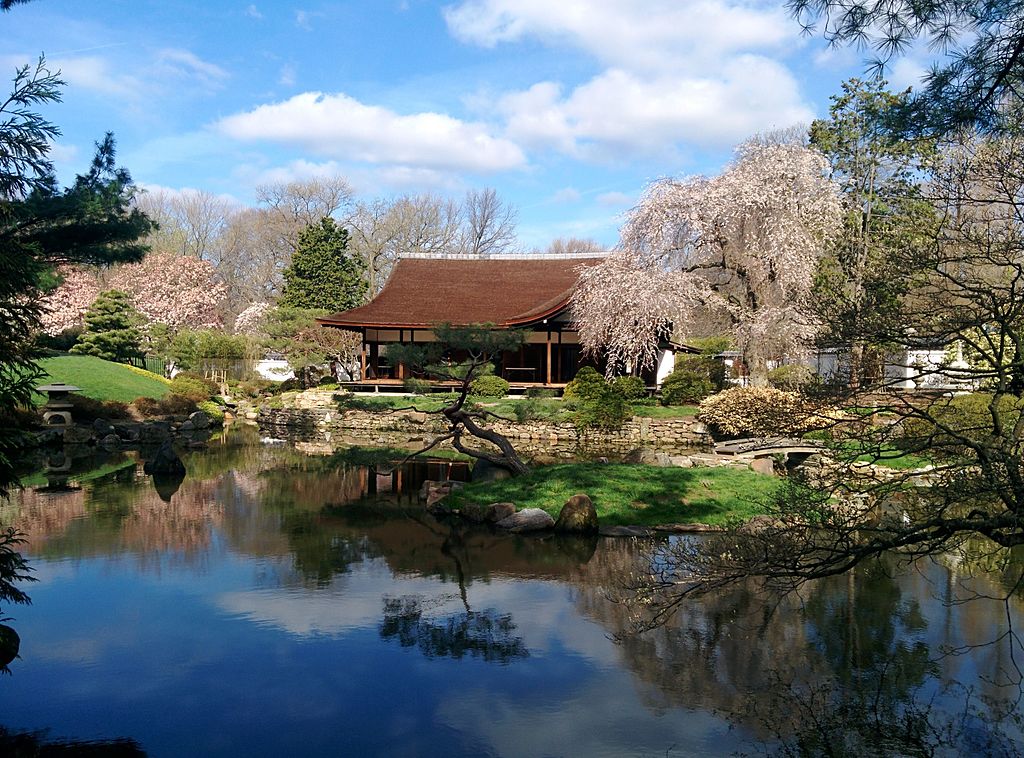 9. Soak Into The Extravagance Of Longwood Gardens

Longwood Gardens is a botanical world on its own. It is spread over 1,077 acres featuring woodlands, gardens, meadows, and a 4-acre Conservatory. It holds one of the greatest horticultural displays in the world and is heaven for any enthusiast. From garden designs to native and exotic plants, seasonal and themed attractions, events, performances, educational lectures, workshops, and courses, there is always something new, exciting and entertaining to learn here. The extravagance of seasonal orchid and rose garden is something that will take you to an entirely unique world of colours, fragrances and natural beauty. With Water, lights, music, fire, and fireworks, it makes one of the most peaceful and beautiful places in America. 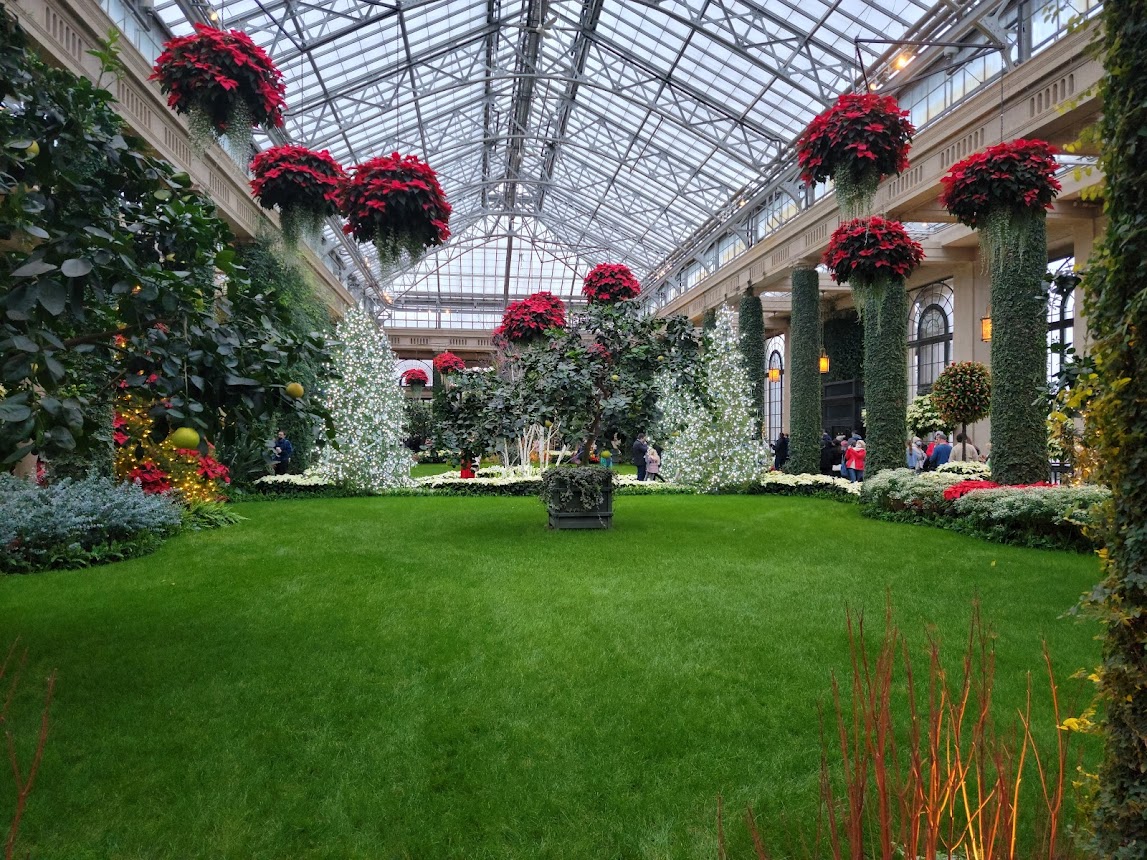 Penn’s Cave & Wildlife Park adds as a jewel to the uniqueness of Pennsylvania, and if you fail to explore it, you are definitely missing something. From 1885 until 1919, the property served as a hotel; however, today serves as a popular tourist attraction. The popularity rises for its Trenton or Beekman town limestone formations, and any cave lover will find it no less than a blessing in disguise. The Park is also the only all-water cavern & farm-nature-wildlife park in entire America, and Penn’s Cave is the only cave placed on the National Register of Historic Places (in Pennsylvania). The 50 minutes guided tour here takes the visitors through a boat, passing the unusual, surprising and out of the world cave beauty. 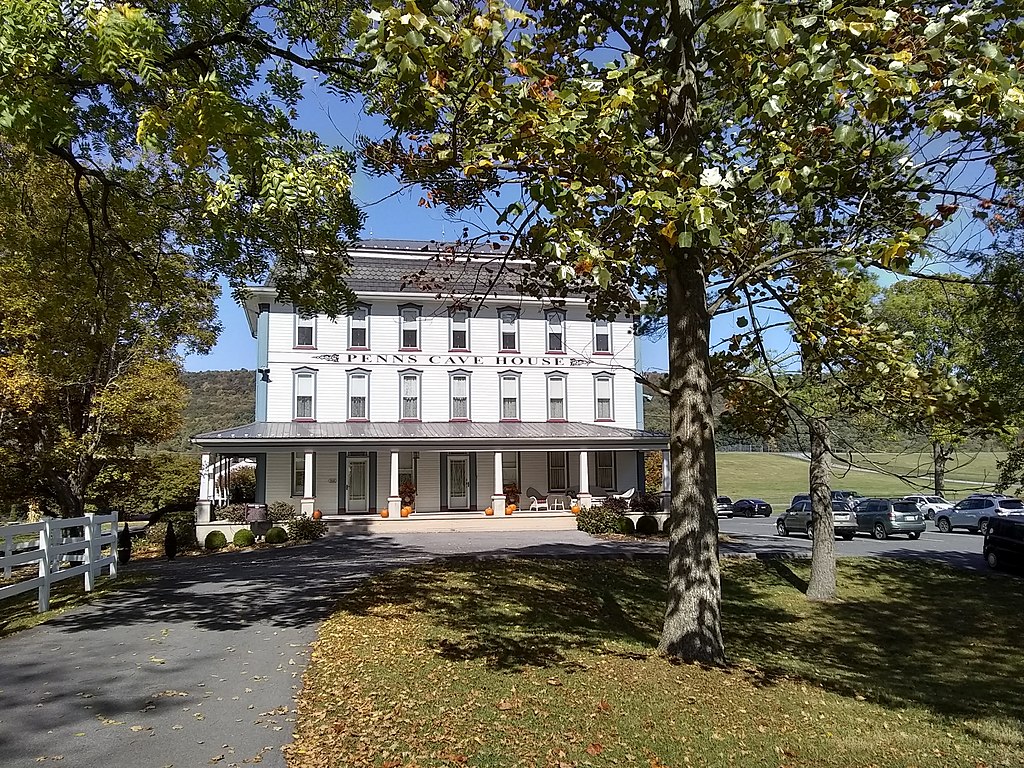 11. Spice Up Your Dining Scenes At The Indian Restaurants

Asian cuisine has been a prominent part of Pennsylvania’s restaurant’s system for long, and when it comes to Indian delicacies, the State boasts some of the best restaurants. Either you are looking for authentic Indian taste or a twist with subtle English flavours (as Indian food can cross the western spice palette), then there are endless options within the State. For authentic Hyderabadi style Biryani (rice meal), you can visit Biryani Bowl Indian Cuisine in Chestnut Hill; for sweet and savoury roadside snacks, visit Desi Chaat House in West Philly, and for the taste of North India, try King of Tandoor at Logan Square. Most of them serve only with prior phone booking. 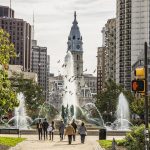 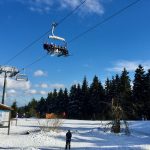