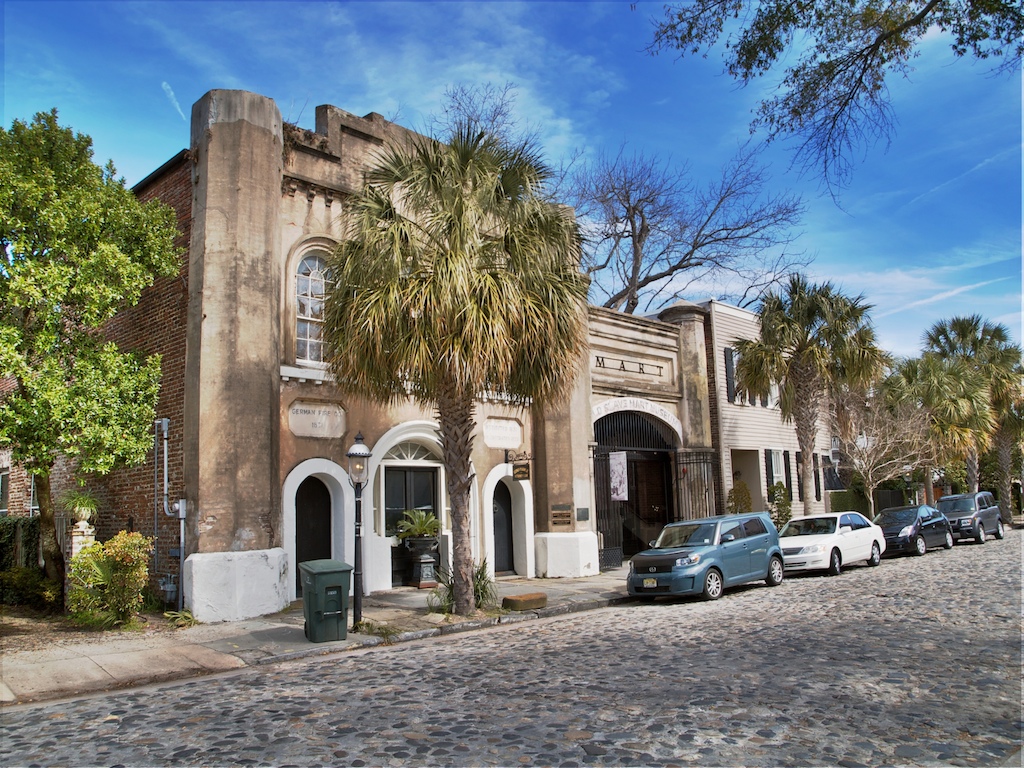 Being so close to downtown Charleston, South Carolina, is one of the best things about visiting Kiawah or Sullivan’s Island for a vacation. It is particularly true and beneficial on days when it rains, which limits the variety of outside activities. Fortunately, dark skies don’t have to ruin your trip to Charleston. Instead, they provide the ideal reason for visiting Charleston’s renowned museums.

You will enjoy exploring fascinating museums in Charleston, brimming with unique artifacts, a rich past, and plenty of cultural flairs. These Charleston museums are the most excellent options if you’ve always been interested in the city’s fascinating history or simply want to learn something new.

You will benefit greatly from a break from the outdoors when you visit these best museums in Charleston.

The Gibbes has more than 15,000 works of art since it was opened in 1905. The 150 artifacts from the colonial era to the present are revolved in The Charleston Story, a permanent exhibition. It features paintings by Charleston artists who were inspired by the Lowcountry and whose works represent Charleston’s way of life across time.

Works by Elizabeth O’Neill Verner, Anne Heyward Taylor, and Alice Ravenel Huger Smith from the Charleston Renaissance, which took place between 1915 and 1940, are noteworthy. The collection of miniature portraits by English, French, and American artists is charming with its little likeness; throughout the year, Charleston-related temporary exhibitions are held. 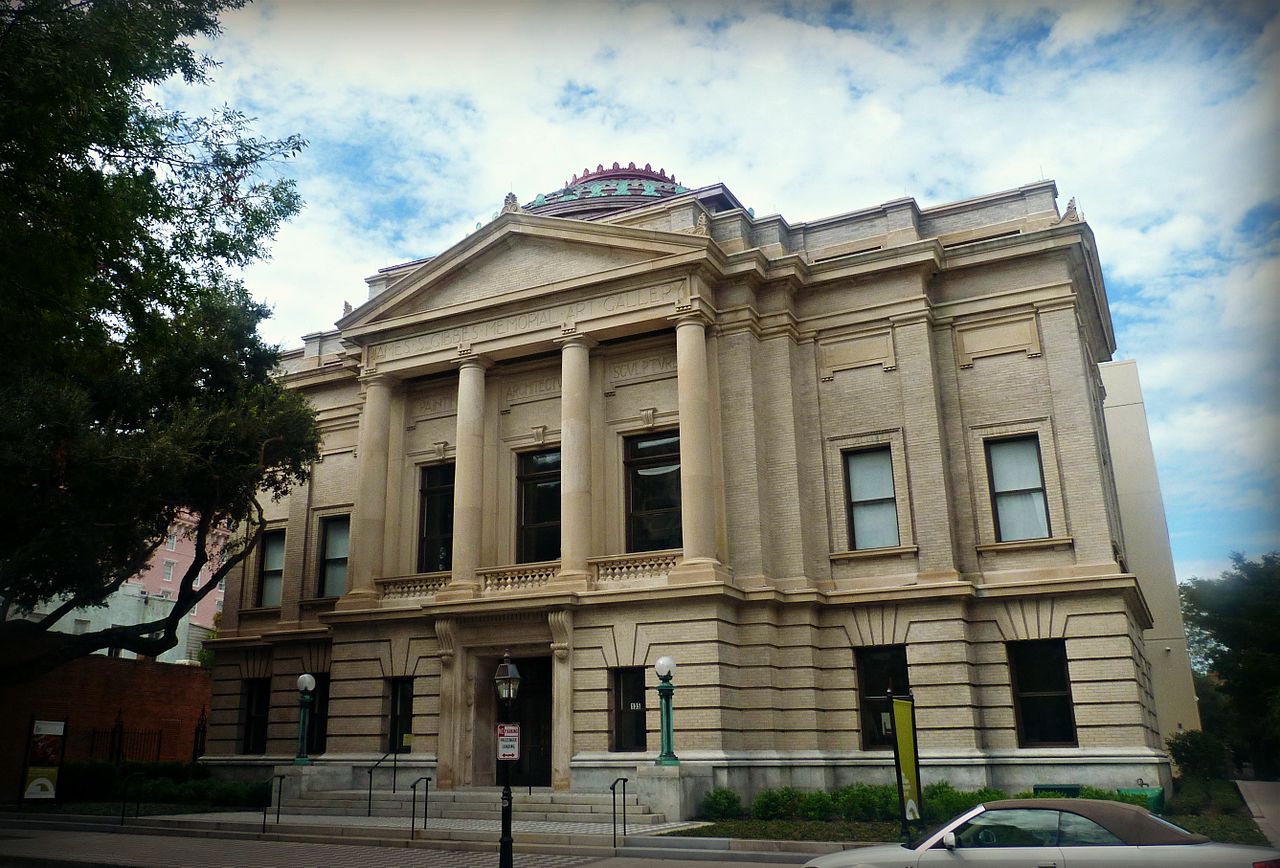 Stand on the last remaining gallery site from South Carolina’s slave auctions. The Old Slave Mart was formerly a section of Ryan’s Mart, a complex with a brick-enclosed yard, a slave cell, a kitchen, and a “dead house,” or morgue, stretched from Chalmers to Queen streets. At this location, slave auctions continued until November 1863.

Following the Civil War, the property changed hands several times and served several purposes, including spells as an auto repair business and tenement housing. Then, in 1964, the Wragg sisters, Judith Chase and Louise Graves, gained control of the Old Slave Mart, added it to the National Register of Historic Places, then started the museum.

It is the earliest and one of the best museums in Charleston and the country as a part of the city’s “Museum Mile.” Despite being founded in 1773, it wasn’t made public until 1824. It is located today across from the Charleston Visitor Center. The Charleston Museum, a fantastic site to start a tour of the city, presents the past of this area from prehistory to the twentieth century.

A prehistoric crocodile skeleton, an exquisite collection of early textiles and apparel, and the Loeblein Gallery are among the permanent displays’ highlights. The silver collection features the creations of gifted local silversmiths who produced items for society’s elite in what was once the wealthiest city in the country during colonial times.

Numerous items contributed by Confederate troops at the end of the Civil War, such as flags, uniforms, diaries, swords, and cannons, are kept in the Museum at Market Hall, which is housed upstairs in the iconic Charleston City Market. In the spring of 1861, hundreds of thousands of younger men flooded into Charleston to enlist in the Confederacy to protect the South.

These young men were given supplies, guns, and orders at the Confederate recruitment station in Market Hall, where they reported. They made the decision to support the women in their efforts to establish a Charleston Confederate Museum. At the reunion, the ex-soldiers were asked to donate items from the conflict to the museum. 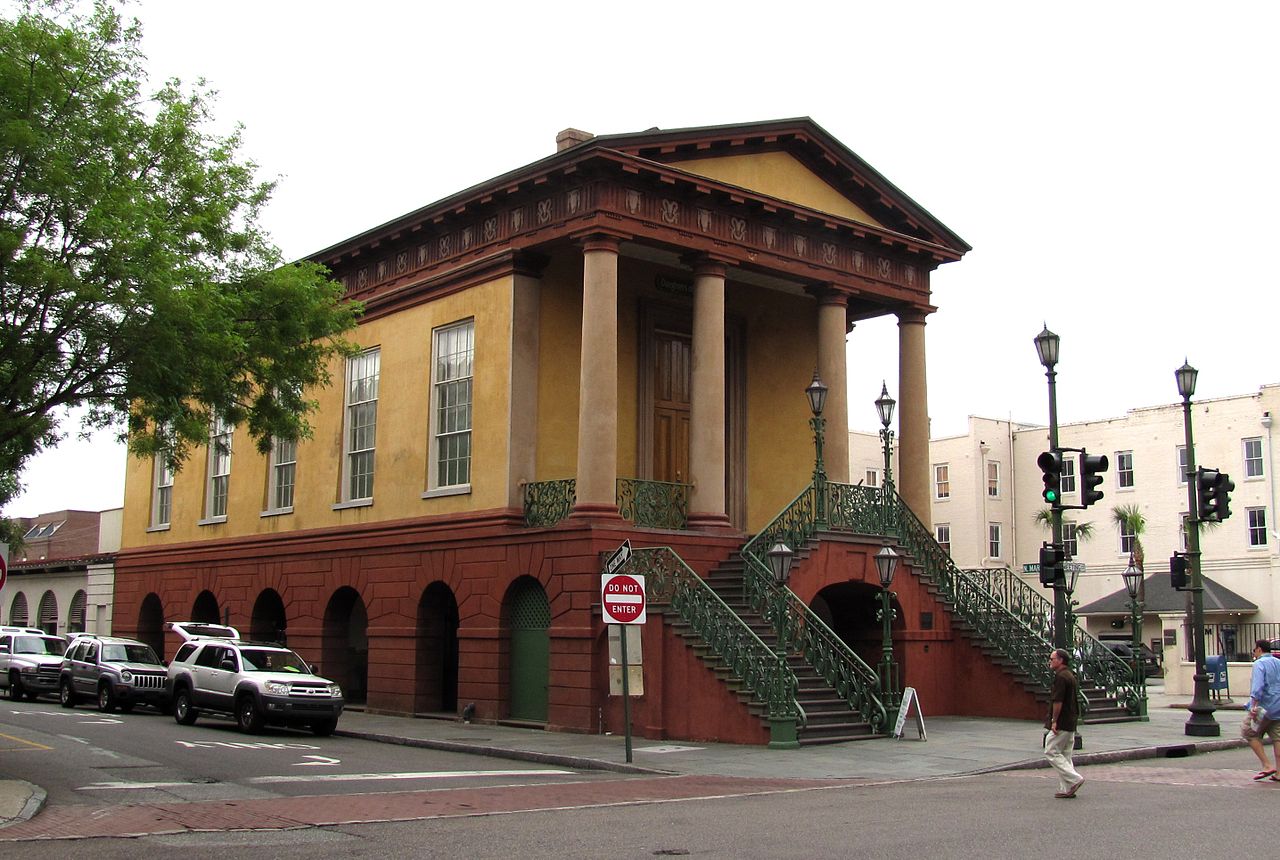 Within the College of Charleston’s School of the Arts lies the Halsey Institute of Contemporary Art, a non-profit organization that does not engage in the art collection. The HICA hosts exhibitions of contemporary art by up-and-coming or established artists. The Wayland H. Cato Jr. and Marion Center for the Arts, located at 161 Calhoun Street in Charleston, is home to The Halsey.

Two gallery spaces totaling 3,000 square feet are available at The Halsey for exhibition space. The HICA’s mission is to offer a thoroughly modern art program dedicated to giving students direct exposure to artworks in various mediums in a setting that supports learning, innovation, and creativity. To view the gallery’s current exhibitions, visit their website. 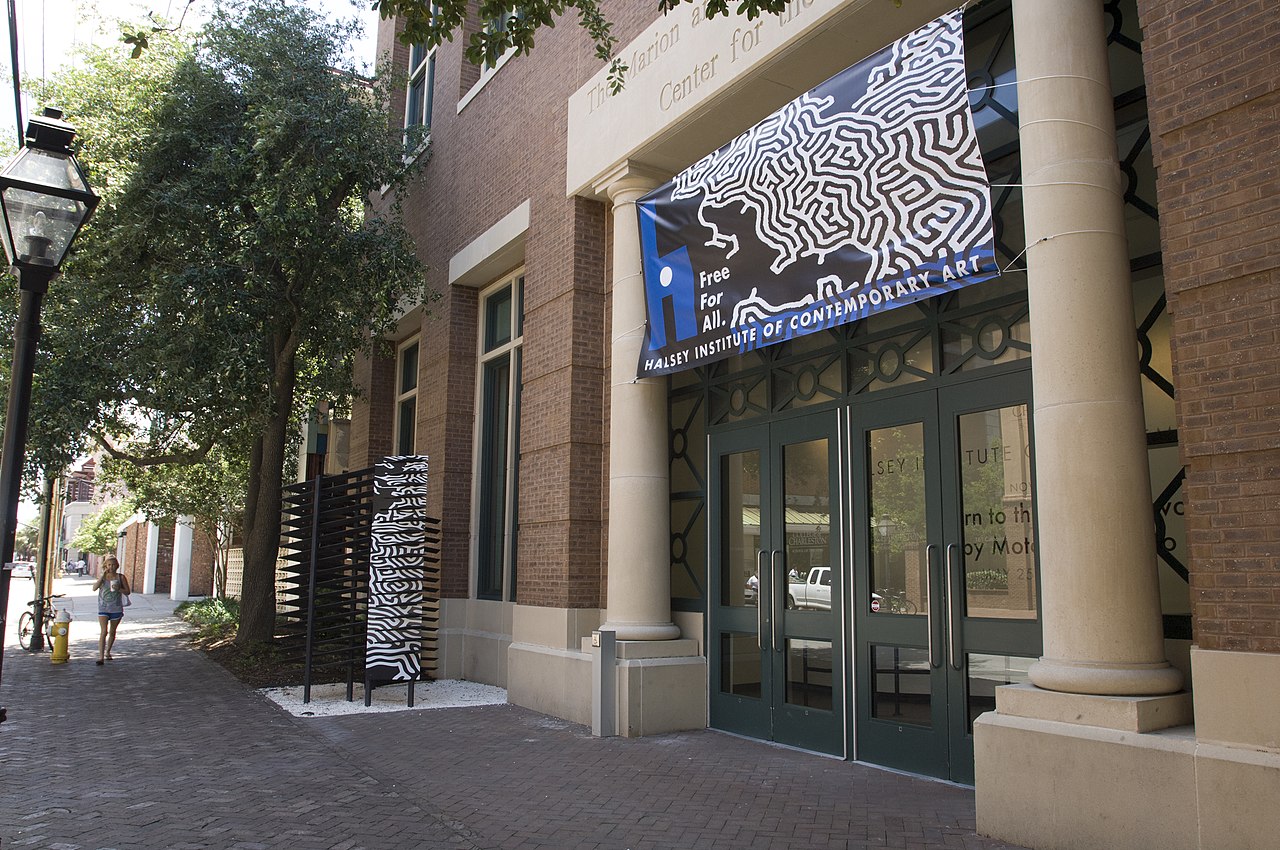 There are 14 Karpeles Manuscript Museums in the Nation, with the Charleston location being one of them. The museum possesses the greatest private collection of all original manuscripts and documents. David and Marsha Karpeles’ quirky private holdings are reflected in the constantly changing collection of more than a million documents.

St. James Chapel, an 1856–built Methodist church, now serves as the home of the museum in Charleston. Confederates utilized the structure as a hospital during the Civil War and kept medical supplies. The library is less busy and offers free entrance compared to other Charleston museums and attractions. History buffs will like this museum, but little children should avoid it. 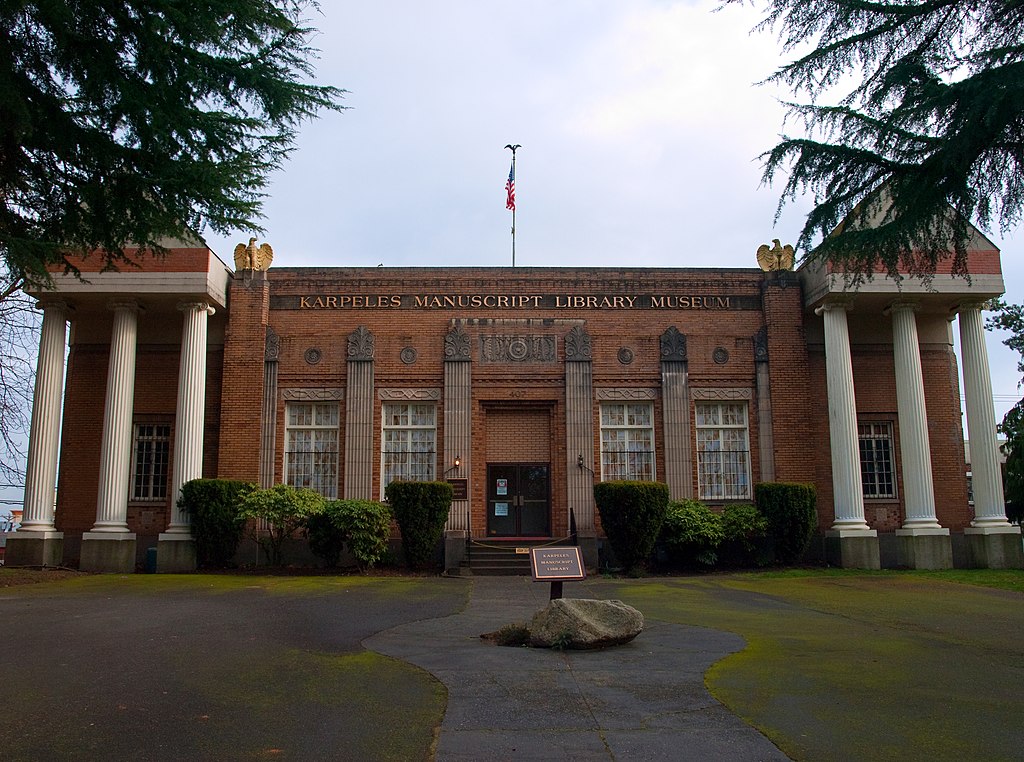 Fort Sumter, situated in Charleston Harbor on a small island, was first constructed as one of several defenses on the East Coast following the War of 1812. A beautiful 30-minute ferry journey from Patriots Point in Mount Pleasant to the Fort Sumter Visitor Education Center at Liberty Square will take you to the fort.

Additionally, it was here that the Civil War began in 1861 when Confederate forces opened fire on government troops for the first time. Visitors can explore a small on-site museum, hear rangers discuss the fort’s historical significance, go on a self-guided tour to see the cannons and other weaponry, and take in the harbor vistas. 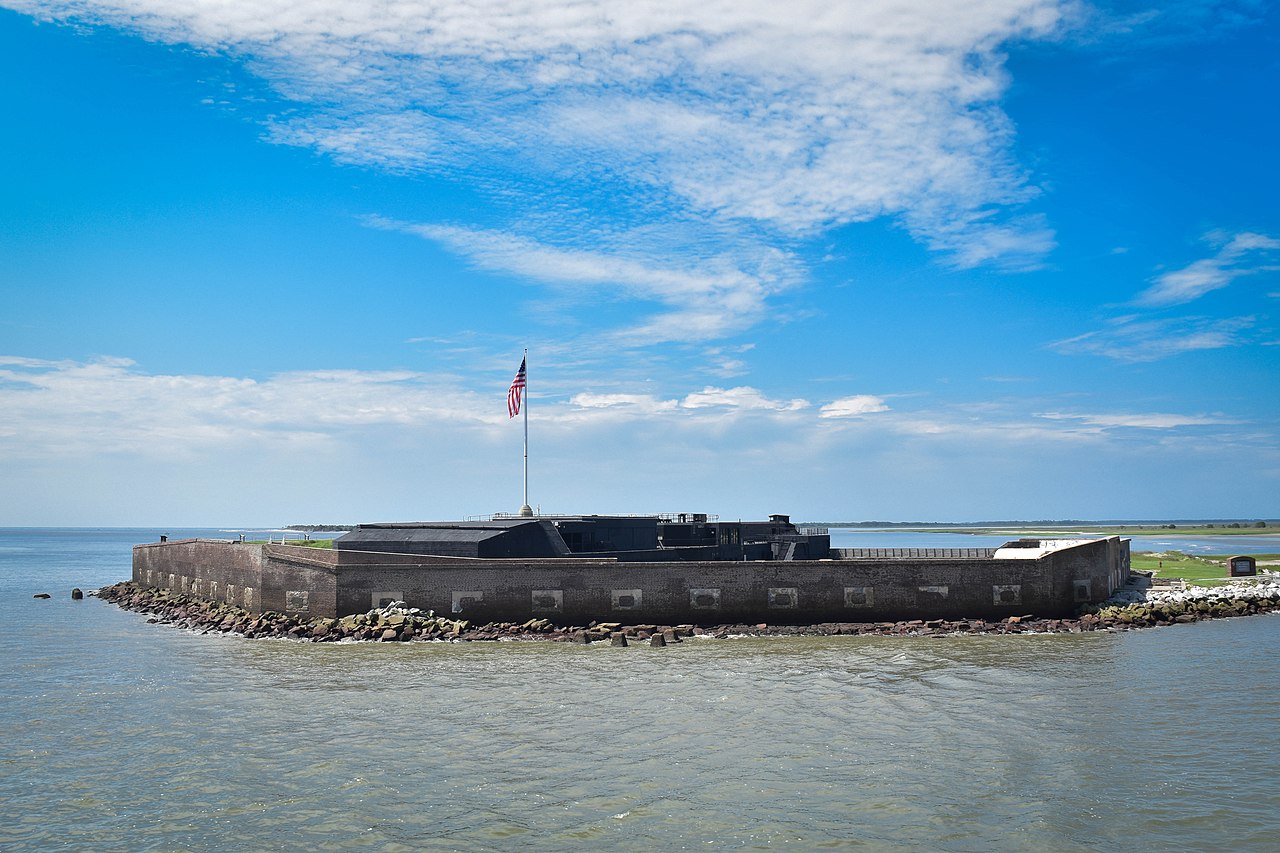 The permanent items in the Citadel Museum span the history of the military academy from its foundation in 1842 to its participation in modern military actions worldwide. Here, you’ll learn about every aspect of cadet life, including the cadets’ places of residence, the courses they attend, and their activities outside of class.

Among the objects on display are photographs, clothing, weapons, and medals from the past. Examine the collection of Citadel rings on display in the foyer from 1895 to the present, and look through the photo albums remembering Citadel men who died in combat wars starting with World War II. 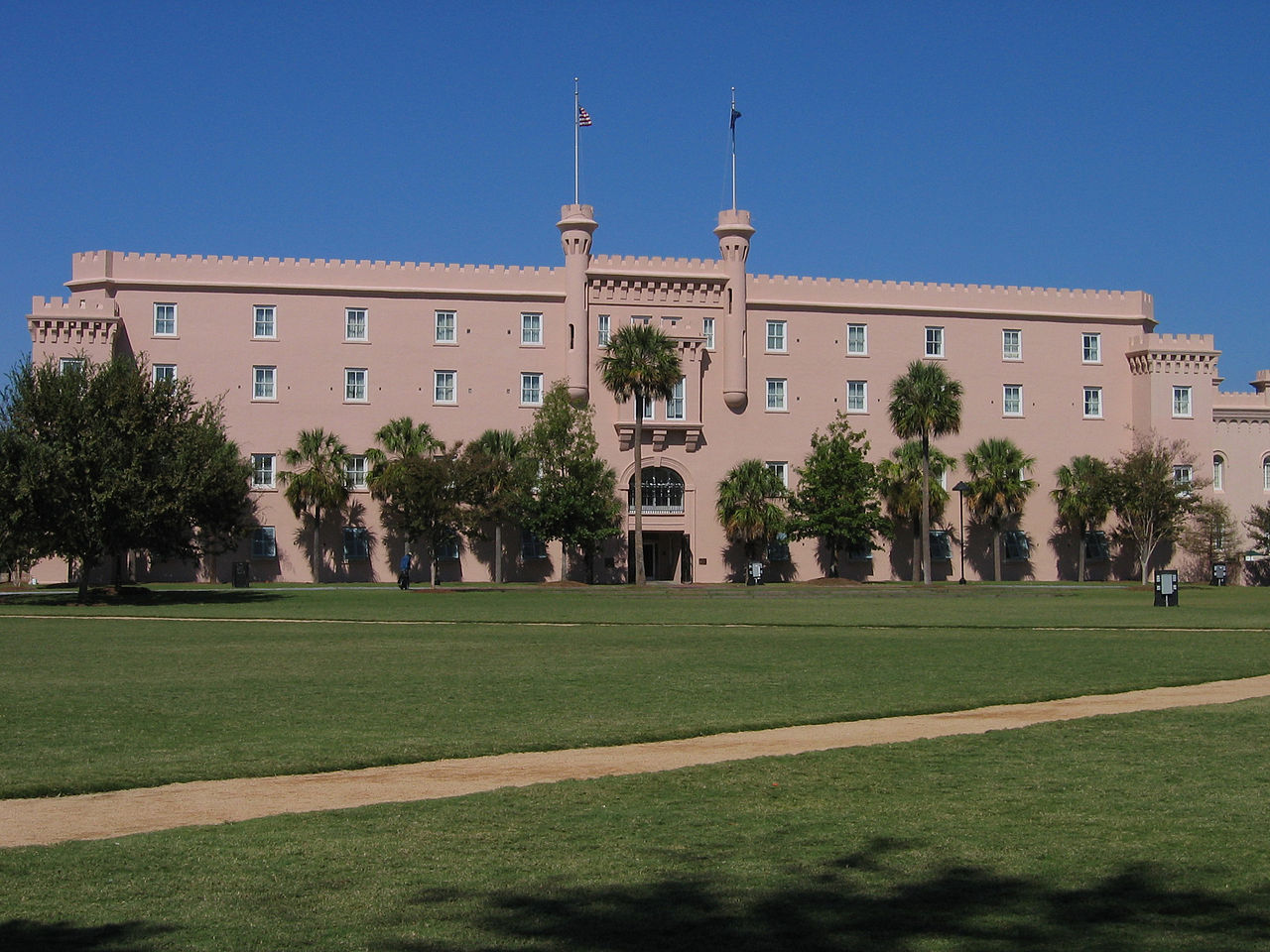 9. Children’s Museum of the Lowcountry

Visit the Children’s Museum of the Lowcountry for an exhibition that will be fun for you and your kids. This location is ideal for young children since it emphasizes hands-on, interactive displays designed to teach kids about the world in a fun way. An art studio, sensory garden, pirate ship, and water play area are a few of the exhibitions.

The museum in Charleston also provides classes and educational events all year long. The museum, which opened in 2003, strives to unleash the potential of young children by letting them encounter new settings and activities that spark their curiosity and inspire their imagination. In other words, this museum can teach kids a lot in a fun and exciting way!

This museum house in Charleston, which the renowned merchant John Robinson constructed in 1820, is also one of the best-preserved townhouse communities in the nation. As such, it is highly significant in the town’s history and attracts tourists who wish to learn more about the Aikens’ slaves’ architecture and daily lives.

Currently, the home consists of the structure itself, an old kitchen, a carriage block, intact slave quarters, as well as a backyard. Regarding the furnishings, several original pieces still exist to paint a charming portrait of the life of wealthy politician and slaveholder William Aiken. The slave quarter, on the other hand, accurately depicts life as a slave. 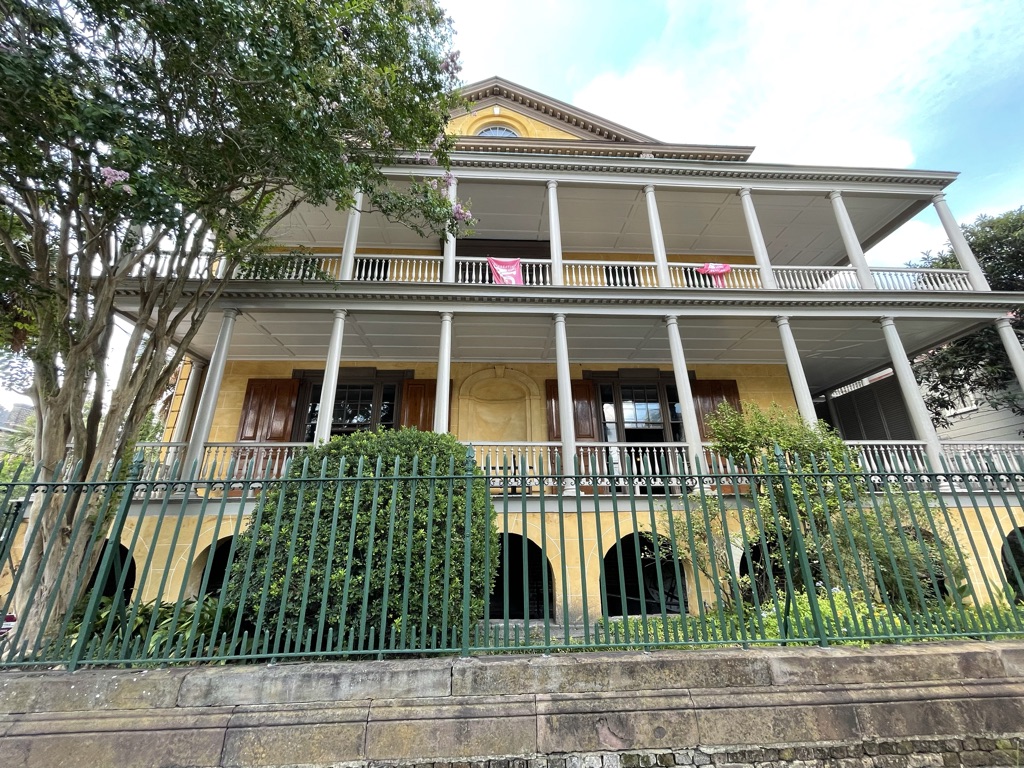 A good location for doing such is the Mace Brown Museum. It is one of the best museums in Charleston, on the College of Charleston campus, and includes a range of international natural history collections. The collection of vertebrate fossils, which is substantial, includes a large number of Cretaceous-era specimens to start.

The museum also features a sizable invertebrate paleontology area with top-notch global specimens. It is also presented with a thorough exhibit of rocks and minerals from South Carolina. And if that wasn’t enough, this museum also has a lot of plants and animals that have been mounted.

The Postal Museum in Charleston is the place to go if you want to learn more about the postal service. The museum is among the fascinating locations to see in Charleston, which might surprise you. First, it has a variety of displays linked to postal history and a variety of postal artifacts from various regions of North and South Carolina.

In addition, it offers entertaining interactive exhibits. For instance, you can organize your mail on a sorting table as postal workers do. It allows you to connect with society in the eighteenth century before email and text messages were invented. You can also learn about the history of the first-class postal delivery truck and take a peek at it.

One of the biggest museums in the world is Patriots Point. Visitors to the museum can see the destroyer ship, USS Yorktown, the submarine, and the aircraft carrier. Also available for visitors to see are the Medal of Honor Museum and the Vietnam Experience Exhibit. The USS Yorktown served as the United States Navy’s eleventh aircraft carrier.

The public has access to the majority of the ship. After exploring the vast flight deck, sit in the captain’s chair. Photos and exhibits provide a peek into life on the ship. After the tour, eat a hot lunch at the C.P.O. mess hall on the aircraft carrier or get something to eat at the snack bar. Plan to visit everything in around 3–4 hours, and be prepared to walk a lot and climb high steps.

Sea turtles, who were early mariners, provided a new perspective on history, focusing on a city by the sea rather than on trade, architecture, or agriculture. The South Carolina Aquarium is known for its love of turtles and boasts a stunning waterfront view, which is likely worth the price of admission.

The Great Ocean Tank, wherein sharks casually cruise by and neon-colored fishes dart and swirl around, is unquestionably the aquarium’s centerpiece. It exhibits fish, birds, and marine life from South Carolina’s upstate river environments down to the ocean. Furthermore, the recent Zucker Group Sea Turtle Recovery is rare and one-of-a-kind.

The richness and significance of Charles Towne as a thriving and important seaport are reflected in the Old Exchange and Provost Dungeon, which was constructed in 1771. A non-profit historical institution emphasizing the American Revolution and colonial Charleston, the structure has been a Charleston landmark for 250 years.

The building’s basement was used as a military detention facility for British forces during the American Revolution. This facility was known as the Provost or Dungeon. The sole remaining section of the old Charles Town city wall currently accessible to the general public is the Half-Moon Battery, which visitors can see to the Exchange and Provost Dungeon.

Charleston is home to the top museums in the country. Few sites in the nation showcase both the greatest and worst aspects of American history, yet Charleston is among the best places to learn about America. Every visitor can find at least one museum of their choice on this list of the best museums in Charleston, Southern Carolina. 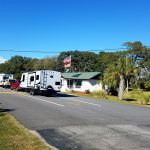 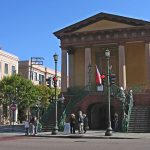 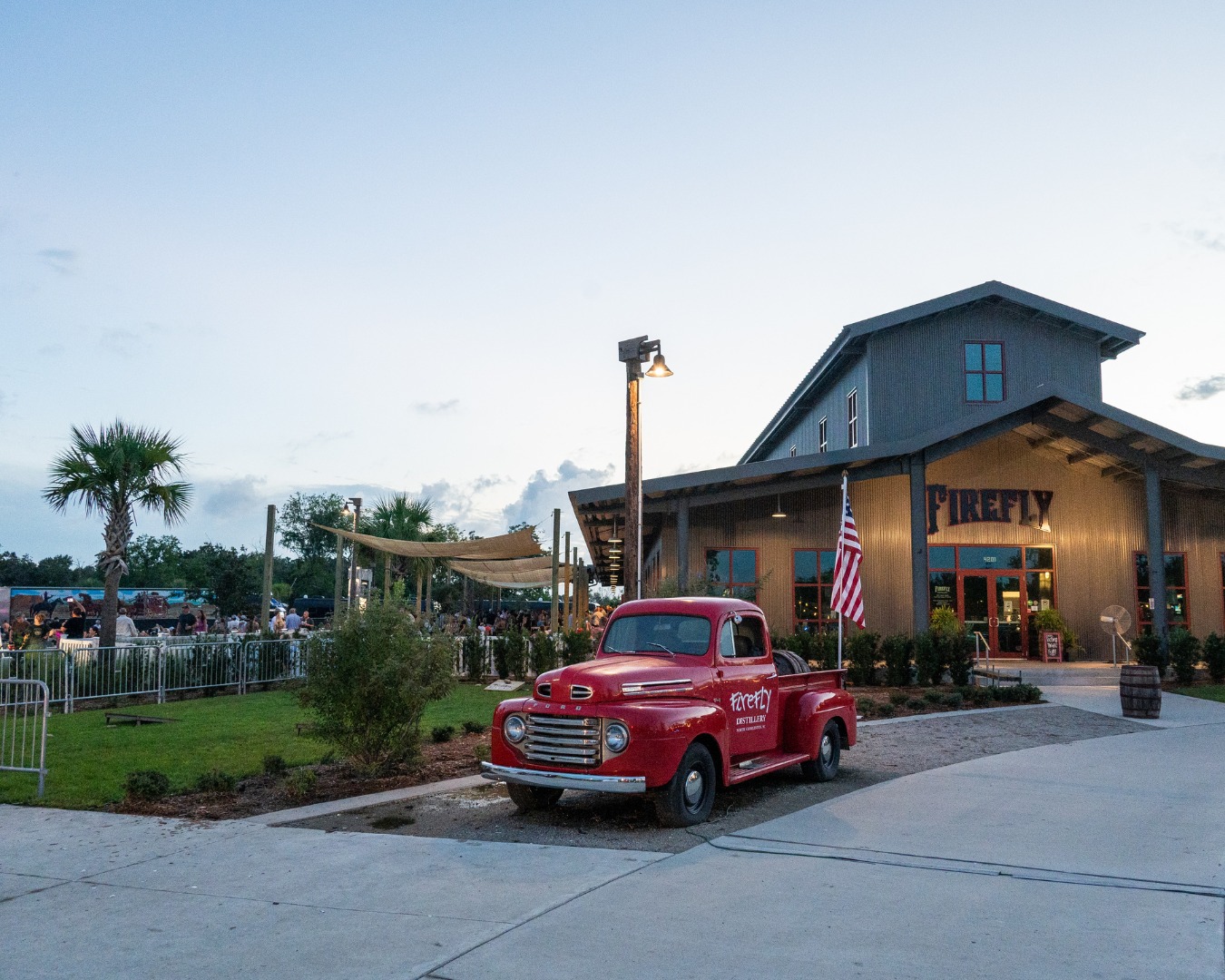 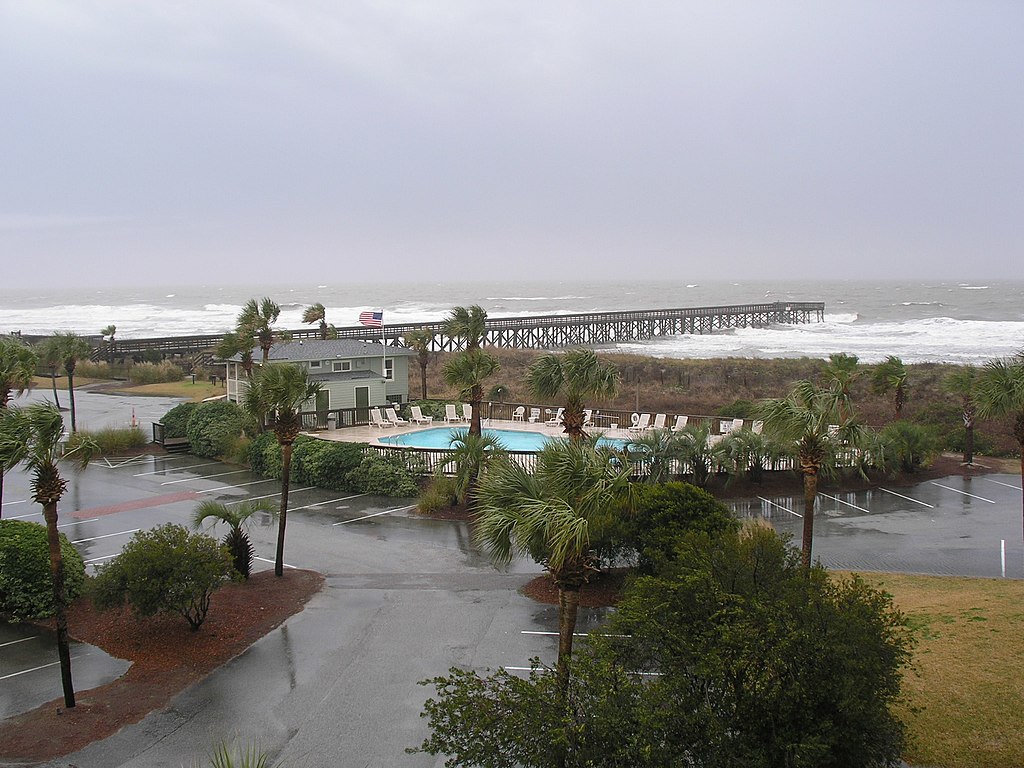 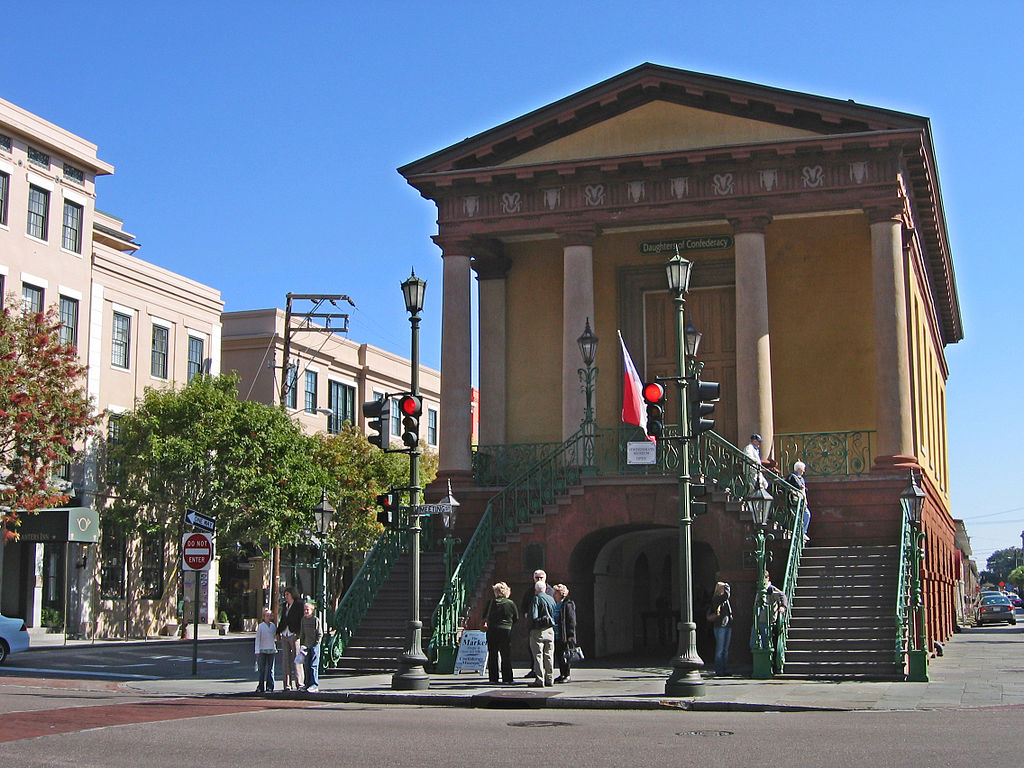