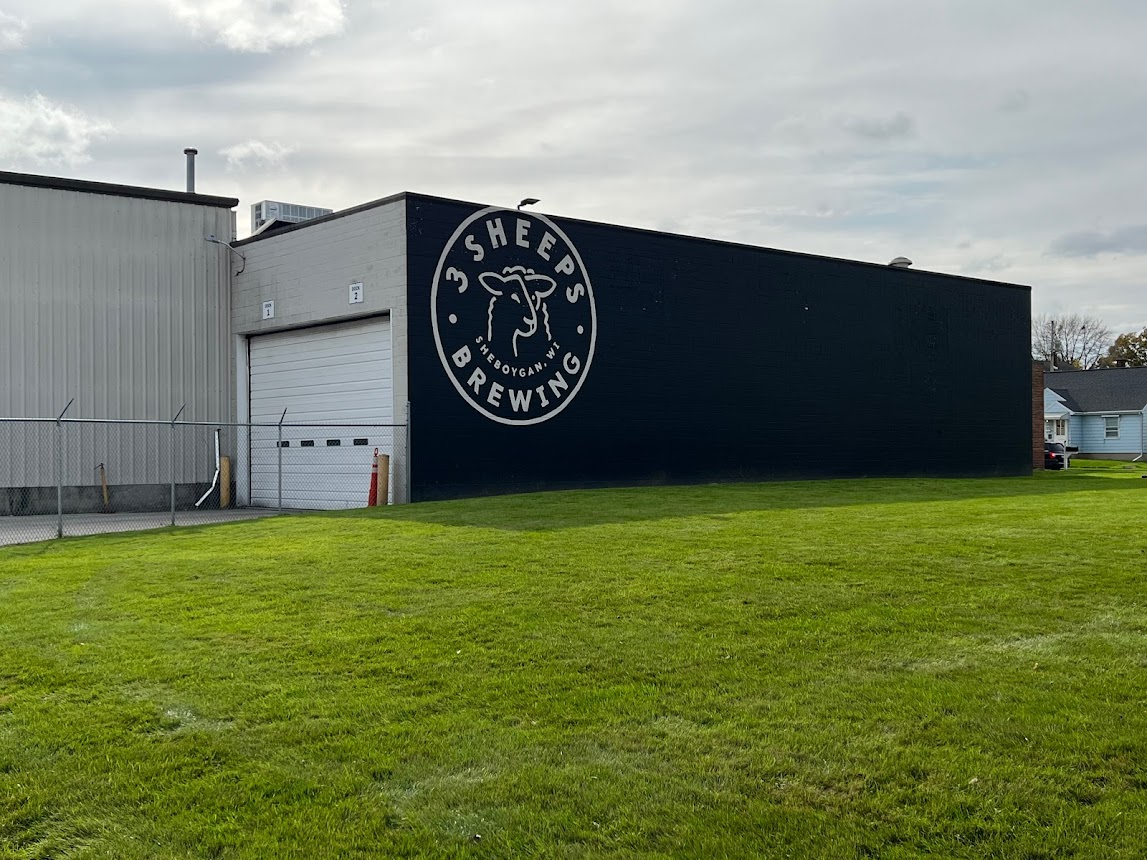 Wisconsin and Beer have a really strong association. German immigrants originally brought the heritage of Beer making in Wisconsin, and 1830 was the beginning of this tradition. Since then, the State of Wisconsin has seen multiple changes, reforms, and development, but Beer remained constant. Even in the earlier days, Breweries were a prominent part of Wisconsin communities, including churches and schools. It made the industry face numerous attempts to restrict the consumption and distribution, but eventually, Beer became an intimate part of the State.

While the Beer market in Wisconsin always had a dominance of industry giants, the scenarios today are a little different. Today the major influence of Beer in Wisconsin comes from craft breweries who produce it in a traditional and non-mechanized way. These breweries follow age-old Beer-making methods, stick to the legacy, and yet compete in the market. They have techniques, combinations, and flavors that even popular brands fail to offer. Wisconsin craft breweries can confuse a Beer lover with choices. However, we have suggestions on some of the best craft breweries of Wisconsin, and their best produces.

It wasn’t long after their opening that the 3 Sheeps Brewing Company started grabbing awards. Grant Pauly, the founder, and owner of 3 Sheeps, turned his passion and legacy into a real-time business. This Brewery is located in Sheboygan and operates throughout the week. Its main taproom comprises a 10,000 sqft space featuring 20 beers on tap. They specialize in a variety of Barrel Aged milk stouts along with Imperial Stout. 3 Sheeps Brewing company is more for beer lovers who like to sit, relax and enjoy every sip of the drink.

Along with the Beer, the atmosphere here is really appealing. Belgium breakfast served with a choice of Beer at either their Patio or open green space is all that a Sunday calls for. The best part is that they do allow dogs (on-lease, of course).

As the Beer legends suggest, the Tyranena Brewing Company is a must-visit Brewery in Wisconsin. It is located in the city of Lake Mills and is now functioning for over 25 years. Tyranena brews five outstanding batches and four seasonal brews on tap throughout the year. Some of the famous drinks here include Headless Man Amber Alt, Rocky’s Revenge, and the Down N’ Dirty Chocolate Oatmeal Stout. Tyranena has an impressive production capacity of 45,000 barrels though it operates through just 6-vessel and 30-barrel. The Brewery is mostly jam-packed with enthusiasts, especially during the evening hours. They also have a seasonal beer garden where guests can sit and sip or tour around. 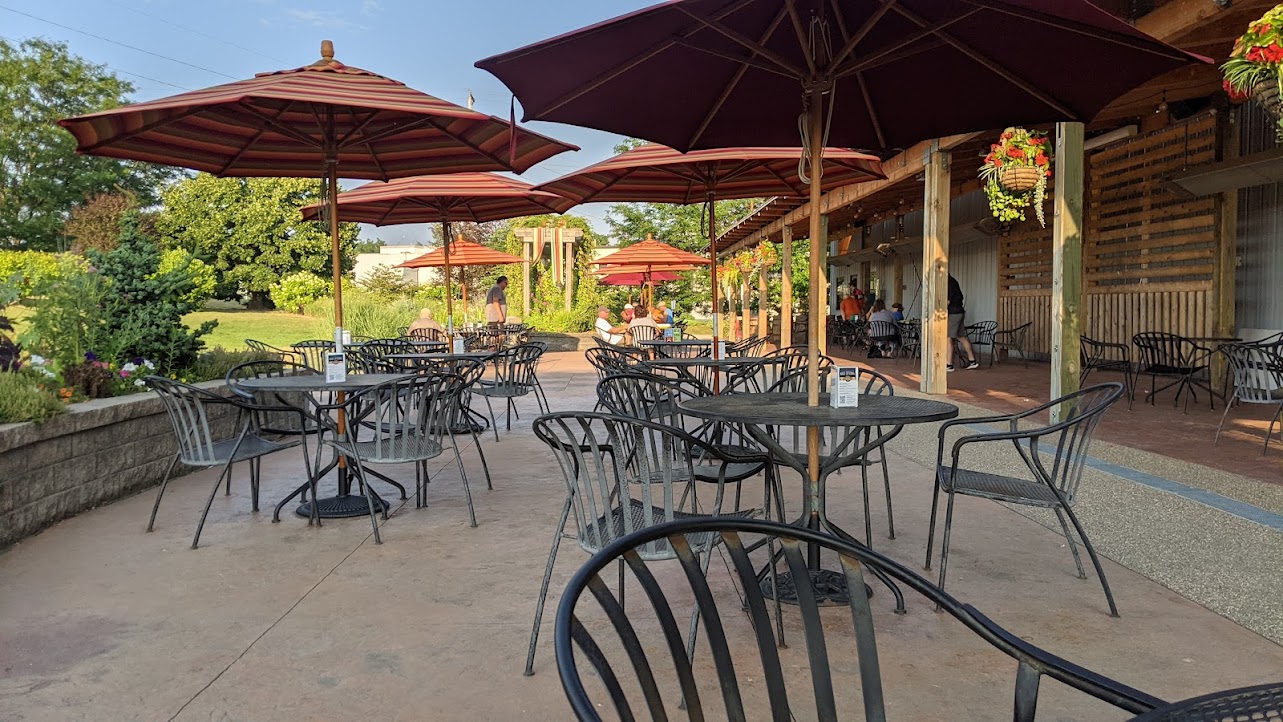 Pitchfork Brewing is a classic nano-brewery and a Brewpub in Hudson. What makes their Beer unique are the local ingredients and classic practices. Their styles include one whole cone of hops and locally sourced ingredients. Pitchfork offers ten tap lines, amongst which two are regarded as Wisconsin’s best craft brew. The offer on their taps is ever-changing, so the entire selection is new and unique the next time you visit. Along with Beer, they also serve one-of-a-kind craft sandwiches, pizzas, and other snack appetizers. Even the meat they use is smoked freshly a few minutes before coming to your table. Pitchfork Brewing company operates from Tuesday through Saturday from noon until night. 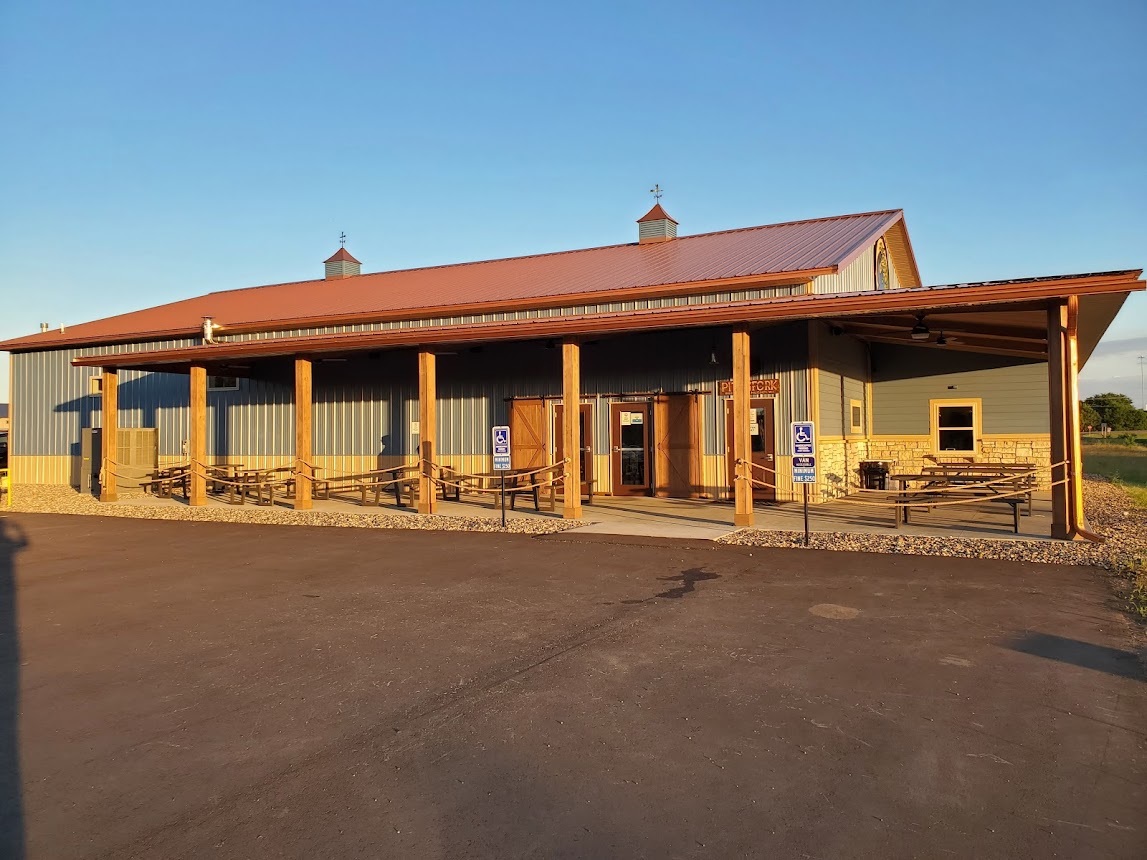 Every Beer you will ever sip in Northwood is brewed here at the Northwoods Brewpub. So, the next time you are searching for a freshly brewed beer mug, head to this place in west-central Wisconsin. The options here begin from regular brews to seasonal brews and limited-edition offerings. Upon entering, guests can sip on some free samples, including Kelly’s Stout, the Floppin’ Crappie, and more. Though if that isn’t enough, guests can always pay for other options or even take back some of them (nicely packed). Whatever your choices are, one thing is sure that every single mug of Beer you gulp here comes out fresh and unpasteurized. Northwoods Brewpub is settled inside a 100-year-old building in a lodge-like setting, all woodsy and warm. You either count on their 35 taps, eat their handcrafted pizzas and burgers, play a game, or let loose to the musical atmosphere inside. 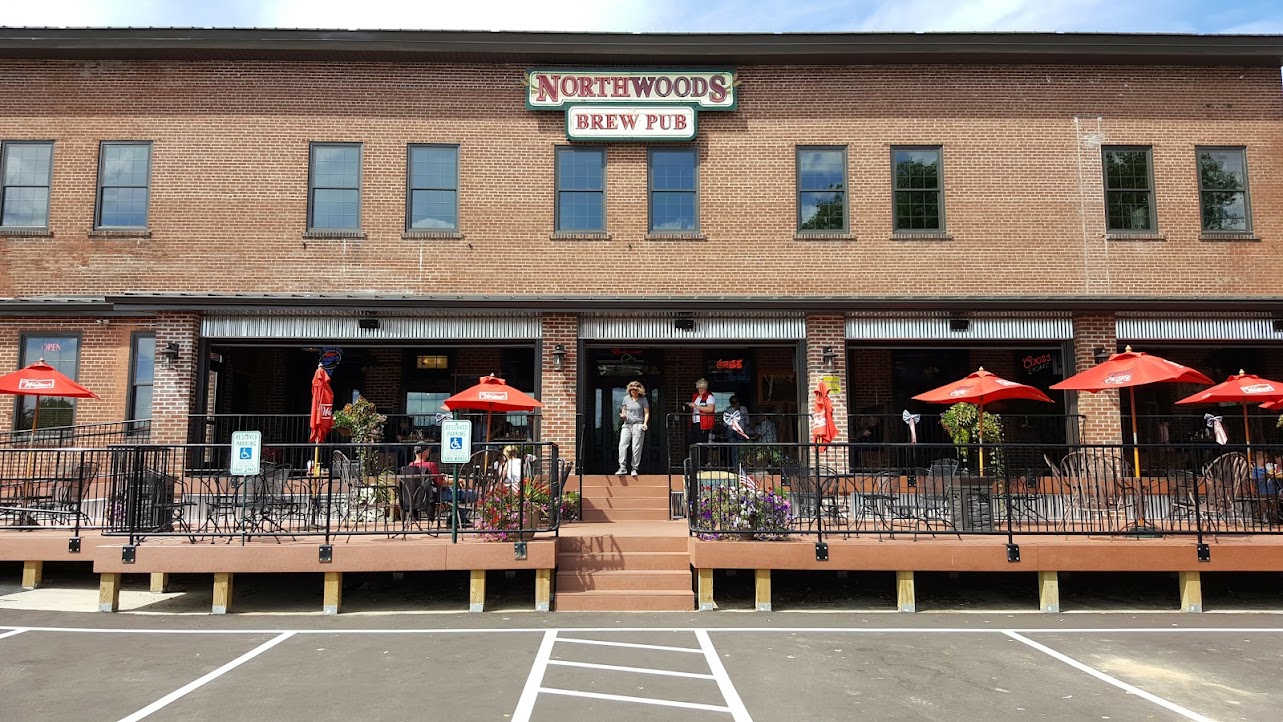 Karben4 Brewing initially started small, but after 10 years, it has reached the position of one of the best in Madison. It is basically a warehouse-like taproom with a huge patio outside. They initially started with 10 taps straight out of the taproom, and today are pumping out of several more. Currently, the selection features 14 brews being bottled, amongst 12 of which are readily available on draft. Karben4 is still growing, and one can expect several new additions to their collection soon in the near future. Also, as per suggestions from their regular customers, when heading towards Karben4, always come with an empty stomach. Wondering why? They have the most terrific food menu be it snacks or lunch. Another best part is that they have kids park and even allow dogs on lease. 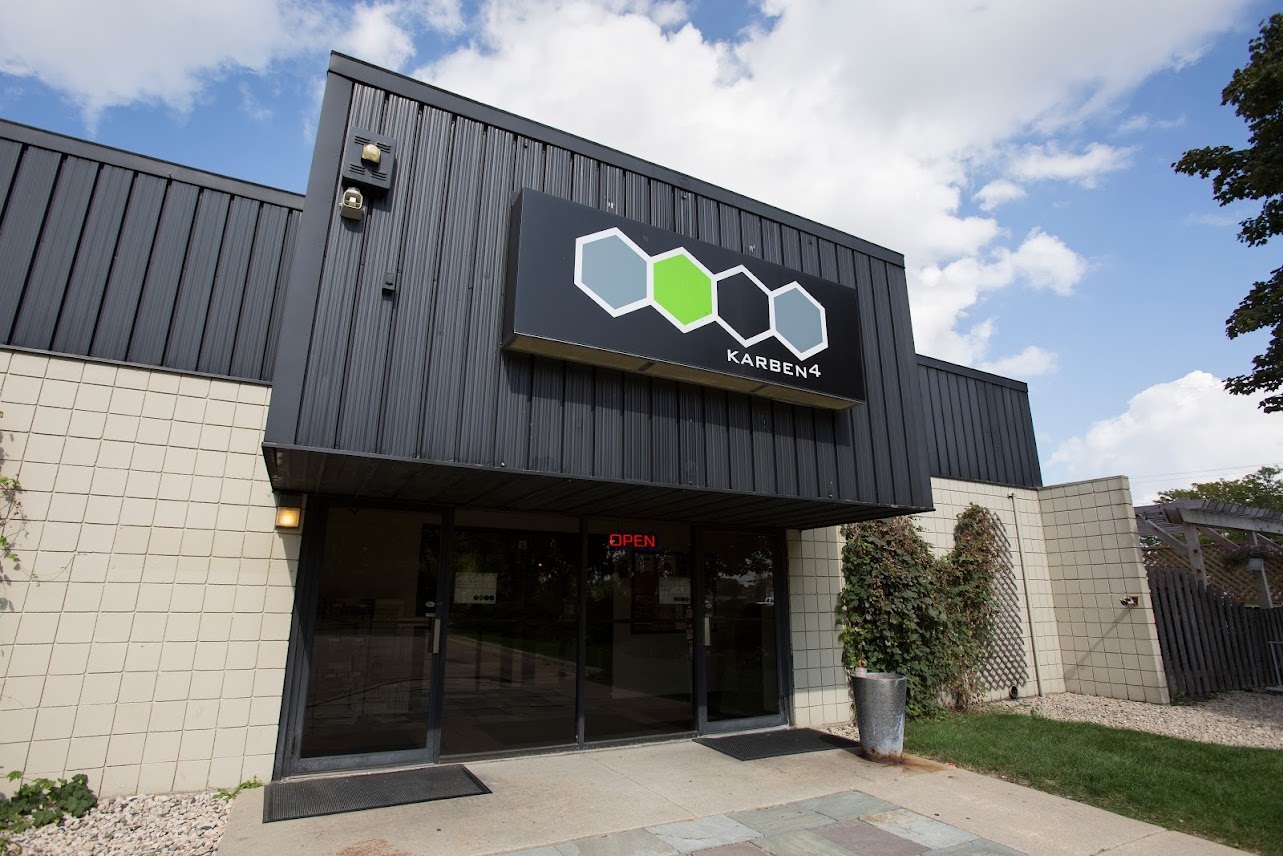 Wisconsin’s bold, creative and award-winning brew place, the Grumpy Troll Brew Pub, is a must-visit. Grumpy Troll is led by a long-time commercial brewer, Mark Knoebel, attracting both locals and travelers. They invite guests to try the samples first so that they have an idea of which one to buy. Along with Beer, they are known for their gourmet pizza available on their pizzeria on the second floor. Grumpy Troll isn’t just a place for Beer but a whole entertainment venue in itself. From live music to comedy shows, magic shows, and other events, evenings and nights here are totally fun-filled. 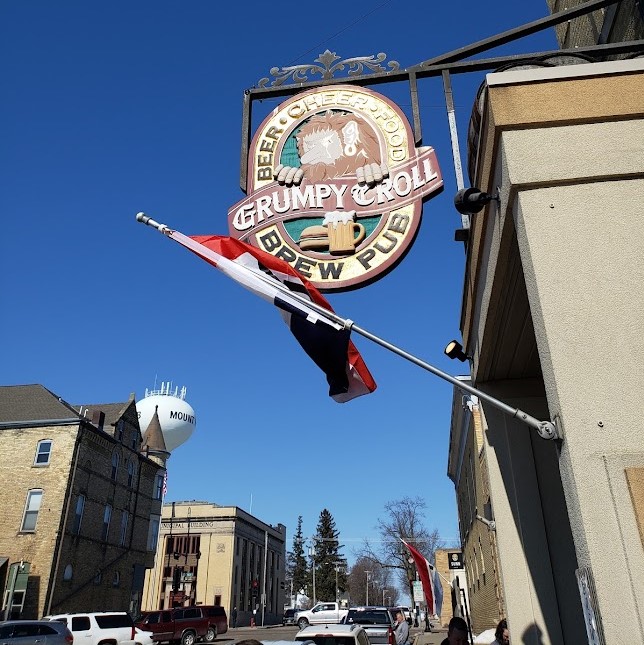 Owned by brothers Russ and Jim Klisch, the Lakefront Brewery has been operating in Milwaukee since 1987. From 2007 to 2011, it was awarded Milwaukee’s best Brewery and the fourth-best Brewery in the Nation. It has been a popular choice amongst critics for Rendezvous and Riverwest Stein to other beer awards. It is also the first certified organic Brewery in America and the first government-approved Brewery to produce gluten-free Beer. Along with their huge beer selection and world-class taste, their lakefront setting makes them the best. Especially if you happen to be here during the evening or night hours, from views to entertainment options, everything will captivate you to the core. 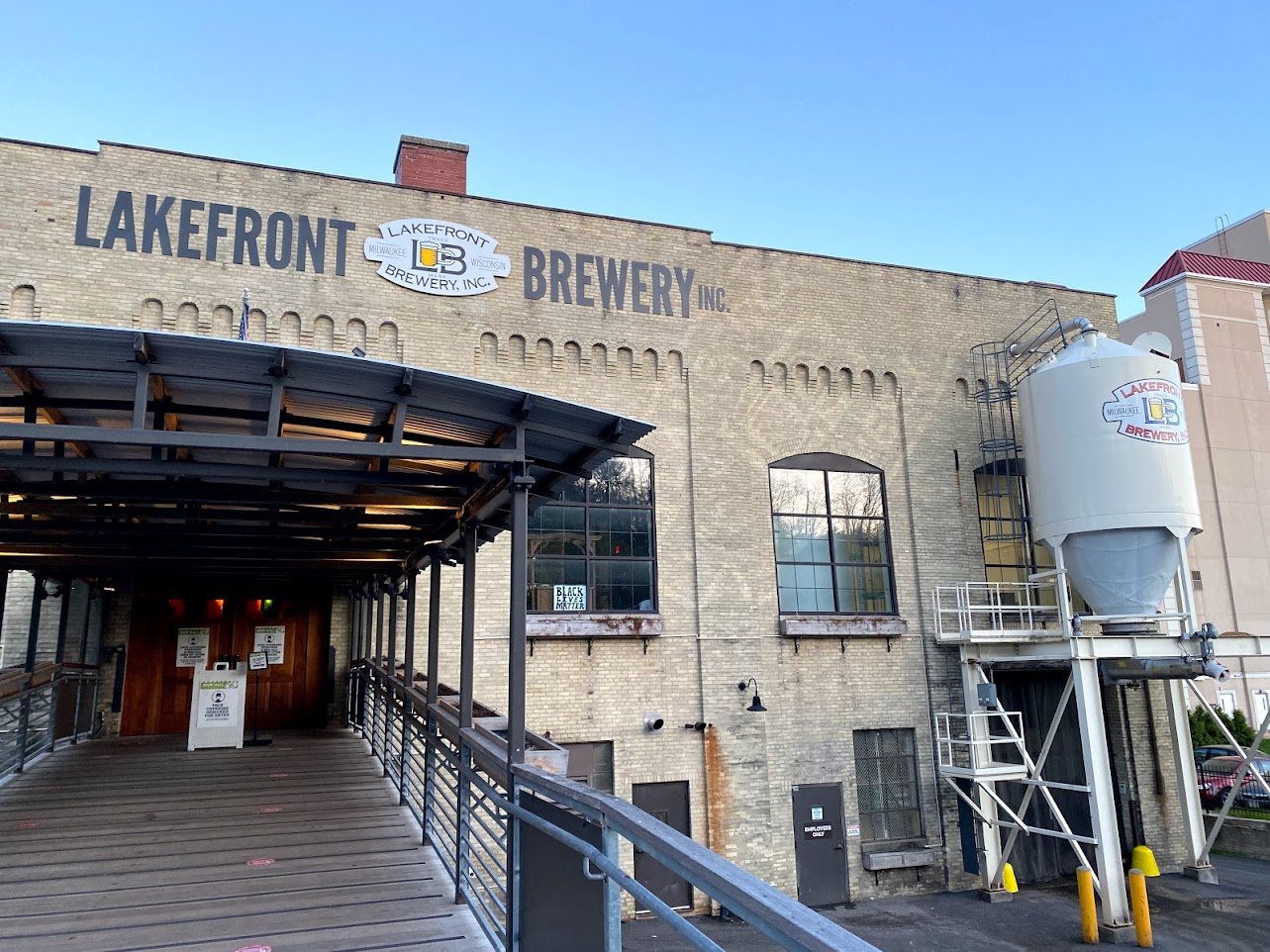 There isn’t a better place for fans of creative and bold brews than the popular Tribute Brewing co. in Wisconsin. The relaxed and serene setting here along the Eagle River makes it more inviting. No doubt, it is one of the assets of the site. It is located inside a huge metal warehouse housing a fun little taproom. The menu here includes regular to the seasonal, retired, anniversary edition, along with special and limited-edition selections. Here, some famous options include the White Legs Jalapeno Wheat Ale and the Blueberry bears. While they do not have their own food selection but on-demand, they can either order you a pizza or allow you to bring any food item from outside. However, to go with your drink, they do offer some out-of-the-world complimentary popcorn and peanuts. 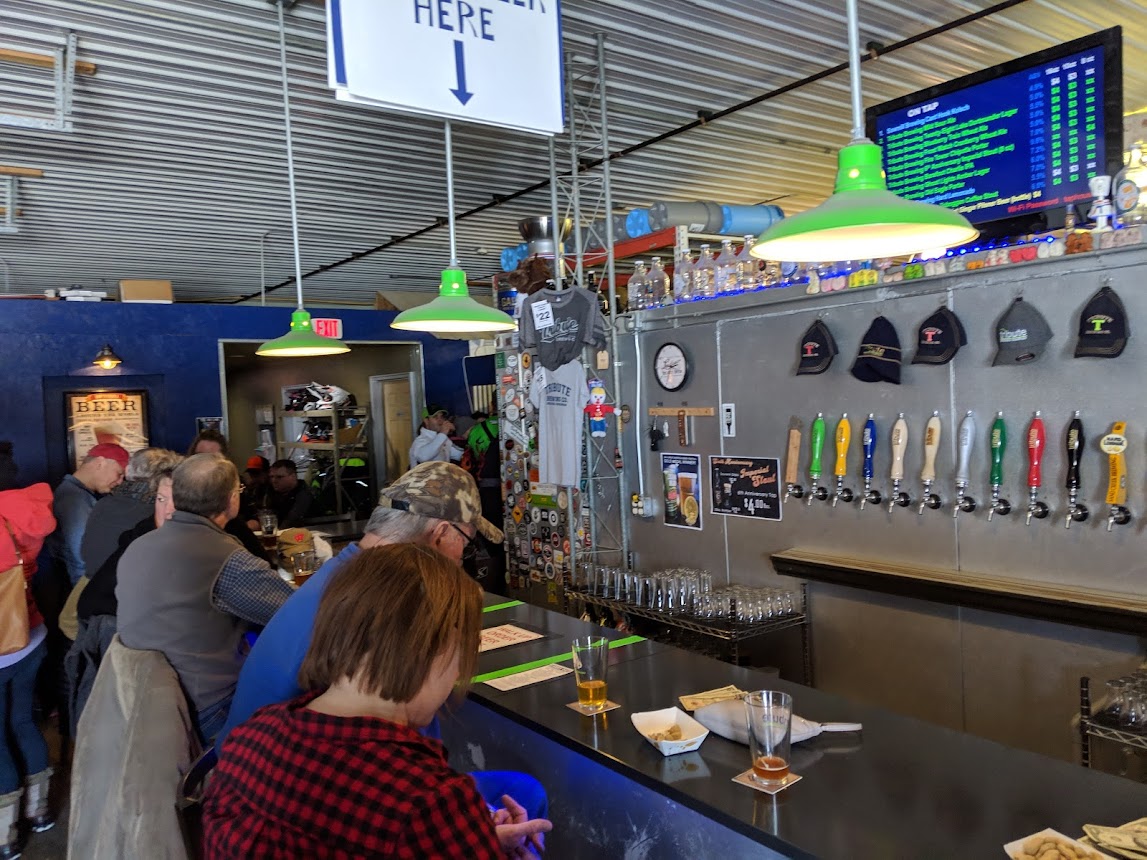 The Sand Creek Brewing Company is one of the largest microbreweries in Wisconsin. The best part is they also specialize in craft beers, so one does not have to visit places even when wanting some specific choices. The place, though, isn’t really big or fancy but only with the color and fragrance of their Beer can one go nuts. When here, do try their Bugler Brown Ale and Badger Porter. And once you reach to have those flavors in your mouth, you are definitely going to mark the place in your most-visited list. While the taproom is operational from Thursday (after 5 pm) through Saturday (from noon), keg sales, bottle sales, and growler fill operate daily. Visitors can also tour the Brewery for free (on Friday) and go through the historic brewery building. 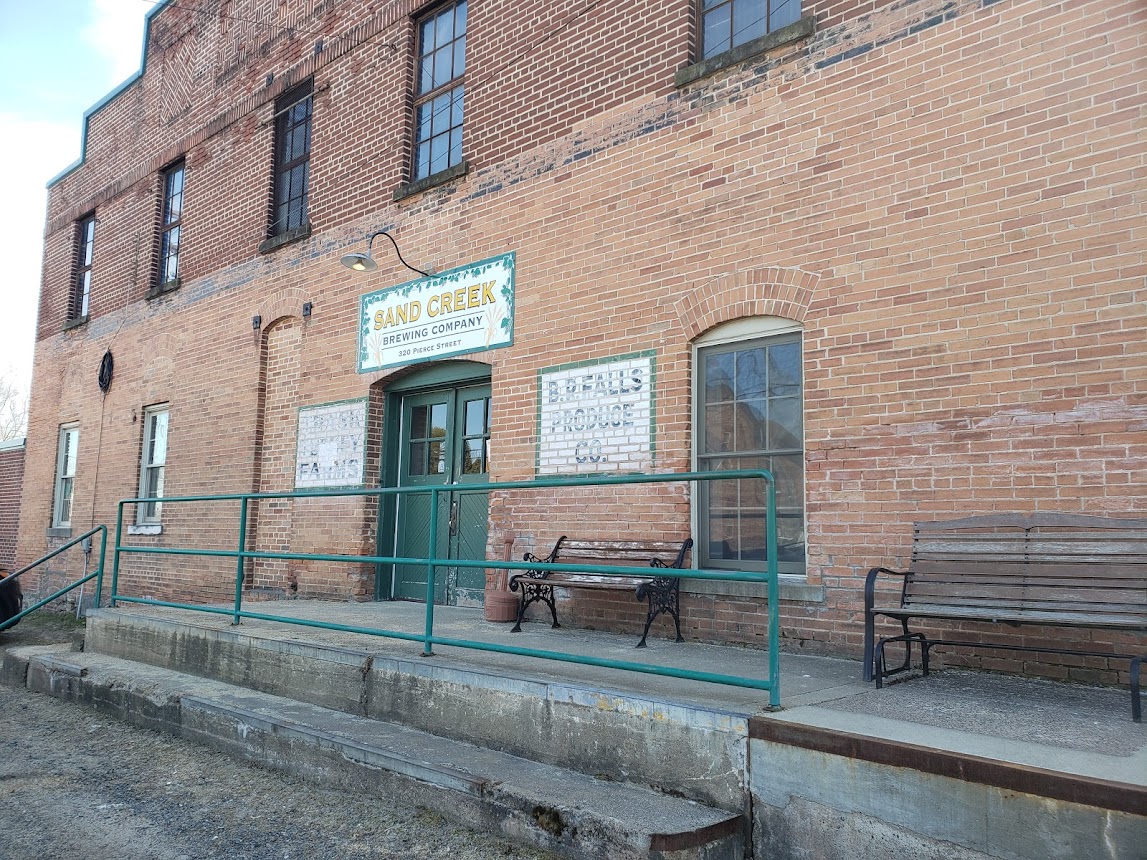 Located in Eau Claire, the Lazy Monk Brewing LLC is a European craft brewery specializing in traditional Bohemian and German lagers. They carry a simple motto that includes modern artisan, quality, authenticity, and tradition. Every single Beer here is handcrafted made with high-quality imported grains and hops. Currently, they have 12 rotating seasonal taps, a beautiful garden, and a family-friendly Bier Hall. Their specialty in Bohemian and German lagers doesn’t mean that their selection is limited. From ales to India pale ale, the menu here is huge. Some of the must-try here include the Bohemian Dark Lager and the Bohemian Pilsner. 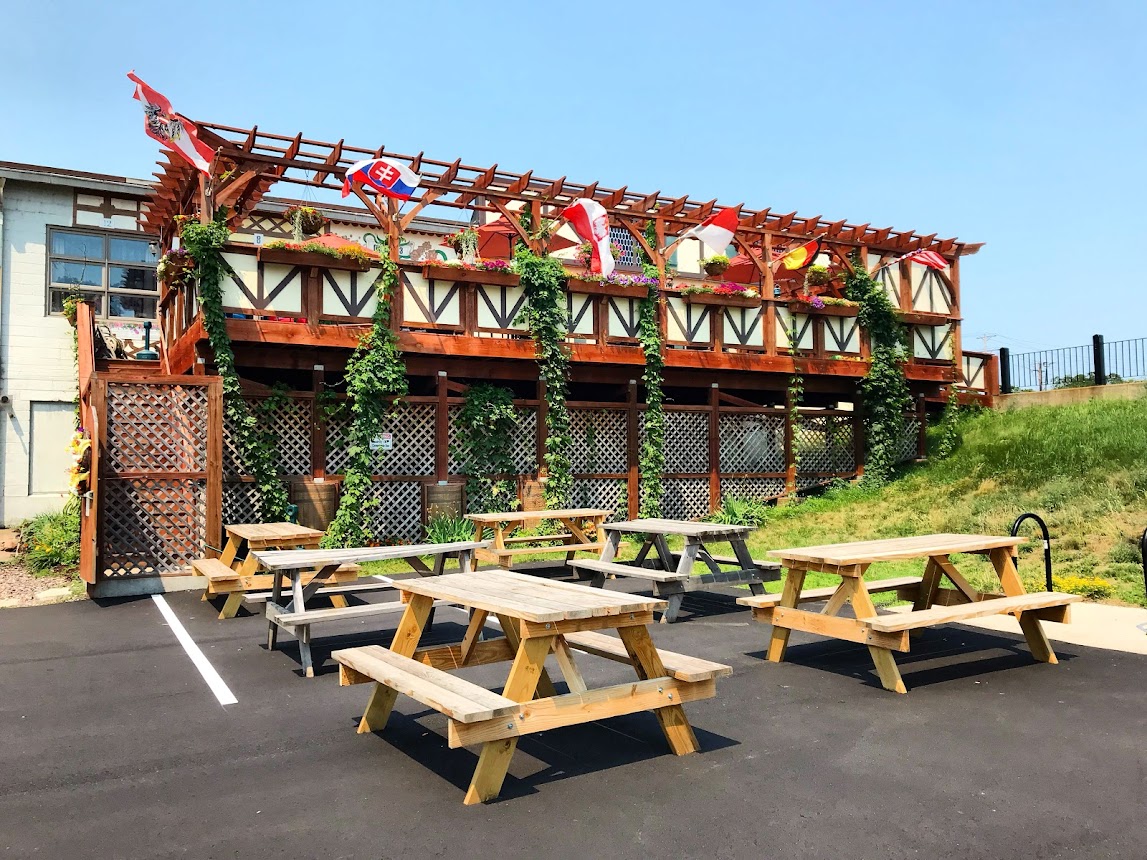 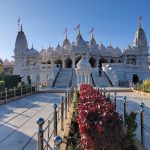 Visit The Famous Shree Swaminarayan Temple in Bhuj (2022) Next 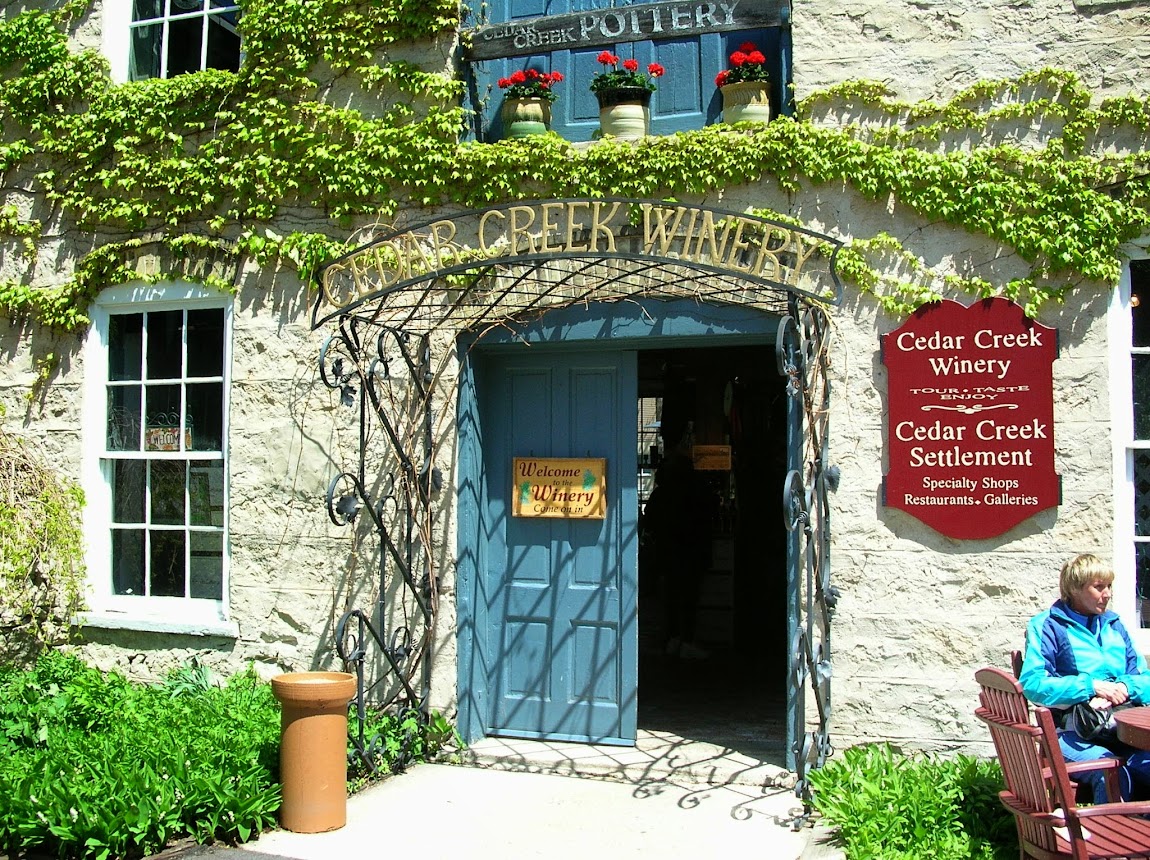 Cedarburg Itinerary For Every Tourist : 9 Popular Things To Homely Accommodation (2022) 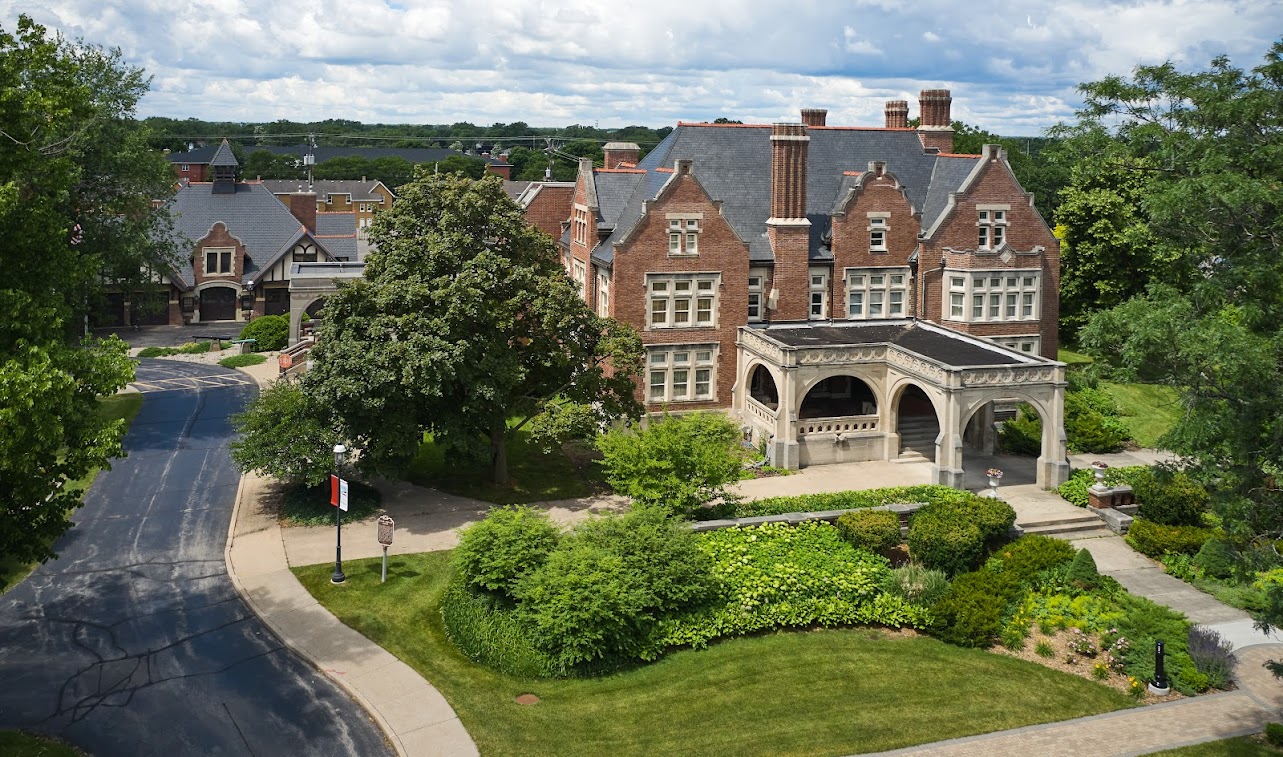 12 Top-Rated Tourist Attractions To See and Popular Activities To Do In Oshkosh, Wisconsin (2022) 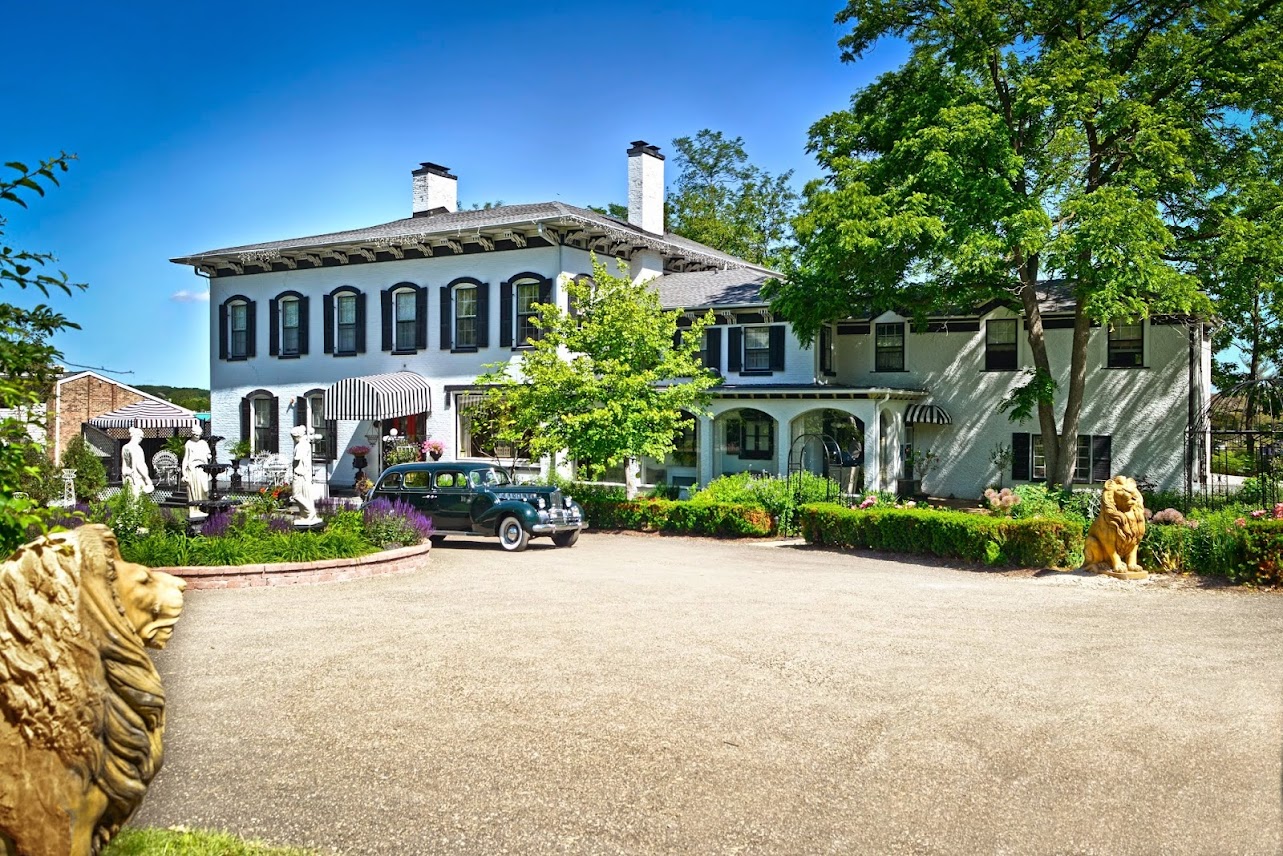