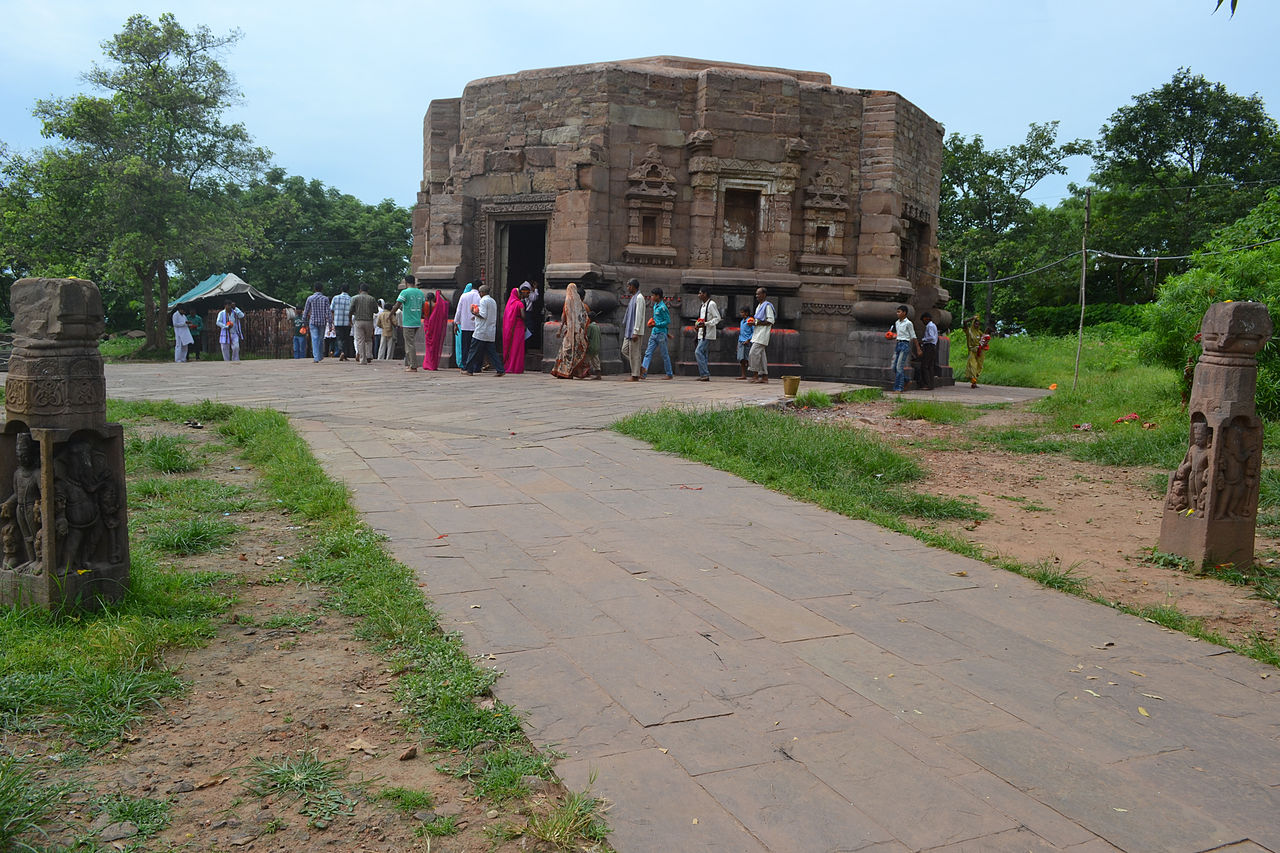 Located in the Western Part of Bihar, Kaimur is one of the most beautiful places in Bihar. As Kaimur is a district, many places are located there, which many tourists love to explore. The headquarter of this exciting region is situated in Bhabua. Kaimur is a relatively larger administrative district with many educational institutions, hospitals, and government offices.

Apart from all the important historical and spiritual sites, Kaimur’s natural beauty is quite breathtaking. As the entire district is divided into the plateaus and the hills, you will witness varying topological views over there. In the plateau region of Kaimur, you will get to see two gorgeous rivers named Durgavati and Karmanasa. Moreover, this district in Bihar is also home to the famous Kaimur Wildlife Sanctuary. You will love exploring the forest in case you are a significant nature and wildlife lover. If you go there from October to March, you will get to enjoy the climate a lot. Otherwise, you will have to explore the entire area in the sultry heat. Reaching Kaimur is a bit tricky as it does not have its airport. As the nearest airport is located in Varanasi, you will have to take a plane to reach there. From Varanasi, you will have to rent a car to arrive at Bhabua in Kaimur. The distance between Bhabua and Varanasi is around 97 km. But you can go there by a train as it has a railway station in Bhabu , which is moderately connected to other parts of Bihar and India.

In case you are planning a trip to Kaimur, you will get a lot of important information from this blog about the best places to see in Kaimur.

The following places mentioned in this blog are quite popular in Kaimur, Bihar. While exploring Kaimur, you should not miss them out.

Among all the waterfalls in India, Karkat waterfall is the most beautiful one. It is one of the gorgeous waterfalls in India. As the fall is located right by Kaimur hills, you will notice that the views surrounding it are enchanting as well. Tourists from Bihar and India gather there to soak in the beauty of the waterfalls. Apart from the fall’s beauty, the presence of Kaimur wildlife sanctuary is another reason why this spot is so popular among everyone.

You will have a lovely time witnessing the gorgeousness of Karkat waterfalls. It is a great site to spend time with your family and friends. Many people prefer to bathe in the falls’ cold water, while others admire the falls from a distance. 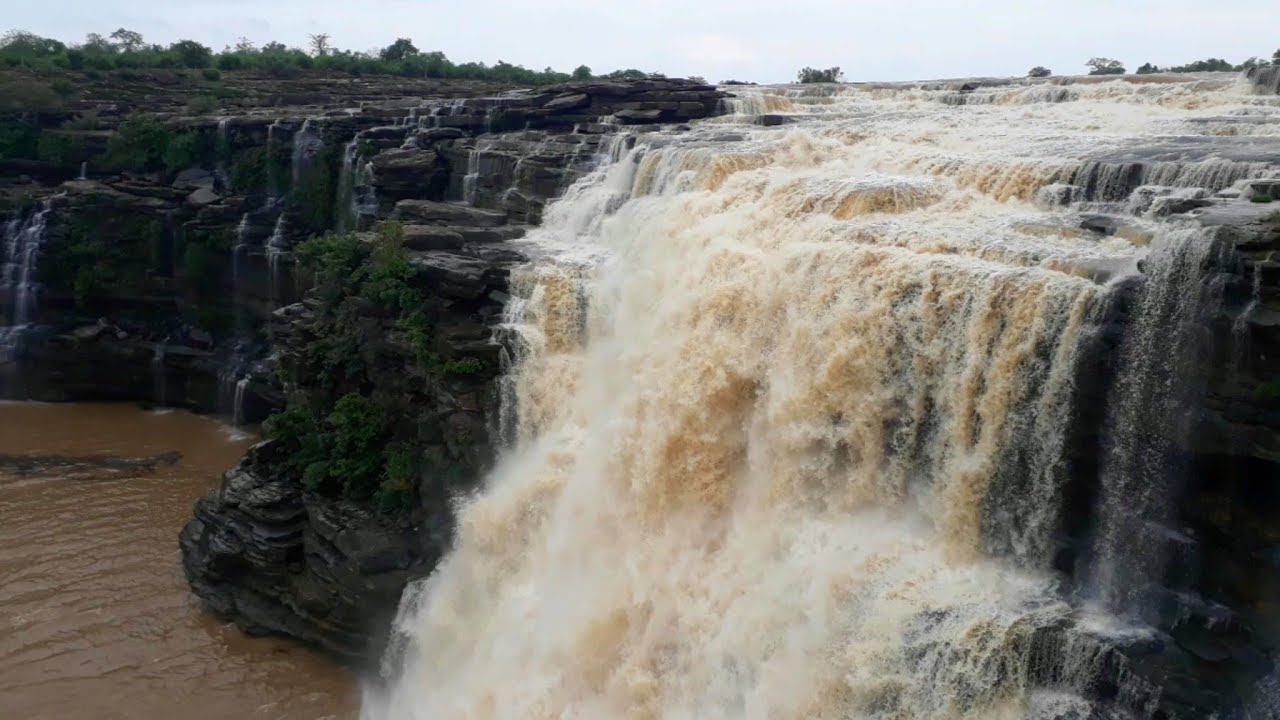 The distance of Karkat waterfall from Bhabua: 23 km.

Spread over an area of 1342 square km, Kaimur Wildlife Sanctuary is one of India’s most enchanting wildlife nature reserves. The wildlife sanctuary is quite well-known in India for being home to many wild and endangered animals. The forest reserves are home to Royal Bengal tigers, but it is also home to other animals like chitals, Indian boars, Indian leopards, Sambar deer, Sloth bear, antelopes, nilgais, etc. Due to the presence of many tigers in the sanctuary, government authorities are planning to turn it into a tiger reserve. Apart from wild animals, the forest is also quite famous for being the home to a number of mesmerizingly beautiful birds. Frequently spotted birds in Kaimur Wildlife Sanctuary are Drongo, Blue Jay, Paradise Flycatcher, Quail, Grey Partridge, Greater Spotted Eagle, White-Tailed Eagle, Lesser Kestrel, and a lot more.

Kaimur Wildlife Sanctuary is popular among tourists because of the dense fauna population, but it has a gorgeous scenic view. Kaimur hills surround the entire forest, and while exploring there, you will be able to visit several stunning waterfalls and lakes. Kaimur wildlife sanctuary is one of the best places to visit in Kaimur. You will have a great time there.

The distance of Kaimur Wildlife Sanctuary from Bhabua: 23 km.

Maa Mundeshwari Temple is not only a religiously significant temple in Kaimur, but also it has archaeological significance. You will be surprised to know that this temple is believed to be the oldest temple in the world having been in existence since 108 AD, and it is quite fascinating to know that since that day, rituals have been performed in Maa Mundeshwari Temple. That is why the Archaeological Survey of India transformed this temple into a protected site in 1915. As the temple is mainly dedicated to Lord Shiva, devotees worldwide gather there to seek blessings during Shivratri.

Apart from Lord Shiva, you will also see the idols of Lord Vishnu, Ganesh, and Surya located over there. If you visit Kaimur during the time of Navratri or Ramnavami, you will see how famous is the temple. Several devotees and tourists visit Maa Mundeshwari Temple at the said time to celebrate the festival. A fair is held during that time, which many people enjoy a lot.

The distance of Maa Mundeshwari Temple from Bhabua: 13 km.

Baidyanath is a tiny village which is located quite close to the Ramgarh town of Kaimur district. Now, the reason why we include this village in this list is that the entire city has a great archaeological significance. While exploring the city, you will see a beautiful Shiva Temple. This temple was built by the Pratihar dynasty but was excavated much later. That is why many different artifacts, coins, or other items have been found in the village’s soil.

You will love this village if you are a lover of archaeological findings and excavation. 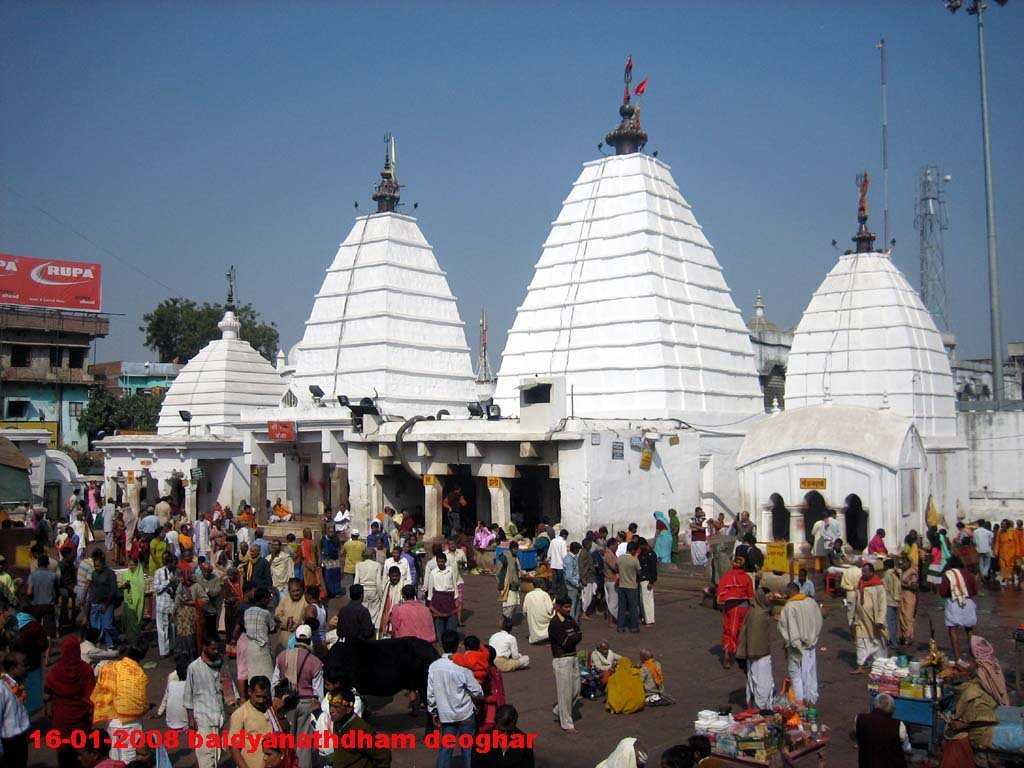 Originally known as the “Baba Ratan Puri Temple,” Sidhanath Temple is one of the most sacred temples for Bihar’s Hindu community. As the Sidhanath temple is dedicated to Lord Shiva, many devotees from around the country gather there during Maha Shivratri and Ramnavami. You will genuinely enjoy the ambiance of the Sidhanath temple, as it is quite authentic and rustic. Moreover, the temple is located quite close to the Bararura village of Kaimur. While exploring the Sidhanath temple, you should also examine the town.

You will get to learn a lot about the lifestyle of the local people living there. Also, it has a beautiful scenic view.

The distance of Sidhanath Temple from Bhabua: 32 km.

One of the lesser-known tributaries of the Ganges, the Karmanasa River, is one of the most beautiful rivers in Bihar. This river not only flows through the Kaimur district of Bihar but also flows through Uttar Pradesh. The name “Karmanasa” roughly translates to “The destroyer of religious merits.” There is a unique reason for the terminology of the river. It is believed that when sage Vishvamitra decided to create a new universe, he created a person named “Trishanku.” But while sending Trishanku to the new universe as its ruler, Indra stopped Vishvamitra in his creation. Trishanku was suspended mid-air, and from his saliva, the river Karmanasa was created. Even though this story is mythological, but it is quite intriguing to know.

The river has its origin in the Kaimur range at an altitude of 1,150 feet. This river has a tributary in Kaimur named Durgavati, which you can visit while exploring the district. 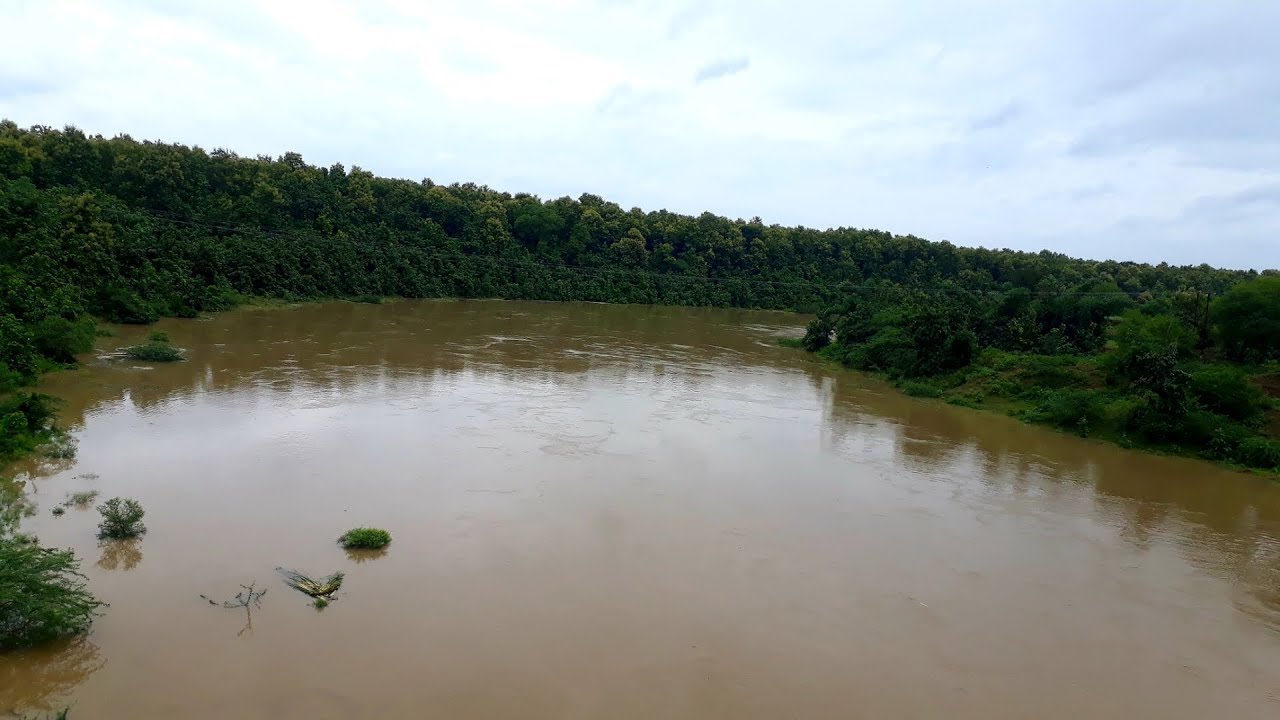 Ramgarh is yet another village in Kaimur, which is breathtakingly beautiful. This village is famous among tourists because it is home to the sacred Maa Mundeshwari temple. As the temple is located at the height of 600-feet, the natural beauty from the top of the building is quite pretty.

Many archeological artifacts have been found in the area surrounding the temple. Many people who are interested in history visit the village to know more about it. 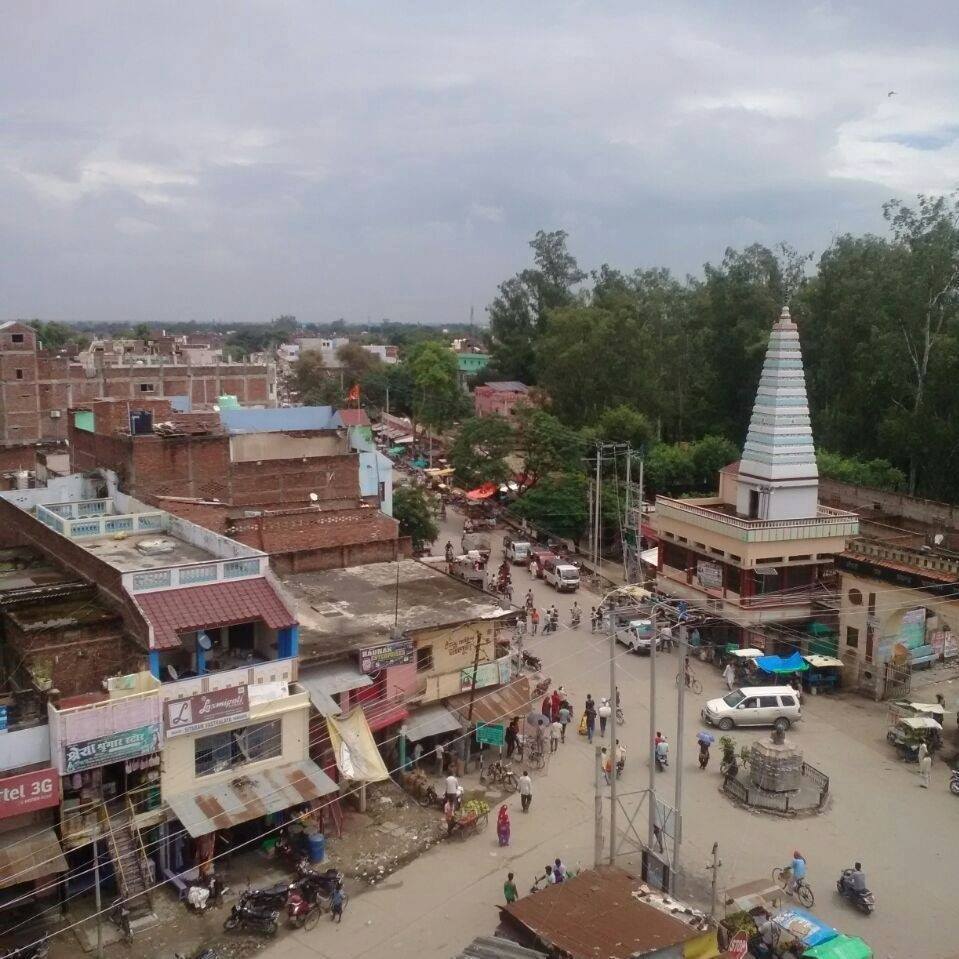 The distance of Ramgarh from Bhabua: 30 km.

Apart from being the district headquarter of Kaimur, Bhabua is one of the best places to visit. One of the fascinating facts about the city is that it was once the home to Bihar’s aboriginal people. They are now known as Bhars. This city was also important during the time of the Magadan rule. Several renowned rulers have ruled it. Some of the most well-known rulers include: Harshwardhan, Udaysena, Sasanka, and others. Many historians believe, the Palas controlled this area of Kaimur for many years until the Chandawalis of Varanasi came along.

Even if you visit the city now, you will notice some evidence that depicts its historical significance. As the railway station is located in the town, you will have to visit Bhabua to explore Kaimur. We would suggest you spend a day or two in the city so that you can get to know about it in detail.

Situated at an altitude of 2000 feet, Adhaura is a beautiful tourist spot located in Kaimur. The lush greenery of thick forests surrounds the entire region of Adhaura. This place is mainly visited by family and friends, as it serves as a fantastic picnic spot. Even though the site is located around 58 km from Bhabua, you will have no problem reaching it. You can easily rent a cab from Bhabua and have a fabulous day with your family and friends amid serenity and calm.

The distance of Adhaura from Bhabua: 58 km.

Located not that far away from Bhabua, Bhagwanpur is an exciting village located in the Kaimur district of Bihar. Many local people believe that this village was the seat of the Paras descendant Kumar Chandrasen Saran Singh. Later, the town was captured by Sher Shah, but the then king of Kaimur, Raja Shaliwahan, recaptured it during Akbar’s rule.

If you explore the village for a day, you will get to know many historical facts from the local people. Even though some of the points might not be true, it is quite interesting to hear them from the people living there. 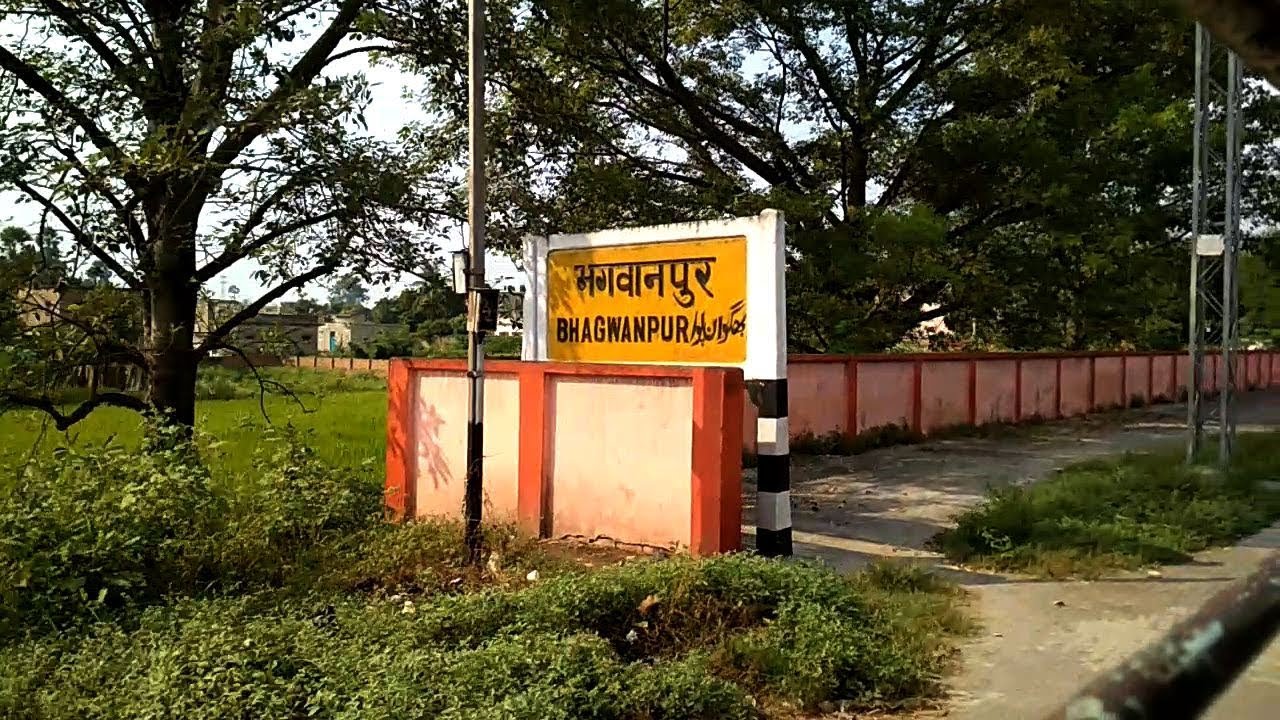 The distance of Bhagwanpur from Bhabua: 11 km.

Chainpur is one of the villages near Bhabua, which is quite significant to India’s medieval history. As the town has a mausoleum of Bakhtiar Khan, it is quite common to have some questions. The reason his mausoleum is over there is that he was the son-in-law of Sher Shah Suri. A fort is located in the village which was built during the time of Akbar. When you visit the fort, you will see a shrine of the famous Hindu priest named Harshu Brahm. He was one of the most important priests of Raja Shaliwahan during the Kanyalkubya dynasty. While exploring Kaimur, do not forget to explore Chainpur as well.

Kaimur is a great place to spend a few days. You will get to know many Indian history, archaeology, wildlife, and mythology while exploring this region of Bihar. It is one of the underrated places in India. We hope you got all the information you need to start planning your trip by reading this blog. So, start packing for your exciting and adventurous trip to Kaimur right now! 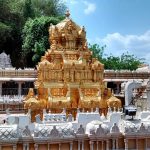 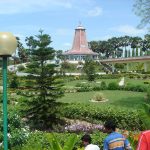