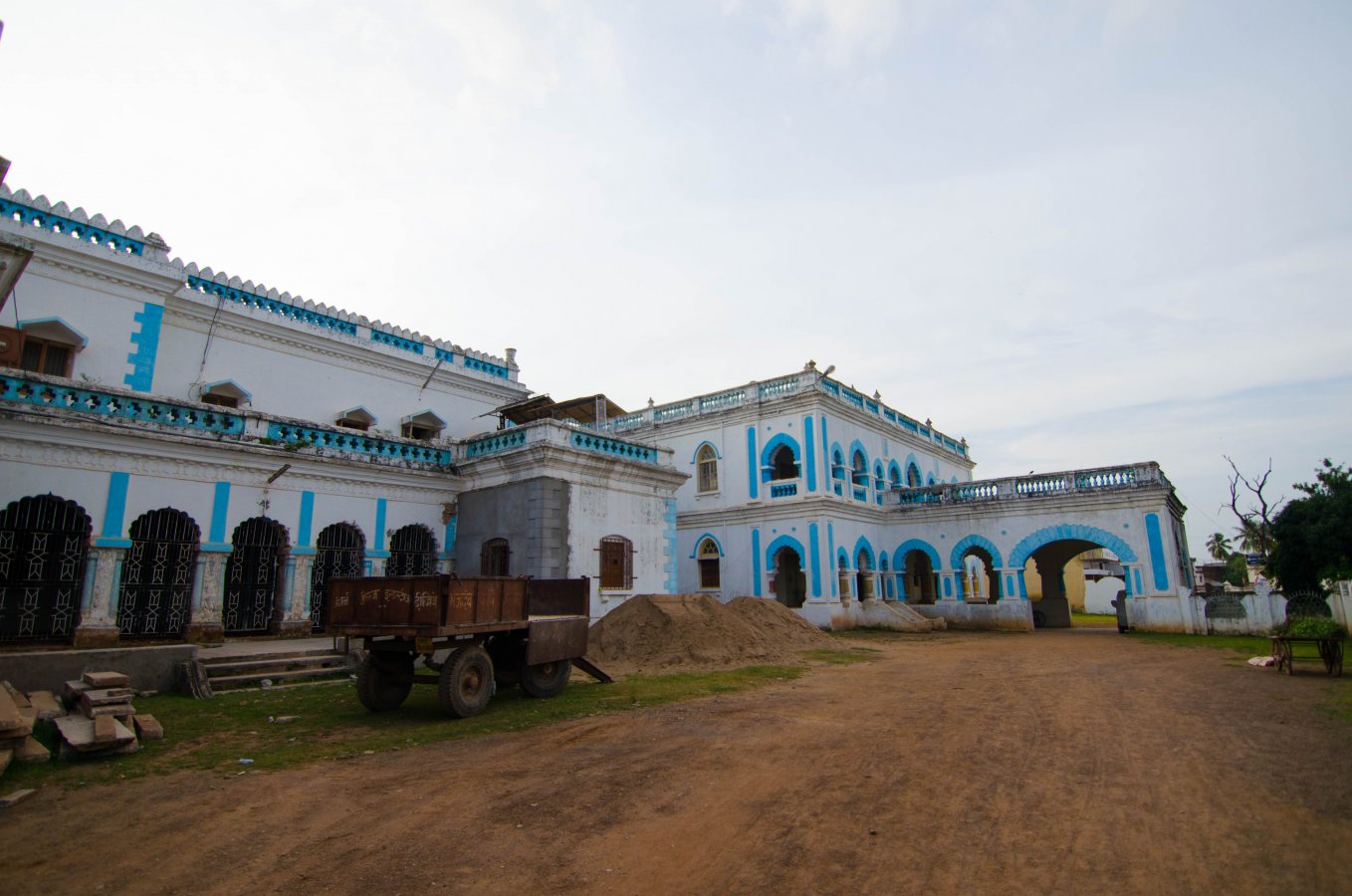 When it comes to naturally scenic and culturally rich places in India, one can possibly not forget about mentioning the newly formed state of Chhattisgarh. Despite being recently formed, the state has managed to catch the attention and interests of a wide range of travellers from all over the country. Located in the beautiful state of Chhattisgarhis a district known as Bastar. This is basically a tribal region of the state which is blessed generously in terms of natural scenic beauty that beckons the nature lovers to explore the serene waterfalls, lush green dense forests, vast wildlife, ancient temples and the unique tribal culture. With so many exciting things to do, see and explore, it is not hard to guess why it is regarded as one of the top tourist places in Chhattisgarh. However, if you are a history buff or a person fascinated by royal palaces, then Bastar Palace is literally one of the best sightseeing attractions of Bastar which you should not miss visiting for anything. Want to know what makes this historic palace so special and attractive? If yes, then you have stumbled across the right link. In this Bastar Palace Travel Guide, we will make you aware with all the information about this place which you should know before actually visiting it. Continue reading to know more!

Overview of the Bastar Palace, Chhattisgarh

Located in the Jagdalpur city of the Bastar district in the Indian state of Chhattisgarh, Bastar Palace is one historically significant monument. Displaying an impressive work of art, the Bastar palace is considered nothing short of an architectural marvel with all of its exquisite carvings and detailed engravings on the walls as well as ceilings. This well – known tourist destination of Chhattisgarh stands as an administrative seat of the Bastar district long back during the prehistoric period. A plenty of precious relics and ancient artefacts are preserved inside the premises of this beautiful palace. As you look at this magnificent structure, you can’t help but admire its strength.

The Bastar palace museum is considered as one of the major attractions of the Bastar Palace as it displays a series of beautiful artworks, stunning paintings, relics as well as artefacts belonging to the prehistoric period. What once served as the main visitor room of the Bastar palace was transformed into an expansive museum displaying Singhasans and paintings. Apart from the historical significance and architectural brilliance of the Bastar Palace, one can probably not miss out the scenic beauty. There are beautiful and vibrant green enclosures located outside the palace which makes this historic monument alive. A wide variety of flora add color and picturesque visual beauty to the frame.

History of the Bastar Palace, Chhattisgarh

All the history buffs will be pleased to know that this historic monument of Chhattisgarh boasts of a rich and glorious past. Being constructed in the early period, the palace was built by the kings of Bastar when the rulers of the region shifted the capital Barsur to Jagdalpur. This majestic building served as an administrative headquarter of the kingdom. As far as the name of the Bastar palace is concerned, it is not hard to guess that it has been derived from the name of the district itself. The palace not only has a mighty exterior but also boasts of several intricate carvings and impressive drawings in the interior. This stunning artwork which can be seen inside the palace reflects the rich history of the state and also manages to catch the attention of plenty of history buffs. Moreover, the various artefacts and the relics belonging to the bygone rulers that are displayed in the museum narrate tales of the rich and beautiful historical background. Speaking of the many legends of the heroism and gallantry of the brave kings of the region, Bastar Palace is undoubtedly one of the top historic tourist places to visit in Chhattisgarh.

Architecture of the Bastar Palace, Chhattisgarh

In fact, it is probably due to the architectural brilliance and historical significance that the Bastar palace is regarded as one of the best – constructed palaces throughout the country. Since the time it was established in the prehistoric times, the Bastar palace has stood bravely and served the state successfully. Even the engineering of the Bastar palace is very inspiring and impressive. The complex outline that the visitors can see on the dividers as well as on the upper parts of the palace rooms stand witness to the remarkable artistic skills of the bygone era. With several wide corridors and a mesmerising garden right in the front, this picturesque palace is the perfect tourist place to visit in Jagdalpur for all the history lovers. It will not be wrong to say that both the art as well as the architecture of the palace combine to create a masterpiece which speaks a lot about the grandeur of the royal days. Home to some of the most astounding figurines, intricate carvings and drawings on the ceilings as well as the walls, just a glance of this beautiful Bastar palace is said to transport the tourists back to the glorious prehistoric times when the palace served as the residence of the kings.

Popular Tourist Places To Visit Near The Bastar Palace, Chhattisgarh

Going to a region just for exploring a sightseeing attraction can seem like a tough task. However, if Bastar Palace is the attraction you are talking about, then you don’t have to worry much. There are plenty of exciting and beautiful sightseeing attractions to explore in Jagdalpur, that are located in close proximity to the Bastar Palace. Some of the top tourist places to visit near the Bastar palace are as follows:

Located amidst the lush green forests, the Kailash and Kutumsar caves are considered to be one of the most top historical places to visit in Chhattisgarh. Located not too far away from the Bastar Palace, these caves are considered as the second longest natural caves in the entire world. Though the access into the cave is allowed only till a certain limit due to safety concerns but still, it successfully manages to attract a plenty of tourists from all over the country. Situated on top of a little hill, this cave was discovered long back in the past and boasts of having ecological as well as biological significance too.

Located in the south – west region of Jagdalpur, the Tirathgarh waterfalls is undeniably one of the most beautiful sightseeing attractions of Chhattisgarh. If you are looking forward to spending some quality time amidst natural serenity, then Tirathgarh waterfalls will prove to be just the ideal place for you. Watching the water cascade down from a height of about 91 metres in a zigzag pattern is a mesmerising sight to watch. Many people even frequent the place for small picnics.

How to Reach the Bastar Palace, Chhattisgarh?

If you are worried about going through travelling issues, then Bastar Palace will not trouble you much. This is one of the top tourist places of Chhattisgarh and receives visitors from all over the country. It is well – connected to many nearby cities and states through multiple means of transports. Some of the best ways to reach the Bastar Palace are as follows:

Despite being constructed long back, the palace has elegantly withstood the heavy blows of time and still manages to attract a plenty of tourists from all over the country. Make sure to visit this royal palace on your visit to Chhattisgarh.

Q1. What Is The Ideal Time Required To Explore the Bastar Palace?

Ans. Visitors usually take about 1 to 2 hours to explore the palace completely.

Q2. What is The Best Time To Visit Bastar Palace?

Ans. Visit the palace between October and March for the best experience.

Q3. What are the Opening Hours of the Bastar Palace?

Ans. The palace is open from 8 AM till 6 PM for visitors. 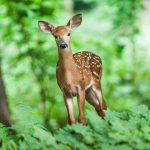 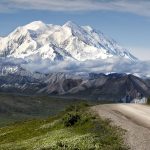