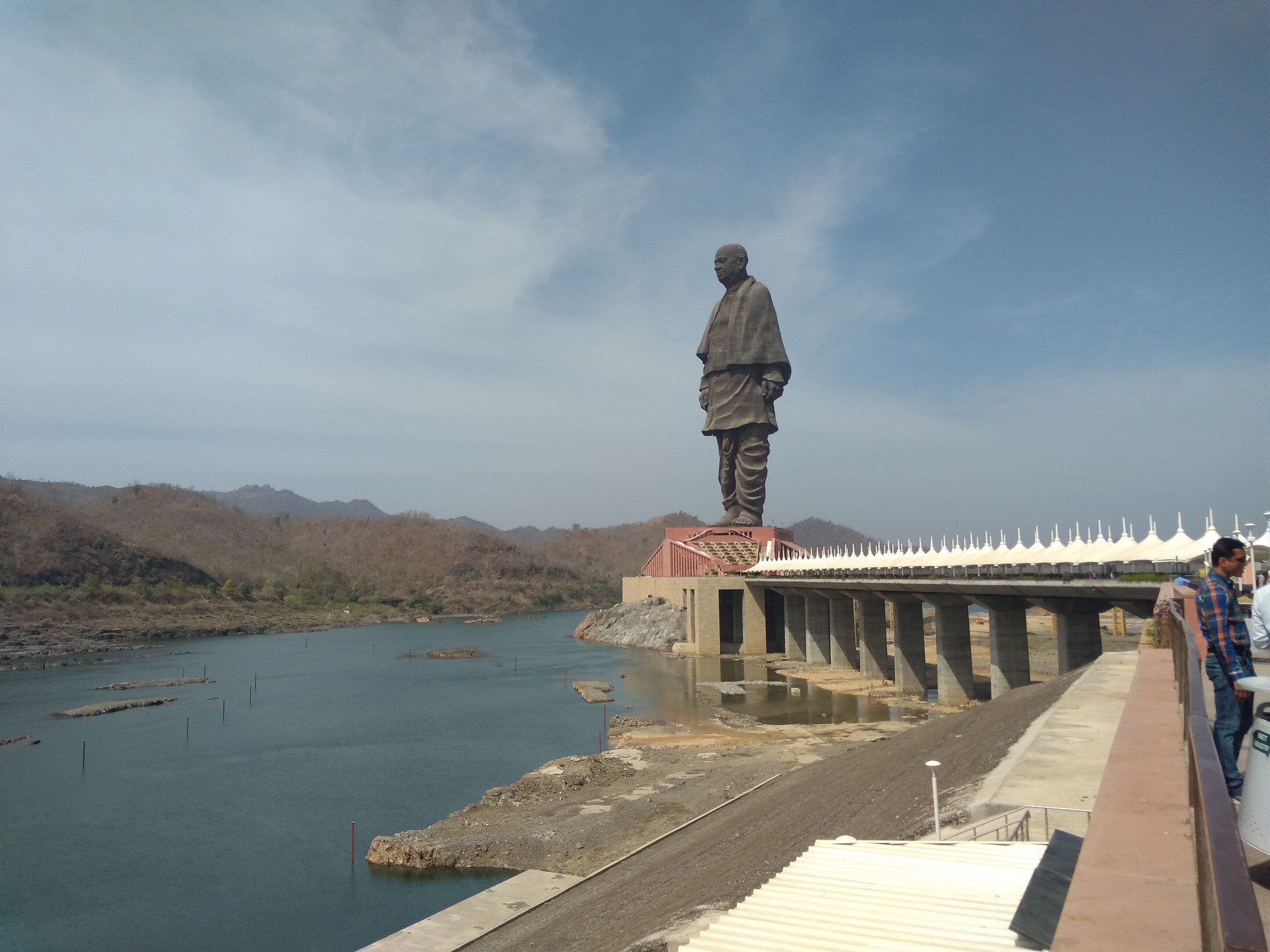 Visit Statue of Unity in Gujarat: The Tallest Statue in the World (2023)

The Statue of Unity is possibly the most famous landmark and place of tourist interest in Gujarat. The structure is a 182-meter high statue of Sardar Vallabhai Patel, the second vice-president of India and one of the most important personalities of Modern India.

The Statue of Unity Experience

The Statue of Unity is at the Sadhu-Bet Island, near the Sardar Sarovar Dam in Nandod, Gujarat. It is the tallest statue in the world and is of bronze. It’s about thrice the size of the Statue of Liberty and a few meters higher than the Spring Buddha in China.

It’s the pride of Gujarat and India and is therefore well-maintained. It’s at a strategic location as well, near Vadodara and Ahmedabad, and Kevadia. It’s on an island known as the Sadhu Pet, so the tour to the Statue of Unity is an enthralling experience right from the outset. Because of its height, you can see the Statue of Unity from at least seven kilometers away. The statue is at a scenic location, and there are several viewing stations. Again, because of its height, tourists can see it only via binoculars and the specific viewing locations. The Statue of Unity isn’t just a tourist spot – it is an architectural marvel as well. First, there’s a well-sheltered path that takes you to the foot of the statue. From there, you can take an escalator that takes you to the chest level of the statue. The Statue of Unity has elevators and staircases, and you can even get a wheelchair on request.

Near the Statue of Unity is the valley of flowers, which is home to about a hundred different types of flowers.

Entry to the Statue of Unity is open from 8 AM to 6 PM, every Tuesday to Sunday. There are two types of tickets that you can buy, the Basic Entry Ticket and the Express Entry Ticket. The Basic entry is for 150 rupees for adults and 90 rupees for children. With this ticket, you get access to the Gallery, Sound and Light Show, the Sardar Sarovar Viewpoints, the Valley of Flowers, and the Museum, as well as the Bus Service.
The next type of ticket is the Viewing Gallery Ticket, which is 380 INR for adults and 230 INR for children. In this, you get all the access that the Basic Entry Ticket has, along with the Statue of Unity Viewing Gallery, which is about 500 feet above the ground. The viewing gallery gives you a surreal view of the Statue of Sardar Sarovar Dam as well as the Satpura and the Vindhya mountain ranges.

The third type of ticket is the Express Entry ticket, which costs 1030 INR for adults as well as for children. In this, you get all the services, along with an immediate entry, and you do not have to wait. Foreigners have to pay 1530 INR and 830 INR for entry.

The place doesn’t generally have a crowd because it’s well maintained. But it’s advisable to book a ticket on the weekdays instead of the weekends. You can book the tickets online.

One must-do activity is to view the Sardar Patel image from a helicopter. You can book a helicopter ride for under 3000 rupees per person, and it’s a 10-minute ride.

The Statue of Unity visit has something for everyone. You can opt for a boat ride in the Narmada river for about 300 rupees per person. You can also take part in a Jungle Safari that will cost you 200 INR for adults and 135 INR for children.

Places Near Statue of Unity 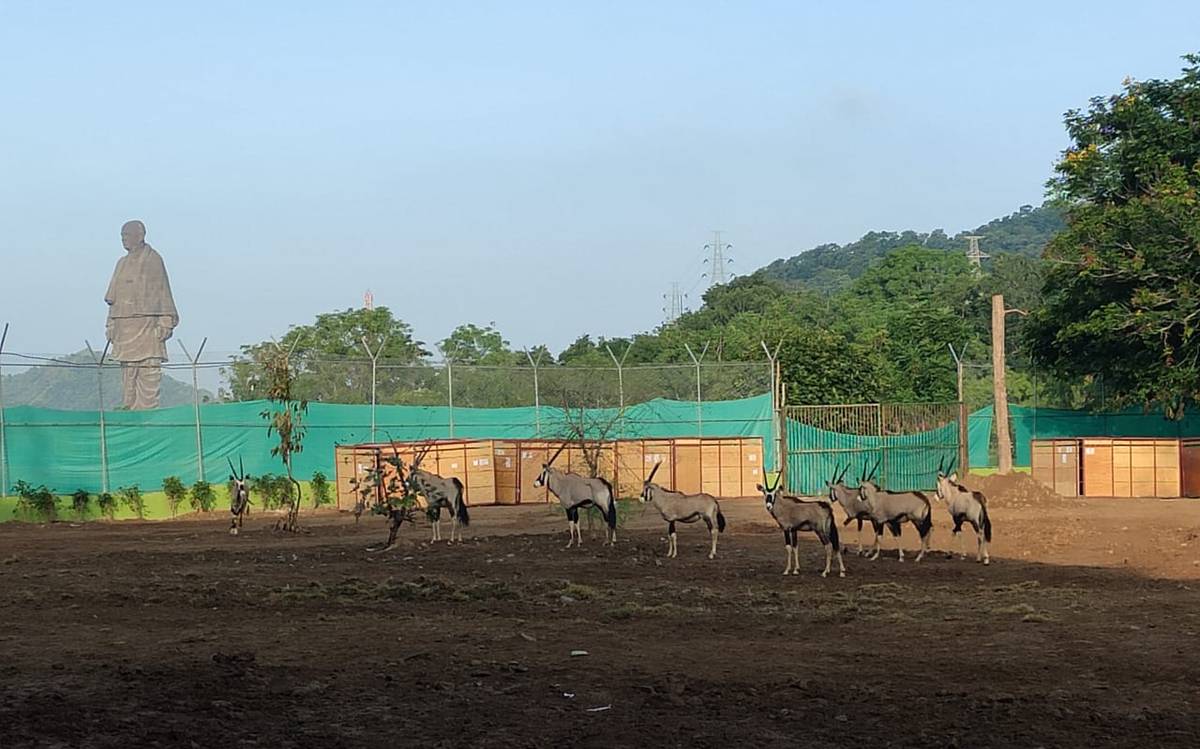 Image Source
You can spend more than two hours at the Sardar Patel Statue of Unity and visiting other places, like the Sardar Patel Zoological Park and Safari, which is about three kilometers away from the statue. Five kilometers away from the Statue of Unity is Panchmuli Lake, which gives you a mesmerizing view of the Vindhya mountains. The Panchmuli is one of the few places where you can see crocodiles. 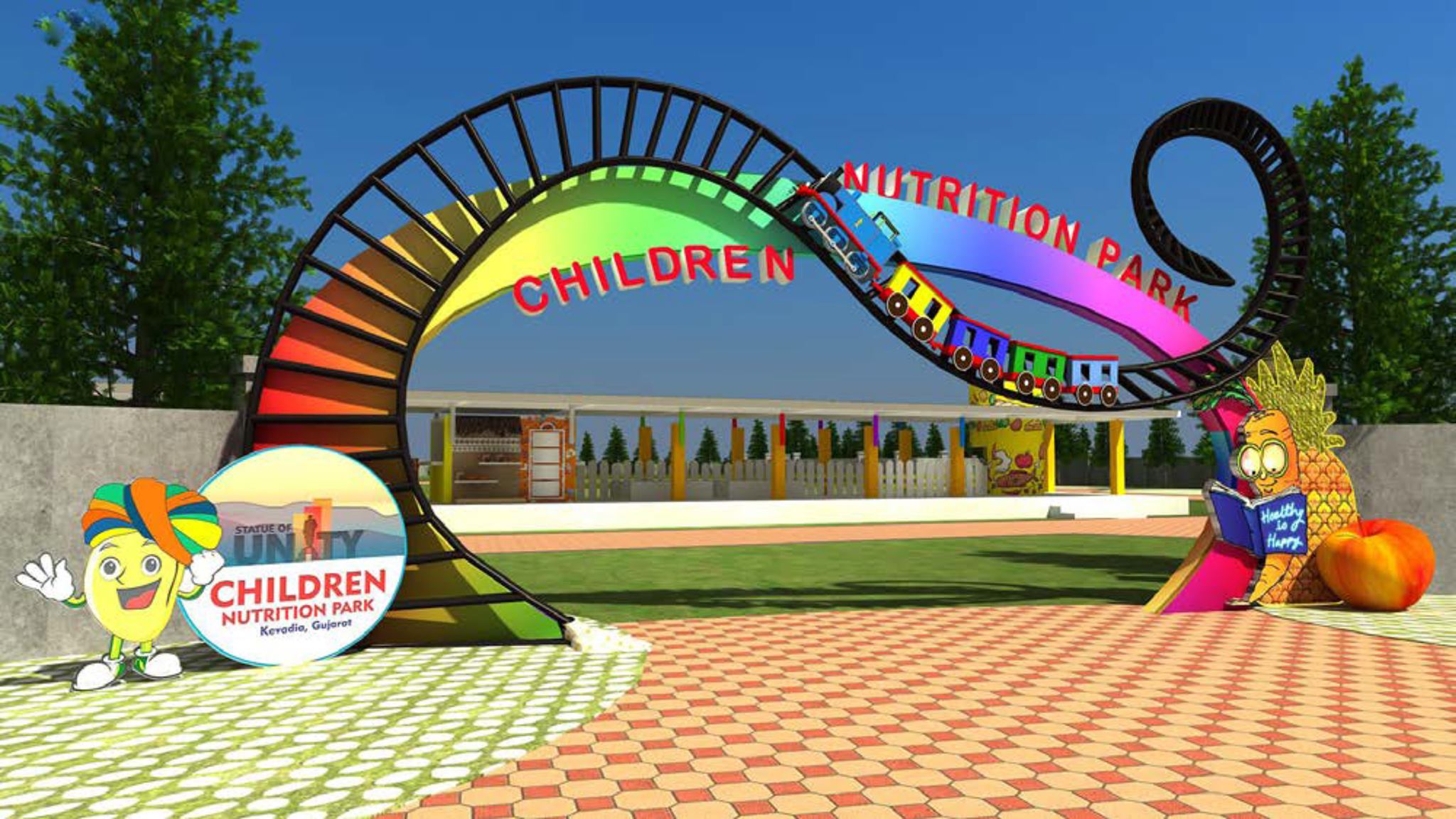 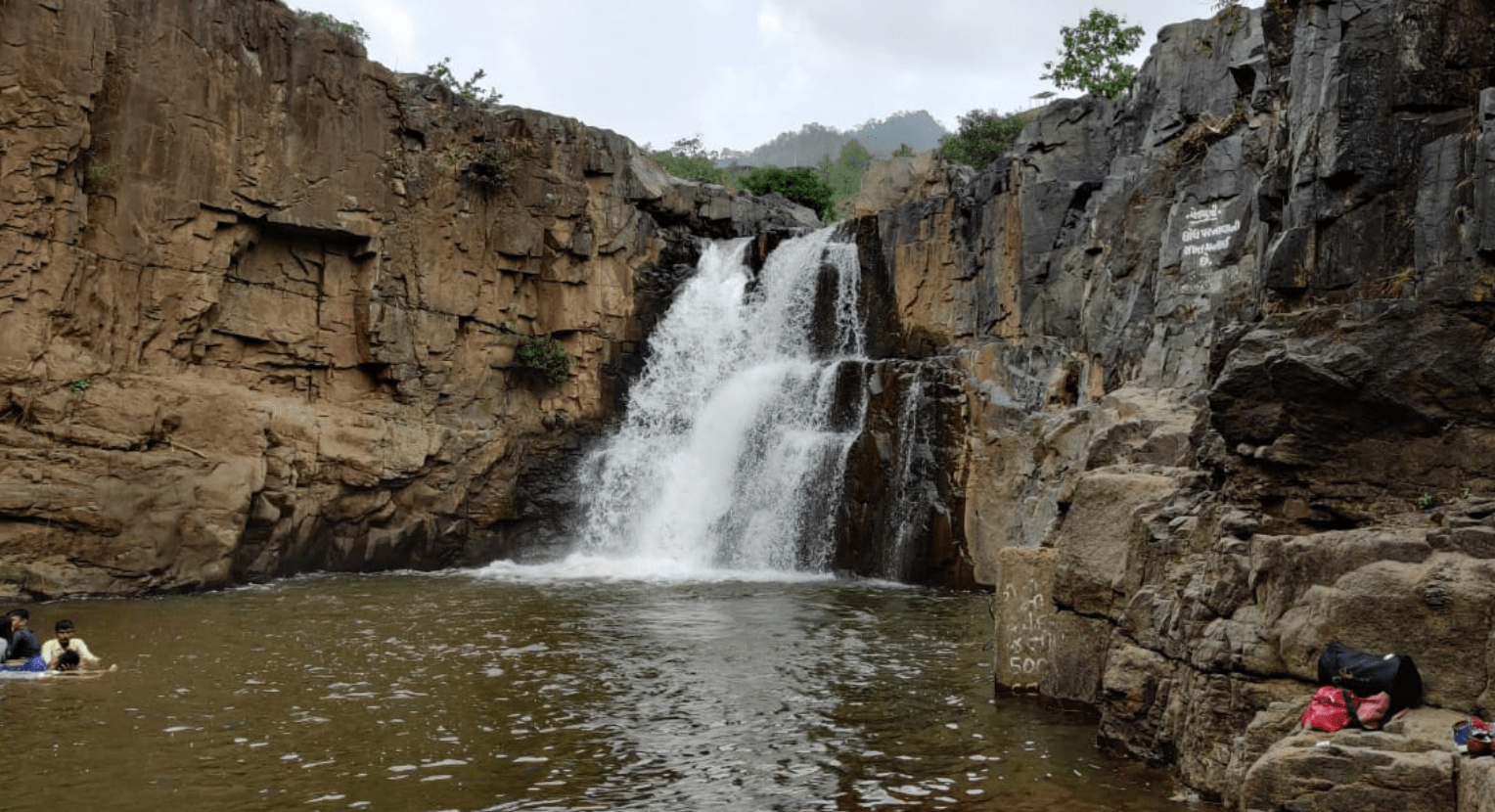 Image Source
You also have a butterfly and cacti park, about 12 km from the statue and the Zarwani Waterfall, which is about 14 KM away.

So, there are so many places nearby that you can spend a whole day at the venue, without going to any other tourist destinations. There are few hotels here, ranging from the ultra-comfortable to budget hotels. The Statue of Unity is a new tourist location and very popular, so brace yourself for some high prices if looking to stay near the Statue of Unity.

Even so, Hotels like the Pramukh Mansingh Inn, which’s 60 KM away from the statue offer stays options at about 1500 INR. The Nilkanth Yatrik Bhuvan, about 40 KM away, offers its rooms at about 1000 INR. There are other hotels, like the Reva Forest Homestay, which is about 55 KM away, and offer a night’s stay at 4500 INR.

How to Reach Statue of Unity in Gujarat? 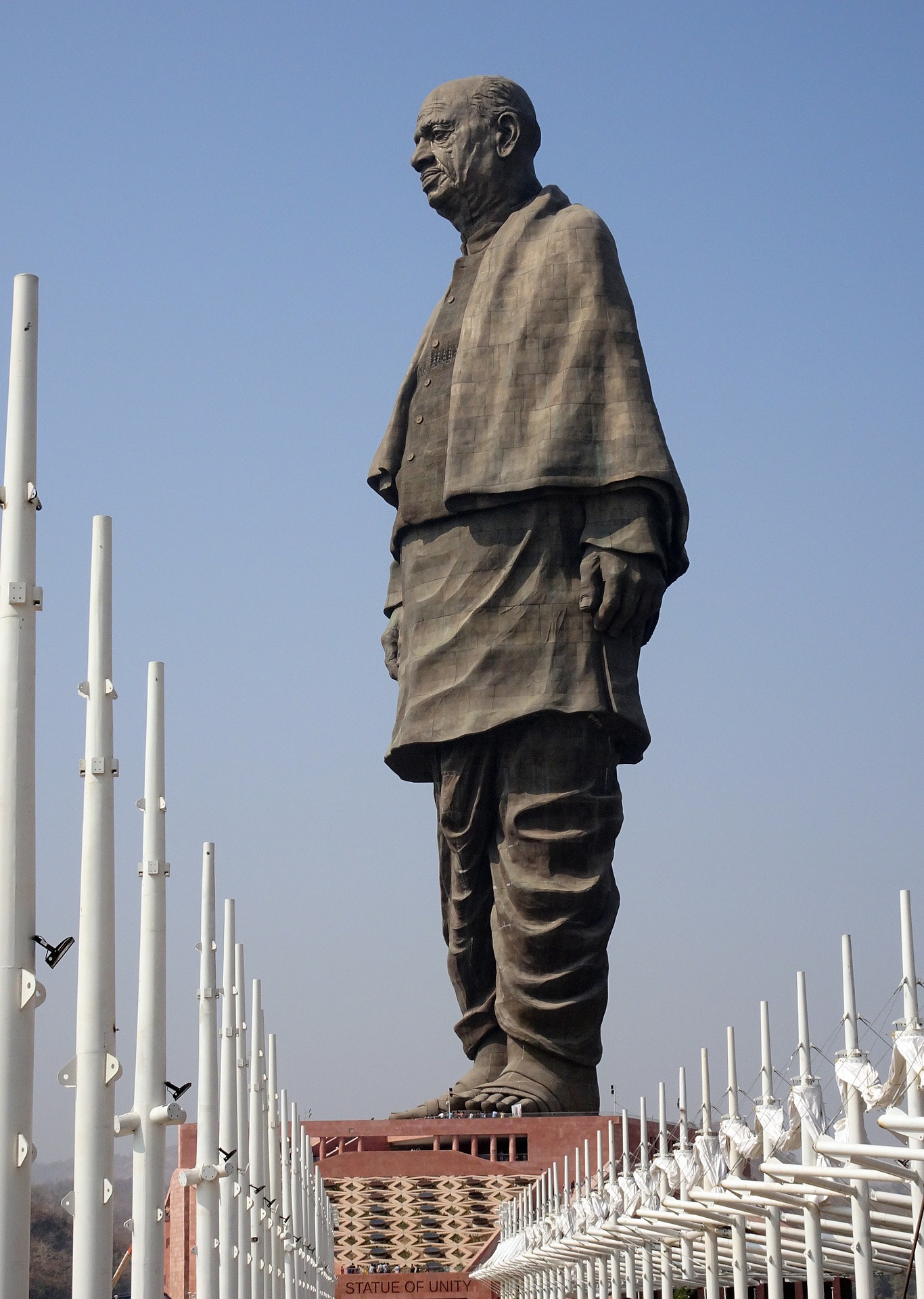 Image Source
Vadodara connects well with the other cities in Gujarat and other states in India.

Ahmedabad To Statue Of Unity Distance is about 200 Kms.

Rajpipla to Statue Of Unity Distance is about 25 Kms.

Kevadia to Statue Of Unity Distance is about 8 Kms.

Surat To Statue of Unity Distance is 165 Kms. 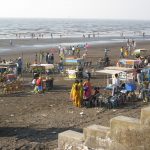 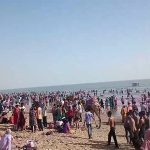 Mandvi Beach in Kutch: The Beach with the Iconic I Love Mandvi Icon (2023) Next