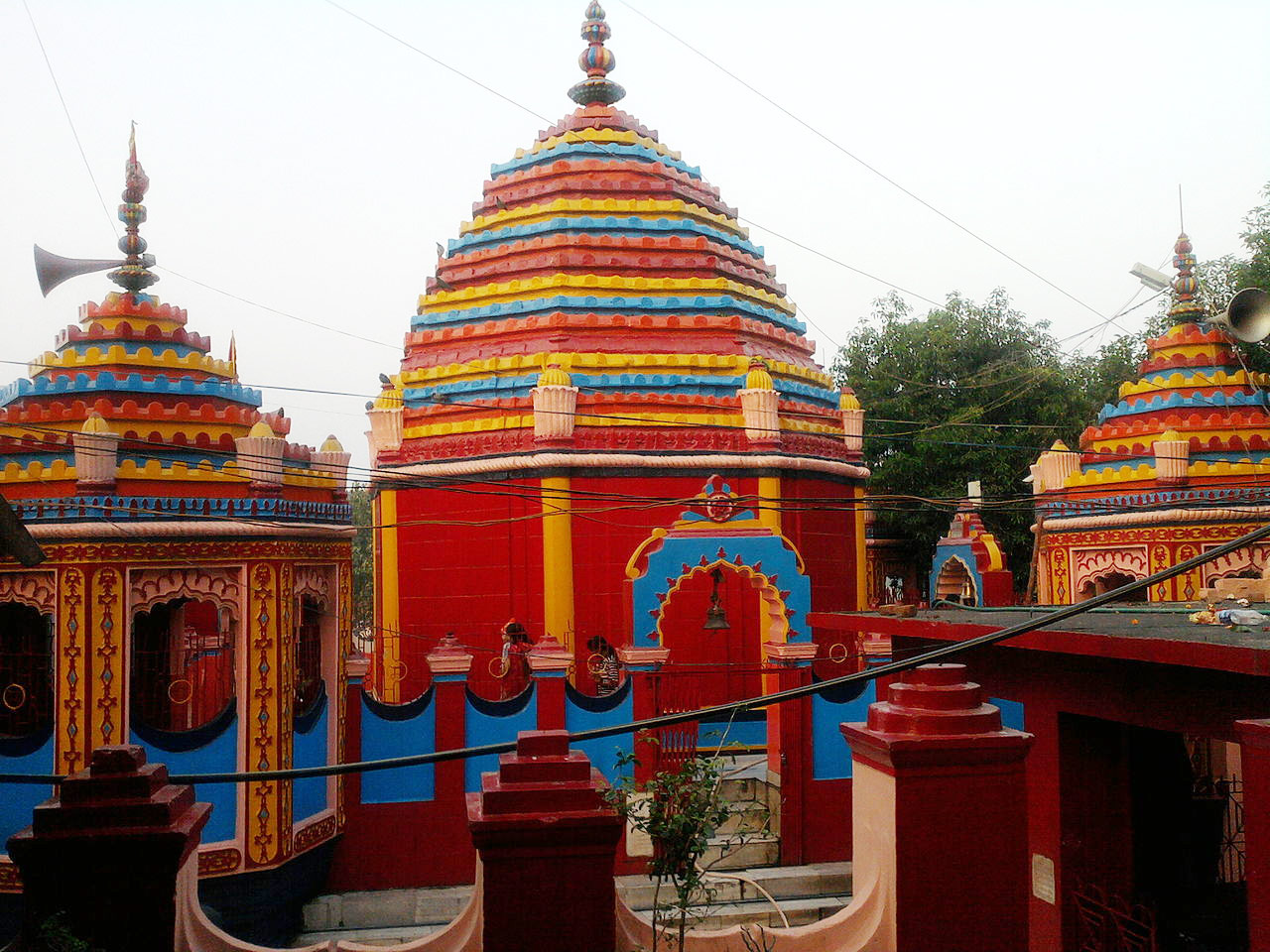 Chhinnamastika temple or Chhinnamasta temple is one of the most mysterious temples in India. This spectacular Hindu pilgrimage site is situated in the Ramgarh district of Jharkhand. According to local people, this temple is also known as the Rajrappa temple. You will be surprised to know that more than 2500 to 3000 travelers and pilgrims visit the temple every week. People go there regularly from different parts of India, but most of them are from Jharkhand, Bihar, or West Bengal. The word “Chhinnamasta” in English means “one who is headless.” When you will enter the monument, you will know how apt the name is. This site is dedicated to a headless deity named Maa Chhinnamastikey. Apart from religious significances, tourists visit the temple due to its history and architectural beauty as well. The site is visually stunning. Many people believe it has been in existence for 6000 years, but it has not been scientifically proven.

When you enter the Chhinnamasta temple, you will see the Goddess depicted in a gory way. Not only is the idol headless, but she holds her head and the spurting blood from her body is drunk by her two attendants. The image is not supposed to be serene, but it is supposed to symbolize what she is well-known for. Maa Chhinnamastikey is known to be the provider of life and death simultaneously in Hindu mythology. She is famous for her fury and sacrifice. That is why the temple is so contemporary in its way. It is pretty shocking to know that the temple has not been created by a modern architect but by an artist who was alive thousands of years ago. Chhinnamastika temple is one of the few places in India where a Goddess is shown to have sexual control. It is even rare in modern art forms in India. So, to see a temple where a Goddess is depicted in such a ferocious manner is genuinely praiseworthy. Many people visit Chhinnamasta temple for celebrating different occasions in their lives. That is why the site is so crowded most of the year. If you are planning a trip to explore the enchanting Rajrappa temple, this blog will be quite helpful to you. Here, you will get all the necessary information regarding the monument. We hope, you get to plan your itinerary for Chhinnamasta temple by studying this article.

It is said that Maa Chhinnamasta is a form of Goddess Durga. To be precise, she is one of the ten forms of the Goddess. When you will enter the premises of the temple, you will see that the deity is stood upon the body of Kamdeo. Moreover, you will also see that an idol of Rati is placed on an adjacent lotus bed. If you will notice the structure more closely, you will see that the severed head of the idol is drinking the spurting blood from her body and the other two streams of blood are drunk by her two associates.

According to local legend, there is a unique reason behind the Goddess’s severed head. Maa Chhinnamasta was so furious after killing demons, that she cut off her head to calm herself down. This is one of the main reasons why the Goddess is seen as a symbol of destruction as well as sacrifice. Even though most people believe the said legend, but there is another popular theory behind the severed head of the deity. According to the second most popular legend, the Goddess had two attendants who were crucial while the demolition of the said demons. It is believed that they needed more blood and to quench their thirsts, the idol sacrificed herself by cutting off her head. Another intriguing legend behind this temple is based on the Tandava dance by Lord Shiva. 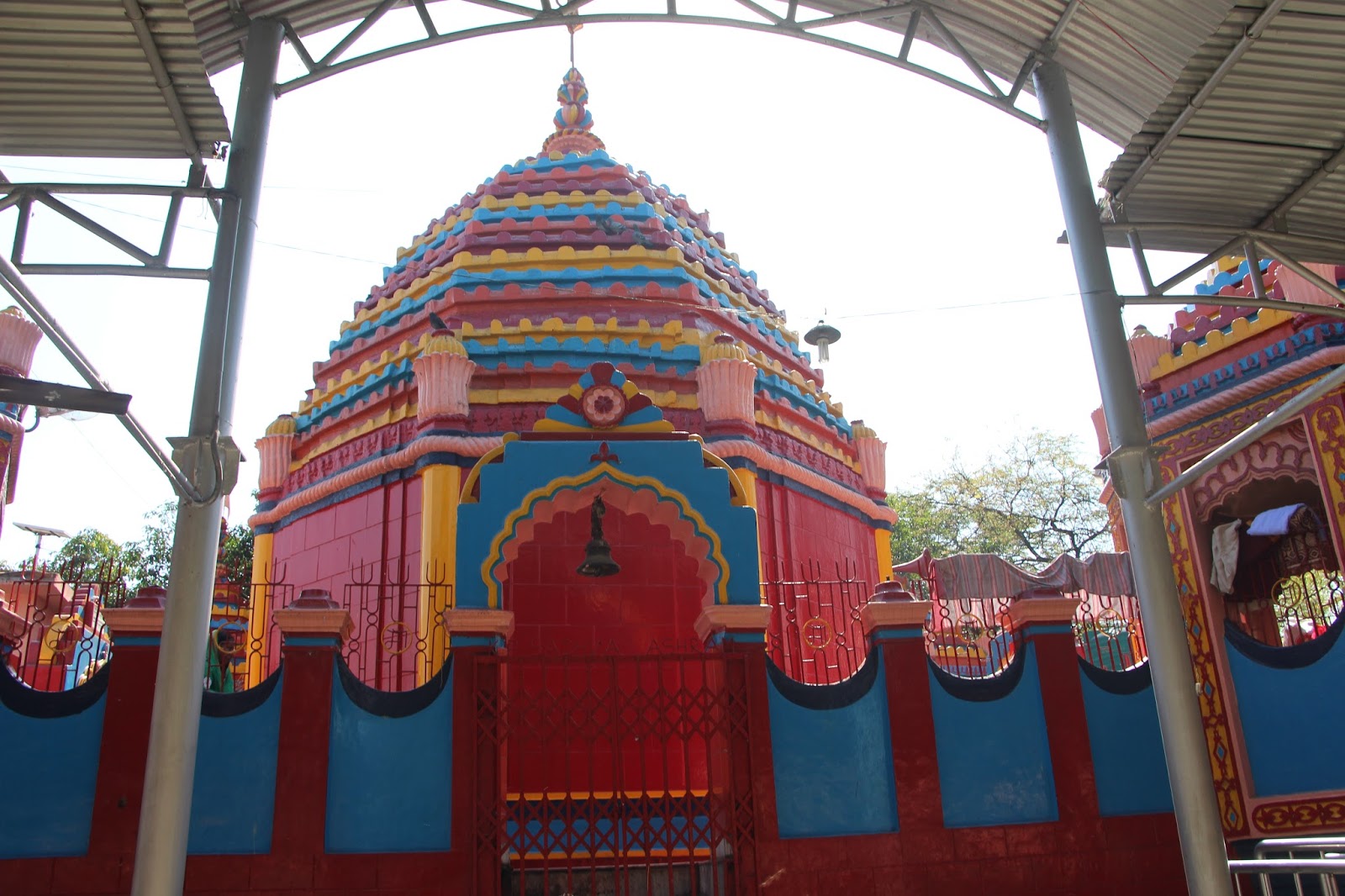 There are 52 Shakti Peeths in India and they were created when Lord Shiva danced in fury after Goddess Sati was killed. He was so infuriated that he danced with the burned body of Sati. Now, according to Hindu mythology, the body of the Goddess was scattered all around the world into 52 parts. Among them, the head was supposed to have fallen in Rajrappa where the Chhinnamasta temple is currently located. Now, all these legends are quite interesting but nobody knows the real truth.

You will be surprised to know that the Rajrappa temple has been mentioned in the Vedas. It is believed that this temple existed even before the arrival of the Vedas. You will find its mention in many Hindu Purans and texts. That is why Chhinnamasta temple is so significant to the religious and historical aspects of India. If you visit there, you will see tourists from all over the world visiting there. Many enthusiasts of archaeology and history visit the temple quite often. Sadly, in this temple animal sacrifice is still prevalent. As many tribal people live in the adjacent area of the temple, animal sacrifice is a common norm over there.

If you visit there on any Tuesday or Saturday, you will get to see the animal sacrifice ritual. Apart from the said days, animals are also sacrificed during Kali and Durga Puja. As animal sacrifice is one of the most common rituals among the people of the Shakti sect, that ritual is followed in Chhinnamasta temple as well. It is believed that by sacrificing the animals, the Goddess will be pleased and will be less infuriated. Even though this ritual is frowned upon and inhumane, tourists from different parts of the world gather there to witness that. 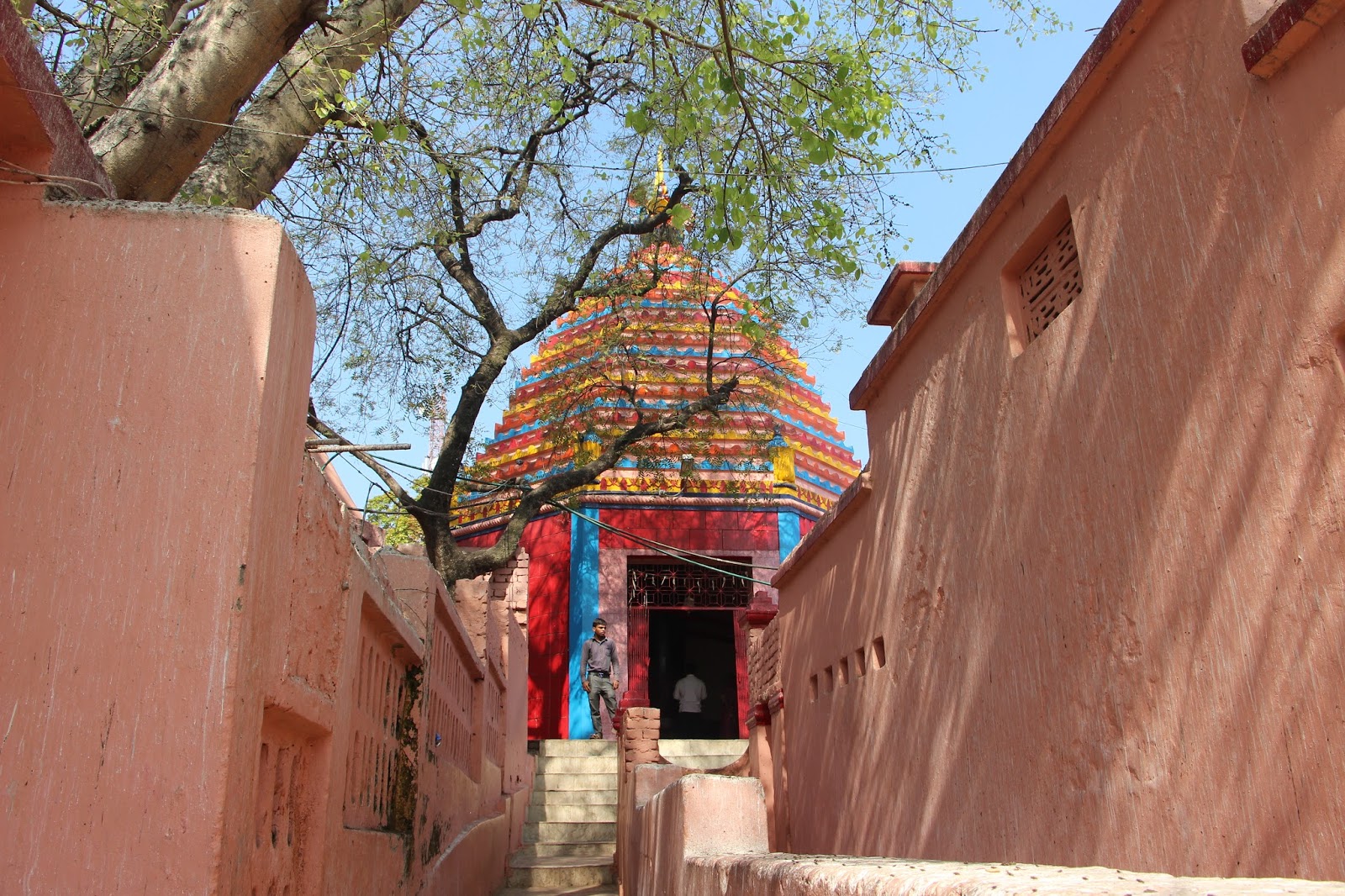 One of the greatest filmmakers and authors in India, Satyajit Ray, fell in love with Rajrappa temple so much that he based the plot of his novel, “Chhinnamastar Abhishap,” on this temple. If you have never read this novel, you should read it at least once. It describes the beauty of Chhinnamasta and the mysterious circumstances quite well. As the temple was constructed thousands of years ago, most parts of it got destroyed over time. That is why it has been reconstructed several times to conserve it.

Rajrappa is located in such an area of Ramgarh district that reaching there from different parts of Jharkhand will not be an issue. Most people visit there while exploring Ranchi. As the distance between Rajrappa and Ranchi is only 70 km, it will only require you 4 hours to reach there from Ranchi.

To visit Rajrappa through an airplane, you will have to rent a cab from Ranchi airport. As the nearest airport is located in Ranchi, you will have no other option. The journey from Ranchi to Rajrappa is immensely beautiful. Many people prefer to take this route due to the gorgeous scenery.

Rajrappa is not only known for Chhinnamasta temple but also for the waterfall and the scenic view. That is why the best time to explore the temple is during the winter season from November to March. Almost every region surrounding the Chhinnamasta temple is apt for having a picnic with your loved ones. You will not be able to do that if you visit there in the summer season. The scorching heat during that time will not allow you to enjoy the location peacefully and comfortably.

The Rajrappa Mahotsav takes place every year in February for two days. If you want to see that festival, February is the best time for you to visit. Many renowned singers and performers perform in that carnival. Although, you must remember that the crowd garnered during that time will also be pretty unbearable. If you visit there in February, you will not be able to have peaceful picnics with your family anymore. So, you will have to choose between tranquility and celebration before making your plan to visit the Chhinnamasta temple.

There are some beautiful places located in Rajrappa that you must visit while visiting Chhinnamasta temple. Some of the most popular ones are provided below:

Rajrappa waterfall is located right by Chhinnamasta temple and it originates from the Bhairavi or Bhera river. Even though the waterfall does not have a massive height, but it is immensely beautiful. It joins the Damodar river. The view of the babbling brook created by the waterfall is genuinely astonishing. Most people spend some time at the bottom of the waterfall after exploring the majestic temple. 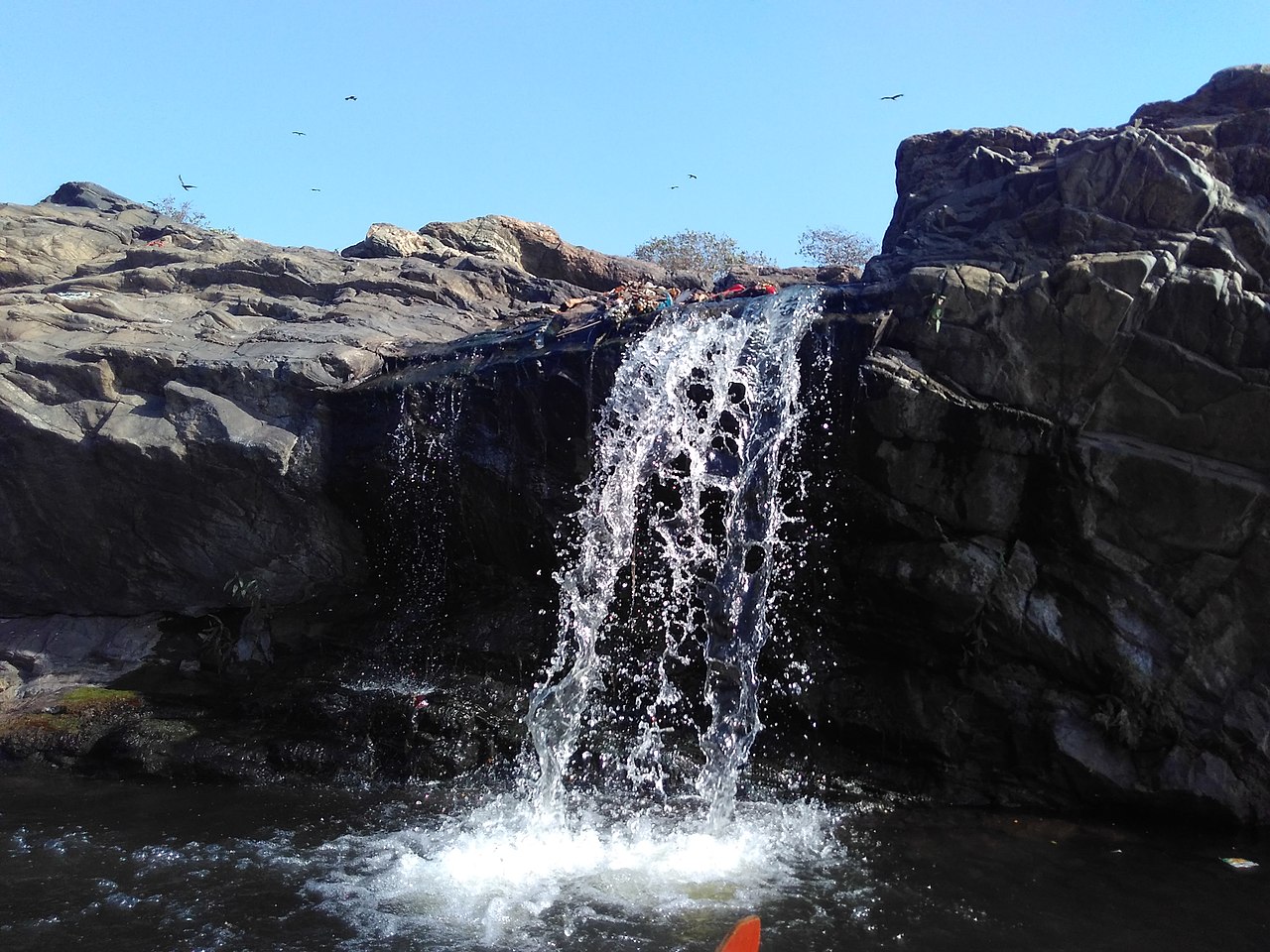 Both Bhairavi or Bhera river and Damodar river is located close to Chhinnamasta temple. That is why tourists love visiting the Chhinnamasta temple so much. They have fantastic picnics with their loved ones by the banks of the rivers after exploring the area. The scenic view of the rivers is so beautiful that you will be quite surprised. These river banks are quite popular among couples and youngsters. But to enjoy the area peacefully, it will be better for you to visit there after 2.30 pm. At that time, you will be able to avoid the crowd. 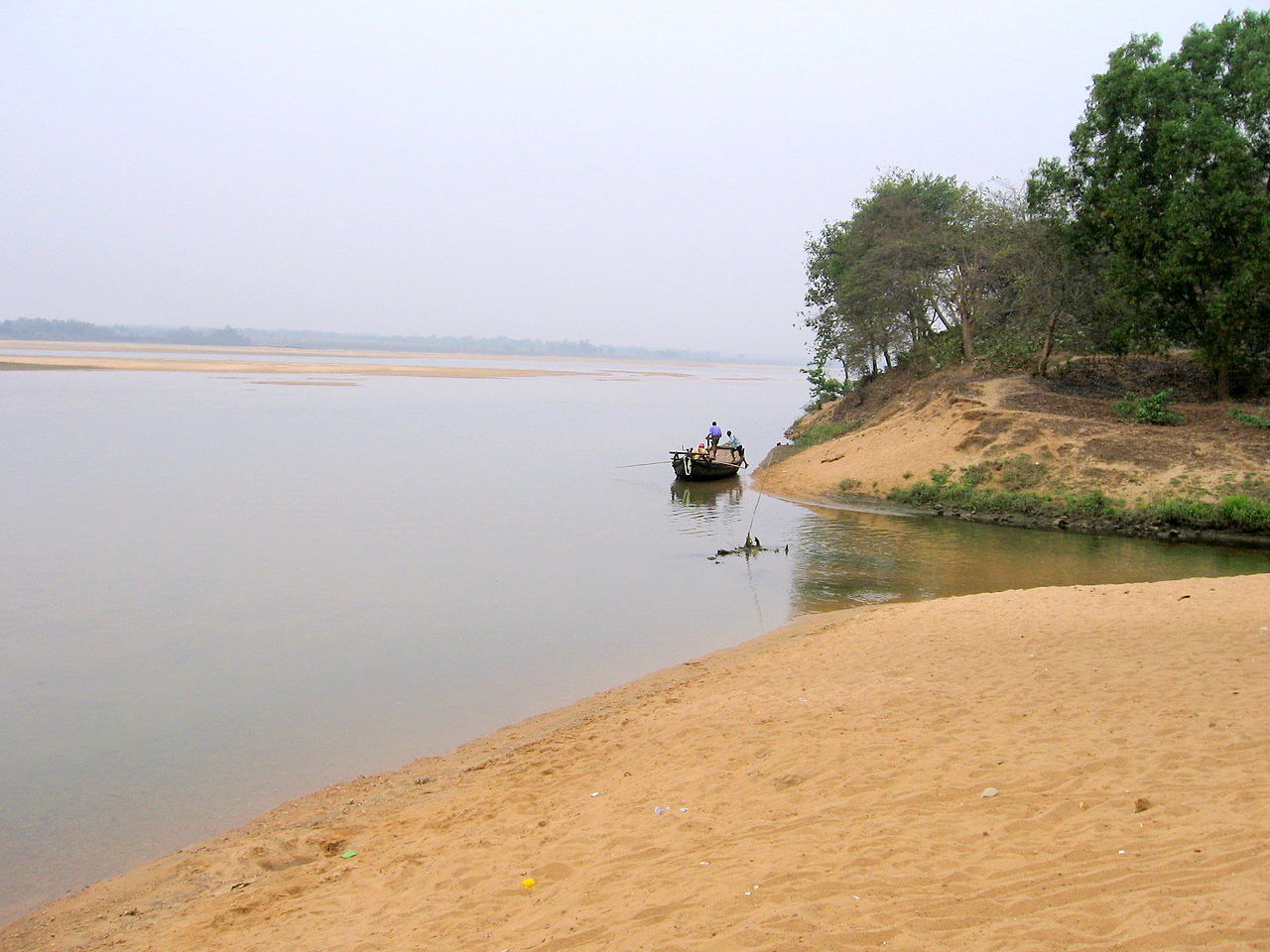 Best Places To Stay In Rajrappa

There are some hotels and guest houses located in Rajrappa that are perfect for spending the weekend. We are providing you the information about the top places to stay over there in the following.

Rajrappa Guest House is a government-owned hotel located 9 km from Chhinnamasta temple. This guest house is one of the best places to stay over there. All the rooms of this establishment are well equipped with modern amenities.

Moreover, the services offered by the guest house is quite impeccable. As there is a beautifully landscaped lawn surrounding the hotel, you will be able to rest over there peacefully. 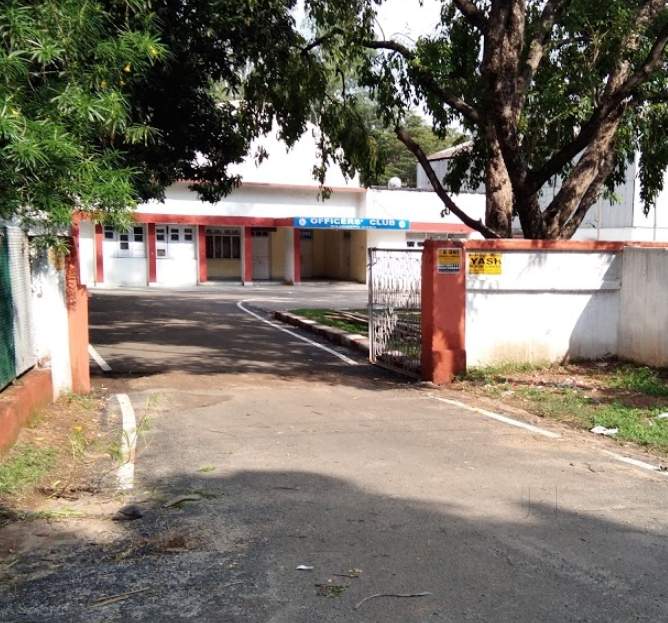 Located only 4.6 km from Chhinnamasta temple, Hotel J.B. Palace is a great place to spend your vacation. With 19 rooms, this hotel is pretty big and well-renowned. The service offered by the establishment’s staff is quite good.

By staying in this hotel, you will be able to explore Hazaribagh as well. As the hotel offers free wi-fi, you will have no problem communicating with the outside world while staying over there. 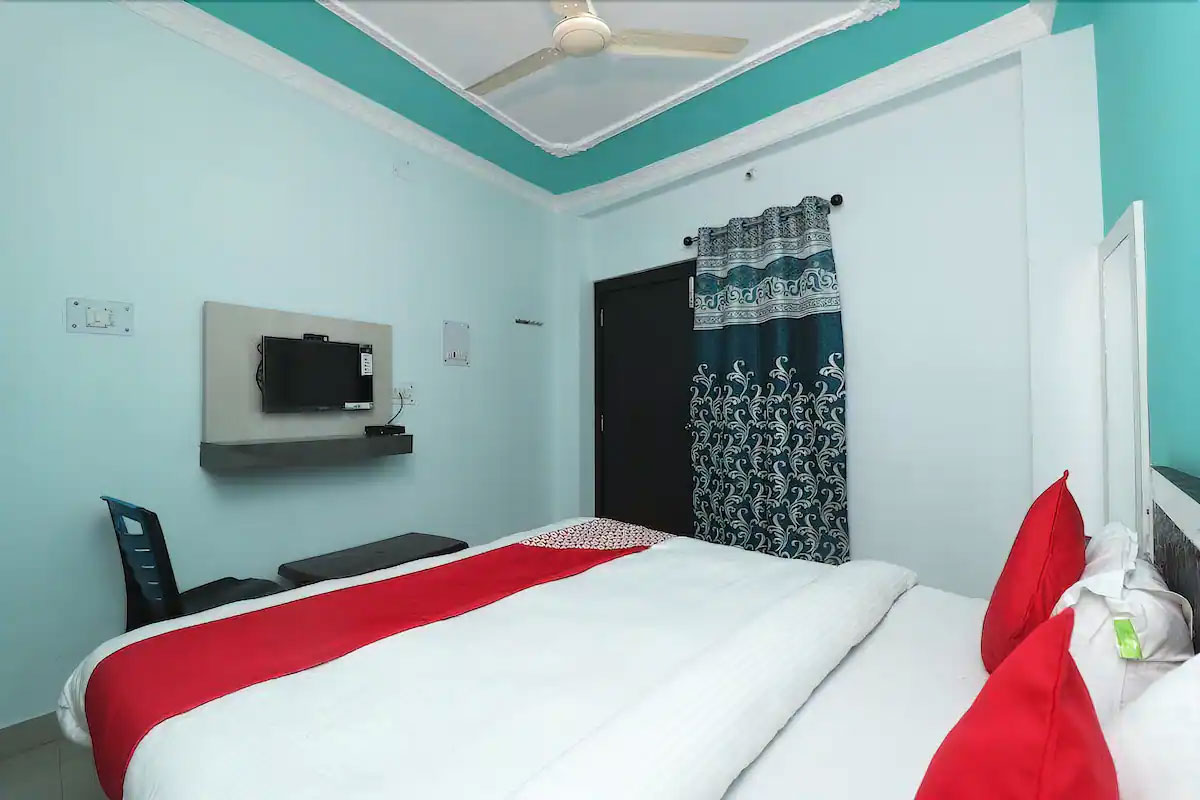 Maa Chhinnamasta temple is one of the most intriguing and unique places in India. It is quite surprising to see that a site with this magnitude has not become widely popular like other religious sites in India. If you are a lover of history, mythology, and archaeology, the Rajrappa temple will not disappoint you. In this blog, we have tried to mention every information regarding the temple. So, without much ado, start planning your itinerary for the trip to Rajrappa. 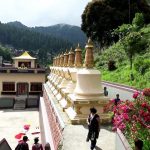 Lava Travel Guide: 8 Top-Rated Places in Lava That Every Traveler Must Visit (2022) Previous 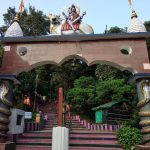 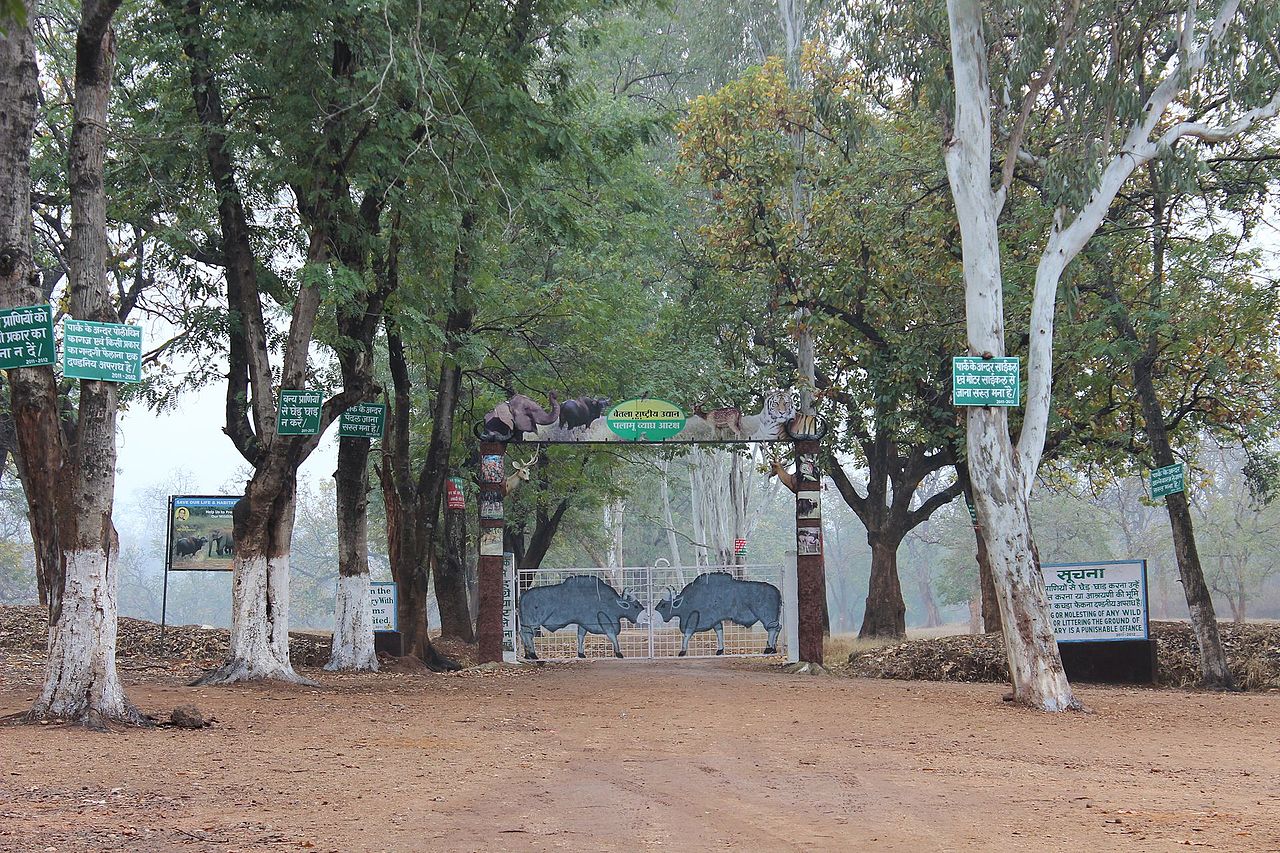 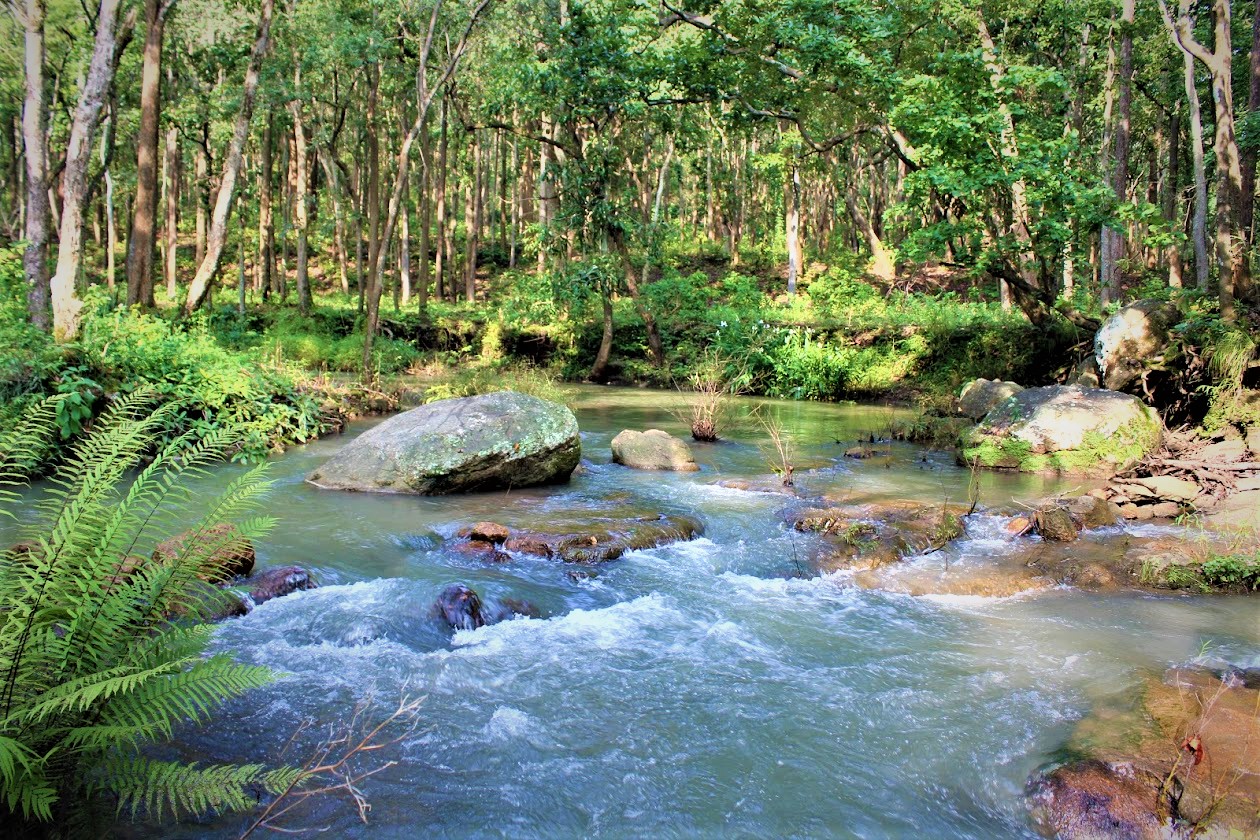 6 Enchanting Places in Netarhat For All The Wanderlust Travelers (2022) 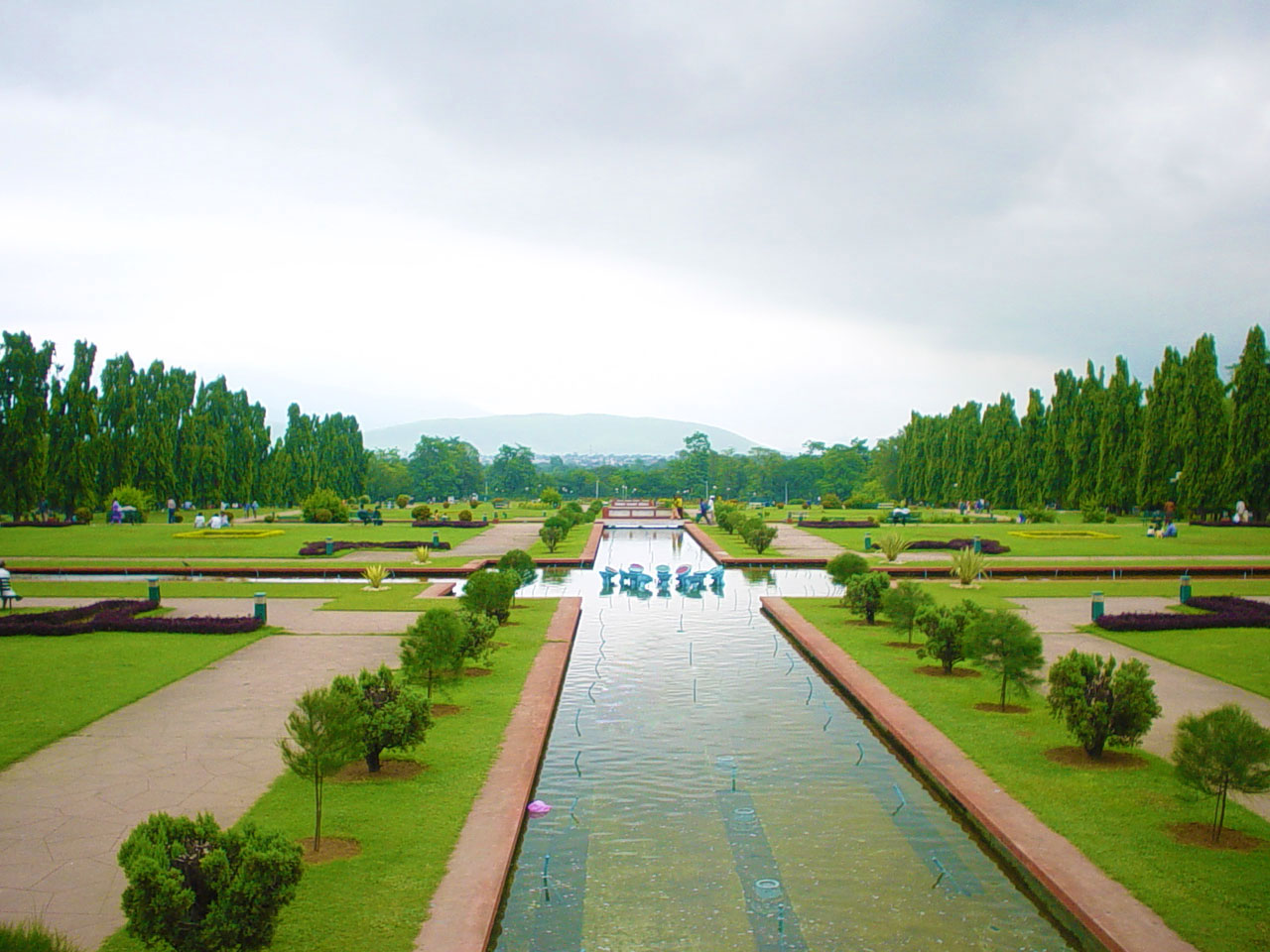 10 Places in Jamshedpur That Every Traveler Must Visit (2022)