As soon as we say, a land of sprawling deserts, rich history, colorful traditions, grand palaces and mighty forts, it will probably not be hard to guess this Indian state for you.

Yes, you guessed it right. We are talking about the Indian state of Rajasthan. Within the sprawling deserts of Rajasthan amidst the fine golden sand lie hidden many great secrets of the glorious past and a vast variety of culture which has developed over the span of many centuries. All of this makes even the lifeless desert sand come to life.

Amidst all this sand lies the city of Jodhpur, which is one of the top tourist places to visit in Rajasthan and houses the mighty Khejarla Fort. This is an ancient historical monument which proved to be of crucial service in the ancient times as it helped the Rajasthani royals in guarding the boundary of the city against the attacks of many dynasties.

Serving its purpose as a precious reserve of immense historical significance by helping the archaeologists and historians in understanding a large part of the rich Indian history, this ancient monument has now been converted into a beautiful heritage hotel. All in all, one can say that a visit to the historical Khejarla fort will be a perfect blend of having a close look at the rich heritage of the city while enjoying the convenience of the modern – day hotels at the same time. Continue reading to know more about this fascinating historical Khejarla fort of Rajasthan!

History of the Khejarla Fort

Tracing its origin long back in history to about 1611 AD when it was constructed by the great Maharaja of Jodhpur in order to honour the heroic services provided by Maharaja Gopal Das ji in the deadly war against the powerful Mughal empire, Khejarla fort is undoubtedly one of the most popular tourist attractions to visit in Jodhpur. In the olden times, Kherjarla was considered as a prosperous centre of Rajput Royalty that included eminent court officials, several camels, horses, hundreds of servants, estate managers and a lot more. In short, the officials at this court were highly regarded by everyone not only because for their superb intellect but also for the honor, bravery, courage and nobility that they exhibited at the times of the war. Despite its ancient construction, till date this ancient fortress exudes an extraordinary aura of power, strength and glory, which makes one reminisce the memories of the rich past.

Image Source
While a section of the Khejarla fort still remains with the royal family and serves as their residence but the other section has been altered and renovated into one of the best heritage hotels in India. This section of the Kherjarla fort is open to all those people who would like to have a glimpse of the life of the bygone eras. Since a part of the Khejarla fort was leased by the Bhandari Heritage Private Ltd., the fort has been intricately developed and has been made easily accessible for the pubic visitors. The highlight of the place is that the descendants of the royal family of Jaisalmer including Thakur Dileep Singh, the current Maharaja of the fort are still known to reside in a private part of this grand structure.

Architecture of the Khejarla Fort

Located amidst the golden sand of the sprawling deserts of Rajasthan, Khejarla fort is one true historical beauty. Nestled amidst typical rural settings, this fort which is approximately 400 years old, is a pleasure to explore. When it comes to architecture, Kherjarla is one of the top forts to visit in Rajasthan. This stunning red sandstone monument boasts of a mesmerising architecture and can be considered as an exemplary example of the Rajput style of architecture being displayed at its finest. Talking specifically about the architectural style of the fort, it demonstrates a mix of Rajput and Mughal style of architecture. Though at the first glance you may find the exterior of this grand fort to be rugged but it is in complete contrast to interiors which are quite modern and convenient. Though Kherjarla fort has an old rugged exterior and is even a bit ruined from some places but despite that it makes it visitors swoon with its grandeur. A striking blend of history, art and architecture, the Kherjarla fort exudes a magnificent aura which will make you fall in love with this mighty monument which once served an integral role in helping the brave Rajput warriors in guarding their city. Be it the spellbound grandeur of the fort, its picturesque setting, the intricately cared Jharokhas or the stunning latticework friezes, glancing at almost every nook and corner of this fort will instantly transport you back in time of the golden era. A visit to this exceptional Kherjarla fort will allow you to experience the valour, chivalry and royal life of the bygone era. 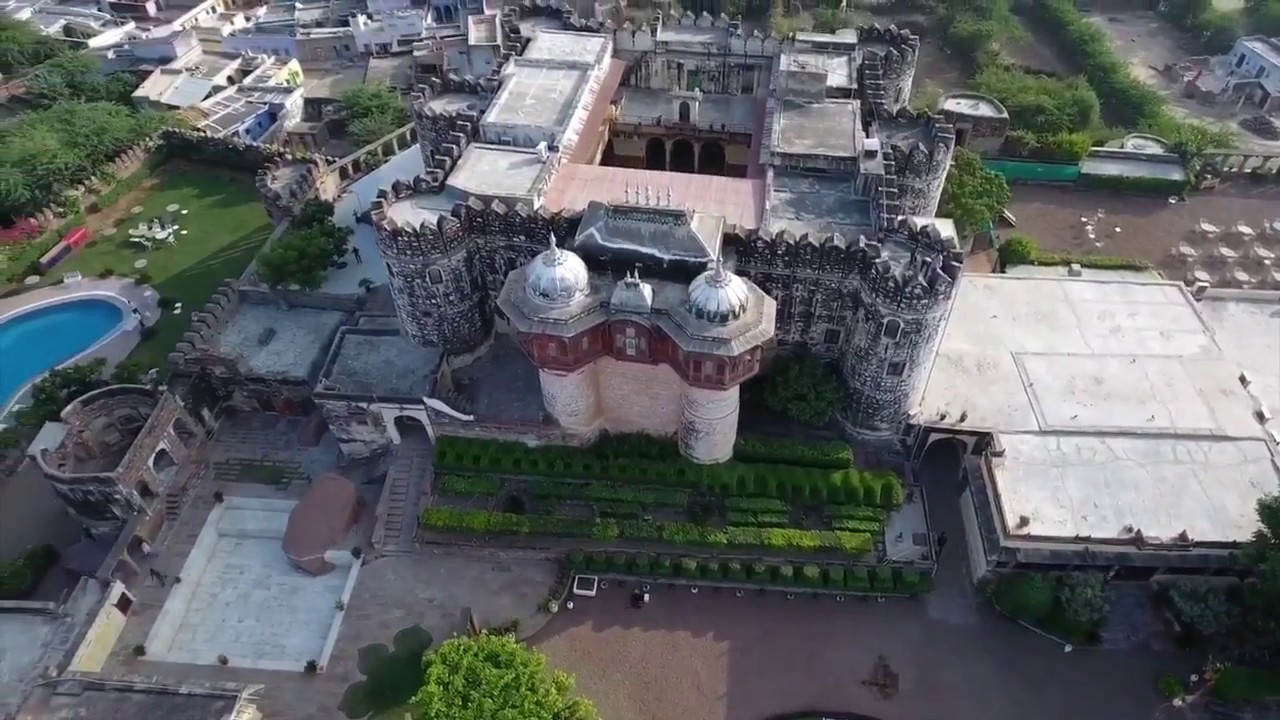 Structure of the Khejarla fort

The grand structure of this sturdy fortress is divided into four separate sections. These sections which were once built, in order to suit the traditions of the bygone era now have been creatively renovated into beautiful recreational spaces which go well with the heritage hotel. The structure of the Kherjarla fort comprises of: 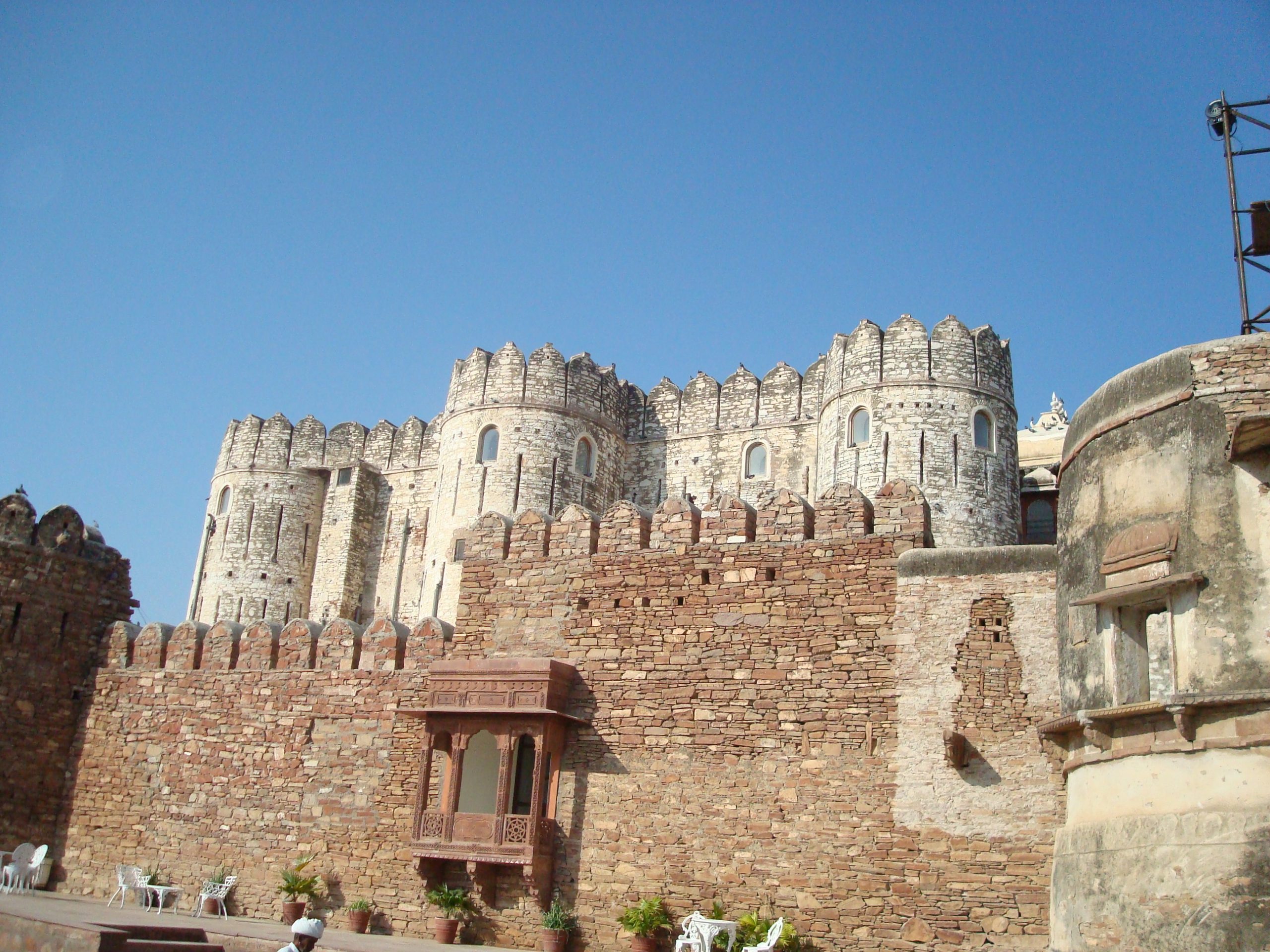 Timings and Entry Fee of the Khejarla Fort

What was once a mighty fortress has now been converted into one of the best heritage hotels of Jodhpur. This hotel has reservations open for visitors throughout the day and night, so that anyone interested in exploring this historical masterpiece can easily book the rooms of their choice and stay at this remarkable fort. As far as the entry fees are concerned, there is as such no entry charges to simply look at the exterior appearance of the fort from outside but if you wish to explore the interiors, then you have to stay at the hotel. The charges for staying at the hotel can vary depending upon the kind of room you opt for and the other facilities that you use.

The Khejarla fort is one of the most popular forts to visit in Rajasthan and receives visitors from all over the country throughout the course of the year. However, like the rest of the state, Jodhpur also experiences a hot and dry weather round the year. Owing to the scorching and sometimes unbearable heat in the summers, it is often considered that the best time to visit the Khejarla fort will be somewhere in the winter season. The place experiences winter season from the month of November till February. This period will prove to be especially good for those visitors who play on outdoor exploration and sightseeing as the weather is quite pleasant in winters. 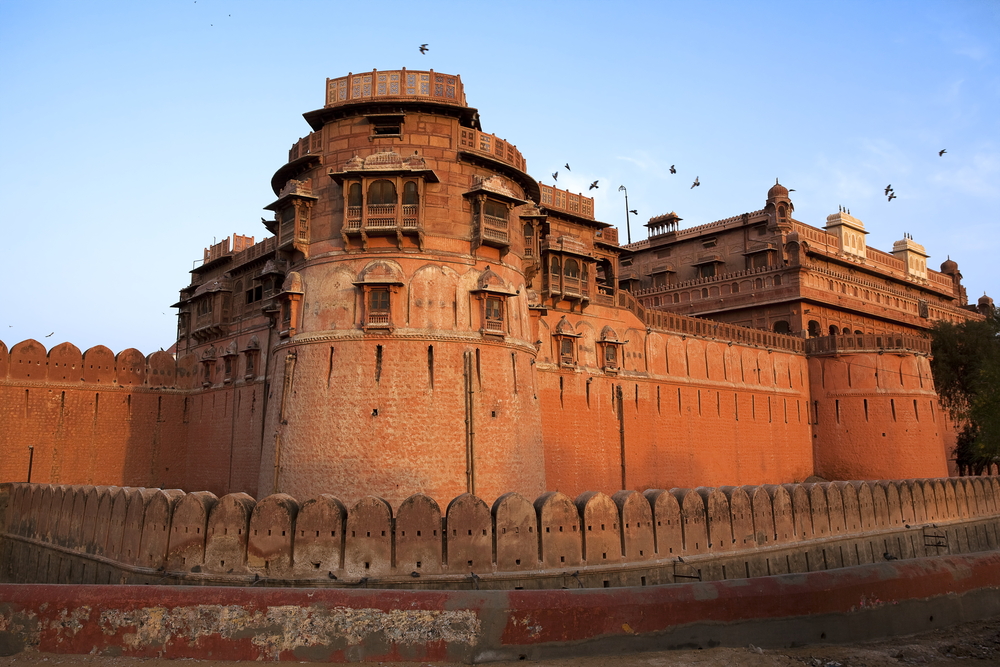 Image Source
However, if you are planning on staying indoors within the premises of the hotel, then any time you visit will have a good experience.

How to Reach the Khejarla Fort?

No matter how fascinating a vacation destination looks to you, it is natural for anyone to worry about any kind of travelling issues they might have to face in reaching the place, especially if they are a first – time traveller. However, as far as your vacation destination is Khejarla Fort Hotel, then you have nothing to worry about. It is one of the top tourist places to visit in Rajasthan and is easily accessible from most parts of the country through multiple means of transports. Some of the ways to reach the Khejarla fort are:

If you are someone who often wonders how will it feel like to be pampered as the royals and live in their magnificent castles, then the Khejarla fort is a must – visit tourist place in Jodhpur for you. 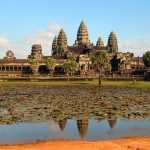 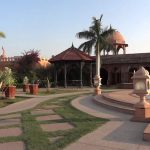 Visit Neemrana Fort: Undoubtedly One Of The Most Popular Forts To Visit In Rajasthan (2021)

Visit Kankwari Fort: The Fort Where Dara Shikoh Was Captivated Till His Very Last Breath (2021)