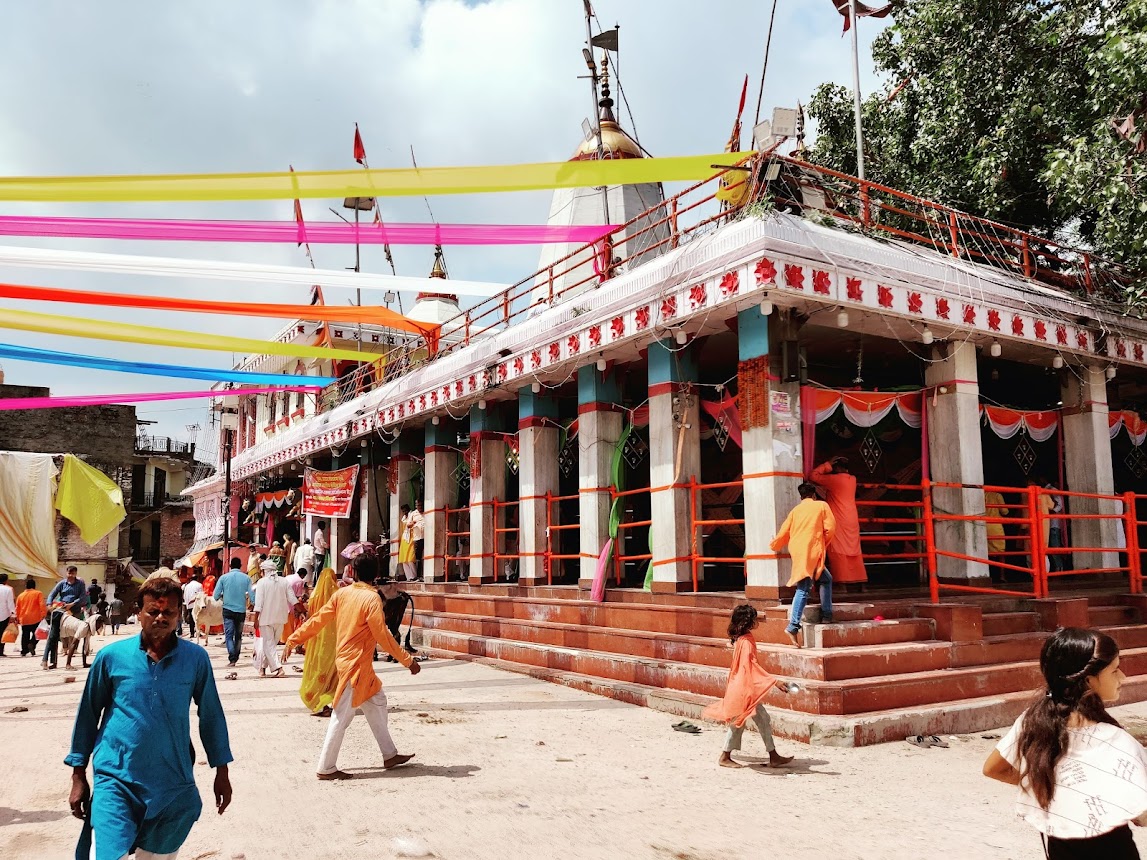 Visit Vindhyavasini Devi Temple: History, Activities to Do at the Temple, Places to Visit Nearby, Festivals Celebrated, Hotels Nearby (2022)

This home of goddess Durga is the only Shakthipeeth where she chose to stay. The references of Goddess Vindhyavasini, also known as Yoga Maya, can be found in a lot of Hindu mythological stories and scriptures. She is also part of the epic Mahabharata and also appears in Shiva Purana that leads us to the story behind the formation of Shakthipeeth. She is also worshipped here in the name of Kajala Devi, who killed the demon named Mahisha Asur and saved the world.

Vindhyavasini temple of Uttar Pradesh is undoubtedly a site of different Hindu mythological stories which increases the eminence of the temple. A variety of festivities and rituals are celebrated here on other occasions. Being a part of the Mirzapur city makes the modes of transportation to the temple easier and feasible. Read on to find out more about the history and legend behind the Vindhyavasini temple of Vindhyanchal.

According to the stories of Shiva Purana, the remains of Lord Shiva’s first wife, Goddess Sati fell on to different sites of the North-Eastern province, which are now popularly known as the Shakthipeeth. Apart from the Shakthipeeth, the Vindhyavasini Devi temple became a part of the Shakthipeeth because goddess Durga herself chose this place to rest after she killed the evil demon, Mahisha Asur.

There are also some more exciting stories related to the birth of the goddess Vindhyavasini. As per the tales of the epic Mahabharata, Goddess Vindhyavasini is the daughter of Devaki and Vasudeva, who was born right after Lord Krishna’s birth. The scriptures say that she took birth as Yoga Maya, to inform the evil king, Kans that the incarnation of Lord Vishnu who took his birth to kill him is alive and in safe hands.

Later according to Mahabharata, Goddess Yoga Maya incarnated again as Subhadra, the sibling of Lord Shri Krishna and Lord Balrama and was married to the third of the Pandavas, Arjun and became the mother of Abhimanyu. Now let us take a look at some of the major attractions at Vindhyavasini temple.

Major Attractions And Activities To Do At Vindhyavasini temple

The trikona parikrama is one of the best things to do when you visit Vindhyavasini Devi temple. The trikona parikrama connects three different temples that worship Goddess Durga, Goddess Saraswati and Goddess Kali. The parikrama or walking through the foothills of the Vindhyachal which connects the temples of Vindhyavasini Devi temple, Kali khoh temple and Ashtabhuja temple is a long trek which is pursued by the pilgrims and the trail is considered as sacred and even as a ritual.

The surroundings the Vindhyavasini Devi temple is simply breath-taking and one of the best scenic beauties you will ever witness in your life. The peaceful and spiritual ambience in here is a fulfilling and commendable experience in a pilgrimage.

The roads leading to the Vindhyavasini Devi temple of Vindhyachal is full of small shops and stalls all over the streets. You will have quite a pleasant shopping experience here at the stalls outside the temple. From a variety of local street food stalls to several shops selling the goods for offerings, the market is flooded all time of the day with the locals and the tourists.

How To Reach Vindhyavasini Temple?

The city of Mirzapur is significant in Uttar Pradesh, and it is also well connected to the other prominent cities of the state. Now let us take a broad look of the different private and public transportation modes available to reach the Vindhyavasini Devi temple of Vindhyanchal. 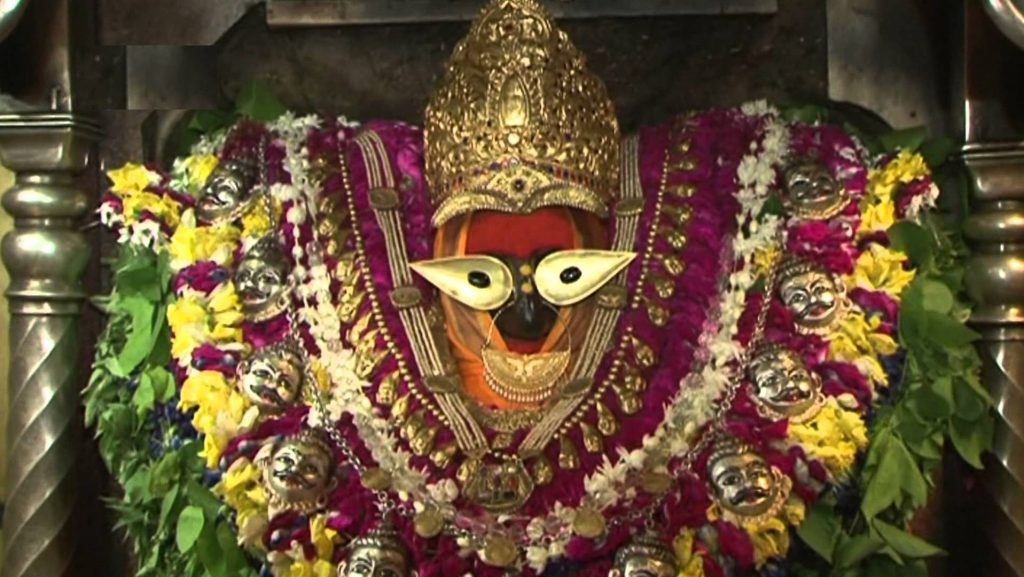 After visiting the Vindhyavasini Devi temple, you have a lot of things to do and places to visit around Vindhyanchal. These places capture the scenic beauty and landscape of the area which you should explore during your visit to Vindhyachal.

The first one on the list, located at the outermost parts of Vindhyachal is a must-visit place around the temple. This beautiful falls and the mesmerising backdrop of the hills is an enjoyable view. There are also other facilities like a small park and a zoo nearby the Wyndham falls where you can enjoy some leisure family time.

Sita Kund is a site of extreme religious prominence as per the Hindu mythological scriptures as this place marks the birth of Goddess Sita.

There’s also another interesting story about the formation of Sita Kund on Ramayana. During their comeback to Ayodhya, Sita felt thirsty, and Lakshman shot an arrow to the ground to release water and quench her thirst. This water source is what we now see in the form of Sita Kund. 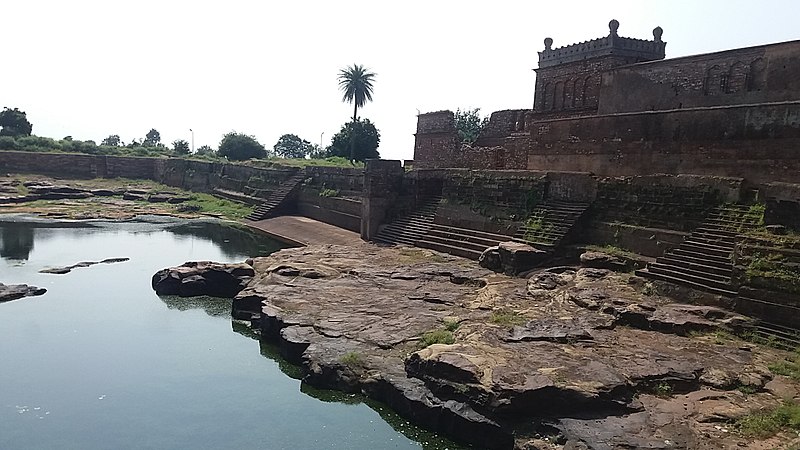 The fort is an underrated tourist destination in Vindhyachal providing an excellent view of the city. There are also a lot of paintings, carvings etc. in the defence which is also a must-visit destination when you are in Vindhyachal. 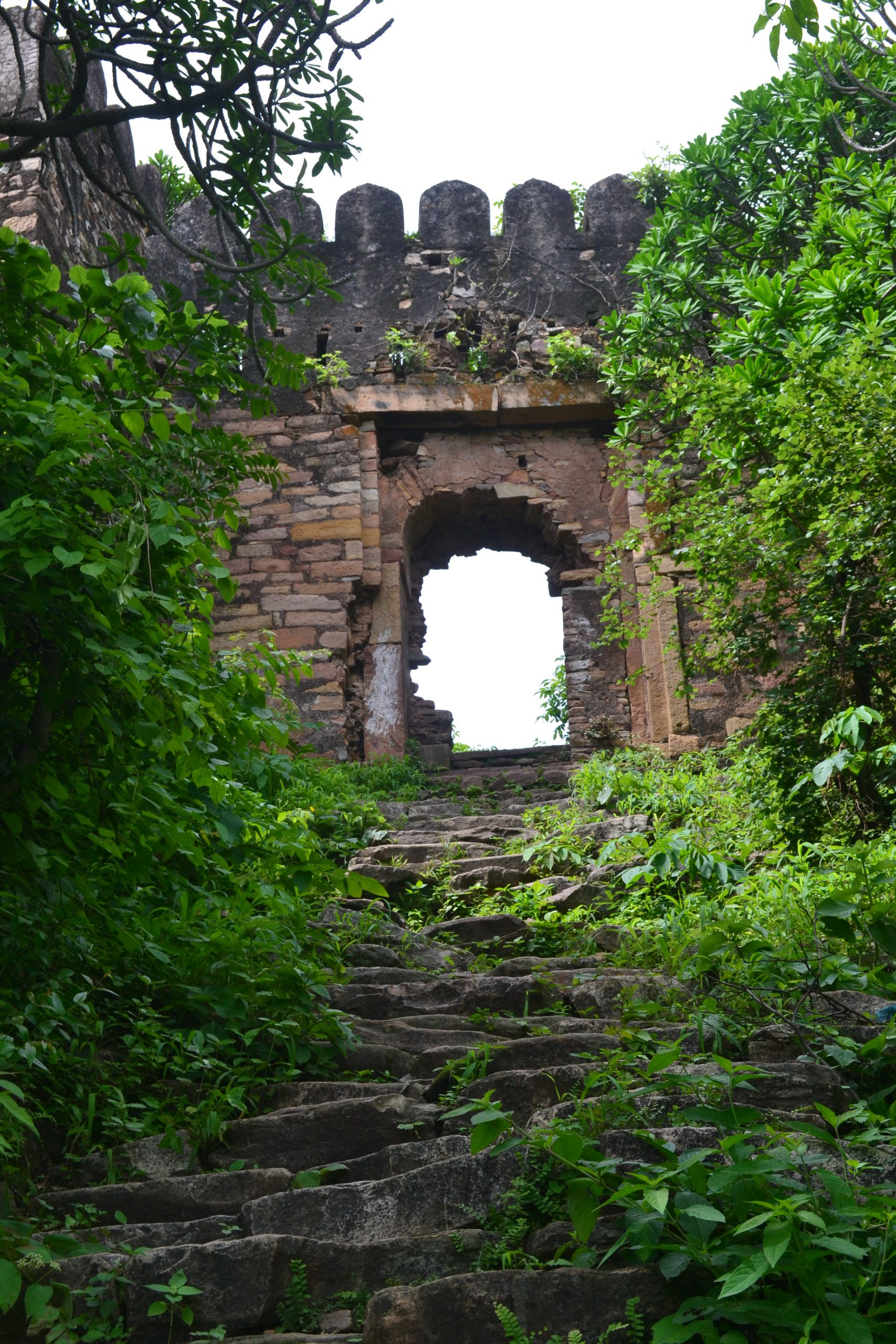 The Vindhyavasini Devi temple of Vindhyachal is home to several Melas or festivals all around the year. The three districts of Uttar Pradesh join together to celebrate these festivities grandly.

Navratri is something which holds utmost importance in the Hindu religious calendar where the three prime female deities of the religion worshipped for nine days. Navratri is one of the most significant occasions celebrated here, and a lot of rituals performed. Navratri is also one of the best times to visit the temple and take part in the festivities. It usually falls in October or beginning of November.

On the occasion of Maha Shivratri, one of the important days according to Hindu mythology, which is the only day, Lord Shiva takes rest. Shivratri is also the best time to visit the temple and enjoy the festivities here.

GenX Mirzapur is one of the best elite mid-range hotels in Mirzapur which lies close to the Vindhyavasini temple. If you are looking for a fair, luxurious hotel near the Vindhyavasini Devi temple, then this will be the best pick you will ever get here. The hotel located nearly 4.8 km away from the temple.

Another finest mid-range hotel to stay in at Mirzapur which is close to the Vindhyavasini Devi temple is the Konark Grand Hotel. They provide the best value for the money paid and the services, and the facilities available here are also commendable. The hotel is nearly 5.5 km away from the temple.

The temple of Vindhyavasini is home to a lot of Hindu Mythological stories and legends. You will enjoy every bits and piece of your journey to this beautiful site of worship for sure. Whenever you are planning a trip to Uttar Pradesh or Mirzapur, add the temple and the other listed places to your list and enjoy your stay to its fullest. 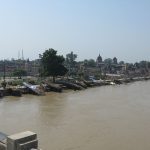 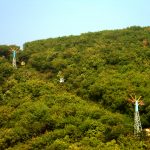 Visit Kailasagiri Hills at Visakhapatnam: Attractions, Things to Do There, Best Time to Visit, Timings, Entry Fee (2022) Next