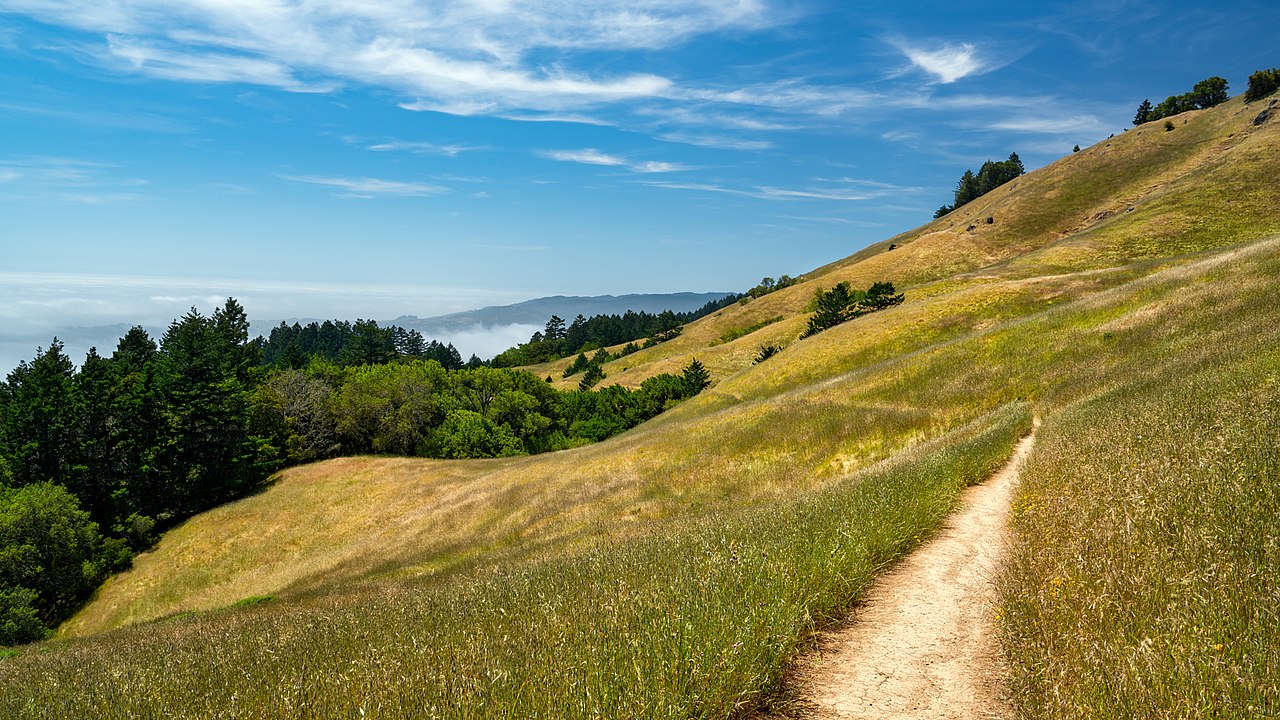 6 Hidden Gems In California For a Great Vacation (2023)

California is by far one of the most loved tourist destinations in the United States, and no one can doubt that fact. The journey towards Los Angeles, San Francisco, and various other cities adjacent to the Pacific Coast of California have proven time by time that how this US State leaves no chances unturned to amaze its visitors. However, the famous and top-rated destinations of California are often crowded, destroyed, and maybe explored on your trip to the State. But if you think that the State’s charm is over, you would have to consider your thoughts again.

Travelers from all around the world often explore the State of California, but there are still some “Unexplored” sights that you might not even know about. Travel the little off-beaten path, discovered the off-road locations, and experience the fun of vacation at California’s best-kept secrets. Here is the list of some fantastic Hidden gems for Vacation in California, which you might want to include in your next trip.

6 Hidden Gems In California For a Great Vacation

Below Mentioned are 6 Hidden Gems In California:

Located in the Marin County of the State, Mount Tamalpais is Marin hill’s highest peak and one of the fantastic locations to visit in California. Even though it is home to some public sights, including Mount Tamalpais National Park and Muir Woods, but still lesser-explored than most of the sight-seeing location in California. It is one famous hiking peak amongst the local residents as the top Tamalpais is where you get the gorgeous overview of the entire San Francisco city including the marvellous over the top view of the Golden Gate Bridge. On a clear weather day, one can view 25 miles across the Pacific Ocean and a panoramic view of the inlet- and island of San Francisco Bay.

Mount Tamalpais is 2,500 feet high with over 66 great hiking trails, mountain biking trails, running trails, and beautiful campgrounds and picnic spots. On the way towards the peak, one would come across golden grasslands, redwood forests, iconic oak woodlands, and chaparral. The astonishing beauty of Mount Tamalpais has made it grab its way in some of the famous landscape paintings.

Just 60 miles away from the city of San Francisco, the town of Jenner is one small coastal town in Sonoma County of California State. This tiny town sits over the bluff, providing a dramatic overlook of the Russian River meets the Pacific Ocean along with a calm and serene landscape and a stunning ocean view. Jenner is one secluded destination with only 136 permanent residents, thus merely explored and exploited. Also known as Jenner-by-the-Sea, this wild and untrammelled land is served by a coffee shop, a small gift shop, some fabulous restaurants, a kayak rental place, a convenience store, and a gas station. With lesser residence and low exposure to tourists, this tiny town has limited amenities, however not a little skimp in terms of beauty and tranquillity.

Jenner’s town has some quiet and clean beaches where one can swim on the no and low tide days. Renting a kayak for a closer view of the wildlife, including a myriad of seabirds and a colony of harbor seals, is one common practice here in the town. Some travelers get lucky enough to view the red tide created with the effect of phosphorescent algae and is a memorable moment gifted by nature itself.

Before it becomes a talk of the past, the Salton Sea is what you must view at the San Andreas Fault, in the Southern end of California. Visiting the Salton Sea is one of the unique experiences in California with beautiful geography surrounding it, including the giant Imperial Sand Dunes, human-made mountains, large date farms, mud pots, and some viewing worth oasis. Once a destination of the Hollywood elite, the Salton Sea has changed dramatically in the last few years. Even though the sea is mostly destroyed and becomes toxic, but the unique art communities that thrive in the brutal desert around still make it one attractive sight to visit at least once during the trip to California. 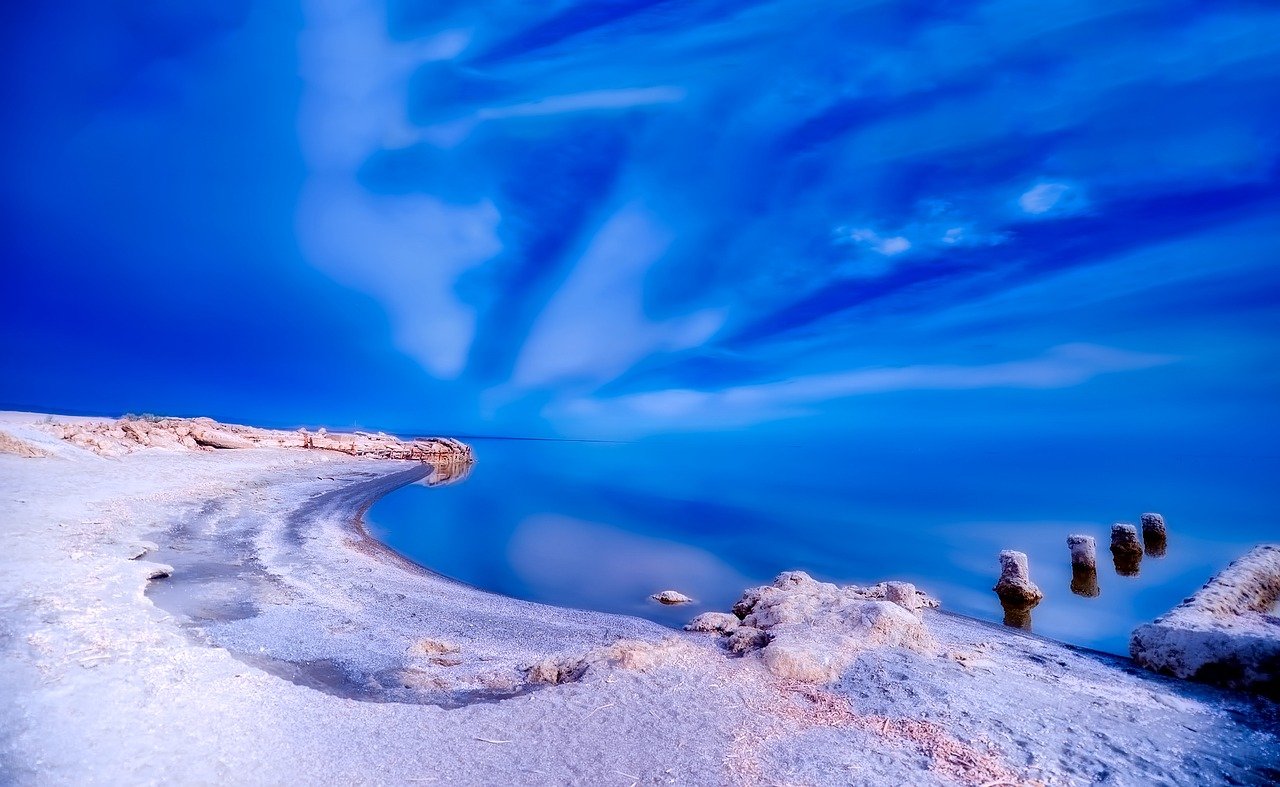 The Salton Sea fascinates travelers with its different geological and volcanic features resulting from a massive magma chamber hidden beneath the low-lying sea. Getting into the sea today is a dangerous thought, and visitors are advised not to get very near or try any activities there in the water. While planning your visit to the Salton Sea, make sure you pack your essentials, especially get the gas tank full as the nearby area is not served by even a single help.

The epitome of nature’s wonder, Mammoth Hot Springs is one famous tourist spot in California. Not only the Springs, but it is a unique community like a little town in the Yellowstone National Park. The Mammoth Hot Springs is said to be created thousands of years ago when a volcano exploded, creating a terrain that is one popular spot around the spring now. There are several hot springs around out of which most of them are safe to visit. As researched and noted, more than two tonnes of calcium carbonate flow down daily into the mammoth, where the spring’s hot water cools it down. It is also known as the largest calcium carbonate deposit in the world. 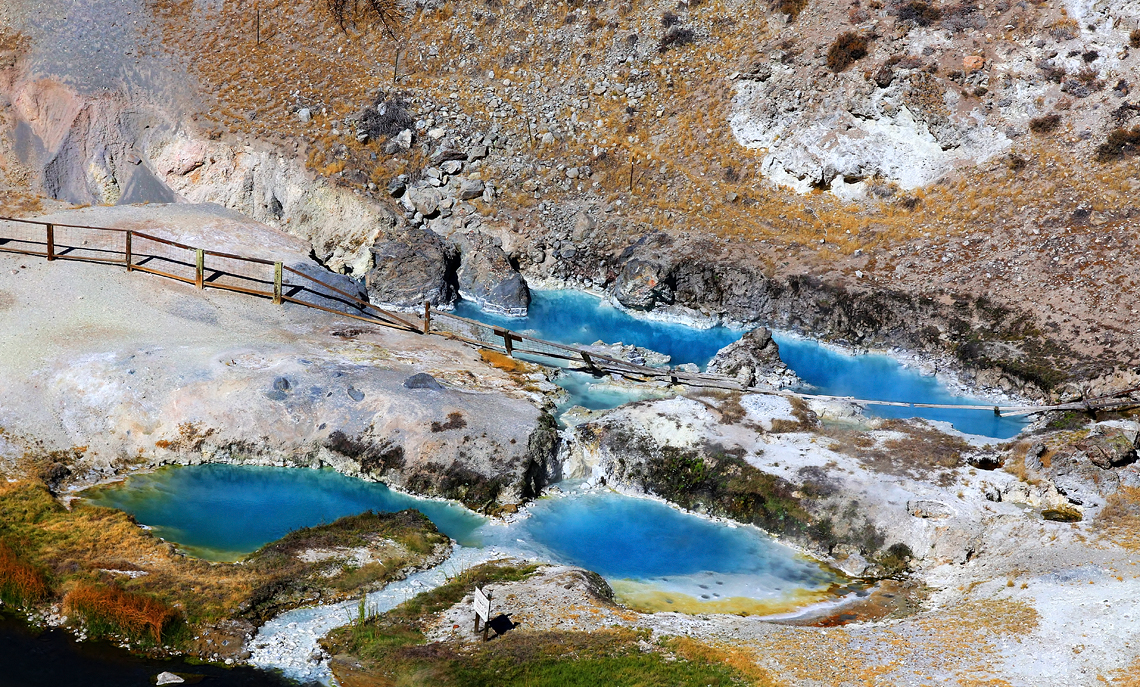 Winter in Mammoth Hot Springs is magical when the layer of fluffy white snow creates a thick rime frost covering the wooden boardwalks edging the hot springs and bare tree branches. The view is no less divine than the ones we see in fairy tale movies. Meanwhile, what adds charm in the winters are the easily spottable wildlife against the white blanket of fresh snow. Winters here are less crowded; however, summer days are jam-packed. This hidden gem in California is one famous photography spot amongst couples for pre-wedding shoots.

Known for the spherical sandstone concretions, the Bowling Ball Beach is one ultimate beauty of California. The beach is located in Mendocino County and is a part of the Schooner Gulch State Beach. The Bowling balls like rocks here on the beach adds in a uniquely beautiful touch to the sight for which traveling even from a distance is all worth the affair. However, only lucky enough visitors get the experience to view Bowling Ball Beach in its full glory during the low tide days. Else the spherical stones are hidden under the water. 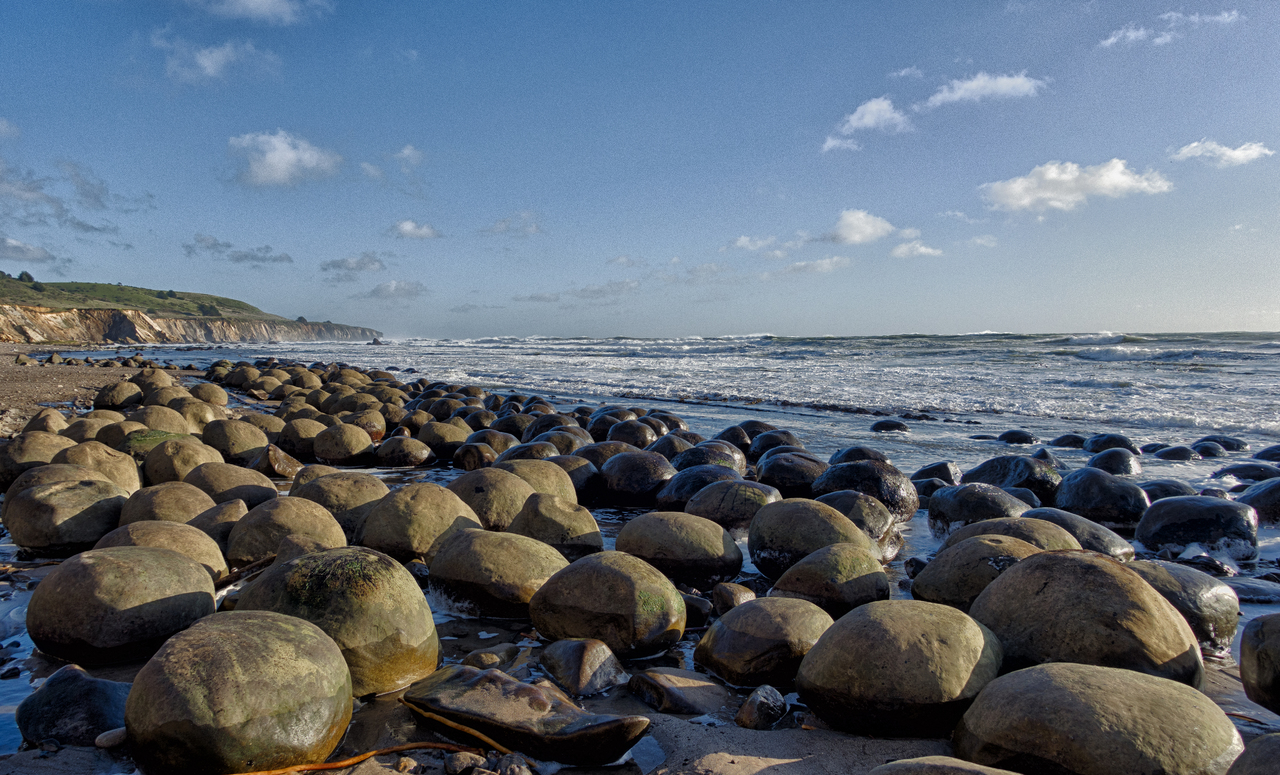 What increase the charm of this unique Californian Beach is the combination of warm sunset view while sitting over the sandstones. The bizarre natural occurrence here is quite phenomenal, and the speculation of its creation is yet to be unfolded. The small hike towards the north along the bluff overlooking the beach adds more interest to the visit. The hiking route consists of a small wooden ladder, a small brook, clamber over some large rocks, finally leading to the magnificent view of the beach. If over-looked, the beach gives a false view of round mountain cliffs soaked in a heavy layered cloud.

The city of Los Angles is keeping well a lot of secrets, and the hidden tunnels are one major attraction over them. Counted as the hidden gems of California, several tunnels in Los Angeles are actually hidden deep beneath, hiding the city’s mysterious network.

These hidden tunnels once served as the pass way for gangsters, criminals, and bootleggers who wanted to keep away from the eyes of cameras so that their identity remains a secret. During the years of several prohibited laws in Los Angeles, the tunnels served as hidden bars and speakeasies for the illegal under-the-ground parties. Not only by criminals, but the police and administration also used the tunnel routes for transporting dangerous criminals and prisoners, whereas the banks used the route for transporting colossal cash. Today, these tunnels are covered with street art and rusty piping, providing a dramatic look right out of a Hollywood thriller movie.

The hidden tunnels of Los Angeles can be accessed behind the Hall of Records on Temple Street via an unassumed elevator. It is one great pathway to avoid the crowd of the LA city and explore the marvel for a one-lifetime experience. 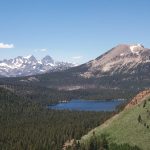 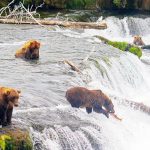 10 Beautiful Waterfalls Locations in Anchorage (2023) Next