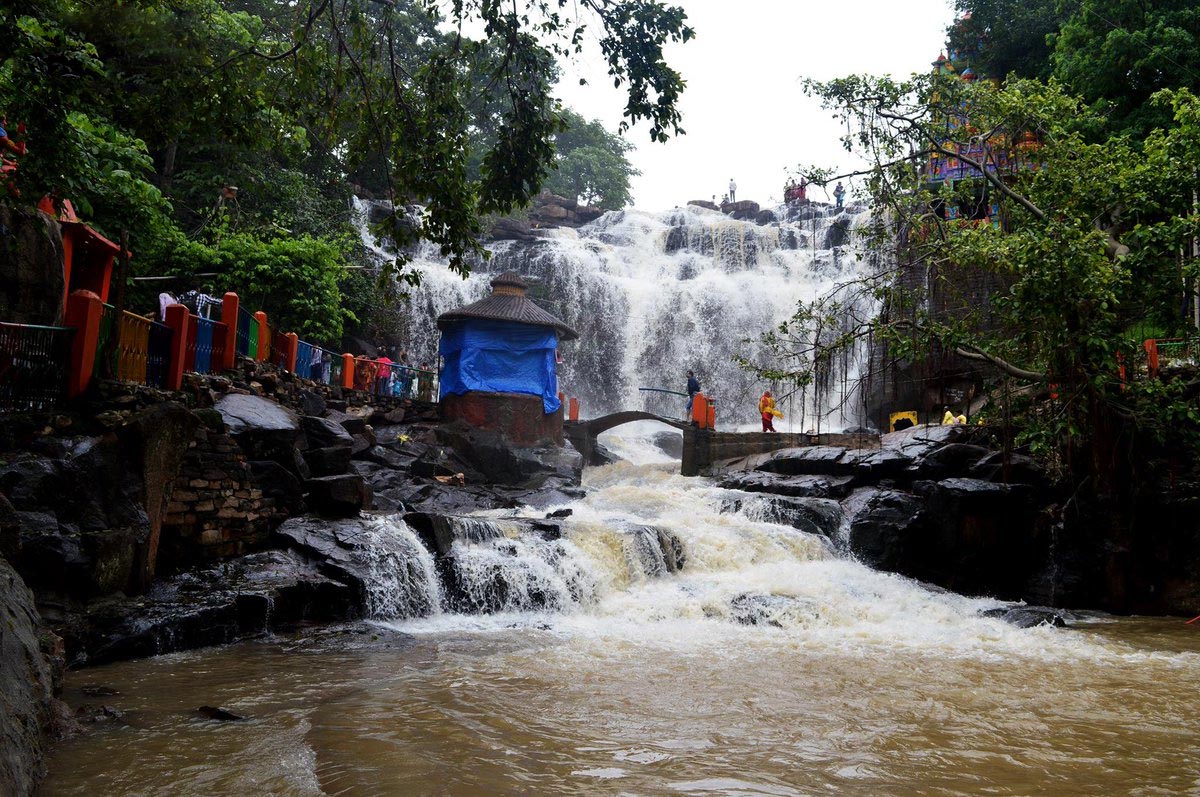 Located in Central India, the state of Chhattisgarh is one beautiful place to explore for every traveler. Being rich in cultural heritage, natural beauty, wildlife, cuisine, and interesting sightseeing attractions, there is so much one can actually do there. Out of the many tourist places sprinkled generously across the state, giving competition to the capital city of Chhattisgarh- Raipur, is a tough task. Being home to more than hundreds of steel mills and six steel plants, Raipur city is not only one of the most popular tourist places to visit in Chhattisgarh but it is also considered as one of the largest industrial centers of the entire country. Apart from being a primary center for industry and the business world, over the years the state has significantly contributed to tourism for the state. Owing to its plethora of serene lakes, educational centers, grand factories, and pretty temples, the Raipur city catches the attention of many travelers across the country located right in the heart of the plains, also known by the name of ‘rice bowl of India’, the capital city bustles with a multicultural and multireligious society.

If you are an environment-friendly person who wishes to explore nature, wildlife, or historic sightseeing attractions, then Raipur is the best tourist place in Chhattisgarh for you. Continue reading to know more about this beautiful place!

Being a part of Southern Kosal under the great Mauryan empire, the city of Raipur boasts of rich history. Later it also became the capital of the Haihaya kings until the 3rd century AD till the Satawahana kings ruled the area. By the 4th century, the region was conquered by Samudragupta but the place was recaptured by the powerful Sarabhpuri Kings followed by the Nala Kings in the 5th and 6th centuries. After a few years, the region came under the rule of Somavanshi kings and then under the control of the Kalchuri Kings of Tubman. It was King Ramachandra of the Kalchuri dynasty who established the town of Raipur. However, there are some other historical references, according to which Brahmdeo Rai, the son of great King Ramachandra was credited as the founder of this popular tourist city of Chhattisgarh. It is believed he built the new city of Raipur and named it after himself. 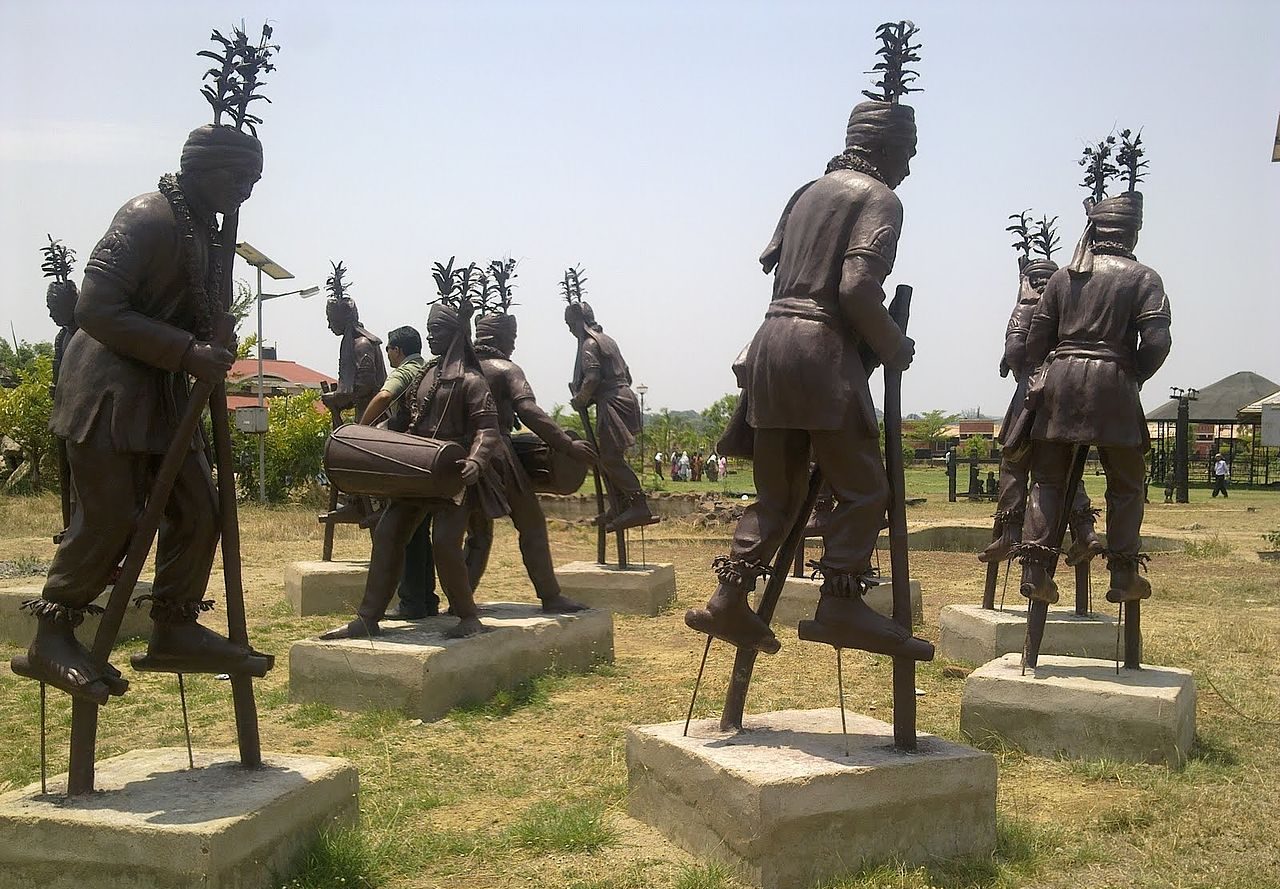 Image Source
The king even commissioned the construction of the Hatkeshwar Mahadev temple which can still be visited on the banks of the river Karun in Raipur city. In fact, it is considered one of the oldest landmarks of Raipur. After the death of Amarshingh Deo, the region was ruled by the Bhonsle Kings of Nagpur but after the end of Raghuji III in the Bhosle dynasty, the kingdom was taken over by the British Government. Finally, Chhattisgarh became a Commission on its own with Raipur as its capital city in the year 1854. After the independence, on November 1, 1956, the Raipur district became a part of the Central Provinces and Berar and became a part of Madhya Pradesh state. It was not until November 2000 that the area became the capital of the newly founded state of Chhattisgarh.

Being a home to a series of historical marvels, natural glory, cultural hotspots, and divine attractions, there are plenty of interesting sightseeing attractions to visit in and near Raipur. Some of the best places to visit in Raipur are as follows:

Located at a distance of about 85 km from Raipur city, Ghatarani waterfalls are probably one of the most spectacular tourist places to visit in Raipur. Nestled amidst lush green surroundings, this mesmerizing spot serves as a great picnic spot among both locals as well as travelers. Those in search of some adventure will love to go for a small trek through dense forests and your reward will be this incredible natural beauty. The water cascades down to form a natural pool at the bottom of the waterfall. Owing to its natural glory, this place attracts many nature lovers and photographers from all over the country.

Also known by the name of BurhanThalab, which literally translates to Old Lake, this is another prominent sightseeing attraction in Raipur. Lined by plenty of lush green trees, especially the palm trees, the atmosphere is absolutely tranquil and lovely. Apart from the natural beauty, the best part is that there are a series of food stalls located right outside the park. These stalls provide delicious and good quality street food at quite cheaper rates. Owing to its great atmosphere, scenic beauty, and refreshing ambience, the place is often frequented by nature lovers, joggers, picnickers, photographers, and many more. 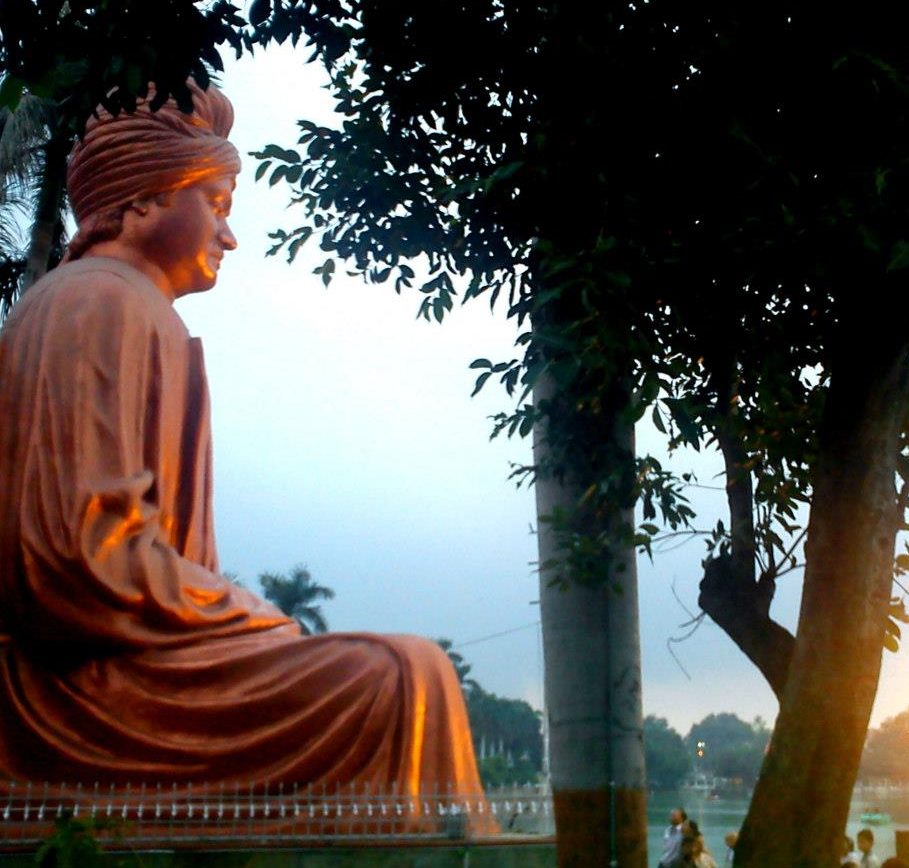 If you are on the lookout for a good spiritual place, then the shrines of Banjari Mata temple are undeniable the best place to visit in Raipur for you. Devoted to Goddess Banjari Mata, this is one sacred sightseeing spot that attracts devotees from far and away. Apart from the strong religious beliefs, the place is also immensely popular for its calm and peaceful atmosphere. One of the reasons why the temple receives hundreds and thousands of devotees is because of its authenticity and exquisiteness. The sacred aura of the temple will make you forget all about your worries. 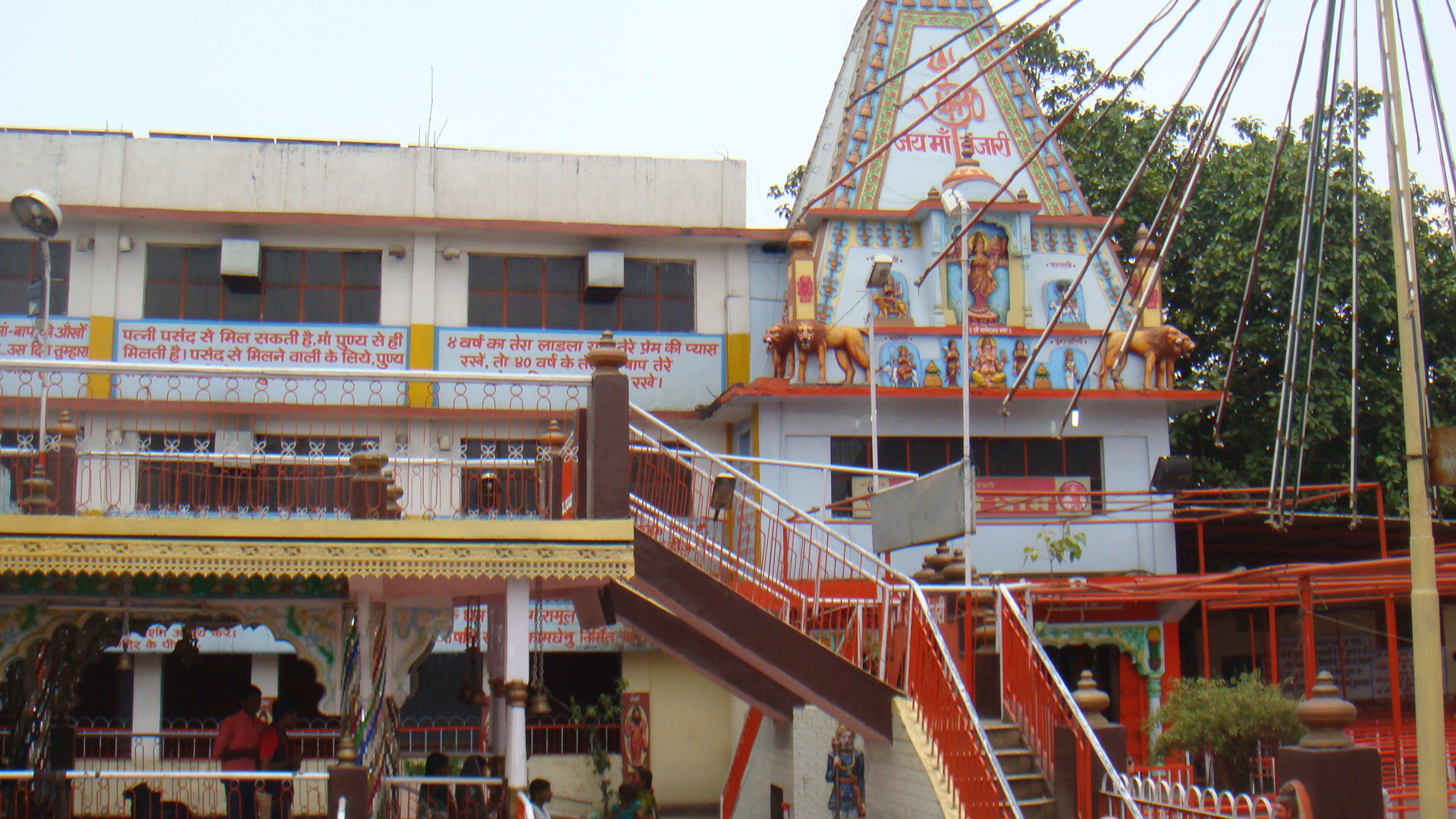 With a plethora of festivals, expansive shopping outlets, plenty of exciting sightseeing attractions, and mesmerizing city landscapes, a vacation at Raipur is rightly placed on the bucket list of many.

Like many major cities of the country, the Raipur city also experiences a tropical wet and dry climate. Although the temperatures remain mostly moderate and bearable throughout the year, the summer season with the temperatures soaring high up to 48 degrees Celsius can get extremely hot. As far as the monsoon season is concerned, the city receives average rainfall. The winter season is also mild with the temperatures dropping sometimes to 5 degrees Celsius. Hence, one can visit the city anytime but if you are planning to go on a lot of outdoor sightseeing and adventure, then the best time to visit Raipur, Chhattisgarh for you will be in the winter season. The city experiences the winter season from the beginning of the month of November till the end of January. The temperatures during this period remain comfortable and pleasant for sightseeing.

How to Reach Raipur, Chhattisgarh?

Raipur is regarded as one of the most popular tourist places to visit in Chhattisgarh and receives hundreds of people from all over the country. It is well – connected to plenty of major cities of India through multiple means of transport. Some of the best ways to reach Raipur, Chhattisgarh are:

Q1. Till when Raipur was a part of Madhya Pradesh?

Ans. Raipur belonged to Madhya Pradesh till the year 2000.

Q2. What is the staple diet of the locals of Raipur?

Ans. The staple diet of the people of Raipur includes wheat, lentils, maize, rice, and jowar.

Q3. How is the landscape of Raipur? 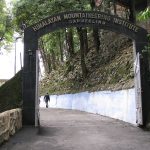 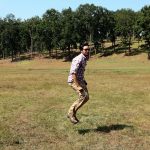 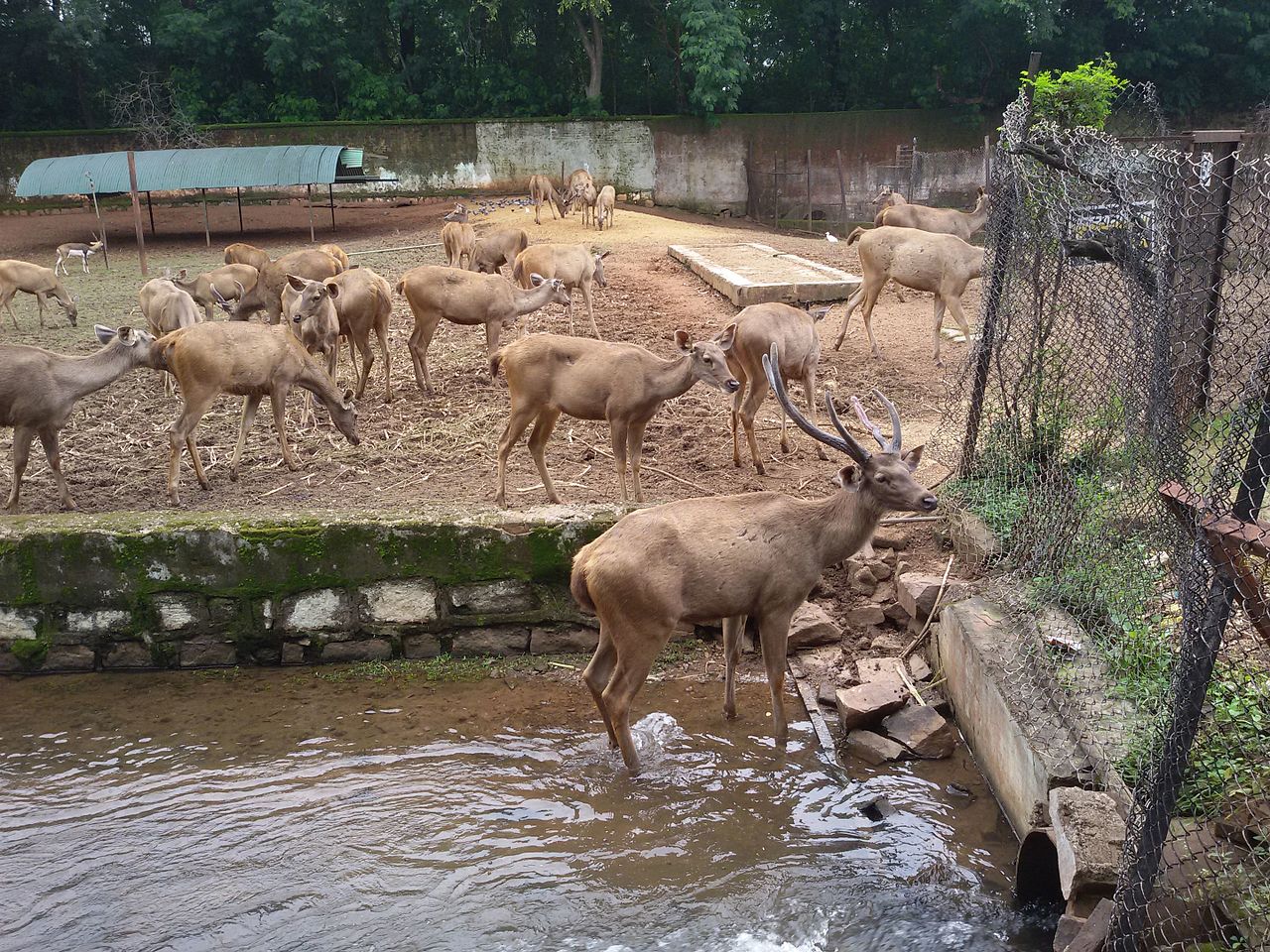