Sweden has two seasons that are winter and summer. The southern part of Sweden enjoys warmer temperatures during summer and milder winter than Finland and Norway. The weather is milder of warm temperature drifts from the south along the Atlantic Sea to the North Sea. The snow stays on the ground for six months from mid-October to mid- April. During summer, there is up to 24-inch rainfalls in North and south of Sweden. Most of the rain falls along the Norway border

Winter Temperature- The winter temperature of Sweden fluctuates around 00 C (320 F) during winter and about 200 C (680 F) during summer. South is always warmer than the northern territory of Sweden. 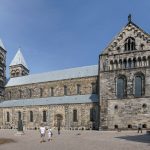