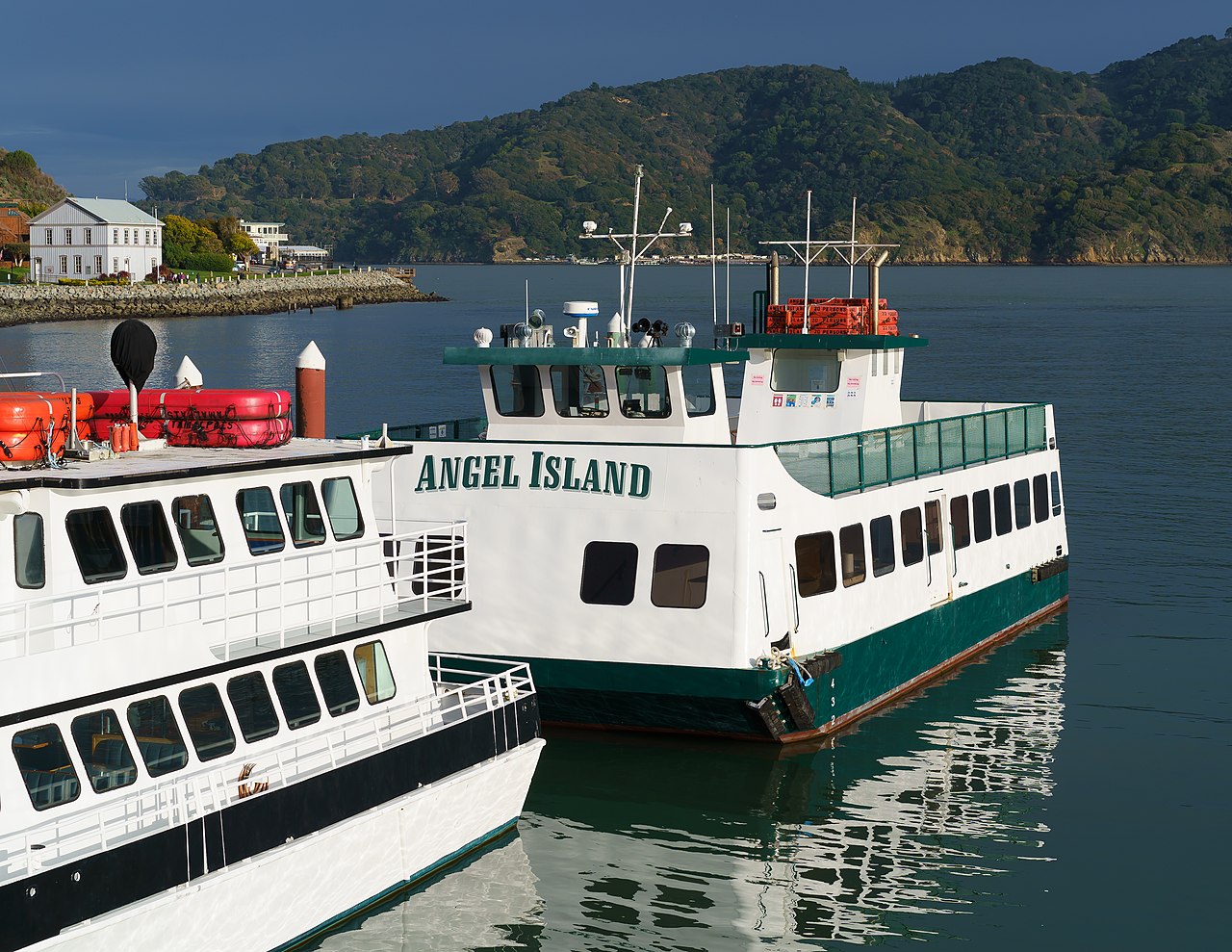 San Francisco may be just 49 square miles in area, but don’t be fooled by its diminutive size. There’s a lot more to do here in SF than you would think. San Francisco is unlike any other city globally, with everything from America’s only mobile ancient milestone to North America’s biggest Chinatown to more than 300 secret stairways and much more. San Francisco is provided with a plethora of natural features that make it a paradise for adventurous outdoor activities right in the heart of the city. One can spend weeks, if not years, in San Francisco and still not do all the city has to offer in terms of activities and entertainment. Here’s a list of the best outdoor activities available only in this incredible area.

Golden Gate Park is the place to go if you want to get out of the city without really leaving it. Golden Gate Park, the largest man-made park, provides a haven of nature right in the middle of San Francisco’s urban chaos. The park is big enough to fully separate you from the city’s bustling crowds and surround you in a stunning and vibrant natural setting, covering 1.5 square miles. The beautiful, exotic elegance of the Japanese Tea Garden; the National AIDS Memorial Grove; and the family-friendly Strawberry Hill are only a few of the park’s interesting points of interest.

2. On the Bay, Go Sea Kayaking

Do you think a cruise on the Bay would be fun? Try paddling in the water. This is an excellent experience for those who want to go on an adventure and become more interested in a sport. Kayaking on the Bay is a thrilling and breath-taking way to experience San Francisco’s clean and pure waters. Paddling out to catch a Giants game is often a fun evening activity, and kayakers have been known to catch home runs from their perches on the water. It tends to be one of the best adventurous activities in San Francisco.

You can hire kayaks and paddle around Angel Island, Sausalito, Tomales Bay, and a variety of other places in the area. Moreover, the historic flora provides authentic beauty to the place.

3. Take In The Sights And Sounds Of Muir Woods

An idyllic, majestic grove of ancient old-growth Coastal Redwoods can be found only a short drive north of San Francisco. The iconic Sequoia trees are a popular destination for nature lovers and photographers alike. Although the park’s more easily accessible areas can get crowded, there are plenty of trails to choose from that will allow you to enjoy the park’s natural beauty.

4. A Cruise On The San Francisco Bay Is A Great Way To See The City

One of the best adventurous activities in San Francisco is going on a cruise. From the Bay, there is no better way to see San Francisco. San Francisco has been characterized and influenced by the landscape, location, and waters that surround it since its inception. The powerful winds from the Bay, the cool breeze, and the constant fog produce an atmosphere that is unlike anywhere else in California. While navigating the Bay, you’ll get stunning views of the Golden Gate Bridge and Alcatraz Island, two of the city’s most important landmarks. Slow ferries to Alcatraz, high-speed powerboat tours, and wind-whipped sailing cruises are all available on the Bay. Getting out on the water, regardless of how you ride, is one of the best outdoor activities in the world.

5. Take A Trip To Angel Island By Ferry

San Francisco is just a short ferry ride away from Angel Island. The views of the city, Marin County, and Mt. Tamalpais are unrivalled. The island is rich in historical relics, mostly old forts, and military outposts; however, the main attraction is the island’s natural beauty, which spans over 700 acres.

The Seward St Slides are located in Seward Mini Park. A 14-year-old girl from Seward Street constructed two massive concrete slides. These slides, on the other hand, are geared toward adults rather than infants. The easiest way to deal with these concrete slides is to race a buddy down to the bottom while sitting on cardboard, as this helps people slip down quicker and avoid being stuck at the bottom.

At least once, everyone must walk, cycle, or drive over the Golden Gate Bridge, preferably not when Karl the Fog decides to join in. To the east, the 4,200-foot suspension bridge offers views of San Francisco’s skyline, and to the west, the Pacific Ocean. The bridge has a certain allure, even on a foggy day. The Golden Gate Bridge, which opened in 1937 and spans 1.7 miles, has around 120,000 vehicles passing through it.

8. On a Billy Goat Hill Rope Swing, Take In The Scenery

Rope swings aren’t just for youth, after all. These fun swings can be found at the top of Noe Valley’s Billy Goat Hill. The rope notably swings arc out all over the edge of the hill, giving abundant chances to the visitors to watch the ground crumble underneath them — plus, you’ll get great views of the capital. This activity also gives you a view of the beautiful city that is lit up at night.

9. Fort Funston Is A Great Place To Hike

With wind-swept views of the beach and an extensive network of trails, Fort Funston is another popular hiking destination. Hiking and horseback riding are common on the trails surrounding the fort. The loop trails around the fort are usually gentle, making them ideal for those who want to take in some fresh air without having to hike up too many steep or challenging hills. The place is also recommended for bird watchers. The cliffs near Ft. Funston are one of only two known coastal breeding sites for these birds, which were once common in the region. Ft. Funston is also a fascinating look at San Francisco’s past, not only because of the military background but also because of the sand dunes dating back to ancient times. Because of the historical remnants this place has, it is also touted to be one of the best adventurous activities in San Francisco.

The Cable Car in San Francisco is America’s only mobile ancient milestone. You can take the Cable Car downtown or one of the other routes mentioned here, which start at the top of Lombard St. The ride is shockingly exciting at just nine miles per hour, particularly when one hangs off the side of the car and holds on to the pole as it travels up and down San Francisco’s hills.

More than 300 secret stairways can be found in San Francisco. They’re often used to get to areas that are otherwise unavailable, such as alleyways. These stairwells include pedestrian traffic routes or peaceful places to gather or exercise on occasion.

San Francisco’s beach atmosphere is somewhat different from that of Southern California; there aren’t as many people lying in the heat here. In reality, you’d have to be fortunate to find the sun on most of the Bay Area beaches. The majority of the time, cold temperatures and scary waves prevent people from swimming at the beach. But the beaches of San Francisco have their charm and beauty.

13. In The Neighbourhood, You Can Rent A Bicycle

Despite its hills, San Francisco is a popular destination for cyclists. Renting a bicycle is the cheapest way to explore the place and enjoy — just be mindful that you’ll be going up and down many of San Francisco’s notorious hills. Bike tours with a guide are another excellent way to learn about the region.

In Marin County, mountain biking is extremely common. In reality, Mt. Tam and its environs are said to be the birthplace of mountain biking, which is why it falls under the list of best adventurous activities in San Francisco. Mountain biking enthusiasts invented new materials and creative ways of modifying bikes at Mt. Tamalpais, despite the fact that people had been riding bikes on mountain trails before it became commonplace here.

San Francisco, one of the USA’s most lively cities, attracts visitors from all over the world due to its alluring elegance. As a result, millions of tourists leave their hearts in San Francisco after their stay. San Francisco is consistently voted one of Condé Nast Traveller’s “America’s Favourite Cities” year after year. There is no match for a city like San Francisco because of its diverse culture, delicious food, moderate climate, beautiful scenic locations, and friendly and open-minded people.

Moreover, the place can be discovered in a day. Thus, it does not take much of a traveler’s time. It is also known as heaven for foodies as it has the best restaurants in the world. With world-class museums, unpredictable weather, alluring beaches, diverse flora and fauna, and great ambiance, it provides the best adventurous activities one can experience and remember for a lifetime. 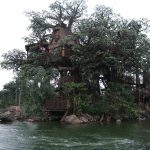 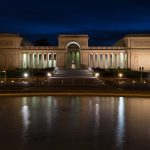