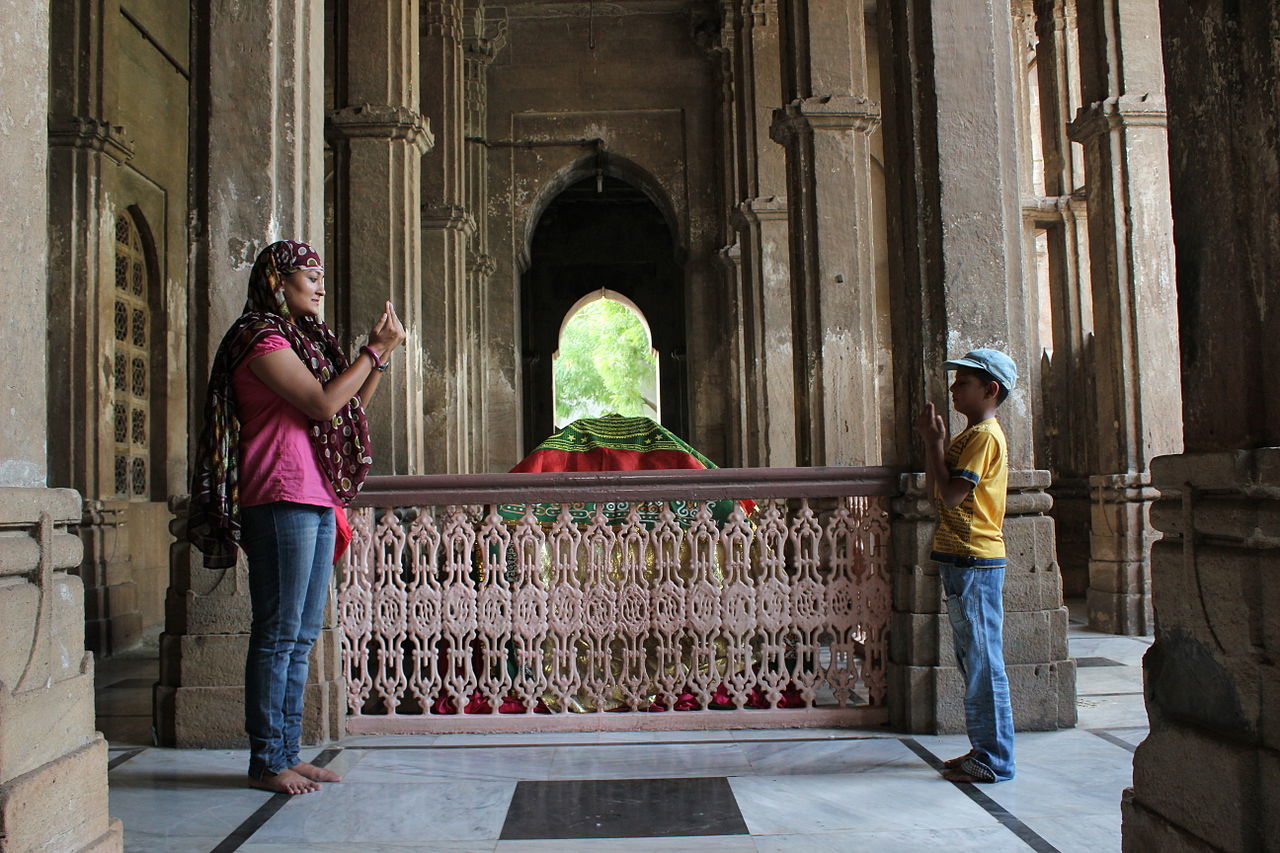 The Ahmad Shah tomb is in Ahmedabad and is home to one of the oldest mosques in Gujarat. The founder of Ahmedabad, and Gujarat’s first independent sultan, Ahmad Shah I commissioned it. Experts say that the royals used it as a personal prayer hall. Some also regard it as the Junni Jama Masjid, which means the old Jama Masjid. The exact address for Sultan Ahmad Shah’s Mosque is Ahmadshah Badshah’s Tomb Off, Gandhi Rd, Manek Chowk, Ahmedabad, Gujarat 380001.

The Ahmad Shah Tomb and mosque is in the middle of the Ahmedabad city and is one of the most accessible tourist structures in Gujarat. It is a formidable structure. You won’t see a lot of intricate carvings on the outer walls of the Ahmad Shah Tomb and mosque. There are several pillars in the mosque area, with some experts saying they number more than a hundred and fifty. You will also see the windows with the unique jaali, a covering that has intricate carvings, to provide shade to the windows. The jaali is one of the many ancient architecture pieces that have today become part of modern architecture as well. Today, one sees jaalis on the windows for a more logical use, to prevent birds and insects from coming inside the house.

Image Source
The entire Ahmad Shah Tomb and mosque area has more than a hundred and fifty-two pillars. The entry to the mosque is a garden path and is an excellent location for a calming walk among nature. The garden has a variety of flowers, plants, and trees. Greenery lovers should make it a point to visit the tomb area.

The Ahmad Shah Tomb and mosque area consists of a central hall and four verandahs. The central hall has the tombs of Ahmad Shah I and his son and grandson. They are next to each other and are decorated and maintained well. The main tomb area has a dome with a spiraling design, which is unique as most of the tombs and mosque we see in Gujarat has a lotus design.

There are some other decorations in the main hall as well, where women aren’t allowed to enter. Just next to the Emperor’s tomb are the tombs of the Queens of Ahmad Shah., which date back to 1445. The unique aspect of the tombs is that they are on an upper floor, as compared to the other tombs that we see, generally on the lower floor of a structure.

You can spend around an hour exploring the entire Ahmad Shah Tomb and mosque, marveling at the architecture and the structure. The tomb and the mosque structure is one of the few that tell us about India’s vivid history and the dynamics that make the country that it is today. Every day, several devotees come to pay their respects to the tomb. Because it’s the tomb of royalty, you will find people from all over the country and world coming to experience the grandeur that was once Indian royalty.

The Ahmad Shah Tomb and mosque is an excellent study for anyone interested in ancient archaeology and India’s history. Keep in mind that you are not allowed to photograph or take videos of the tomb. Like when you visit every other religious place, make sure that you dress conservatively, and this goes for both men and women. Also, because this is a place of worship, make sure that you maintain decorum among the other visitors.

The other must-experience aspect of the Ahmad Shah Tomb and Mosque is the naubat, a traditional orchestra to signify the arrival and departure of the king, as well as welcoming dignitaries. At the tomb, the naubat still plays, in memory and reverence to the king. The naubat has played on for generations and is something that you don’t find at other places.

The tomb and mosque are in the urban area, so you will see several shops outside that sell you snacks and beverages. The entry to the Ahmad Shah Tomb and mosque is through the winding roads of Gujarat, and that is a surreal experience in itself.

Places To Visit Near Ahmad Shah’s Tomb and Mosque:

There are some other places in Ahmedabad that you can visit if you are at the tomb. The famous Jama Masjid is nearby. The other locations in Ahmedabad that you can visit are the Calico Museum of Tiles, the Gujarat Science Society, the Lalbhai Dalpathrai Museum, the Sanskar Kendra, the Sardar Vallabhai Patel National Museum, the Swaminarayan Museum, and the Gandhi Smarak Sanghralaya. Ahmedabad is also the birthplace of some important personalities of India, Mahatma Gandhi and Sudama. There are places that are a nod to Mahatma Gandhi’s legacy. Gujarat is also the home to the only temple of Sudama, the character from Indian mythology who was Lord Krishna’s close friend. 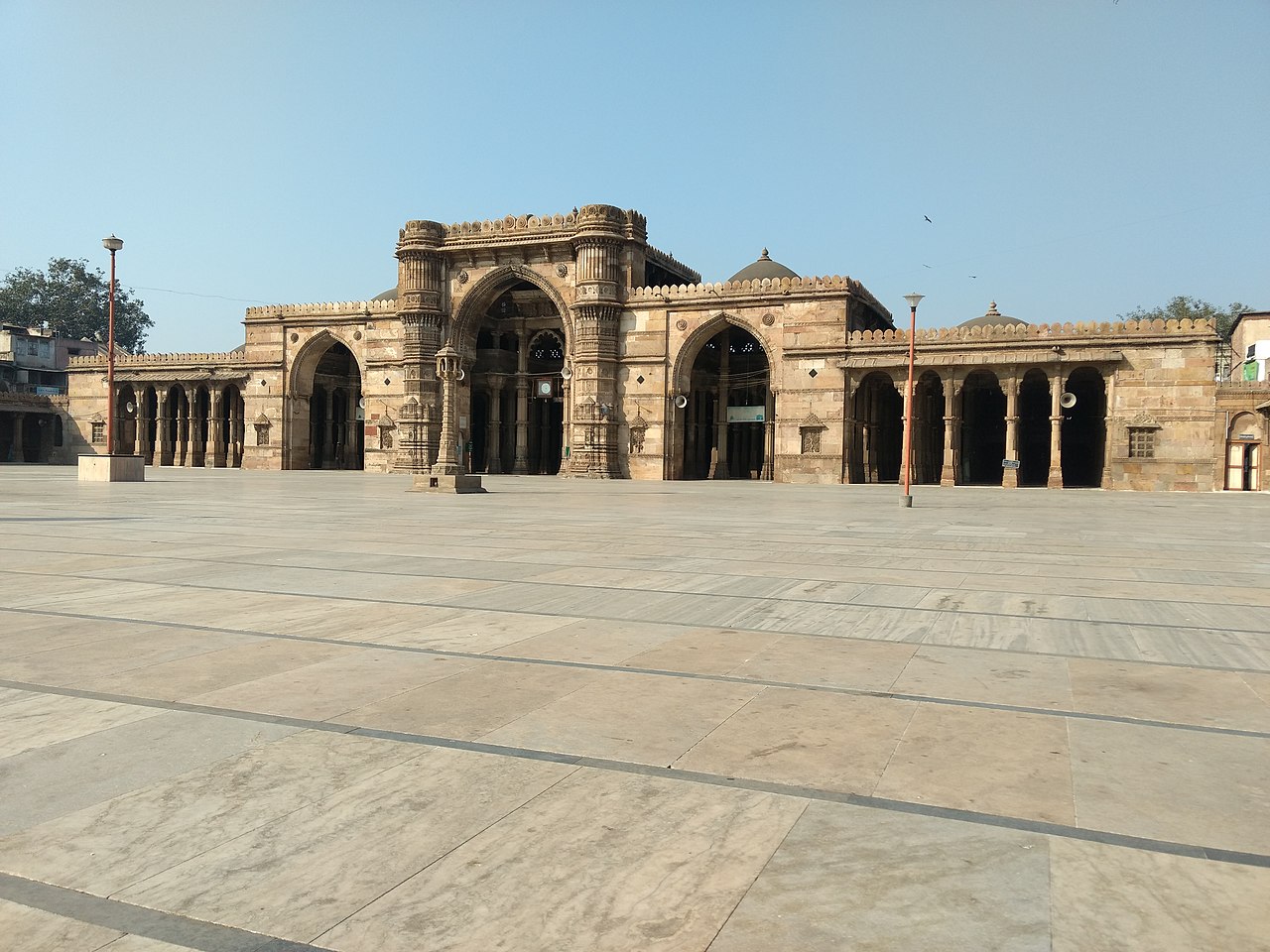 Image Source
Ahmedabad is a popular tourist location, and several hotels offer you budget accommodation. The minimum price for a hotel room in Ahmedabad for a day is about 1000 rupees. Depending on the comfort and amenities you are looking for, you can even get rooms for 7000 per day.

Since Gujarat is a dry state, there’s no question of consuming alcohol in a public place anyway. So, make sure that you make your queries about such aspects before you make that online transaction and book the room.

How to Reach Ahmad Shah’s Tomb and Mosque in Ahmedabad?

Ahmedabad connects the important cities in India. You can travel by bus, train or flight. The Ahmedabad railway station is on all the major railway routes. You will also see several bus routes connecting Ahmedabad, private buses as well as the State Transport buses connect Ahmedabad to cities like Mumbai, Pune, Bangalore, etc. 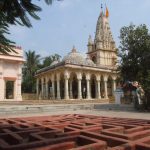 Sudama Mandir in Porbunder: The Only Temple in Dedication to Sudama (2023) Previous 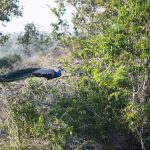 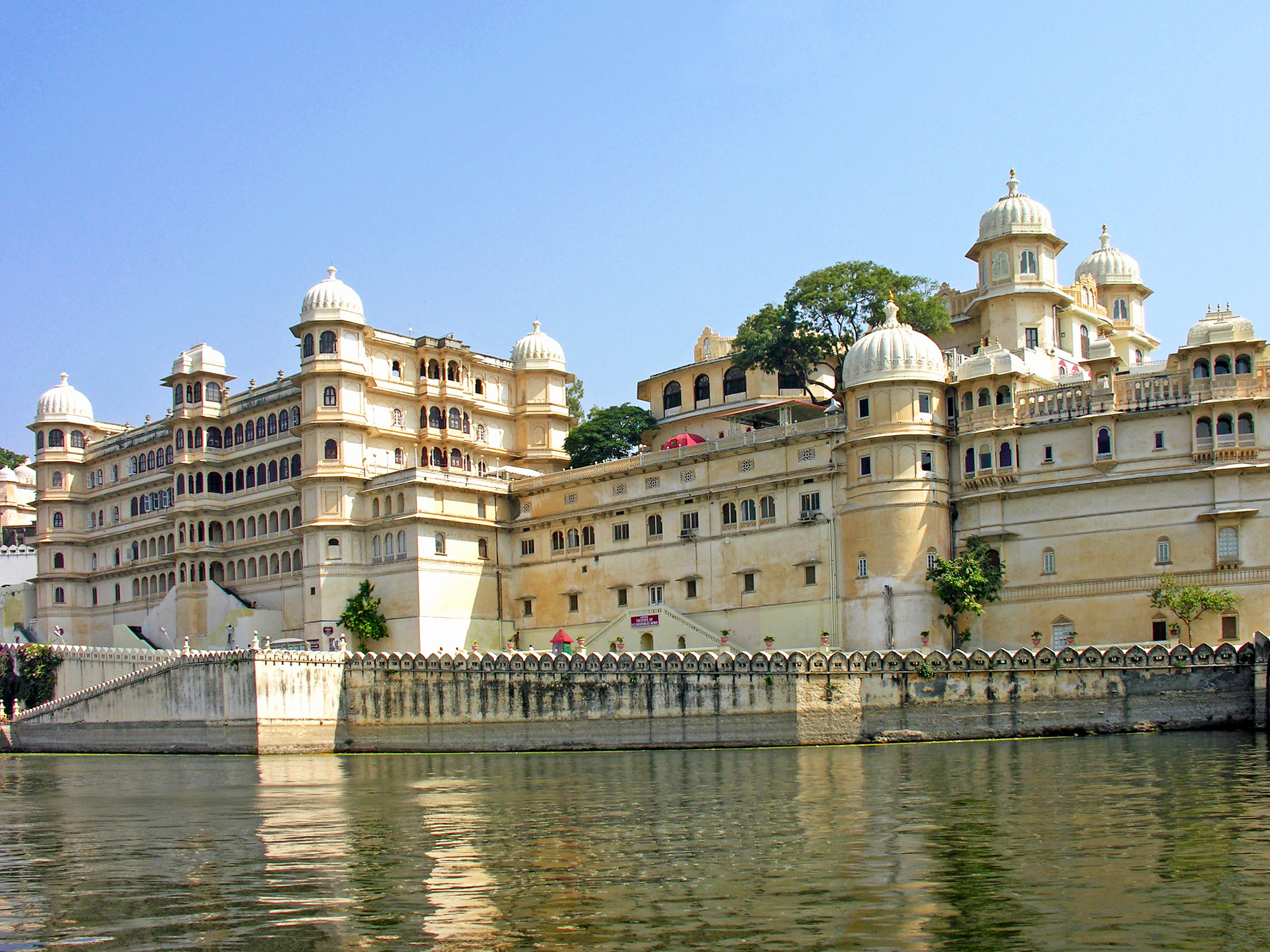 6 Most Fascinating Weekend Destinations from Ahmedabad (2023) 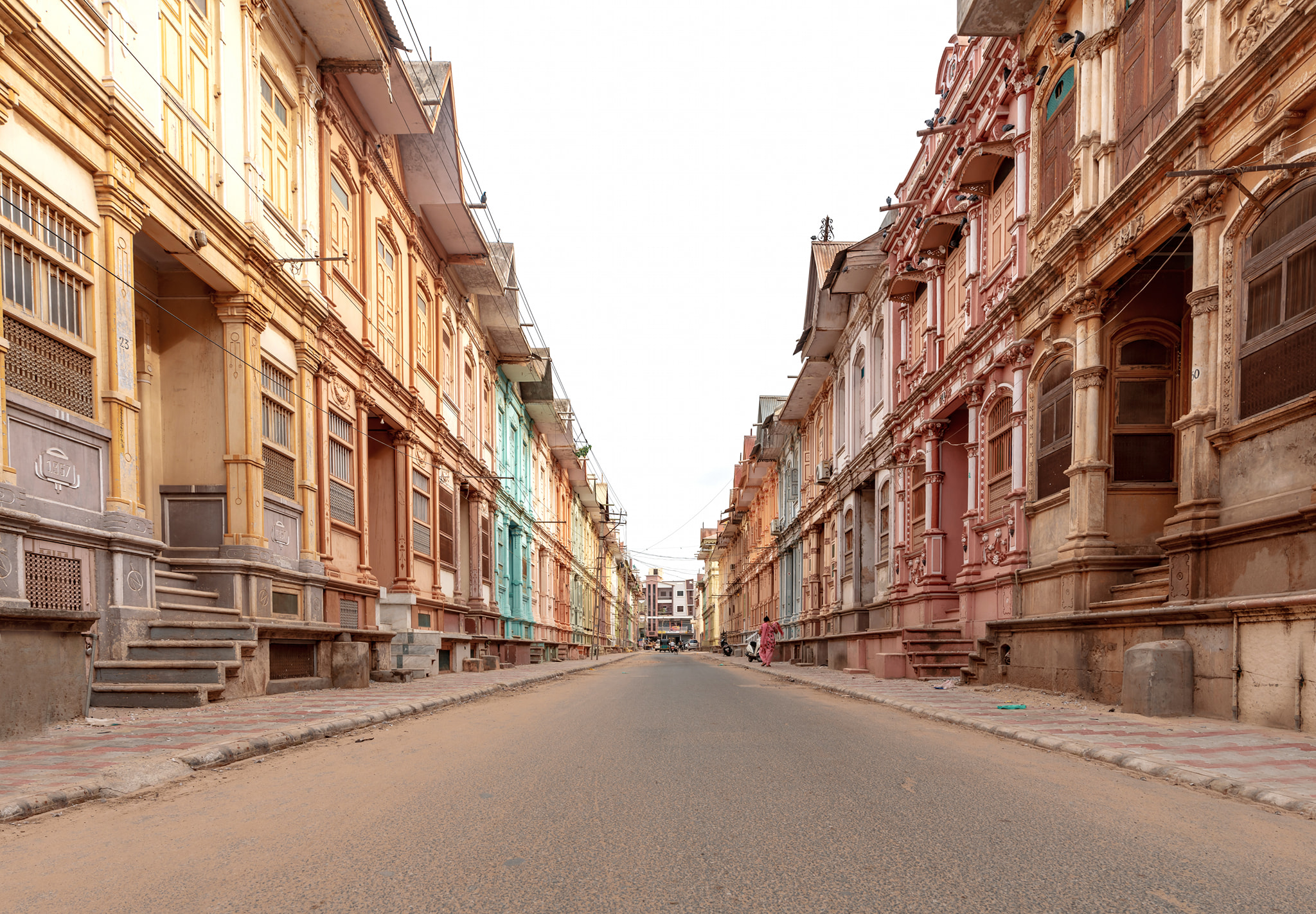 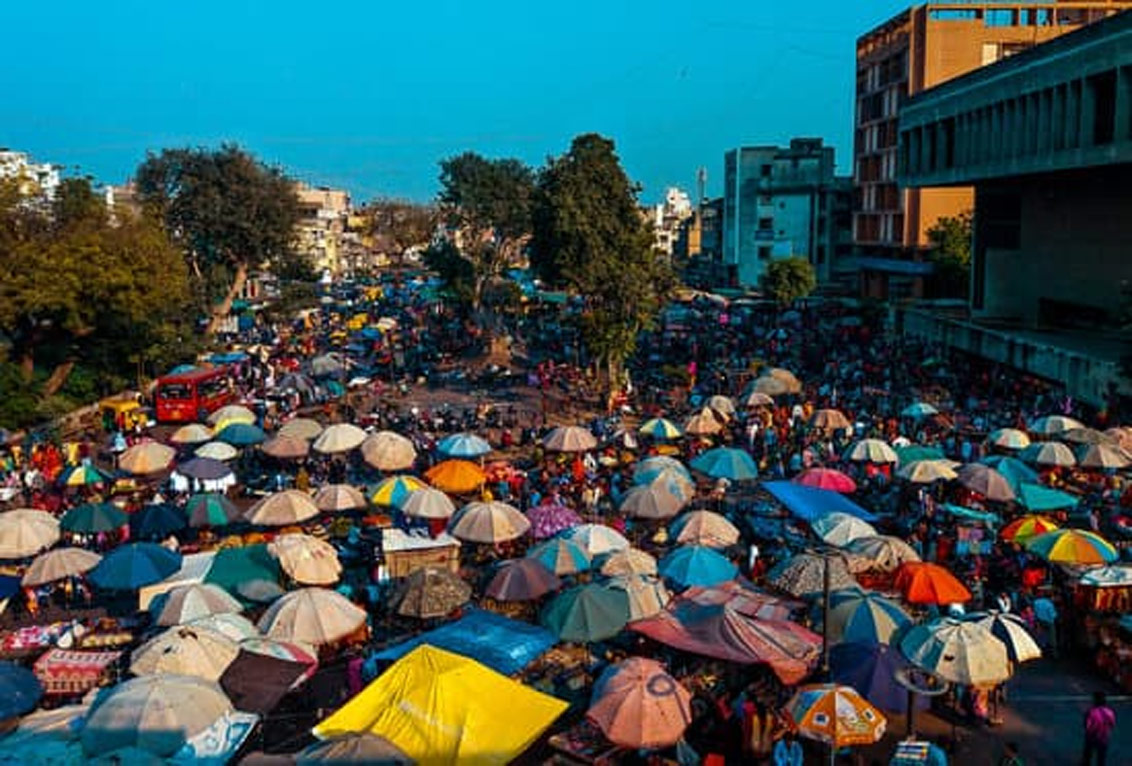