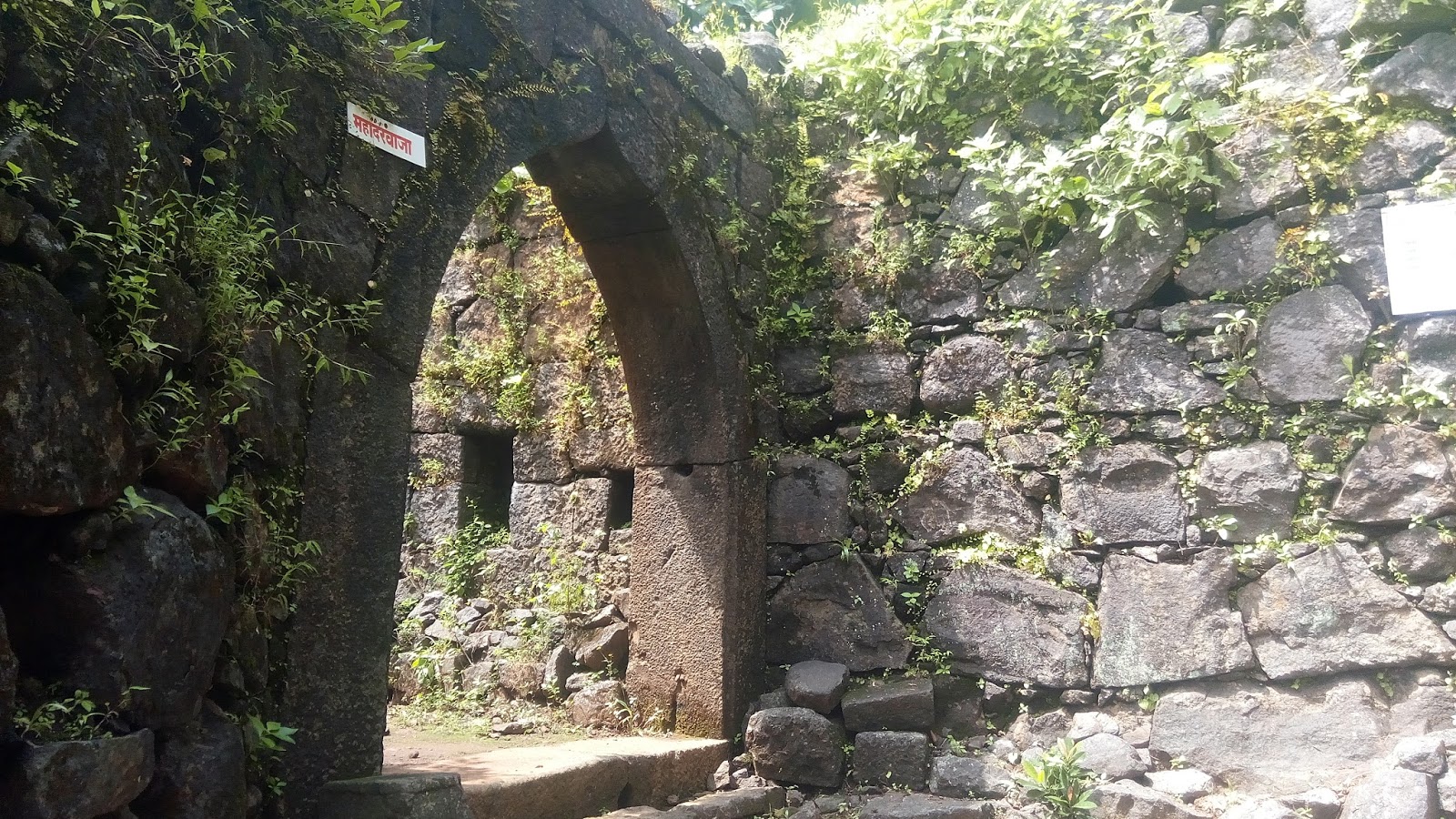 Avchitgad Fort: The Fort Overseeing Others (2023)

Avchitgad fort is popular among tourists and trekkers. The fort is in the Sahyadri Hills of the Raigad District in Maharastra. The name of the Avchitgad fort means ‘in a hurry.

The Avchitgad trek is one of the few treks in the Maharashtra region that make you feel isolated from the world and give you the idea of being away from the world. That is because there is a longish trek that takes you further and away from the hustle and bustle of the city and even the buzz of a village – sounds and voices that we are now accustomed to.

The Shilahar Kings built Avchitgad fort. Shivaji Maharaj carried out fortifications in the fort, and the British defeated the Peshwa to take control of the fort.

Avchitgad fort is in a relatively better condition and strong. Most of its structures are recognizable, even years after their creation and supposed destruction.

Avchitgad fort has some cannons and bastions. The wall at the entry of the fort has a unique inscription, of a horse. Most other forts in Maharashtra have an inscription of either Lord Ganesha or a tiger.

On the way, you will see stones with ancient inscriptions and carvings of unnatural creatures, like an animal with wings and four legs.

The Avchitgad fort has the usual structures that we see in the forts all over the Konkan area. There are several water tanks to ensure that the residents of the fort always had a water supply. There is also a well at the spot that you begin the trek. Also, there is a unique, sixteen-sided lake in the fort.

The Avchitgad fort also has its fair share of temples and shrines. As you move along the fort, you will see shrines of Shree Khandoba, Bhavani Deli, and the Pingalsai Goddess. There is a total of four entrances to the fort.

Here. you will also find a special monument, built in dedication to Shivaji’s Sardar, Baji Pasalkar. 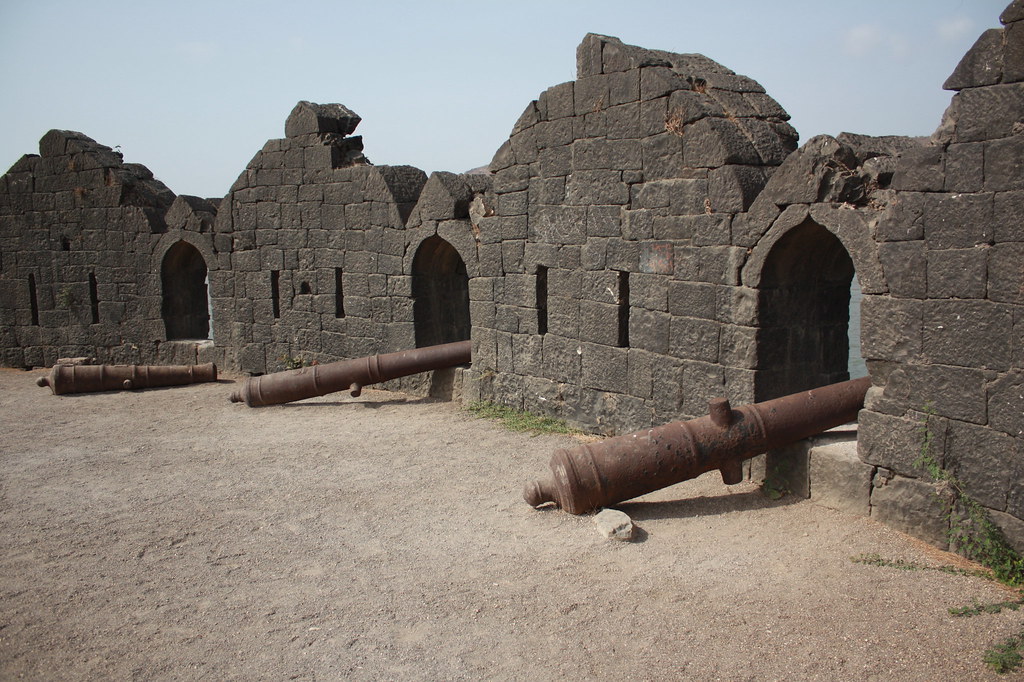 Going to Avchitgad Fort is a trek, and the path has lush greenery. This trek is a medium one. All that the trekker must do is walk through to the top of the fort. You get a beautiful view from the top. The trek to the fort is a great chance to have a look at the art themes from a bygone era.

Avchitgad is one of the rare forts where the cannons are still in the place where they would have been years ago, peeking from the ramparts and the bastions to decimate any enemy who tried to enter the fort, this makes for a visually beautiful moment.

The road to the fort from the foothills is through a dense forest. There is every chance that tourists will come across wild animals like foxes. The dense forest also means that there will be local insects and birds in abundance. So, you need to be about covering up every part of your skin. Walking through the forest and the dense greenery also means you can be exposed to several trees, leaves, shrubs, etc.

Avchitgad fort and the trek come alive during the monsoons. If you are new to trekking and want to try it out, you should check out the Avchitgad trek, as it does not have steep climbs or even steep stairs. There is no commercial activity around, so make sure that you carry water and some light snacks. If not going during the monsoon season, you will need sunglasses, a cap, and sunscreen, as the sun is at its sweltering worst in the Konkan region during the summer season.

Avchitgad Fort is in the Ratnagiri District of Maharashtra and does not have much commercial activity around, but there are forts and temples around that are worth a visit. Of course, you would require a whole day for each fort, so plan to visit these only if you have at least three days in hand. You can see some of the forts nearby and get an idea of how far each of these forts would be from Avchitgad. The forts you see are Raigad Fort, Talagad, Sarasgad, Ghangad, Sudhagad, and Savashnagad. Talagad is at a two-hour distance from Avchitgad. Sarasgad is at a forty-minute drive. Ghangad is at a two-hour drive from Avchitgad. Sudhagad is an hour’s distance from the fort. Here are other places that you can visit if you have time on your hands. 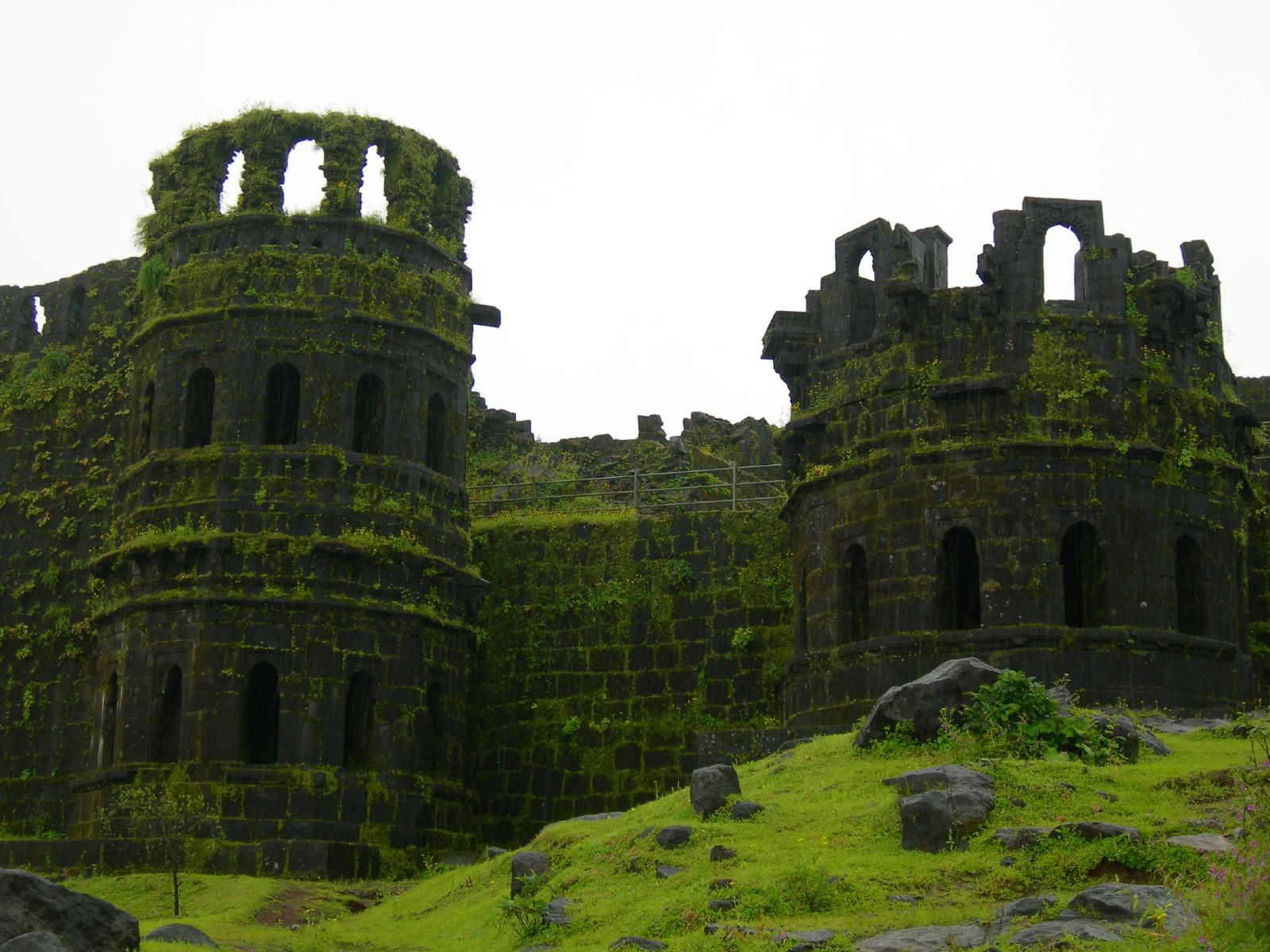 The Kuda Caves are in the Kuda village and are as old as 1 BC. The Buddhist caves have several reliefs of the Lord Buddha, the lotus plant, and wheels. The caves are at an hour from the fort. This is a must-visit place for anyone who likes to see old architecture and learn about ancient civilizations. 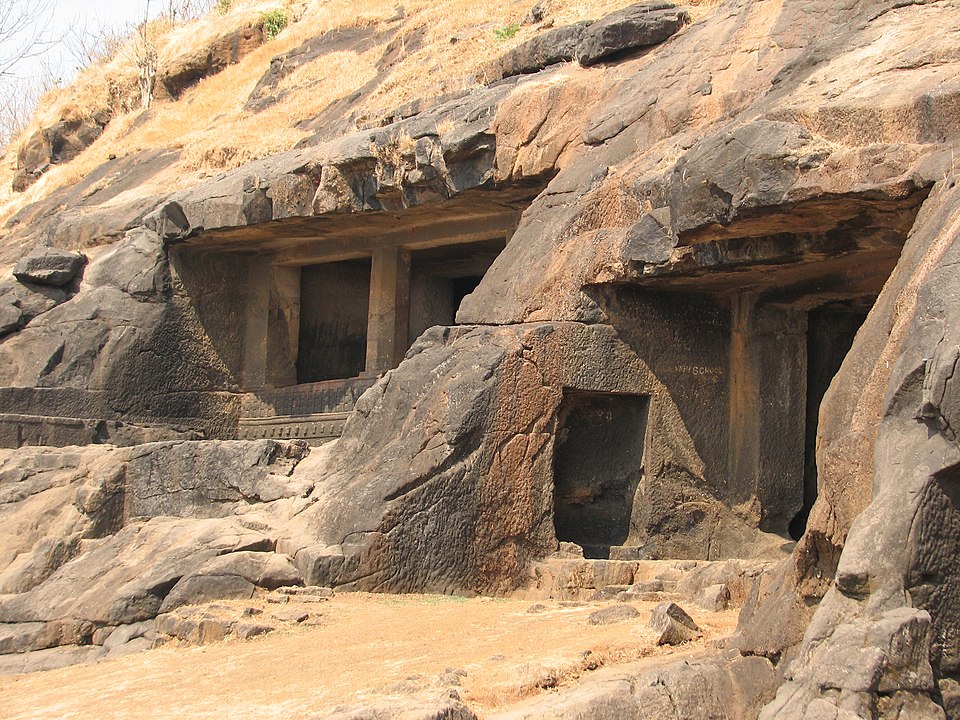 The Murud Janjira Fort is a whole new trek and is about two hours from the Avchitgad fort. This is a medium-difficult trek, so it will be difficult for anyone to cover two treks in as many days. 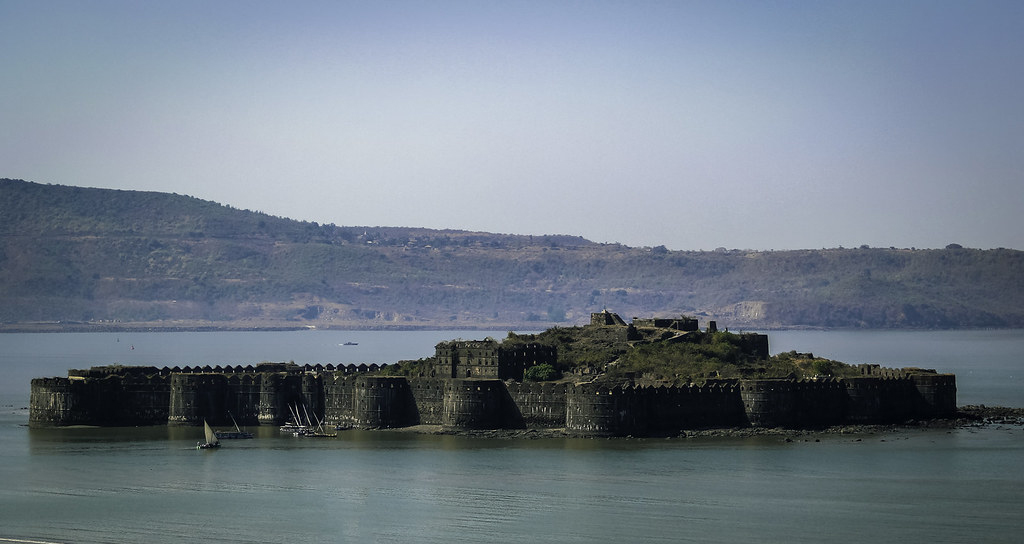 Also, at an hour’s distance is Alibaug, the place with several beaches that are a perfect getaway if you have done even one trek on a weekend. If you have the means, make it a point to visit the beaches of Alibaug. 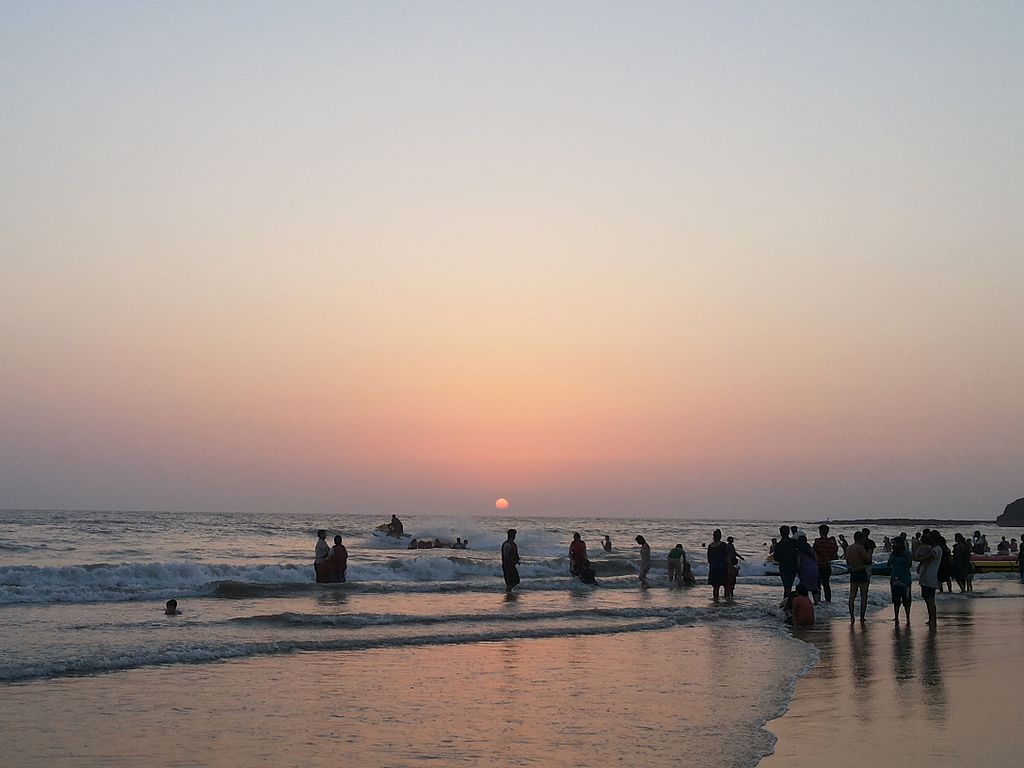 How to Reach Avchitgad Fort?

Avchitgad is in Roha, which is near Pune and Mumbai. There are several ST buses as well as luxury buses that start from Pune and drop you to Roha. The distance from Roha to Pune is about 150 km. You can also board a train from Pune Station to Roha station. The duration of the journey is six hours.

From Mumbai as well, you can travel either via the State Transport buses or the luxury buses. That time duration is about two and a half hours. You can also take a train from Dadar station to Roha Station. 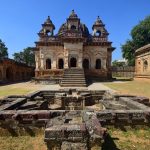 Chandrapur Fort: Where a Queen Built a Tomb For Her Husband, the King (2023) Previous 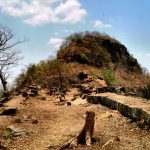 Ghosalegad Fort: The Fort of Unknown Origin in Roha Region of Maharashtra (2023) Next