Nyborg is one of the small towns in Denmark with a population of 17,270.

The Nyborg Castle was mentioned in the year 1193 as one of the residences of the Royal Family. The fortress was destroyed in 1867. The coastal city on the east side was involved in several wars against Sweden.

Tourist after a relaxing night at Nyborg drives 136 km (85 miles) to Copenhagen. The driving time is about 2 hours. Few tourists are dropped at the airport to take the flight back home or port of Copenhagen to take a ferry or train station to go back home by train. While few may stay one or two nights at Copenhagen for shopping and enjoy the hospitality of Danish city.

Such a 14-day tour is possible only if the tourist is traveling by a private tour bus or car. Visitors who prefer to travel by train and the local public bus will need an additional 3 to 5 days to see all these 24 places. 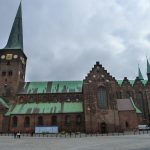 Aarhus: The Second Largest and Tourist-Friendly Town in Denmark (2022) Previous 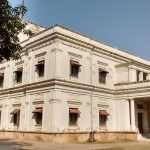 Aalborg City: 4th Largest City of Denmark that One Must Visit (2022)