The Dohany Street Synagogue in in Budapest is about 2.8 km from the Parliament building. This is one of the largest in the world outside of Israel. The Hungarian Jewish population was significantly depleted during the second world war. The building construction began in 1854 and was completed in 1859. The Moorish architectural synagogue has 3,000 seats and few more can stand.

The medieval interior construction is spectacular and spacious and is a great sight-seeing destination in Budapest. The exterior and garden were restored in 1990. The memorial in the garden has names of Jewish citizens killed during the war. 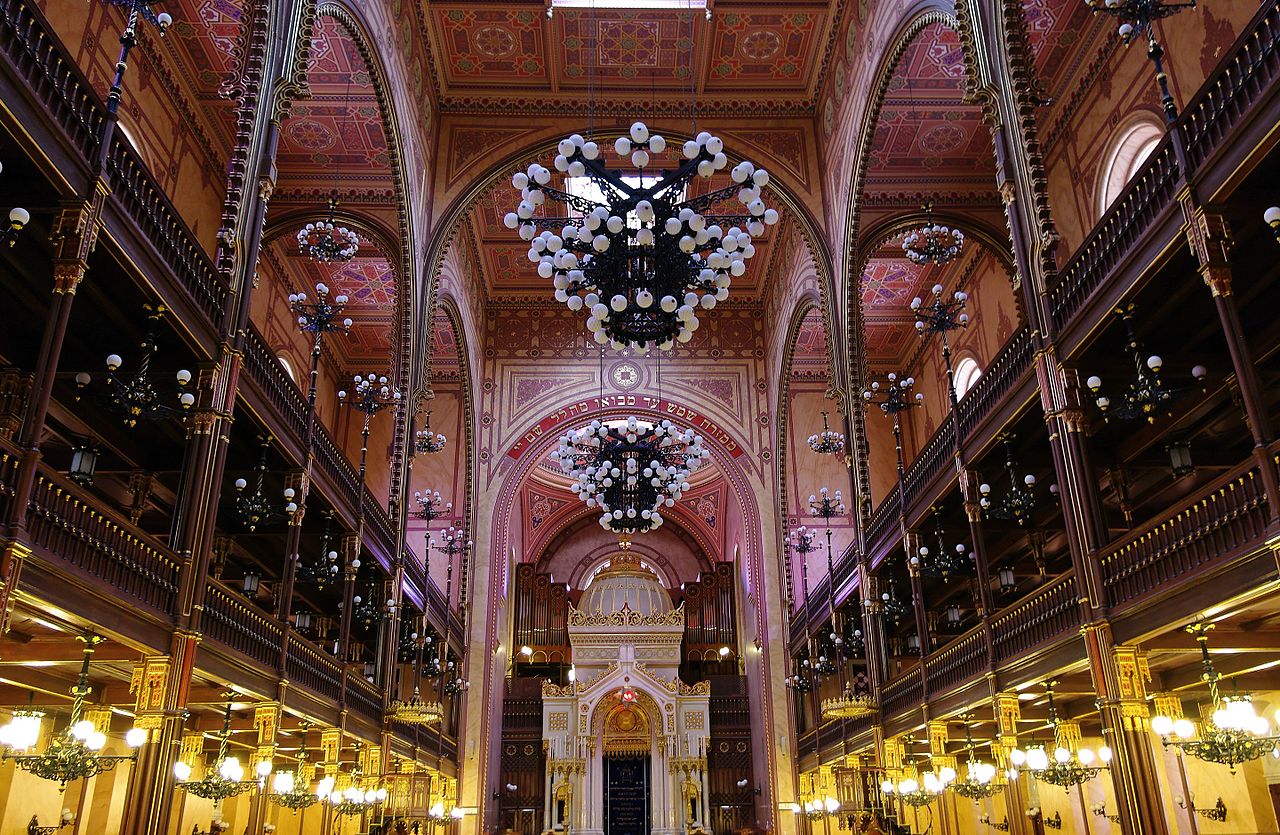