Norway is one of the small European countries with an area of 324,200 square kilometers (125,180 sq. mi). The size of Norway is twice the square footage of Florida. The north to a south distance of Norway is about 3,000 km. The capital town of Norway, Oslo, is the largest city in Norway.

The tourist may need 3 days to see all of Oslo. It is very difficult to drive all over Norway in one to two weeks. Most tourists come to Norway to spend 7 to 10 days. In one week most visitors can see places in Oslo and southern Norway. The traveling in public transport is often time-consuming because of odd hours and long waiting between cities. The choice of mode of traveling for visitors in Norway includes a rental car, tourist bus, train, public bus, and flights. Visitors traveling on international cruise ships get to spend one or two days in Oslo. International tourists from North and South America as well as visitors from Continents of Asia, Africa, and Australia come in a group of 10 or more. These groups are scheduled to travel by private tour bus to see the places in Norway.

International tourists from the neighboring country either drive or rent a car to see Oslo as well as most of Norway.

The following places can be seen by traveling in a rental car, bus or train. The small group of visitors or families of 6 and less often prefer to travel by rental car. Few young tourists prefer to travel by train to see most of the places described below. Visitors traveling in train, stay at the hotel and plan to visit the places or attractions that can be reached by public bus. Few rent the car in the city where visitors stop for a couple of days after arriving by train or flight. Tourist who decide to travel by train or public bus outside Oslo may need an additional 3 to 4 days compared to traveling by rental cat or flight.

The traveling Itinerary of Norway is divided in 5 zones. Tourists may need 3 to 4 weeks to see all the places in Norway described in this article. Visitors can return to Oslo from any of these zone and need not complete the entire traveling itinerary.

A. Oslo- Following 14 Places Are Worth Seeing In Oslo-

Most places in Oslo can be seen in 2 to 3 days. Tourists just visiting Oslo often stay for 7 days to relax, visit the best restaurants and see some shows in theatre as well spends more time at museums.

B. Four Places to See Southern and Western Norway

The tour of southern and western Norway needs at least 7 days of driving. The southern Norway tour includes staying at Kristiansand for 2 nights, Stavanger Region 2 nights, and 2 nights at Bergen. The 7th-day tourist will be driving back to Oslo from Bergen or continue the tour to Northern Norway.

The following places must be seen in the southern and western provinces of Norway.

C. Eight Places to See in The Northern Norway

D. The Northernmost Island and Province- 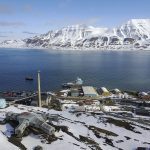 Svalbard: An Amazing Place to Visit in Norway (2023) Previous 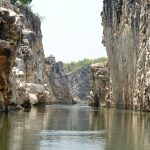